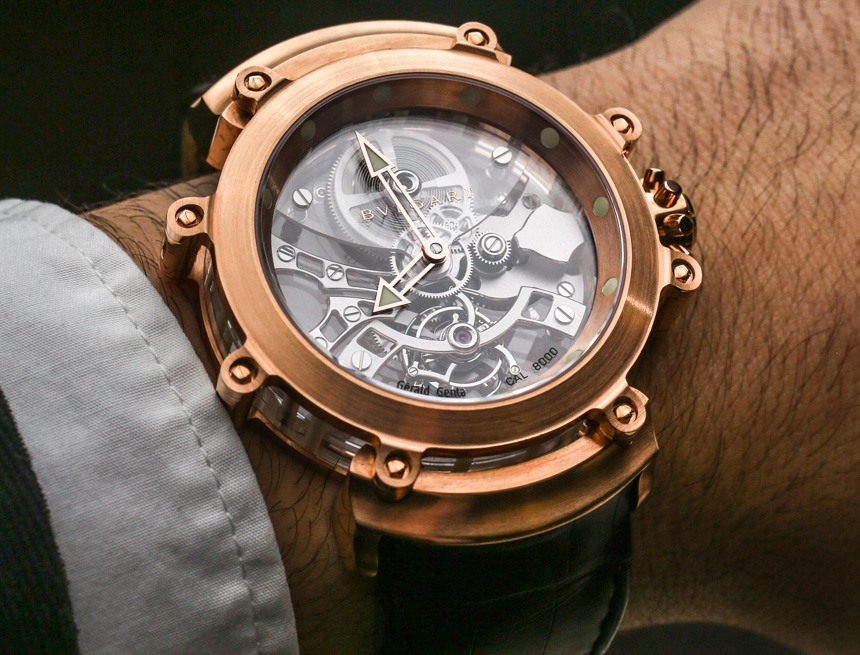 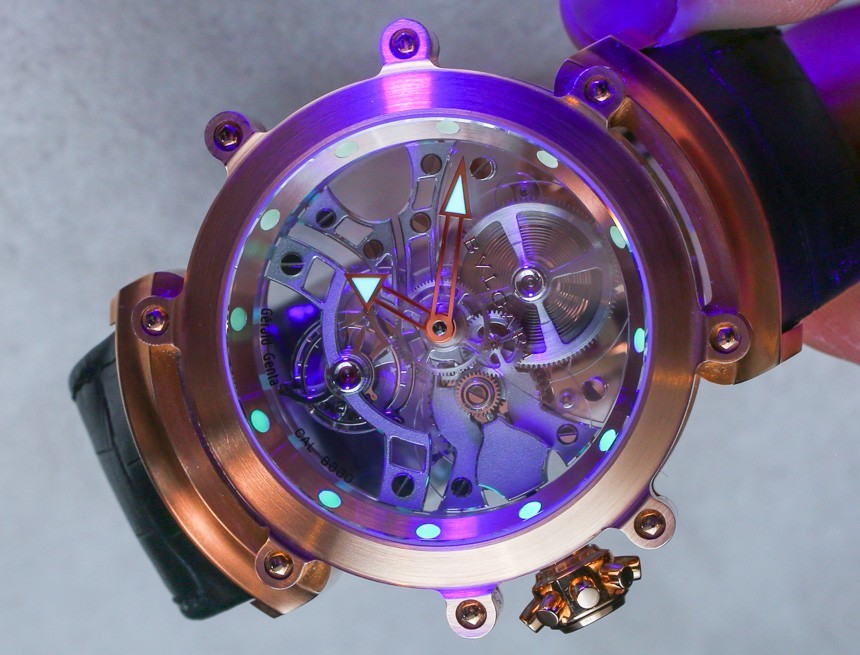 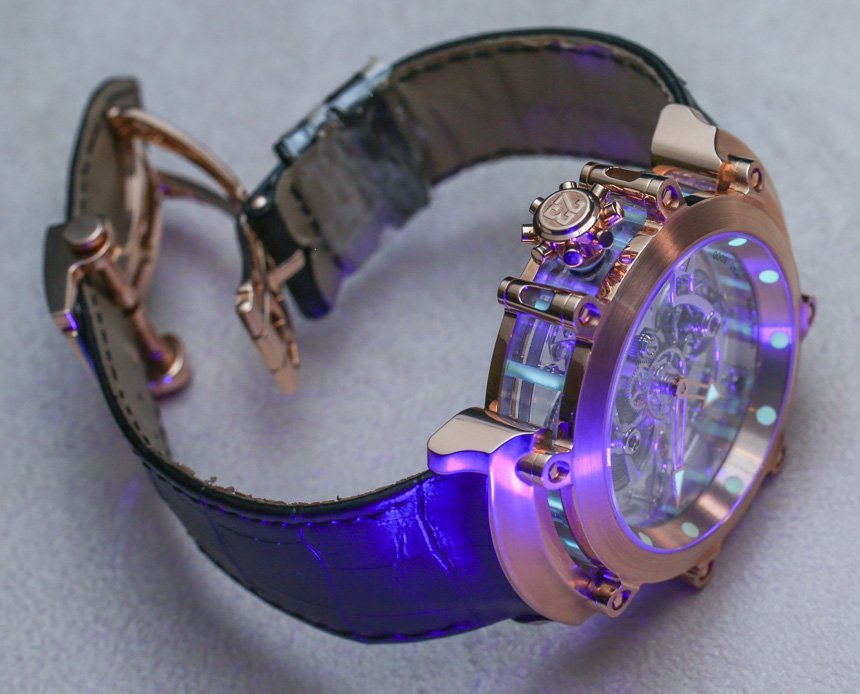 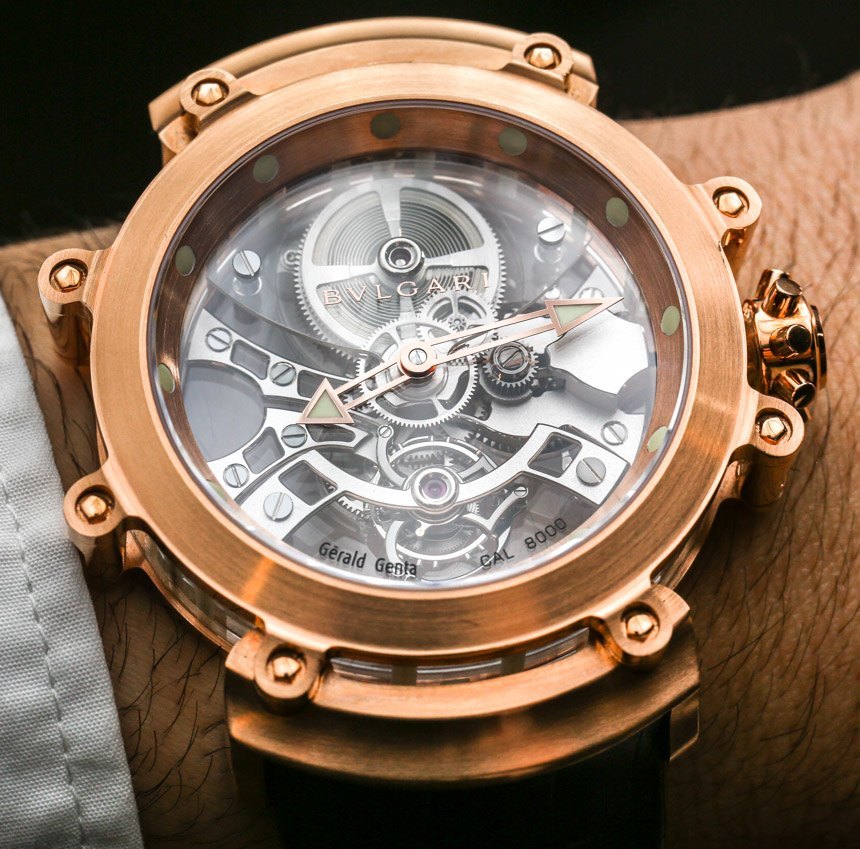 Where did this odd case design come from? The former Gerald Genta brand, of course – where else? The basic case design was released back in the wild times of 2009 as the Gerald Genta Arena Metasonic Sonnerie. During the financial crisis, Bulgari decided to absorb the Gerald Genta brand (that it owned) into the Bulgari brand and this Arena Metasonic was lightly transformed in the Bulgari Magsonic Grande Sonnerie (hands-on here). These vastly complicated watches include tourbillons and complex chiming functions. 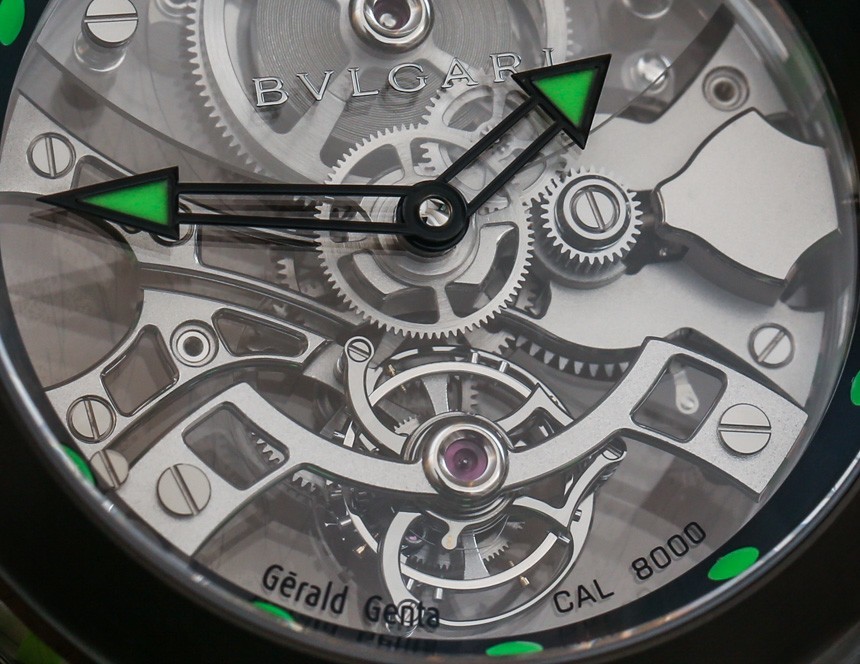 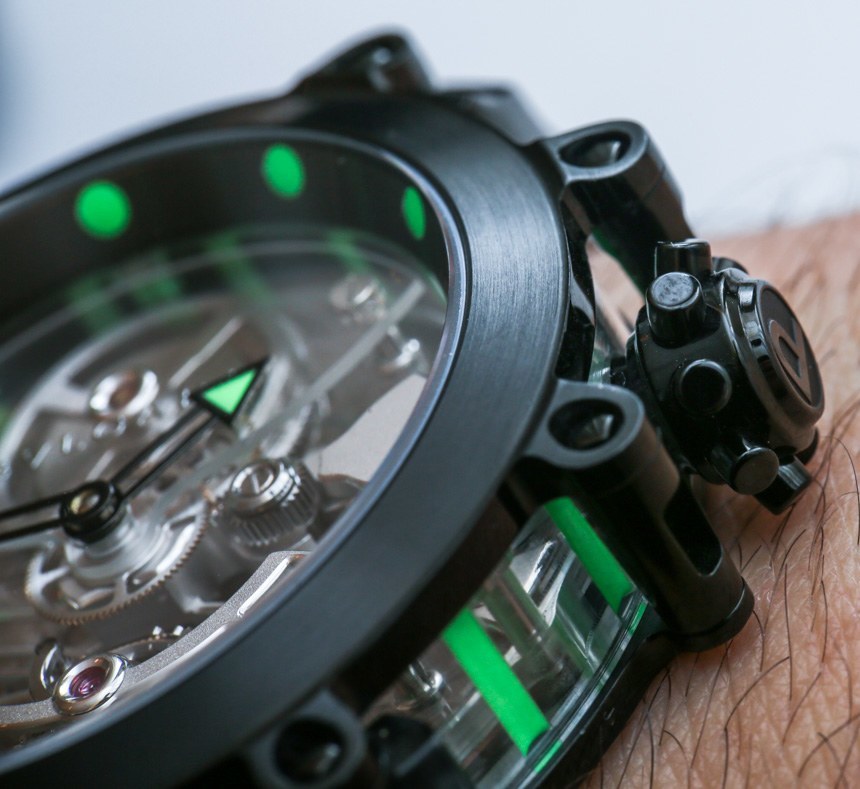 Complicated and extremely expensive, Bulgari might still produce a few of those here and there, but the unique case design was later adopted for the Bulgari Tourbillon Saphir collection. The biggest shame is that Bulgari has not come up with a special name to designate this particular case shape. “Tourbillon sapphire” literally just refers to the fact that the movement has a tourbillon as well as sapphire crystal bridges. The watch case is highly distinctive but is clearly suffering an identity crisis without a proper name. 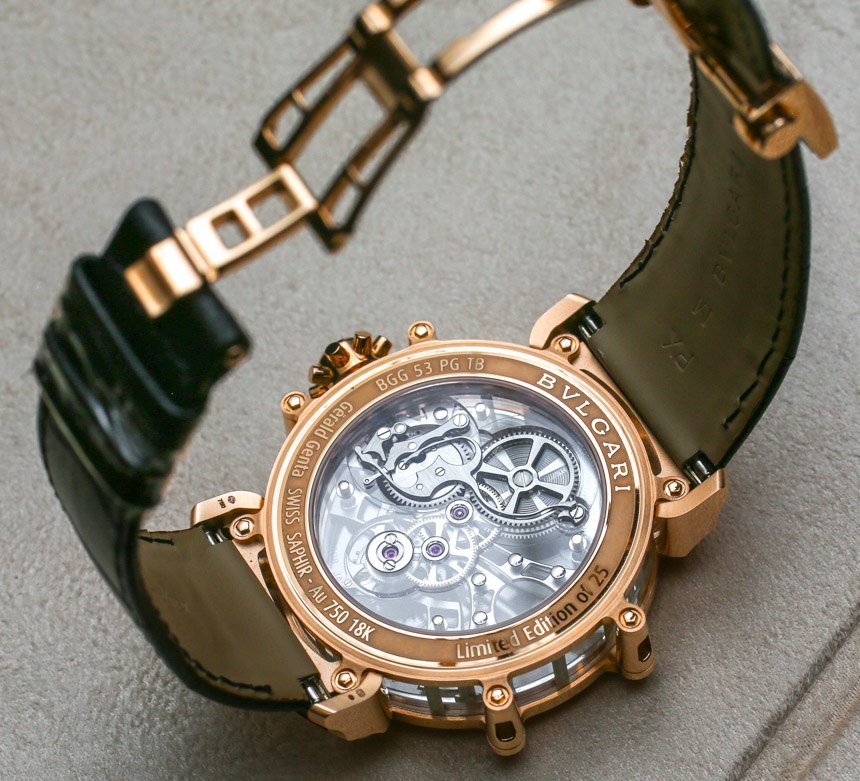 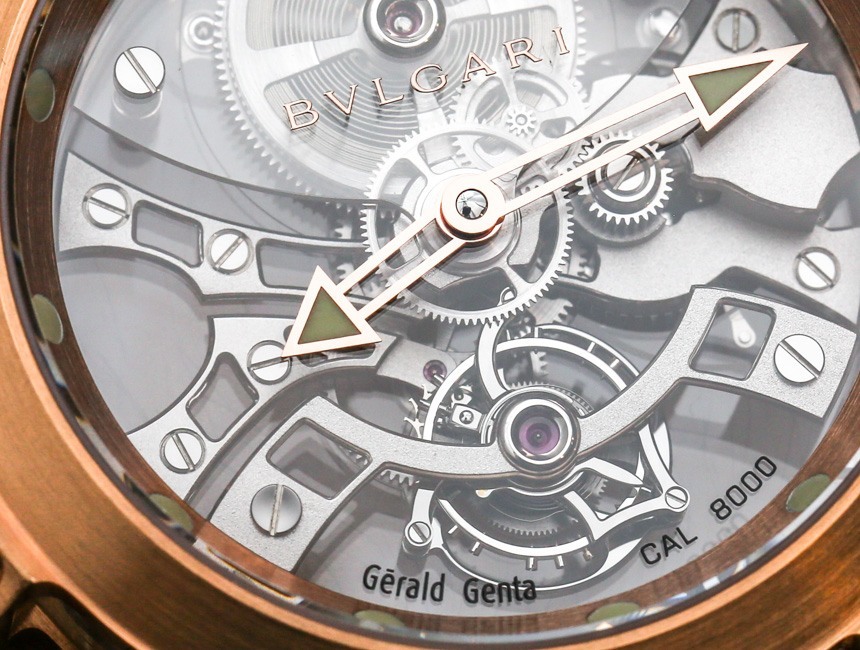 I’ll get back to the case shortly, but let’s talk about the movement, for now, which is pretty cool in terms of how it is designed and constructed. As you can see, Bulgari went with a skeletonized theme that further uses transparent sapphire crystal plates. The result offers a lot more depth than traditional skeletonized movements and is nevertheless “see-through.” The movement is the in-house-made caliber GG 8000. It is manually wound with 70 hours of power reserve operating at 21,600 bph (3Hz). The movement is honestly amazing to look at and features just the time with hours and minutes as well as a tourbillon (that doubles as the seconds hand). 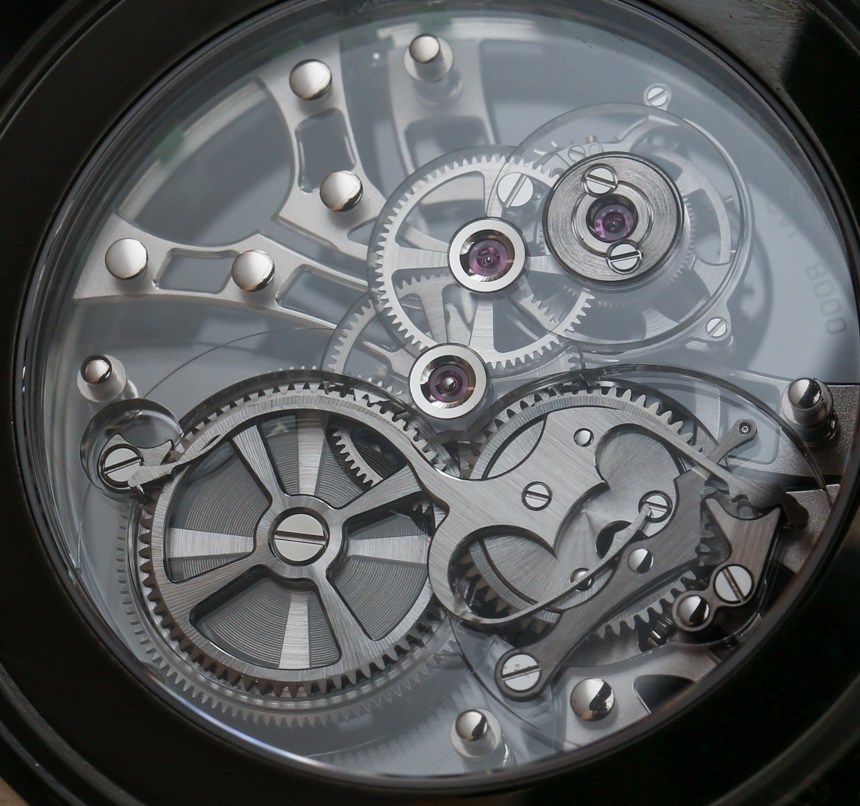 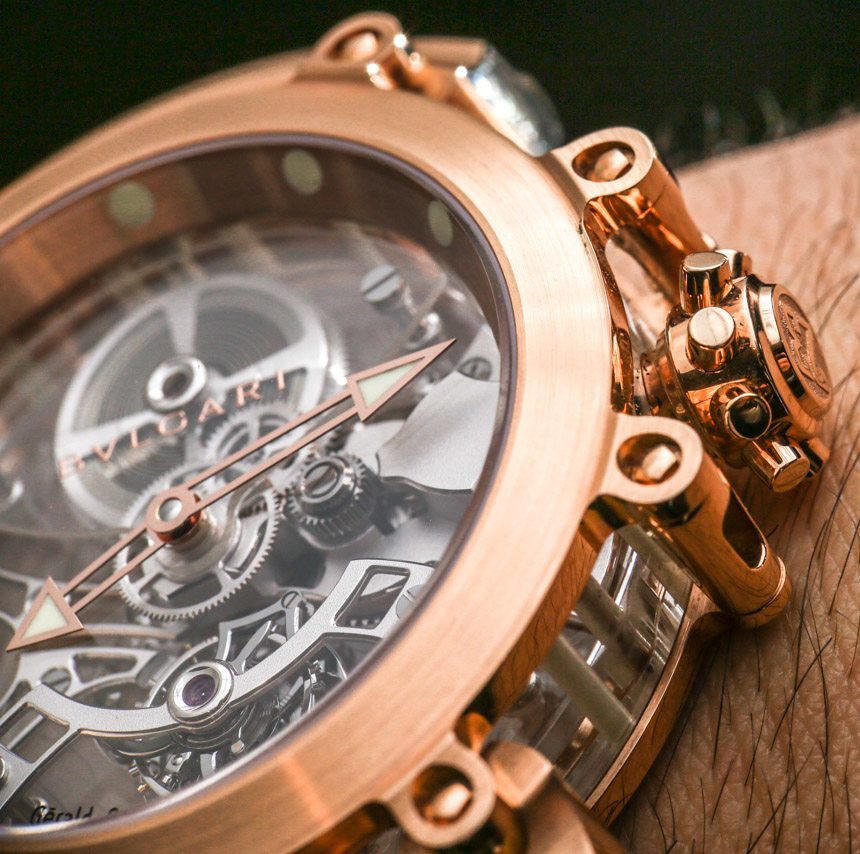 Look at that interesting style of crown. It literally has spokes coming out of it. While the Bulgari Tourbillon Saphir case doesn’t per se do anything strange, it does have an extremely unorthodox look to it. I believe the design inspiration behind the case was music drums (like a snare drum) – which explains the external connection points for the screws and the columns through the side of the case. 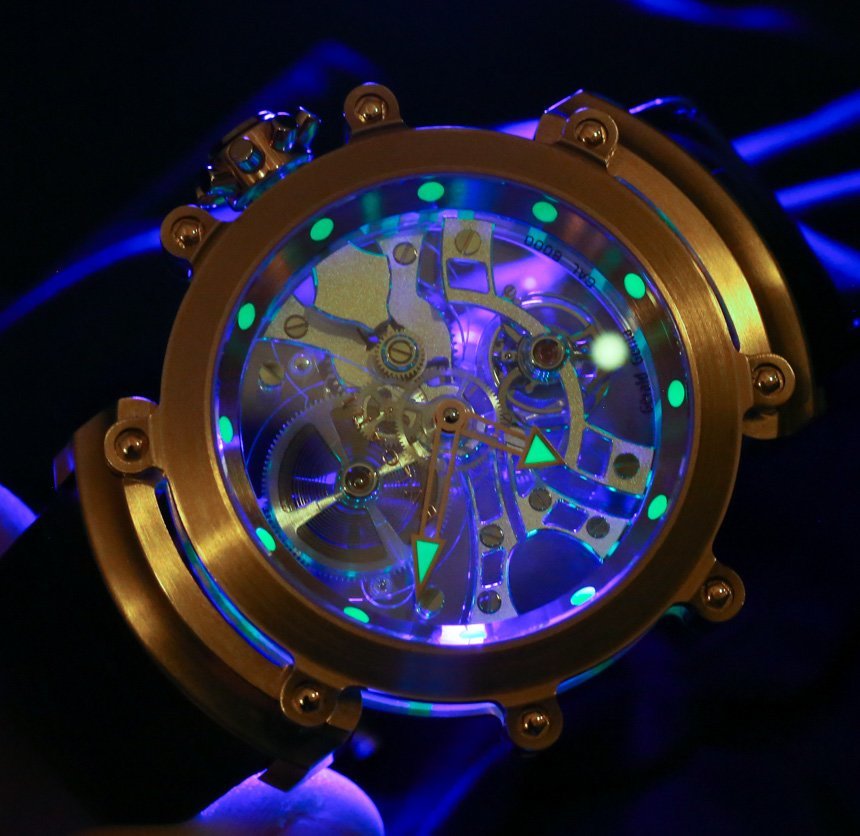 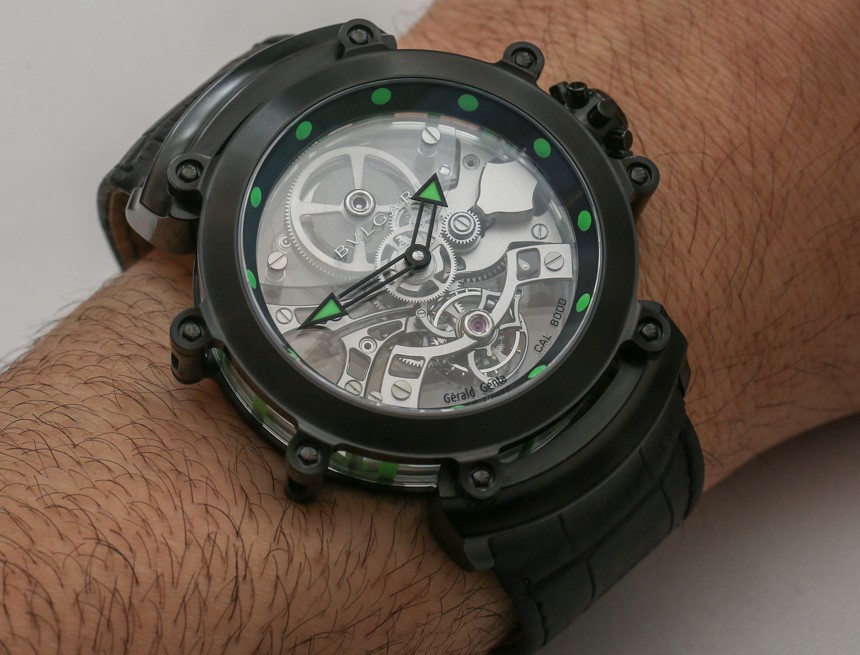 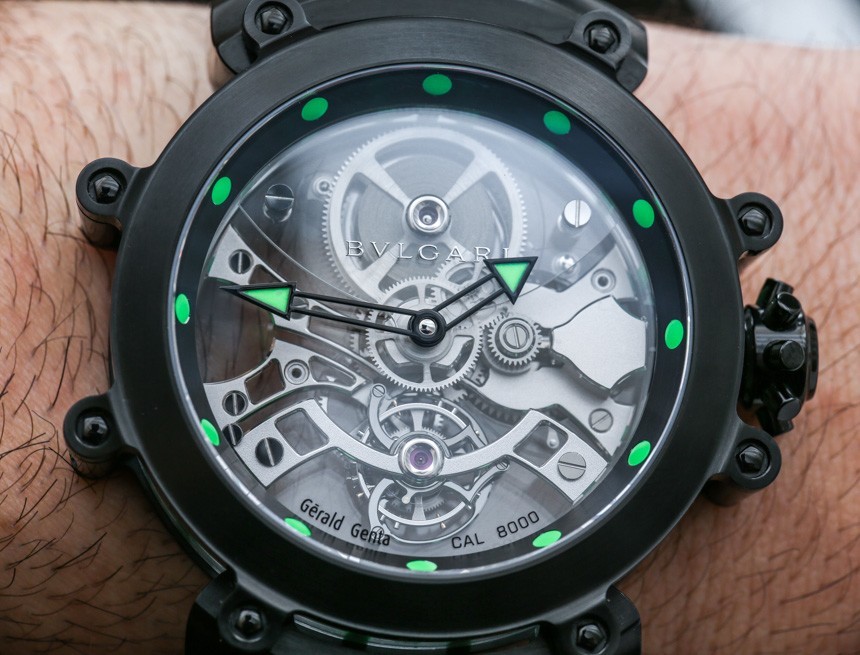 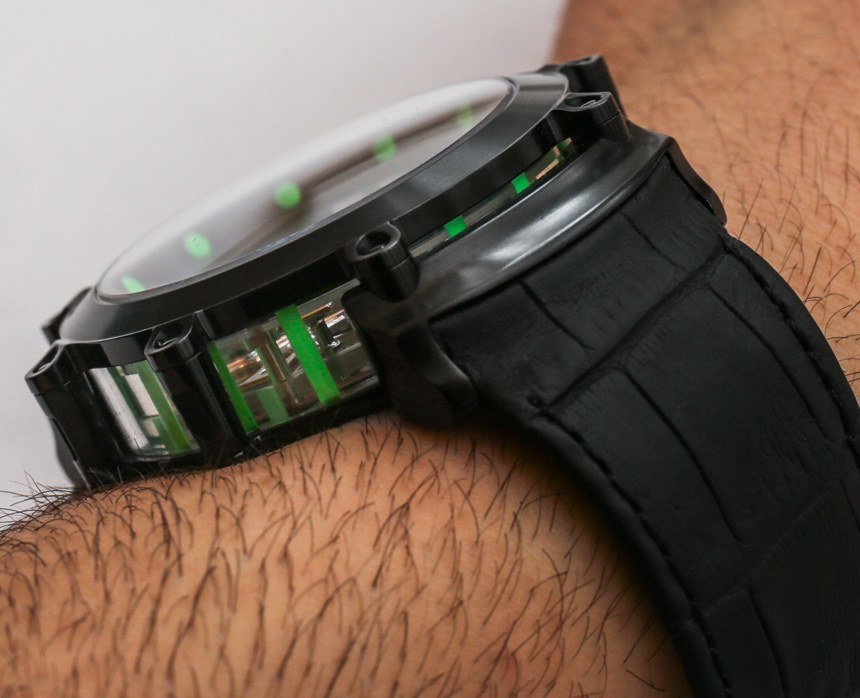 You can call this a “club” watch. What does that mean? Well, the Europeans like to refer to showy things that glow in the dark as “club” items, and yet that even applies to high-end luxury timepieces that cost more than the car you drove to the club in. The columns of Super-LumiNova in the case are visible through the sides since they are sapphire crystal as well. The result is a very unique viewing experience where the inner part of the dial on the sides as well as the side of the case glows in the dark. The columns also make up the watch’s flange ring hour markers. I just think it is all very cool and excitingly unnecessary for any timepiece (which is why we love this stuff so much). 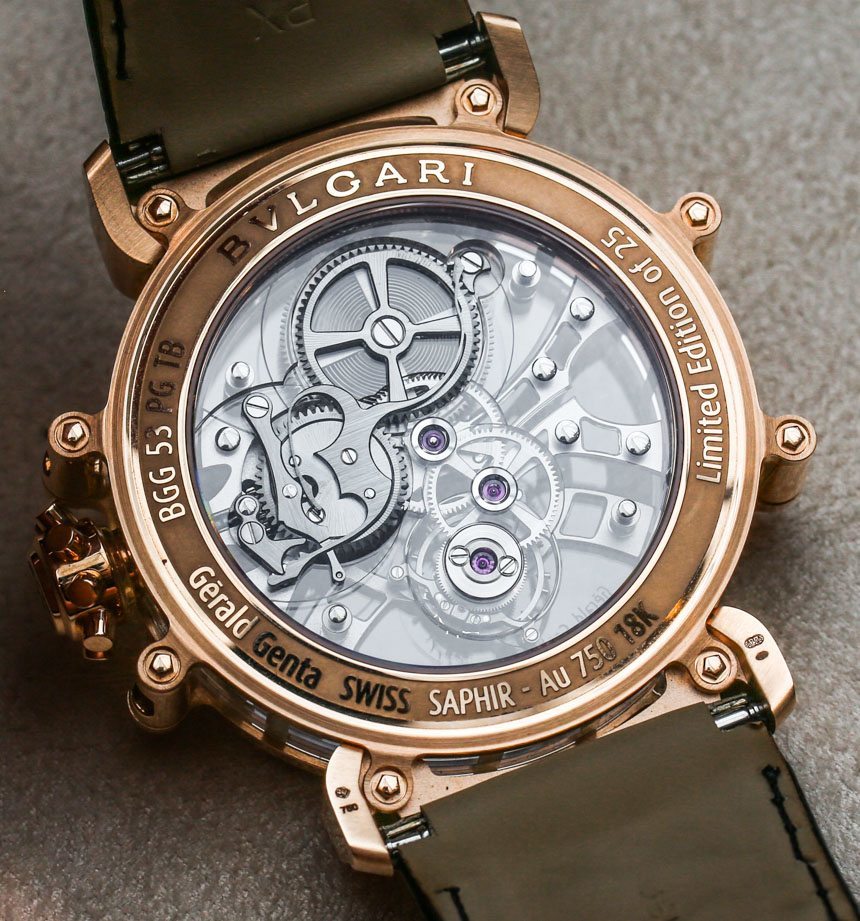 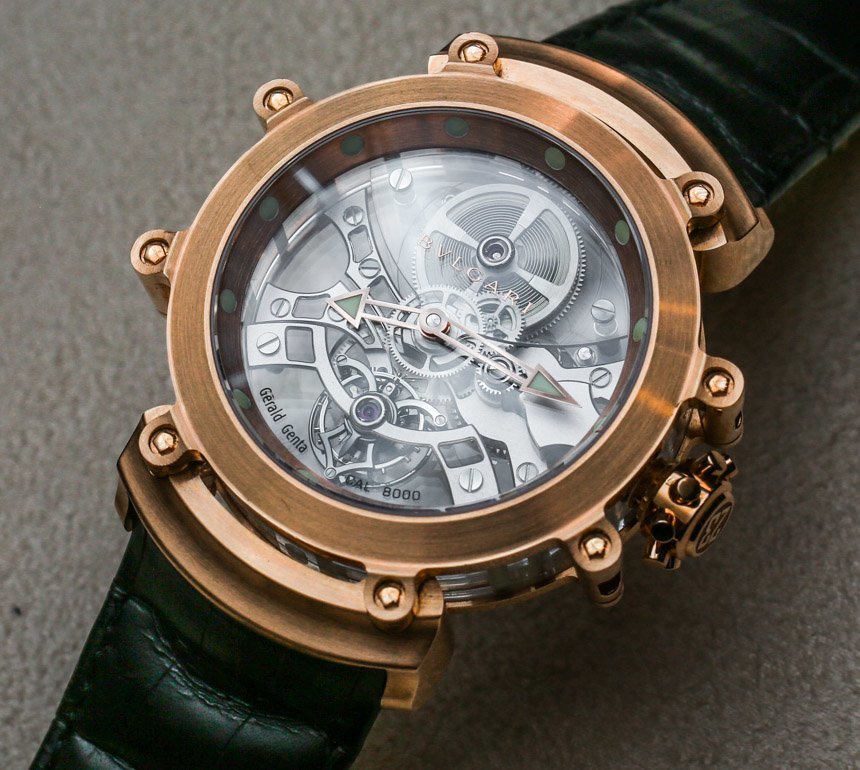