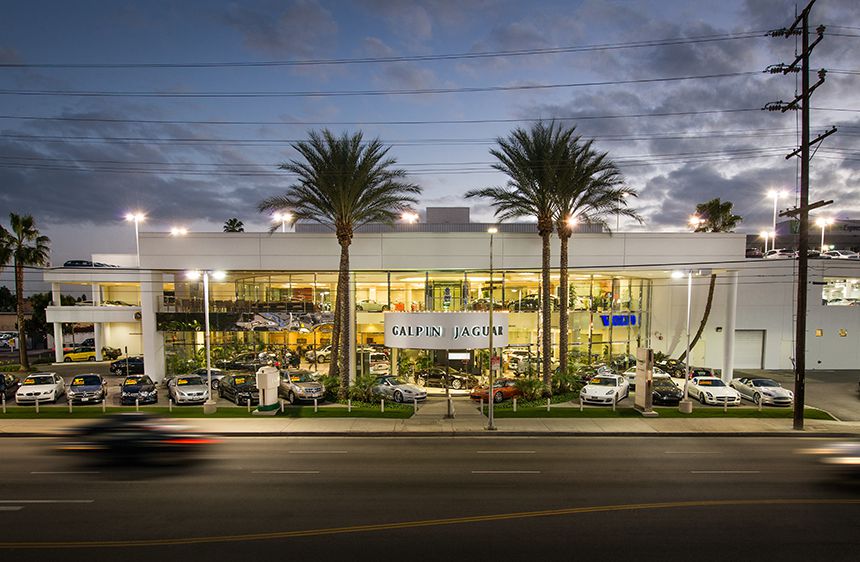 Where to buy watches in Los Angeles, California?

If there are two things that seem to go together (besides pizza and beer), many of us watch geeks would say it’s cars and watches. And nowhere has more of a car culture than Los Angeles, California, so it seems natural that mega car dealer Galpin Motors opened an in-dealership watch boutique last year in their Galpin Premier location – which is home to Galpin Jaguar, Galpin Aston Martin, Galpin Lotus, Galpin Lincoln and Galpin Volvo. In addition to their Jewell’s at Galpin Boutique, Galpin has been credited with many auto industry firsts such as an in-dealership full-service restaurant and a full-service Starbucks. 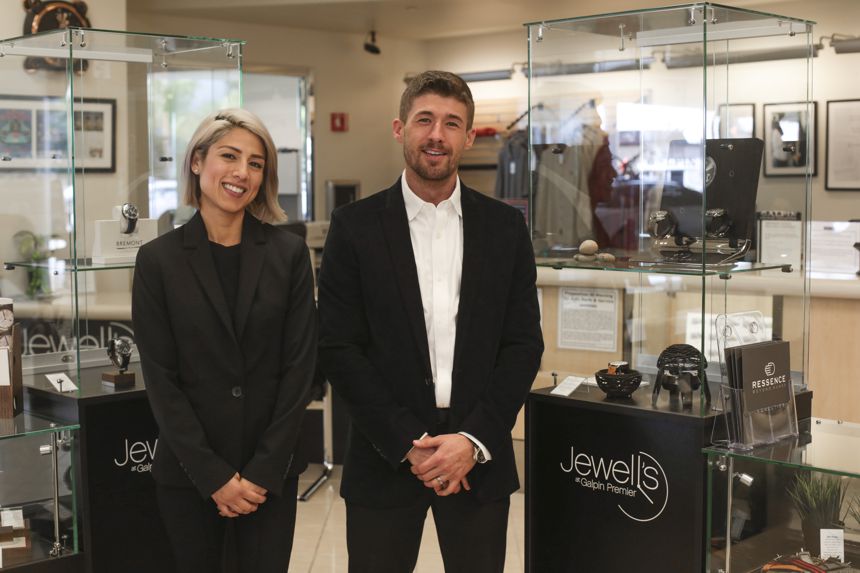 Jewell’s at Galpin Premier is located in the Los Angeles suburb of Van Nuys. And while they recently started selling watches, their roots go way back to 1946 when Frank Galpin opened Galpin Motors. Bert Boeckmann purchased Galpin in 1953 and has headed it ever since, these days offering 10 auto brands from their San Fernando valley home. At Galpin Permier, they have their Aston Martin Vault which was the venue for a recent aBlogtoWatch and Bremont holiday event.

We spoke with Jewell’s at Galpin Premier watch manager Will Billups who also has a background in fine jewelry. 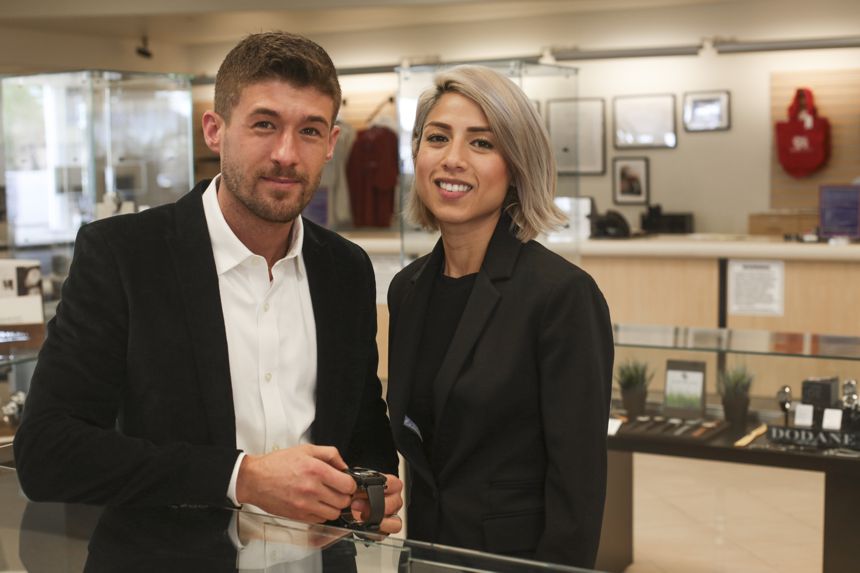 aBlogtoWatch (ABTW): What types of watches are popular in your market? What makes Los Angeles a unique place to buy watches?

Jewell’s at Galpin Premier: In our experience, people in Los Angeles like to stand out from the crowd, which isn’t easy in a place of such conspicuous consumption, so Angelenos tend to like watch and jewelry designs that are bolder and more risk-taking. That’s why Jewell’s has focused on carrying independent brands that are highly creative and offer unique creations instead of “me-too” products. 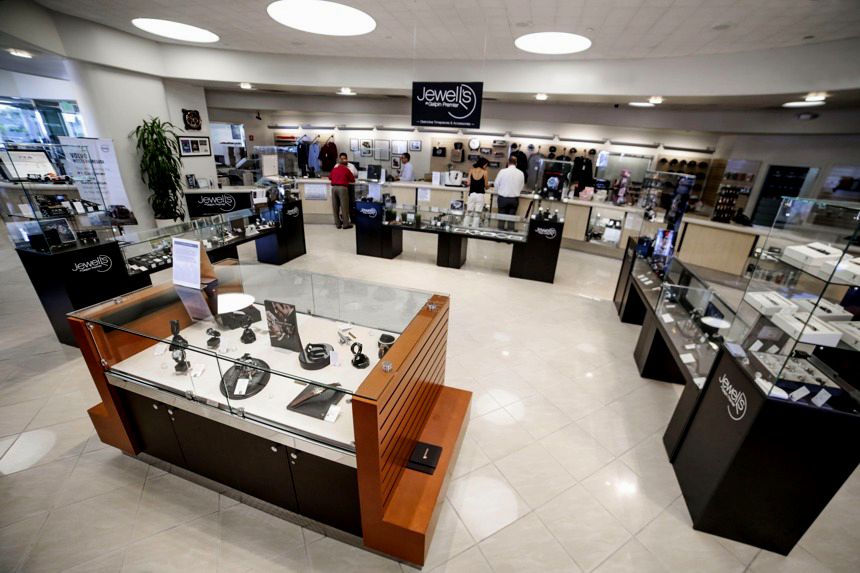 Jewell’s at Galpin Premier: L.A. has one of the world’s most diverse cultures with many major ethnic backgrounds and religious affiliations represented in large numbers.  This makes buyers in the market for a new watch also extremely diverse, which is why we carry so many differing types of watches in our store from different price points, aesthetics, and brands.  It makes us appeal to a very broad cross-section of customers and draws people in from all over the world. Literally, in any given week we might have people visiting us from Mexico, or the Far East, or the Middle East – in some cases they have homes in the area, but in others, they’re just passing through and being tourists. The nice thing is that most don’t walk out empty-handed, and we have our varied product line to thank for that. 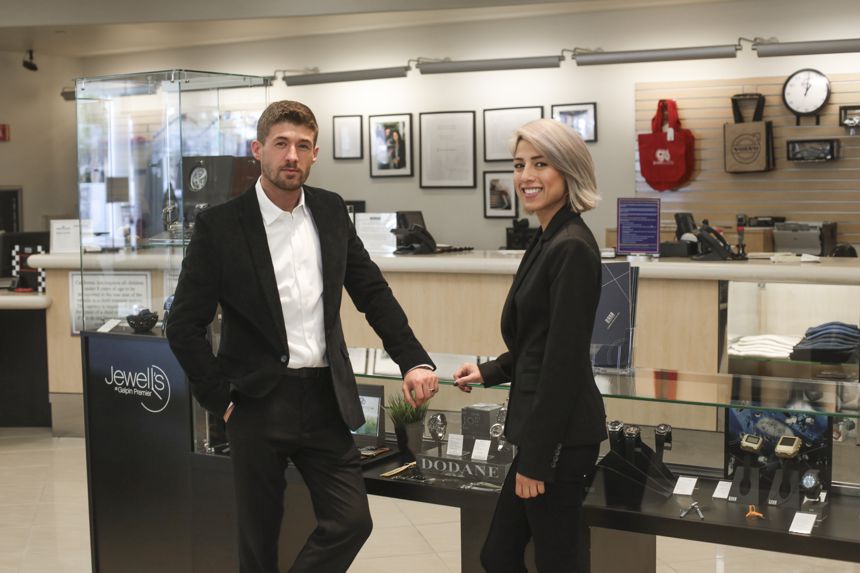 Jewell’s at Galpin Premier: We serve a good mix of people. We are a destination location so most of our customers are coming here specifically to visit Galpin. Most of our customers are very knowledgeable about watches. The brands we carry are more independent brands, which means most people have to think out side of the normal mainstream brands to want what we offer. 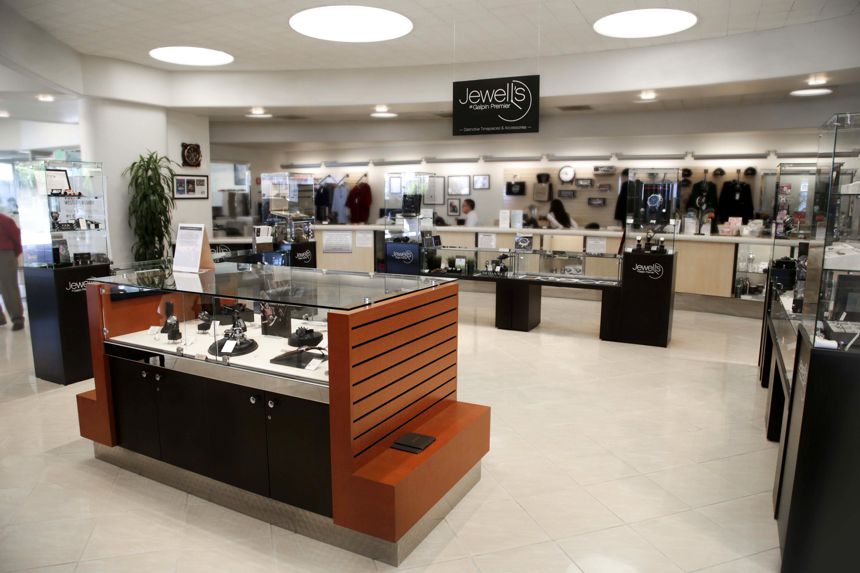 ABTW: What is Los Angeles best known for? What do visitors have to do, see, or eat while there?

Jewell’s at Galpin Premier: The most obvious draw for people visiting Los Angeles, besides the natural beauty of our landscape, is the entertainment industry and celebrity culture. Visitors should get studio tours at Disney, Paramount, or Warner Brothers and check out the walk of fame. The back lot at Universal Studios is also highly entertaining. But another not-to-be-missed attraction is the Galpin museum and GAS (Galpin Auto Sports) which features cars formerly owned by many celebrities and other major talents as well as cars from TV and movie fame like the Muensters-mobile and mystery machine van. Galpin Auto Sports (or GAS) is an American automobile shop located in Van Nuys which specializes in customizing and remodeling vehicles specifically for their drivers. Galpin Auto Sports is the car garage featured on MTV’s Pimp My Ride hosted by Xzibit. GAS’s work can also be seen on the new television show Knight Rider. They were asked to create the star of the show, a new version of the 2008 Ford Mustang called the GT500KR. “Galpinized” custom-designed vehicles have won many awards and national attention. 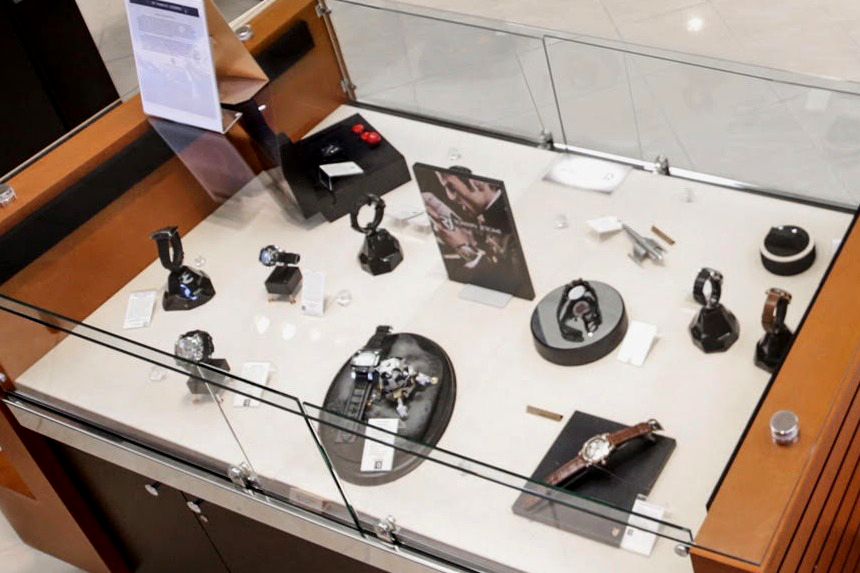 Jewell’s at Galpin Premier: Yes, Galpin Motors sponsors and participates in countless local events, including cultural, educational, spiritual, and politically-themed events. Galpin owners Bert and Jane Boeckmann and their family have always been strong supporters of the community, earning countless awards and accolades worldwide for community service, including the Brand Names Foundation “Retailer of the Year Award” twice. Both Bert and Jane (as well as Bert’s brother, Karl Boeckmann) are recipients of the Fernando Award, the San Fernando Valley’s top honor for outstanding citizenship and service to the community. Bert has been named “Hero for the Planet” by Ford Motor Company, and the Boeckmann Family consistently encourages Galpin employees to serve the community as well.

ABTW: What are some of the watch brands you are known for carrying? If you could pick a watch brand or model that epitomizes the culture or style of Los Angeles what would it be?

Jewell’s at Galpin Premier: Two of our brands that come to mind immediately are Romaine Jerome and Artya. High-end time-keeping doesn’t get more unique and iconic that Artya’s Son of Sound that resembles a guitar or Romaine Jerome’s Batman watch. The thing that is so amazing about these two companies is the depth and breadth of product they carry – they literally have something for everyone. jewellsatgalpin.com