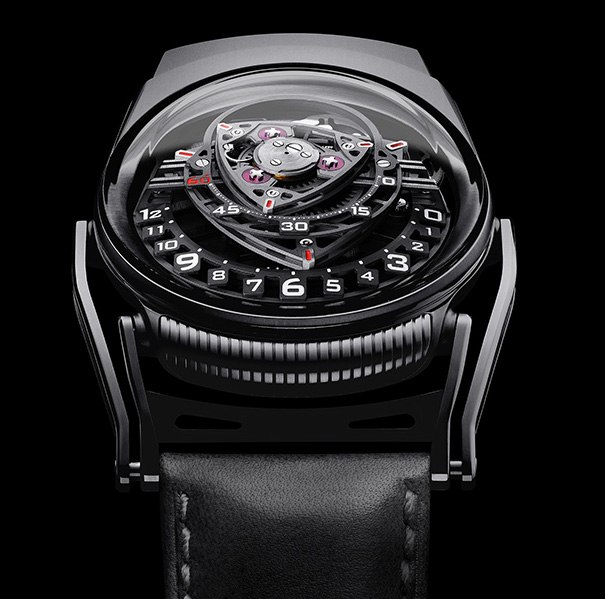 Last year Max Busser of MB&F was telling me about the C3H5N3O9 mini watch brand before it was debuted later in June of 2012. He didn’t mention it by name, but did say that it was going to be a collaborative project between his team at MB&F and their colleagues at Geneva-based watch brand Urwerk. Together they were going to experiment on a watch designed by them both, under a new brand name, that was going to be marketed purely by word of mouth. That means no advertising whatsoever, and no media outreach (aside to select places such as aBlogtoWatch). The irony to me is that given their desire for the C3H5N3O9 to be spread via word-of-mouth, they sure gave it a difficult enough name to remember. “Yea man, there is this new limited edition watch by MB&F and Urwerk. I don’t recall the name, but it is the molecular name for nitroglycerine.” Imagine a dozen more conversations starting like that. C3H5N3O9 is also a disaster to try and say out loud.

I’ll give it to the guys that “C3H5N3O9” does have an air of mystique about it, and both the guys at MB&F and Urwerk knew that C3H5N3O9 would be heavily retailer pushed. At the same time, this is all a big experiment for the teams, and if you are going to be odd then go for broke. That means retailers and blogs will be the ones informing select groups of clients who love this stuff, that “we have some news you’ll enjoy.” So what we have now in September of 2013 is the follow-up to the original “Experiment ZR012” watch (debuted here), that will complete (forever) the limited edition of this model, and perhaps this brand. It is called the ZR012 Black, and as is common at Urwerk at least, is a black version of the original “naked” version that was also in zirconium (with titanium lugs). 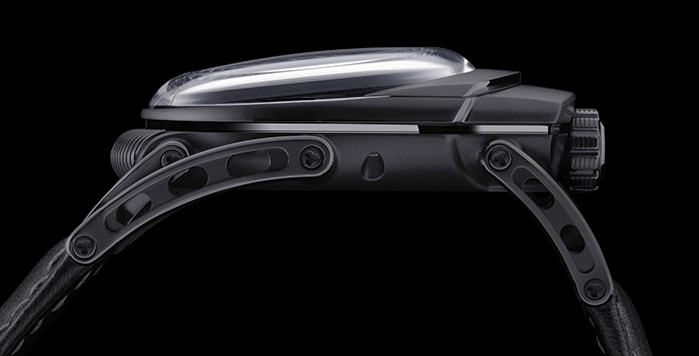 Whether it is cooler in black or plain zirconium is a matter of taste. I happen to think the design works a bit better in black. It feels a bit less retro-inspired, and I think black cases work with open dials such as this. MB&F and Urwerk originally complained to one another than the ZR012 design looked either too MB&F or too Urwerk. I think most fans will agree that the design is legitimately somewhere in the middle. What makes me curious is how this collaborative process works. Sure it is easy to imagine two small, highly opinionated and independent brands working together on paper… but in reality I am not sure how it worked. It was after all… an experiment. I wonder if their relationship is all the better for it? I suppose it must be since these pieces finished the full 24 piece limited edition collection of the ZR012. Though my big question is… what is next for the “explosive” brand (that C3H5N3O9 denies is even a brand).

So let’s go back to the watch itself. The cool looking little number is 44mm wide by 55mm tall and inspired by Wankel style rotary engines if you recall. Seeing it in action is very cool, and when we get some hands-on time we will strive to offer a hands-on video. Time is told first via a bottom hour indicator on a lower scale, and then the rotary engine style hand indicate the minutes. While the case of the watch may be more MB&F than Urwerk, the precise opposite is true for the movement. Which is actually a good thing as I feel that MB&F and Urwerk conceded their strong points and allowed the other to blossom where possible. 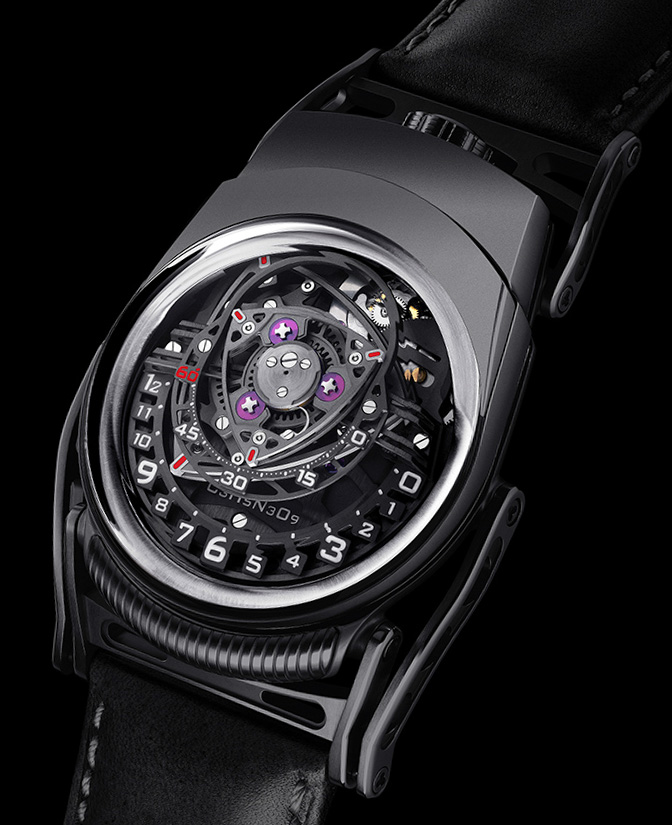 While all 12 of the original C3H5N3O9 Experiment ZR012 watches were sold at a collection of MB&F and Urwerk retailers around the world, the Experiment ZR012 Black will be exclusively available at The Hour Glass: a premier retailer in Singapore. This isn’t the first time The Hour Glass has received exclusive limited edition watches, and it is really impressive how the city-state has such a strong collection of open-minded high-end watch collectors. That The Hour Glass wanted this to be exclusive to them is a sure sign of that.

It goes to show that when you foster a strong set of brand followers you can almost completely rely on them to purchase entire new collections assuming you stay true to your brand. C3H5N3O9 is a new brand and new concept, which shows the lengths necessary creative people need to go to keep watch collectors interested. When it comes to stuff from brands like MB&F, Urwerk, and C3H5N3O9 – “novelty” is the name of the game. They have to stay fresh and exciting in order to foster continued interest. Those brands who can remain something more than “one hit wonders” deserve admiration from those inside and outside the watch industry alike. Once again, the Experiment ZR012 Black watch will be limited to just 12 pieces, completing forever the 24 piece limited edition of the Experiment ZR012 set, and possibly the entire C3H5N3O9 brand. Price is $229,200 Singapore dollars which is about $180,000 USD. c3h5n3o9.com 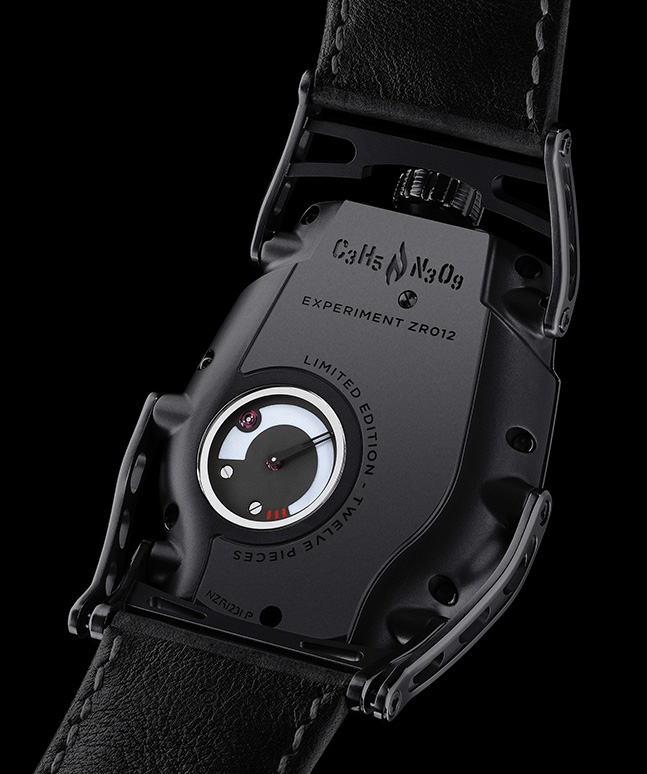