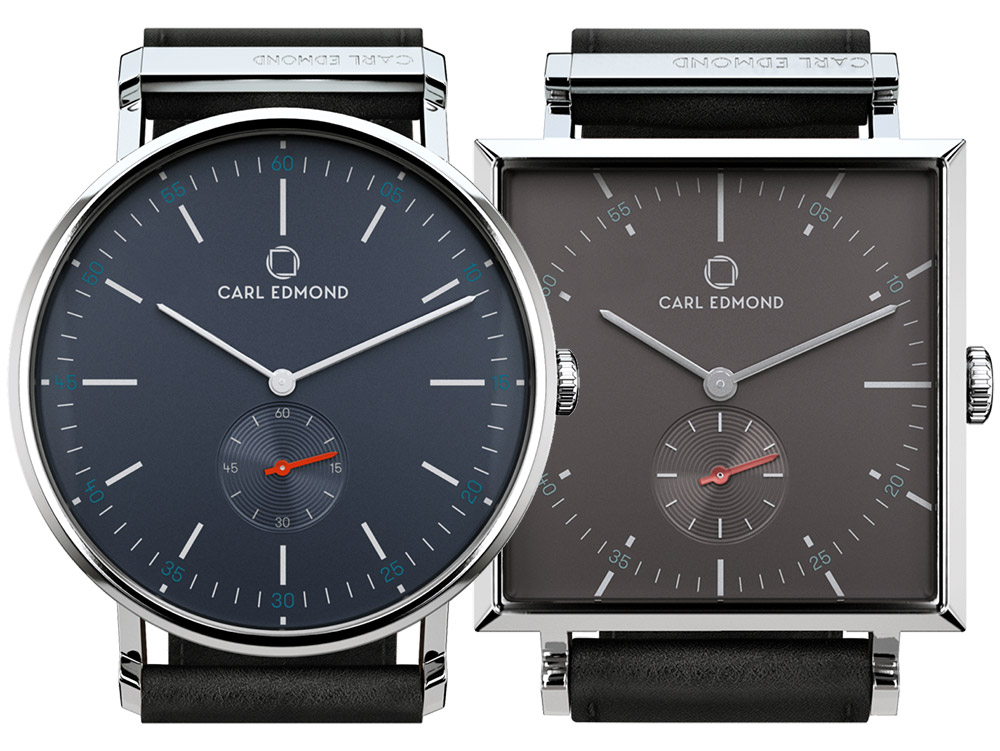 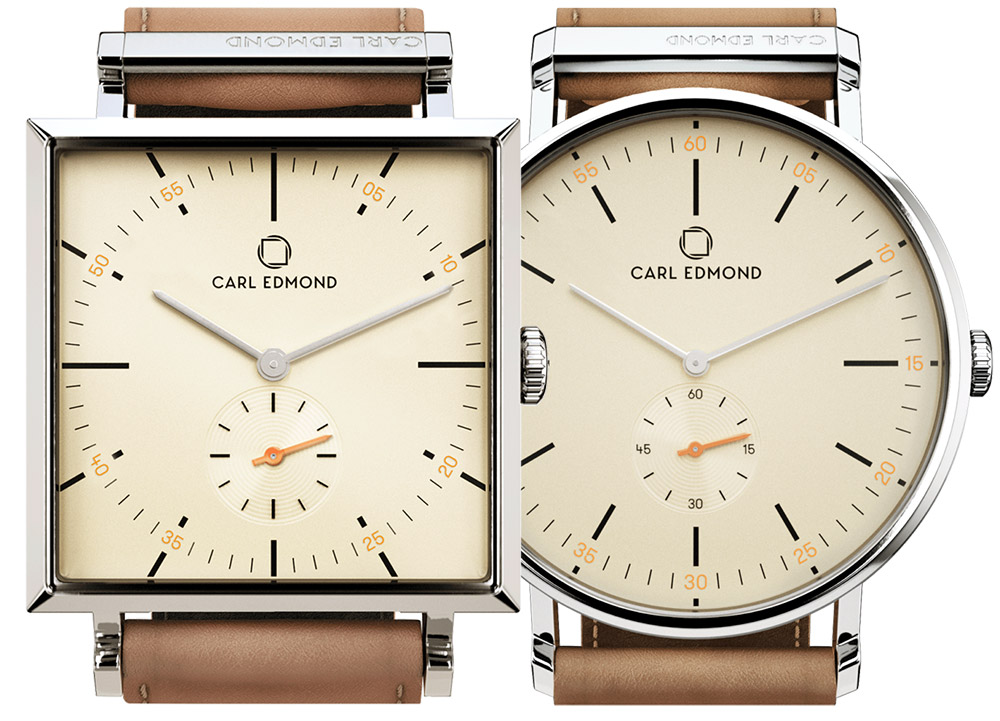 All It takes is a short scroll through Facebook to realize that a new campaign for the next “industry-changing” simple-but-stylish watch is launching every other day. This can feel like an over-saturated market, but into this minimalist melee steps the new brand Carl Edmond. The brand launched at Baselworld 2017 with two solid – if familiar – designs, the Ryolit and the Granit. Both very Bauhaus-chic and focused on affordability with sub-$300 prices and Swiss quartz movements, the Carl Edmond Ryolit features a round case design, while the Granit’s case is square. The most interesting part of the story? Carl Edmond launched with the help of a couple of names from far outside the budget-startup realm, and that are more familiar in the world of haute horology: Eric Giroud as Art Director and Adrian Glessing as Head Designer. 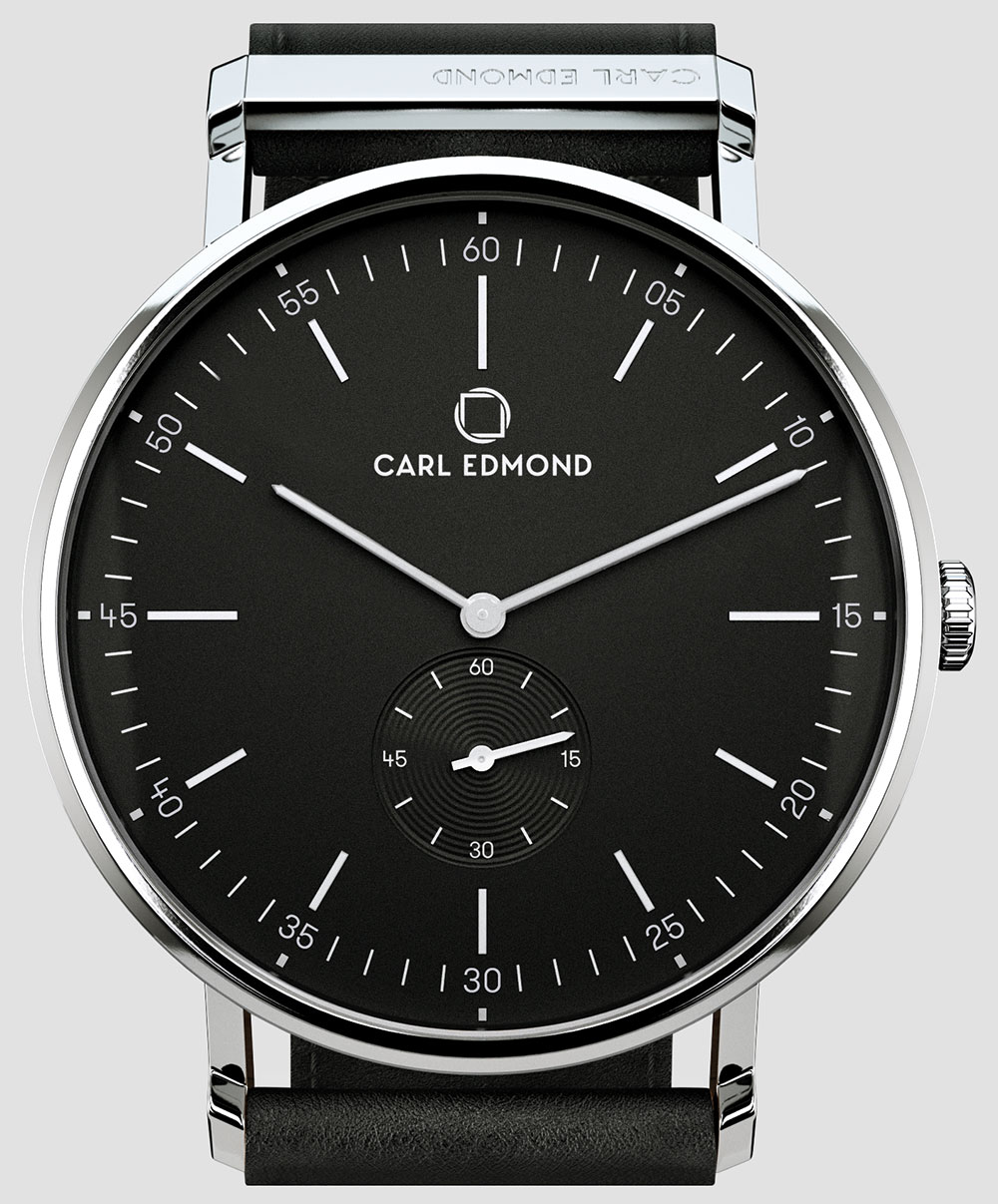 First, we should note that there is no person named Carl Edmond involved with the project. Swedish entrepreneur and brand founder Ali Nouri named the brand after a friend called Edmond and added Carl because it is apparently a quintessentially Swedish name – so goes the story.

Anyhow, with a design career spanning decades, Eric Giroud is the name that will stand out here for avid watch industry followers – more so than the brand name Carl Edmond, for sure. Think tourbillon watches and polarizing, avant-garde designs from the realm of high-end watchmaking. A notable recent project is the MB&F Aquapod – horology doesn’t get too much more radical than that, so it’s kind of a mindblowing to think that Giroud might have been working on the Aquapod and the Carl Edmond watches at the same time! 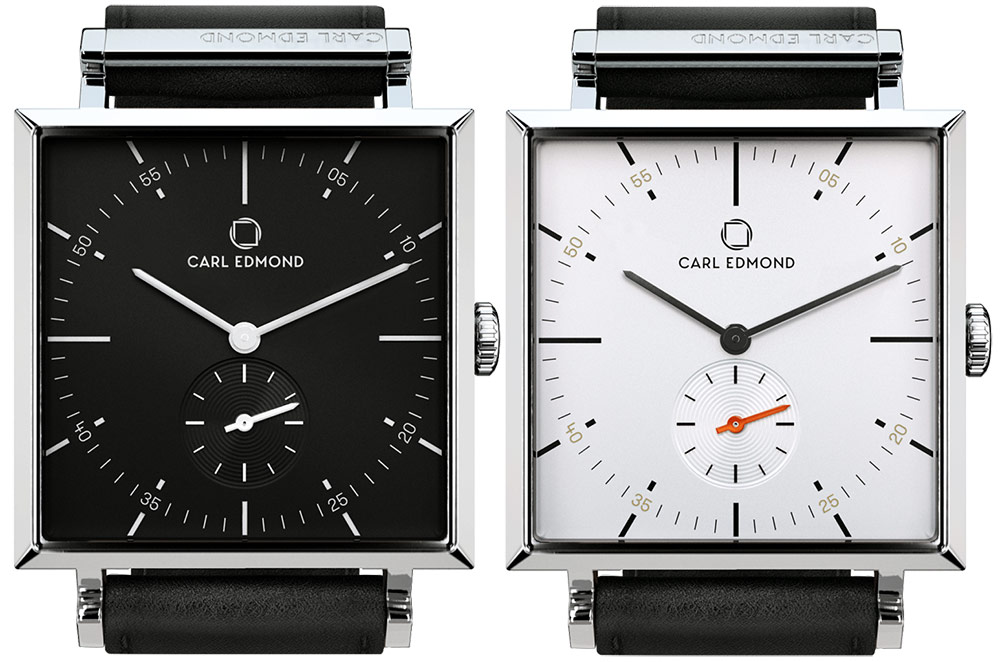 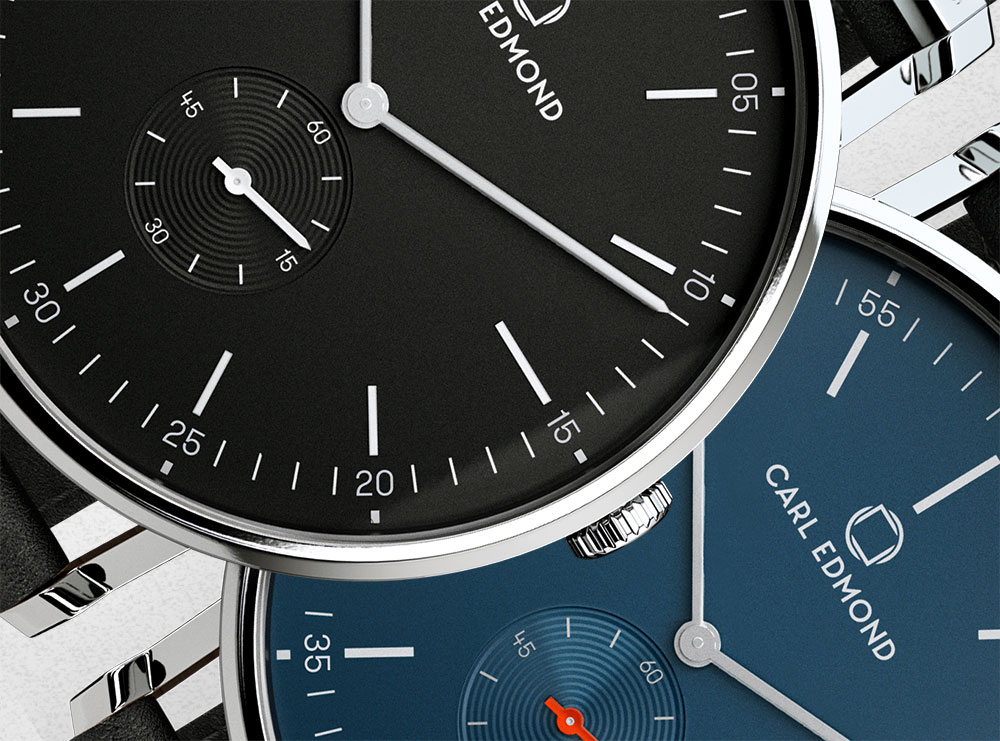 Interviewed on aBlogtoWatch in 2012, Eric Giroud was asked about what projects pose the greatest challenge. “Simplicity is difficult to design, and difficult for others to understand,” he said. This at least hinted at his lesser-known proclivities and provides some insight into why he would choose to work on a project such as Carl Edmond – as he is surely in a position to choose the projects that interest him. It is also an unexpected answer (as Carl Edmond is an unexpected design) from the man whose name is attached to epic mechanical art including the Rebellion T-1000 (hands-on), the Harry Winston Opus IX, and the MB&F Legacy Machine watches, such as the MB&F Legacy Machine Perpetual (hands-on here). Adrian Glessing is said to be Giroud’s protege and has worked on the Fonderie 47 watches. 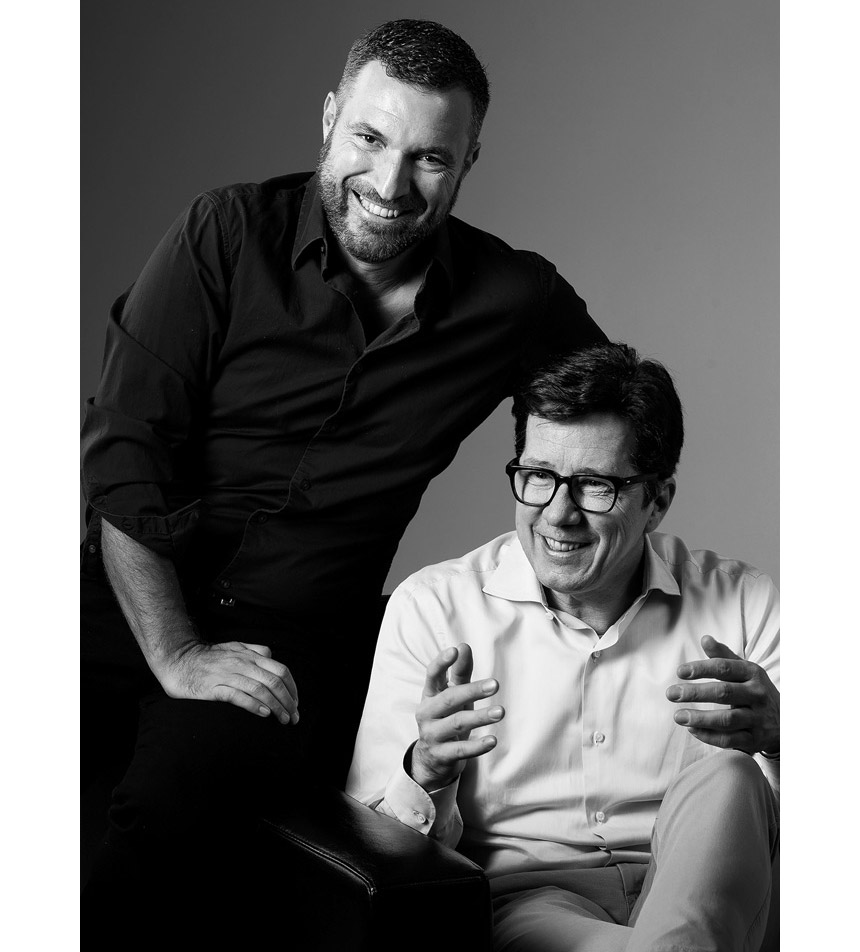 Needless to say, while Giroud and Glessing aren’t known for conventional designs, the Carl Edmond brand’s first releases are conventional Bauhaus at first glance. From a market standpoint, they find their niche in a broader appeal at the sub-$500 pricepoint, and Giroud’s name might provide some traction. Though it’s hard not to draw comparisons between the Carl Edmond designs and, say, those of German Nomos (rightfully so), it’s not as if Nomos totally invented and owns the look. Carl Edmond certainly isn’t the only Bauhaus-inspired, economically priced brand, either – Skagen and Rodina also immediately come to mind as widely known and available with similar design styles and established fans. While hard to predict, it will be interesting to watch how Carl Edmond fairs in the much larger and much less specific “affordables” market.

With all that noted, let’s move on to the watches themselves. All versions of both models contain Swiss Ronda quartz movements with a small seconds register at 6 o’clock, use sapphire crystal, and are 7mm thick with a water-resistance of 30m. The round Carl Edmond Ryolit or square Carl Edmond Granit each come in two sizes, with more or less the same ten color schemes represented across each collection. Lug widths are 18mm and 21mm for the two sizes of each collection, and the nice-looking vegetable-tanned leather straps come from the 140-year-old Swedish Tärnsjö tannery.

As briefly mentioned above, the Carl Edmond Ryolit is very reminiscent of the Nomos Orion and Zurich collections. The Carl Edmond Ryolit’s round case measures in at 36mm or 40mm on the wrist, and the uniquely shaped lugs also feature an unusual “bridge” over the strap featuring the brand name that should add to the modestly sized watch’s wrist presence. And credit where it’s due, it looks pretty darn cool and unique, throwing asymmetry into an otherwise pretty symmetrical design. 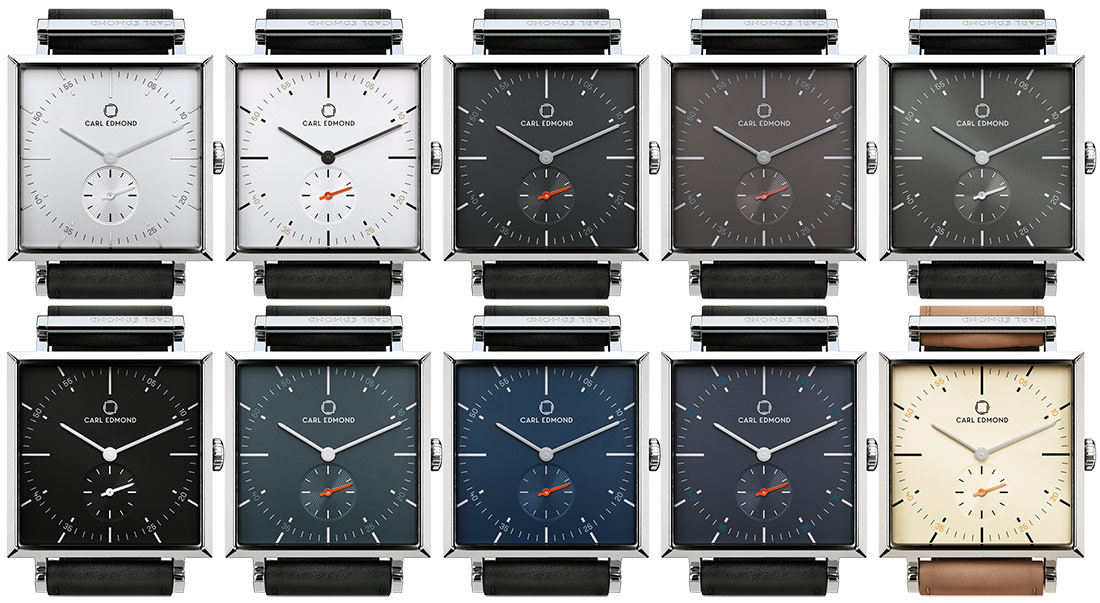 As for the Carl Edmond Granit, the Nomos Tetra easily comes to mind. At 29mm and 34mm sizes, even the larger one might be a little small for my taste. The size might hinder a lot of the male target market, but square cases often wear a bit larger than their measurements suggest. This may be because measuring the case from 9 to 3 o’clock doesn’t take into consideration the wrist presence achieved by the corner-to-corner-measured size. We’ll reserve judgment until we’ve had a chance to wear them. Anyhow, each of the Carl Edmond watches will be appropriate for those who prefer watches with more discreet profiles, and the smaller versions will be especially appealing for women. 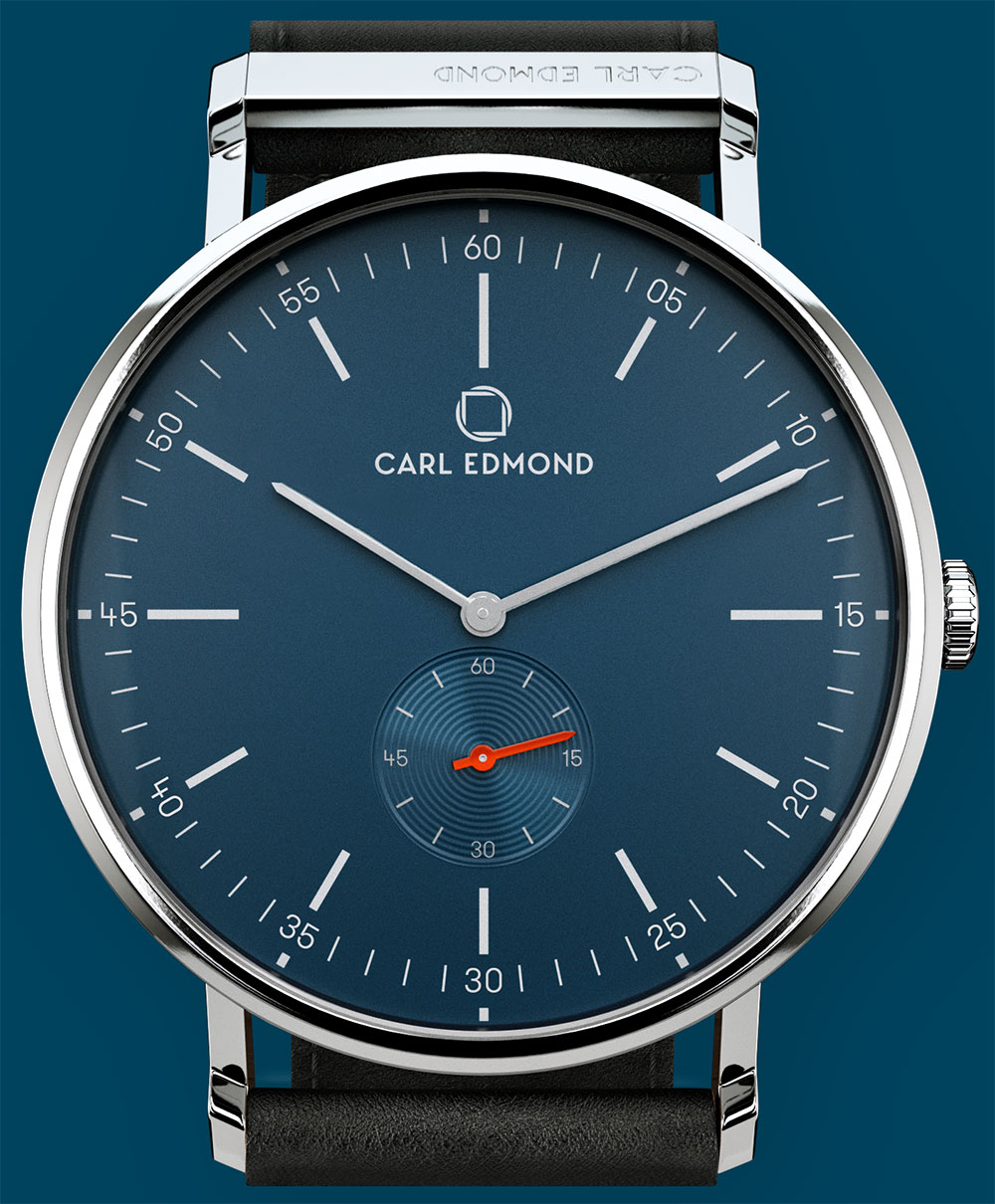 The designs are certainly not trying to emphasize originality in a sea of trendy minimalist watches, but I appreciate the way they’re done and can’t help but find them a little charming when considering how frequently similar designs are out of reach for three-figure budgets. When paired with the subtle color pallet, the Carl Edmond watches will appeal to enthusiasts such as myself who would love that minimalist look without forking over an exorbitant amount of cash for a luxury-priced brand. 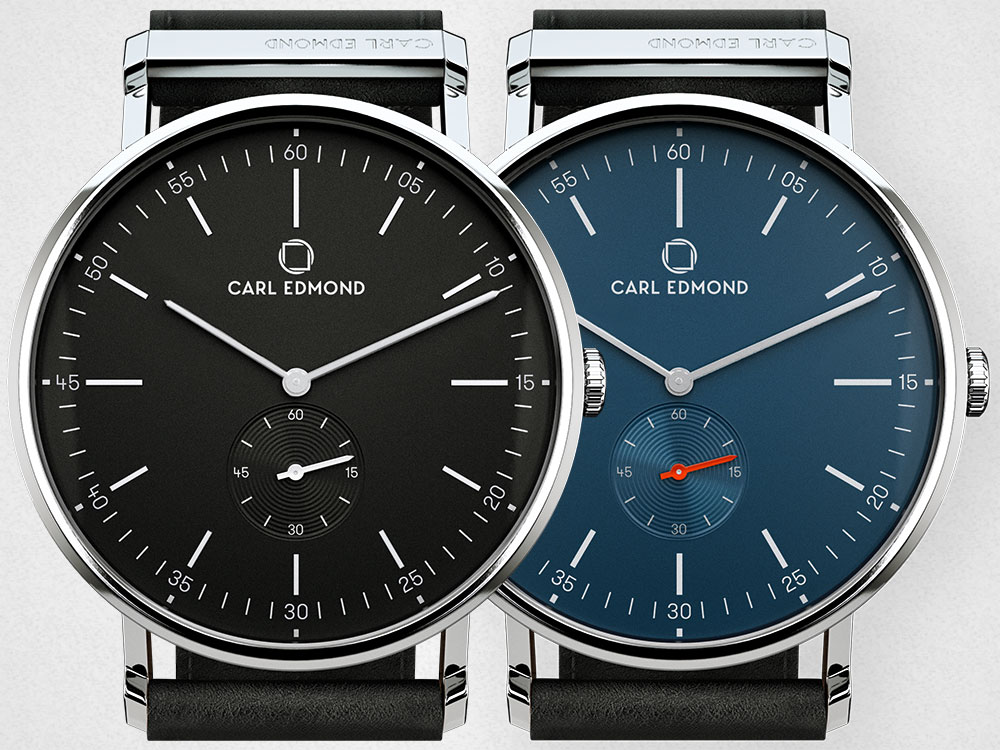 Back to Messers Giroud and Glessing. If anything, they have displayed an incredibly broad capacity to design watches ranging between extremely complex and extremely simple, conventional and highly avant-garde, three figures and six figures… It is also imaginable that the idea of creating something other than toys for the ultra elite was an attractive prospect to the designers. Good design is actually valuable and expensive, and a lot of people might not have wrapped their minds around that. So, we will say that the Carl Edmond watches present value for the price, considering their quality materials and “design pedigree.” Heck, the names attached to the project got our attention and got us thinking a lot, so it has at least succeeded at the initial hurdle where so many new brands struggle just to be noticed. 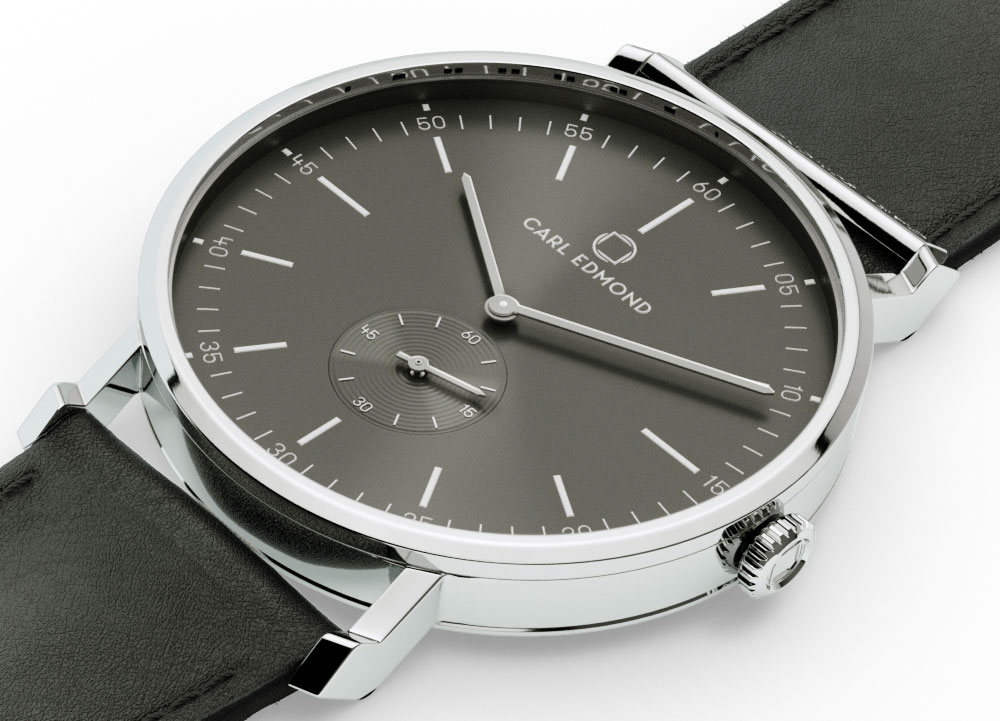 Carl Edmond will find itself in a niche of buyers who like that no-clutter design, but have Nomos much lower on their “must-have” lists. Respectably, they’ve positioned themselves to cater to the fashion- and design-conscious who prefer quality and simplicity, but also affordability. And that can prove to be a difficult demographic to corner in such a large and oftentimes dense market. The Carl Edmond Ryolit and Granite watches are priced $259-$289. carledmond.com