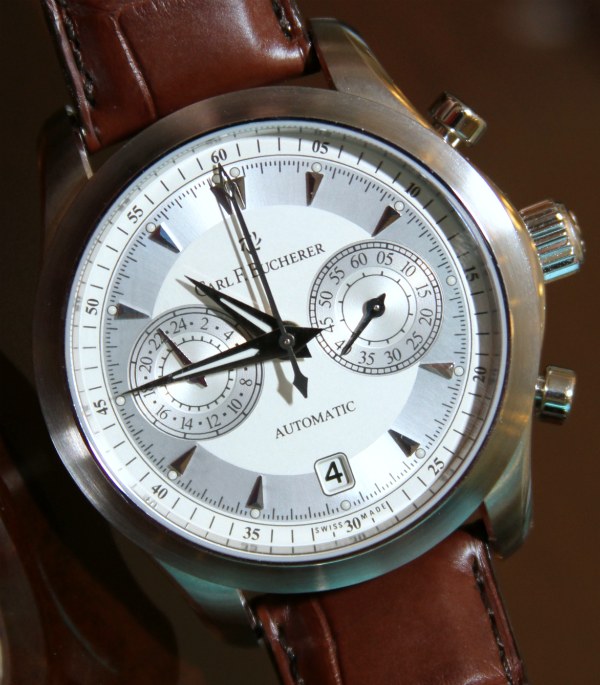 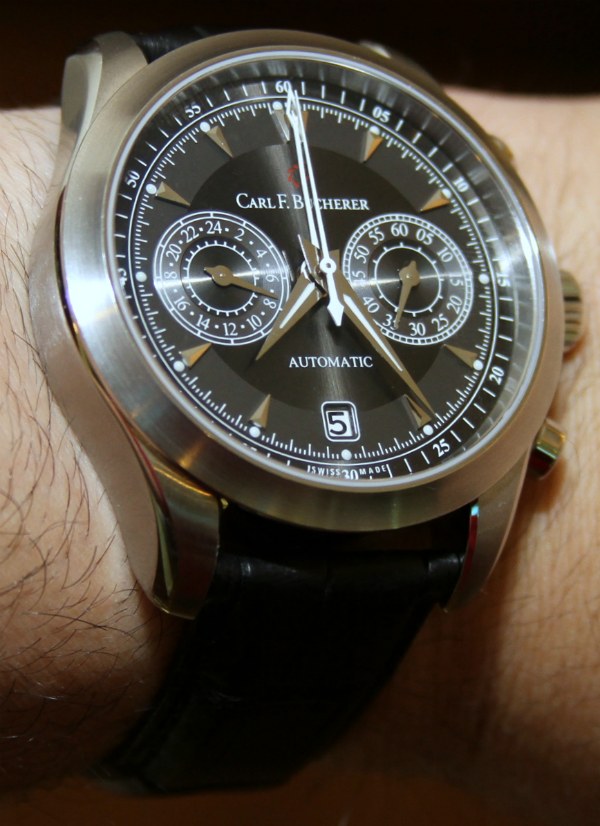 I spotted this prototype Carl F. Bucherer watch recently and was immediately taken by it. It combines a sense of retro-sport fashion and the function-mind execution that I have come to expect from the brand. I believe the official name for the watch is the Carl F. Bucherer Manero CentralChrono.

In a Manero case, the watch is larger on the wrist being about 44-45mm wide (I would guess) and in steel. You can tell that it is available with an almost slate colored dial or a silvered one. The chunky style case is thick and brushed all around. There are polished elements on the dial for a nice contrast. That includes the nice looking applied arrow-head hour indicators and dauphine hands. Thankfully it is a sport watch so there are lume dots for the hours and lume on the hands. I also need to mention that the hands could be a bit longer – but it isn’t bad. 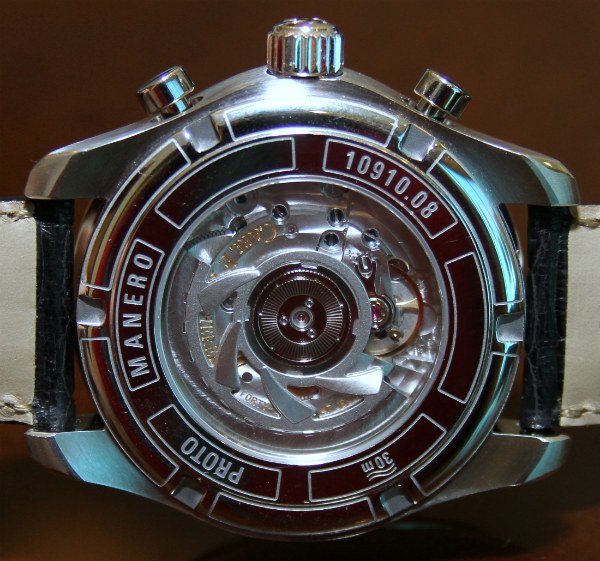 Aside from a few in-house movements based on the caliber A1000 base, Carl F. Bucherer often builds on ETA bases. I am not sure what the automatic movement in this Manero (CentralChrono) Chronograph GMT is, but it looks like a base ETA with a custom automatic rotor and a module. The magic is all in the module that cleverly gives this watch a bi-compax display with two distinct functions aside from the time. 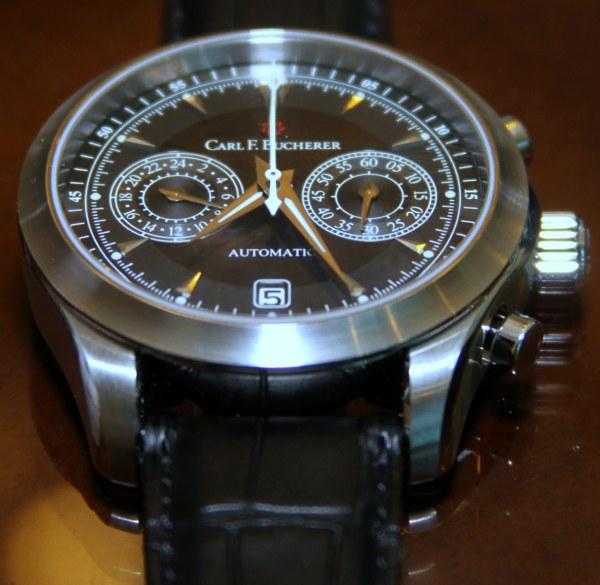 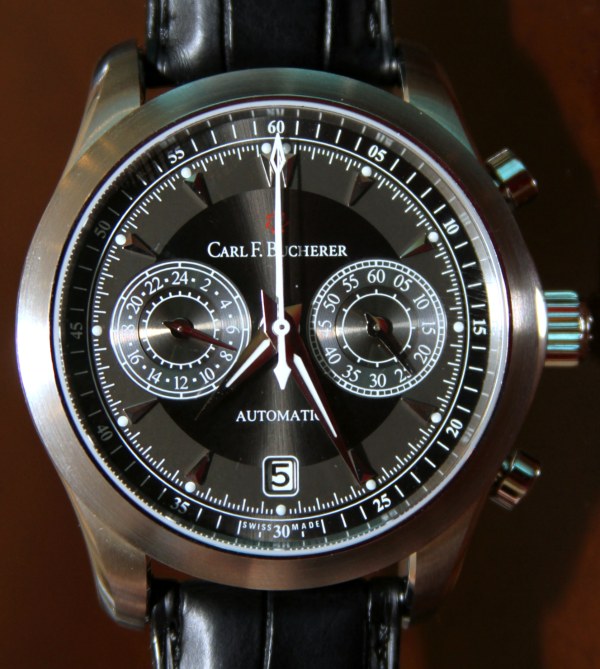 While Carl F. Bucherer isn’t normally known for their symmetrical dials, this one is a lesson is good looking function symmetry. Good job CFB. I think that Carl F. Bucherer should focus most of their efforts on modern pieces, if you do want to invest in one of their more traditional looking designs, a piece like this with a neat movement would be the one I would look at.