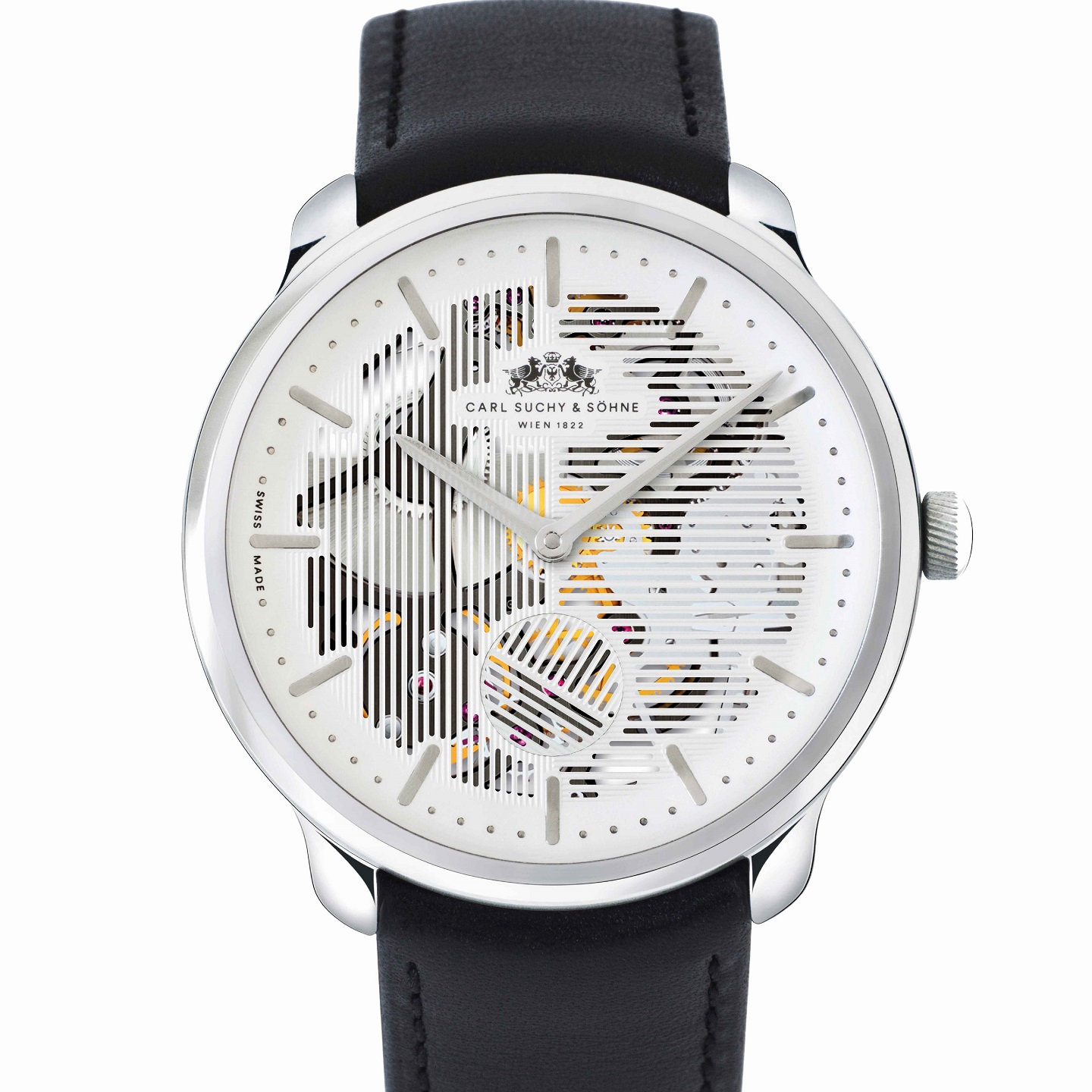 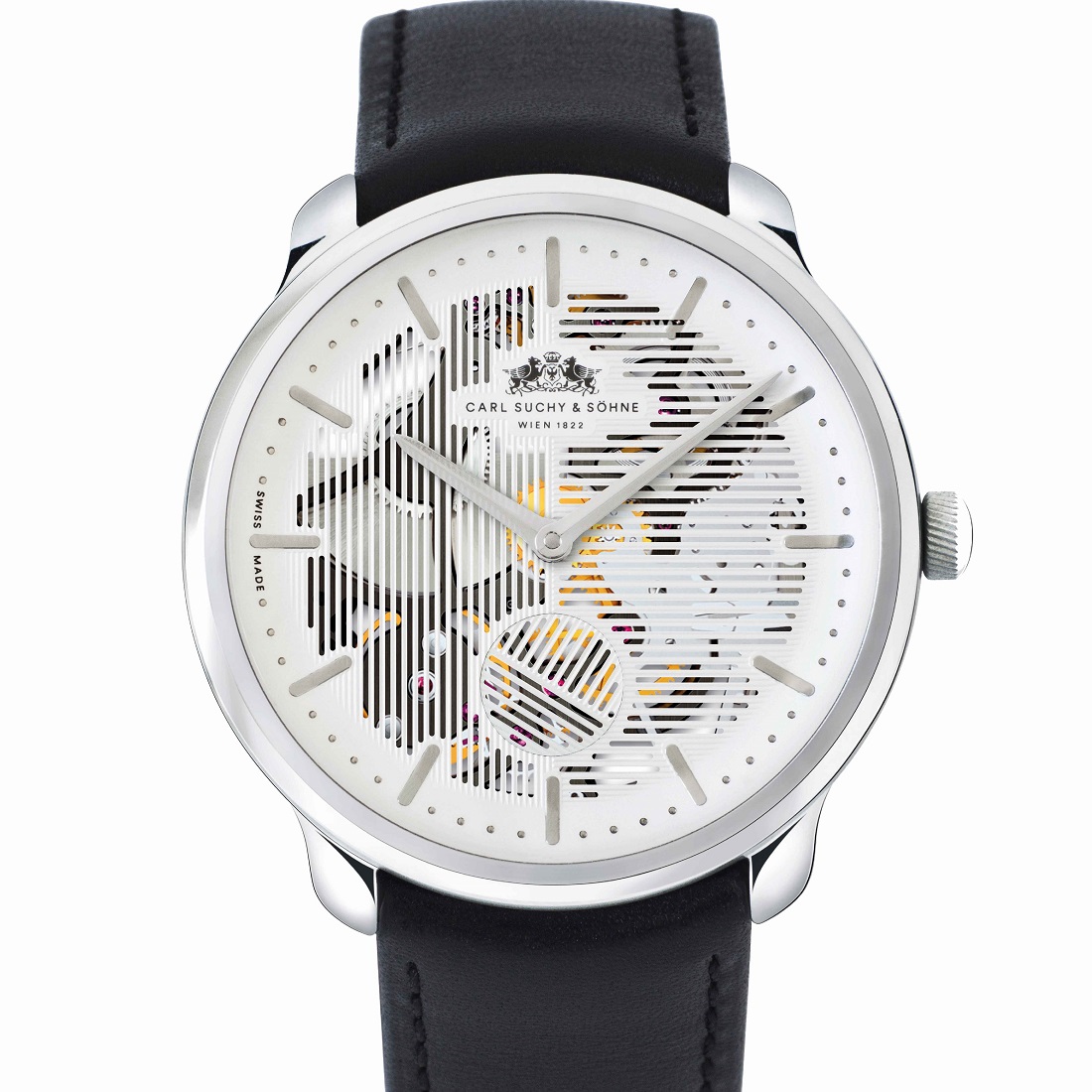 Despite having never physically seen it in person, there was something oddly satisfying about the Waltz No. 1 introduced last year by Austrian brand Carl Suchy & Söhne. As the brand’s first new watch in many decades, the Waltz No. 1 made a strong first impression, delivering a stark, minimalist design with interesting curves and textures at every angle while maintaining a modern, yet strangely cohesive and classic aesthetic. For Baselworld 2018, the brand revisits the lovely Waltz No. 1 case and movement, but with a neat skeletonized dial.

Quick catch-up on Carl Suchy & Söhne – the brand once enjoyed a notable reputation as Austria’s premier watchmaker at the height of the Austro-Hungarian Empire, but much of that history had been lost – er, to history when the watchmaker’s bench was vacated around the turn of the 20th century. Not content to let a good story go to waste, the brand is now under new ownership, and if these two initial releases are any indication, the future is looking bright indeed.

Granted, Carl Suchy & Söhne still has much to prove, but if they’re starting to establish a key component of their name, it’s that traditions are a little like rules – they’re meant to be observed, bent, iterated on, and then re-made. And that’s sort of what the Waltz No. 1 Skeleton Watch is – it’s everything we loved about the initial Waltz with its curved hourly indices set into the dial, and striking guilloché pattern inspired by the perpendicular positioning of two dancers entwined in a waltz. However, here those textured grooves have been replaced by shutters through which the Vaucher-manufactured VMF5401/180 ultra-thin movement is visible. Even the rotating center seconds disc at 6:00 gets the same skeletonized treatment, further animating the dial while neatly illustrating the contra positioning of two dancers amidst a waltz. 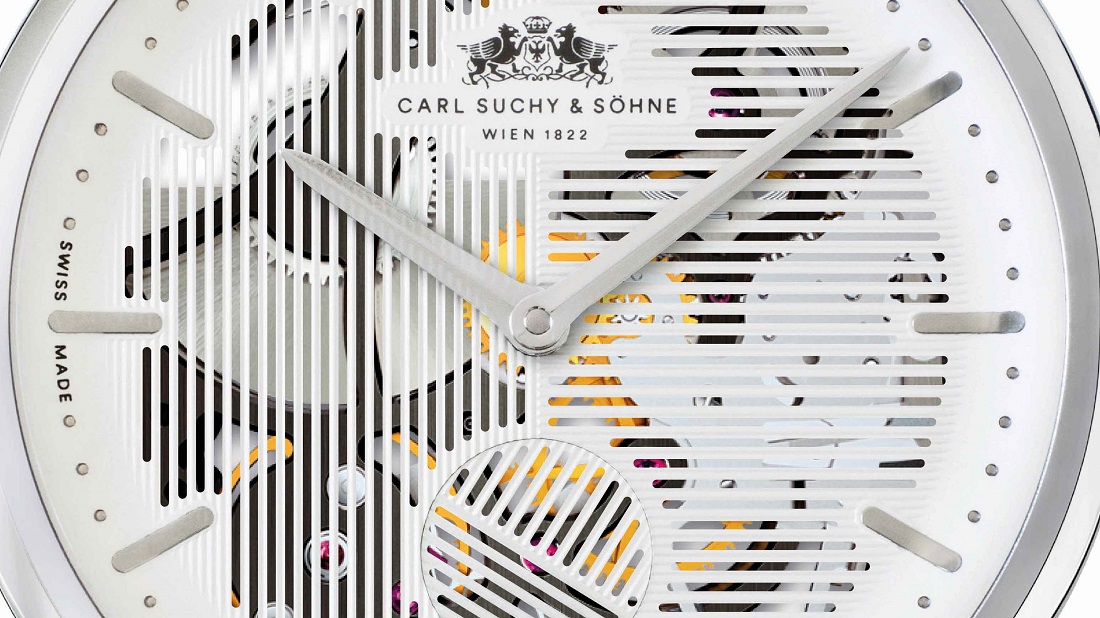 VMF5401 is far from an uncommon movement – Vaucher makes high-end ebauches for many “haute horology” applications, and this is essentially one of them – albeit a stripped-down version with only a center seconds and no other major complications. Carl Suchy & Söhne’s execution of the movement differs slightly, as you’ll notice through through the louvres how the VMF 5401’s plate and bridges have been beveled, and PVD-coated black for contrast to introduce a very subtle, but cool series of textures and depths that aren’t often with most skeletal treatments. And as a true ‘ultra-thin’ movement at a wispy 2.6mm, the VMF5401 also comes equipped with a de-centered micro rotor, which is a treat to behold through the back of the watch.

With short, downward-curved lugs and a svelte 9.3mm profile, it’s extremely likely that the 41.5mm case of the Waltz No. 1 will wear well within the comfort levels of most wrists, but we’ll hold the verdict until we have a chance to go hands-on with this unique watch at Baselworld. Price for the Carl Suchy & Söhne Waltz No. 1 Skeleton is 18,390 CHF. carlsuchy.com