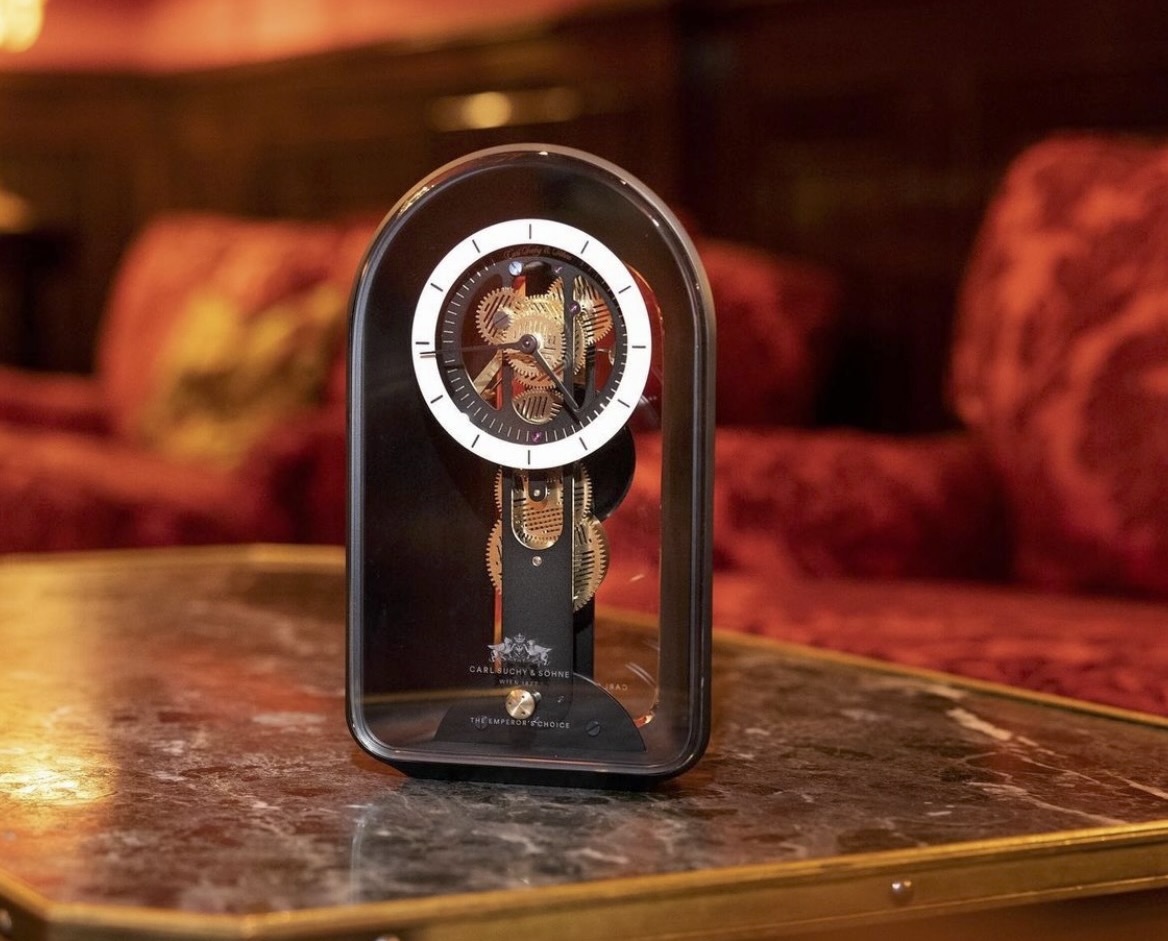 An appreciation for high horology doesn’t have to stop at the wrist. Whether kept on your desk as a practical time-telling device or placed on display as an instant conversation starter, a desk clock provides the perfect opportunity to appreciate horology in a different way. Limited to 10 pieces, renowned watch and clockmakers Carl Suchy & Söhne introduce the Table Waltz, an Austrian-made table clock crafted in Carl Suchy & Söhne’s distinct style. 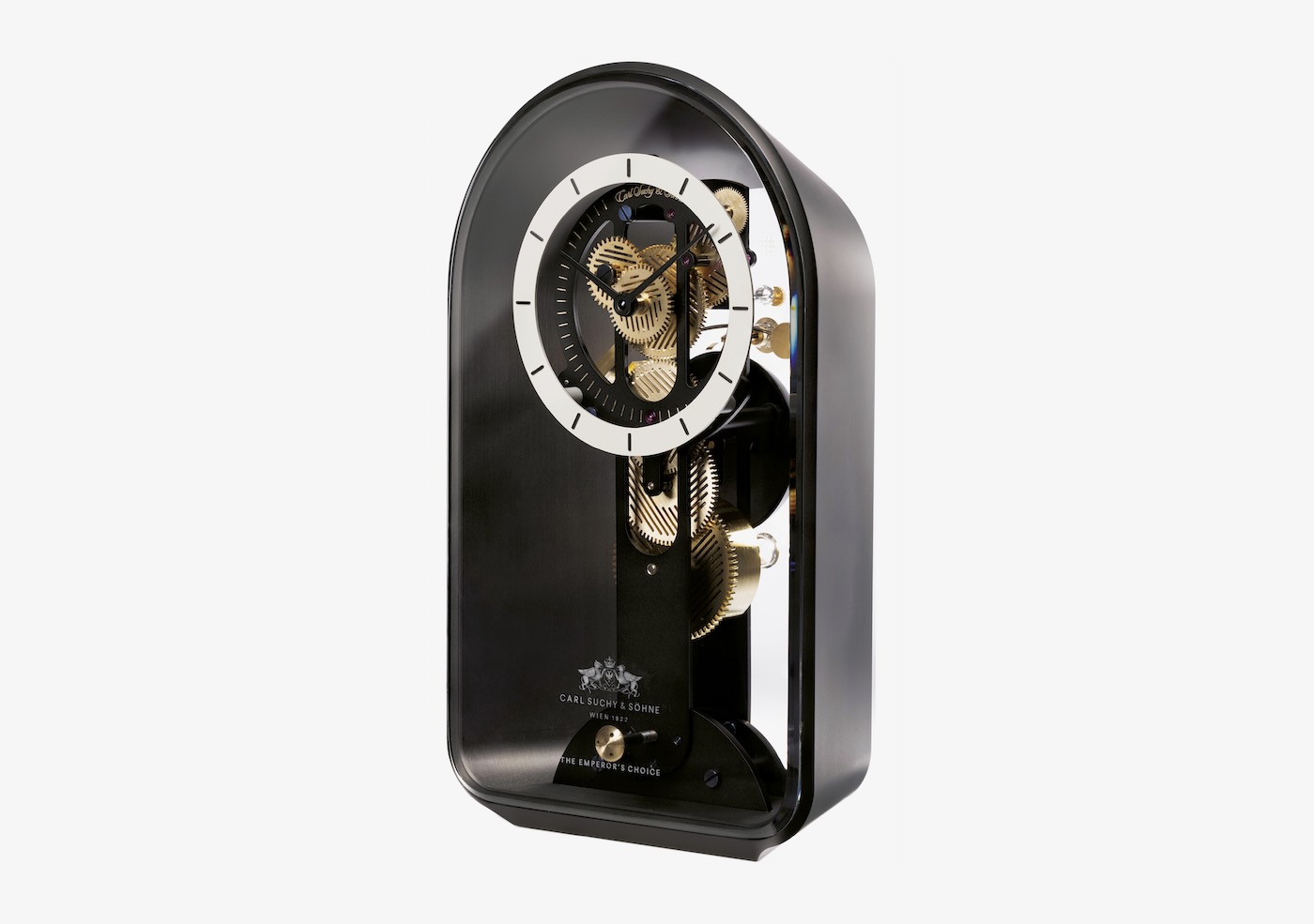 While the Swiss and Germans tend to be synonymous with European watchmaking, Austria is often overlooked. However, brands like Carl Suchy & Söhne have a rich history of watchmaking that dates back nearly 200 years, predating even the Austro-Hungarian empire. Born in 1796, Carl Suchy spent his early years as an apprentice watchmaker before finally opening his first clock manufactory in Prague, the city of his birth. In the following years, Suchy turned his thriving business into a family affair, with his four sons all entering into the business. With their help, it wasn’t long until Carl Suchy & Söhne became the most prominent watchmaker in the entire Austro-Hungarian empire, and Carl Suchy was appointed as the “Watch Purveyor to the Royal Court and Imperial Court” of the Empire. 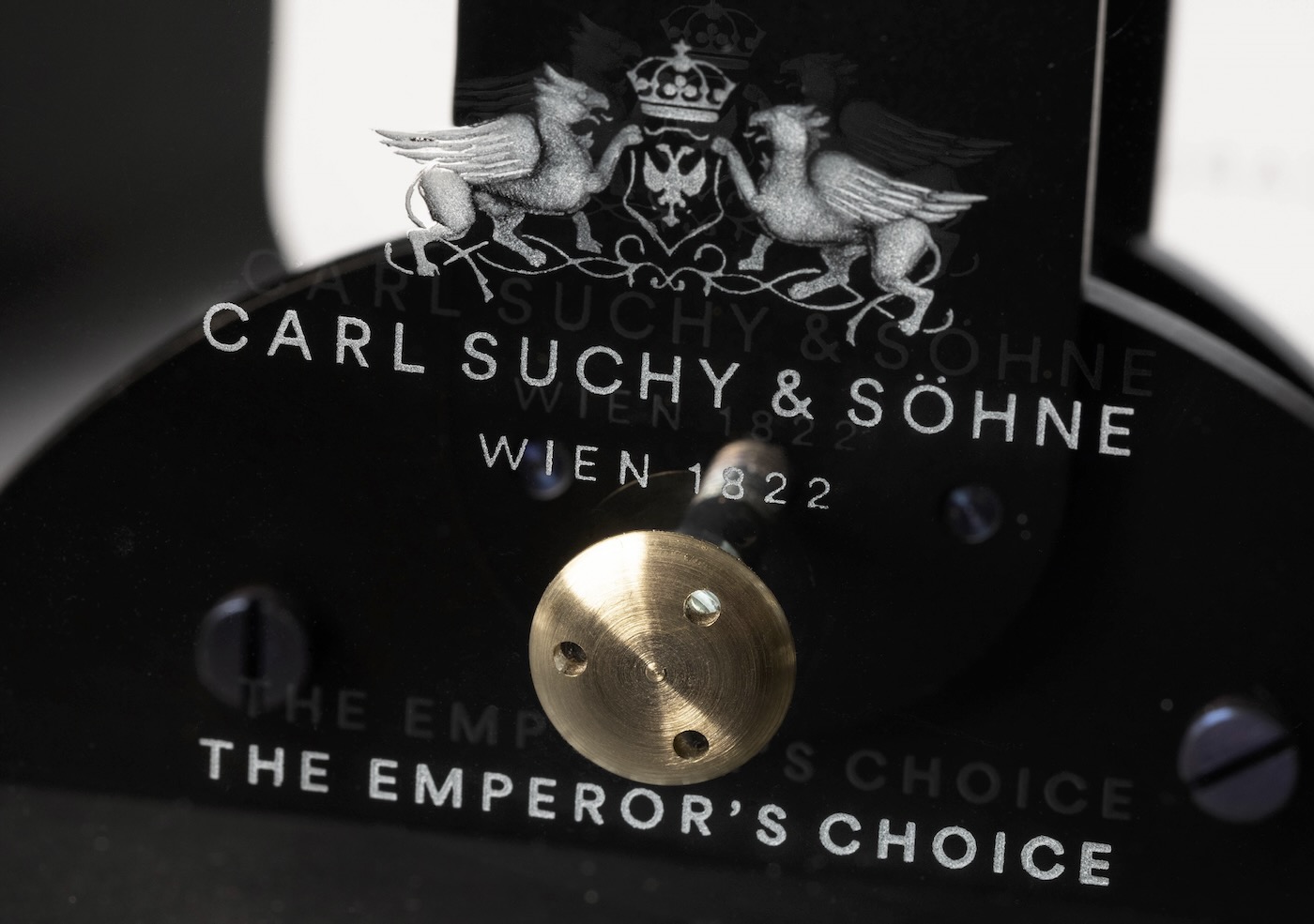 The Suchy family soon began to cross borders, with Carl Suchy Junior establishing a pocket watch factory in the famed Swiss valley of La Chaux-de-Fonds, while younger brother Hans opened a new store on the cobbled streets of Vienna’s historic city center. The move to Vienna was a turning point for the brand, as it placed the watchmakers in the beating heart of European culture — the home of countless composers, from Mozart to Beethoven, artists like Klimt and Wagner, and intellectuals like Sigmund Freud. Simply put, it was the perfect place for creative and innovative minds like those of the Suchys to thrive. Sadly, all good things must come to an end, and just as World War I began, Suchy shuttered its doors. It would take nearly a century, but in 2017, Carl Suchy & Söhne was revived, returning the Viennese design and artisanship that established Carl Suchy & Söhne’s sterling reputation.

In designing the Table Waltz, Carl Suchy & Söhne’s goal was to capture the charm and craftsmanship of the original table clocks made by the brand over 150 years ago, many of which still adorn the salons of Vienna. Housed in a dark silk matte case that stands 25cm high, this object d’art is powered by Carl Suchy & Söhne s CS-T1 in-house movement — a caliber that took over two years to develop. Indeed, the entire piece celebrates the power of collaboration in horology, as Carl Suchy & Söhne worked closely with multiple-award-winning designer Rainier Mutsch and master Watchmaker Therese Wibmer to make the Table Waltz a reality. 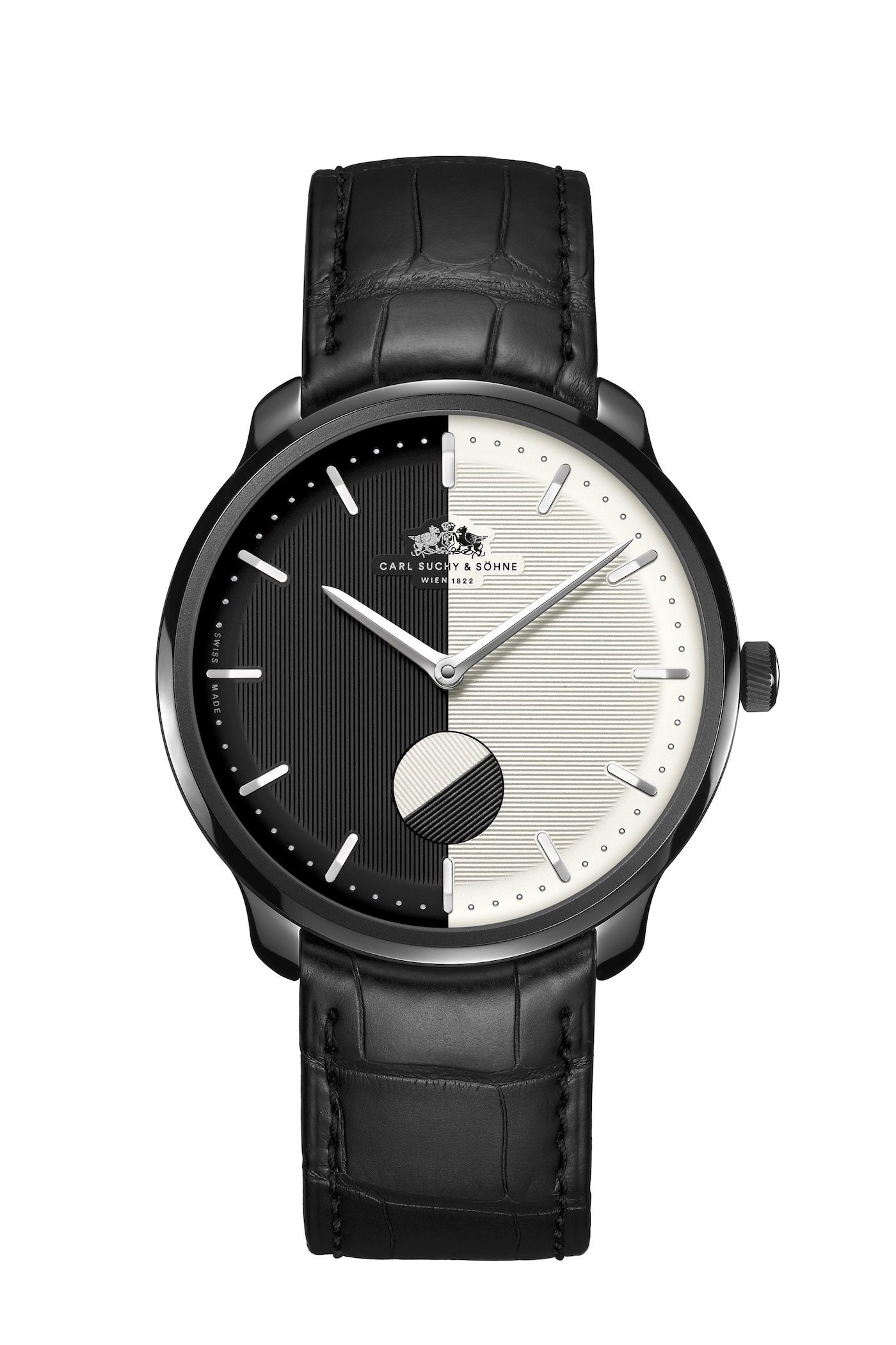 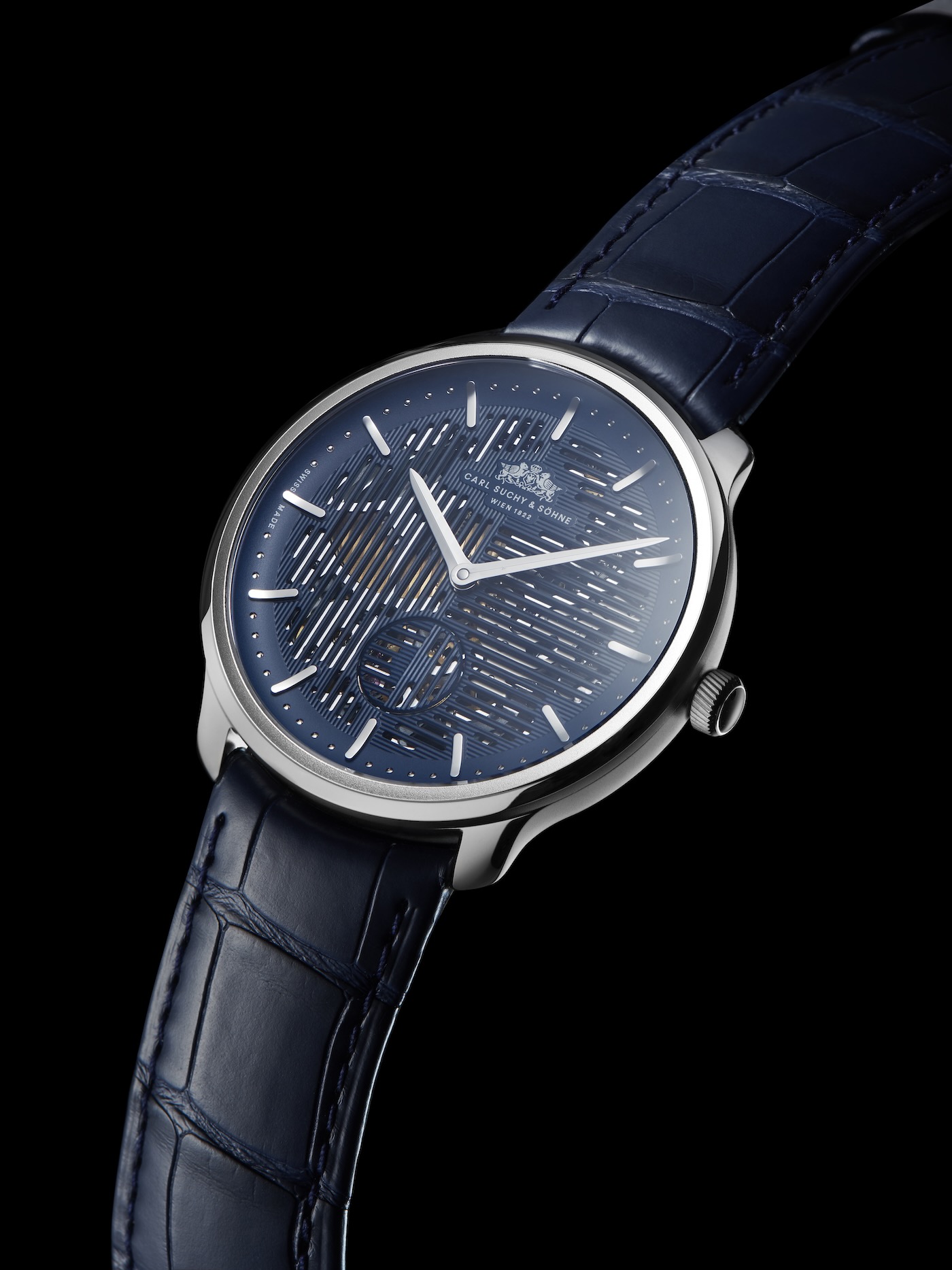 The Table Waltz is a natural extension of the brand’s Waltz N°1 line of watches. Inspired by the famous Austrian architect Adolf Loos, these watches combine minimalism with modern innovation. Just like the Waltz N°1 watches, the Table Waltz embraces simplicity and the purity of functionality. Even the design language, like the bold striping found on both the Waltz N°1 Day & Night and Waltz N°1 Skeleton are mirrored in the execution of the Table Waltz.

In crafting the Table Waltz, the team’s goal was to showcase Viennese craft. The glass on the front and back of the clock was hand-engraved by J & L Lobmeyer, while the entirety of the movement is crafted from Austrian components. The plates, pivots, and signature Carl Suchy & Söhne gears were all handcrafted in the Waldviertel region. Even the case, milled from a solid block of brass and refined with a special nickel-plated process, is fully Austrian. 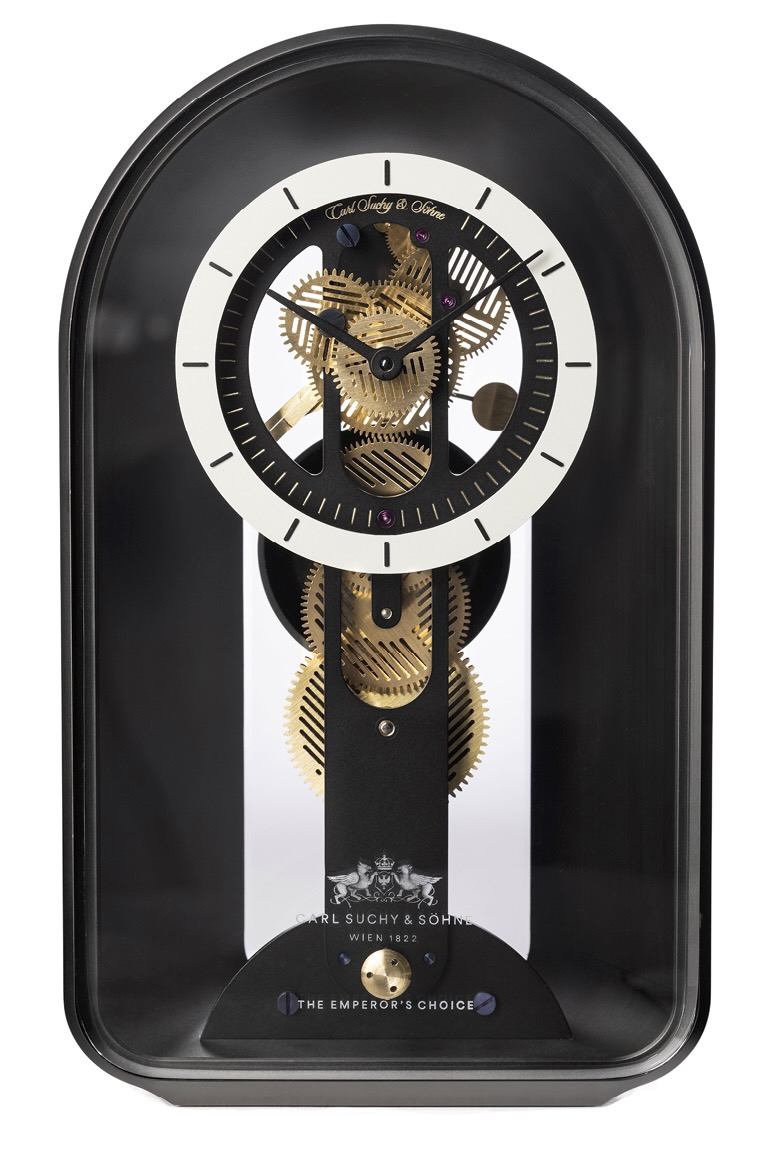 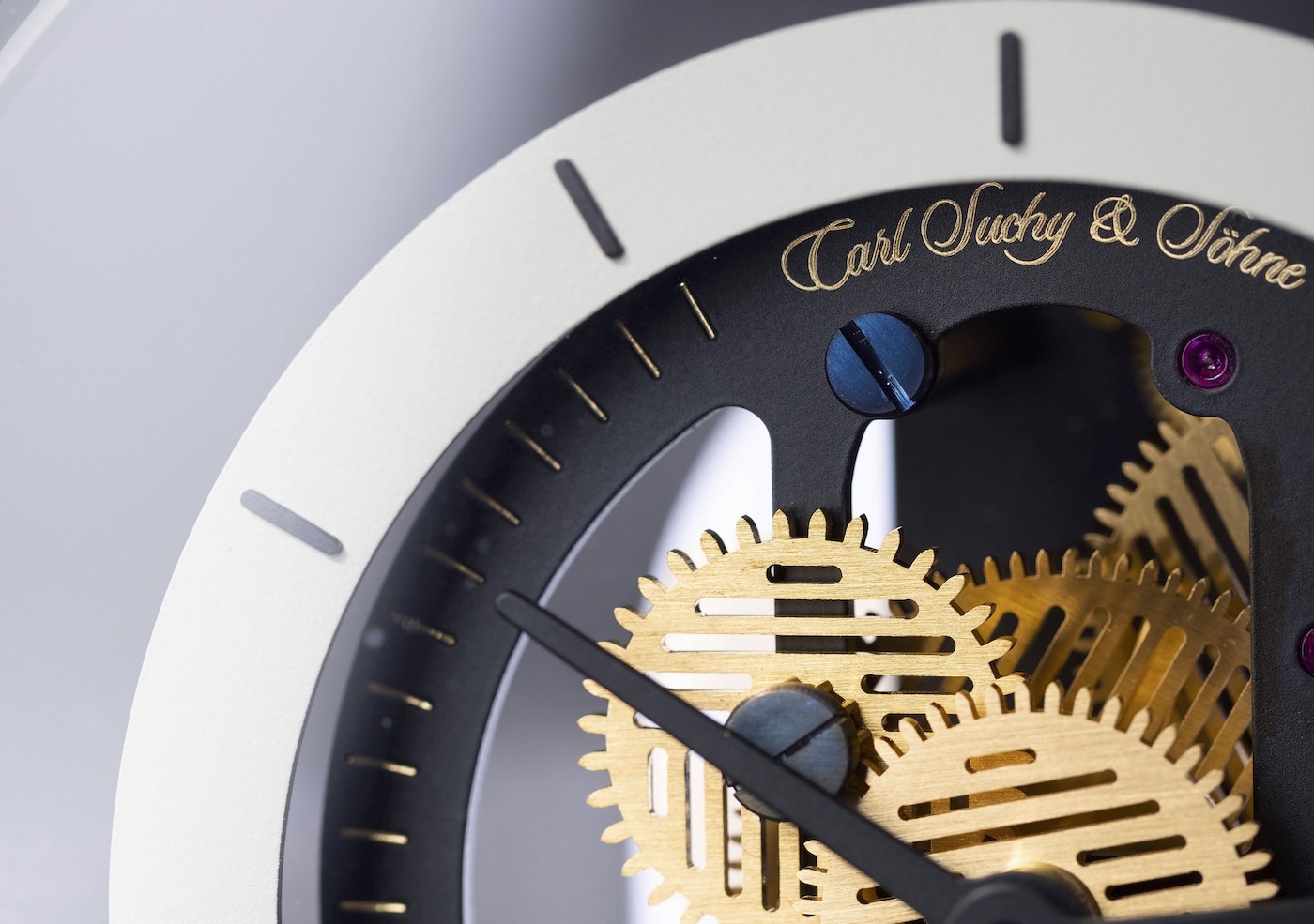 The Table Waltz is functional art that will act as a centerpiece in any space. The sculptural beauty of the case serves to accentuate and highlight the CS-T1 movement placed on full display, the clock face restricted to only an hour ring. Though the clock remains instantly readable, thanks to the contrasting colors of the hands and movement, the eye can’t help but be drawn to the impeccably finished elements comprising the movement and done so in a distinctly Viennese fashion. The gorgeous CS-T1 movement hides another secret alongside its key-winding seven-day power reserve. Set to chime only on the hour, Carl Suchy & Söhne has incorporated a subtle and delicate silver bell to remind you of the time (though, of course, this complication can be silenced by the user). 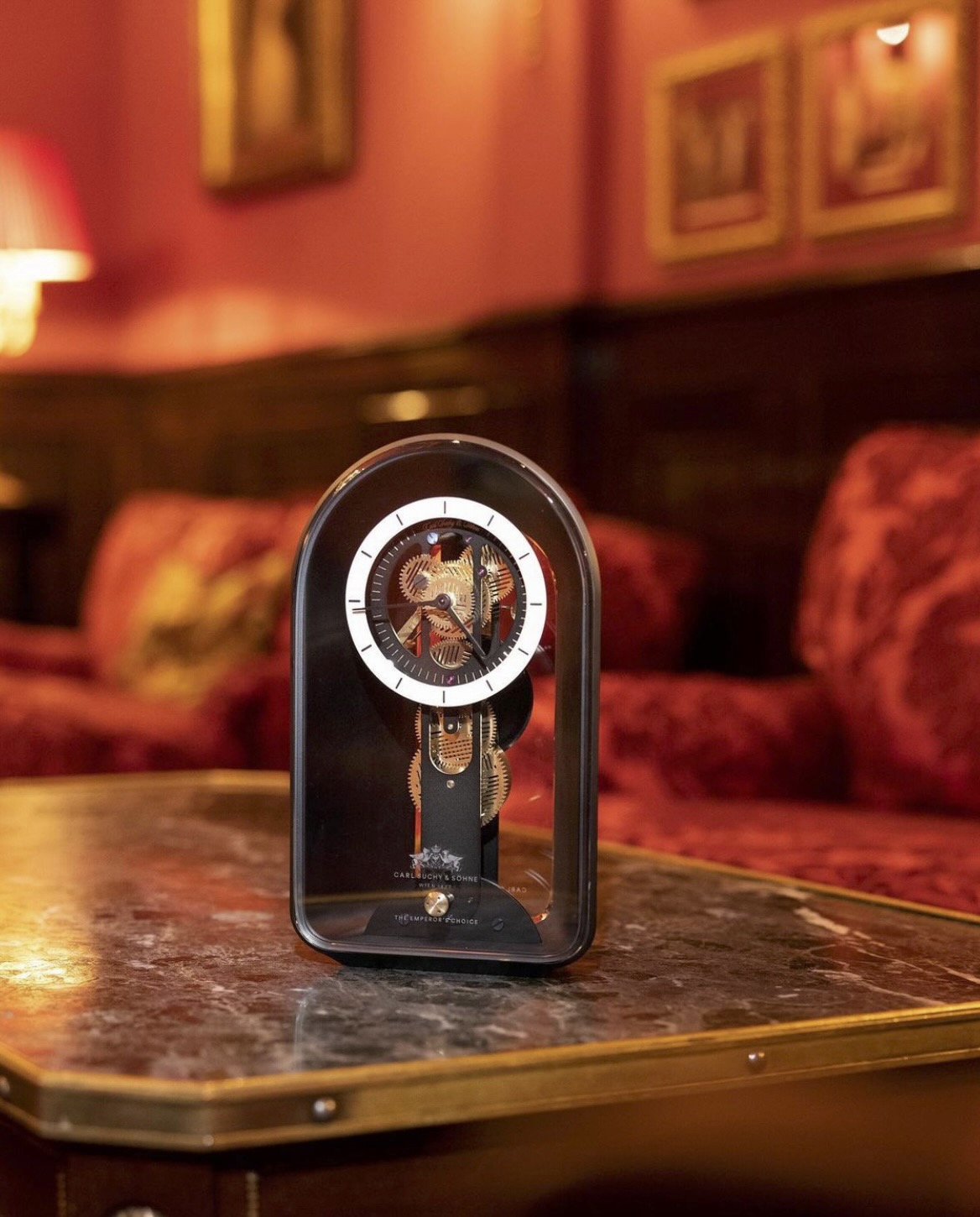 If you’re looking for a statement piece that shines with Old World artistry and evokes the cultural exuberance of pre-war Vienna, be sure to take a close look at the Carl Suchy & Söhne Table Waltz. Limited to only 10 pieces, the Table Waltz is available now for €27,700 (CHF30,650). To learn more about Carl Suchy & Söhne and the brand’s distinctly Viennese watch and clock collection, be sure to visit the brand’s website.