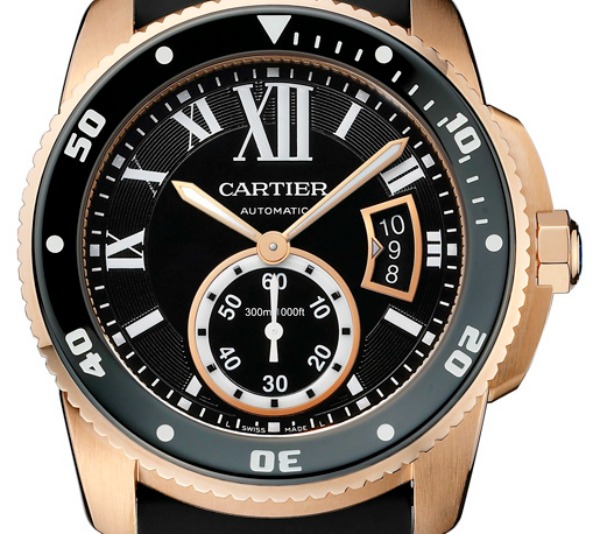 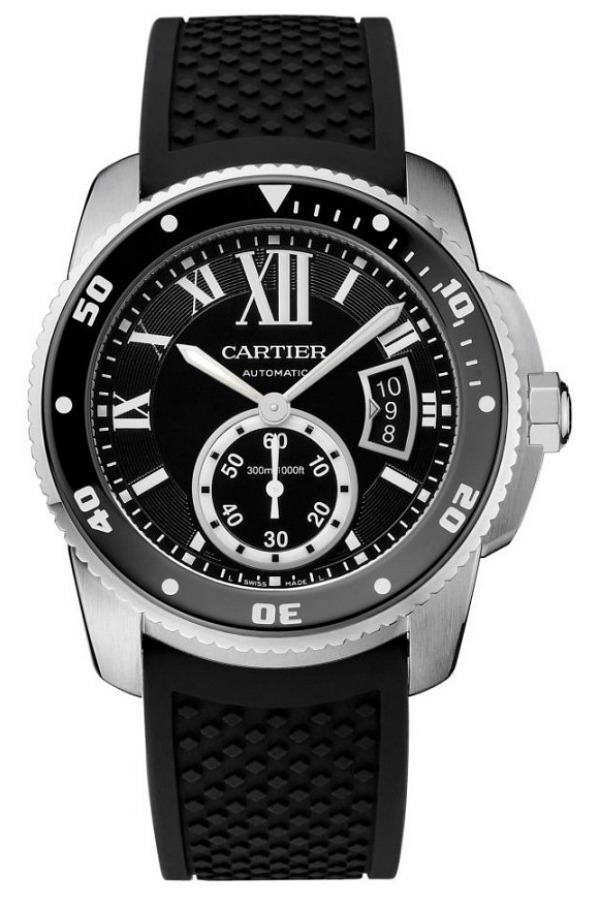 The original Calibre (reviewed here) was followed up with the Calibre Chronograph from 2013, and for 2014 Cartier will release the Calibre Diver. Here I was expecting the Calibre GMT for 2014 and instead I am surprised with a diver. I am not complaining. Watch lovers like me go gaga for divers and each luxury brand should have one. The idea of a luxury diver is less about actually diving, and more about the idea that you can combine the utilitarian tool watch lover in you with the brand-obsessed fashionista that secretly likes big names. So take one part Cartier and one part dive watch and for some you have a perfect recipe. 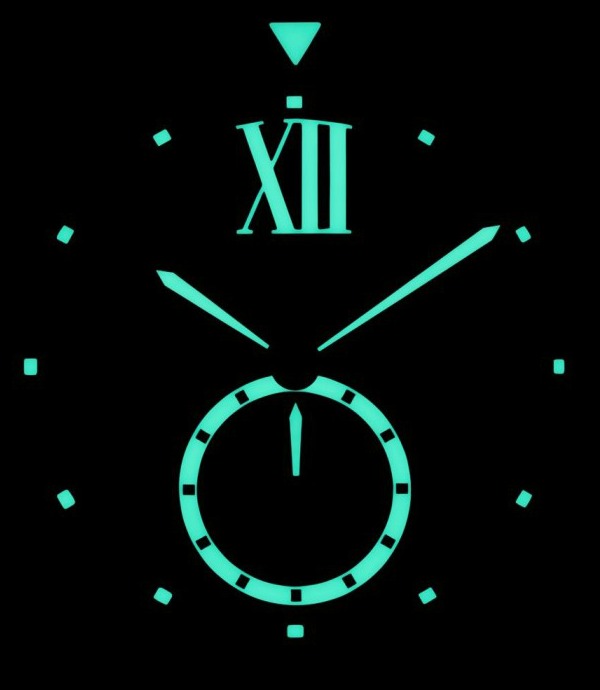 We will get to see more of the Calibre Diver at SIHH 2014 but for now what we know makes us excited about the new watches. Like most dive watches, the Calibre case is fitted with an external rotating diver’s bezel. The bezel is likely to be slightly sloped inward and we know that the numerals are painted in SuperLumiNova. The bezel material isn’t clear yet, but it would be great if it were in ceramic (update, the bezel will probably be steel, but will be DLC black coated. Aside from the slightly bolder subsidiary seconds dial and additional lume, the dial design is very much the same as the original three-hand Calibre. Note the relatively high-contrast colors making for a legible look that is important for dive watch lovers. 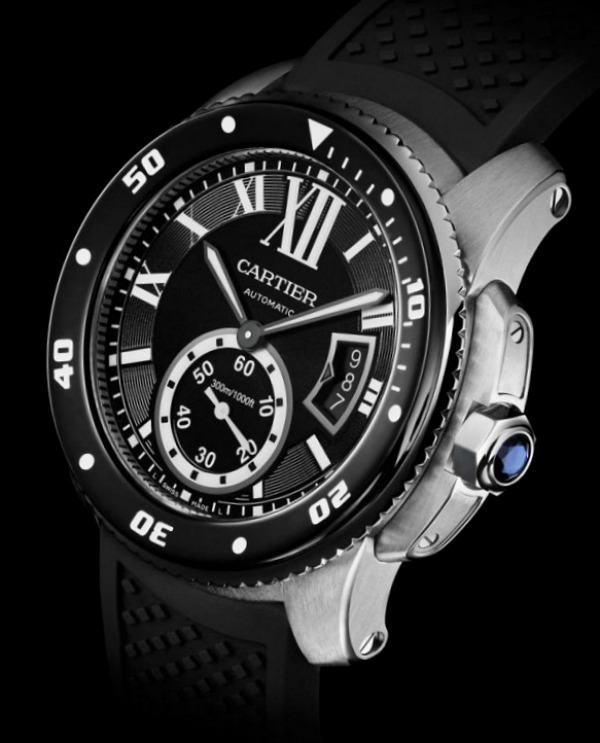 Cartier will offer the Calibre Diver (“Calibre de Cartier Diver”) in both steel and 18k pink gold versions. It isn’t clear what all the strap options will be, but a textured rubber strap will come standard. Inside the watch you will once again find the Cartier in-house made caliber 1904MC automatic movement. We will bring you a hands-on look early in 2014 after the model debuts at SIHH. Prices for the Calibre Diver start at 5,500 Euros on rubber and go to 6,000 Euros in steel on a bracelet. cartier.com