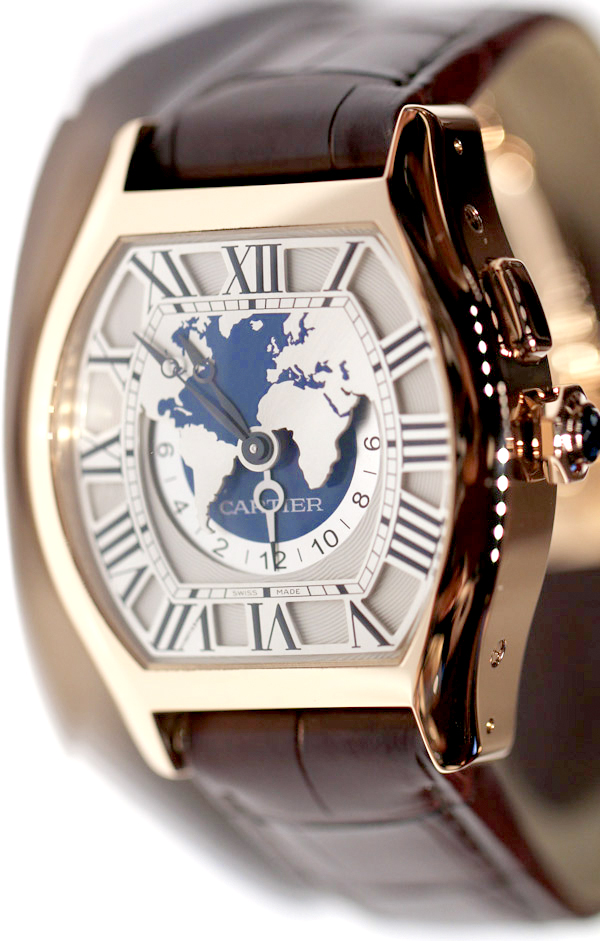 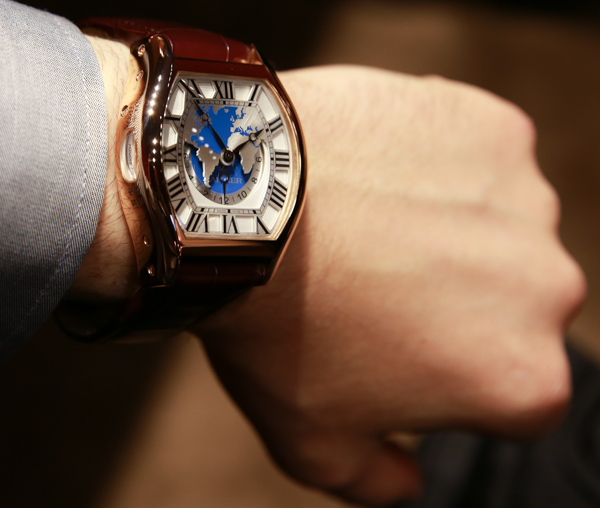 Cartier, an essential name in the luxury watch world, announced a series of 2013 novelties at SIHH this year. Among the fray is the interesting and notable Tortue XXL Multiple Time Zones watch. Available in either pink or white gold, the Tortue XXL world timer offers what at first may seem like a fairly conventional GMT complication until you view the watch from its side. Along its left flank, Cartier has fitted a small window which allows the user to view a selectable range of cities and define their desired local timezone.

A pusher located at two o’clock is used to cycle through the available timezones (based on the standard city) and the watch will even offer the distinction between summer and winter time by displaying a tiered layout that references the seasonal setting of both north and south hemispheres. Ariel saw the Tortue XXL in person and confirmed that the city select feature could be managed without removing the watch from your wrist. Home time is displayed on the lower sub dial and Cartier has forgone the usual 24 hour dial, opting to employ a daylight hand (featuring a sun) and a night hand (featuring a moon). This is a much more elegant way to display the same information in less space and allows additional real estate for the world illustration to be included in the dial design. 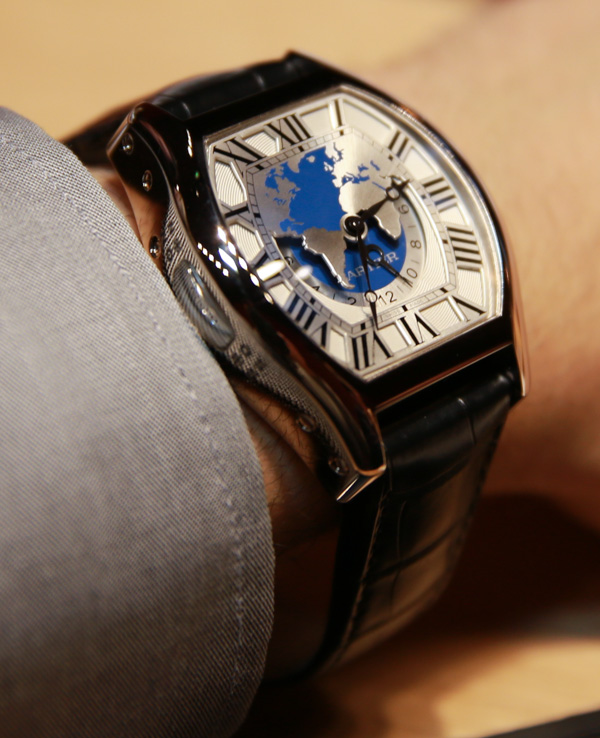 The movement is the Cartier caliber 9914 MC which features 283 parts, 27 jewels and a power reserve of 48 hours. This innovative in-house movement allows the Tortue XXL to offer the more simple dial layout of a two timezone watch, while still packing the punch of a selectable multi zone complication. The 9914 MC is an automatically wound movement and can be viewed via the Tortue XXL’s display case back. Cartier doesn’t use “XXL” lightly as the Tortue XXL measures a whopping 51 mm long, 45.6 mm wide, and 17.2 mm thick, making it very large for a watch with such a dressy vibe. You can see from the included wrist shots that the Tortue XXL wears large and has a rather flashy wrist presence. 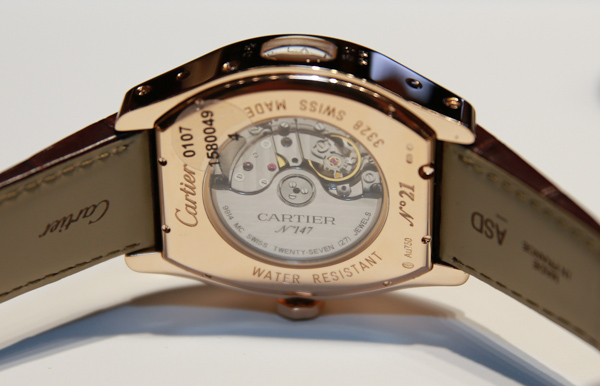 This is a surprisingly tight design from Cartier and should make for a strong competitor in its segment. The movement is the essentially the same as the one used in Cartier’s Calibre Multiple Time Zone Watch but it has grown up a bit and they have dropped the gimmicky complication for measuring your jet lag. The resulting dial design is legible, ornate, and still distinctly Cartier. The dial exhibits a not-too-flashy world design to suggest the watches true capabilities while still allowing ample space for the roman numerals and multiple timezone display. Cartier made a wise decision in keeping the main dial design as straightforward as possible, with the time zone selector window on the case side, more of the dial can be devoted to information you need most frequently. For a high end and fairly complicated Cartier, this design works really well. 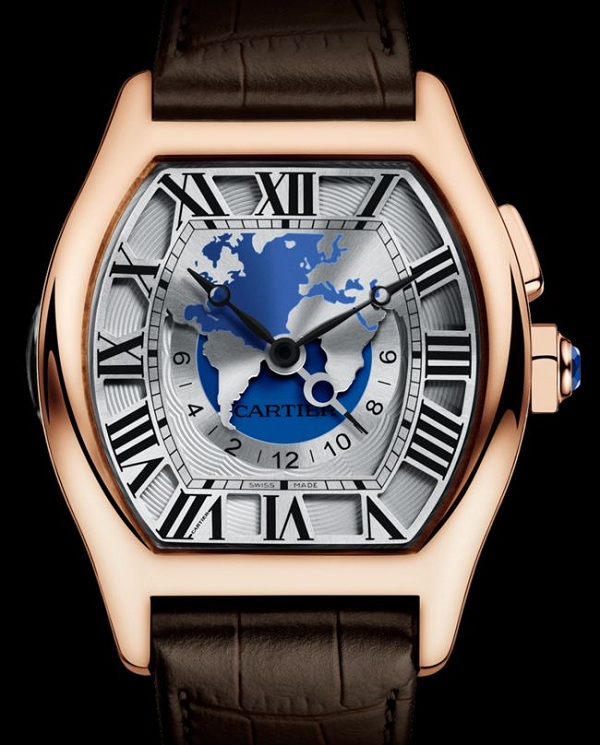 Novelties don’t come cheap and the Cartier Tortue XXL in white gold will sport a list price of $46,200 with the pink gold weighing in at $43,100 USD. That may very well be chump change for the jet lagged globe trotters among us, but price tags like that is what SIHH is all about. The Tortue XXL is yet another notable model from brand that, despite often going their own way, has carved out an enviable and recognizable position in the luxury watch game. Do you think Cartier a reached a point where they are a serious choice in the $30,000 plus segment? cartier.com