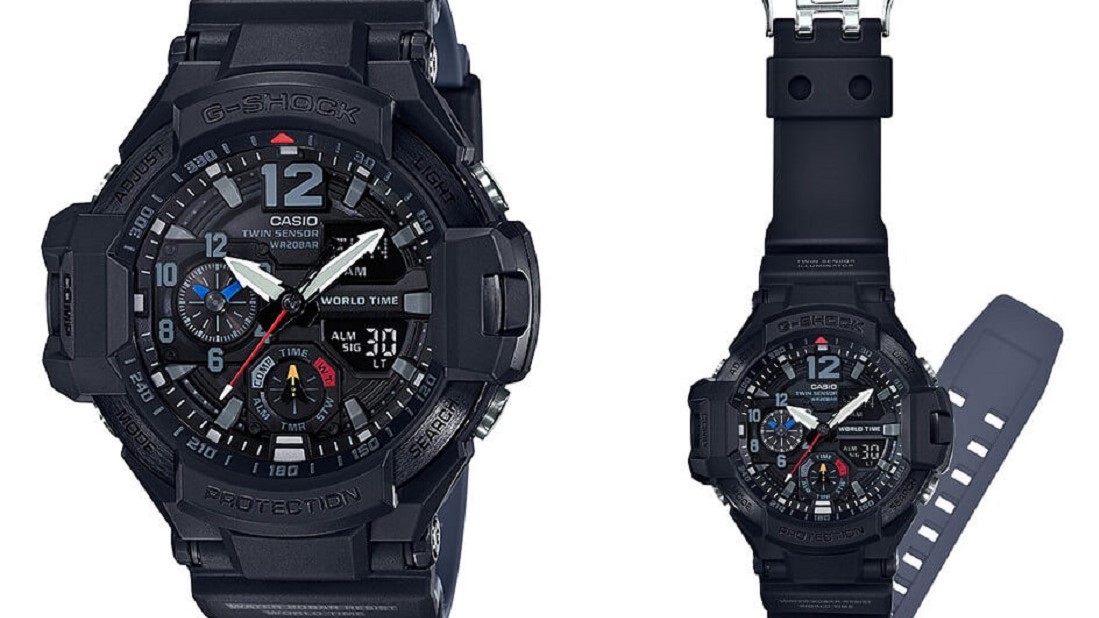 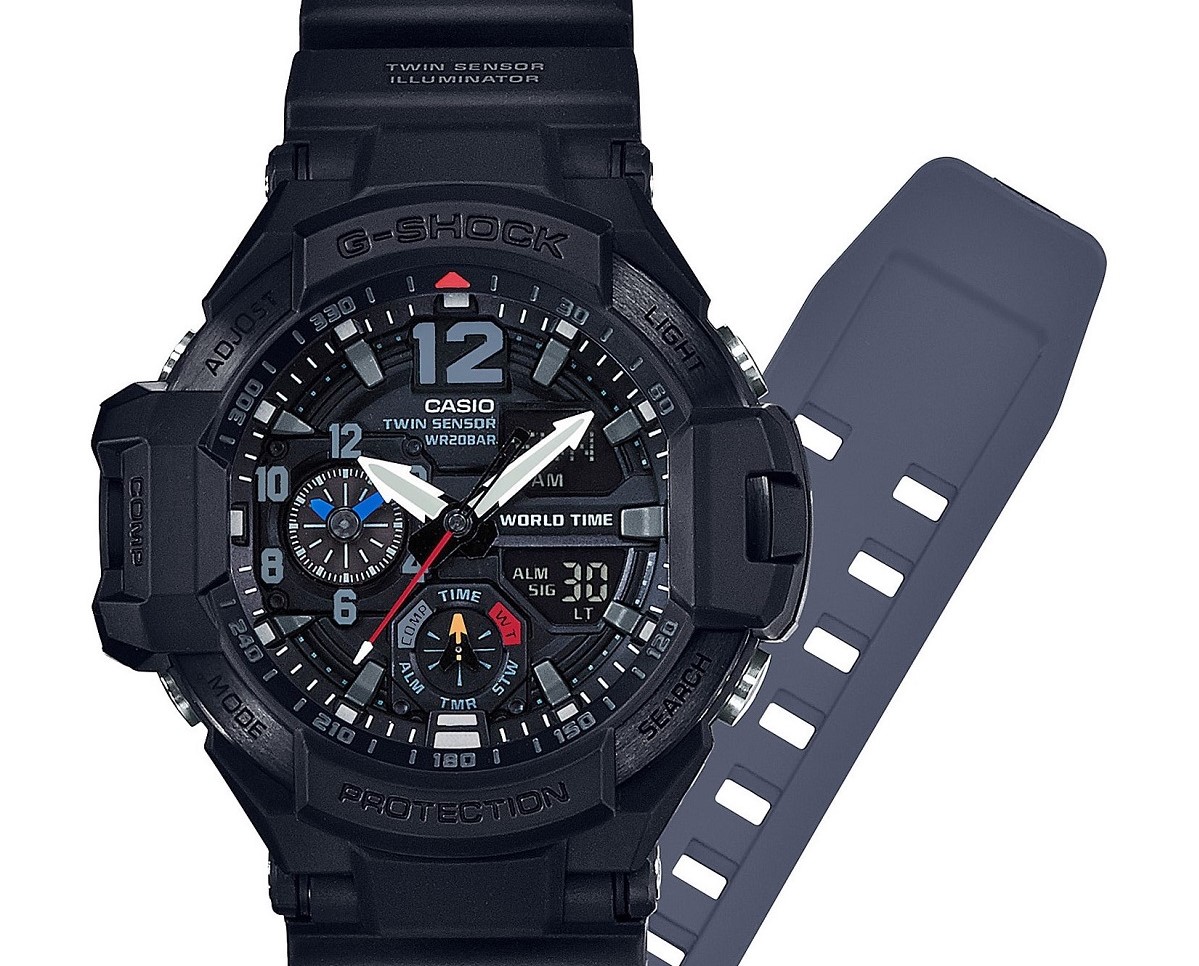 As a part of Casio‘s growing collection of aviation-focused watches, the Casio G-Shock Gravitymaster GA-1100-1A1 brings even more flavor to the line-up with a new ‘Black Out’ colorway that was just announced. Like many of the G-Shock collections, there are plenty of options when you consider the Gravitymaster, but several of these can creep dangerously close to the $1,000 mark – like the Bluetooth Connected version we reviewed here. The Casio G-Shock Gravitymaster GA-1100-1A1, on the other hand, delivers a more simplified, yet fully functional option for less than $300. This makes it a very accessible and capable G-Shock for fans interested in upgrading to something with a little more muscle than the F-91W, for instance.

With a 52.1mm case (50.8mm lug-to-lug), you can be certain that it’s just as big as several of the other Gravitymaster models. But, if there’s one thing to expect from Casio, it’s that they’re really good at designing large watches that wear comfortably. In fact, even when breaking the 50mm mark, you can probably bet that the Casio G-Shock Gravitymaster GA-1100-1A1 wears much smaller than its size might suggest – especially with the blacked-out color scheme. The case itself is Casio’s usual resin/stainless steel combination with a thickness of 16.9mm and 200m of water resistance. The pushers are adequately recessed and a burly resin bezel houses Casio’s twin-sensor technology for temperature and compass readings. 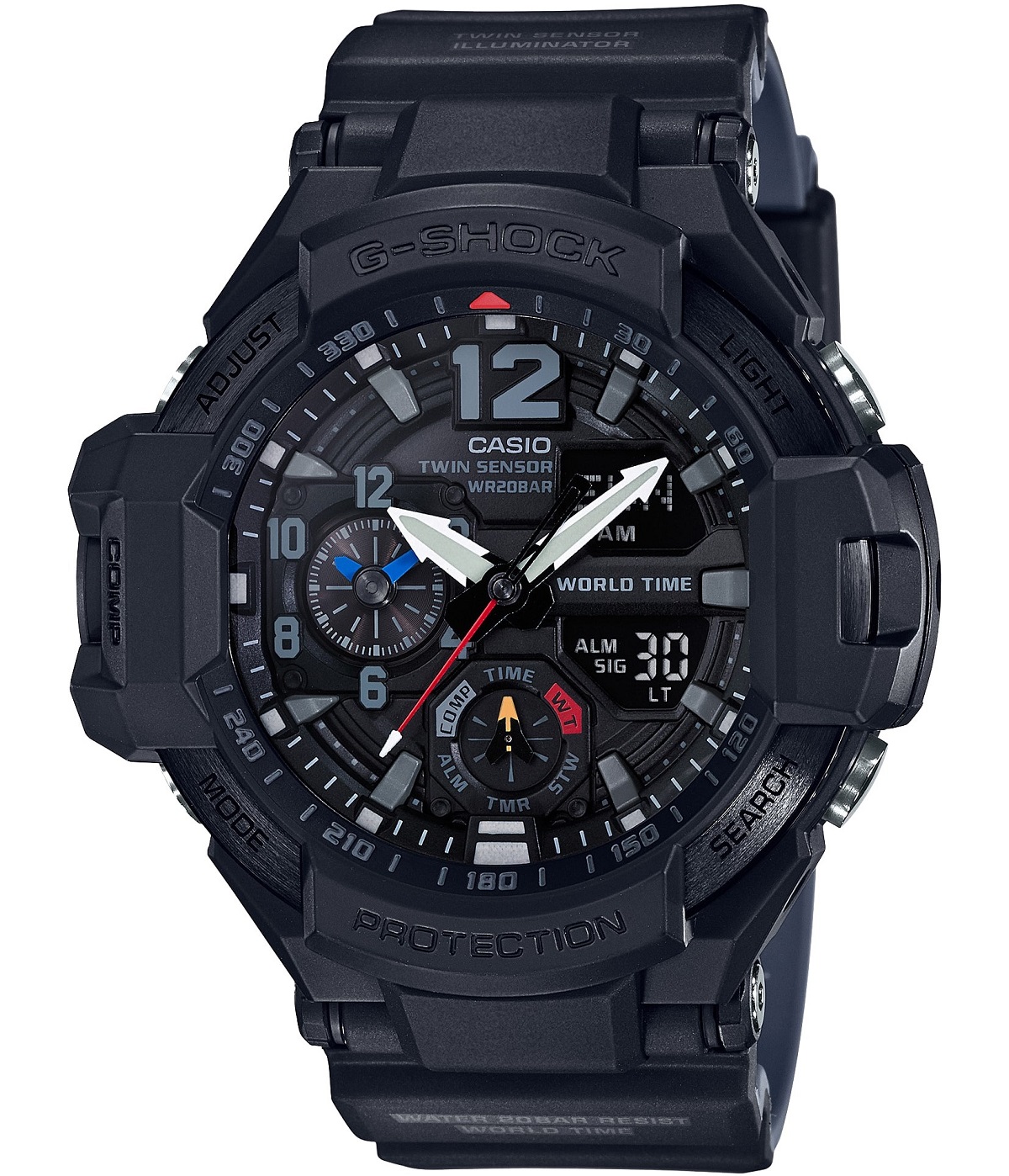 Being the pilot watch that it is, the Casio G-Shock Gravitymaster GA-1100-1A1’s dial centers around an “Ani-Digi” combo that comfortably displays data across various modes. The sub-dial at 9 o’clock displays a second time zone while the cockpit-inspired sub-dial at 6 o’clock indicates the different modes wearers can cycle through. While the dual-time and world time functions would prove to be most useful for pilots, the watch also supports a 1/100th second stopwatch, 12/24 hour formats, four daily alarms with one snooze alarm, and a dedicated countdown timer. White, blue, and red accents contrast nicely with the blacked-out colorway and the large handset suits the massive dial. However, one has to wonder if legibility could be negatively affected due to the darkened Arabics and indices found throughout the dial. 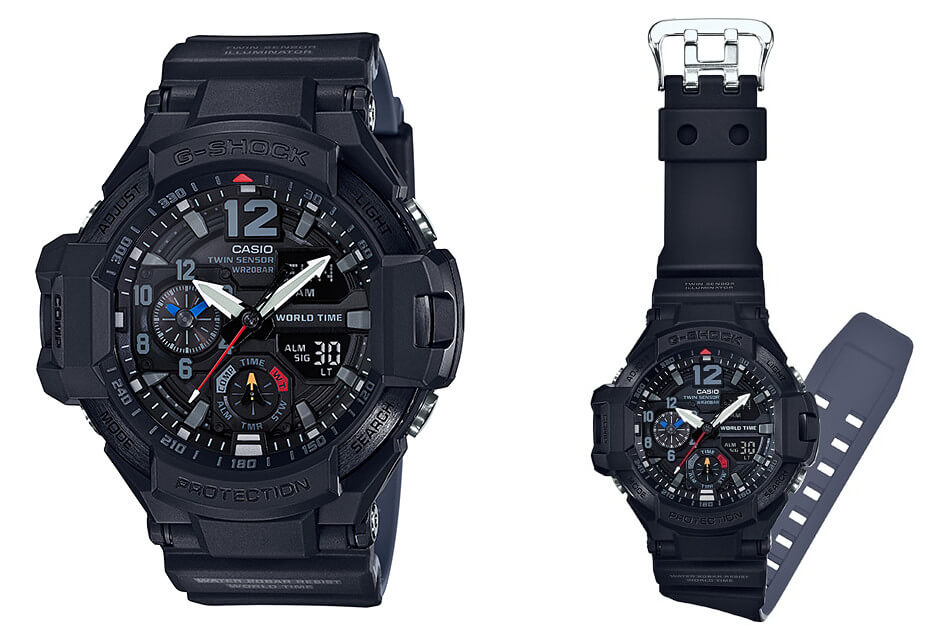 I’ve been tempted by Casio’s Gravitymaster series on more than one occasion, even if it’s just for the dual-time functionality. Still, the higher price point and the often vibrant color schemes can be a bit of a turn-off when looking for a quick grab ‘n go quartz watch you can beat around on a weekend camping trip without feeling guilty. And while it’s true that this specific Casio G-Shock Gravitymaster GA-1100-1A1 might not have all the fancy mobile connectivity features of its peers, it would probably still be suitable for most casual wearers and ultimately, it’s the day-to-day utility that counts. The Gravitymaster GA-1100-1A1 ships with Casio’s signature resin band and retails for $250. gshock.com