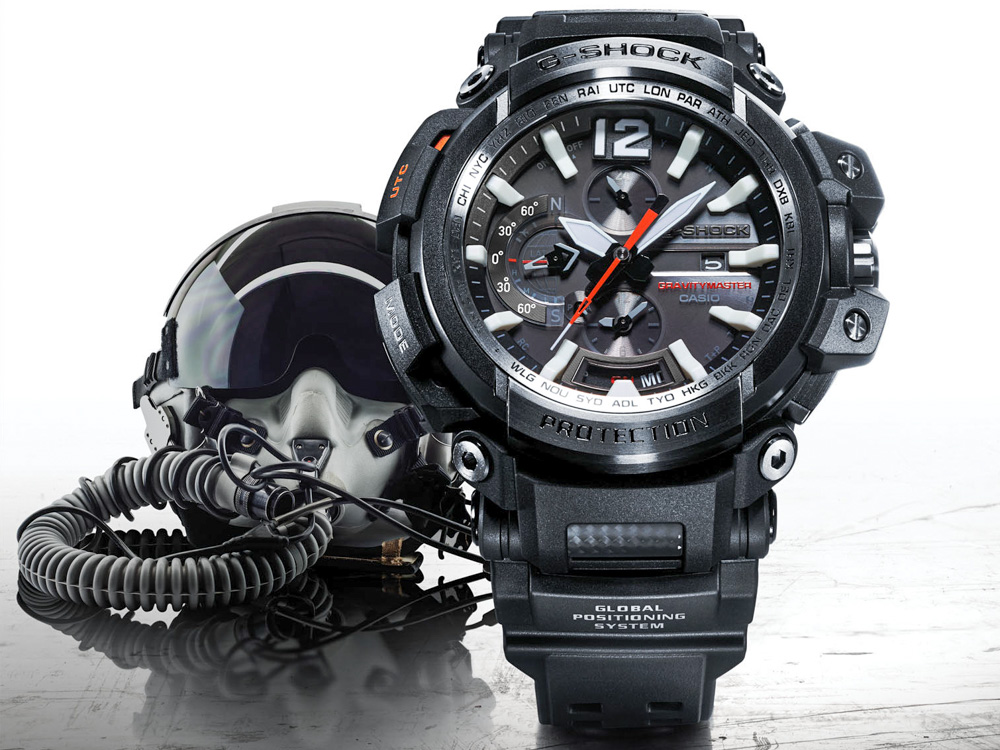 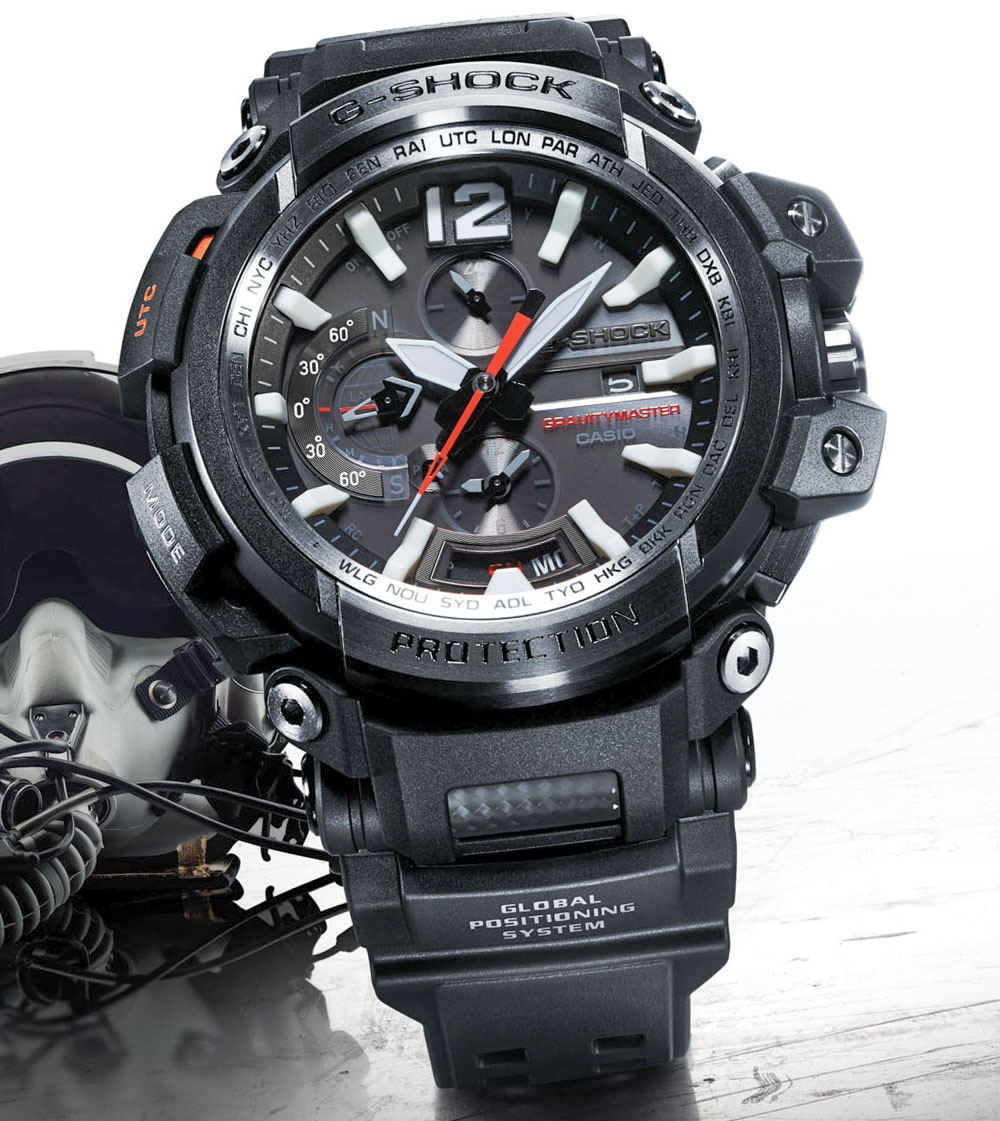 Enter the Casio G-Shock Gravitymaster GPW2000-1A, the very first Bluetooth-connected model in the Master of G series and a watch that was designed specifically for pilots – but not only in the ways you’d expect. To be officially debuted at Baselworld 2017 and available from May 2017, let’s have a sneak preview at this 57.1mm G-Shock Gravitymaster. 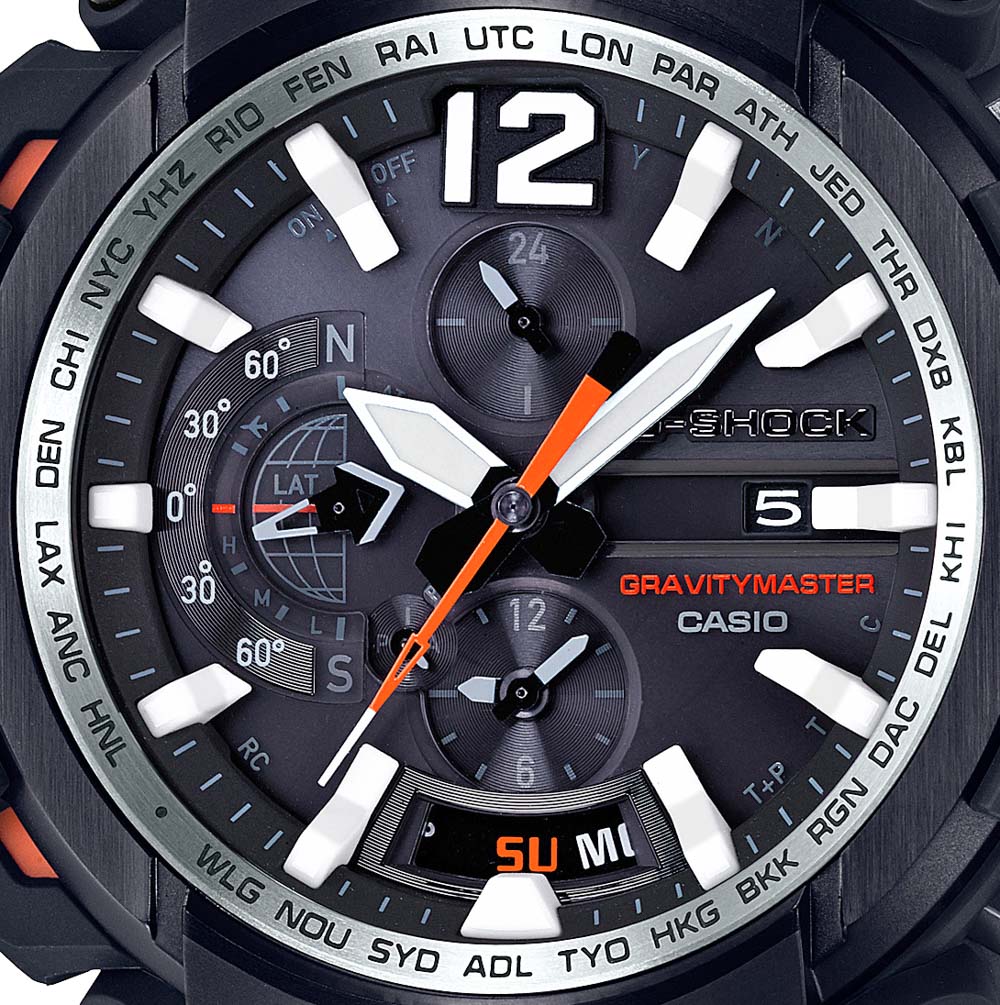 Usual stuff we’ll look at later, but first, here’s what’s new and unique about the Casio G-Shock Gravitymaster GPW2000-1A. As you can see, it is a fully analog G-Shock in the sense that it has no digital displays whatsoever, and yet it packs both Bluetooth connectivity and GPS Hybrid Wave Ceptor technology. Better still, it sort of merges the two to cater for what has to be a rather niche market of pilots and adventurers, and… those are about the only people I can momentarily imagine to be possibly using such functions.

Casio says they have built the Casio G-Shock Gravitymaster GPW2000-1A “specifically for aviation experts” by combining their Mission Stamp function with Bluetooth technology. In essence, “Mission Stamp” uses the built-in GPS to record both time and location over a set period of time and then transmit this data via Bluetooth to what they call a “Smartphone Link app” where, ultimately, said information can be viewed as a flight log. 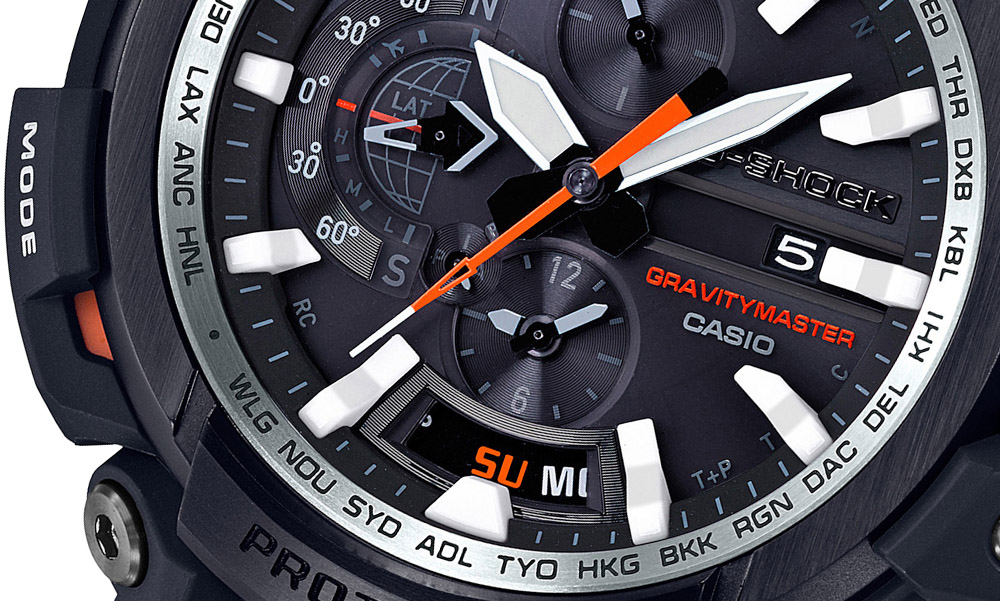 For us mere non-super-pilot mortals, that pretty much means you can possibly rely on the Casio G-Shock Gravitymaster GPW2000-1A to keep track of your progress when you go for a hike or get lost at sea – though there will not be any fitness/health related data to go with it. If you’ve ever handled or owned a complex G-Shock, you’ll know that they can at times be mind-bendingly complicated to get to work, so we’re looking forward to going hands-on with this novelty at Baselworld next week (Geez, it is next week?) to let you know how all this GPS-Bluetooth combination stuff works in real life.

Talk about obscure features, the Casio G-Shock Gravitymaster GPW2000-1A will also (at last!) contain a longitude indicator in addition to a latitude indicator at the 9 o’clock position on the dial, “adding a key function to record travel location and history for pilots carrying out their missions.” 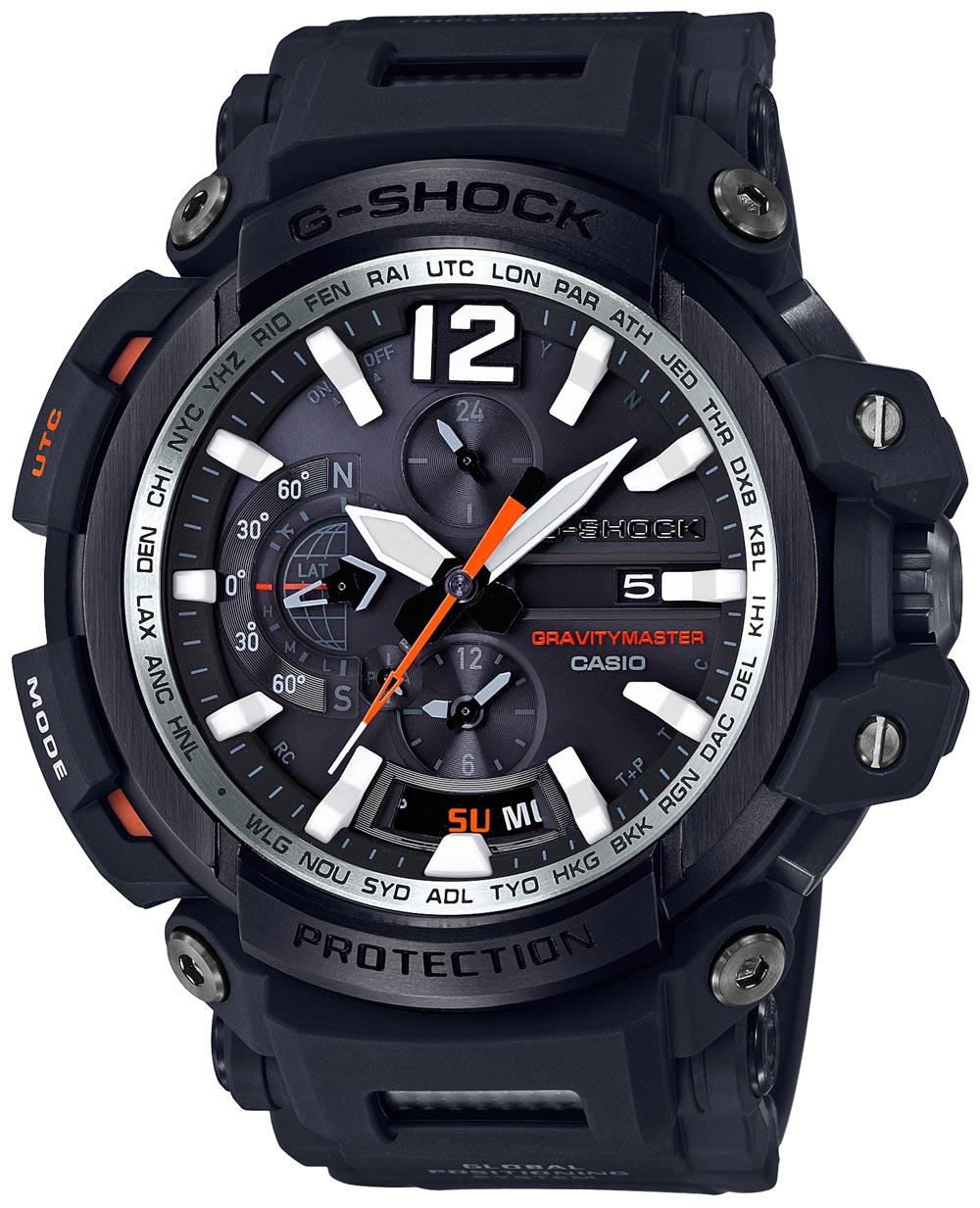 In essence, the Casio G-Shock Gravitymaster GPW2000-1A with its highly specialized flight log system is perfectly in line with the brand’s long history of producing G-Shocks for extremely niche use scenarios, just think of the high-tech Gulfmaster (reviewed here), this quite epic Mudmaster (reviewed here), this ultimate diving tool watch, and of course, the Master of Gravity. And if that weren’t enough G-Shock reading for you, I highly recommend that you check out (or revisit) Ariel’s truly incredible G-Shock manufacture visit.

While we have to carefully manage our energy levels during our 9-day thrash at Baselworld, I’ll certainly dedicate some to figuring out how this Bluetooth-GPS-flight log system works when we go hands-on with it next week. The Casio G-Shock Gravitymaster GPW2000-1A is priced at $800 and will be available from May 2017. gshock.com