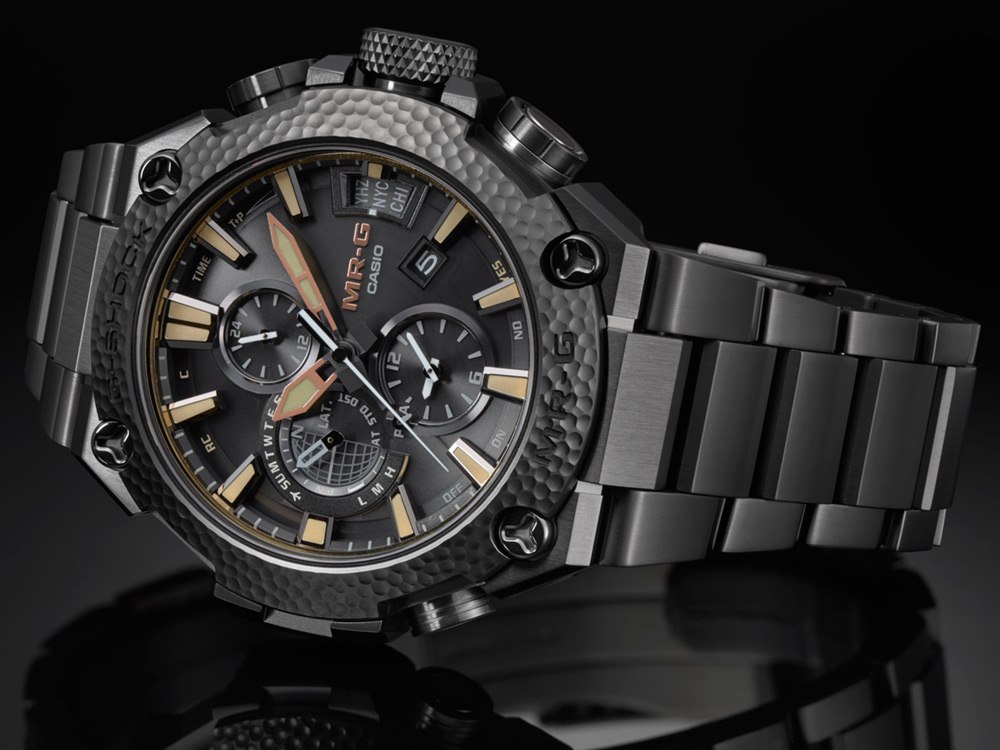 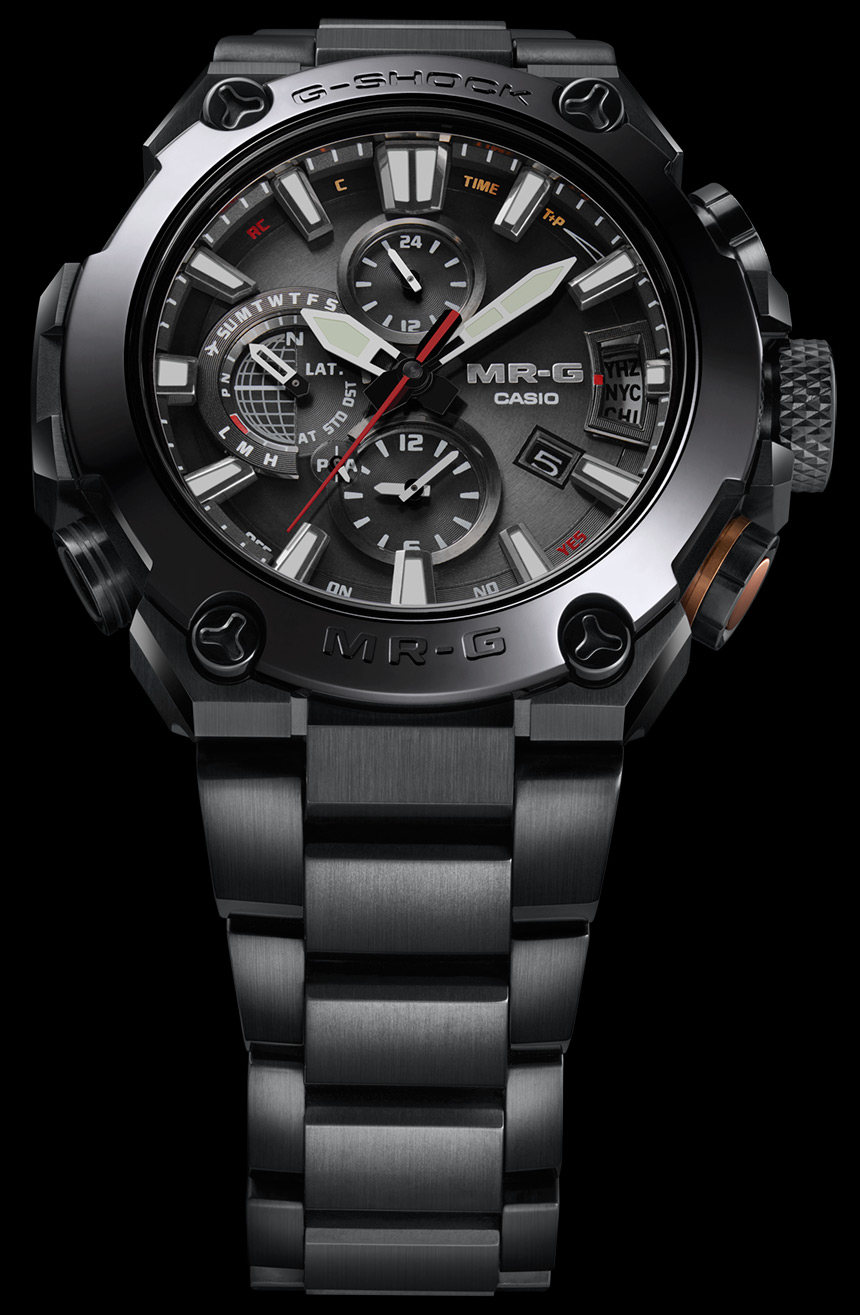 Casio’s iconic G-Shock series of do-anything, go-anywhere watches has been a mainstay in watch culture since the release of the first G-Shock in 1983, the DW5000C. Over the years, Casio has constantly updated the G-Shock collection in fashion-forward colorways and with technological advancements to mirror current watch trends. Now, G-Shock have bolstered their range-topping MR-G collection with two new 3-Way Time Sync Casio G-Shock MR-G Connected Watches. They’re the Casio G-Shock Connected MRGG2000CB-1A and the MRGG2000HB-1A, both built with upgraded materials and capable of receiving radio waves, GPS signals, or Bluetooth input for super accurate time keeping as discussed when we went hands-on with the MR-G MRGG2000HT-1A Hammer Tone Bluetooth watch here. 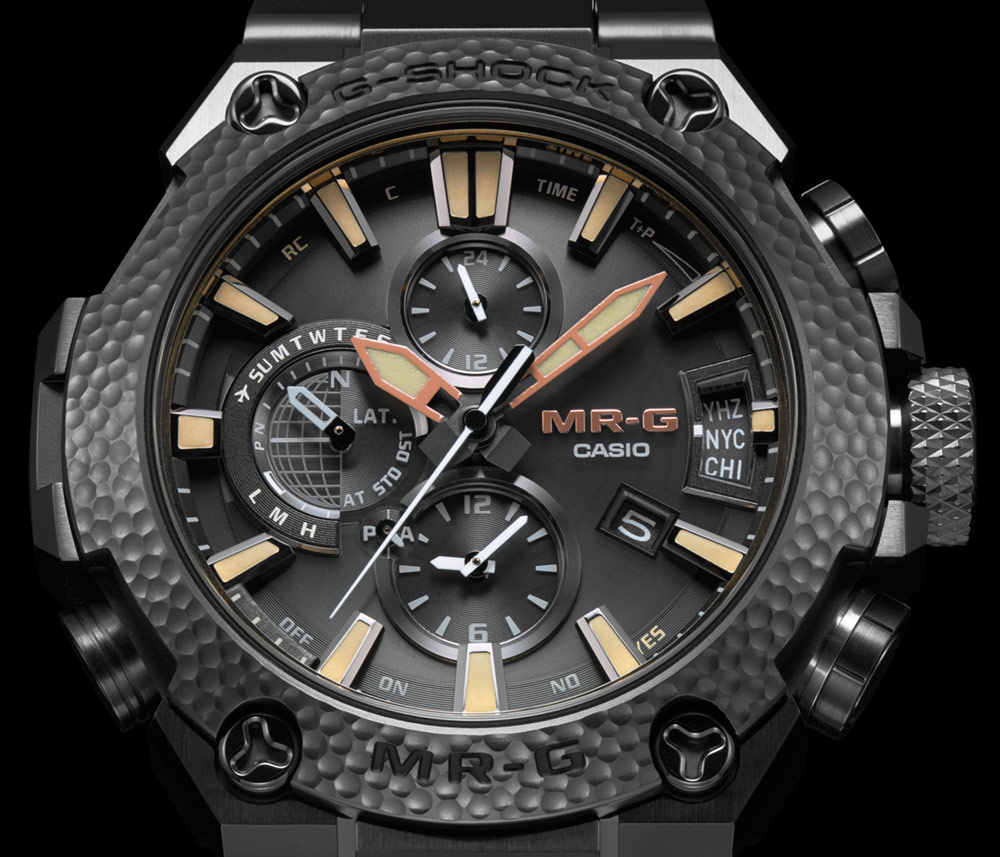 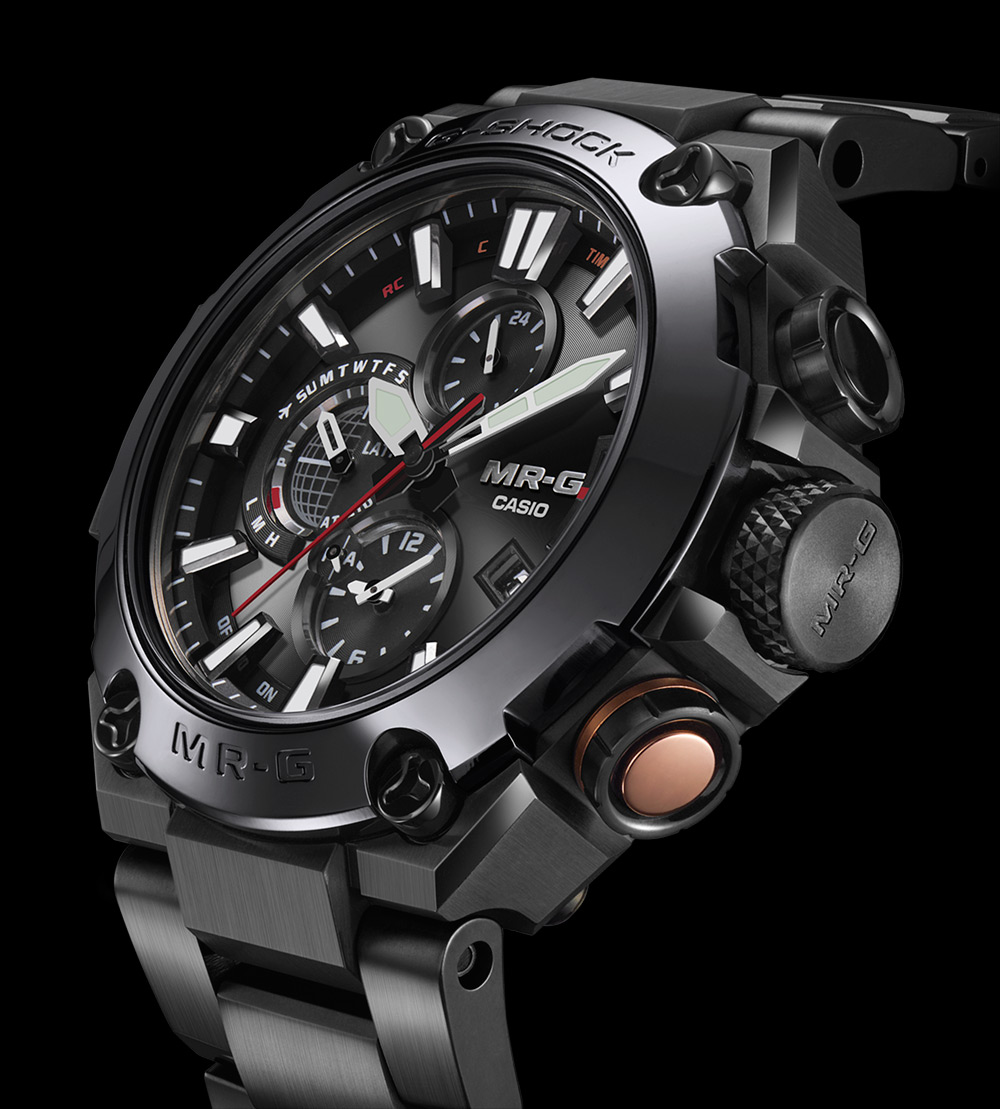 For those who are unfamiliar with Casio’s G-Shock MR-G watches, they are the no holds barred and no expense spared G-Shocks. MR-G watches are a tech-loaded collection, produced in premium materials like titanium and with a much higher level of finishing than you’d normally see in a G. The new MRGG2000CB-1A is no different, featuring a black, 49.8mm, ion coated titanium case and bracelet as well as a new Cobarion bezel. Cobarion is an in-house developed material from G-Shock which features extreme scratch- and allergy-resistance as well as a highly mirror-polished finish. 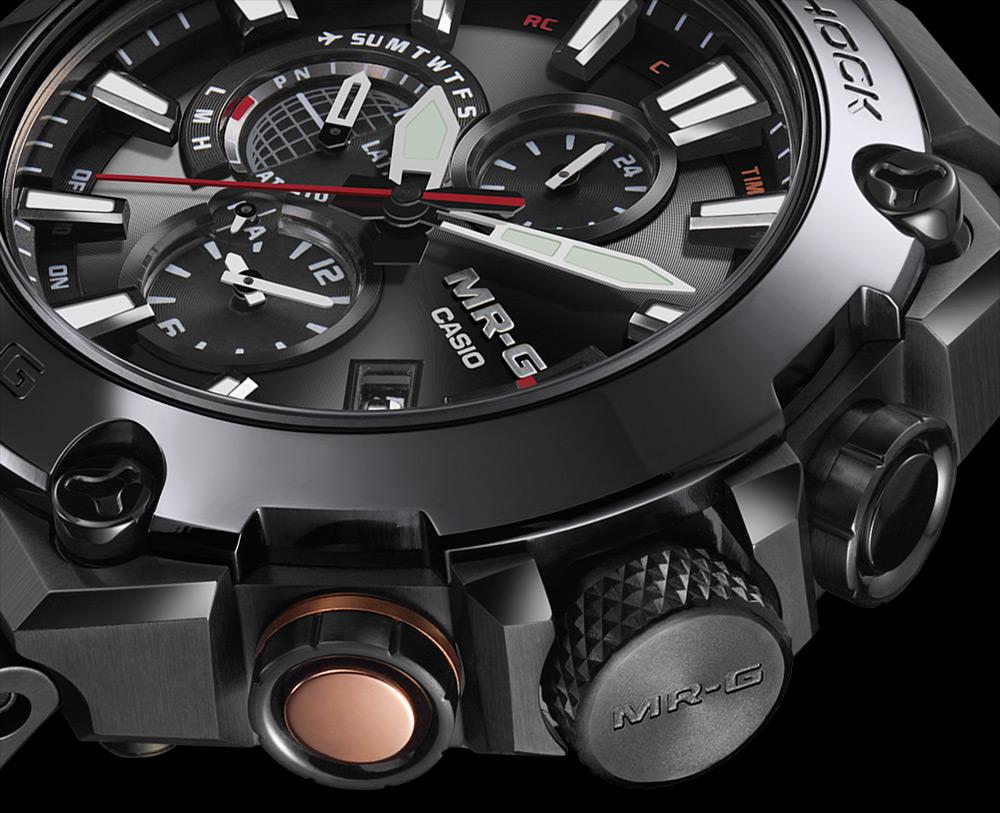 Also enhanced with interesting materials is the MRGG2000HB-1A, which shares the 49.8mm titanium case and bracelet with its sibling but differs most prominently in its “black-dragon inspired bezel” with a hammer tone finish that Casio calls “Marume-TSUIKI.” Both new watches feature a similar dial to the rest of the MR-G collection that is of course color matched to the new models. MR-G dials are some of the best at what they do, which is elegantly displaying a difficult-to-achieve amount of information in a totally analog configuration. Both watches also benefit from the “standard” list of MR-G features, which is longer than this article can be. But, highlights include 200m water resistance, a sapphire crystal, Tough Solar charging capability, atomic timekeeping, and 39-city world time. 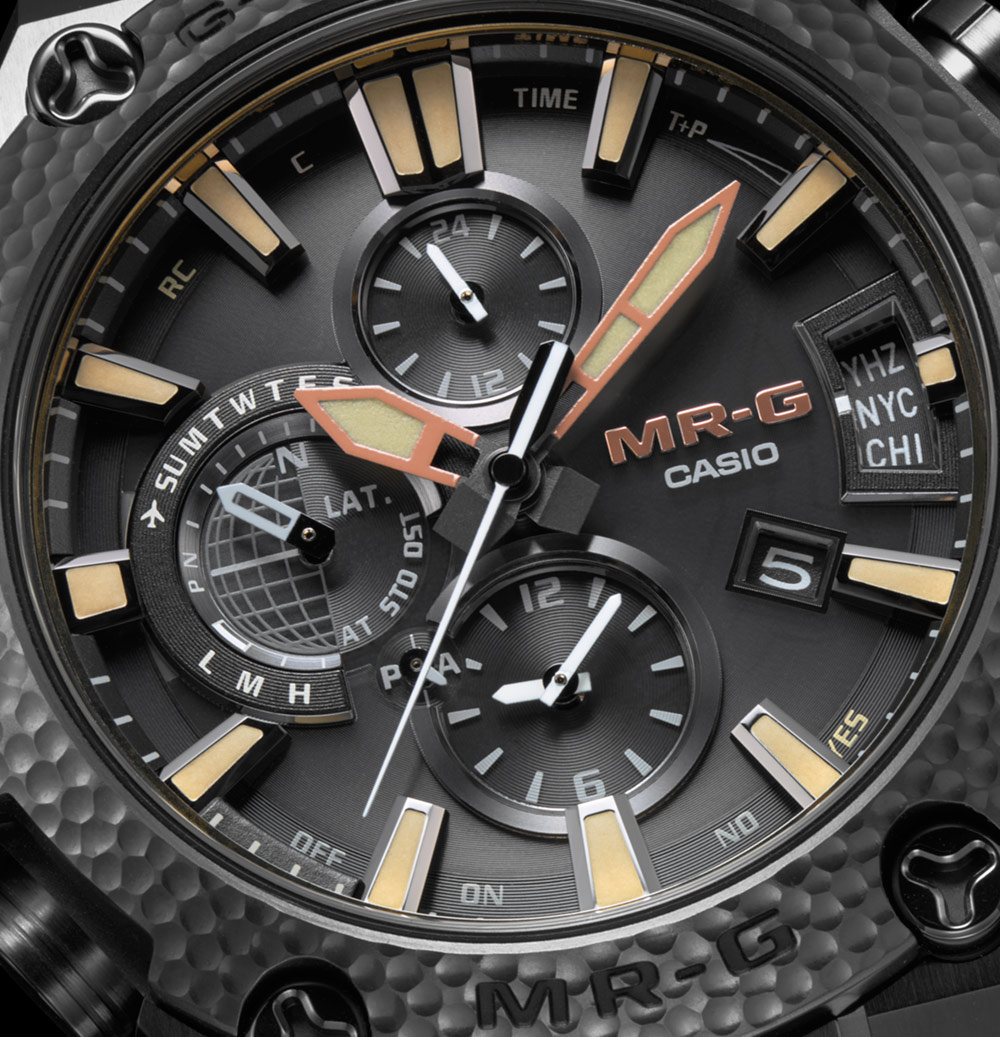 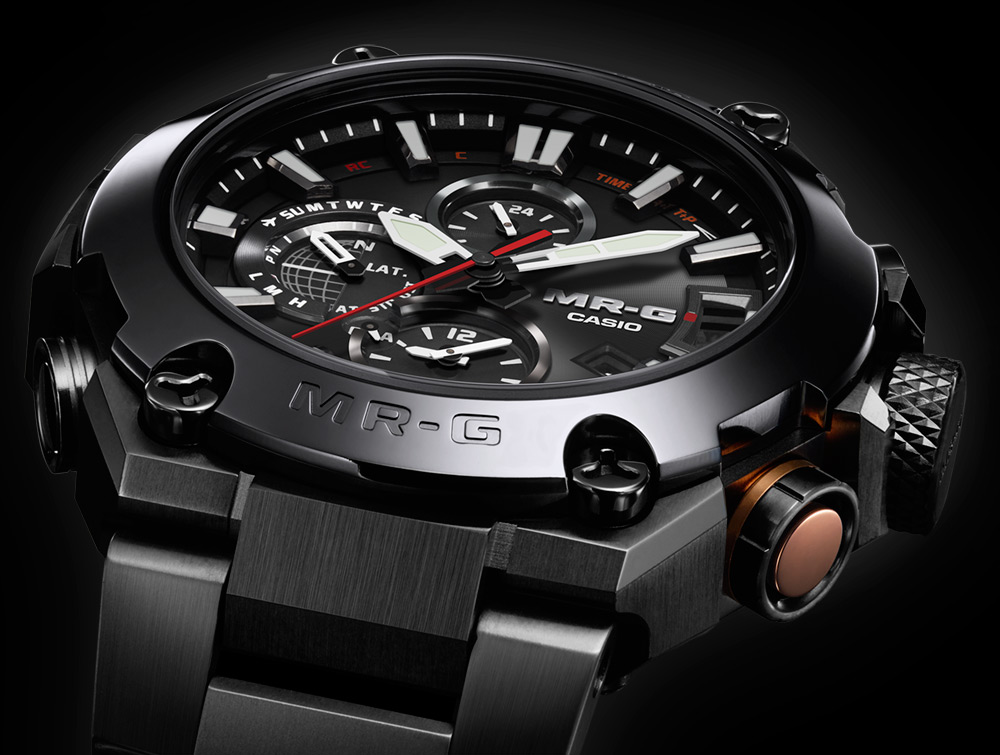 The highlight of the MRGG2000CB-1A, MRGG2000HB-1A, and the MR-G collection in general is their extreme level of technological connectivity. Capable of regulating themselves by syncing with atomic time via radio reception, by communicating with GPS satellites, or by connecting via Bluetooth to an app on your smartphone, the MR-G series promises extremely accurate timekeeping by any means available. 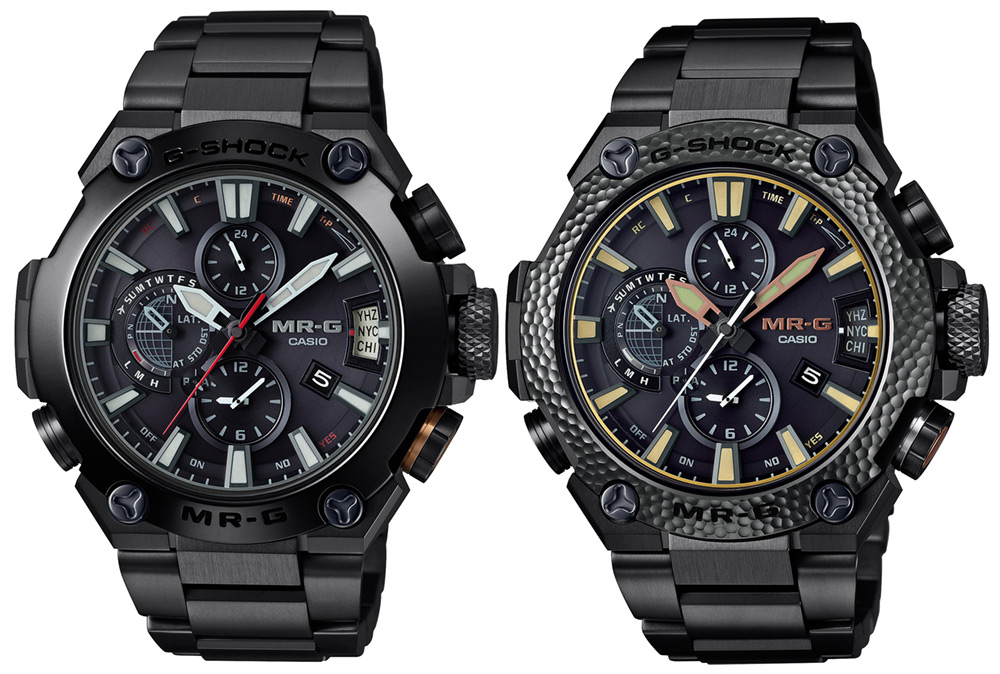 While the idea of a luxury G-Shock feels oxymoronic to some people, one can hardly help but appreciate the notion of taking the G-Shock concept and absolutely going nuts with it. By combining cutting-edge technology, an unprecedented level of connectedness, new and interesting materials, and the same extreme durability and reliability we’ve come to know from G-Shock, the MRGG2000CB-1A and MRGG2000HB-1A make a strong case for the premium G-Shock. While not for everyone, range topping models like this demonstrate what Casio is capable of doing with the G-Shock concept when the gloves are off and money is no object. The MRGG2000CB-1A and MRGG2000HB-1A will be available in November from G-Shock retailers for a paltry $3,700 and $5,000, respectively. gshock.com