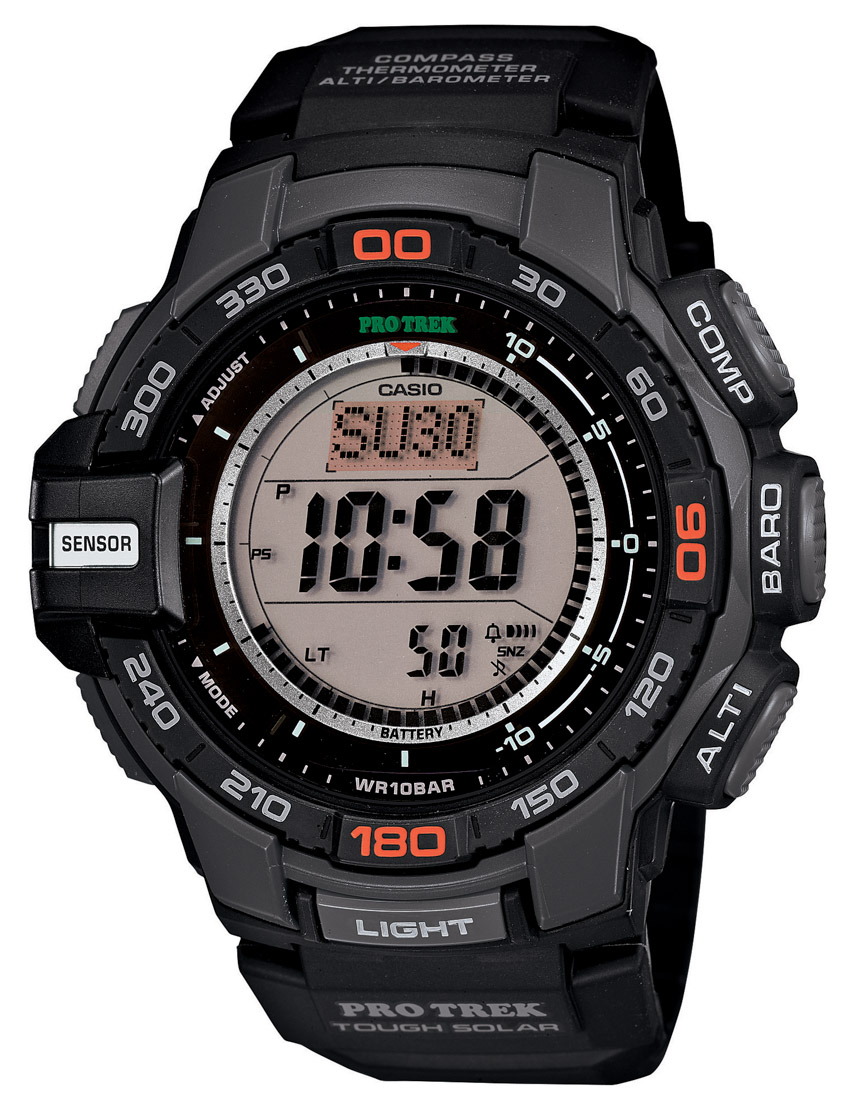 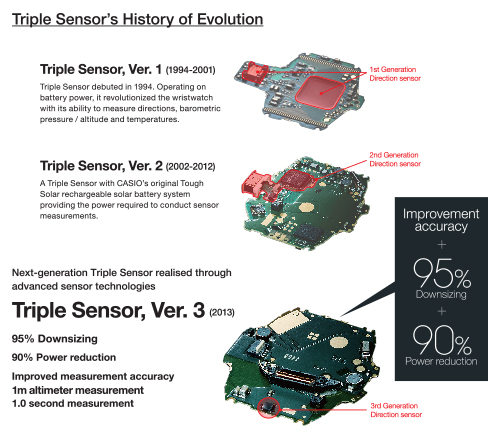 The benefits of the Version 3 engine are impressive. The compass features a continuous reading for 60 seconds (versus 20 seconds for prior versions) as well as consuming 90% less energy and having a 95% smaller direction sensor! The result is a faster and more accurate wrist tool.

The altimeter has been likewise improved. Casio engineers have also been able to increase the speed of obtaining an altimeter measurement by five times. While previous Pro Trek models offered readings in five meter increments, the Version 3 engine offers altitude readings precise to just one meter. A new feature included for the barometer is the special Barometric Pressure Tendency Alarm that will alert the wearer if there are sudden changes in pressure that can signal rapid weather changes. 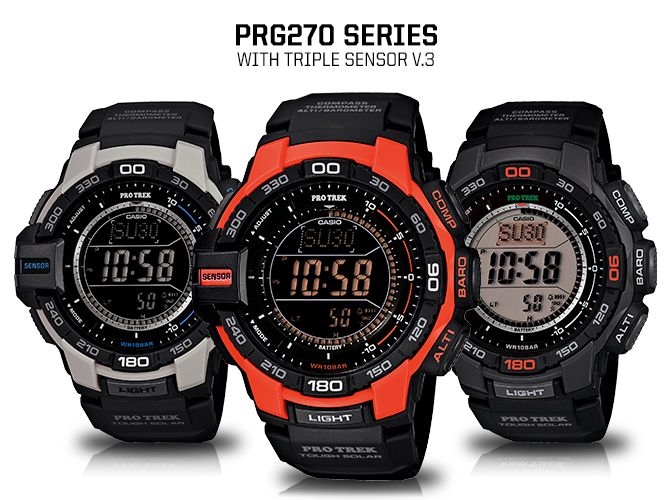 Cosmetically, Casio Pro Trek watches can now feature smaller sensors and have large, easy to press buttons to activate the ABC function located on the right side of the case. Pro Trek models also feature Tough Solar Power generation which eliminates the need to change a battery as the watches are powered by light. Debuting late 2013, the Version 3 engine is available in the Pro Trek PRG270 (PRG-270) collection as well as the Pro Trek PRW3000 collection. With a new and improved sensor technology, Casio has shown a real dedication to the importance and popularity of what can easily be described as the world’s most useful outdoors watch. Pictured is the Casio Pro Trek PRG-270-1, which is available now and retails for $180.