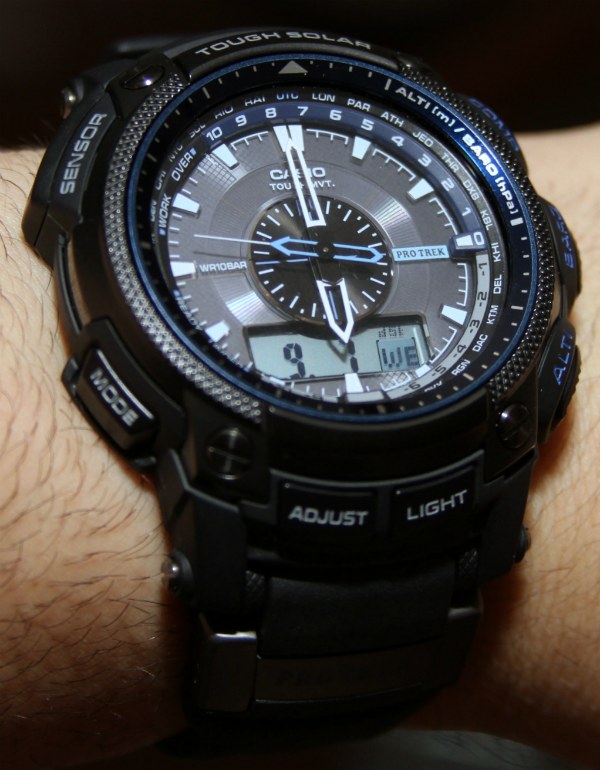 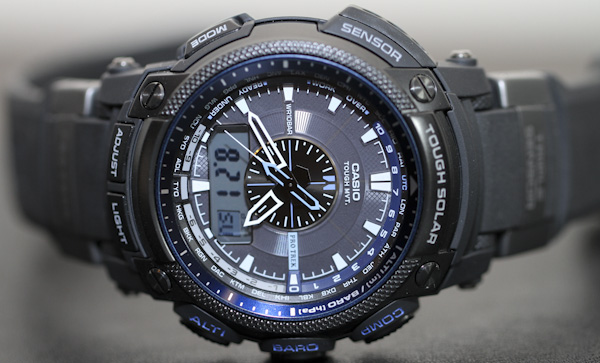 New colors, new names. I last wrote about this watch when it was called the Casio Pathfinder PAW-5000 (you can see my full review here). This new model sports a slick new color palette as well as the “new way” of the Casio ABC watch range. “ABC” stands for altimeter, barometer, and compass, and usually was accompanied by the name “Pathfinder.” Ever since I was a find I was in love with Casio Pathfinder timepieces. 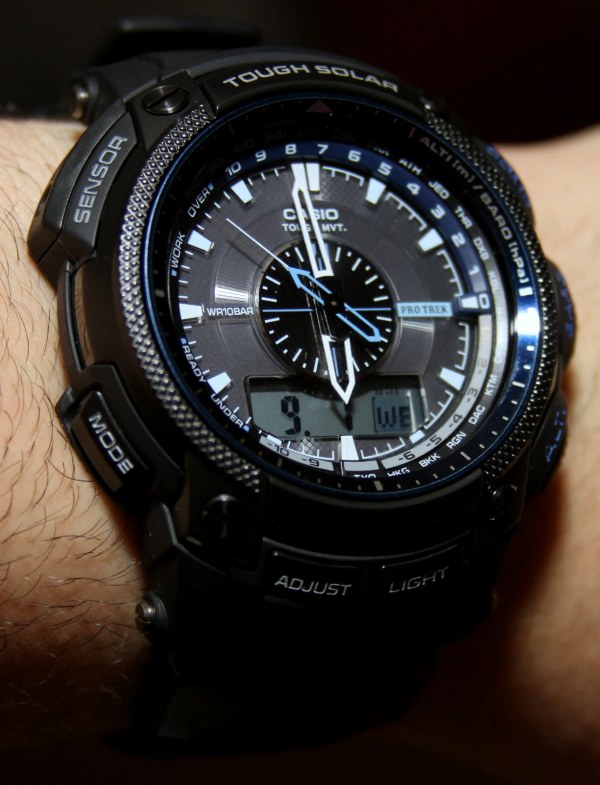 Now the Pathfinder name has been retired to streamline the collection with the naming system used for the rest of the world which is Casio “Pro Trek.” Until recently Casio was unable to use the Pro Trek name in the United States due to a intellectual property issue with Trek bicycles. The two brands formed an agreement and now Casio will will be able to use the Pro Trek naming system in the US. Starting this year you should be seeing newly branded Pro Trek watches. Finally, we can feel more like Europe and Japan. 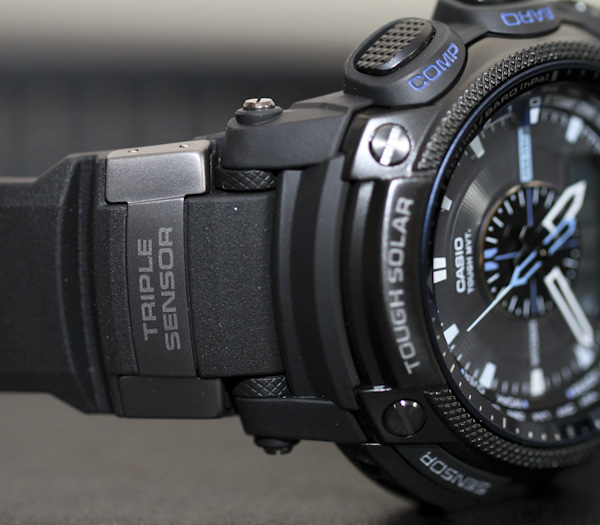 When I reviewed this model before it was called the PAW-5000, but is here called the PRW-5000 (specifically the PRW-5000Y-1). The reference number change is odd, but who cares really. I think it is to help people know the Pathfinder versus Pro Trek models. aside from the name and color differences, the watch is the same as the PAW-5000, so the video review still applies. 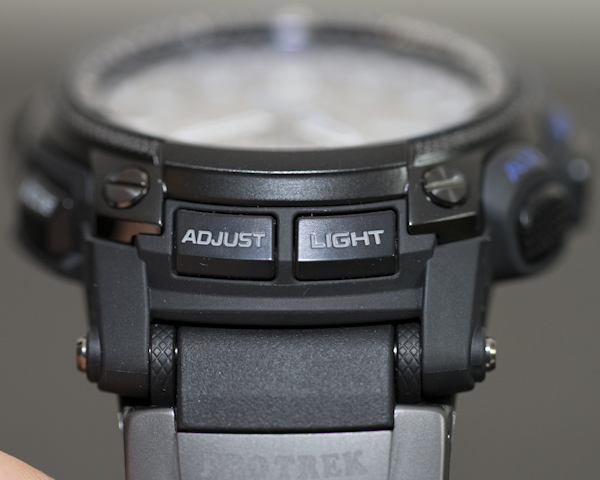 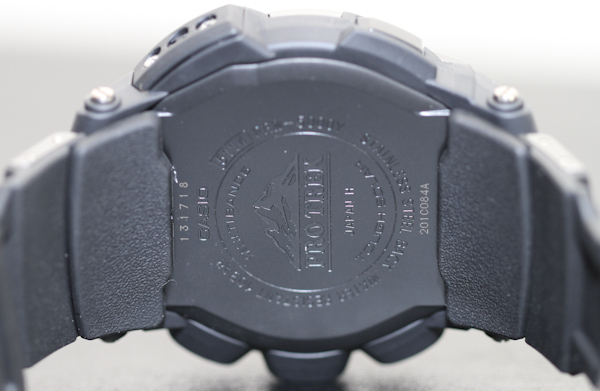 The bezel around the dial is now in black coated steel with darker metal all around and a metallic blue inner bezel ring. Legibility is still high thanks to the white hands and hour indicators. A soft blue versus a more bold orange or yellow adds a calm trim to the face. While the new color scheme is not meant to serve as an improvement over the outgoing model, it is a nice new reason to look at the collection. 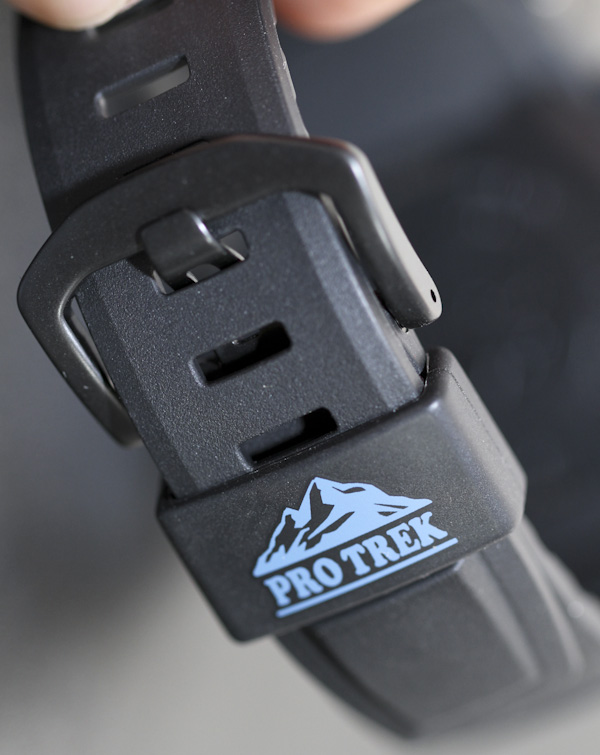 Analog/digital Pro Trek watches aren’t new, but each few years Casio offers a new one to keep up with the massive set of features that their latest and greatest Pro Trek models provide. This range is one of the best in my opinion and offers a very handsome alternative to the all digital Pro Trek timepieces. I’ve quickly become very attached to the collection due to the style and comfort. Even at 49mm wide, the case is light and airy, but solidly made. For a piece in this price range the detailing is very impressive. 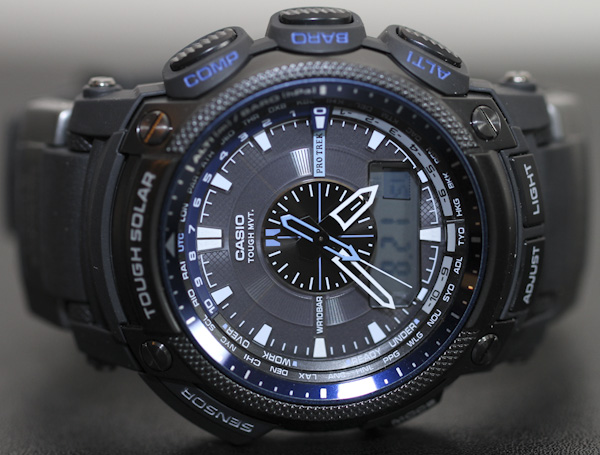 Using a macro lens I tried to capture some of the more interesting details of the watch. One of the things that impresses me most is the number of parts and textures Casio is able to incorporate on the case and dial alone. The Japanese quartz movement offers a multitude of functions including (but not limited to) the time, full calendar, chronograph, alarms, backlight, timer, compass, barometer, altimeter, and world time. The movement is also atomic clock controlled, with a battery that is charged by the light. The Casio Pro Trek really is the epitome of the gadget watch is there every was one. Retail price of the Casio PRW-5000Y-1 is $480 (up from $450 for the PAW-500) and can be purchased online direct from Casio here.