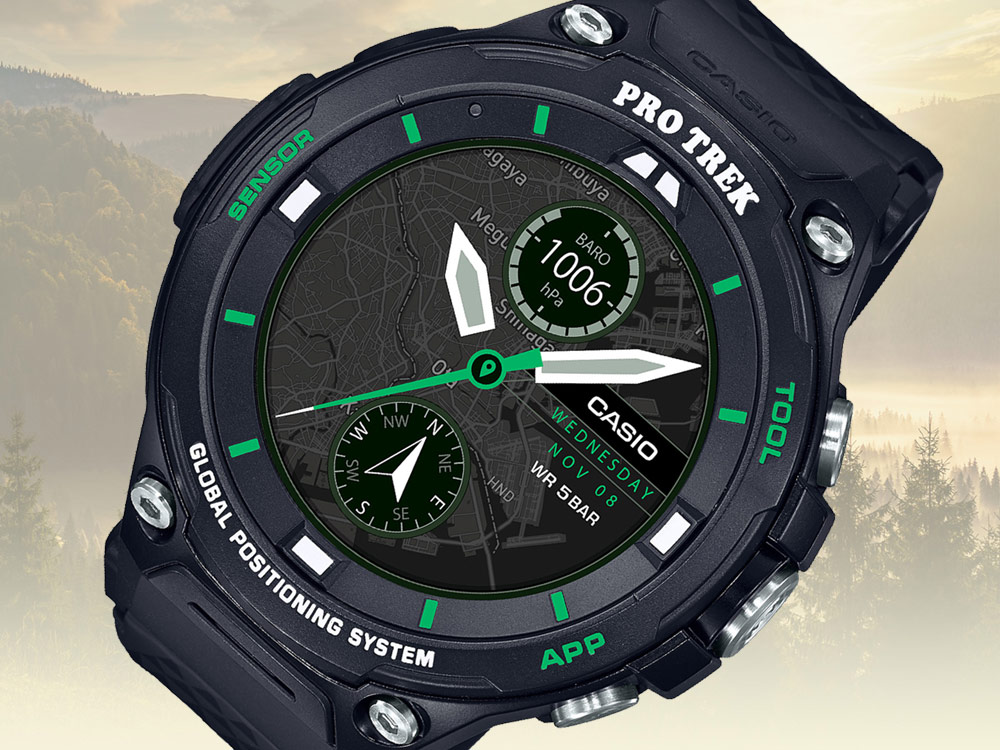 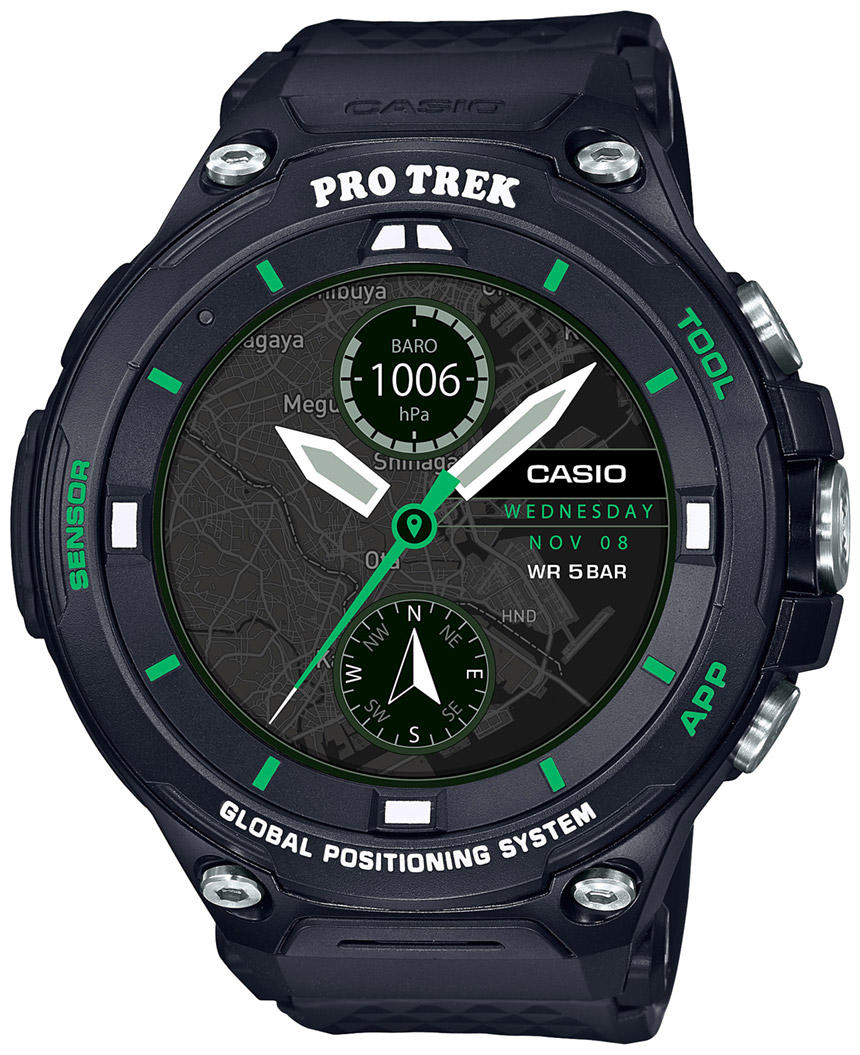 Casio, who remarkably celebrated their one hundred millionth G-Shock recently, are also makers of a number of other interesting and technologically focused watches. Casio’s Pro-Trek series, designed for outdoor enthusiasts, might not quite have the emphasis on G-Shock-level toughness but are still a highly durable collection of sport watches with connected features as their focus. Now, Casio have released a limited edition of their Pro Trek smart watch, the WSD-F20 that was announced earlier this year. The new and limited Casio Pro Trek WSD-F20X Smart Outdoor Watch is designed specifically for winter sports and features a new interactive watch face, Ski Tracks app compatibility, and interchangeable bands for different sporting scenarios. 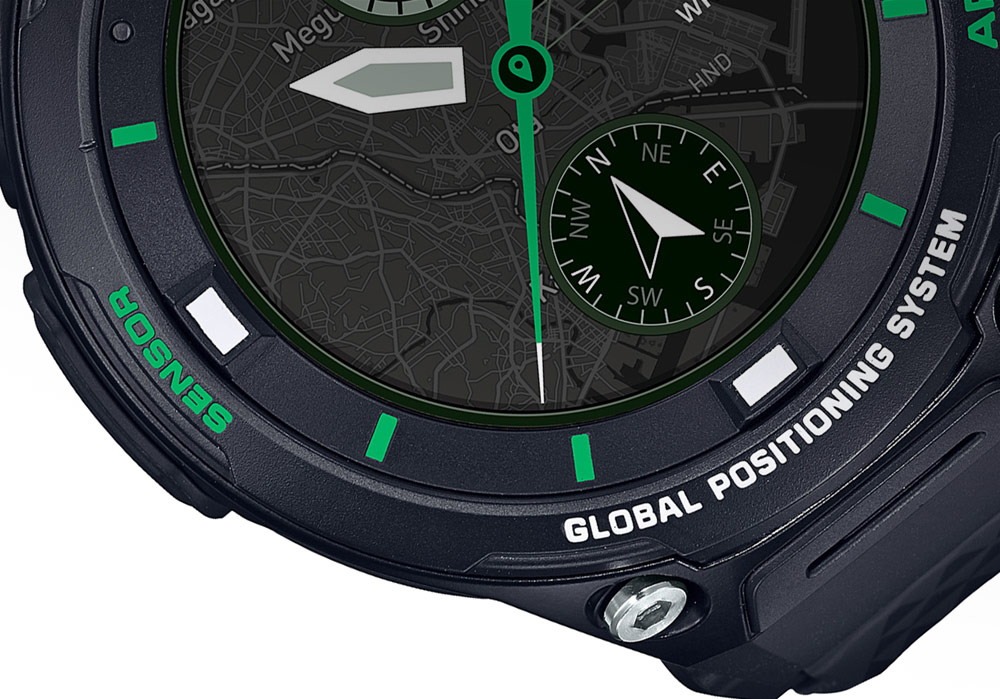 For the uninitiated, the Pro Trek WSD-F20 is designed as the outdoorsman’s smart watch and sports a lengthy list of features to include GPS connectivity, full color maps (which can be used offline as well), a digital compass, altimeter, barometer, activity tracker, and dual-layer LCD dial structure which all function in concert with a smartphone equipped with the Android Wear app. Sporting a 1.32-inch touchscreen, 50m of water resistance, and a not insignificant 61.7mm × 57.7mm × 15.3mm case, the WSD-F20 is built with legibility, functionality, and durability in mind. Casio’s new WSD-F20X is essentially a limited version of the same watch, but with a few notable differences to specialize it for winter sports. 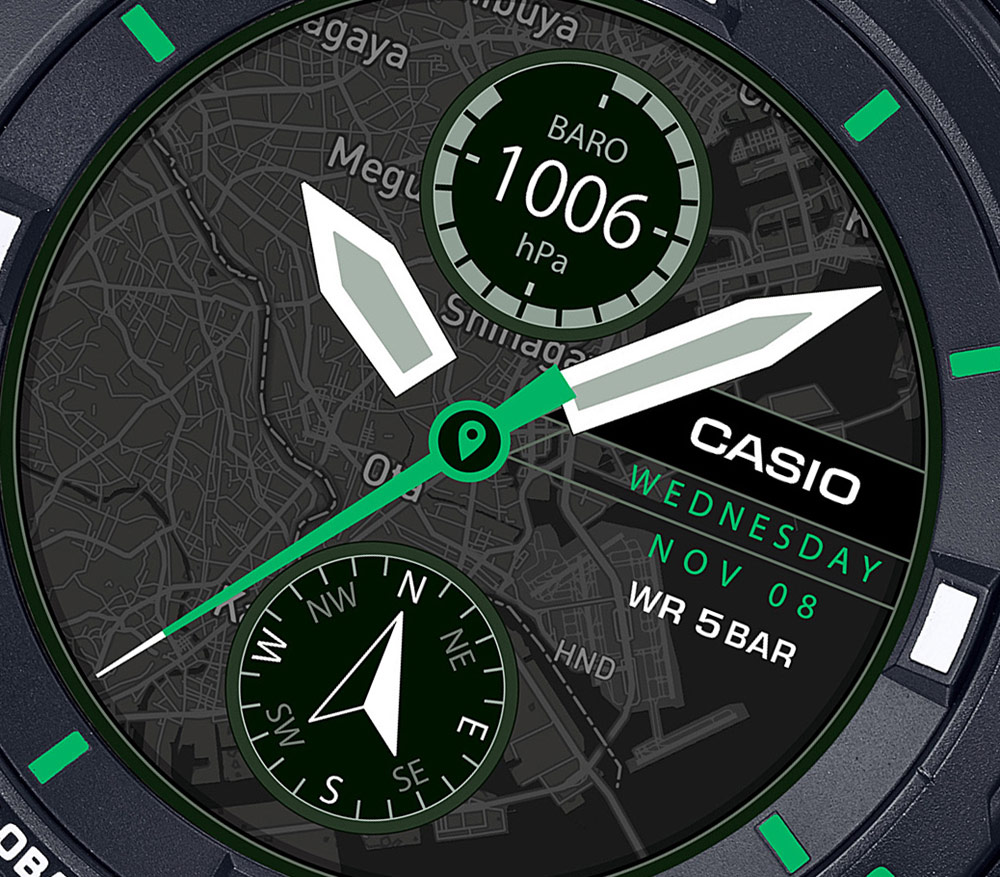 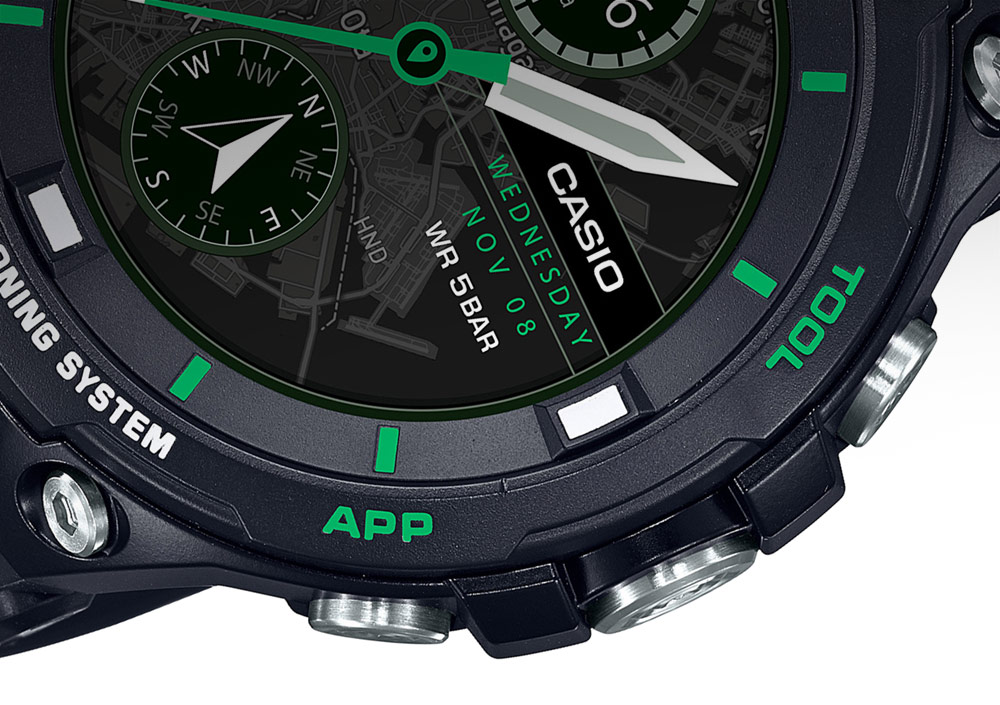 The Casio Pro Trek WSD-F20X separates itself from the regular model most prominently in its newly designed “Place” face (Casio doesn’t say “dial”) which is connected to Google Calendar and displays a map of either the wearer’s current or target destination. Other dial features like sub-dials and the tracking of a secondary application can be displayed according to user preference. Additionally, the Casio WSD-F20X is designed to work with the Ski Tracks app by Core Corders Ltd., which is specially designed to track and record a day of skiing. Other than those technical features, the new watch also has a black and green color scheme throughout. Finally, the WSD-F20X comes complete with interchangeable bands, one in standard Casio urethane and another in cloth to fit over winter outerwear.

While not an incredible set of differences when compared to the older model, the new Casio Pro Trek WSD-F20X Smart Outdoor Watch demonstrates Casio’s prowess in customizing their pieces with purpose-oriented technology to suit the particular needs of certain consumers. The new Casio Pro Trek WSD-F20X, produced in a limited edition of only 200 pieces, will be available starting in December and only from Amazon, for a price of $550. casio.com.