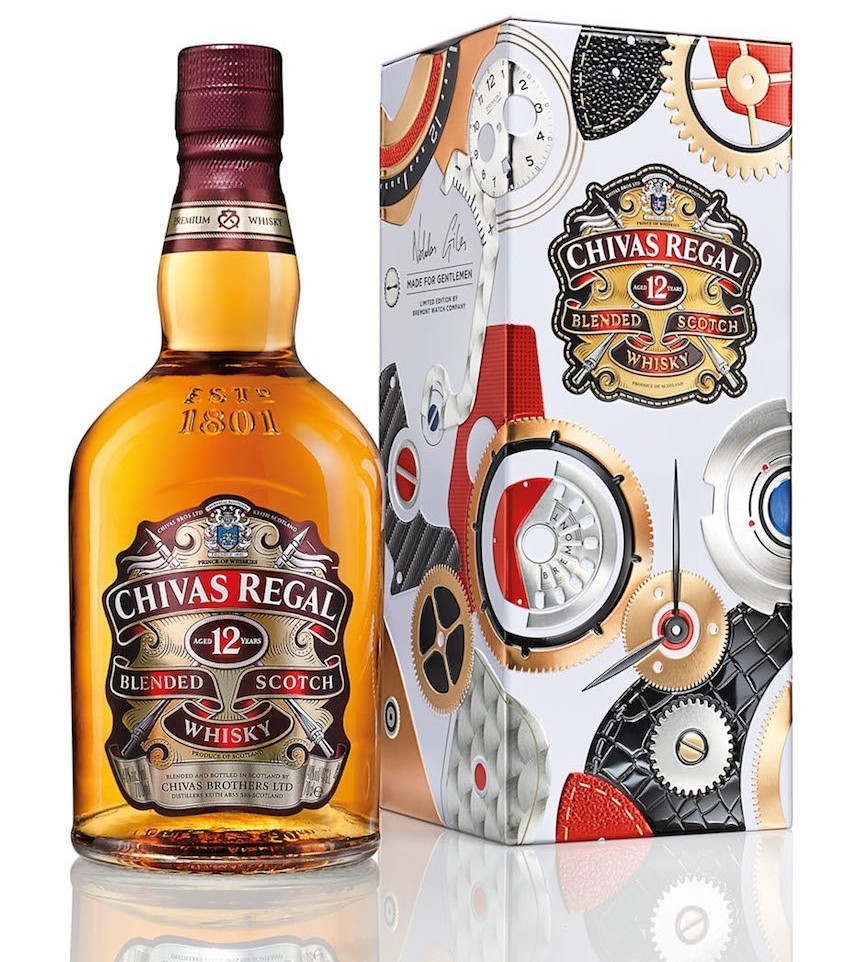 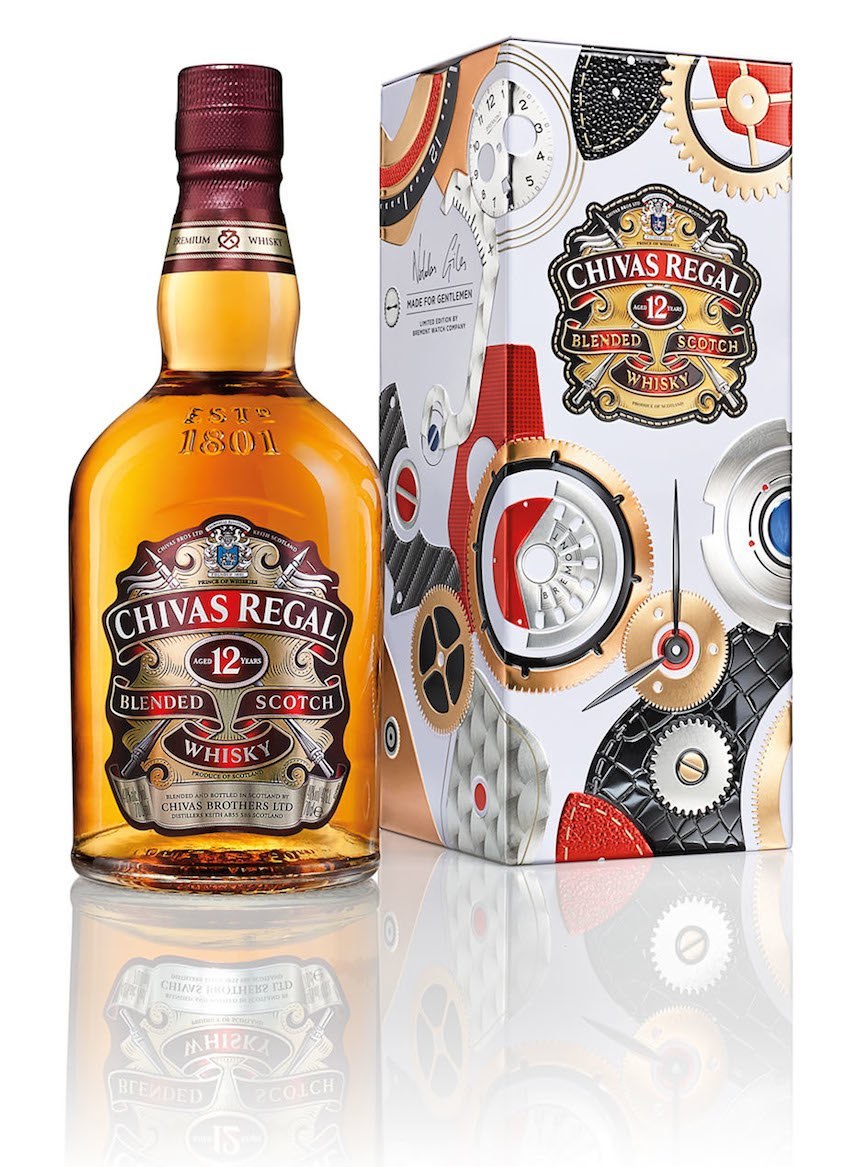 England and Scotland certainly had their fair share of global attention over the past few weeks, as the world anxiously followed Scotland voting about its possible independence from the United Kingdom. With that said, a collaboration of a much different scale has been in the making as well: English watch company Bremont has teamed up with renowned blended Scottish whisky Chivas Regal to create a new, “Chivas 12 Made for Gentlemen by Bremont limited edition gift tin.” Incorporating the designs and signatures of Bremont’s founding brothers, Nick and Giles English, this co-operation brings us a new example of a luxury watch brand’s “blending” with a higher-end spirits maker – not unlike that between Hublot and Johnnie Walker. This seemingly obvious partnership is not without its excessive details, however. 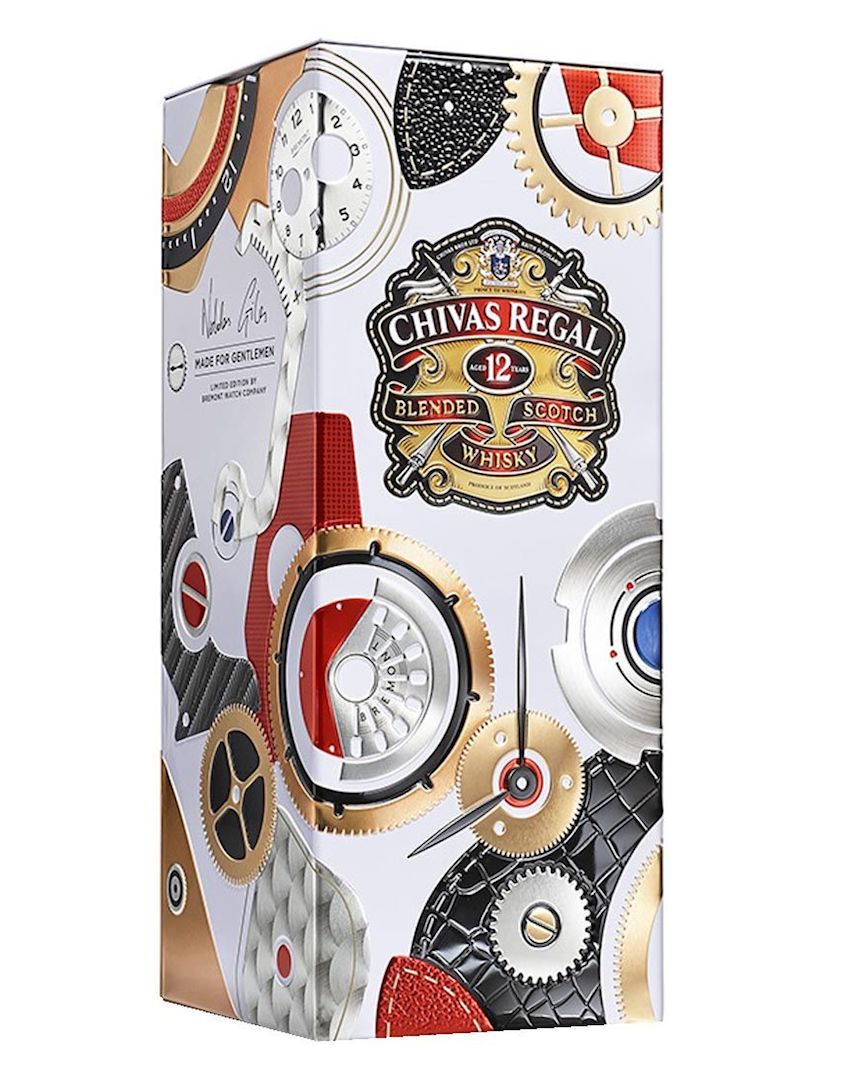 What brought Bremont and Chivas into this venture is an annual series of collaborations between Chivas and British craftsmen, called “Chivas Made for Gentlemen” – which does make one wonder about whom other products of Chivas are made for. Year one celebrated the handcrafted brogue by Tim Little and, in 2013, Chivas paid homage to Savile Row tailoring with a limited edition by Patrick Grant.

2014 sees Bremont’s turn, and with it, a new limited edition tin that features some design elements of Bremont watches, including rotors, hands, dials, bridges and other components. And while the design may not be for everyone’s taste, it should perform well at bringing the arguably niche British watch brand and some of its trademark designs to a wider audience. However, things don’t just stop there. 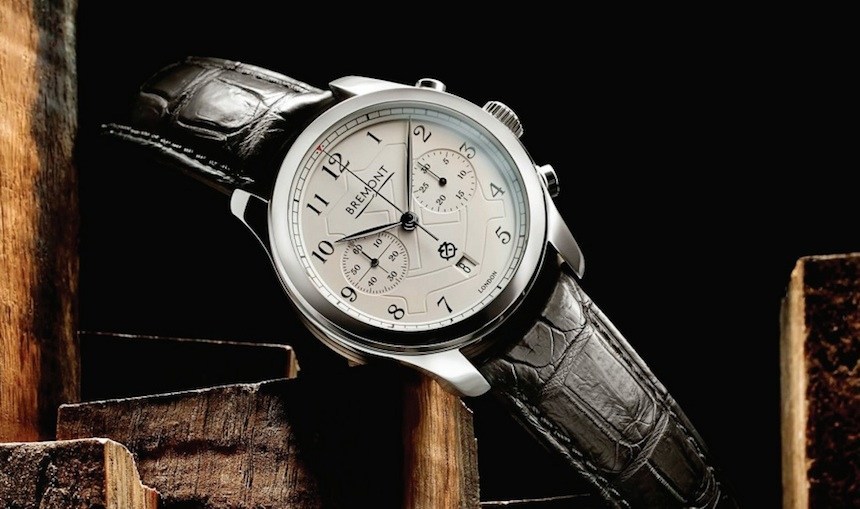 Likely inspired by the idea of “if one is good then two is better,” Bremont wants to make the most of this co-operation by releasing a watch dedicated to this partnership. A limited edition of 12 pieces in polished steel, the watch will be based on the 43 millimeter wide ALT1-C Classic watch, powered by the BE-50AE, ETA 7750-based movement. It will also feature a piece of oak cask used in the maturation of whiskies for Chivas Regal, along with the signature of James and John Chivas etched on the rotor. In essence, we are looking at a watch co-operation between a watch brand and a whiskey maker, spiced up with the more unique idea of a watch design-inspired gift tin.

Where things get more out of hand, however, is that this partnership is topped with “the spirit of generosity” – yes, that. You see, “the 12 collector ‘Chivalry’ watches will be auctioned exclusively for charities around the world,” and while there certainly is nothing wrong with charity, it is difficult to recall such stockpiling of marketing moves into the re-release of one watch – likely because after a while this tends to steer the more purist watch enthusiast away, rather than towards the brand. 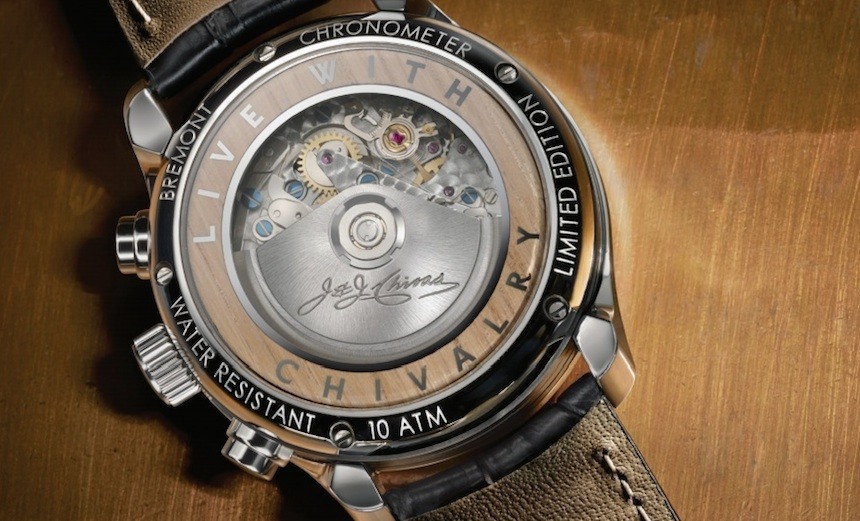 Given that the twelve pieces will be offered at auction, we cannot comment on the prices of the pieces – what we do know, however, is that they can be bid on between October 22nd and November 9th, 2014, via the Chivas website. It should be interesting to see how well these twelve pieces will perform – especially when compared to the historically more important pieces of Bremont. The Chivas 12 Made for Gentlemen by Bremont limited edition packaged whisky will be made available globally from September. bremont.com