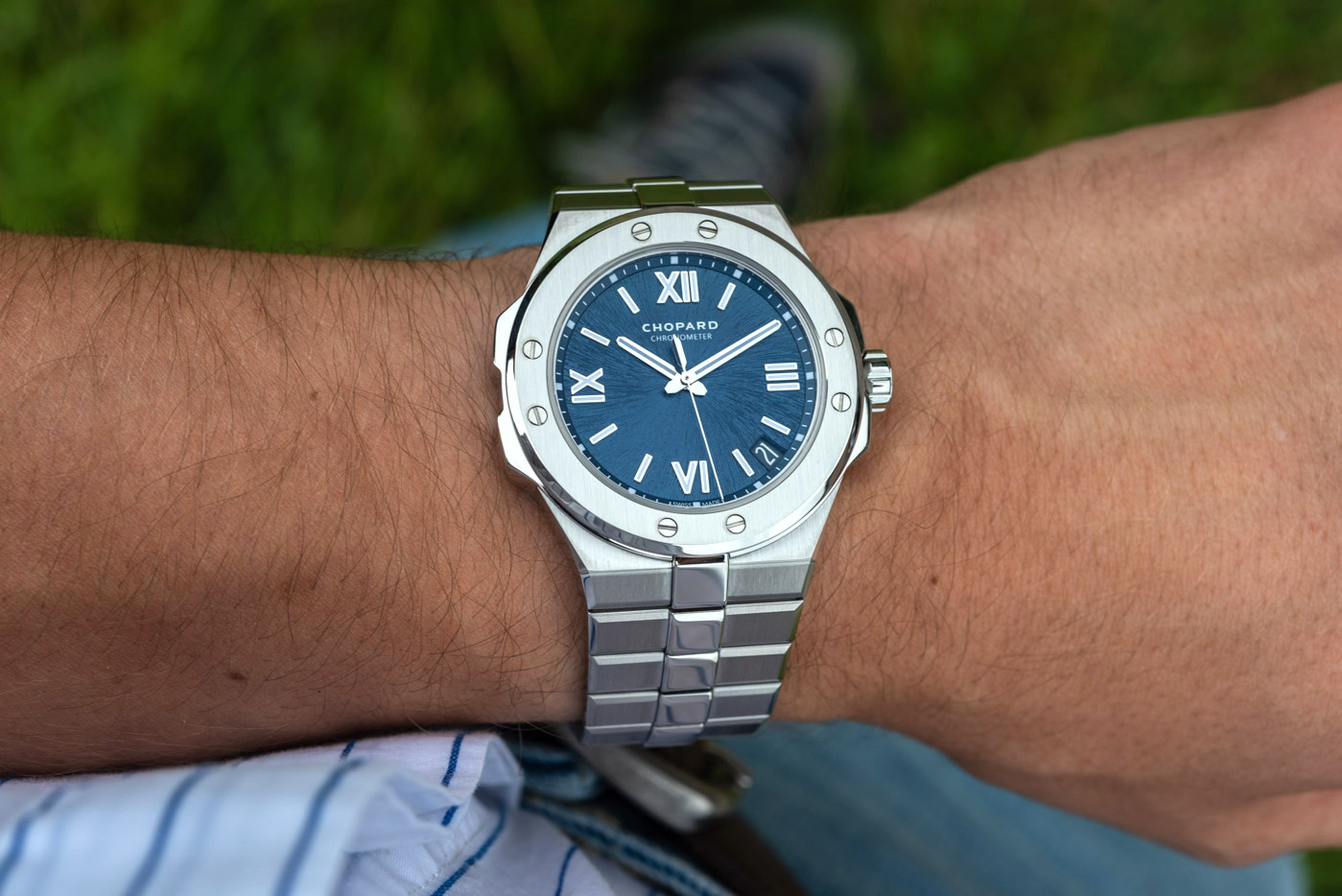 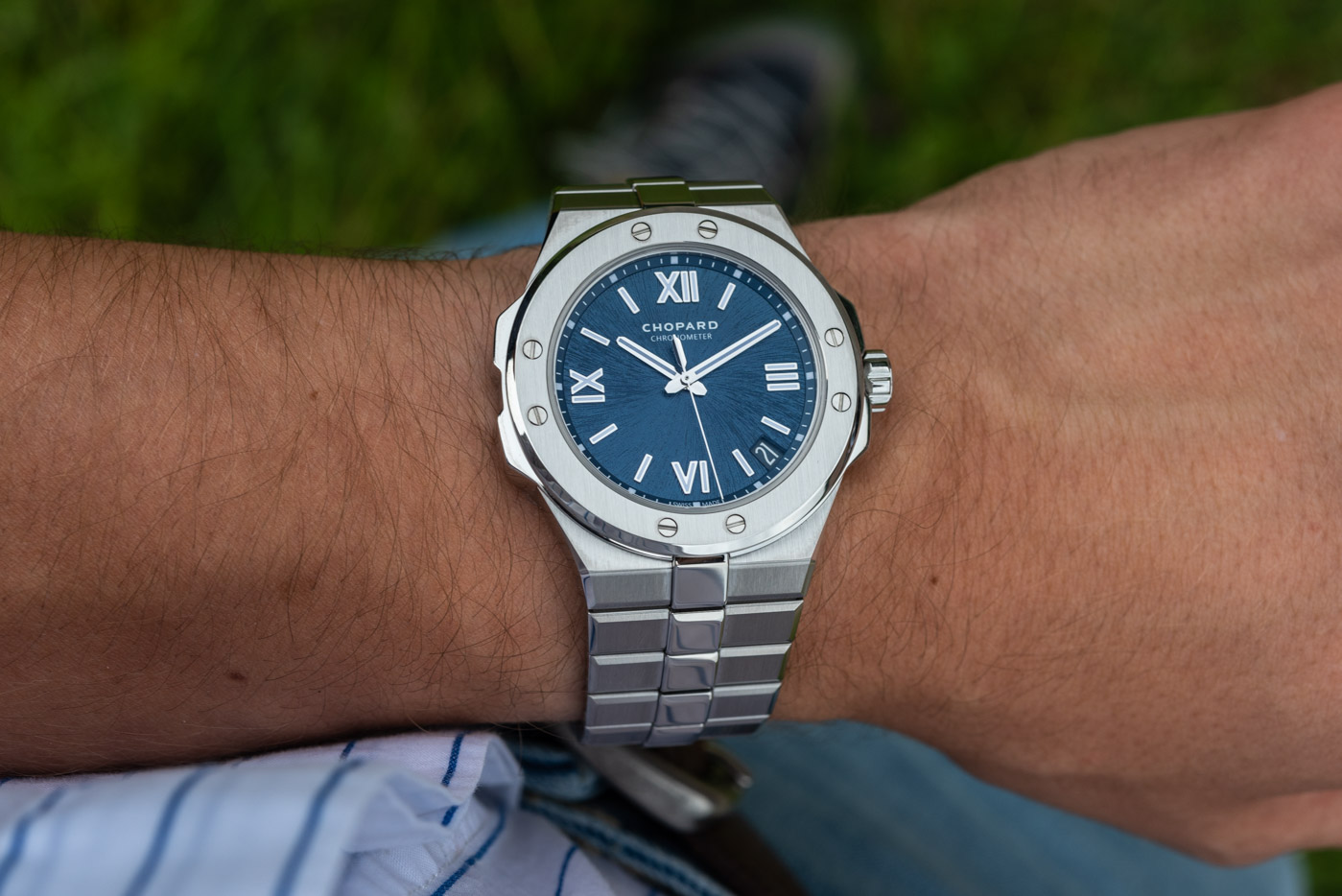 Finally. Flipping finally. The all-new Chopard Alpine Eagle collection makes me happy not just for Chopard, but also for those forsaken souls stuck on a bottomless waiting list reserved for one of the handful of luxury steel sport watches. Plus, it also brings me a brief moment of relief when considering the state of the luxury watch industry. Here’s why. 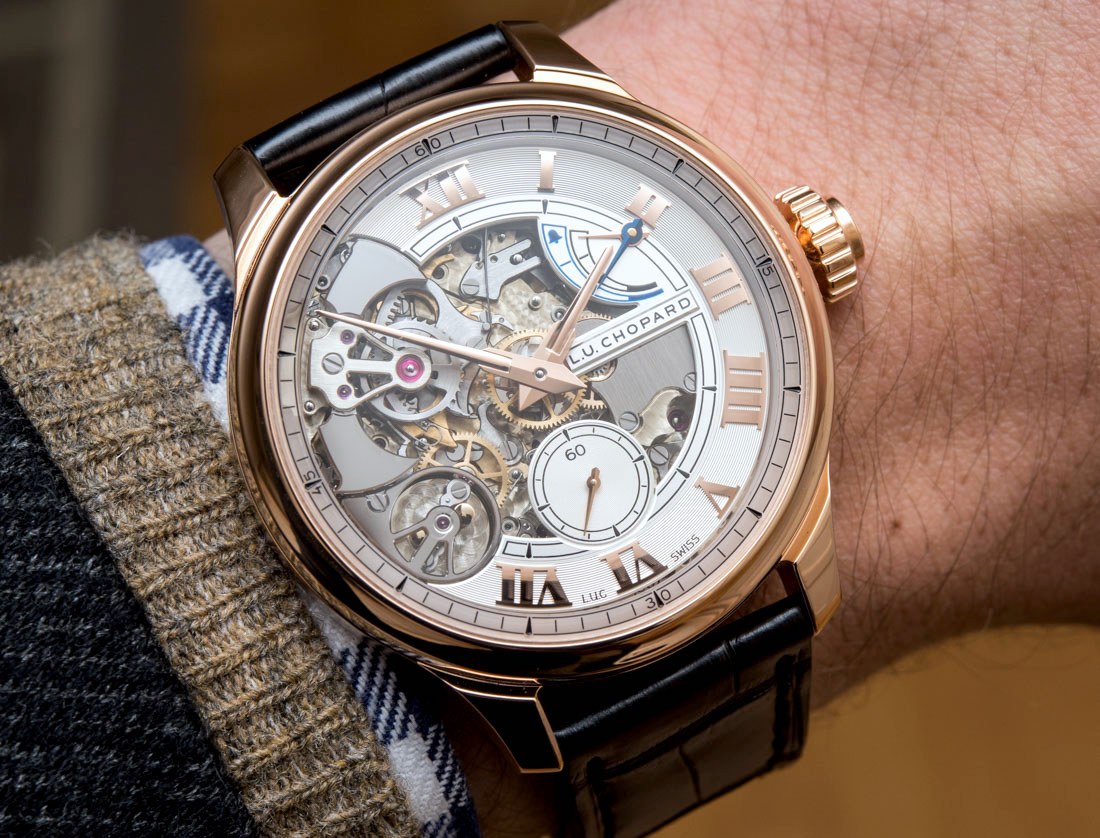 I have respected Chopard and its watchmaking division for a long time — even though they were rarely making it easy for me to explain why. Their Mille Miglia collection, being an automotive-inspired series, is somewhat niche, albeit deeply likable once you are in that niche. Their L.U.C collection is limited by its leather-strapped elegance and, although Chopard’s ultra-high-end stuff is up there with the best, it is produced in such limited numbers that it is yet to have its reserved spot in the ivory tower of haute horlogerie. 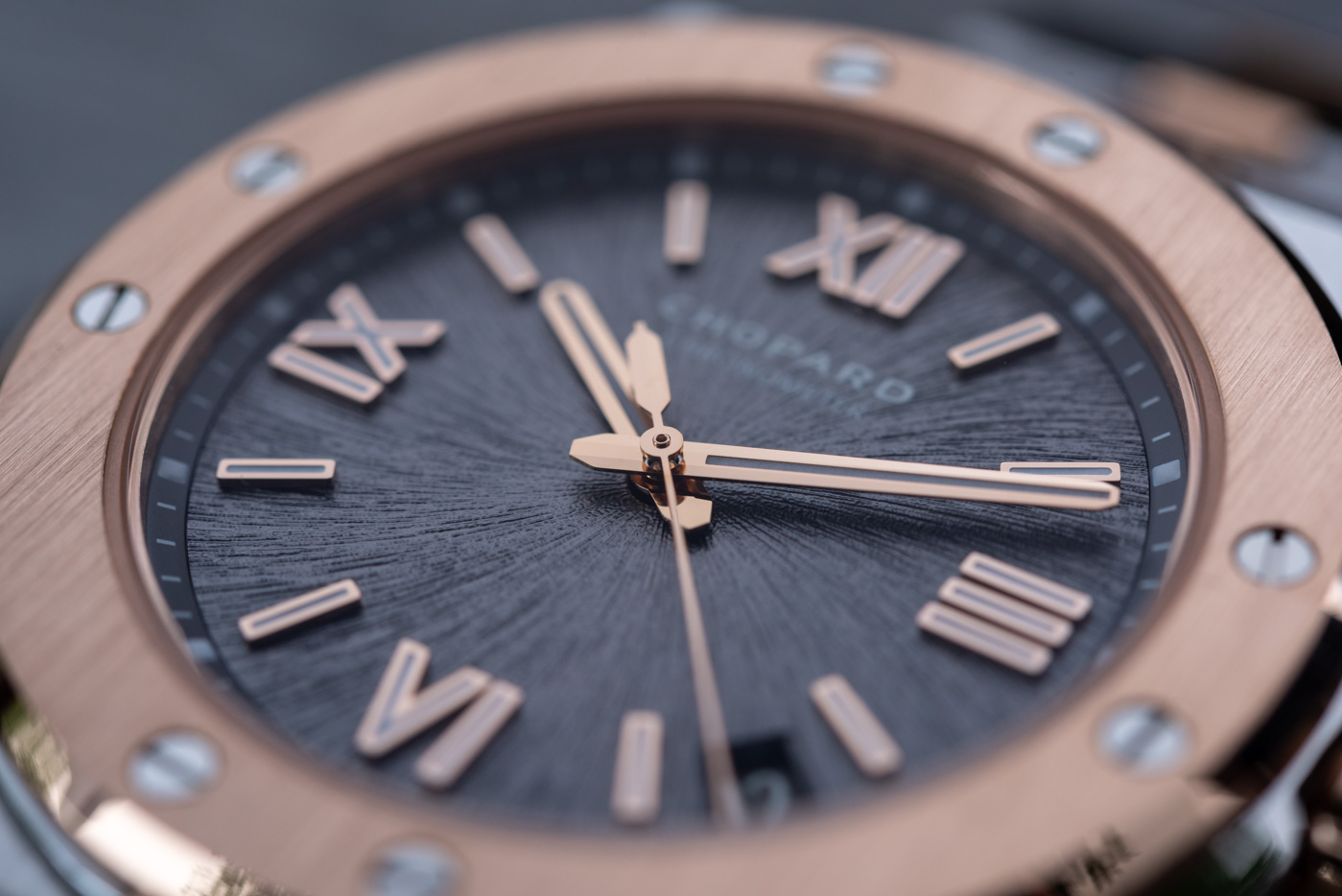 Four years in the making, the Alpine Eagle is finally the one where there are no ifs or buts — well, maybe except for the name, which may be a bit too tame for the ears of some. It is a watch presented in the humble way that is the norm for Karl-Friedrich Scheufele and Chopard — but the product itself, if it had the ability, I reckon, would rather be flying a pirate flag and shouting something like, “Eat your heart out, Patek Philippe! Arrgh!” 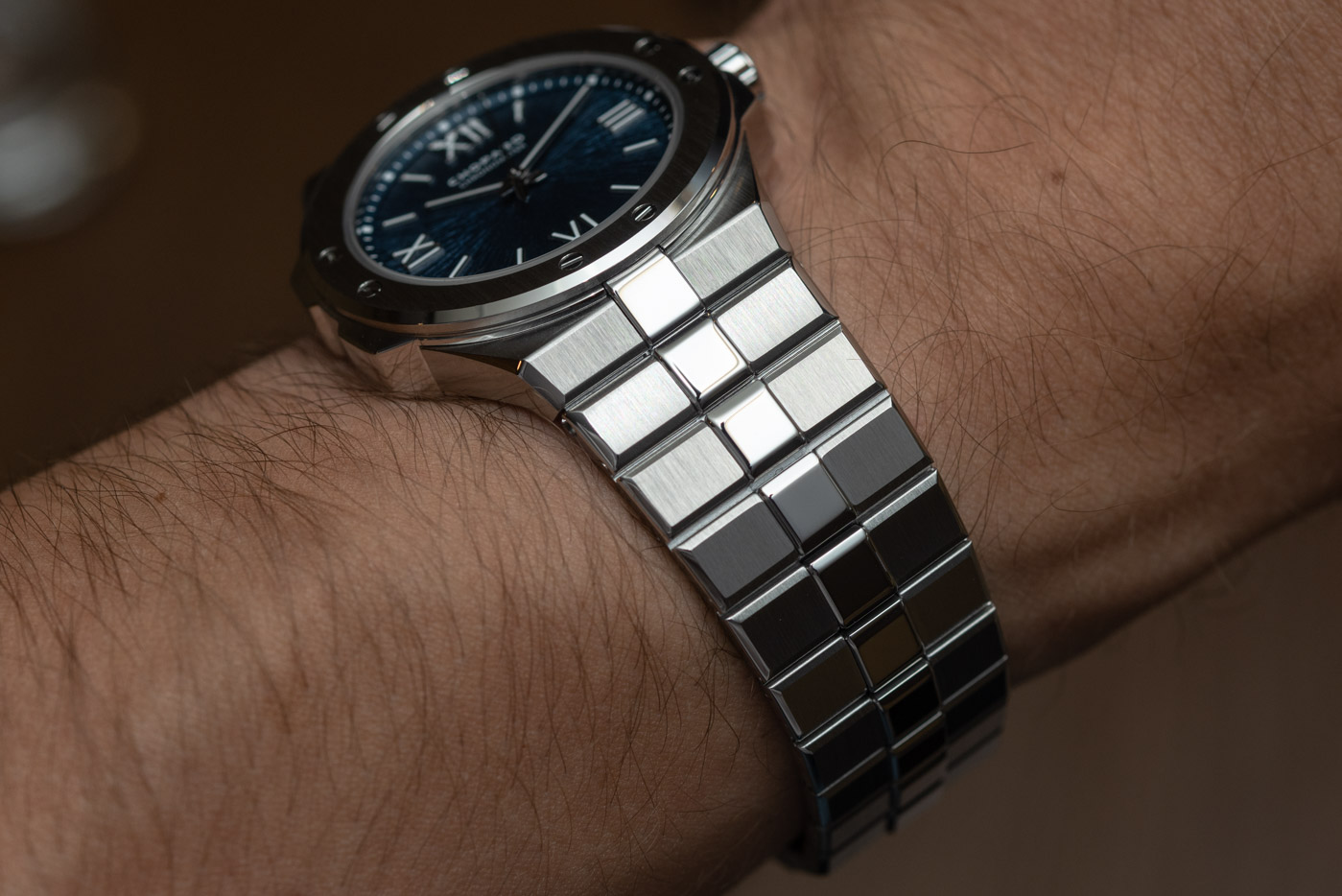 From its mandatory three-link bracelet to its bar-none exceptional quality of execution, and all the way to its versatile design, the Chopard Alpine Eagle is everything it needed to be to place Chopard on the map, not just for any given niche, but a much wider audience — an audience ridiculed by the self-crowned royalty of steel luxury “sport” watches. Launched in two case sizes, for the time being, and with prices starting at $10,100 for the 36mm version and $12,900 for the 41mm all-steel versions, the collection is snap bang where it needed to be as far as pricing is concerned to make for an alternative to the usual suspects. But it isn’t just about the price — there is also story, history, and quality. How the Alpine Eagle measures up against the octagonal alternatives we will discover very soon — but first, some background on how it came to be. 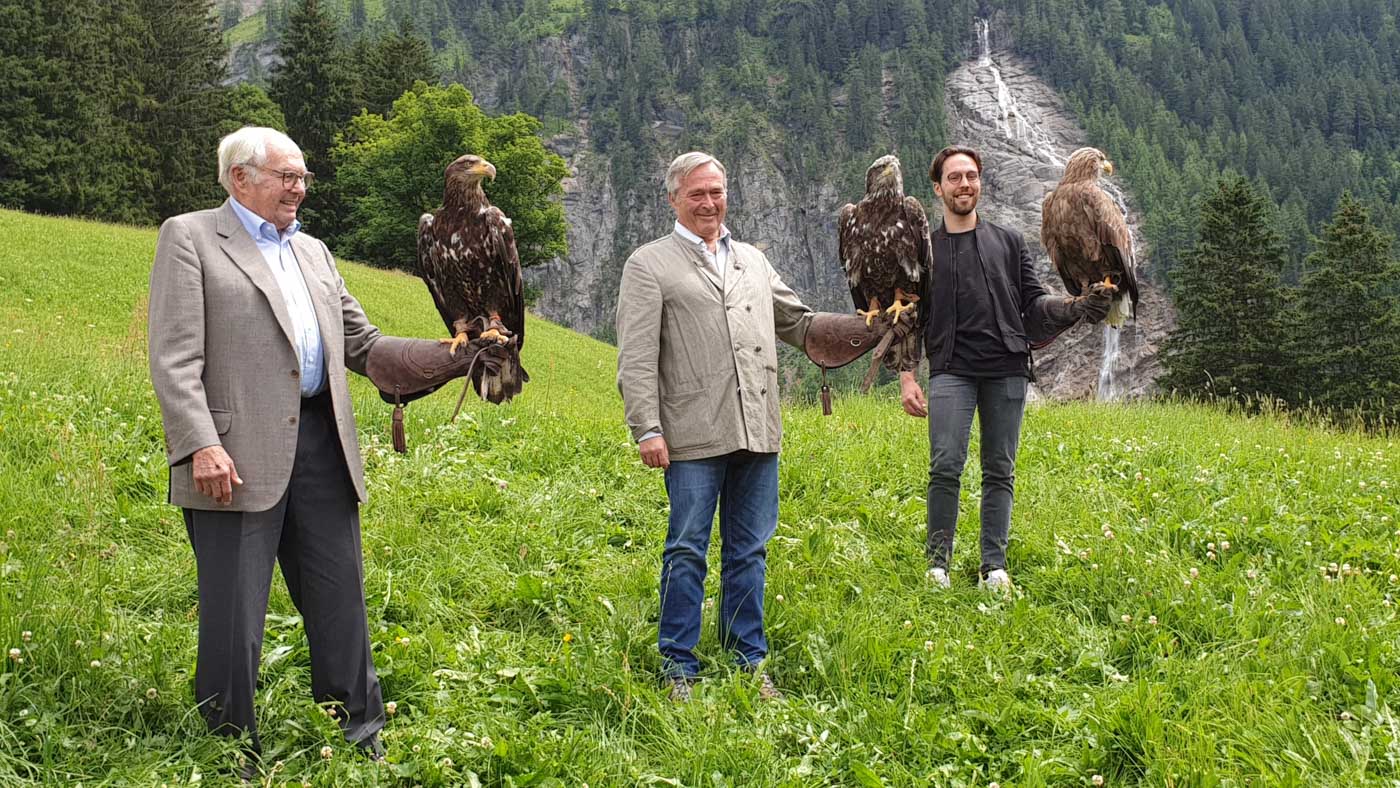 For the first time I can remember, there were three generations of the Chopard-owning Scheufele family present at a product launch. First, there was the eldest generation represented by Karl Scheufele, III, who purchased Chopard back in 1963 and transformed it into a global brand. His son, Karl-Friedrich Scheufele, has been running the company’s watch division in recent decades and transformed Chopard into an independent and highly capable watch manufacture that today makes its own movements, cases, and bracelets — he also repositioned the L.U.C collection as the high- to ultra-high-end range and launched Ferdinand Berthoud. Representing the youngest generation is 22-year-old Karl-Fritz Scheufele who, as they shared, had to be safeguarded from the grandfather’s plans, keeping him from entering Chopard at too young an age. The reason for their presence was that the Alpine Eagle, from its inspiration to its realization, is the result of a three-generation collaboration. 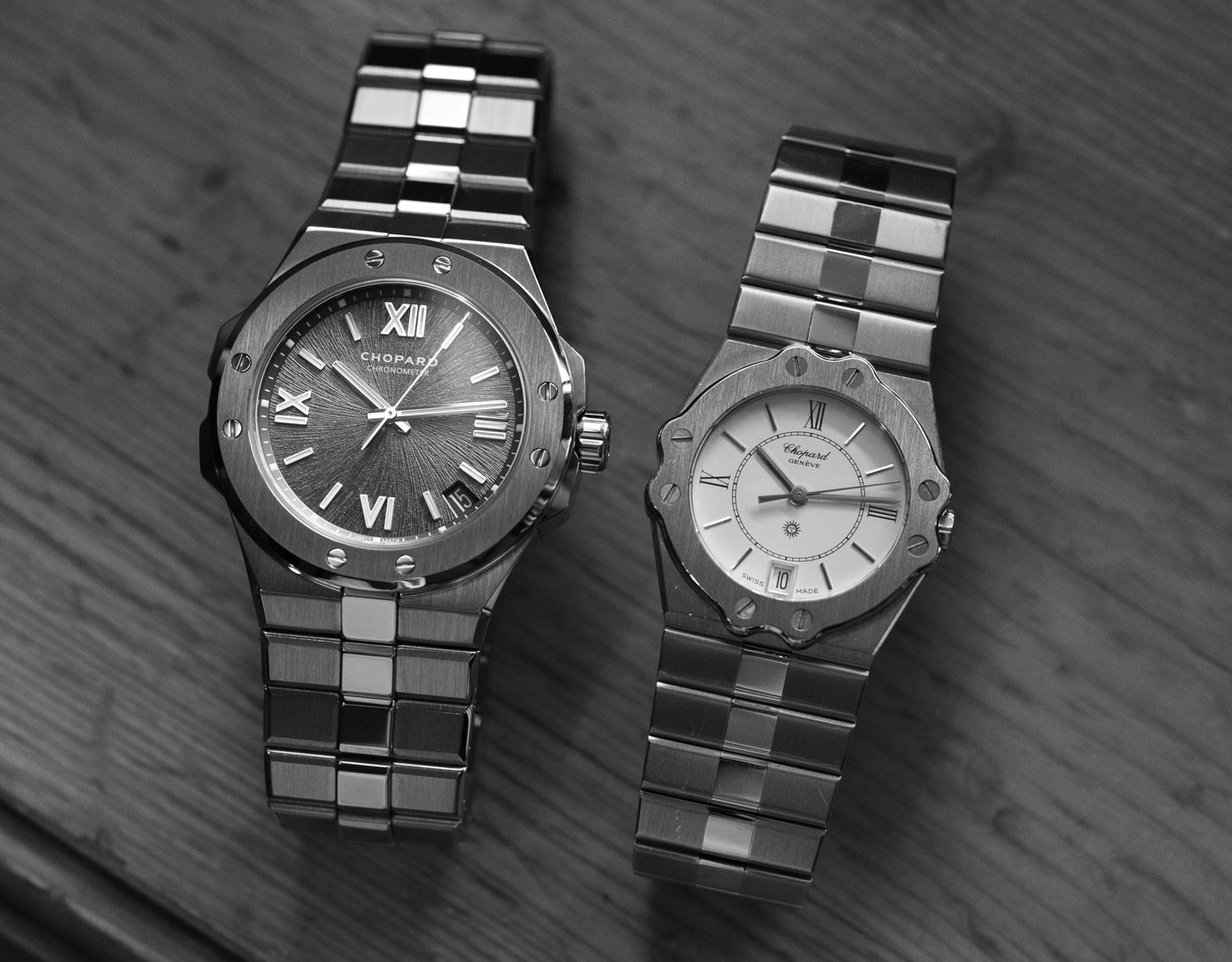 Forget a teary-eyed reminiscence: the presentation was surprisingly candid about the personal shortcomings and strengths of each generation, as well as their respective roles in the creation of an old-new watch collection. For a start, Karl-Friedrich was open about the inspiration behind the Chopard St. Moritz watch he designed and launched as one of his very first projects when he joined as the second generation at Chopard. In the ‘70s, he used to travel to St. Moritz to partake in admittedly flamboyant parties held in what, by now, has become a distinctly restrained ski paradise, a small town that is exceedingly sleep-inducing even by Swiss standards. 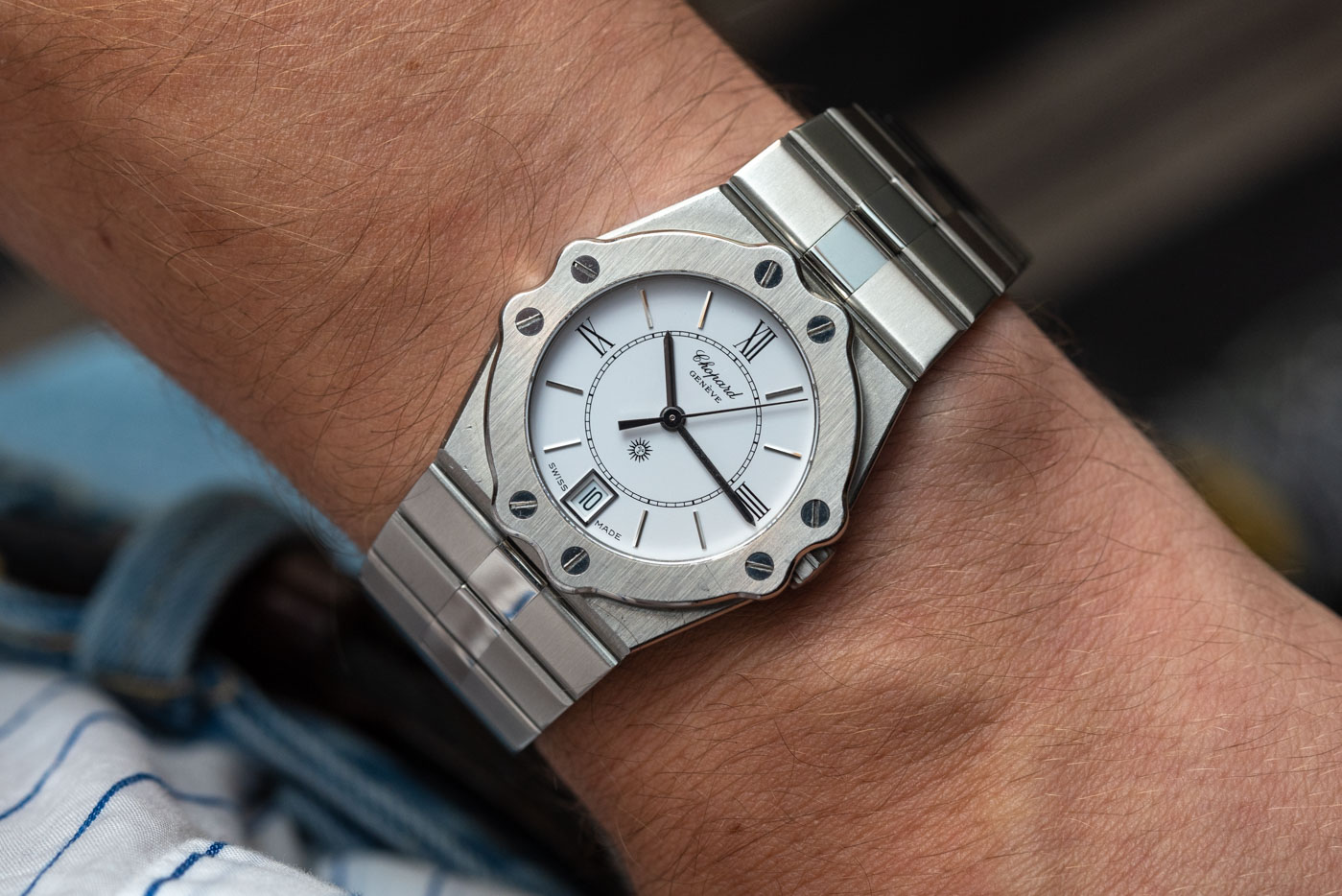 Time had passed over St. Moritz as it had done over the lineup of thin, quartz-powered, steel-clad, once-popular watches named after it. This, however, had not stopped the youngest generation — inexperienced and fearless by design — from proposing a return of the collection. Karl-Fritz’ idea of relaunching this collection was met with a “soft no” from his father, the ever-conservative and thoughtful watch company CEO. This “soft no” had taken two years of persuasion and — watch this — secretly developed prototypes to dissolve, all performed in an effort to convince Karl-Friedrich about the Alpine Eagle’s deserved place among the carefully curated collections of Chopard. 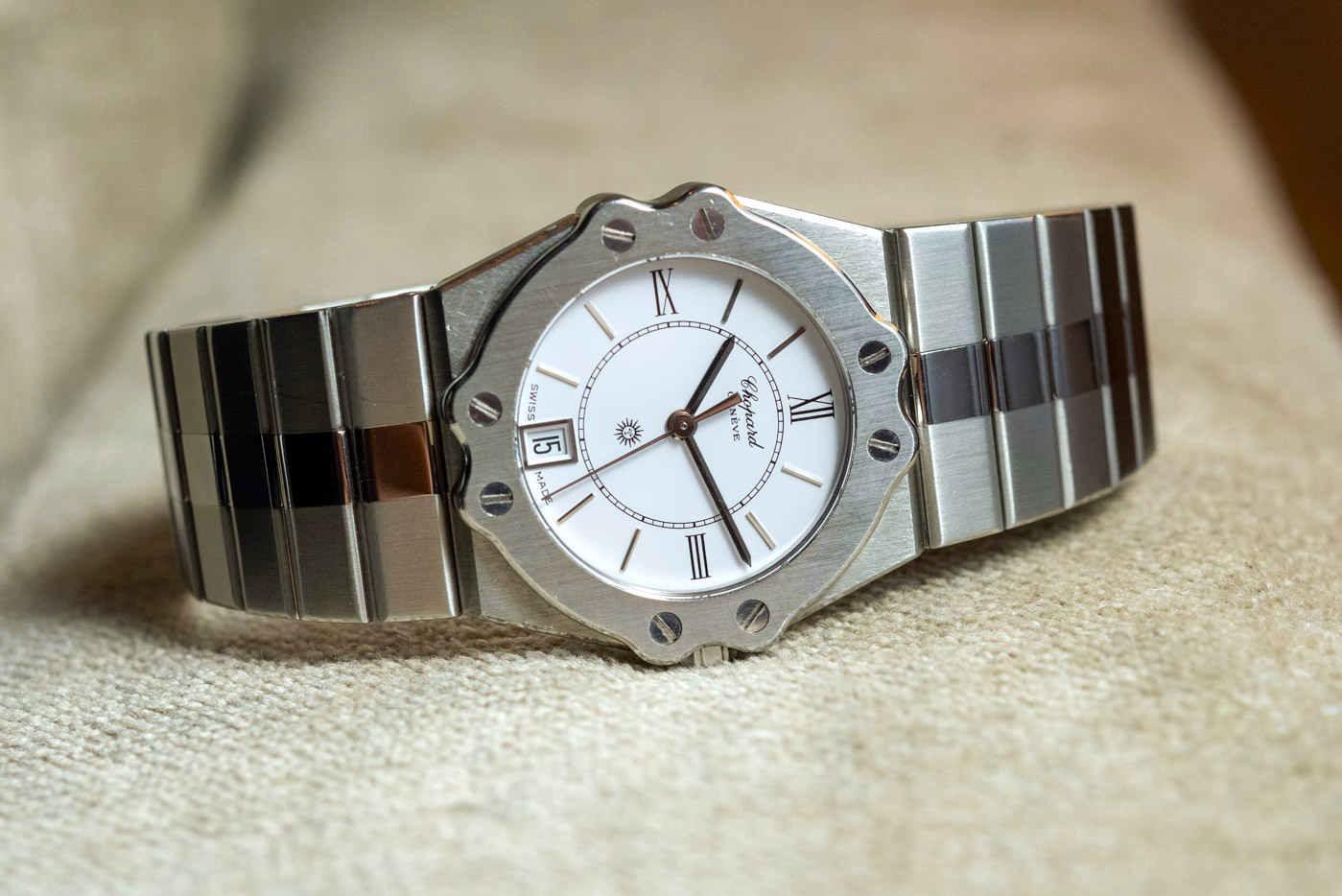 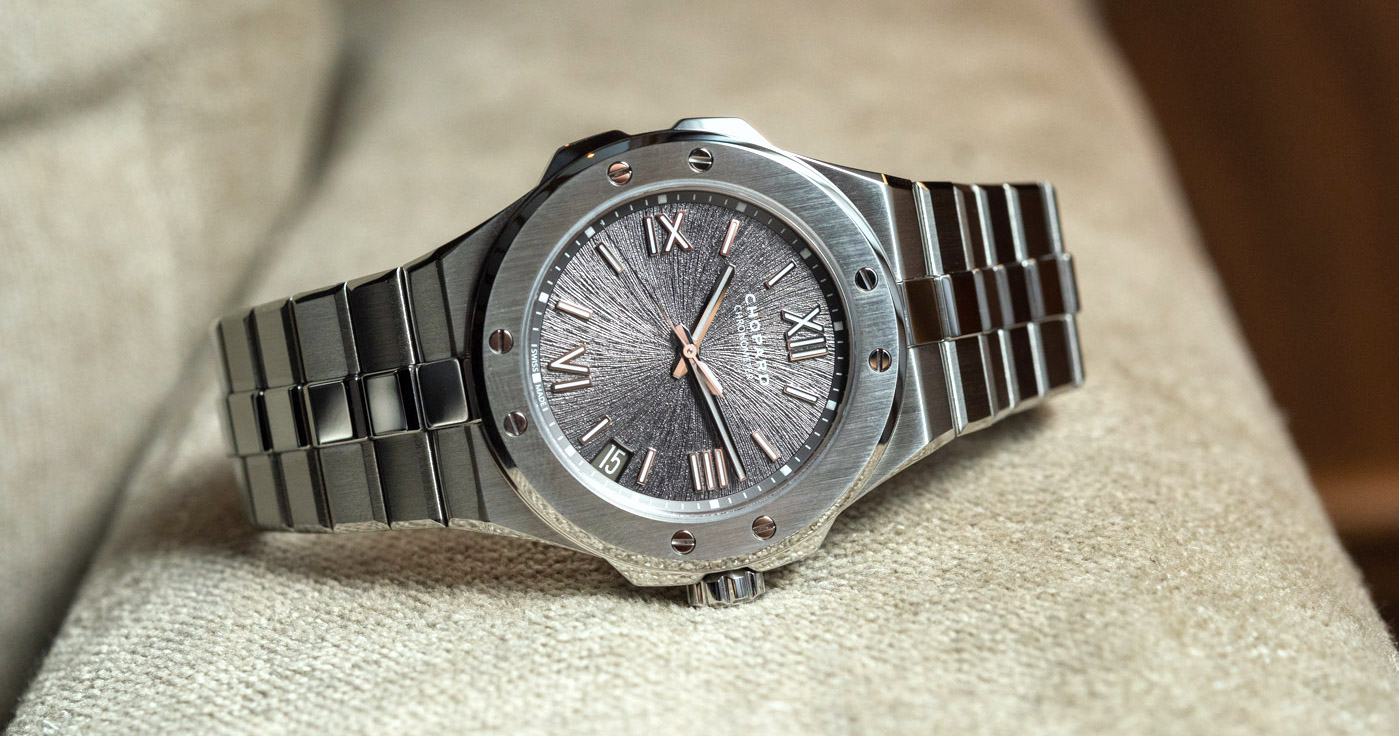 Once the actual development of the Chopard Alpine Eagle had begun, it was the elder generation’s perseverance and trained eye for detail that dominated every process — a fact clearly reflected in every element of these watches. The granddad, Karl III, had fueled the processes through his famed persistence; Karl-Friedrich’s eye for nuances required 40mm, 41mm, 42mm and 43mm-wide prototypes to be created just to determine the ideal size for the larger model; and a similar number of alternatives were made to determine, with the assistance of the female members of the family, the perfect size for the smaller version. They settled for 41 and 36-millimeter sizes — and although the latter is, I reckon, the perfect men’s watch size for something like a Rolex Day-Date, the Alpine Eagle 36 looks distinctly feminine in its proportions. 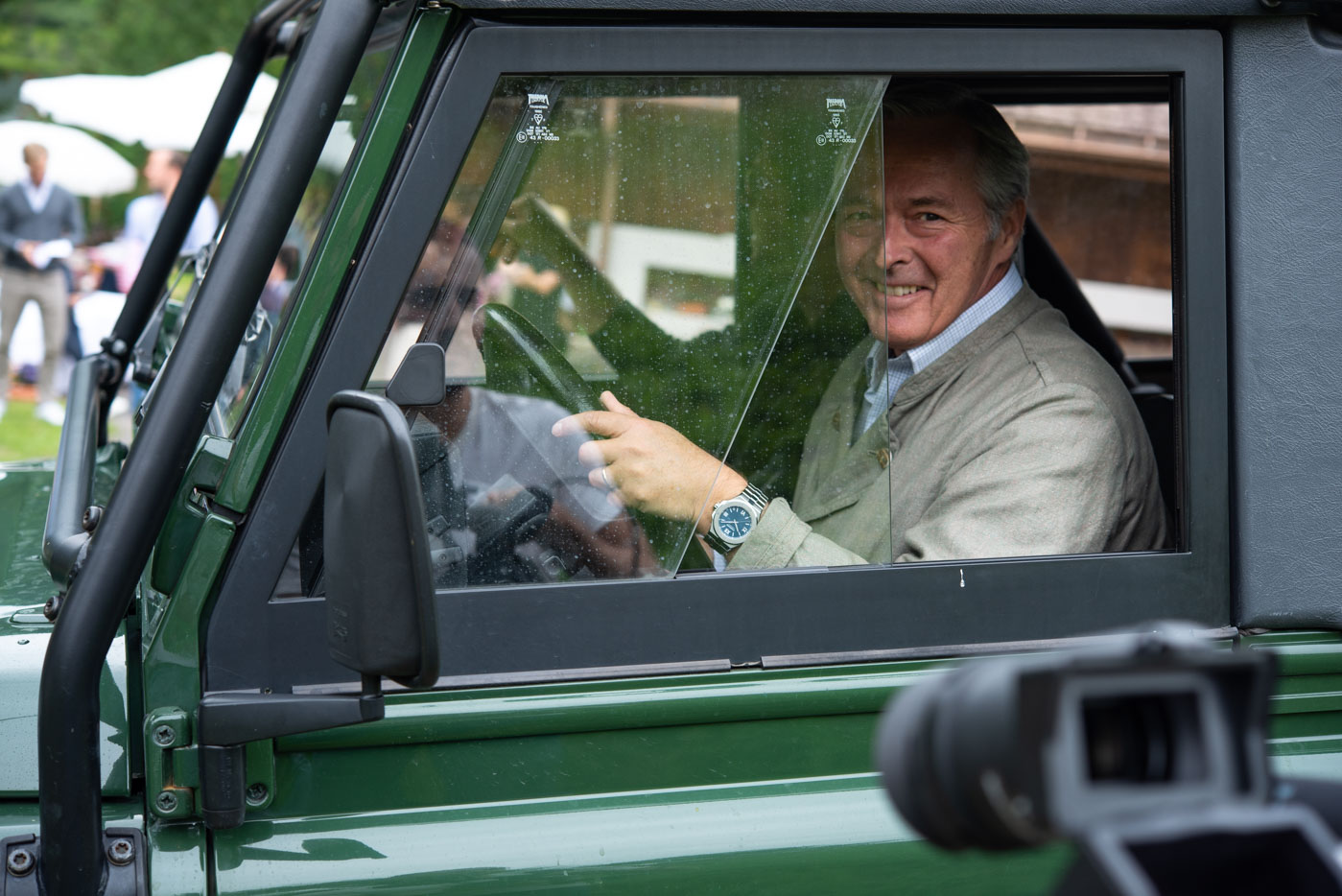 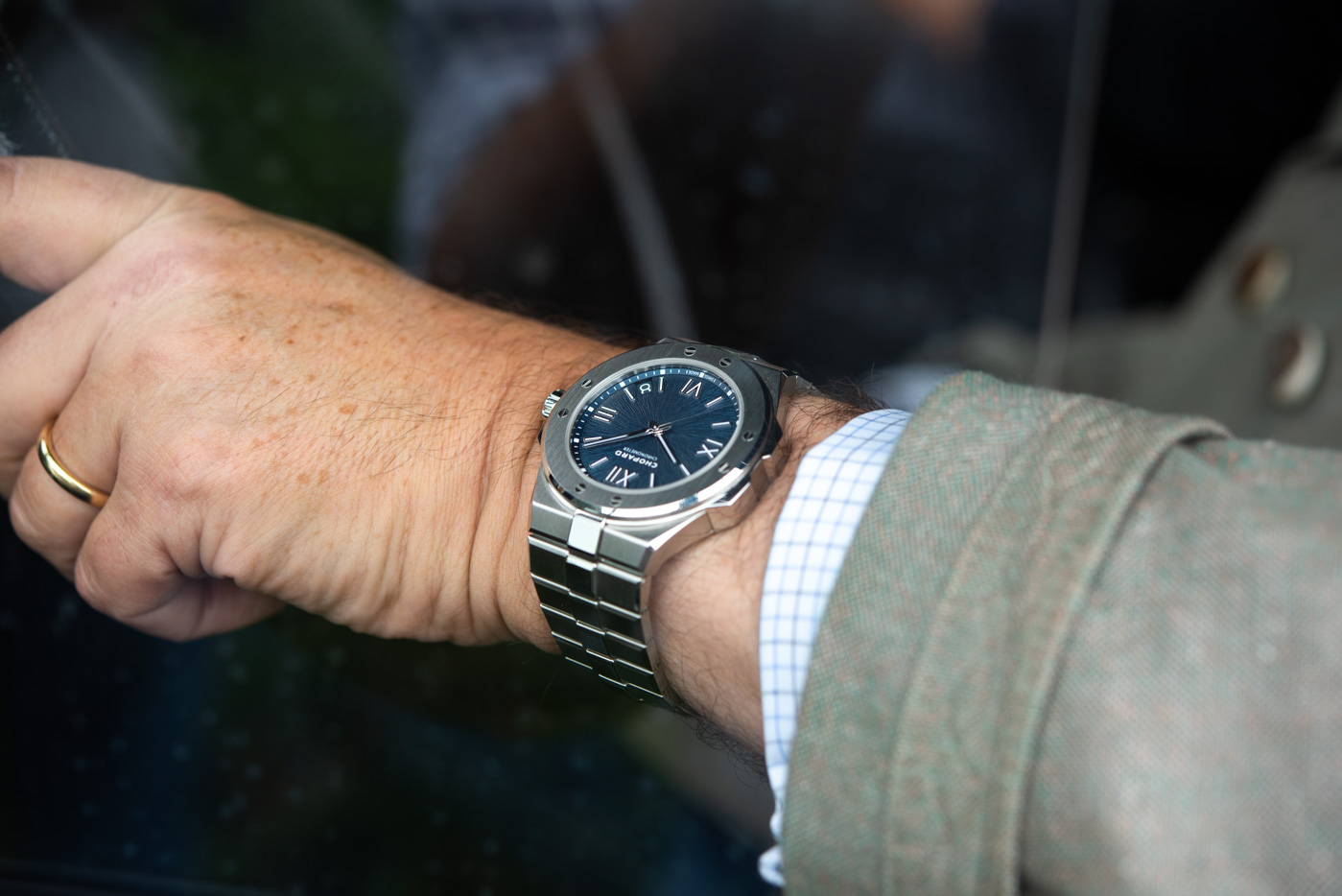 Why the Alpine Eagle? The collection was launched near Gstaad, back in July. Gstaad is un upscale ski paradise — I guess, because I don’t ski, and by the looks of things, nor does anyone else in this place in the middle of one of the hottest summers ever recorded. Though I am yet to become a fan of any inhabited area of Switzerland, their landscapes are truly magical. As the massive greyscale peaks of the Alps put on their lavishly green summer clothes, attendees of the event were greeted by members of the Eagle Wings Foundation whose goal is to help a certain type of eagle return to the Alps, some 200 years after the last one was hunted down. In their company were three fantastic eagles, two youngsters of only about four years of age and one in its teens. (I’m told they can live up to 50 years of age.) 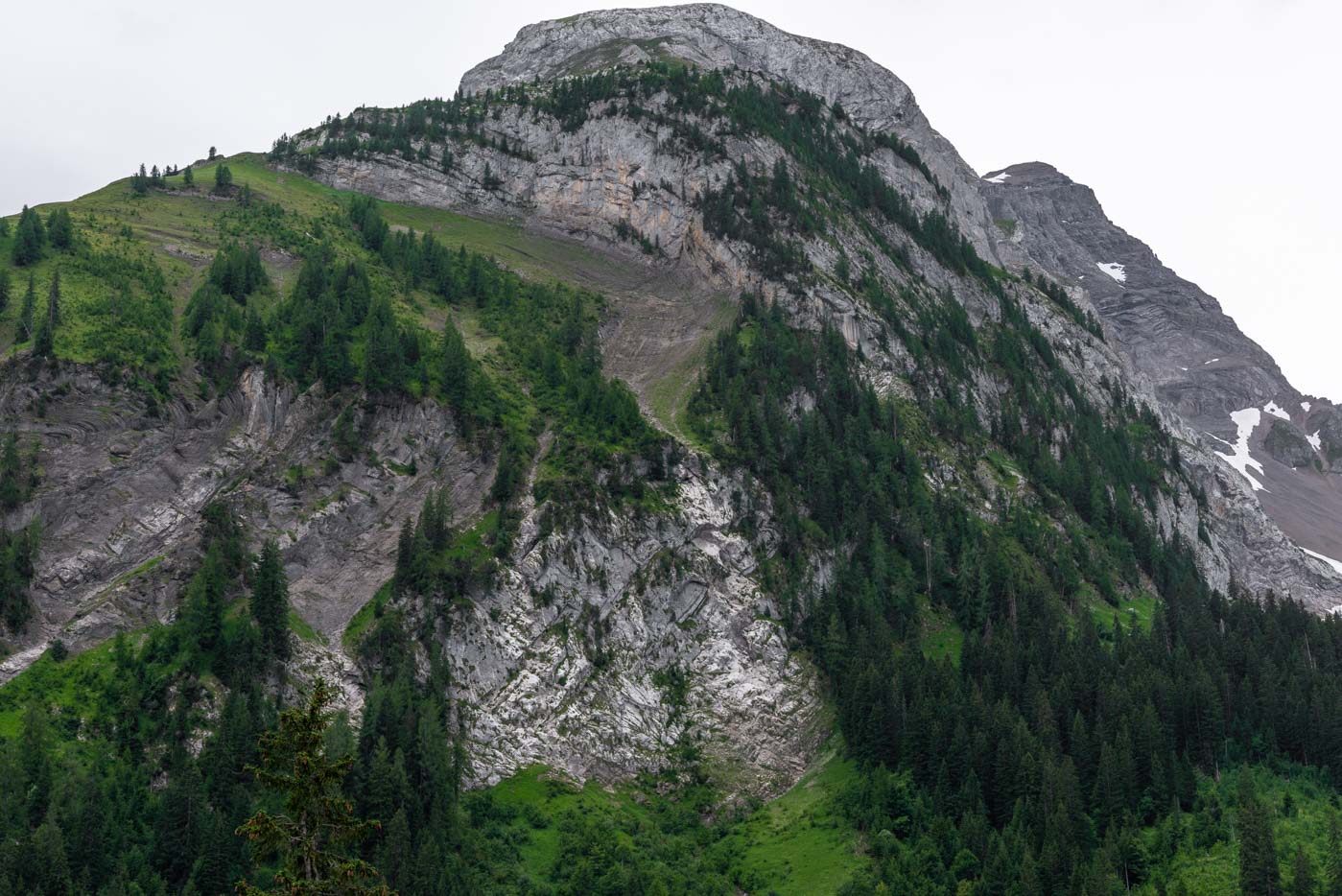 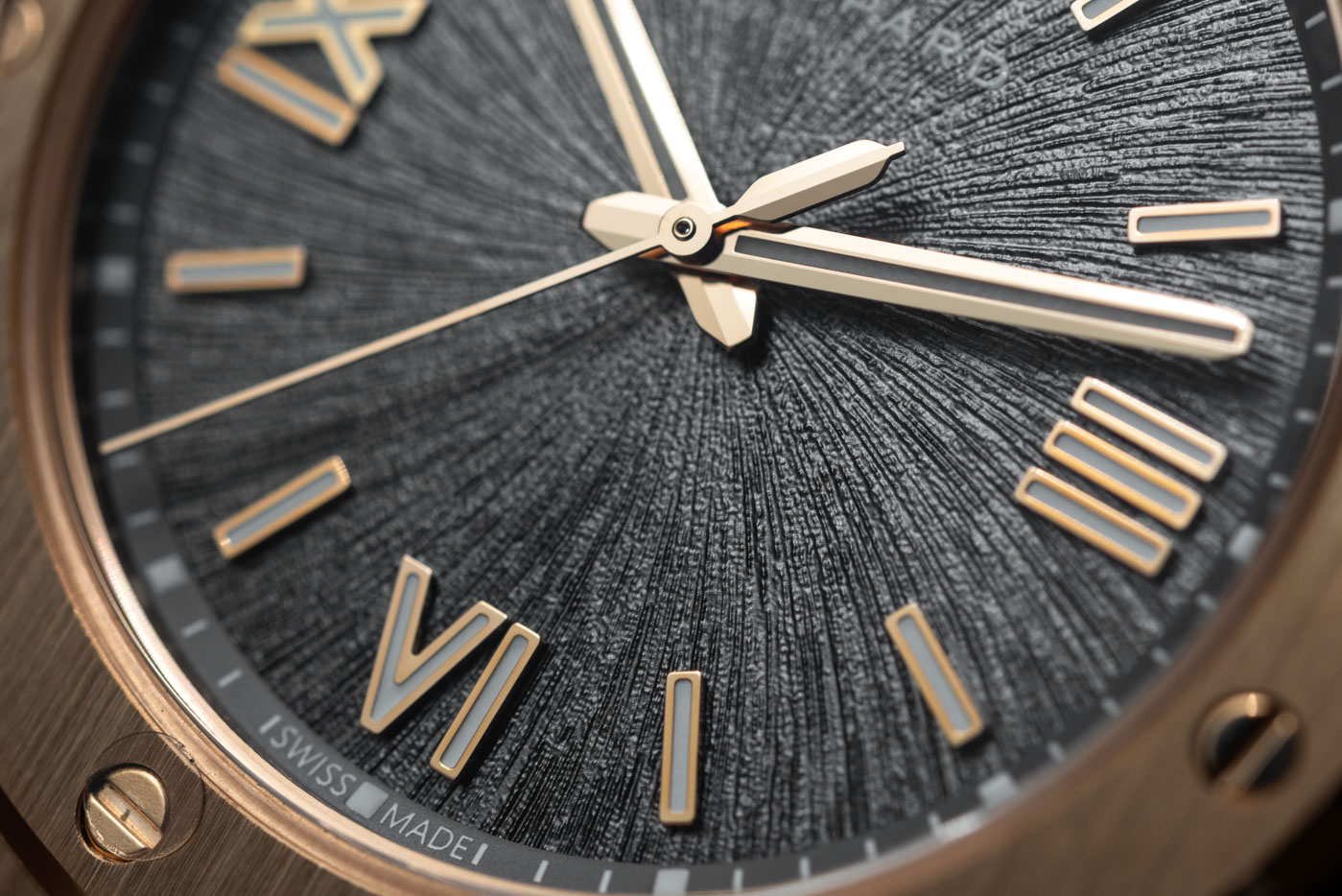 The foundation will enjoy Chopard’s support — not from every sale, but with annual payments — in line with Chopard’s push with the sustainably sourced materials it uses and the way it operates as a global, ecologically considerate organization. One line that I liked from Karl-Friedrich Scheufele’s presentation of the new watch was this: “The eagle is the ambassador of awareness.” Apparently, the eagle is the only creature that can look directly into the sun as it scans the sky and is a hunter that can spot prey up to 10kms (or six miles) away. I thought this awareness angle went well with a product that was re-designed correctly from the materials used to the way it looks when on the wrist. As such, the dial of the Alpine Eagle watch is inspired by the retina of the eagle. 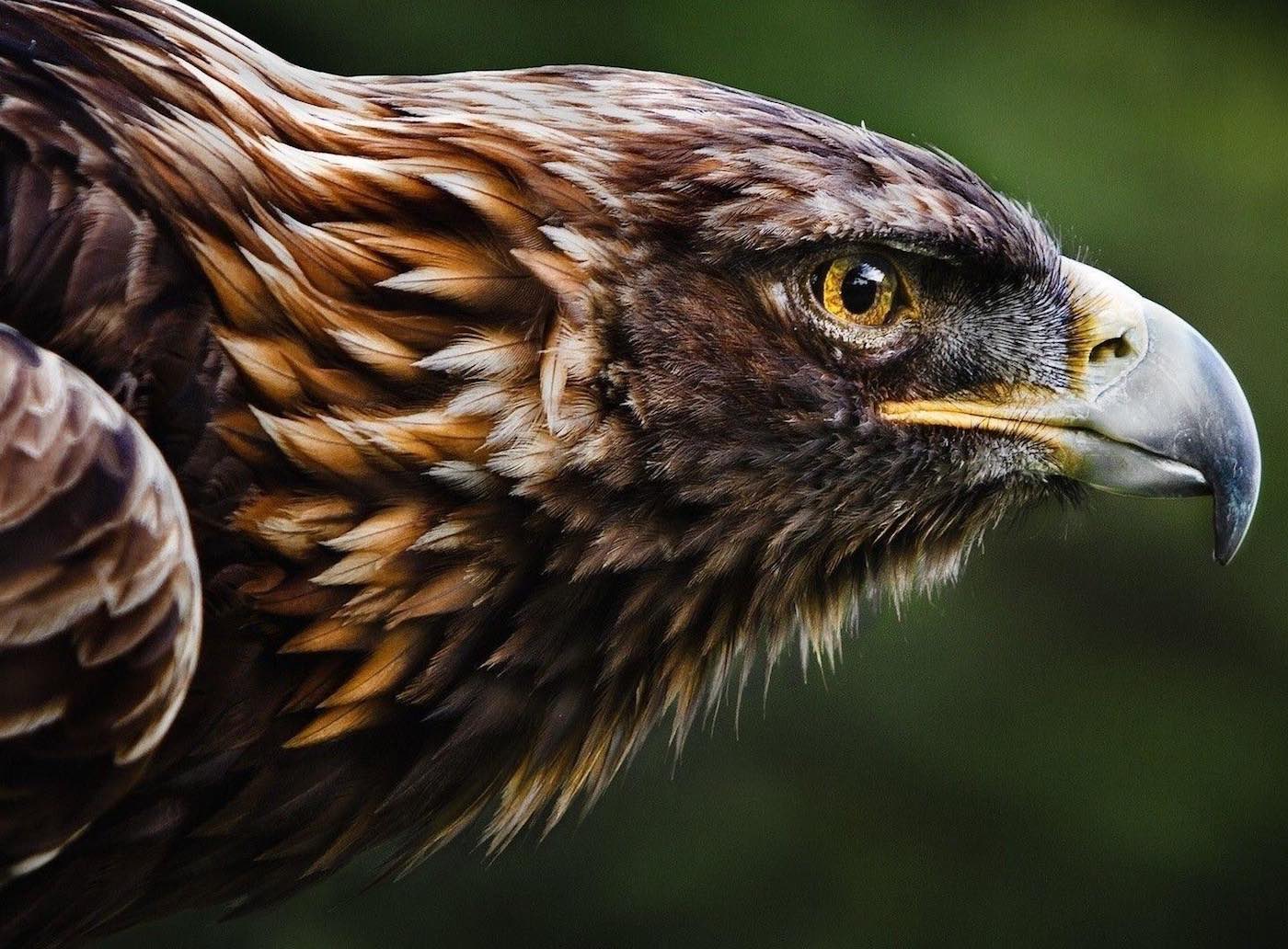 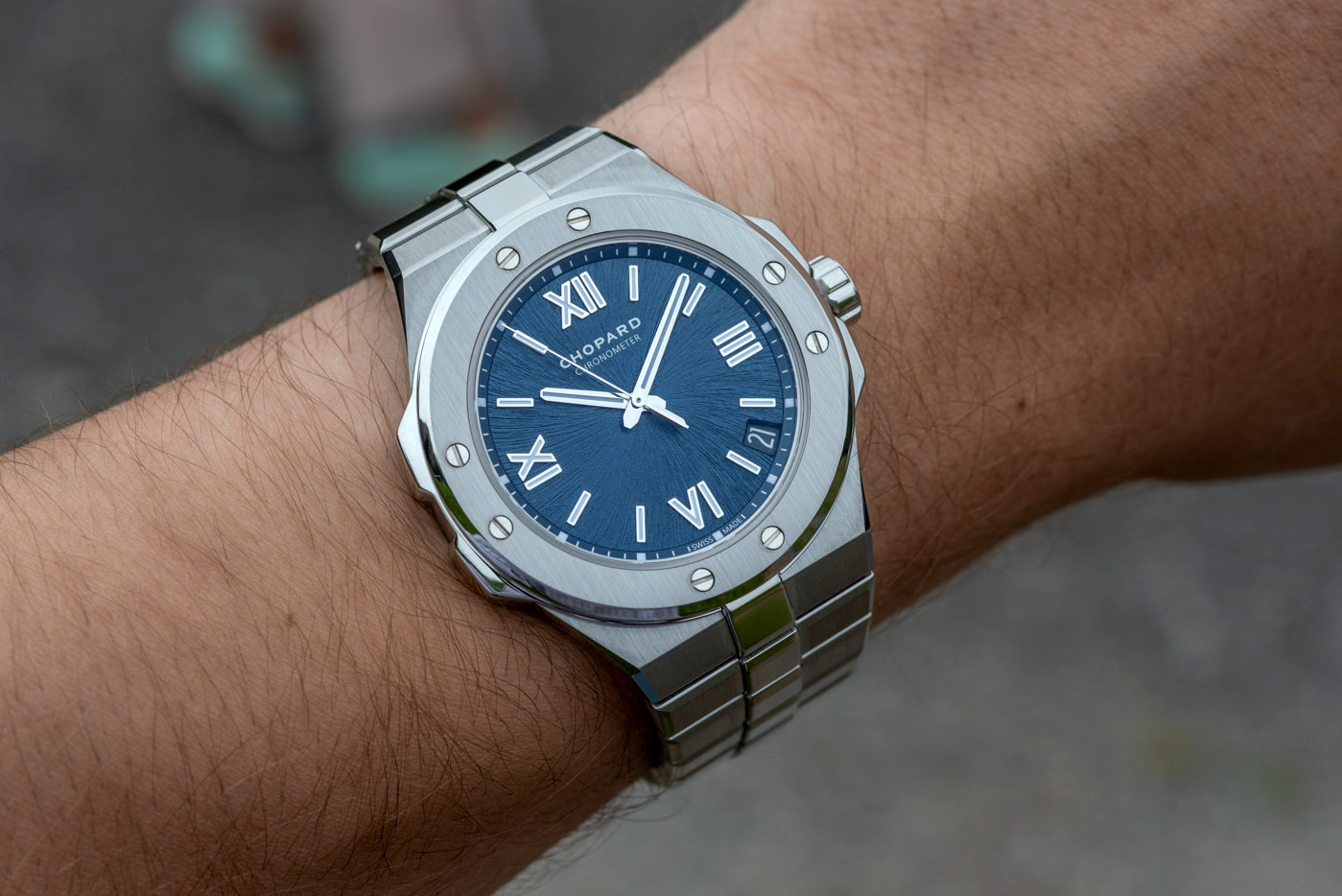 Lucent Steel — Or, What’s New In The Chopard Alpine Eagle?

As far as the exterior is concerned, everything is new, down to the material used. Chopard has been among those few watch brands at the forefront of traceable gold — 100% of the gold Chopard uses for its watches is ethically sourced, and a portion of it bears the Fairmined Gold certificate (with the limitation there being the fact that very few Fairmined Gold-certified mines exist, and the authorization process of new ones is slow). Now, with the Alpine Eagle collection, steel joins in this quest for traceability with Chopard’s very own Lucent Steel A223. Produced by European suppliers with reduced carbon footprint, Chopard’s Lucent Steel A223 is alloyed from 70% recycled stainless steel and 30% steel mined through 100% traceable sources. Mind you, Chopard also recycles 100% of its steel waste. More important to us, perhaps, is the fact that Lucent Steel is double-forged to remove as much contamination as is possible, therefore making it anti-allergenic and, in its chemical composition, on par with surgical stainless steel.