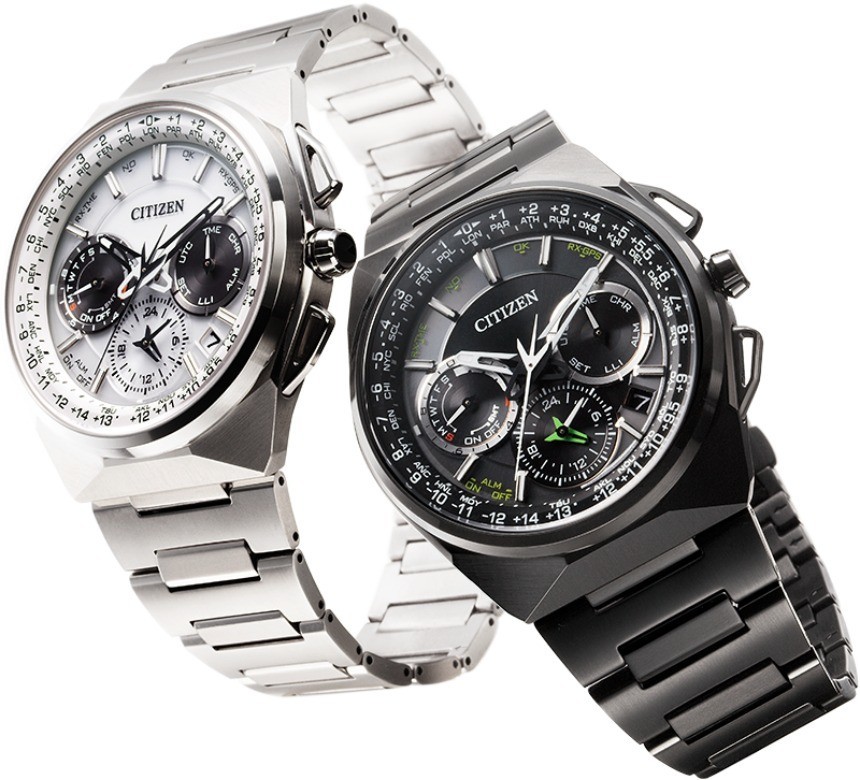 Citizen and Seiko are battling head-to-head again for dominance in the sophisticated-looking GPS watch market. Seiko has their Astron collection, while Citizen has the Satellite Wave series. Citizen just upped the ante a bit with the Citizen Eco-Drive Satellite Wave F900 by not only adding new features, but making the movement a true “GPS watch” and maintaining a very thin profile that allows the Citizen Eco-Drive Satellite Wave F900 to be the thinnest light-powered GPS satellite synchronized watch in the world (with, as Citizen points out, the fastest signal reception speed).

Citizen was careful not to call the original Satellite Wave F100 watch a “GPS” watch, because it could not tell you where you were. It was able to update the time anywhere in the world by synching to GPS signals, but you still needed to set the time zone. This was perhaps the biggest drawback for the F100 and what gave Citizen’s competitors the edge. New for 2015, starting with the Citizen Eco-Drive Satellite Wave F900, the “caliber F900” movement is finally able determine the watch wearer’s position on the planet. Specifically, Citizen remarks that the F900 “receives position information from GPS satellites in as little as 30 seconds.” 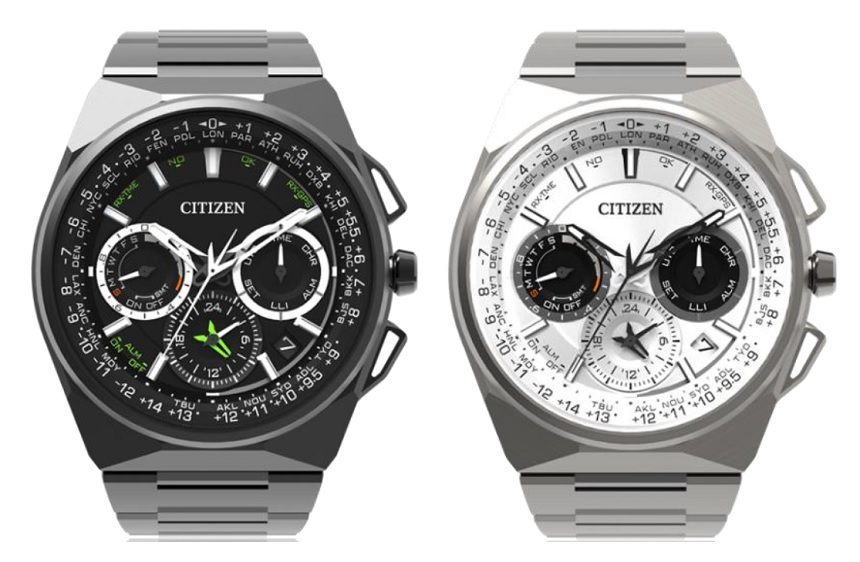 The full functionality of the calibre F900 according to Citizen is: “Eco-Drive, Accuracy of ± 5 seconds per month, Satellite Timekeeping System (Reception Area: Worldwide), Global Positioning System, World Time in 40 Cities, Dual Time Display Function, Chronograph of 1/20-second measurement for 24 hours, Light-Level Indicator and Power Reserve Indicator, Perpetual Calendars.” You can see that in addition to the two new subdials on the dial of the Citizen Eco-Drive Satellite Wave F900 watch, versus the F100, there are a host of new functions which are lead by the ability to persistently see two time zones on the dial at all times – clearly, an important use of a travel watch.

Using Citizen’s traditional function selector as seen in many other watches, the Citizen Eco-Drive Satellite Wave F900 contains other functions such as a 1/20 of a second chronograph. While not as clean as the dial of the F100, the Citizen Eco-Drive Satellite Wave F900 offers welcome features that boost the value proposition of Citizen’s flagship GPS watch collection.

One of the most interesting technical upgrades is the increased durability of the titanium cases. Like the F100 the Citizen Eco-Drive Satellite Wave F900 watch comes in a lovely modern looking titanium case that is about 45mm wide. The Citizen Eco-Drive Satellite Wave F900 is 13.1mm thick, which less than a millimeter thicker than the F100’s relatively thin 12.5mm-thick case. Going back to the titanium case, Citizen now uses their Duratect coating over the titanium, which increase the scratch resistance. Citizen calls it “Super Titanium,” and claims a hardness of 2,200 – 2,500 Hardness Vickers for the normal titanium and a bit lower hardness for the black Duratect DLC coated titanium version. Over the dial is an AR coated sapphire crystal, and the case is water resistant to 100 meters.