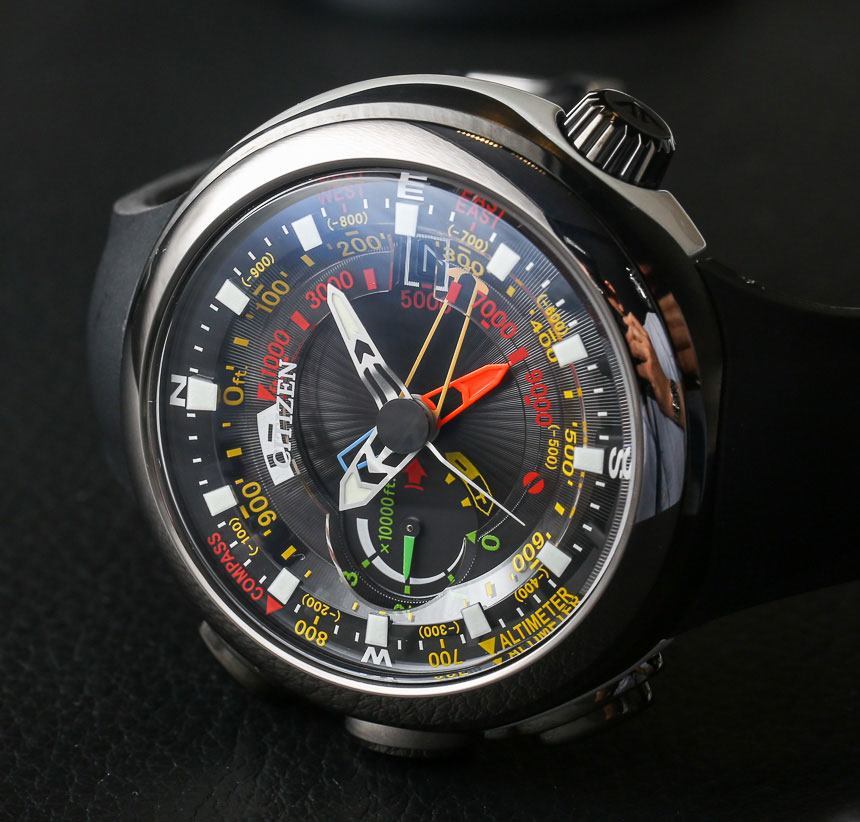 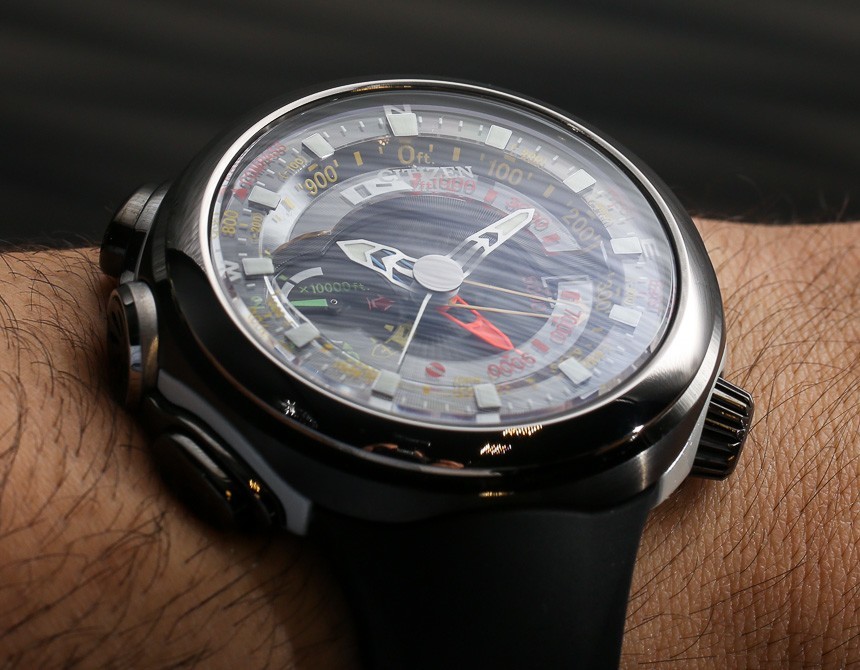 Do you remember the “new” Citizen Promaster Altichron watch that we presented last year? aBlogtoWatch went hands-on with the surprising 2013 Altichron re-release watch last year, which was a modern take on a classic multi-sensor watch that originally came out in 1989. If you thought the 2013 Altichron was interesting then the 2014 Citizen Promaster Altichron Cirrus ref. BN5048-01E is going to blow you away. If you feel that these types of high-end Japanese quartz watches are just plain weird, then at least check out what you are missing.

As far as we can tell, what makes the 2013 Citizen Promaster Altichron and the 2014 Citizen Promaster Altichron Cirrus models different is the case and dial. I posted our video from last year below which shows you how it works. The movement appears to be the same Citizen Eco-Drive caliber J290 (aka J29) quartz movement in both watches. What is it? Well, it is a light-powered all-analog movement that has the time, compass, altimeter, power reserve indicator, and date. 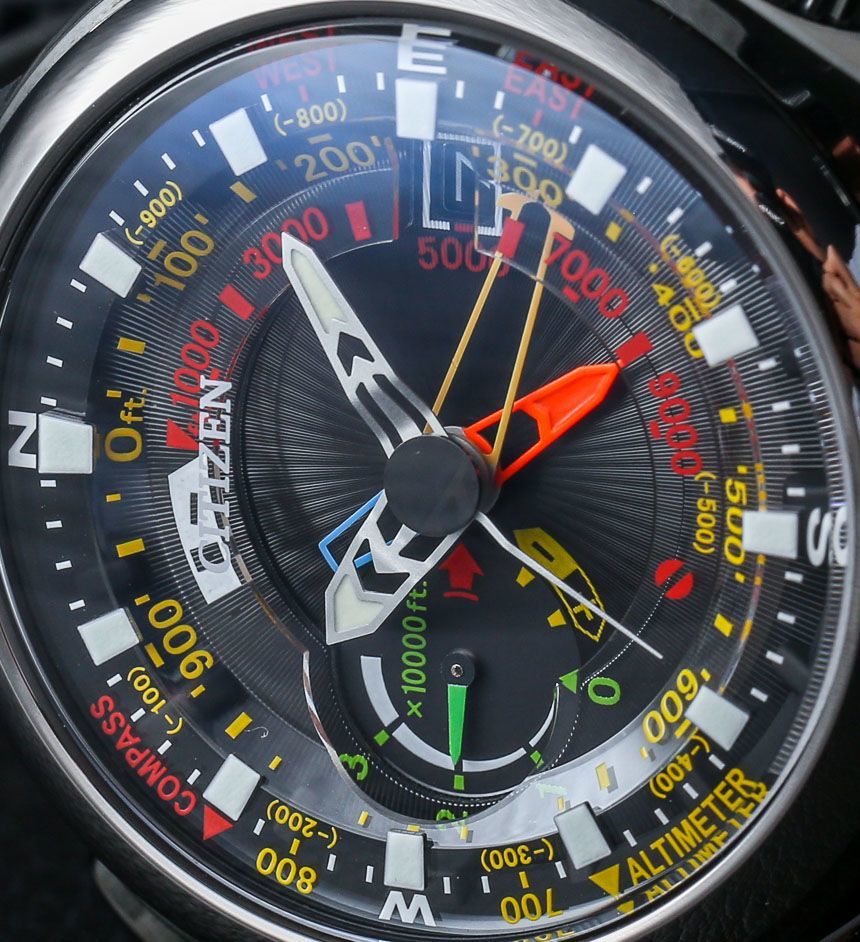 True, the Citizen Altichron collection does not have as many features as other multi-sensor watches, such as Casio’s famed Pro Trek collection, but the idea here is more about design and making it entirely analog. Citizen knows that when you add too many features to an analog dial things get horrendously confusing very quickly, so it wanted to keep things (relatively) simple, yet visually intriguing on the Altichron Cirrus. 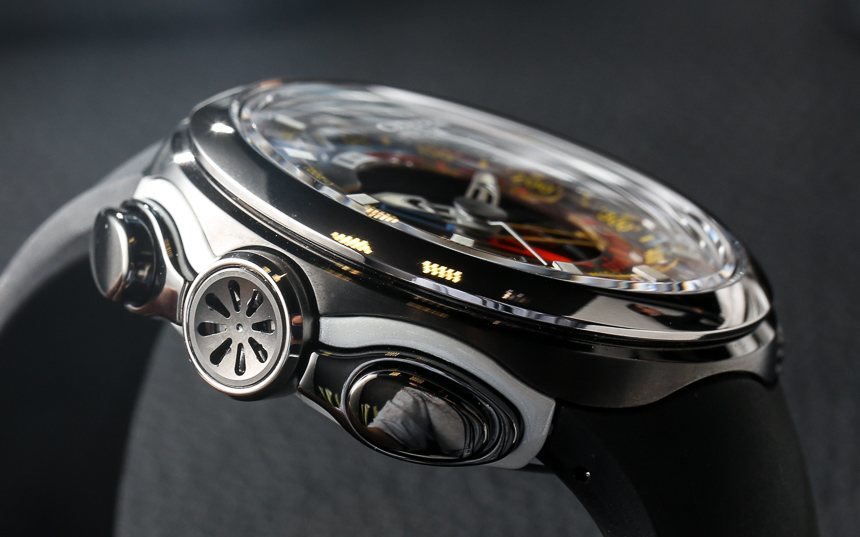 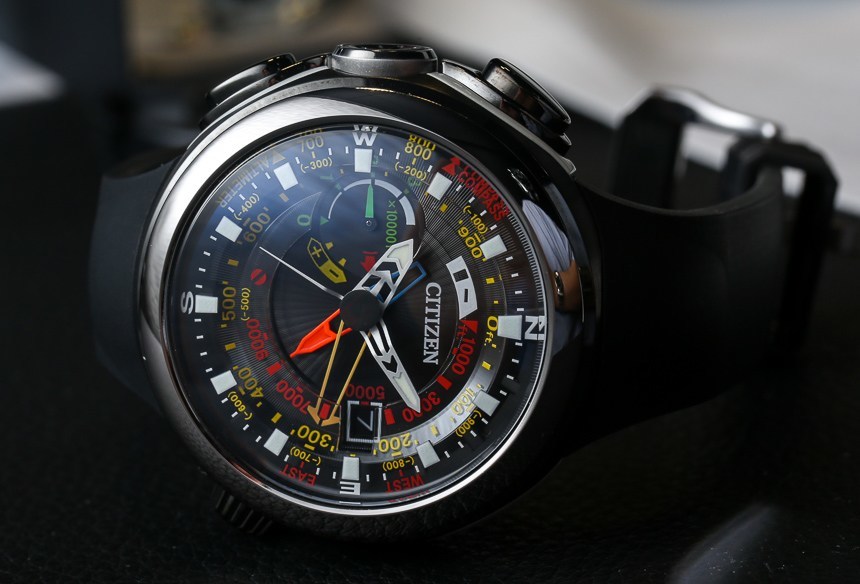 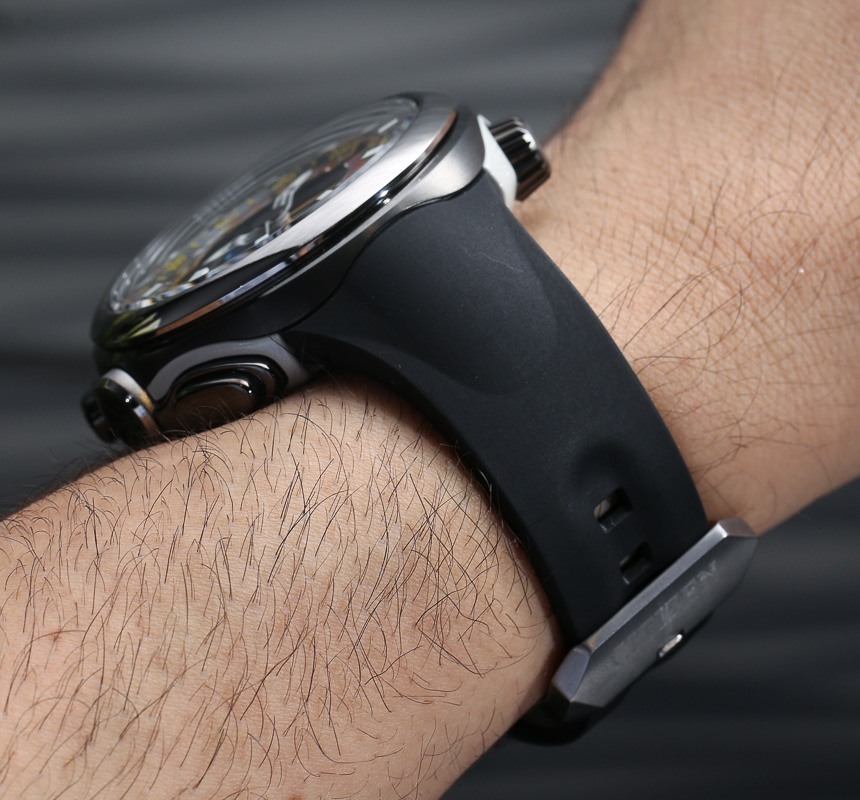