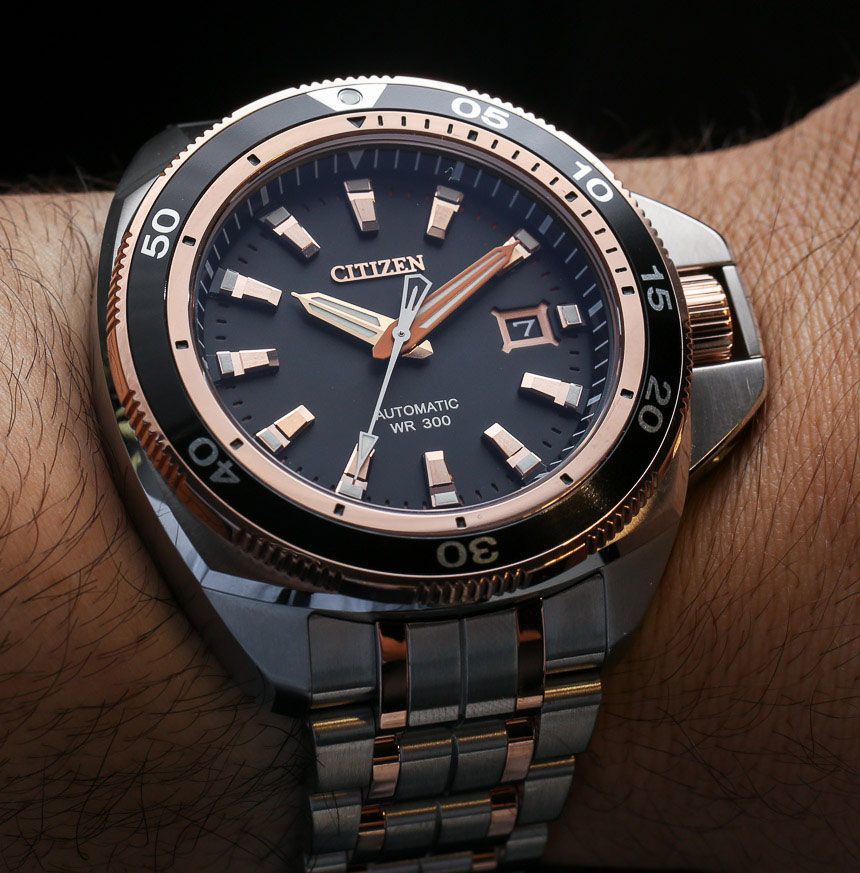 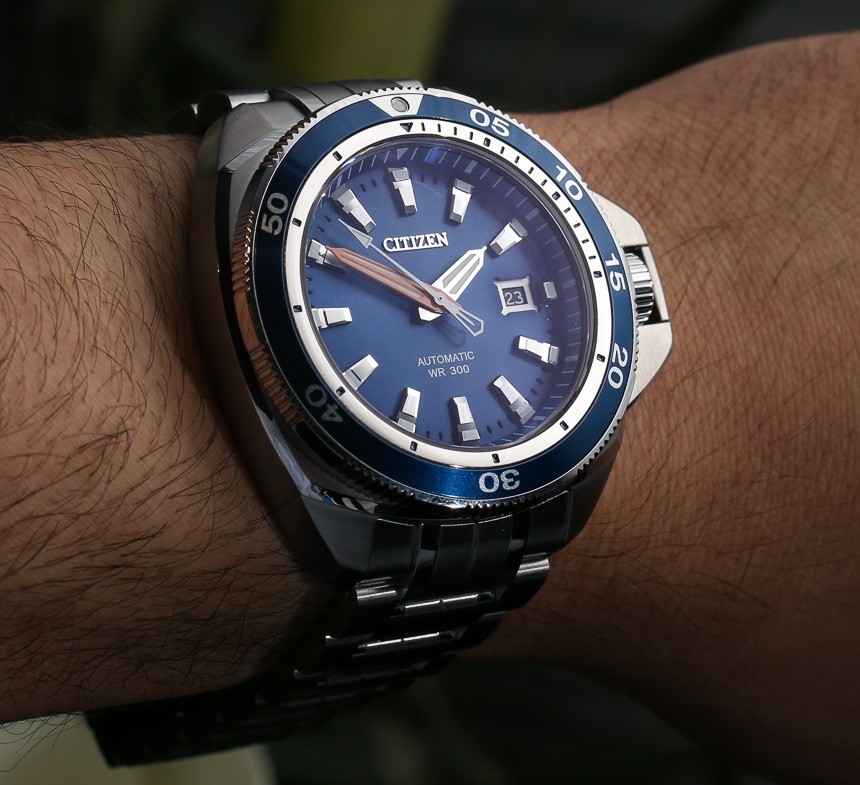 Before discussing the details of this pretty cool new Citizen Signature Grand Touring Sport watch, it is important to explain what that little “Signature” label means – because over the years, it has changed meaning. To start, it is important to mention that Citizen, like other major Japanese watch brands, produces both very affordable timepieces, as well as those which are a bit more high-end. For the most part, all of these watches share the same “Citizen” brand name on the dial.

Citizen, like its competitor Seiko, has struggled in markets outside of Japan when it comes to offering higher-end products which cost more than the few hundred dollars most people are comfortable spending on a Japanese timepiece. This is why brands like Toyota label their higher-end products “Lexus” outside of Japan. With that said, enthusiasts like us (and many of our audience members) known that despite confusing branding, Citizen and Seiko make some amazingly high-value, higher-end timepieces. Seiko’s Grand Seiko is a solid enthusiast favorite, and Citizen has its own collection of products in the $1,000 plus range which are totally worth your money. 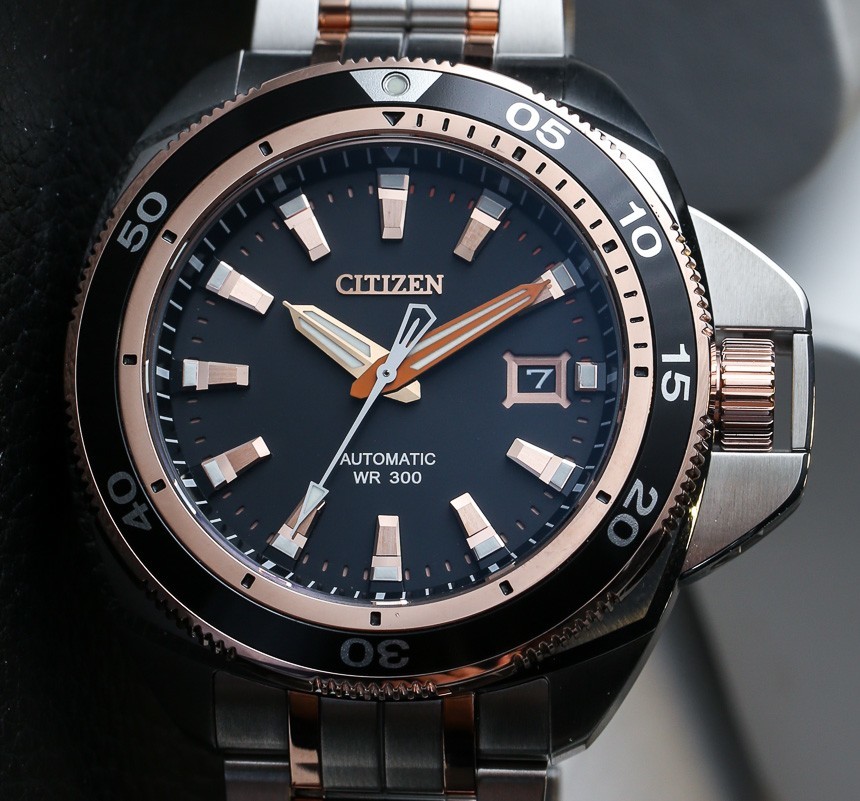 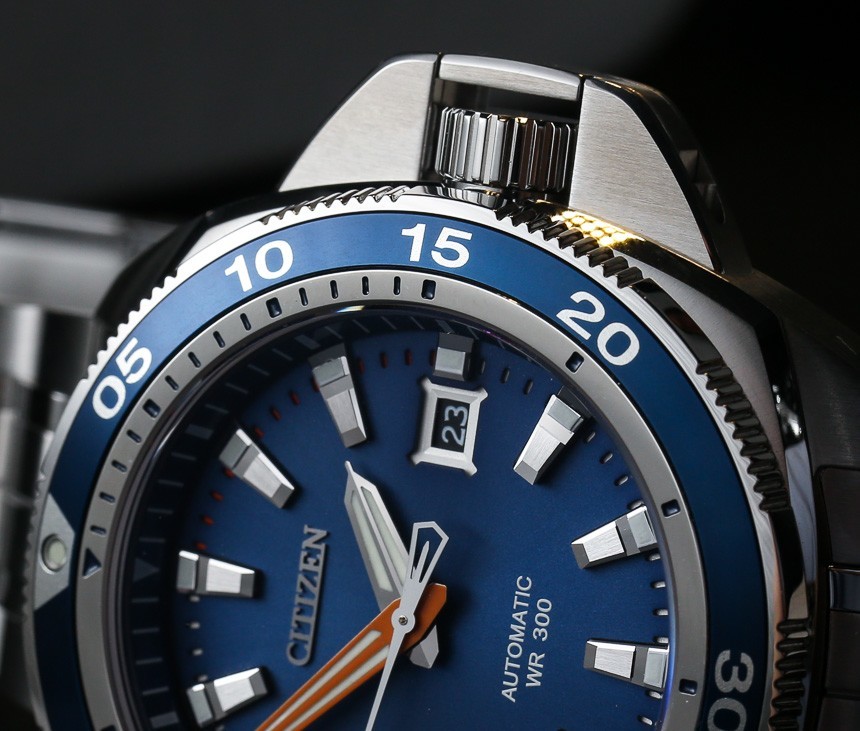 Several years ago, Citizen released the Campanola collection as range of meticulously made high-end quartz watches. The first of these watches were dual-branded with the Citizen and Campanola names, and later they merely had the Campanola names on them. I actually have an early Campanola (aBlogtoWatch review here) watch and love it. I am not sure whether or not Citizen is still producing them, and if so, they are in tiny numbers. Campanola watches were priced at $3,000 and up. Between Campanola and normal Citizen watches, the brand created the Citizen Signature collection, (such as this Signature Perpetual Calendar model). 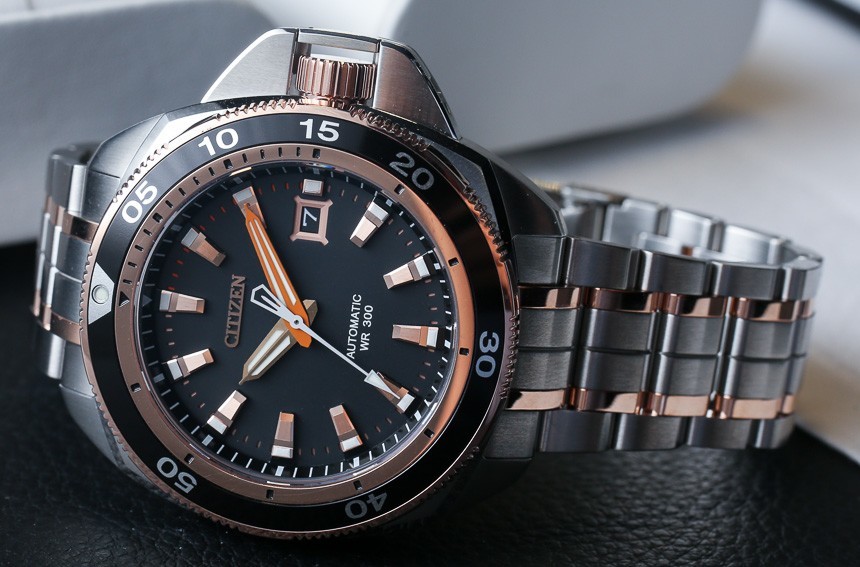 Citizen Signature watches began as higher-end quartz watches that included better materials, more interesting movements, and an overall upgraded Japanese quartz watch experience. While often very nice, I don’t think the first era of Citizen Signature went according to plan, because again, it was only enthusiasts who understood them, and enthusiasts tended to prefer mechanical watches. With that understood, it seems like Citizen re-thought the Citizen Signature collection and a couple of years ago came up with a mechanical model that contained an in-house made automatic movement. Of course, Citizen has been producing mechanical movements for years under their other company, the movement maker Miyota.

For 2014, Citizen releases this pretty good looking mechanical dive-style watch called the Signature Grand Touring Sport, and finally the new era of the Citizen Signature is hitting its stride. While the first mechanical Citizen Signature was a more dressy watch, this Citizen Grand Touring Sport is bold and thoroughly more action-oriented. Of course, it is also thoroughly a Japanese product, which helps explain why a diving watch has the name of a racing watch. 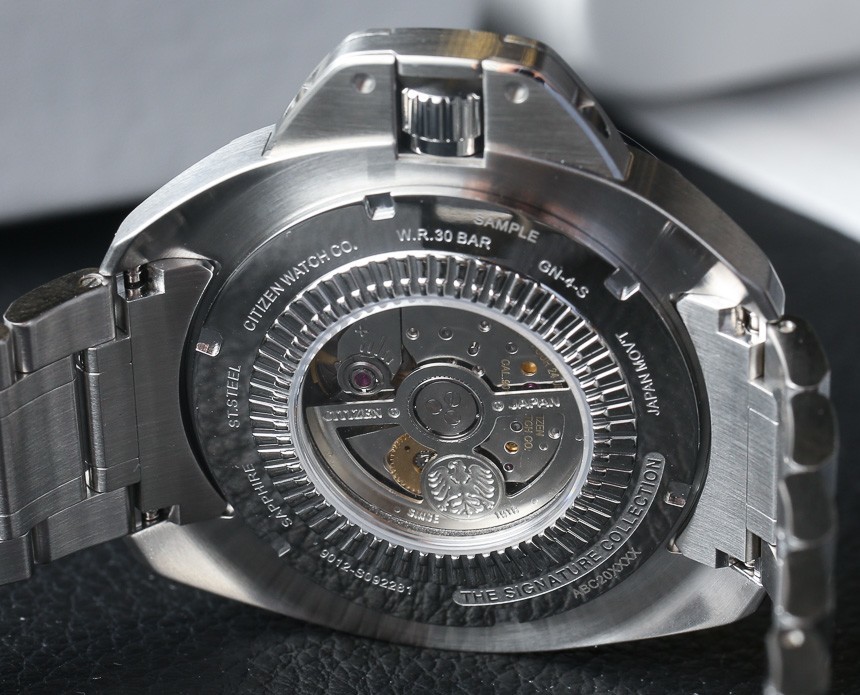 Nevertheless, despite being fully Japanese, the design is much more restrained than previous sporty Signature watches, which is a step in the right direction. Seiko has long since learned about design restraint in most of its Grand Seiko watches, but all Japanese watch makers are known for their tendency to cram in as many design details as possible in a single product, especially when it comes to sport watches.

I’d say that the mix of design elements in the Citizen Signature Grand Touring Sport is pretty good. There are lots of little decorative details, such as the date window and hour markers, but in the end, the watch is appreciably legible and enjoyable to wear. The case is 44mm wide, but wears a bit larger thanks to the Omega Ploprof-style crown guard. As a diver, the case is water resistant to 300 meters and the crystal is daul AR-coated sapphire (actually the AR is pretty darn good). While it does have some decorative elements which some people might not want in a diver, the dial is wonderfully deep and enjoyable to look at. 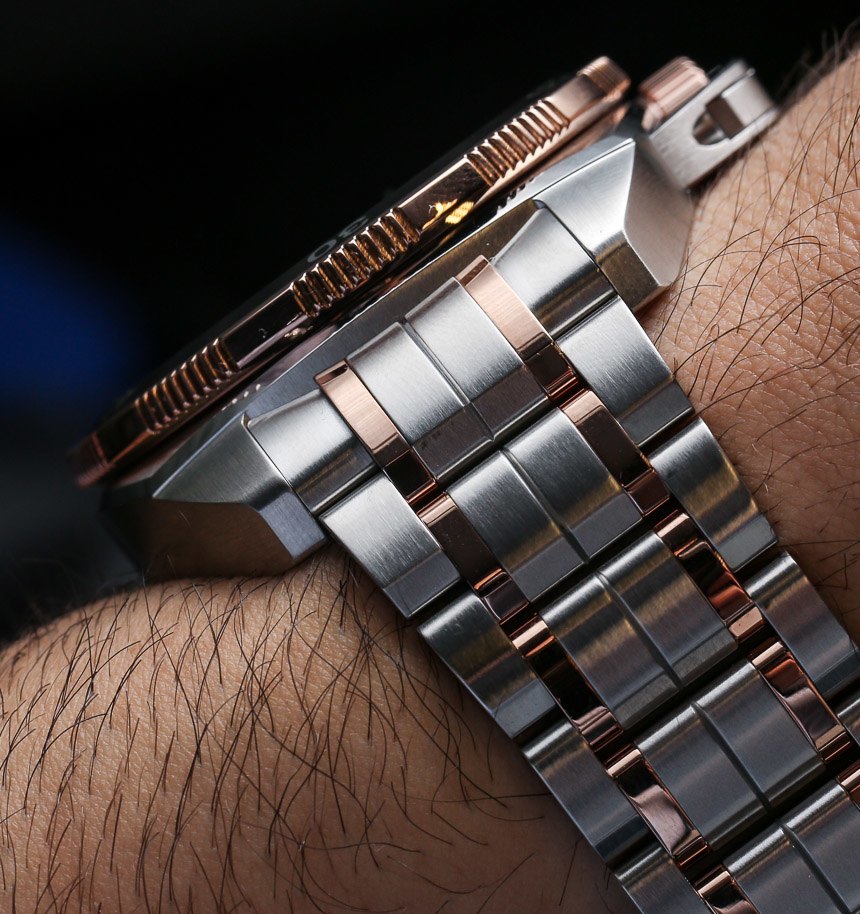