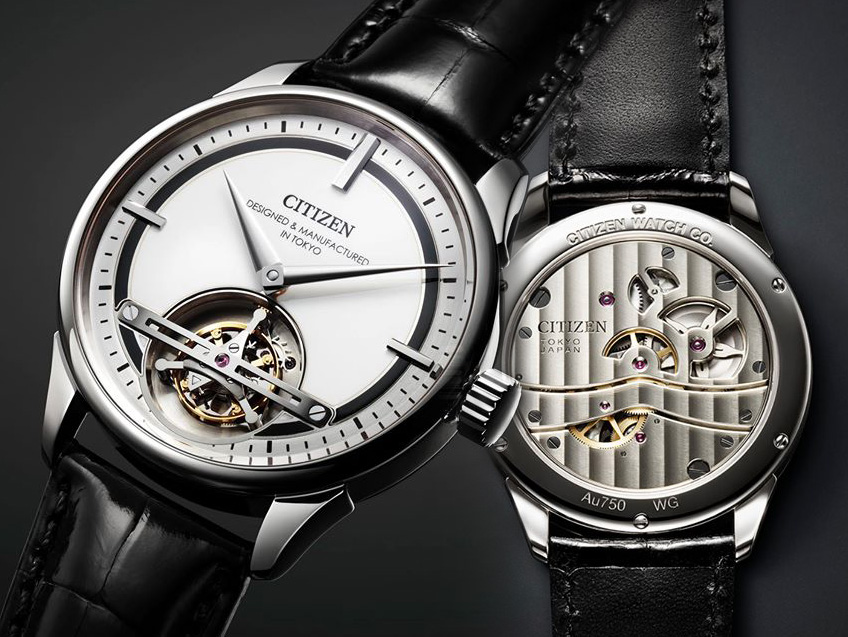 Citizen has unveiled a new watch featuring the brand’s first tourbillon that will be available next month, in June 2017. Called the Citizen Tourbillon Y01 and priced around $90,000, it is unexpected in a couple ways – and not just because it is a rare example of a Japanese tourbillon. The Citizen sub-brand Campanola would be a less surprising home for a tourbillon, and we might have expected a movement produced by Swiss movement maker and Citizen subsidiary La Joux-Perret. But, no, this is a tourbillon designed and made by Citizen with a logo on the dial that is much more commonly associated with mass-produced, value-for-money, often solar-powered watches.

First, a plea to Japanese watch brands: for the sake of your customers and fans, please get your act together regarding communicating with media and at the very least sending us decent hi-res images! Information on the Citizen Tourbillon Y01 has slowly trickled from the Japanese media to international sites, but for now, we will share what we know. The Citizen Tourbillon Y01 is designed and manufactured by Citizen and it has been under development since 2014. It will be limited to only two pieces and available only in Japan at the Daimaru department store as an anniversary special edition for the retail chain. 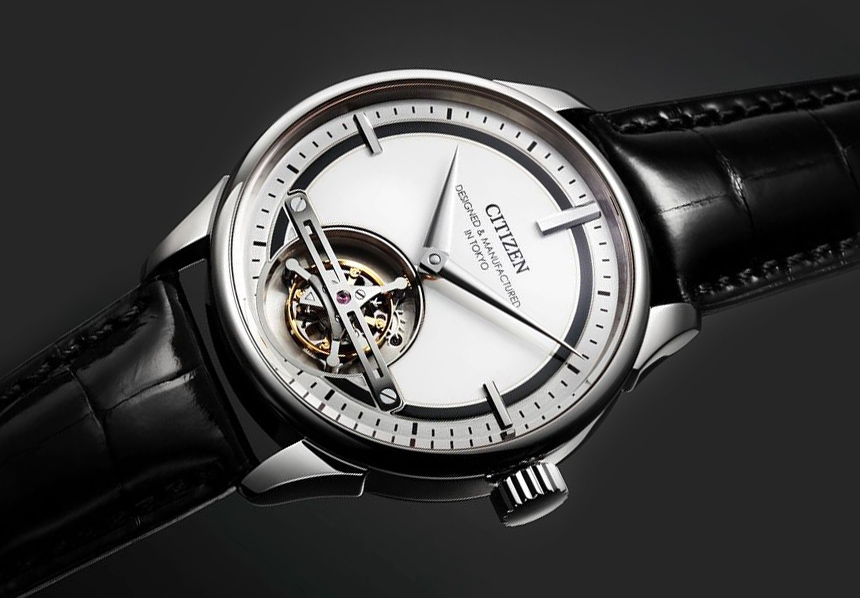 Citizen has, in the past, largely stuck to their sub-brand Campanola for their most high-end offerings. As Citizen acquired a number of Swiss brands including movement maker La Joux-Perret, we started to see things like Swiss movements in Campanola watches (hands-on here). This was all somewhat confusing from a branding perspective, but Citizen has once again pulled the rug out from under us just as we thought we were getting to know them. As the white cloisonne dial proudly indicates (in English, naturally) below the Citizen logo, the Citizen Tourbillon Y01 watch is “designed & manufactured in Tokyo.”

The traditional-looking case of the Citizen Tourbillon Y01 is 42mm wide and 12.2mm thick in polished 18k white gold with sapphire crystals front and back. The screws are titanium and the tourbillon carriage uses a titanium alloy for lightness. At 6 o’clock on the dial, the rather large aperture displays a tourbillon that might remind some of another Japanese tourbillon, that from independent watchmaker Hajime Asaoka that we wrote about here. The vertical striping of the movement along with the tourbillon’s presentation do look similar, but we have no confirmation he was involved in the development. The movement is called the Caliber M001-Y01, and it operates at 3Hz (21,600vph), boasts 100 hours of power reserve, and contains 19 jewels. We are told that each component is polished individually and important parts have been polished using techniques meant to strengthen them. Even the plates concealed by the dial are decorated with perlage. 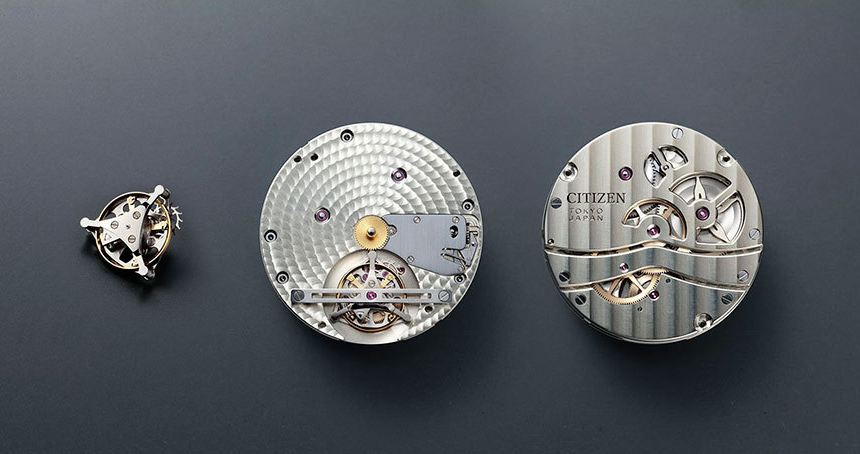 Citizen has given some typically esoteric explanations of the design inspiration. The design of the black and white monotone dial, along with other elements of the watch, is supposed to reflect some Japanese values and aesthetics – which I think I can see, but won’t attempt to dissect too much. And while the caseback’s vertical Geneva stripes may look lovely, you might not guess that they are intended to represent “wet trees in the rainy season.” The movement does look very good from what we can see, and I would say the most “Japanese-looking” part is the maple leaf (or maybe ninja star, depending on your point of view) shape formed by one of the visible wheels. We’ll withhold judgment about its quality of finishing until seeing it in person – or at least better pictures.

Arguably, no one was asking when Citizen would finally make a tourbillon. Though Citizen’s “Better Starts Now” campaign is one of our favorite modern watch advertising campaigns, the large group sometimes lacks a coherent personality that consumers can easily understand. Different collections, technologies, and price levels make it seem as if Citizen is trying to be everything to everyone, all at once – a strategy (or lack thereof) shared by other Japanese watch makers. It’s not as if the world needed more expensive tourbillon watches either, but it is at least interesting to see Citizen making and proudly putting their name on such a halo product. 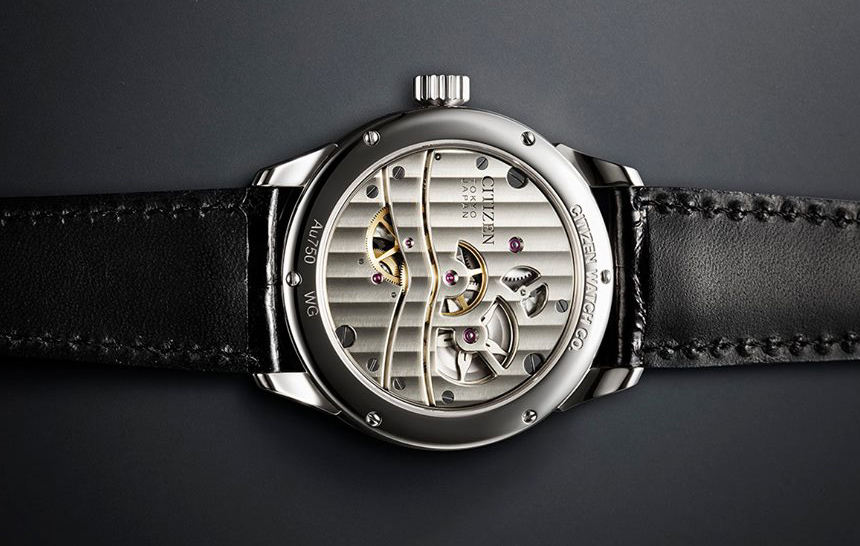