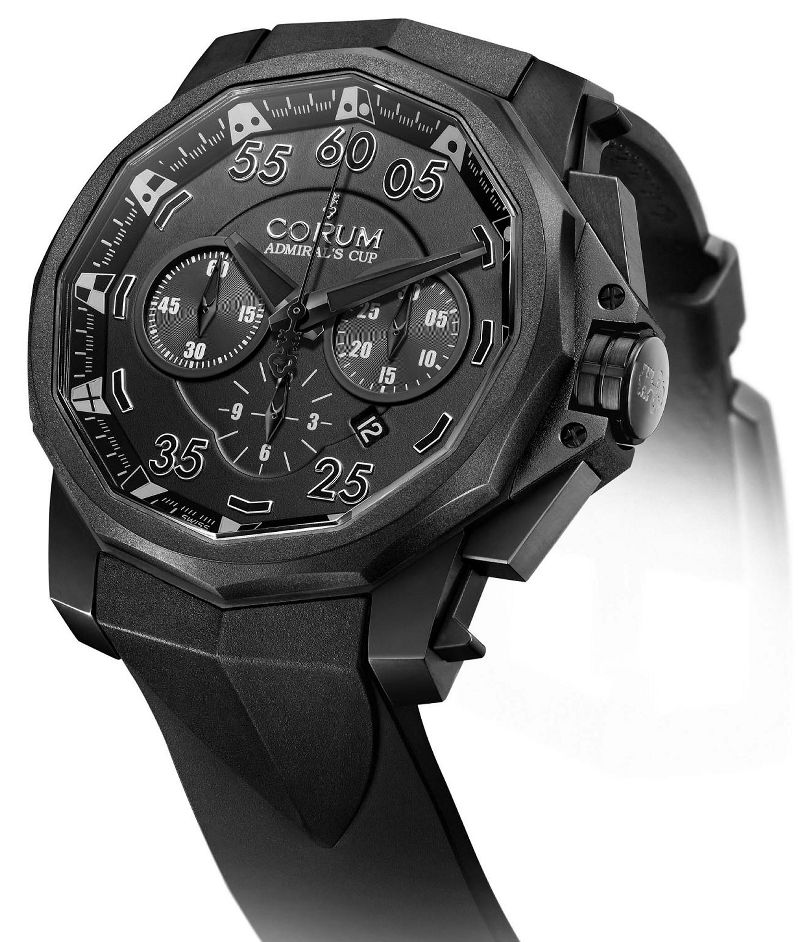 I’ve always been a fan of the Corum Admiral’s Cup lines of watch, the more modern versions that is. The watch is meant to celebrate the Admiral’s Cup yacht race, that you’ve only heard about if you are known in some circles as “admiral,” or are currently wearing deck shoes. The trademark of the watches are the flags that have been used as hour indicators. Oh, and the chronograph seconds hand that was apparently fashioned from a cocktail drink stirrer. Which of course goes with boating.

What is really great about the Admiral’s Cup watches is the angular cases, large size, and large hands. It is a fine looking watch with nice components. Functions have varied widely from tide graphs to calendars, small seconds, and of course a chronograph. Not sure if they have a regatta timer though, they should.

Banking on the success of the design, Corum keeps releasing variations, the most recent of which are pretty large. The Blag Flag and Black Hull share the 48mm wide case that does serious justice to the boldness of the watch. Each also has a combination of case materials including titanium and rubber; making the case light and durable. The strap is of course also rubber. 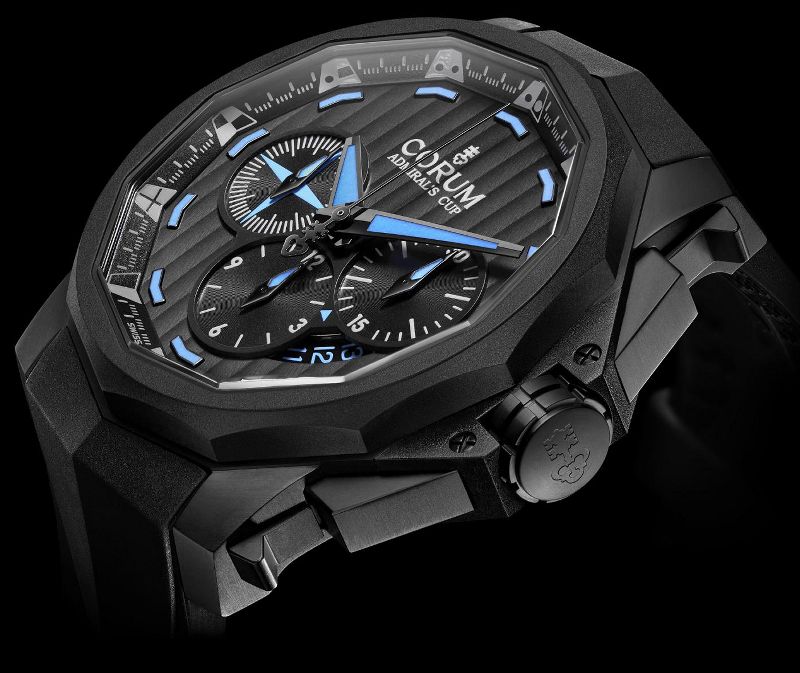 Both models features the Corum caliber CO753 automatic movement which has been certified as a chronometer. The watches have a 300m water resistance, and all the high quality construction and finish you can expect from Corum.

The Black Flag and Black Hull models are very similar with only differences in the dial. The Black Hull is all black, while the Black Flag as blue lume on the hands and numerals. Both watches tastefully undertone the flags in black, which are slowly becoming a vestigial element of the Admiral’s Cup line that seems to slowly lose significance. Here the flags are neatly placed along the chapter ring (or um, twelve-agon) around the dial in dark tones. You’ll notice that the hands (main and especially subdial) as taken from the look of classic compasses.

The dial differences are there, mostly different textures and subdials designs. One has a more exposed date window. They are both equally nice, but neither is exactly legendary in its innovation. Just all around handsome looking sporty watches fit for a pirate or whatever it is you wish to do while you are at sea (or on land). My choice however is the Black Flag, probably because the blue is pleasant, and I like how the subsidiary seconds dial is really meant to look like a compass thematically. Interestingly enough the Admiral’s Cup Black Flag is a 100 piece limited edition, only for America. That is a new one.