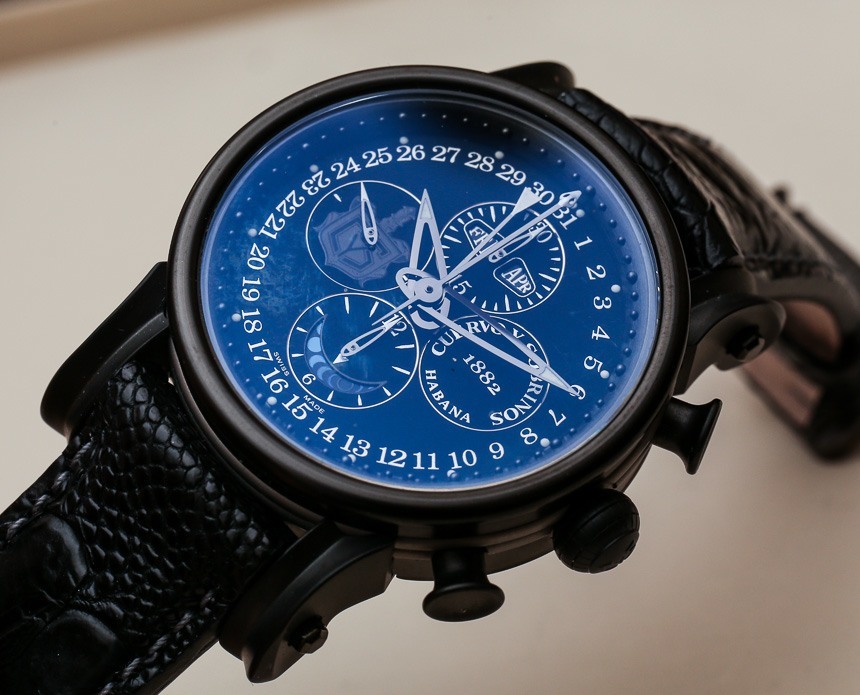 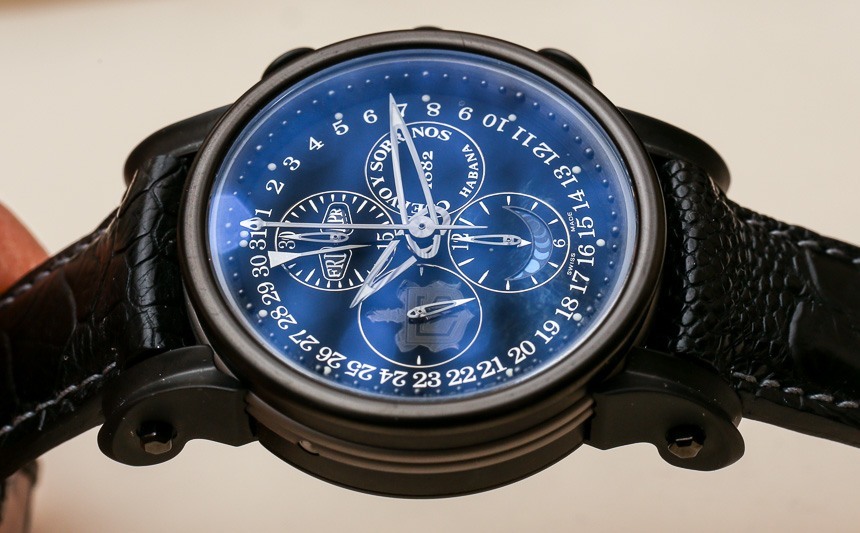 Cuban turned European watch brand Cuervo y Sobrinos has an interesting history. The original company was based in Havana and then shut down for many years until it was revived to be Swiss made but with “a Latin soul.” To a large degree, that is still true in their interesting designs that are heavily inspired by the original pieces from the brand.

My favorite watches from Cuervo y Sobrinos are in their Torpedo Pirata collection, which I first covered here back in 2009. The pirate-style watches are inspired by Cuba and cigars, but for me, these are pirate watches. This is one of the less common Cuervo y Sobrinos Torpedo Pirata watches because it is DLC coated in black. The watches are normally made from bronze and titanium, which is the case here, but you can’t really tell because it is coated in DLC black. 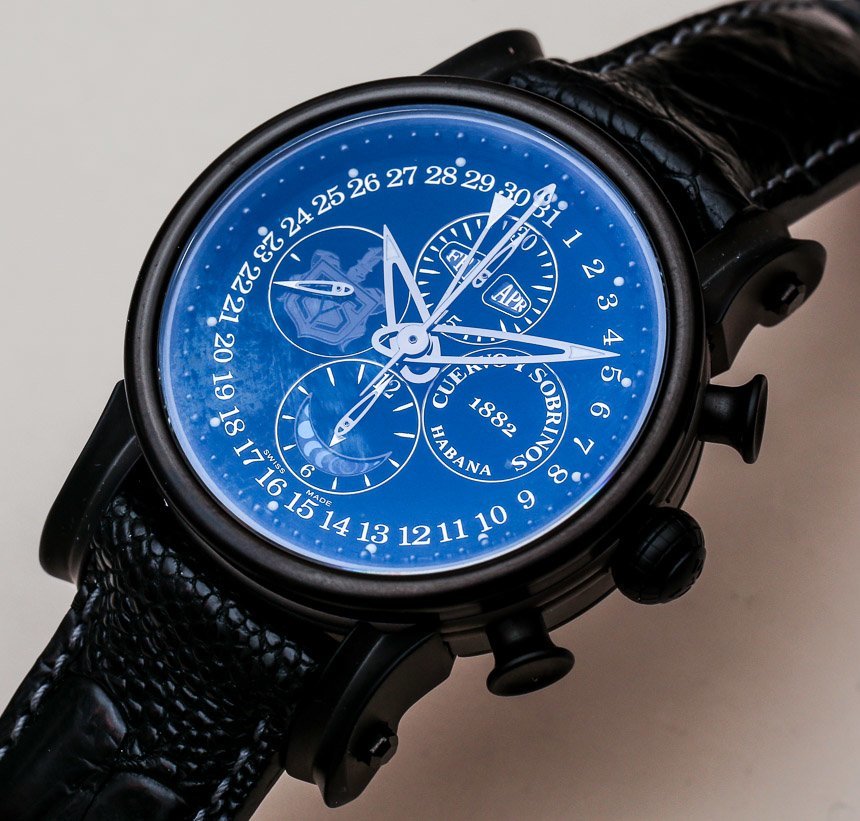 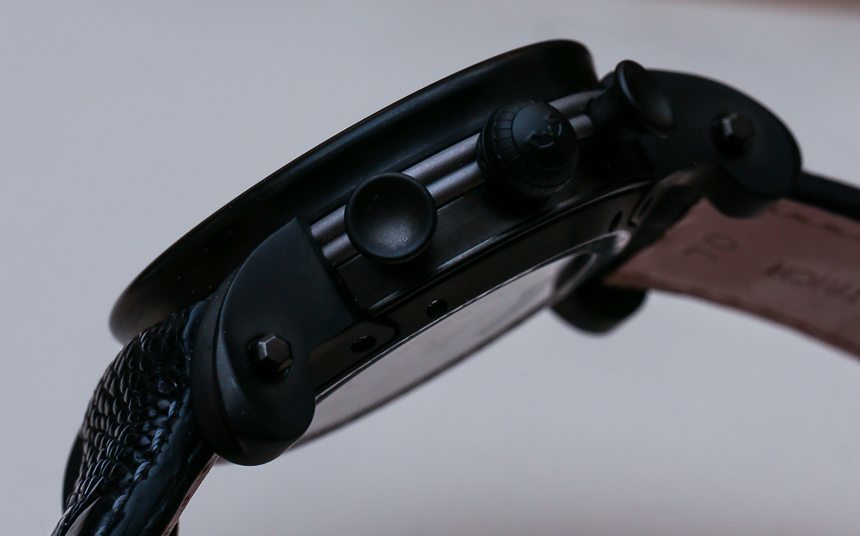 This particular model is the ref. 3051.5BB Cuervo y Sobrinos Torpedo Pirata Chrono Bronze with DLC Black. It is sometimes called the Torpedo Pirata Black Beard as well. The flamboyant nature of the brand is well-highlighted here, but is also subdued thanks to the all matte black color. It makes for an interesting sporty look, with a nicely legible dial filled with features.

Inside the Torpedo Pirata Chrono collection of watches are several different movement options, and inside the 3051 is a Swiss ETA Valjoux 7751 automatic. This is the 7750 with some added features that include an annual calendar and moonphase indicator. Cuervo y Sobrinos played around with the layout a bit and actually removed the day/night indicator hand. They also revised the display of the moonphase indicator, which is done nicely. 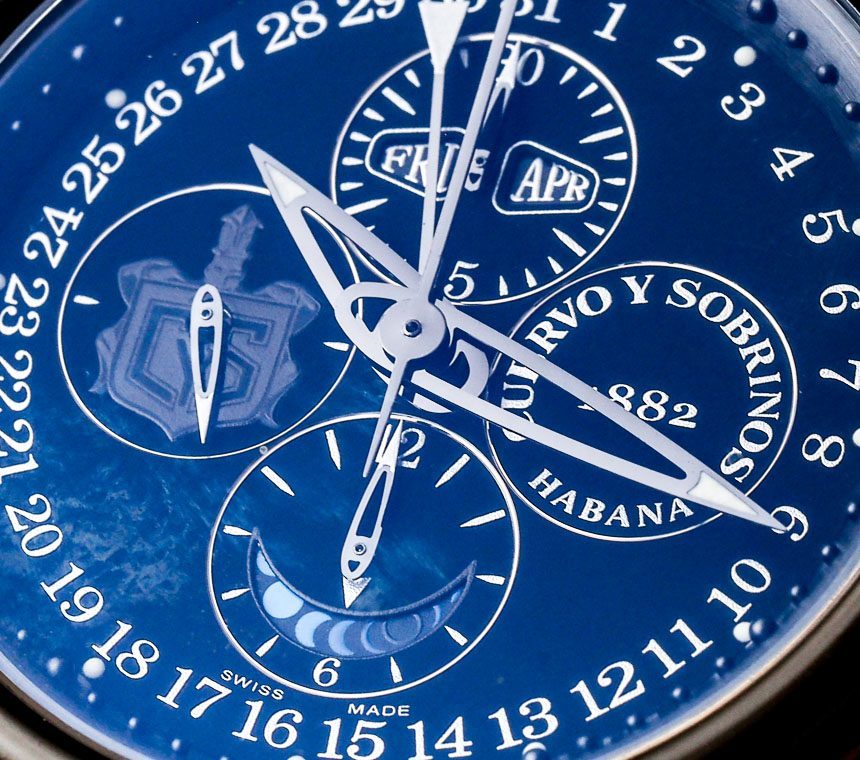 I’ve often mentioned that the 7751, while being a cool movement, is one that is very difficult to design around. Cuervo y Sobrinos got around the “left-weighted” nature of the layout by including a circular window around its logo on the right of the dial next to 3 o’clock. This allows the face of the watch to look more balanced as it has four symmetrical circles on it. The 7751 is also known for having a periphery-style date display that uses a long hand with a scale around the edge of the dial. Rather than play this element down, Cuervo y Sobrinos actually emphasized it with a full ring of stylized Arabic numerals for the dates.

Perhaps my favorite design elements on the dial, besides the font used for the text, are the day of the week and month indicator windows. They are each tapered, as opposed to the traditional square window designs you typically see. You really get the impression that the designer had fun with the design of this dial. Overall, I feel that the design of this Cuervo Y Sobrinos Torpedo Pirata Chrono cleverly makes use of the arguably strange 7751 layout in a way that not only works, but looks cool. 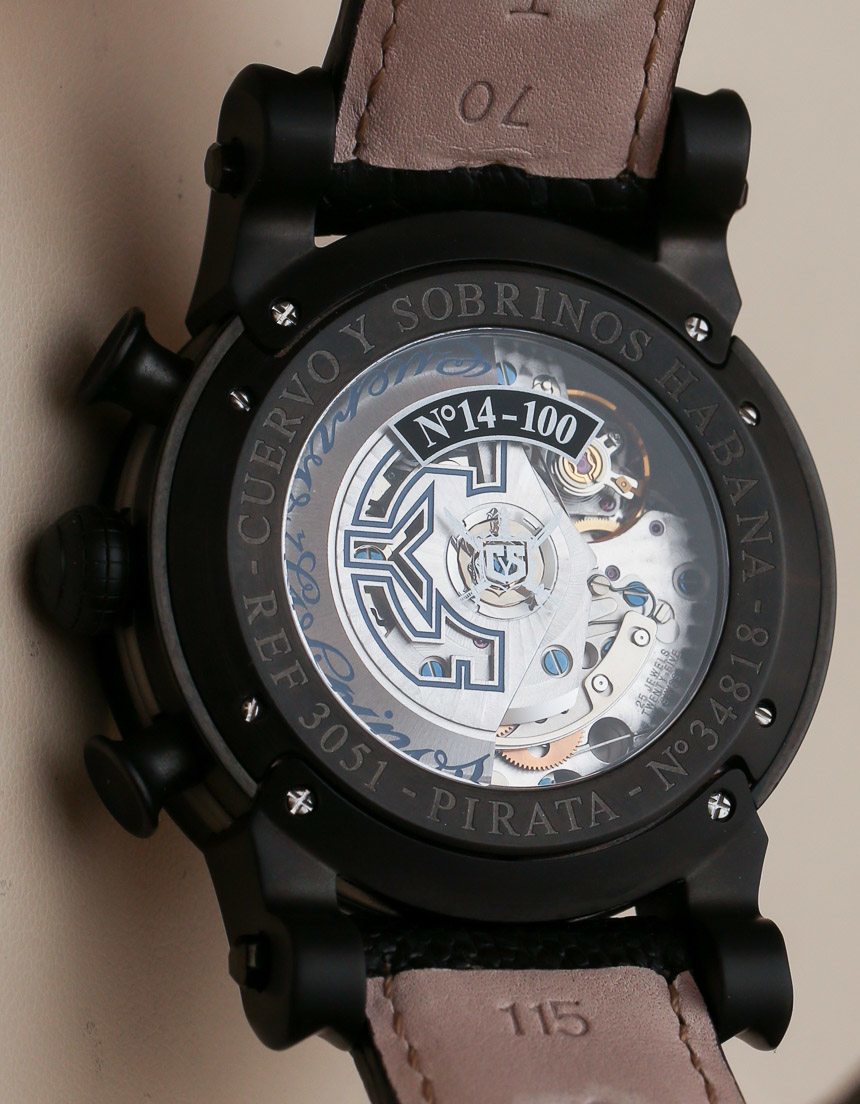