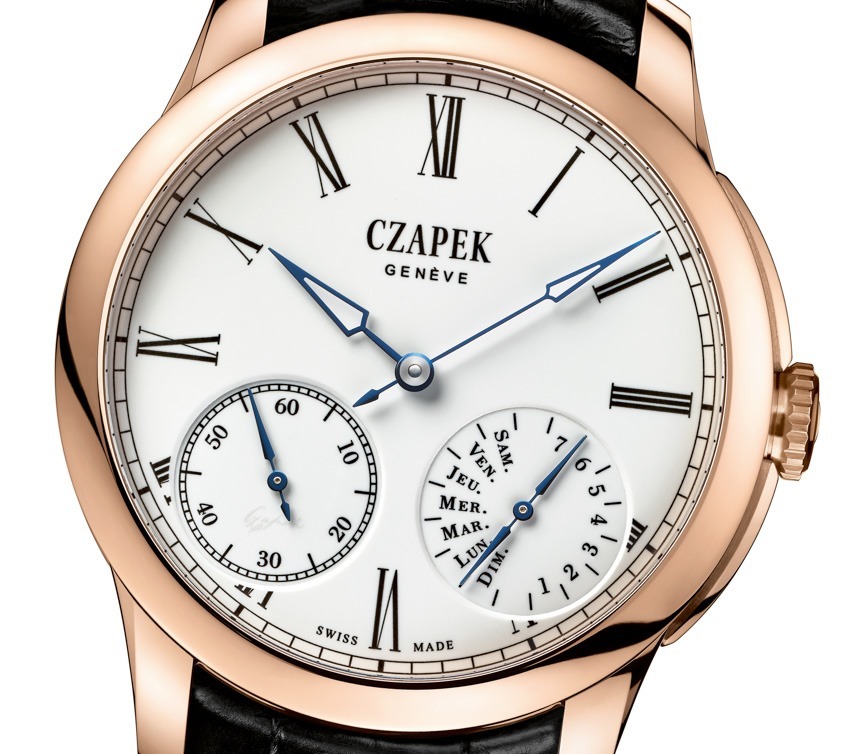 The names of Antoni Patek and Adrien Philippe are two of the most famous monikers in the horological world. Less known, although perhaps no less significant in the context of Patek Philippe’s genesis, is the name of François Czapek. A storied watchmaker whose legacy had all but faded from history, François Czapek is about to experience a renaissance with the release of the Czapek & Cie Quai des Bergues watch. But in an already crowded landscape, why does the reemergence of this historical brand mean anything to the industry? Maybe because without François Czapek, Patek Philippe may never have become the heavy-hitter it is today. 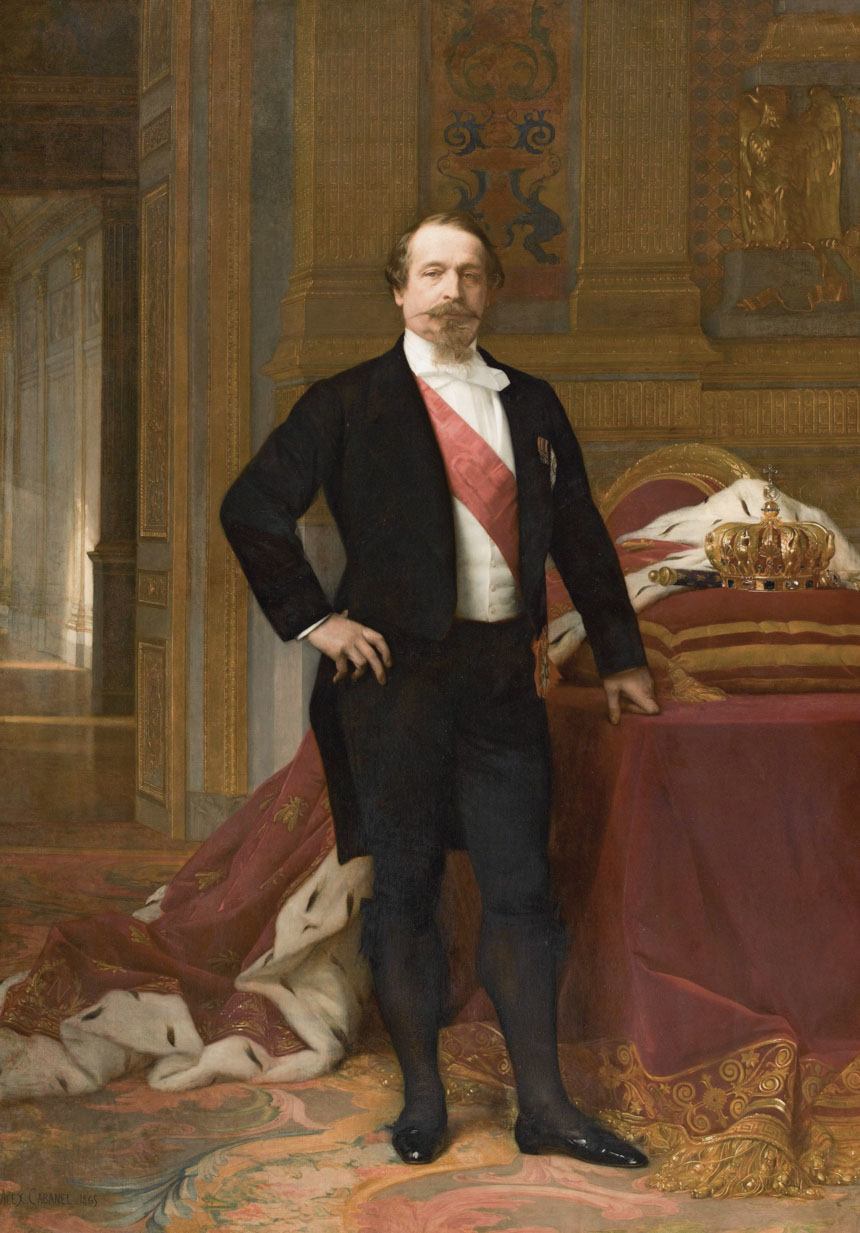 Born in 1811 in Bohemia, François Czapek (born Franciszek Czapek) was a master watchmaker whose six-year partnership with Antoni Patek between the years 1839-1845 produced some incredibly fine watches that are now featured in the collections of some of the world’s most serious watch aficionados. Operating under the name Patek & Czapek Co. (some sources list the company name as Patek, Czapek & Cie). Czapek took the role of head watchmaker, while Patek dealt with the sales. Their company produced around 200 watches a year. Following the dissolution of their partnership, Antoni Patek founded Patek & Co. (1845-1851) before eventually establishing Patek Philippe in 1851. 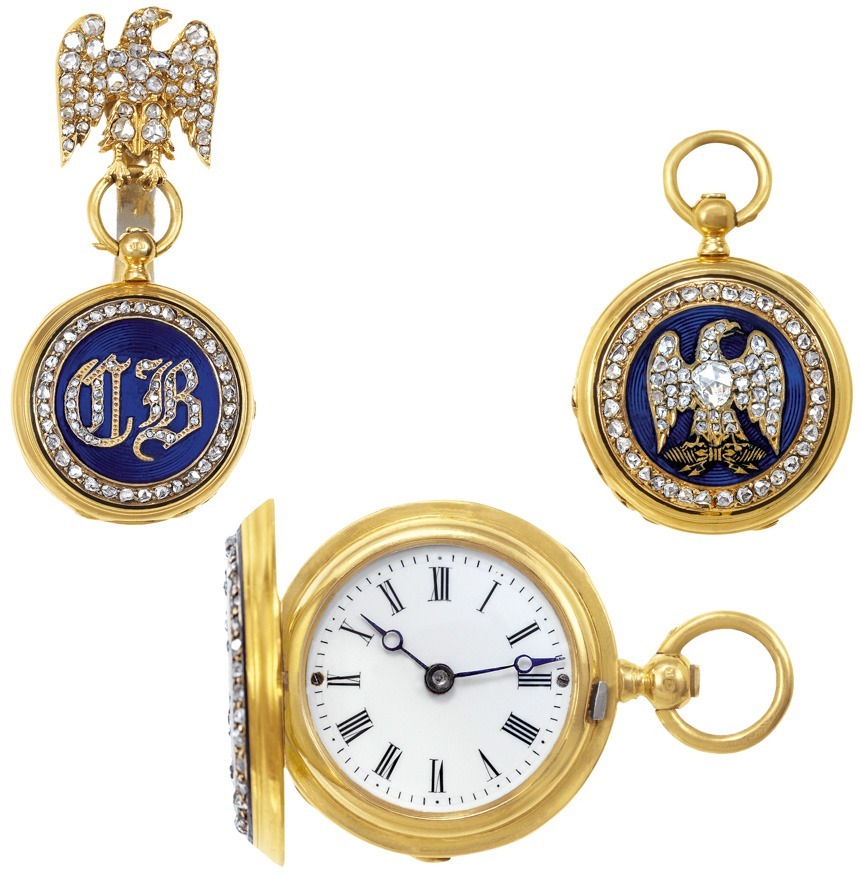 Czapek’s career was not over, however. Immediately after splitting from Patek, he founded Czapek & Cie with Juliusz Gruzewski, a confident of Napoleon III. Although the absence of his name today might suggest his company floundered and failed, it did exactly the opposite. He established himself as watchmaker to the court of Napoleon and his popularity and fame grew. He established an atelier in Geneva, owned one shop in Paris, and another in Warsaw. 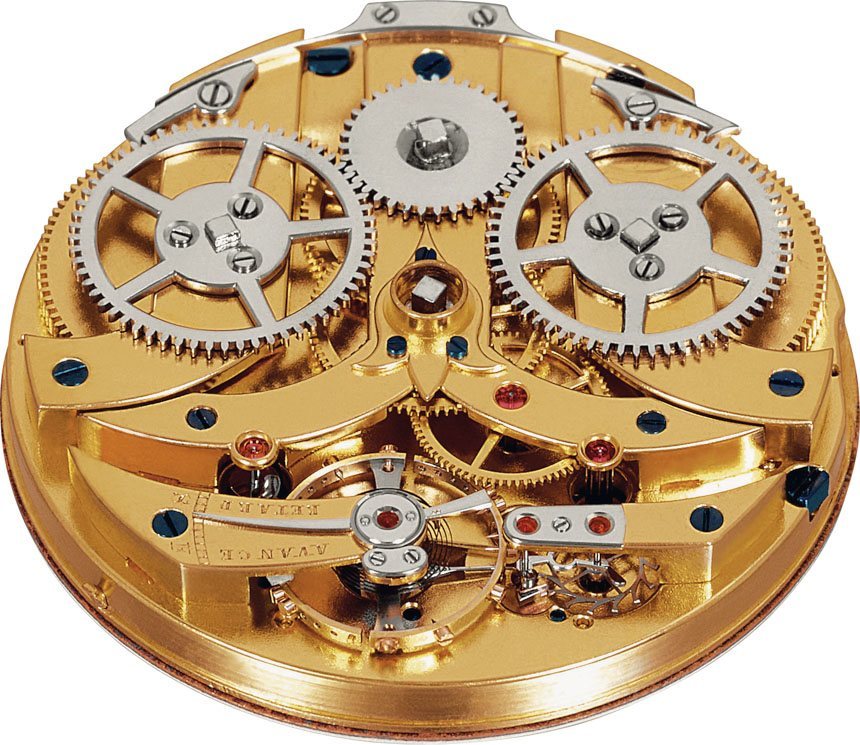 And then mystery intervened. In 1869, the company changed hands. There is no documented reason as to why, but it is speculated that it had something to do with Czapek’s illness or death, the date of which remains unknown. Despite this, business clearly continued for some time after Czapek’s unexplained disappearance. We know this thanks to a surviving pocket watch dated 1876 and signed A. Chaillet, the new proprietor of the brand. In the years that followed, Napoleon’s deposition, deportation, and subsequent death led to the permanent transfer of Czapek’s business to Chaillet. It wasn’t until the name was revived in 2011 and moved to Neuchatel in Switzerland that the name of François Czapek emerged once more.

And now, we welcome the birth of a new/old brand! This iteration of Czapek’s creations is obviously worlds apart from the kind of thing he was producing more than 170 years ago, but it is interesting to see how this modern interpretation of his company’s principles stacks-up against its own distant past and the merits of its direct competitors today. 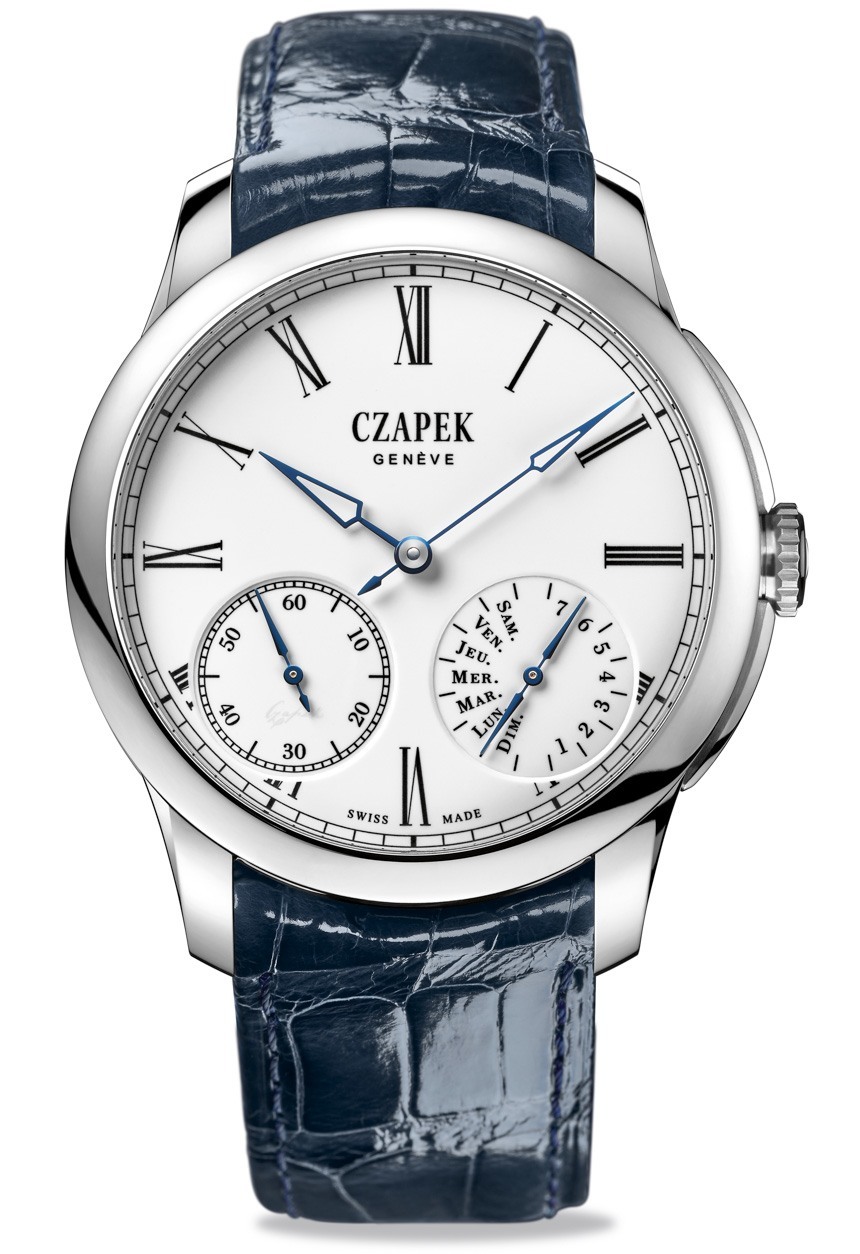 The Czapek & Cie Quai des Bergues range is named after the street on which Czapek had his workshop. This revival project has been funded by private investment, secured by the company’s three directors. In order to raise enough capital to do their labour of love justice, they created a preceding, small-run chronograph utilising an historic calibre from the seventies. The C73 is a manual wind chronograph that powered the Czapek Design Study Chronograph, which was sold to a small circle of friends. Using these funds, the directors explored crowd funding as a further resource to propel the project towards fruition. 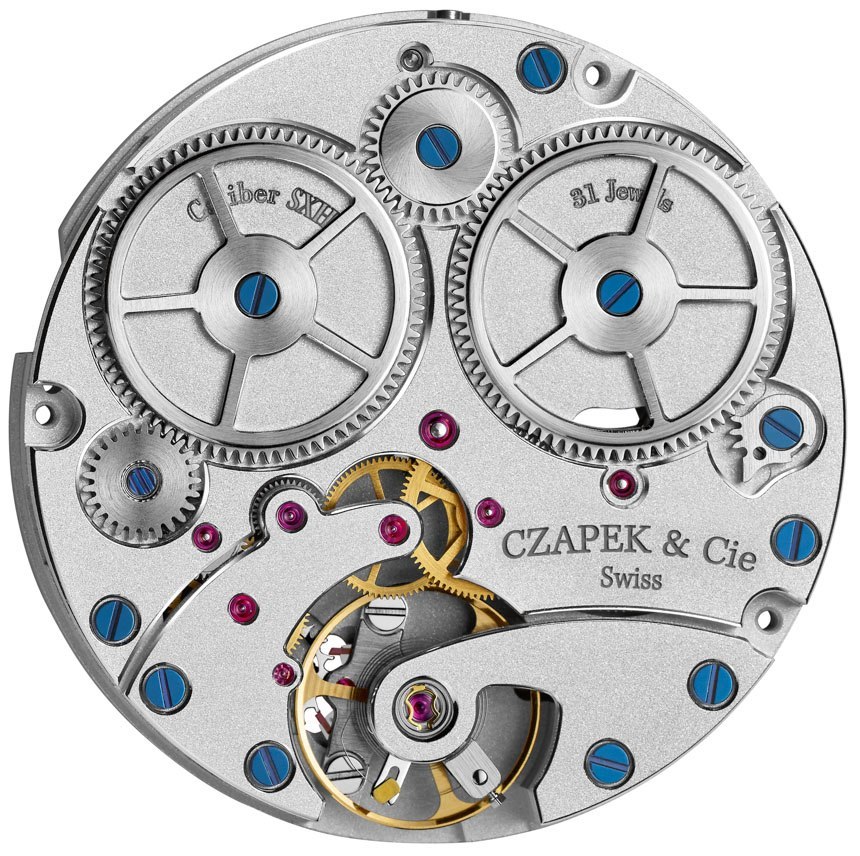 This extra capital enabled the brand to fit the Czapek & Cie Quai des Bergues watch with a proprietary movement called the SXH1. The SXH1 calibre is aesthetically faithful to the pocket watch movements used in 1850, but with all the benefits of modern engineering practices. The manually-wound calibre has 29 jewels, an operating speed of 21,600vph, and an excellent power reserve of 168 hours (or seven days, for those of us who can’t be bothered working that out). 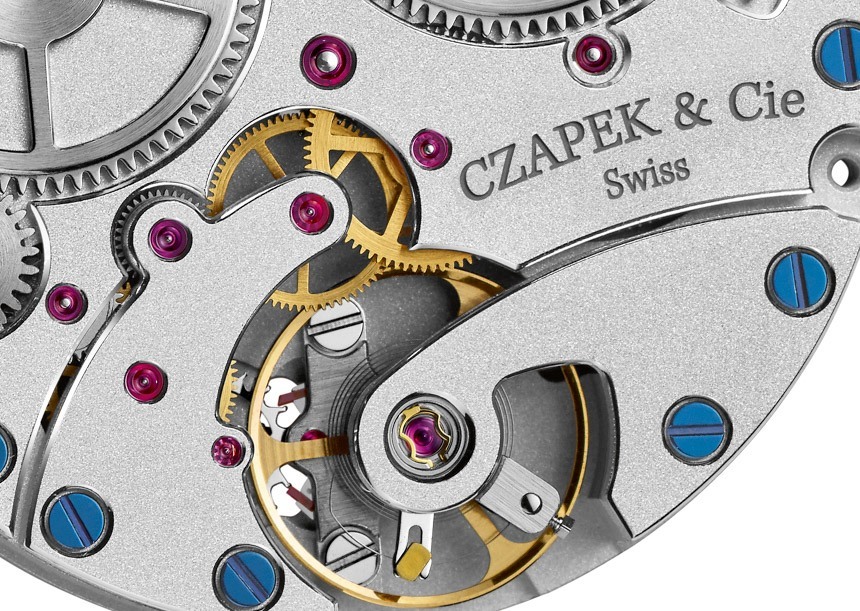 The twin ratchet wheels are beautifully spoked with a snailed finish that is more noticeable on the intermediate winding wheel and crown wheel. This light-catching effect is a great contrast to the traditionally frosted bridges with polished bevelled edges, and an abundance of flat-headed, blued screws makes for a visual feast.