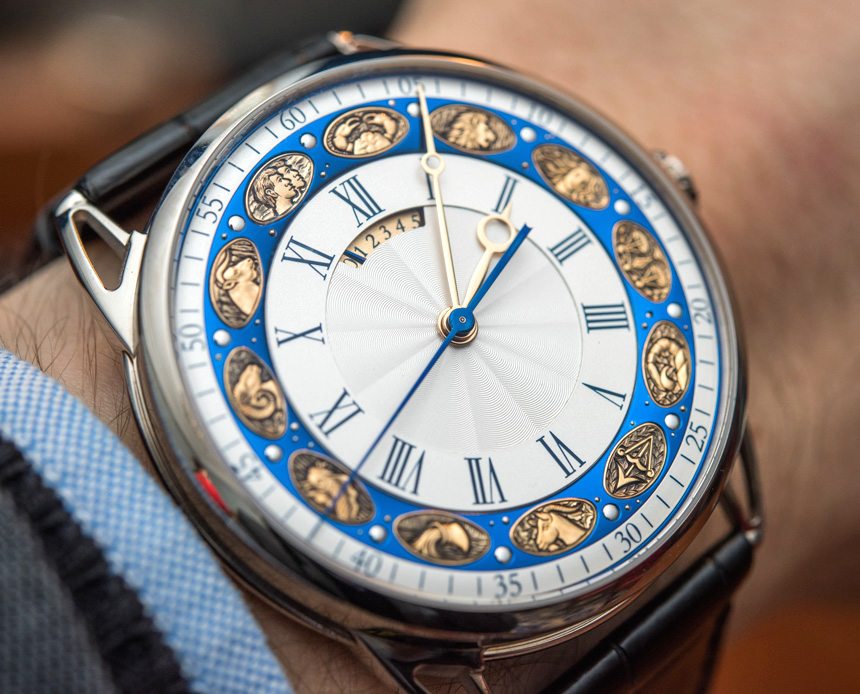 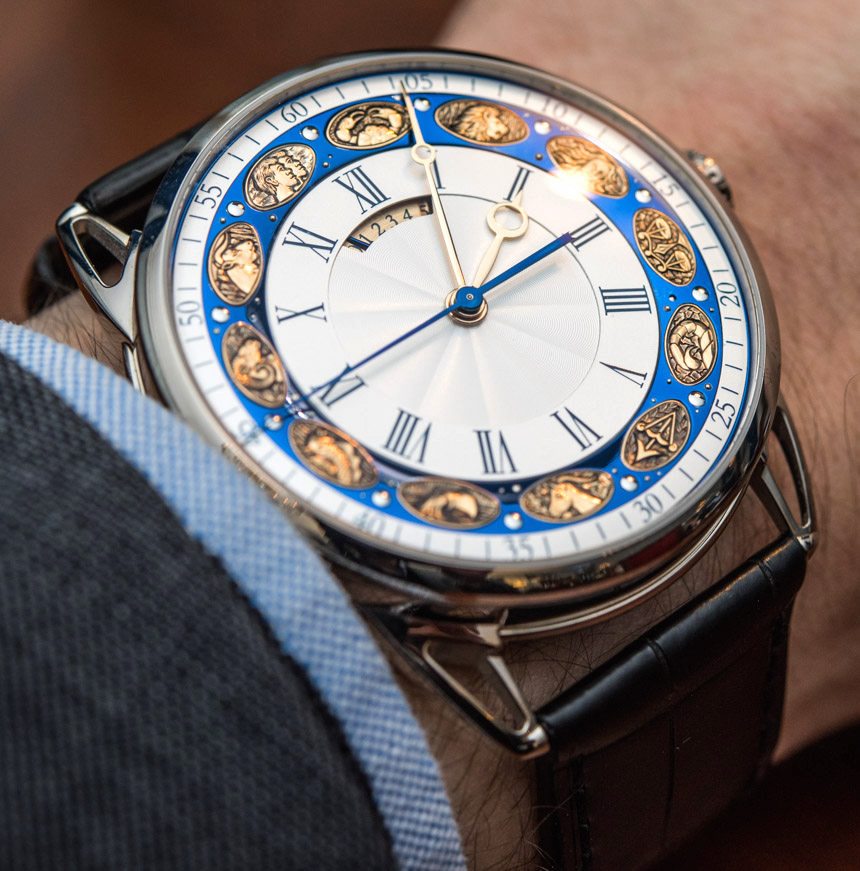 Mention De Bethune and you are probably thinking of something that is out of this world and futuristic looking. However, the De Bethune DB25T Zodiac Tourbillon is nothing quite like that. In fact, it looks pretty ordinary. It has a relatively conventional looking dial with no fancy Star Trek-like tourbillon bridges and its case doesn’t even have the floating lugs that some of De Bethune’s other watches are known for. So what is it about the DB25T Zodiac Tourbillon that makes it special and worthy of deeper mention? Well, the ovals surrounding the dial with the signs of the Zodiac (and the name of the watch) give that away. Let’s take a look at this De Bethune that strays from the brand DNA on the dial, but retains that identity somewhat funnily enough on the case back. 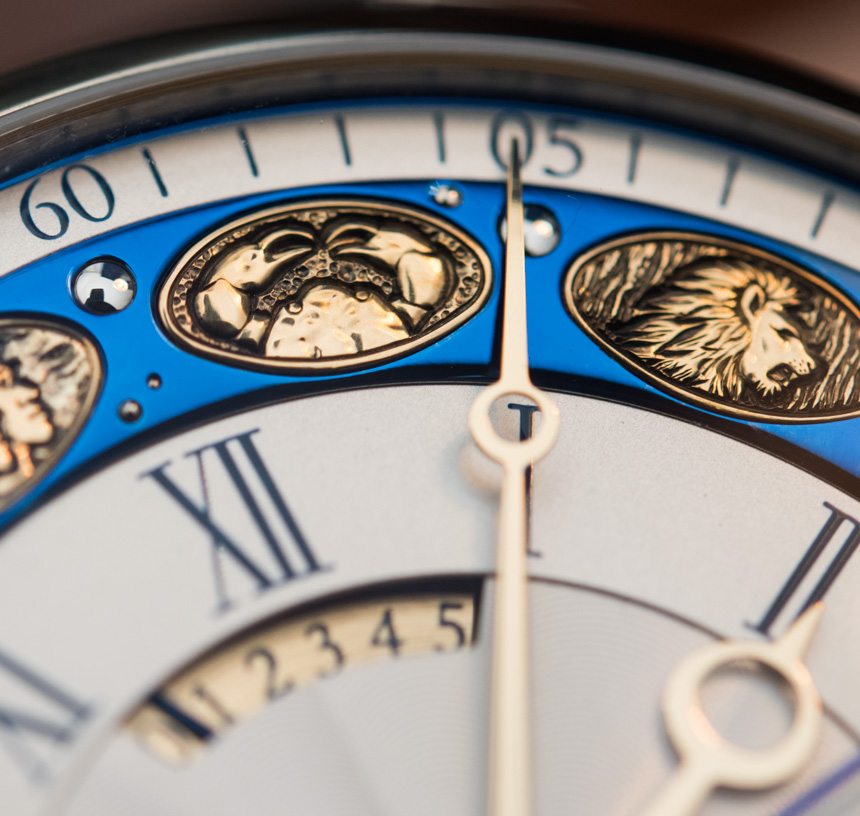 But before we begin, a little clarification is probably necessary about the DB25 collection. When I mention De Bethune, most people are probably thinking of something that looks otherworldly, and for good reason. Because De Bethune’s DB28 collection watches are arguably the ones that are most definitive of the brand. This includes watches like the epic DB28T Tourbillon “Kind of Blue” and the DB28 Digitale. 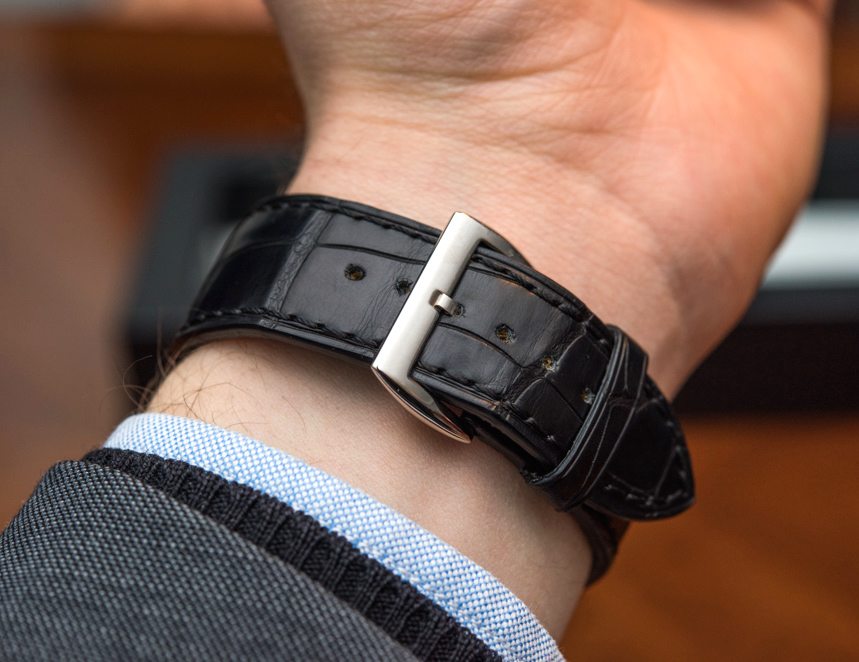 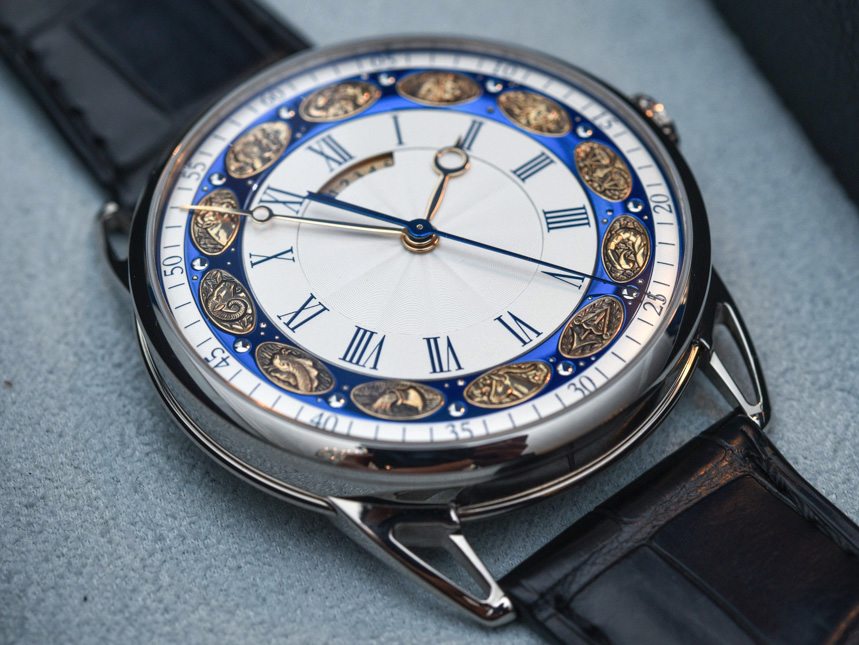 So what is the DB25 collection? The easiest way to put it would be that these are De Bethune’s take on more classic watches. As a result, they look less wacky and more conventional. The DB25 World Traveller, which is the brand’s take on a classic world timer watch, is a good example of what one can expect from a DB25 collection watch. 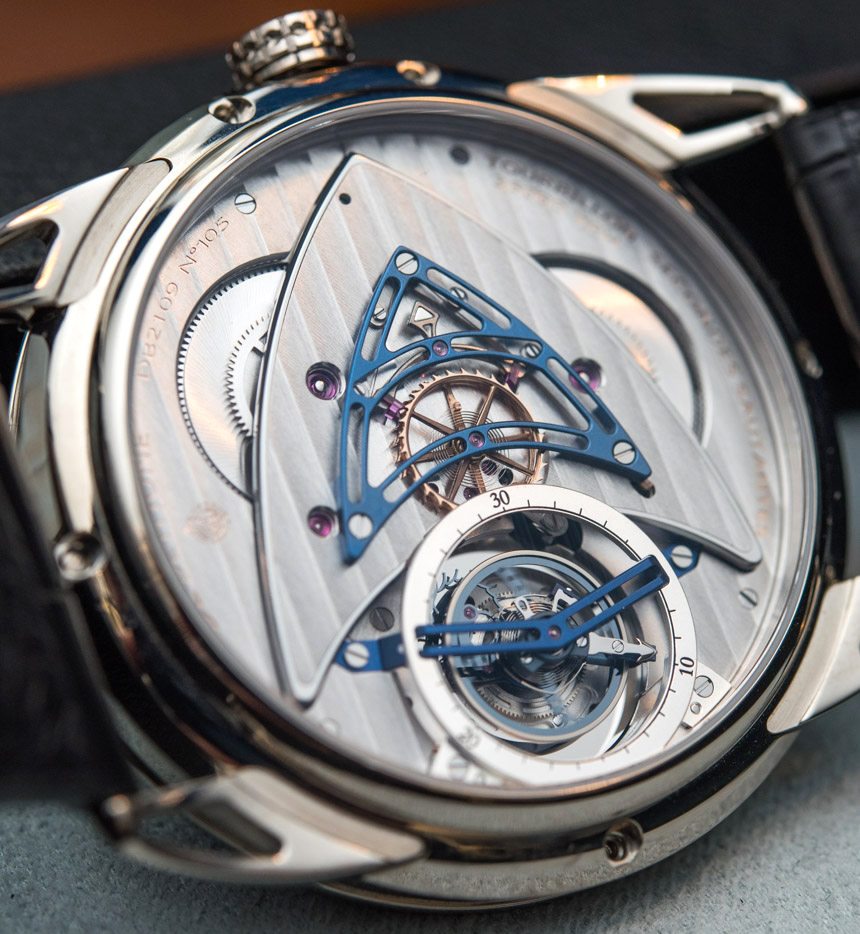 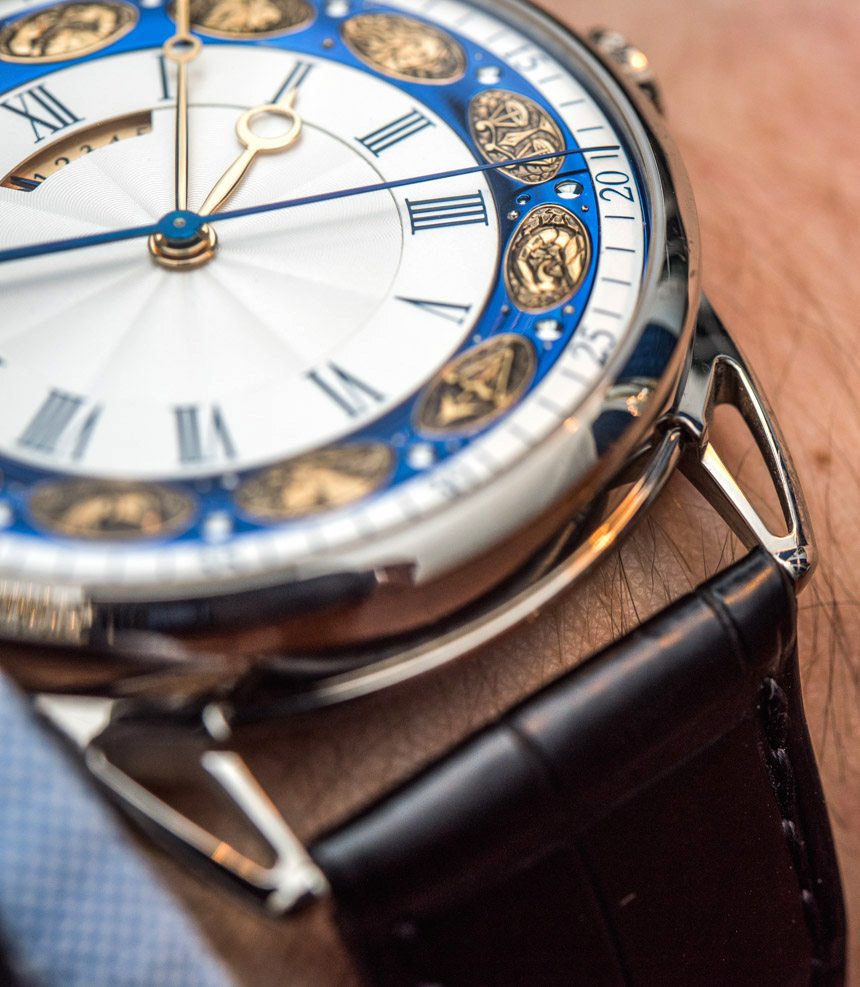 The DB25T Zodiac Tourbillon is based on the DB25T from 2012, with prominent changes around the dial. The case is made out of white gold and is 44mm and a smidgen over 10mm thick. It features De Bethune’s distinctive drum shape and hollowed lugs, but these lugs are fixed – they don’t move to conform to the shape of your wrist. Because the case is quite wide and the lugs are substantial, the watch wears pretty large on the wrist. 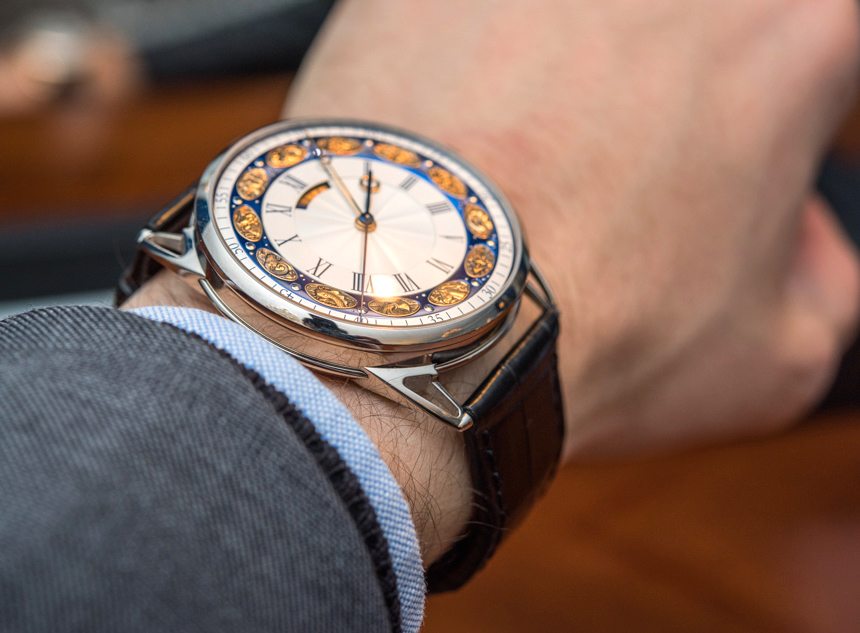 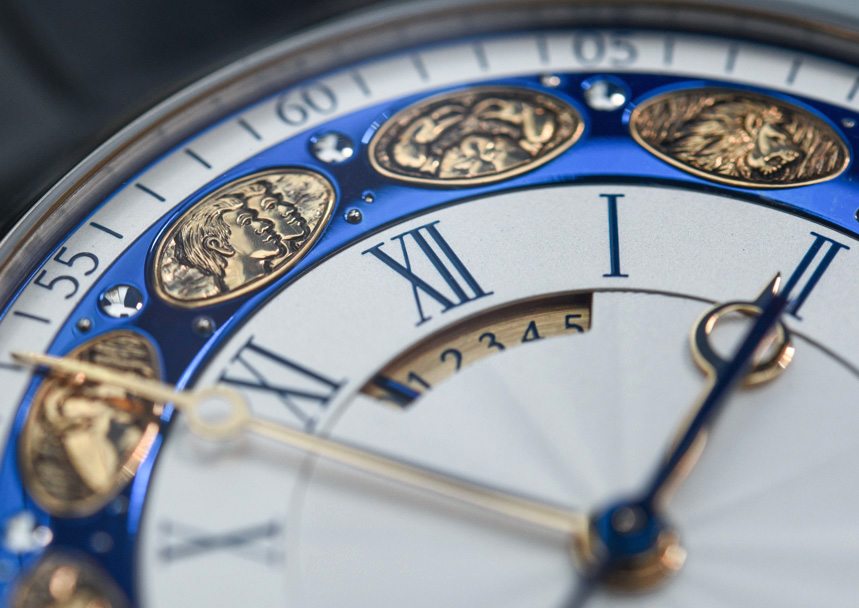 The dial is quite magical. On the dial are the 12 signs of the zodiac, which are in fact solid gold medallions hand-engraved by artist Michèle Rothen. A highly experienced engraver, Michèle also worked with De Bethune to create engravings for the dial of the DB25 Imperial Fountain from 2013. These gold medallions are set into a mirror-polished blued titanium ring. Apart from the gold zodiac inlays, there are also solid white gold “stars” set into the ring. These elements look exceptionally vibrant, especially when light falls on it in the right way.

The blued titanium ring and solid gold zodiac inlays might be the highlight of the dial, but there’s loads more for owners to gawk at. Outside of the blued titanium ring is a minute track and within the titanium ring is a silver-tone hour ring with the hours marked by large Roman numerals. Deeper within is a silver guilloché disc with an aperture at 12 o’clock that De Bethune calls the “movement operating indicator.” It is actually more like a power reserve. The indicator reads 0 when it is fully wound and 5 when it is out of energy, which is actually a little odd since the claimed power reserve is 4 days. 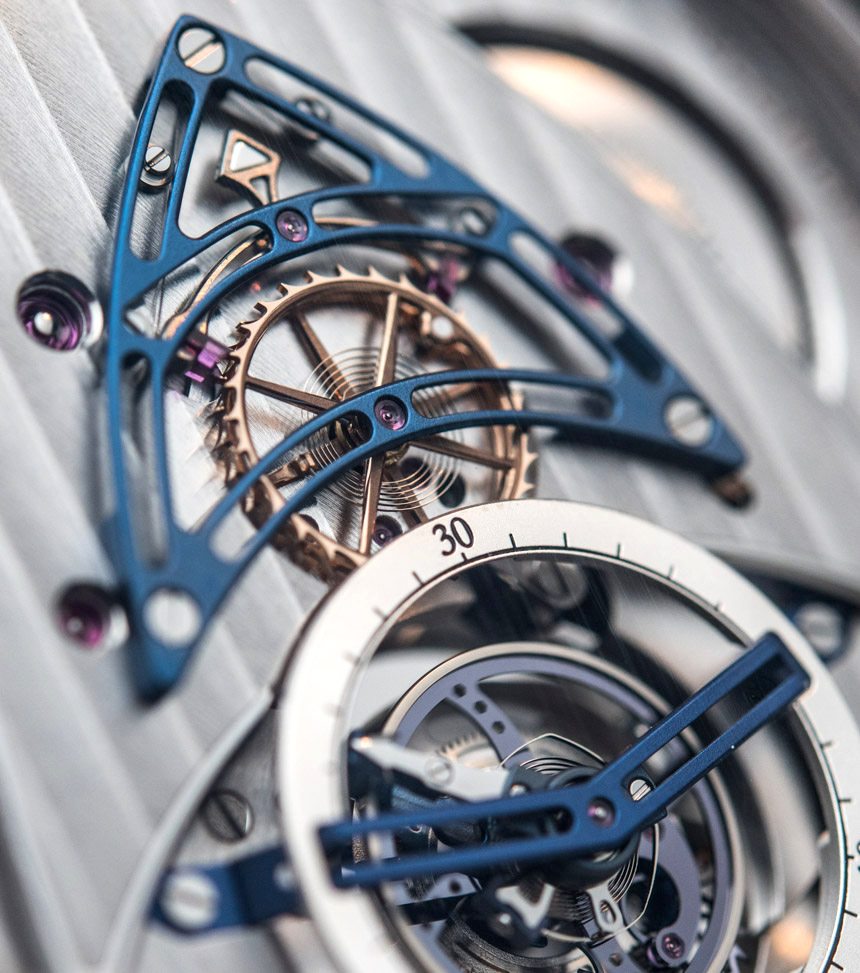 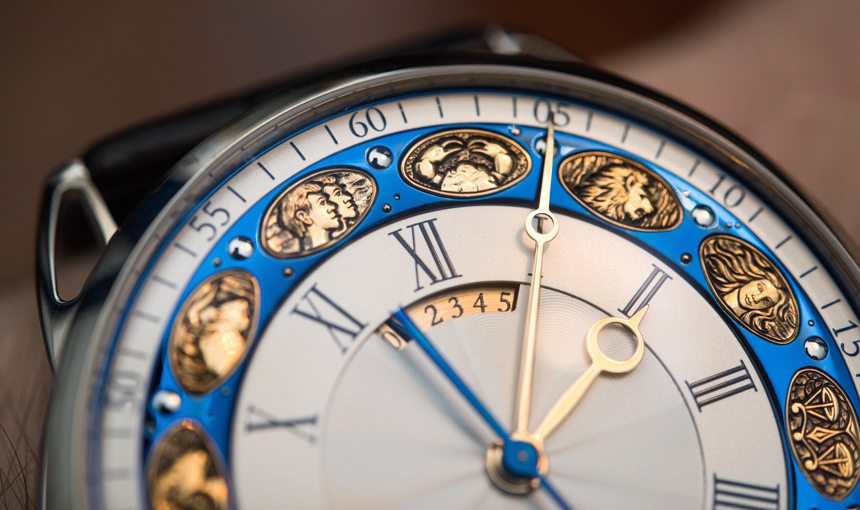 Adding to the beauty of the dial are the exquisite Breguet-style hands. The hour and minute hands are both made out of yellow gold, while the seconds hand is hand-polished blued steel. Speaking of which, the seconds hand is a jumping seconds hand. Yup, the DB25T Zodiac Tourbillon has a deadbeat movement. What’s even more impressive is that the seconds hand lands precisely on its marker every second – a sign of a well-calibrated and designed movement. 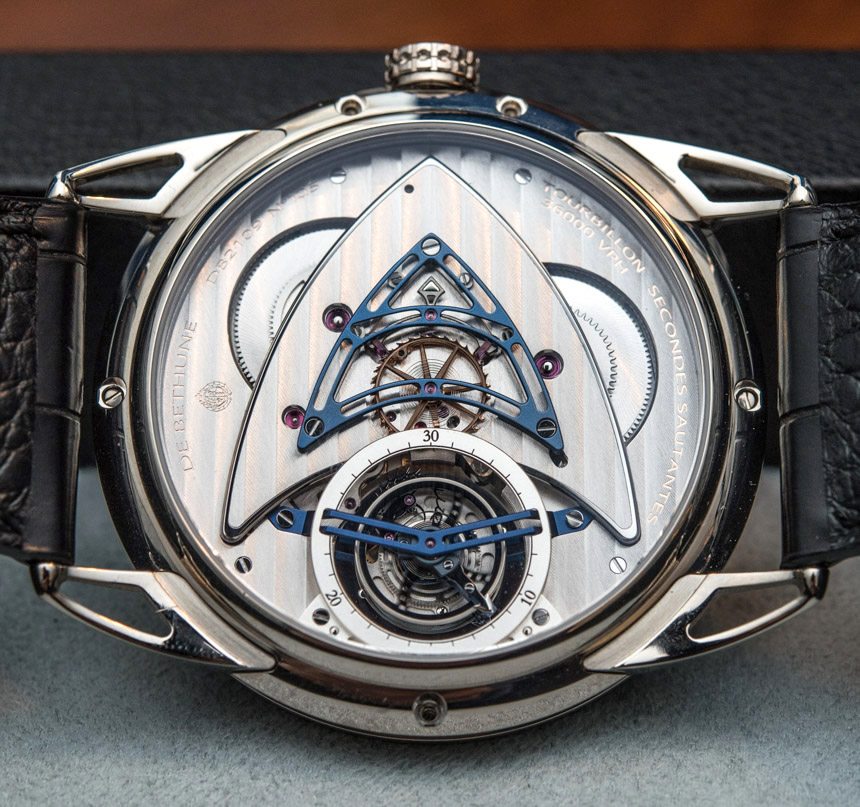 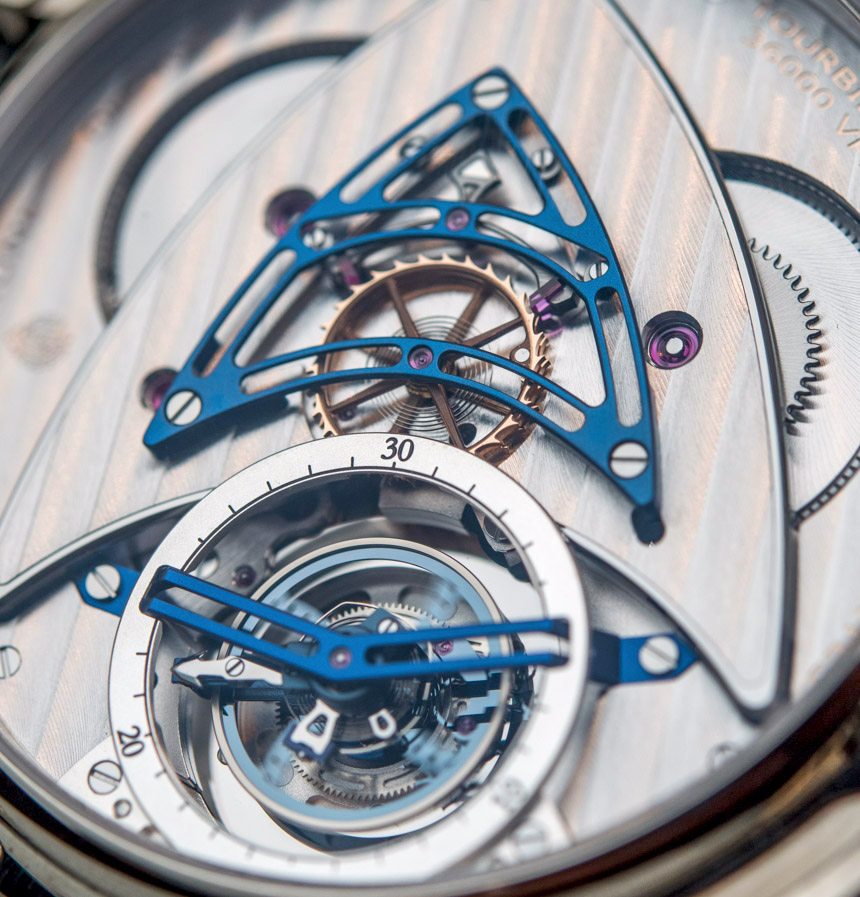 If you thought the dial was amazing, wait till you see the movement. The DB25T Zodiac Tourbillon is fitted with the incredible Calibre DB2109, which features a high-speed tourbillon and, as I mentioned earlier, central jumping or deadbeat seconds. More impressive, however, is the architecture of the movement. Through the sapphire case back, owners can admire the sci-fi spaceship-like bridge and also the high-speed tourbillon. The tourbillon beats at 5 Hz and makes a full rotation every 30 seconds. A handy 30-second indication around the tourbillon lets owners know exactly how fast it is spinning. Power reserve is 4 days or 96 hours. 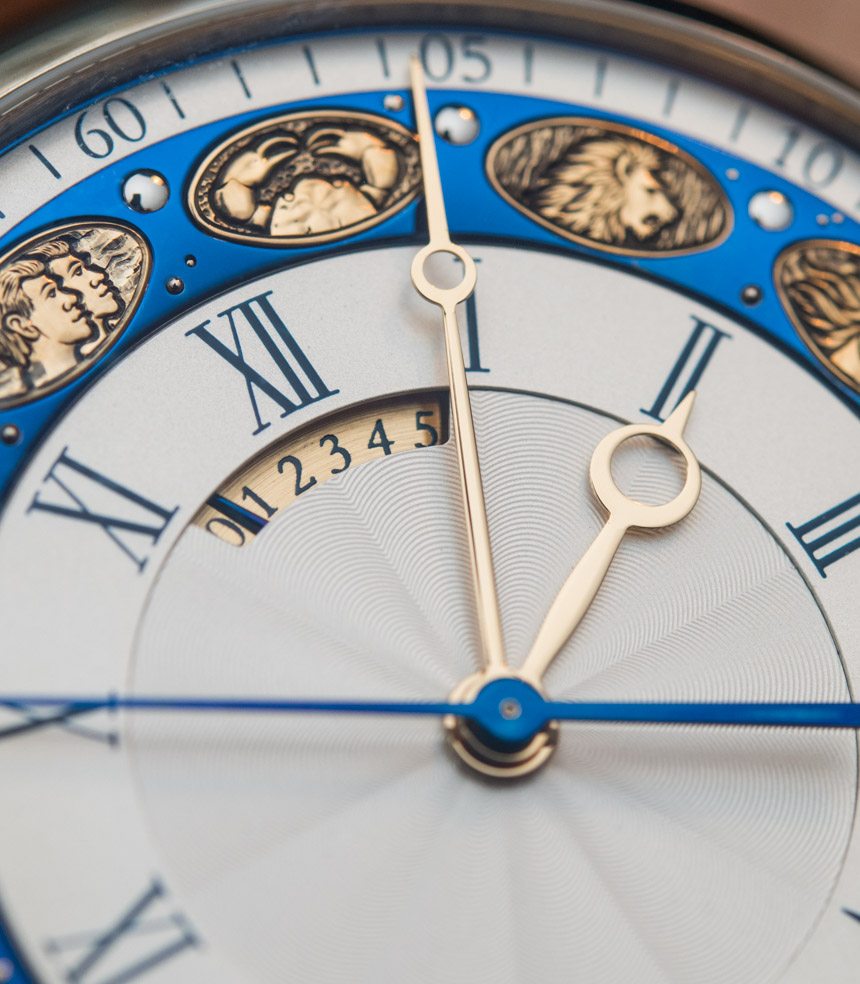 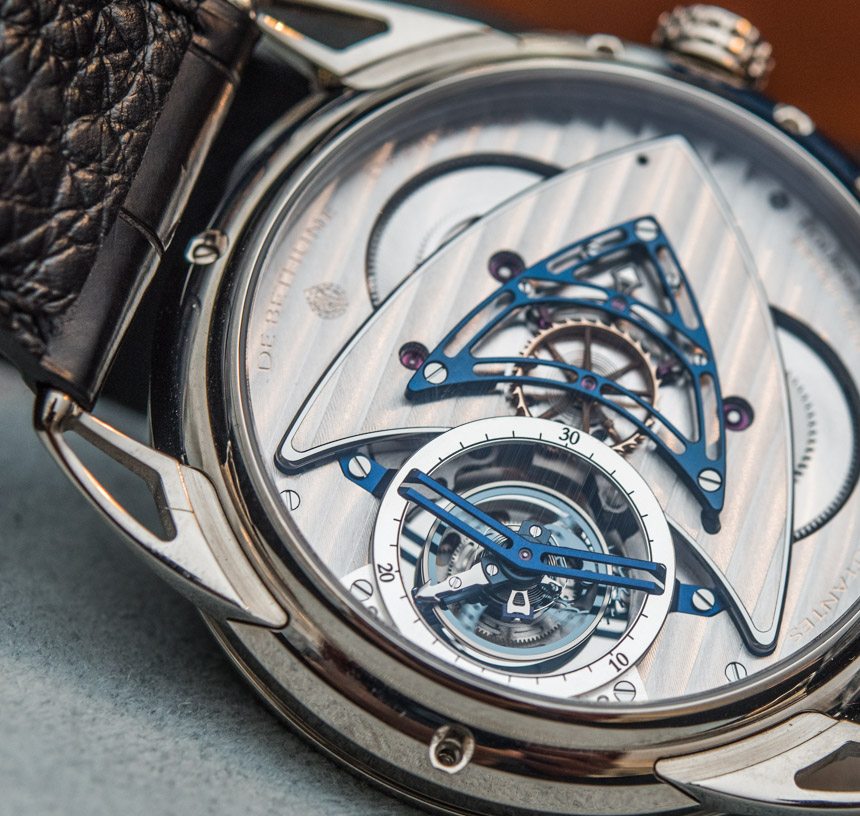 The Calibre DB2109 is also immaculately decorated, featuring nicely applied Côtes de Genève on the main bridges, hand beveled edges, and blued titanium bridges. The tourbillon is made out of a combination of silicon and titanium, which makes it light and durable. It consists of 63 parts, the lightest of which weighs less than 0.0001 grams. Perhaps more amazing is that the heaviest tourbillon component is just 0.0276 grams. This lack of weight is what allows the movement to attain a 4-day power reserve despite its fast beat rate. 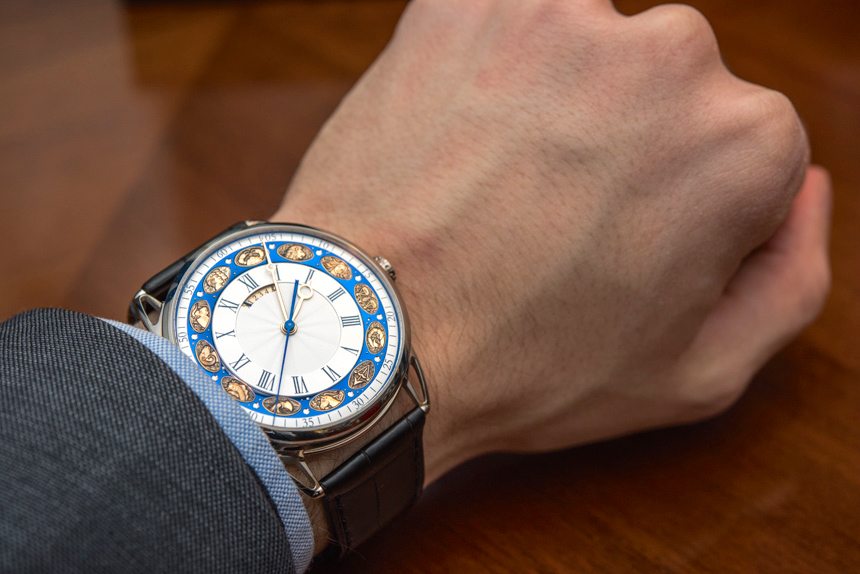 I like the DB25T Zodiac Tourbillon watch a lot. On the front, you have what is a very elegant dial with some of the best dial work that money can buy. Flip the watch over, and what you have is a very futuristic-looking movement that is unlike any of its contemporaries and is built and finished to a very high standard. It is a marriage of the old and the new, and the resulting package is one that I find to be very attractive and enticing. Obviously, the zodiac theme is not for everyone – I know some people who feel strongly against this whimsical concept – but if you are a believer or if you aren’t bothered by it. The DB25T Zodiac Tourbillon is one very special watch with very nice qualities. The De Bethune DB25T Zodiac Tourbillon is limited to just 20 pieces and is priced at $275,000. debethune.ch