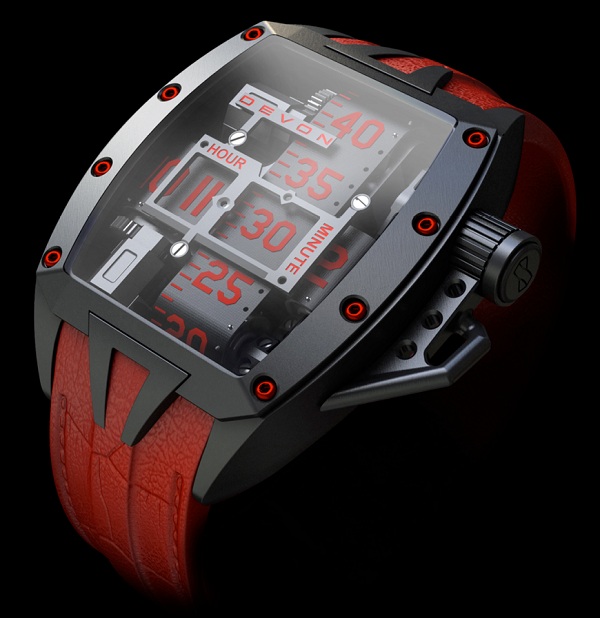 I am pleased that Scott Devon considers my opinion valuable enough to run designs by me and ask me questions about the future of his rather cool high-end electromechanical watch brand. As part of this exchange I learned that the highly-anticipated Tread 2 watch that we saw hands-on on here at Baselworld 2012 was likely to be put on hold. That was distressing to me as the Tread 1 needed a suitable follow-up, in addition to the fact that I liked the Tread 2. 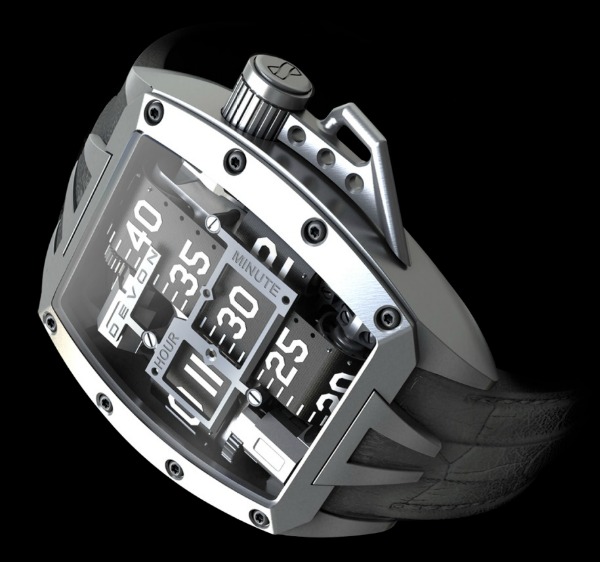 In the end, the Tread 2 prevailed, but in a new and more distinct form. The case and concept of the Tread 2 has been re-thought. The tonneau-style case comes in steel with DLC black coated versions in a few colors. This time it has a single sapphire crystal and two, not three belts. The idea is for the watch to be smaller, quieter, more wearable, and less expensive. When it comes out soon, the Devon Tread 2 will have a price under $10,000 (compared to close to $20,000 for the Tread 1), and I look forward to checking it out.