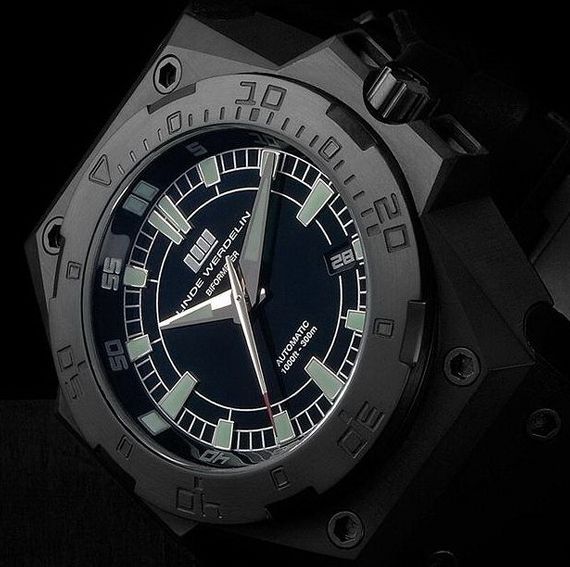 You’ve probably seen at least something about DLC. You might not know what it is though, and the three letter term might go right past you. That’s OK, because DLC is a relatively new addition to a watch maker’s arsenal. Speaking with the very knowledgeable people at Linde Werdelin, I  recently have a new understanding of DLC, and am excited about Linde Werdelin’s future incorporating the special coating on select lines of watches. Be aware that while DLC has many industrial applications, finicky watch makers demand only the highest grade materials and processes.

DLC stands for “Diamond Like Carbon.” Which is a bit confusing, as so many things are made from carbon, including diamonds. The idea is simple, diamonds are extremely dense in terms of their carbonic make up, and so is DLC. However diamonds have a crystalline atomic make up, where as DLC is more hexagonal in shape and formation; think of something that look likes. DLC shares a lot of diamond properties, but is simply different in terms of make up and production. This is a very simple explanation of course, so just the basics that I think are best to know are being covered.

DLC is a coating, and not a compound suited for material building, at least as of now (my hopes are that in the future, you’ll have an entire watch made out of DLC, not just coated with it). The process of producing DLC requires a ‘bond,’ or something for it to stick to. Typically, DLC is a thin coating (a few microns thick). The actual process of making and bonding DLC are proprietary techniques which are either trade secrets or patented, depending on who is applying the DLC or making it. Though, universally, the metal to be applied a DLC coating is placed in a special chamber where the DLC coating is literally blasted to the surface of the metal. My understanding is that is not a precision application, so the entire piece of metal placed in the chamber will be coated. Linde Werdelin is particularly proud of their DLC process which is said to be stronger, and of a higher quality than other DLC coatings that you may find. The reason for this is the hydrogen content of the DLC coating. DLC that contains any hydrogen has carbon molecules that are not as close together because of the hydrogen present. A hydrogen free DLC coating (such as used by Linde Werdelin) allows for the carbon to be closer together, and thus the coating overall is harder (rated at about 5000 Hardness Vickers, HV). Really hard! 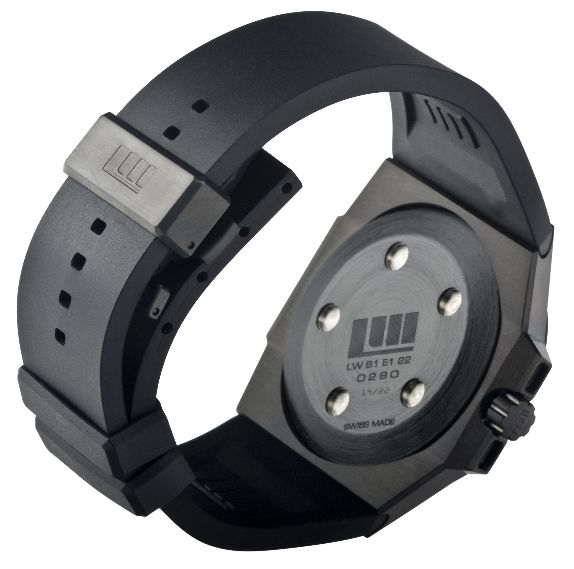 DLC as applied to watches was first seen on Japanese models, but was quickly adopted by European watch firms that were attracted by the wonder compound. The value in DLC is in its immense durability. One test I read about took a piece of steel that, given a particular type of wear, had a durable life of one week. With a DLC coating, that life was increased to an estimated 85 years. DLC offers at least two types of desirable durability traits. First, is resistance to shock. Meaning that it takes a lot of physical shock to damage, rub off, or dent the DLC coating. Second, is the related concept of scratch resistance; DLC is not only hard, but it is difficult to distort or displace. The natural appearance of a DLC coating is a dark gray, almost black appearance with a slight sheen. To the touch it is very slick (meaning it is also highly water resistant). As an added benefit to germaphobes, bacteria is unable to grow on DLC coatings.

Linde Werdelin doesn’t just have a DLC coating applied to its watches and call it a day. The process of hardening is very involved with their first DLC watch, the Hard Black Elemental. While these processes are often not publicized, the high costs of many luxury watches can stem from the involved and time consuming processes that must occur to get the perfect end result. Lets go through the process with the case part of the watch. First the case is milled out of 316L high grade steel. Milling literally cuts steel into the right shape, versus having to bend or shape it. The steel is then specially heated in an oven, and a process called Kolsterising takes place. The Kolsterizing process takes advantage of the fact that the surface of the steel become porous, and another hardening compound is applied before the steel cools, whose molecules settle in the steel. This process is another means of hardening the steel even before the DLC coating is applied. By the time the DLC coating is blasted on the watch case, it is already very hard. A reason that you typically don’t see watches finished with just Kolsterizing is because it results in a blotchy look to the steel surface. The caseback of the Hard Black is not DLC coated steel, though it appears as such. Another metal used on the Hard Black DLC watch is aluminum. If you look closely at the image of the rear of the Linde Werdelin Hard Black, you’ll notice holes drilled in to the rear of the watch to allow for unscrewing of the case back. The holes are drilled through a layer of brushed anodized aluminum which is placed over the screw-on stainless steel plate on the rear of the watch. Anodized aluminum has a great ability to be colored (much more easily that stainless steel), and is very light. Thus its application on the caseback. 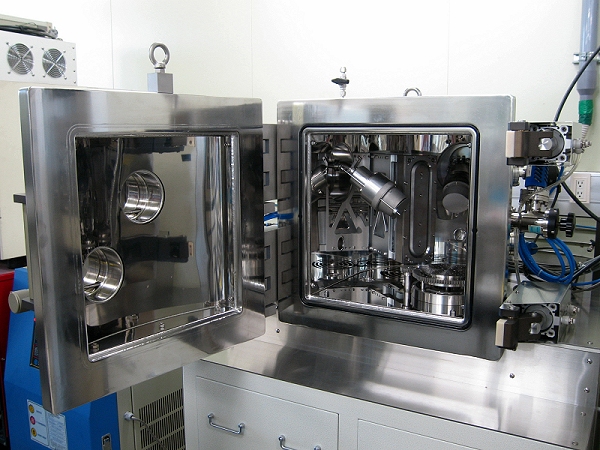 DLC is an amazingly rugged material and is still young in its applications, especially in the watch industry. The benefit of having a DLC coating on a watch makes for a serious tool that you can easily throw around without worry. It is another (big) step forward to achieving a common dream of many; having a luxury watch that will keep its polish and sheen regardless of the abuse you subject it to.

Linde Werdelin’s Hard Black DLC Elemental watch is available as a limited edition, with more DLC watches to come from Linde Werdelin soon. It is based on the very attractive and unique Elemental Biformeter watch line. The watch is 46mm wide with an automatic ETA 2892 inside (with a 42 hour power reserve). Pricing is around $5000 US, but you’ll be paying in British Pounds. This is a true luxury, sports activity watch, and you can feel comfortable doing just about anything with it. Personally, I like the design, but it takes a while for it to grow on some people. One of the best aspects of Linde Werdelin is their personal touch and communication; you know that as a customer or prospective customer, you’ll have their full attention if you have any issues, and they love feedback.

I want to thank Linde Werdelin for talking with me about the DLC coating process, and especially their particular use of the impressive technology. Please contact Linde Werdelin here, and look out for more DLC watches in the near future.