Linde Werdelin has announced three new entries into the SpidoLite II family of limited edition sport watches. The new SpidoLite II Titanium releases include Red, Blue or Black Gold versions which offer you a choice of either bright colors or a modern take on the two-tone aesthetic.

The SpidoLite series, like the SpidoSpeed, exhibit many of the signature elements that have helped Linde Werdelin build a loyal following, including the skeletonized case structure, detailed dial design, and a wrist presence that is all on its own. 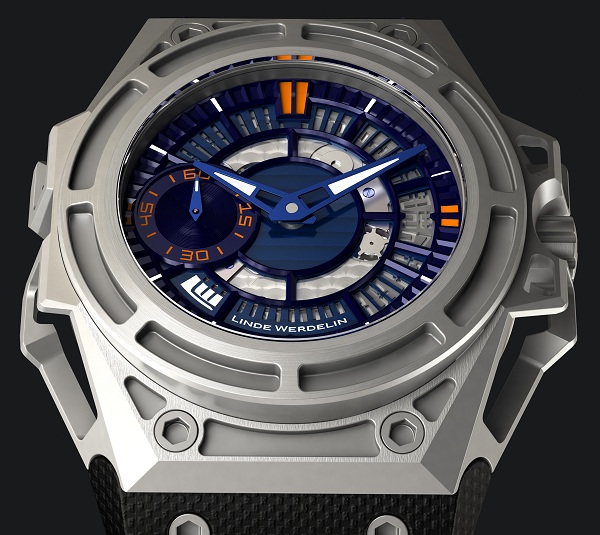 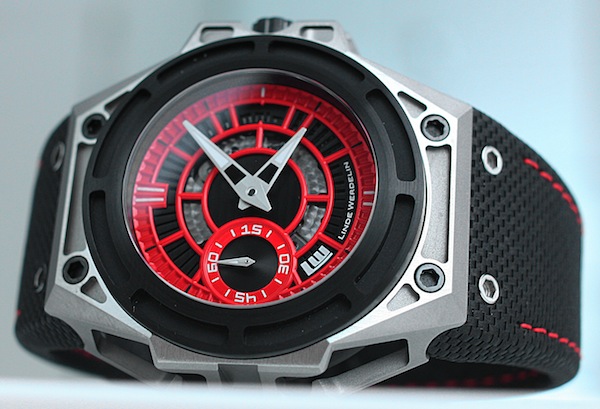 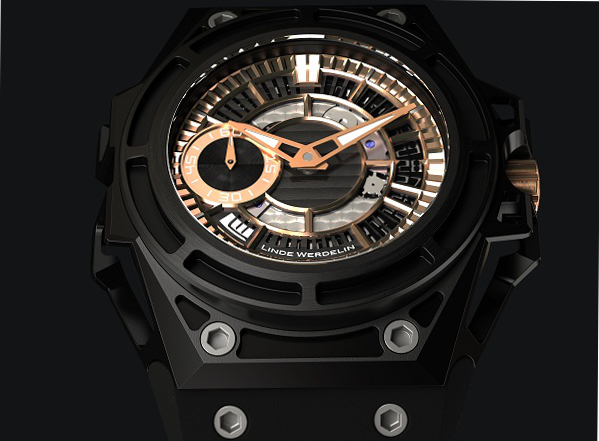 The Red, Blue and Black Gold versions of the SpidoLite II Titanium are 44 mm wide and 15 mm thick and directly in line with the rest of the LW lineup, which is comprised of mostly larger watches. They feature a 19 piece case which is made entirely of titanium that has been treated to a blasted finish before having its edges and accents satin finished. The effect is fantastic and really highlights the darker tones present in the bare titanium of the Blue and Red versions.

Both the main crystal and the display case back crystal are sapphire and allow a view of additional fine detailing. In the front, the Titanium Blue has a two-layer galvanic blue dial with orange accents which offers a standard two-hand display with sub seconds and a semi-skeletonized date display. The date display employs an interesting cut-away view of the laser cut date disk, with the current date shown at three o’clock. 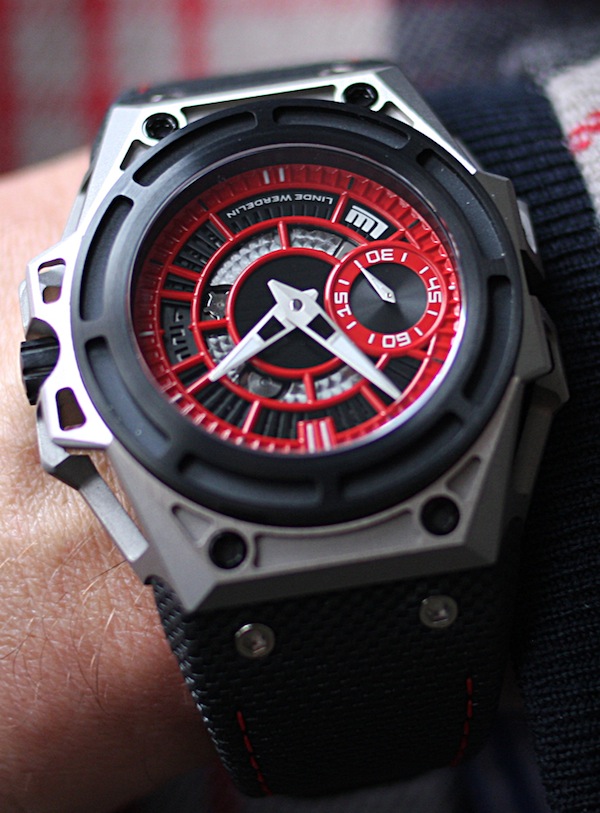 With minimal text and a considerable use of texture and layering, the dial design of these new SpidoLite II Titanium models are very modern and quite complex. It is hard to predict the on-wrist effect of the Blue version with the dial and hands carry the same color and tone, but there is likely some sacrifice in terms of legibility. The Red version however, sports a similar case finish but the inner case and screws have been finished in black DLC and the hands are host to a galvanic silver treatment that is much more legible than its blue-faced twin. The SpidoLite II Titanium Black Gold features a DLC treated black case with satin finishing and has a similar two-layer dial with a rose gold top layer which is matched by a rose gold crown. 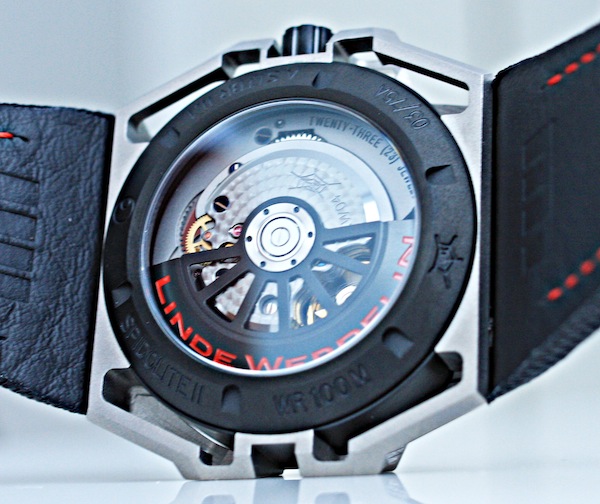 Viewable via the display case back, all three versions of the new SpidoLite II Titanium are powered by the LW04 Cal 2252 which is an automatic movement sourced by LW from the Switzerland-based movement maker Concepto. The LW04 offers a 42 hour power reserve and runs at 28, 800 vph. The movement is decorated with circular pearlage, blued screws and a distinctive Linde Werdelin rotor.

Limited to just 75 pieces in each color, the SpidoLite II Titanium Black Gold is available now via Linde Werdelin’s website with a list price of $11,200 USD. The Blue version will set you back $11,600, while the Red is slightly more at $11,900. 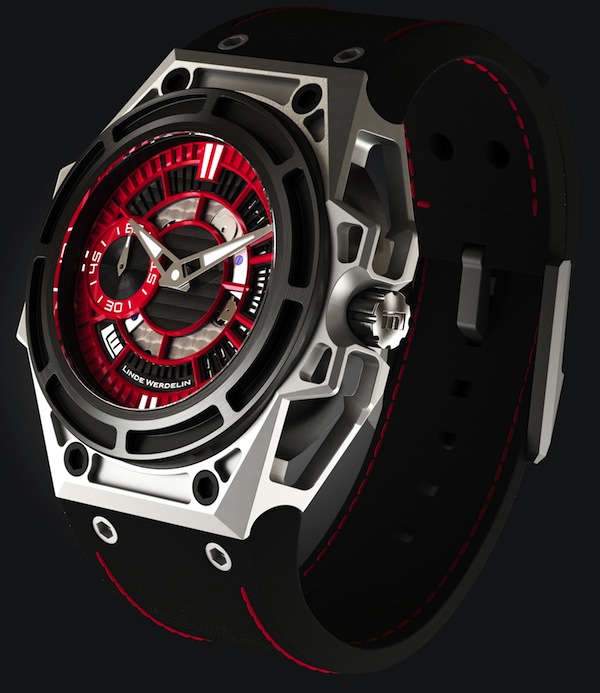 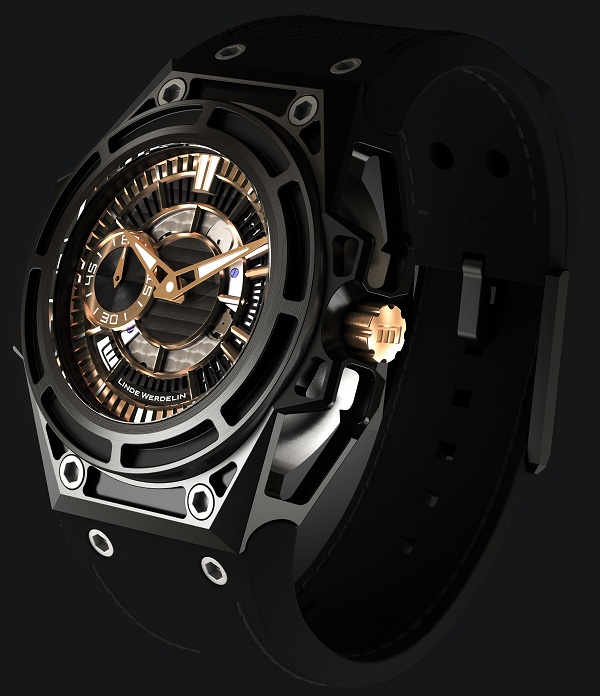 While certainly priced well into the luxury range of the watch-buying market, Linde Werdelin has developed a niche for their designs and the SpidoLite II Titanium Blue/Red/Black Gold are fantastic looking watches that offer yet another color and feature variation for those interested in acquiring a skeleton-cased Linde Werdelin. The Black Gold is version is stunning and definitely looks like it could be Bruce Wayne’s watch of choice. Considering the more colorful variants, while I would normally choose a blue dial over red, I really love the Red with its DLC accents and more legible hand coloring.

While I wouldn’t go as far as to call the Titanium Blue, Red, or Black Gold bargains, for those with the means they are interesting, distinct and very cool offerings from a noteworthy and innovative brand.