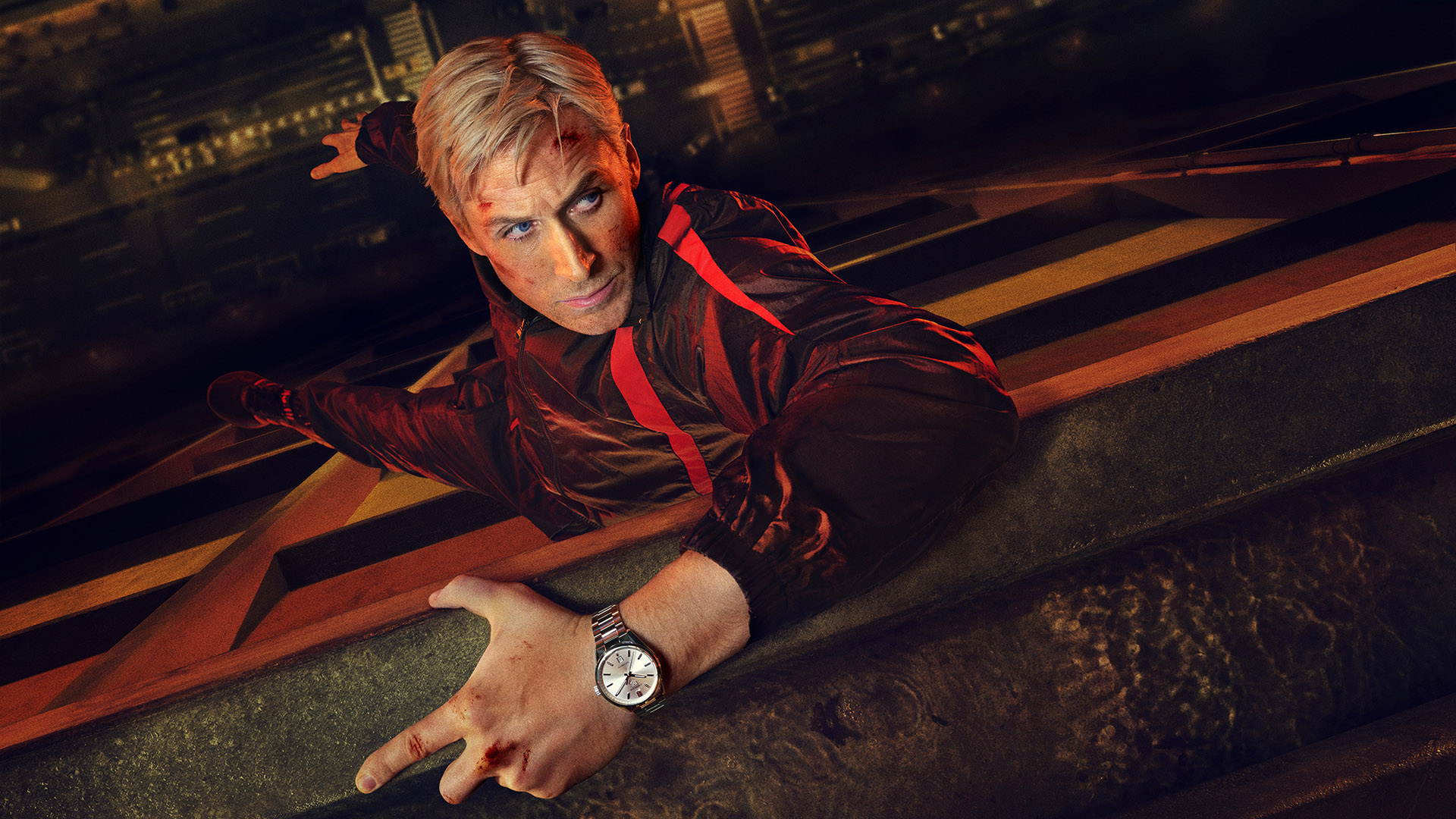 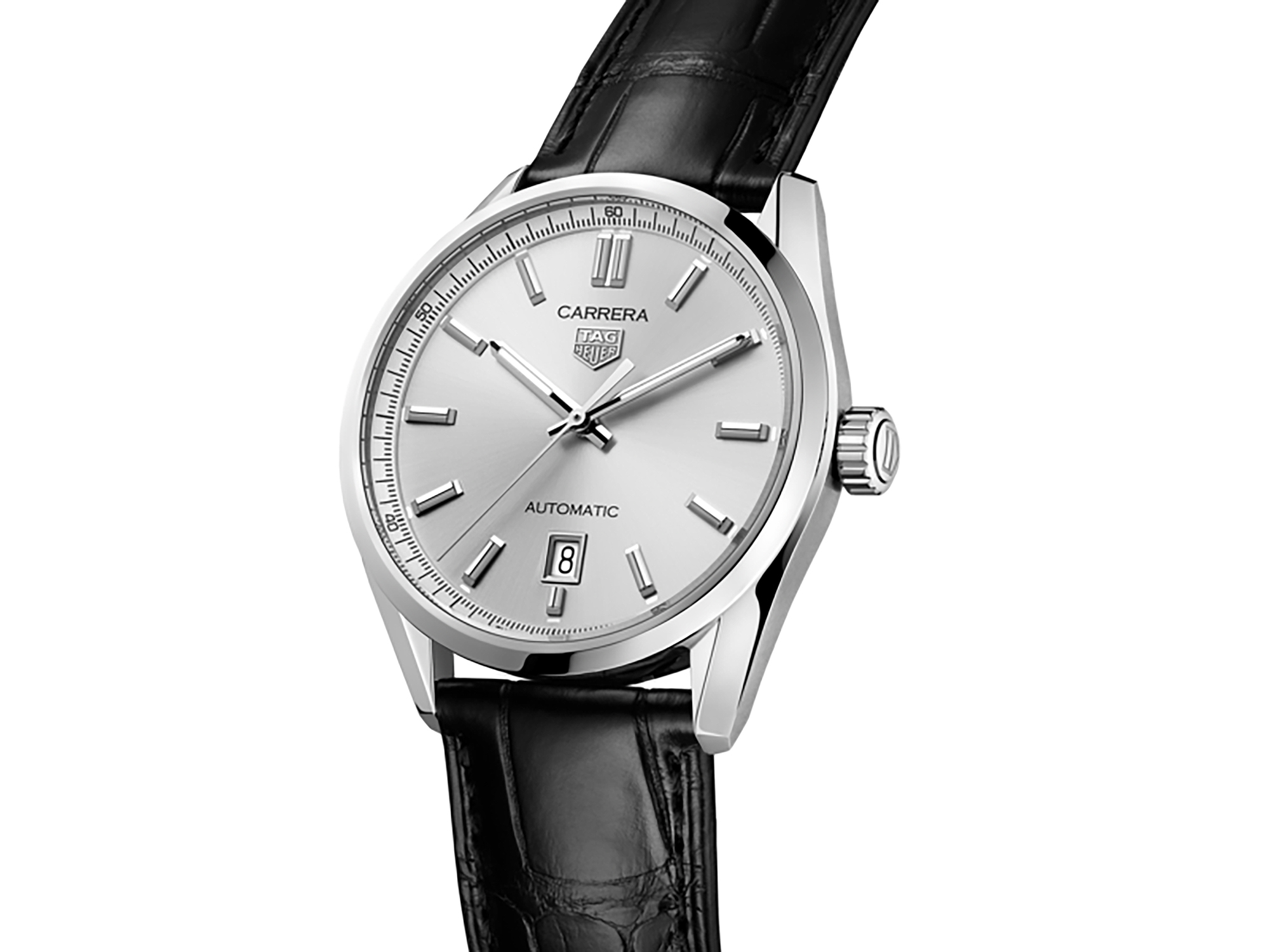 The special relationship between the luxury watch industry and Hollywood has been rolling for nearly as long as there have been wristwatches to showcase on film. Although the number of timepieces featured on screen over the years is countless, there are only a select few of these featured players that go on to achieve movie star status. It takes a special blend of focus, environment, and most importantly charisma for a movie watch to become a cult icon, and watch enthusiast film buffs have built devoted followings around timepieces featured in everything from Jaws to the 007 franchise. Few brands have been as consistently successful in creating these horological movie stars as TAG Heuer, with a wide array of memorable appearances on screen including the original Heuer Monaco featured on Steve McQueen’s wrist in 1971’s Le Mans, the blacked-out TAG Heuer 980.031 Night-Diver worn by Timothy Dalton in The Living Daylights, and the bold, ostentatious gold-plated TAG Heuer Professional 1000 showcased by Leonardo DiCaprio in The Wolf of Wall Street. What is it that makes these on-screen appearances stand out, however? TAG Heuer looks to capture lightning in a bottle and provide a concrete, replicable answer to this question with its latest film partnership, featuring the sleek and stylish silver-dial 39mm Carrera Three Hands Automatic (reviewed here on aBlogtoWatch) on the wrist of Ryan Gosling in the new Netflix-produced action film The Gray Man. 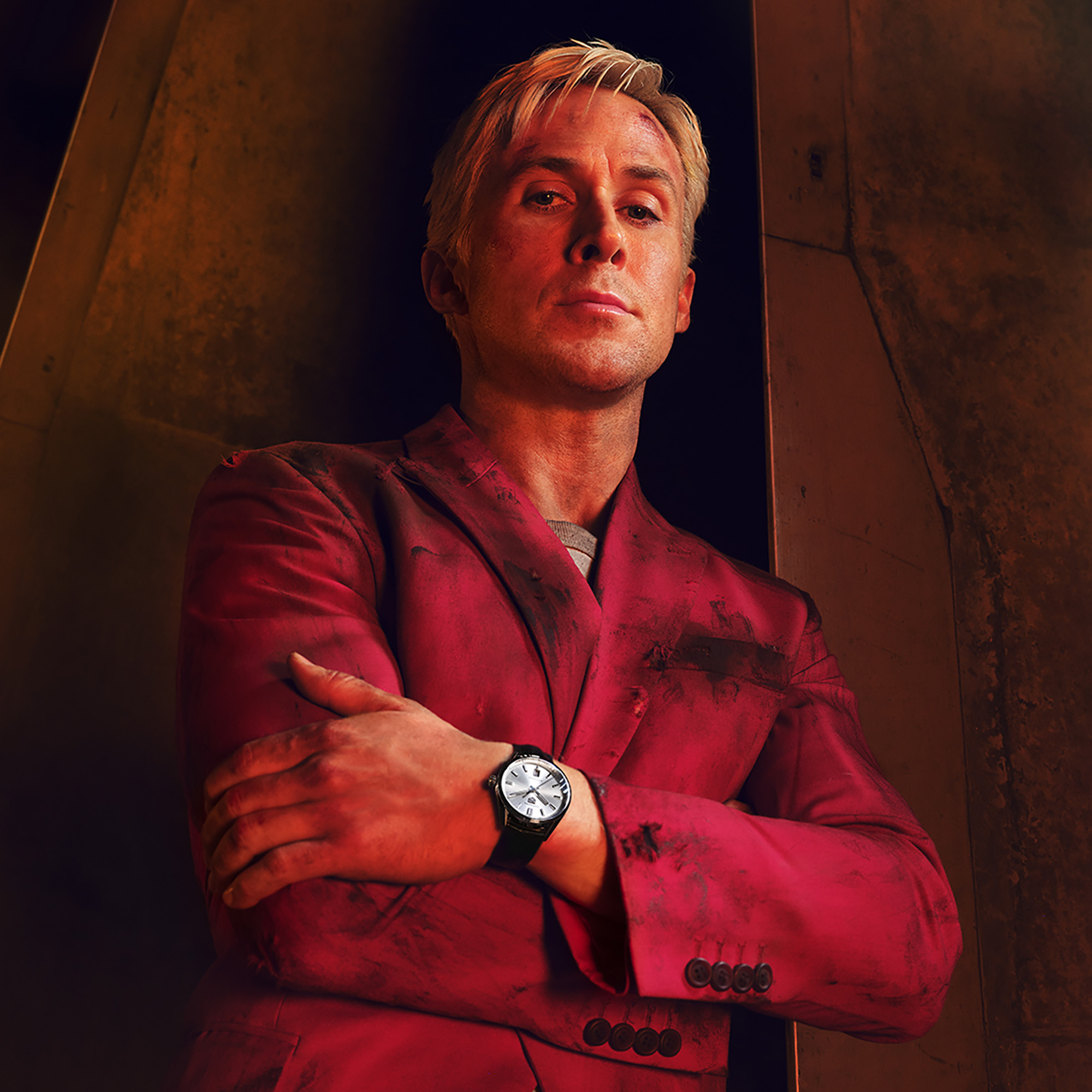 Directed by Joe and Anthony Russo of Avengers: Endgame fame, The Gray Man is a non-stop action thriller centered around Ryan Gosling’s character Sierra Six, an elite CIA operative who uncovers a sinister ring of corruption throughout the agency. When a deranged private government contractor puts out a bounty on Six’s head, it sparks a global manhunt with high-octane chase sequences and wave after wave of highly trained assassins hell-bent on recovering and destroying the evidence by any means necessary. Over the course of the film, both Gosling’s character and the TAG Heuer Carrera Three Hands Automatic are pushed to their absolute limits, surviving tight underwater escapes, brutal train crashes, and a particularly memorable gunfight while handcuffed to a park bench. In short, the Carrera Three Hands Automatic deftly proves itself as a rugged on-screen action hero, but there’s more to crafting an impactful movie appearance for a watch than demonstrating durability. 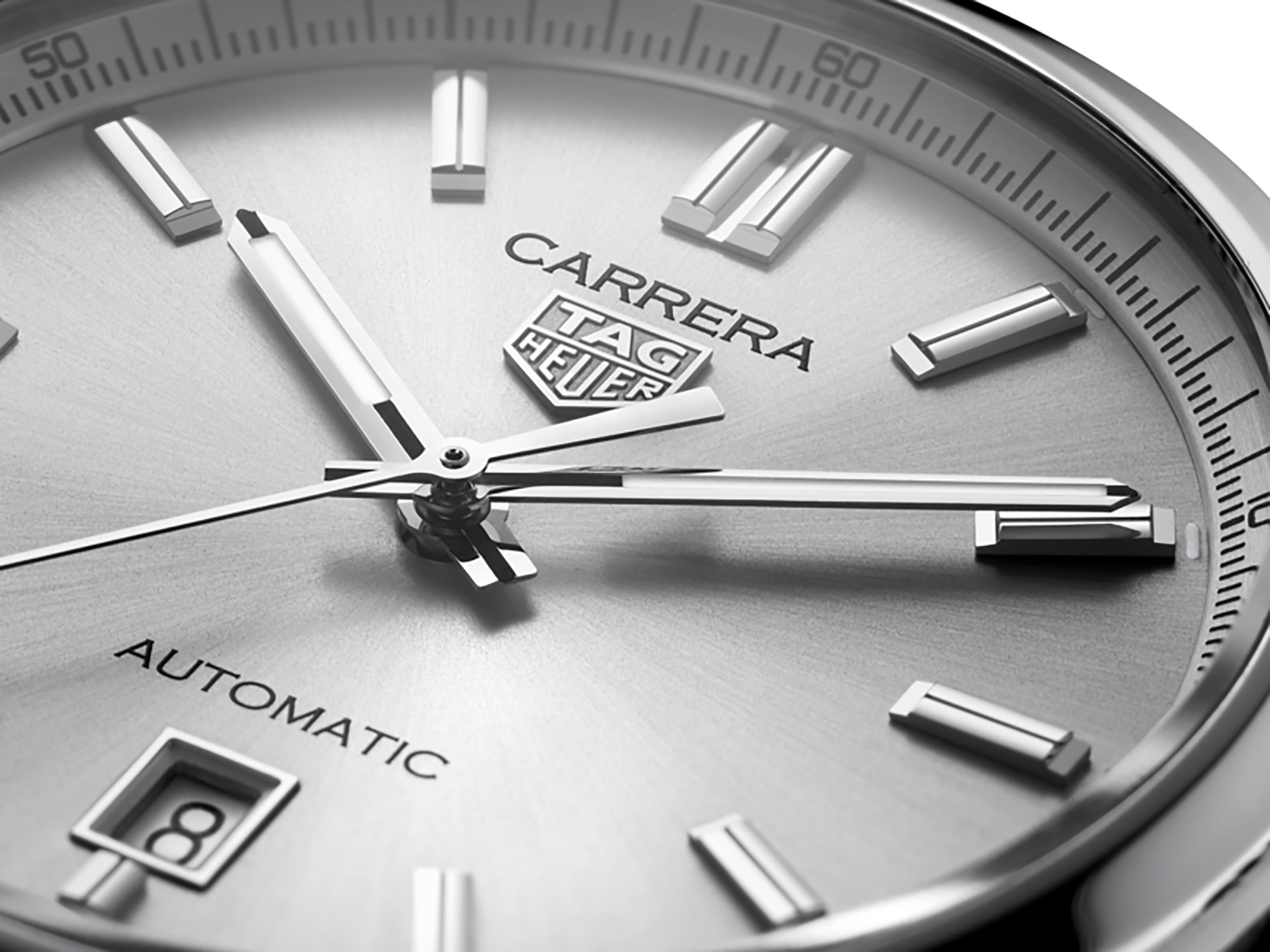 Another major element in ensuring a watch appearance on film is taking care to match a timepiece to the character wearing it. According to Gosling himself, the core personality traits behind his character Sierra Six are capability, but also an ability to blend into any situation. Beyond the movie’s nine action set-pieces, the film also places Gosling in a wide range of social situations, locales, and wardrobes. “He has multiple identities, in a way, and [they are] wildly different from each other,” Gosling said in our interview ahead of the film’s Hollywood premiere. “At the beginning of the movie, I’m in this heightened red suit, then I go into a tracksuit for the middle of the film, and an acid-washed eastern European look in the end. But the watch stays the same… What could work in all those scenarios, and not clash or stick out? The Three Hands was perfect for that.” Outside of a subtle swap between the available bracelet and black leather strap for sequences in the past and present of the film, the Carrera Three Hands Automatic remains a constant throughout, and does smoothly blend into whichever environment or outfit it’s paired with — perfect for a spy looking to maintain a low profile. 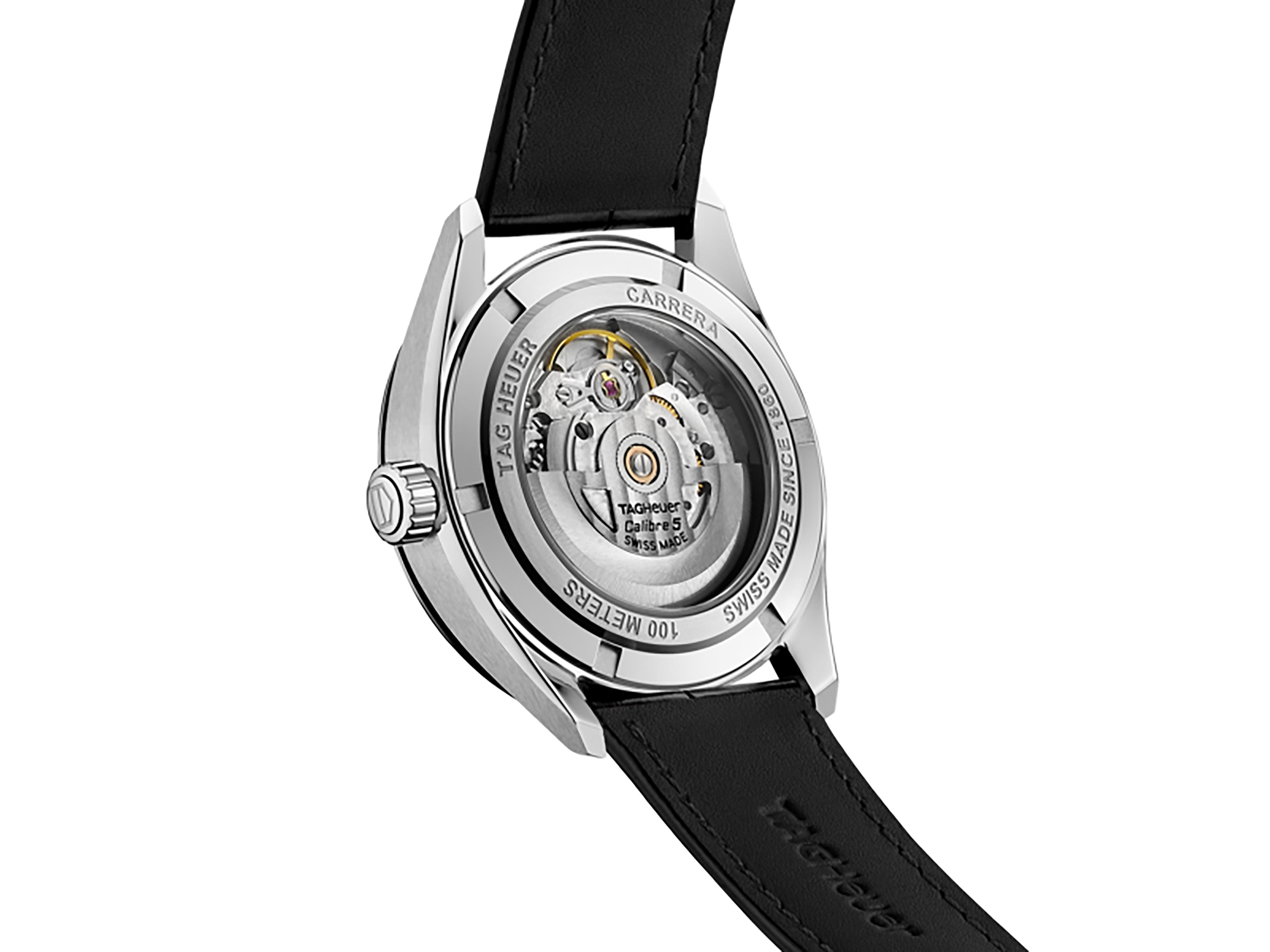 Of course, one of the most important ingredients in making an on-screen watch memorable is prominent placement. Although The Gray Man tastefully omits any of the long, deliberate close-up “product placement” watch shots found in the more recent 007 films, the Carrera Three Hands Automatic is clearly visible throughout the film on Gosling’s wrist. Like the design itself, the Carrera Three Hands Automatic’s presence here isn’t overtly showy or ostentatious, but instead sleekly and stylishly blends into a variety of situations while quietly absorbing an impressive amount of punishment throughout the film. It never comes off as pandering or deliberately thrust into the spotlight, and instead does what any good casting choice in a film should do — it disappears into the role, meshing seamlessly with its environment and enhancing the story being told. 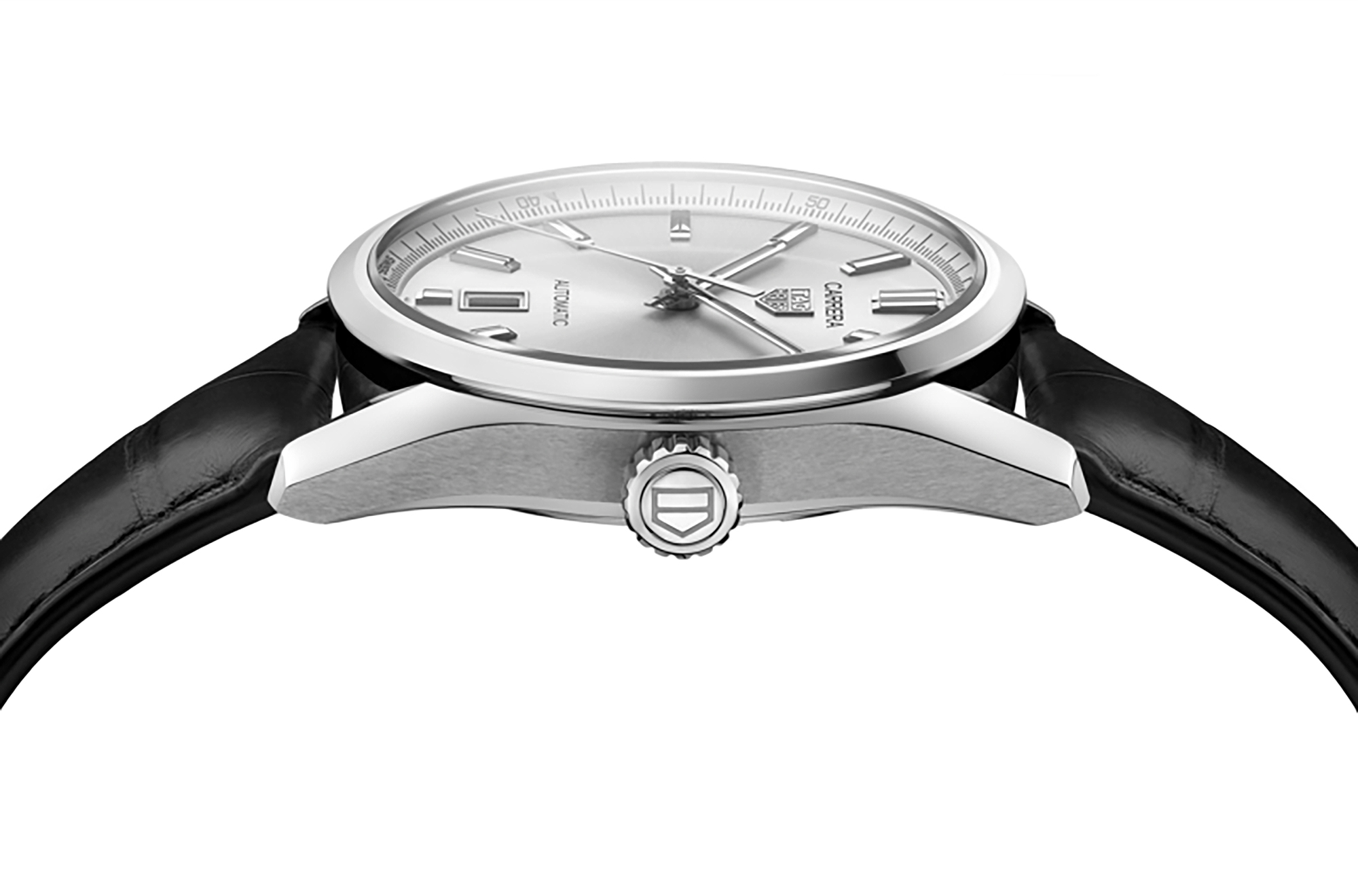 While only time will tell if The Gray Man and the TAG Heuer Carrera Three Hands Automatic’s role in the film will resonate with audiences and form a devoted following, both the filmmakers and the brand have clearly taken a thoughtful, holistic approach to creating a potential horological movie star. The 39mm TAG Heuer Carrera Three Hands Automatic is available now through authorized dealers, with an MSRP of $2,750 USD as of press time. The Gray Man debuted in select theaters on July 15, 2022, and will debut on Netflix worldwide on July 22, 2022. For more details on the watch, please visit the brand’s website.