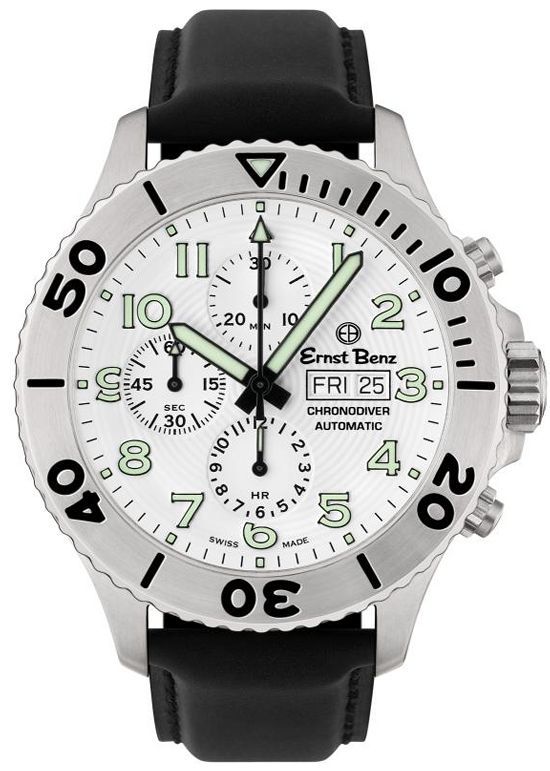 Ernst Benz Releases The ChronoDiver Thinking It Is Being Innovative And Unique: It’s Not

Ernst Benz is like an estranged cousin of Panerai with little bloodline connection. It makes a heap of really large watches with “instrumental” appeal, but unlike Panerai, the watches typically suffer from being appropriate without being very unique. Oh, and they are overpriced, in my opinion. The newest from Ernst Benz is the new ChronoDiver collection, with a name as dry as the watch themselves. There is actually nothing at all wrong with the watches. They are a pretty good emulation of a theme. That theme being the diving watch chronograph. The thing is, for the over $5,000 retail price, where is any character of innovation? You get a 47mm wide case, a number font that looks to be Ernst Benz-ish, and perhaps come concentric circle texturing on the dial. Otherwise, we’ve all seen this design hundreds of times before. 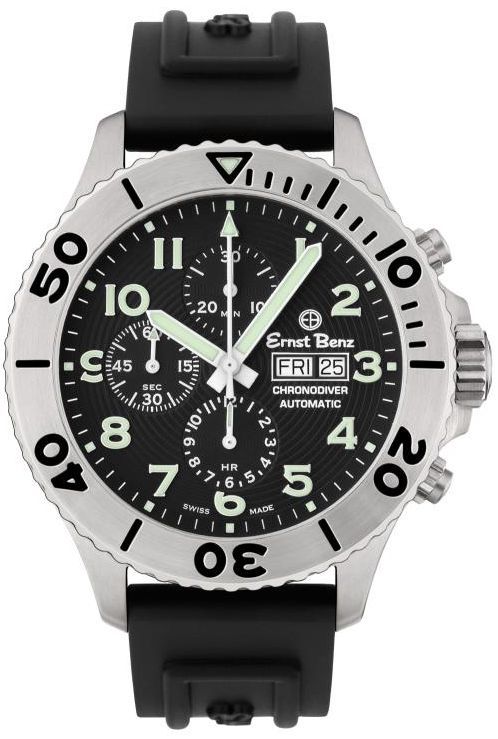 So what gives? Ernst Benz did need a diving watch for their line up. Practically everyone does, but this effort just seems a bit rushed to ask such a price for such a standard offering is…well not very well thought out. The point to the fact that despite having a 200m water resistance the rear of the case has a sapphire window. While this is uncommon in diving watches, it is certainly not unheard of. Further, 200m is the standard resistance for all Valjoux 7750 movement based watch (that the ChronoDiver) appears to be. It is funny actually, because you know the case is 47mm, much larger than the movement size. Then you look at the watch face and can see where Ernst Benz literally added space on the periphery of the dial making it larger beyond the boundaries of the movement. There is a chance that the movement is actually the ETA Valgranges, a larger update to the Valjoux 7750, but I’ve not seen mention.

The ChonoDiver is available with either a steel bracelet, rubber strap, or hand stitched alligator strap. Typical stuff. So you have an acceptable, legible, and well crafted diver’s watch. You don’t have anything particularly unique or interesting. And in my humble opinion the asking price is far from fair. I’d not be surprised to see street prices going for half or less of the retail price.