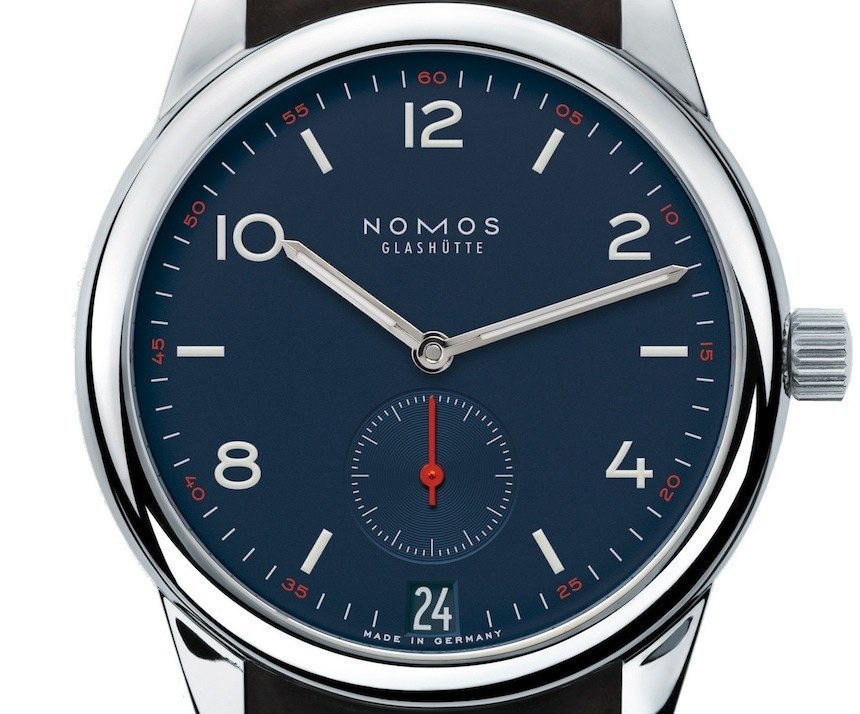 Timeless Luxury Watches, an authorized Nomos Glashütte watches dealer in Texas, is releasing a new exclusive model which is the product of a collaboration between Timeless and Nomos watches in Germany. The aptly named Nomos “Timeless Club” watch is the result of that collaboration, a highly modified incarnation of the existing Nomos Club line that not only introduces new styling and colors, but will also co-introduce a new movement with Nomos’ own Metro Datum.

The Nomos Timeless Club is a new collaboration from Timeless Luxury Watches and Nomos Glashütte that combines elements from existing models into something very different than anything that came before it. The Nomos Timeless Club uses an identical 38.5mm steel case from the original Nomos Club Dunkel Datum. Nomos watches tend to wear large, so 38.5mm is actually a surprisingly versatile size, in line with modern standards. Water resistance is 100 meters.

More interesting, however, is the use of the blue dial from Nomos’ high-end Lambda, a distinct shade that the German company refers to as Deep Blue — a fitting name. This makes it the only blue model currently in the Club collection. It’s also probably the boldest Club, thanks to high-contrast red accents like the seconds hand and minute markers. But, perhaps the most impressive element is that the Nomos Timeless Club features fully luminescent hands and numerals like its Dunkel predecessor making it extremely legible at night. 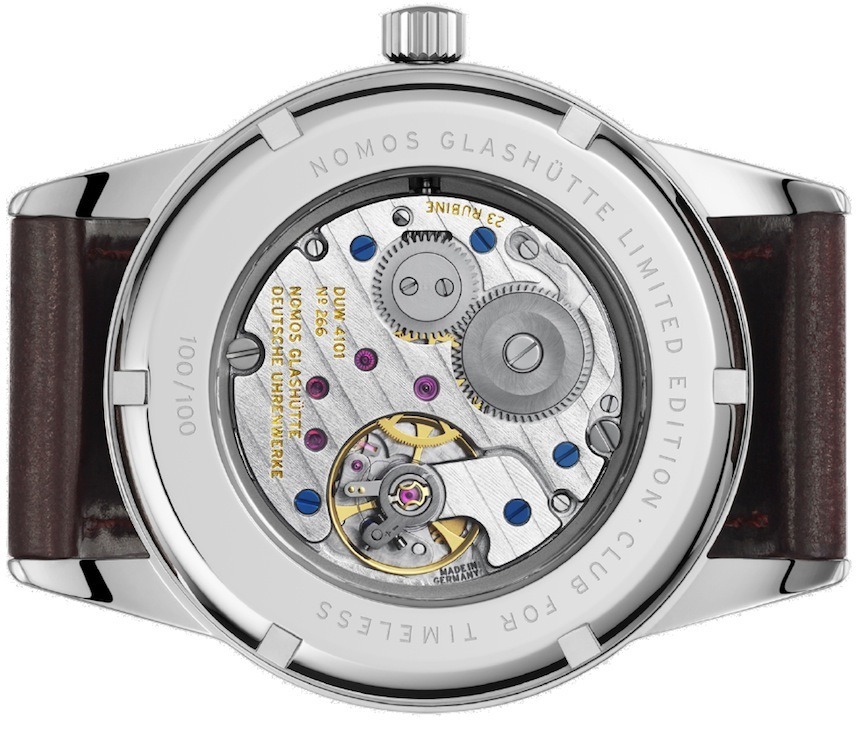 The Nomos Timeless Club will be one of two models to debut Nomos’ brand new DUW 4101 movement. The DUW 4101 is the next-generation version of its in-house beta movement and, at the time of launch, will only be available in the Nomos Timeless Club and the Metro Datum. It is a manual wind calibre that features Nomos’ new Swing System, their in-house escapement and blued hairspring, and is amazingly thin at just 2.8mm, about the same as two stacked dimes.

The DUW 4101 will have a 42-hour power reserve and 23 jewels, but more interesting is its six position adjustment which fights the accuracy-harming influence of gravity. It also beats at a leisurely 21,600 BPH. Naturally, the Nomos Timeless Club will feature a sapphire case back, so the owner can enjoy the exquisite movement. 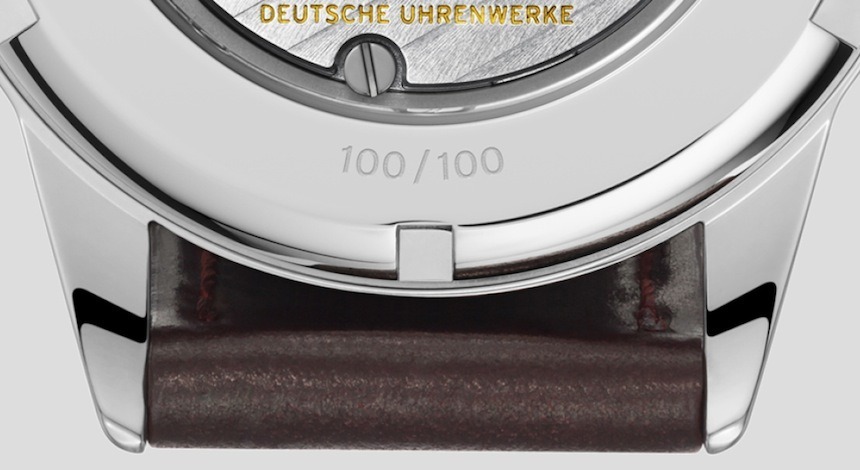 Just 100 pieces of the Nomos Timeless Club will be produced, many already pre-ordered, and they are available exclusively from Timeless Luxury Watches. The price is $2,760 USD, just a hair more than the Club Datum and much less than the only available Dunkel, which is now exclusively automatic. The price difference is impressively small when one considers that the Nomos Timeless Club isn’t just a limited edition, it also incorporates a next-generation movement. 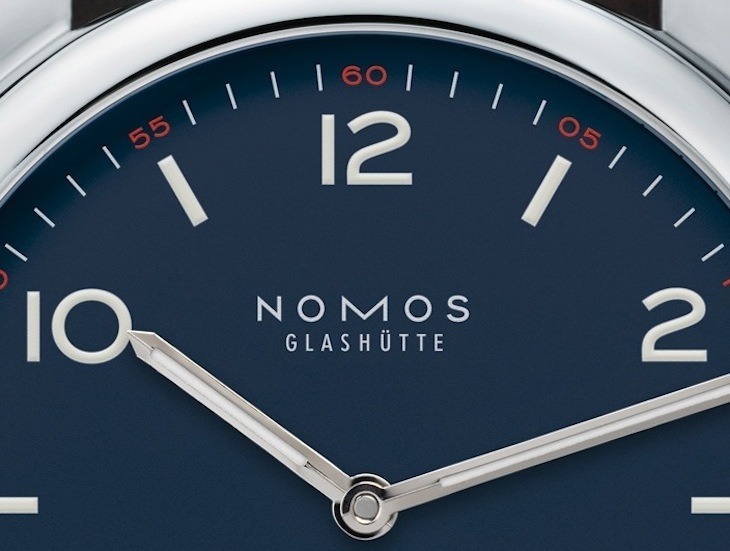 Nomos Glashütte is a German watchmaker that is probably best recognized for their award-winning designs, but they’re also extremely well respected for their commitment to in-house movement manufacture. Their dials are notoriously understated and are usually considered the premier example of Bauhaus design in the watch business, while their cases often take on the form of simple shapes with either straight lines or perfect circles — in fact, the Club is one of their more curvaceous models. From other companies, such understatement comes off as boring or plain, but Nomos has taken subtlety to an art form, and their pieces are so stark that they’re actually bold, not forgettable. 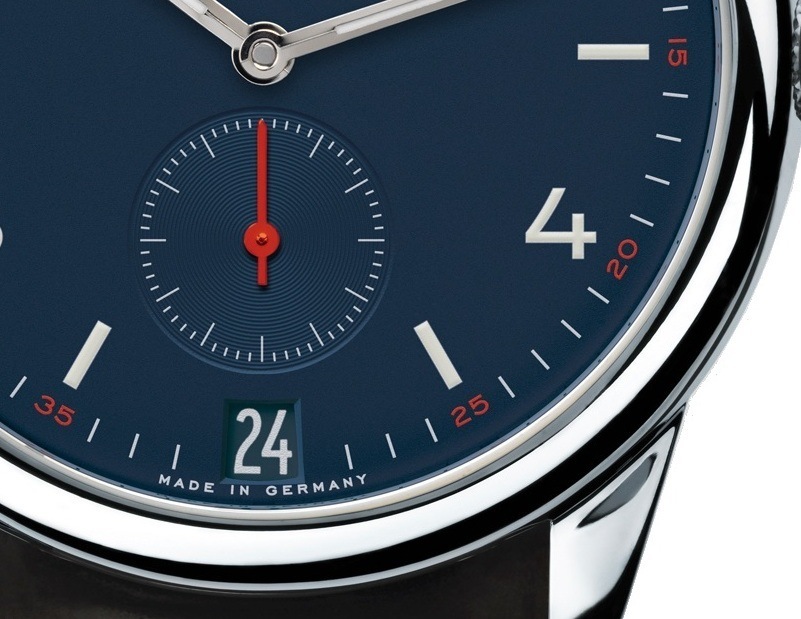 Their movements are at least as important to the company’s legacy. Very few companies can boast a lineup with 100% in-house manufactured movements, and almost no company Nomos’ age can. Nomos has been ahead of the curve in the return to in-house manufacture by many years, and as a result, they have a wide stable of movements available, from simple no-date manual winds to sophisticated double barrel power reserve calibers and, beginning this year, an astonishingly thin automatic movement to complement their existing automatic movements, the DUW 3001. 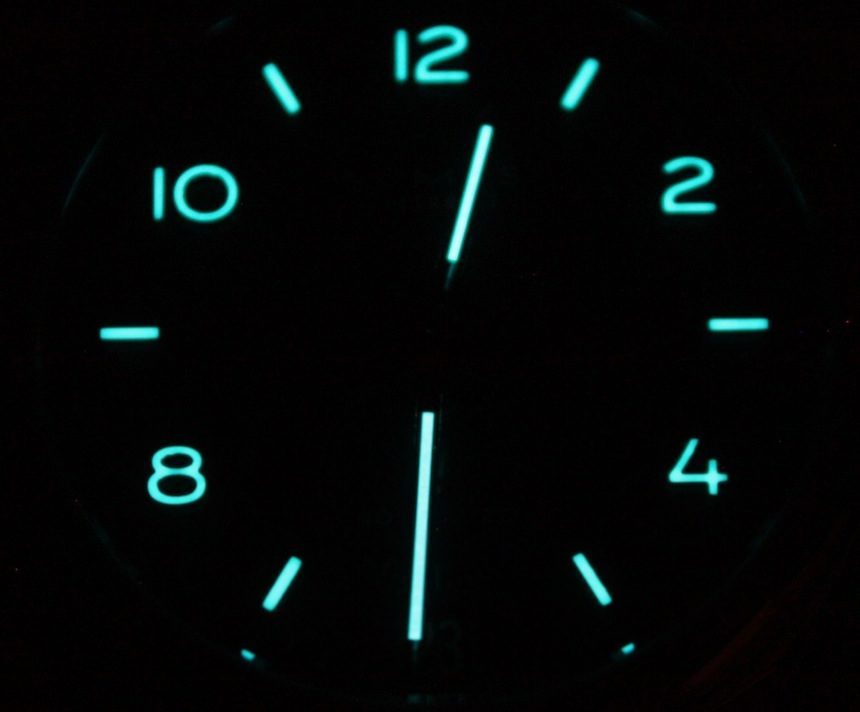 But beyond mere variety, Nomos movements are excellently made and decorated. All Nomos movements are 6 position adjusted, a distinction shared by some of the most elite watch companies, namely Patek Philippe, Grand Seiko and Jaeger LeCoultre. This extensive adjustment makes the movement substantially more resistant to the influence of gravity. Furthermore, the movements are incredibly beautiful. This is due in part to Nomos’ appreciation of traditional German watchmaking, most notably the ¾ plate, Glashütte sunburst finish on various wheels, and blued screws. The result is a movement that looks as good as competitors that cost three or four times as much.

When the Nomos Timeless Club is sold out, it will be gone forever, but the Club will not be the last collaboration between Timeless Luxury Watches and Nomos. Several projects are in the works, possibly including a redesigned Ahoi, the very popular “beach watch” Nomos released just two years ago. Timeless remains dedicated not just to designing bold new iterations of Nomos watches, but incorporating the best German movement technology. Consequently, subsequent special editions will also feature next-generation movements, possibly with enhanced accuracy. Once again, the Nomos “Timeless Club” watch is a limited edition of 100 pieces exclusively available from Timeless Luxury Watch and has a price of US$2,760.