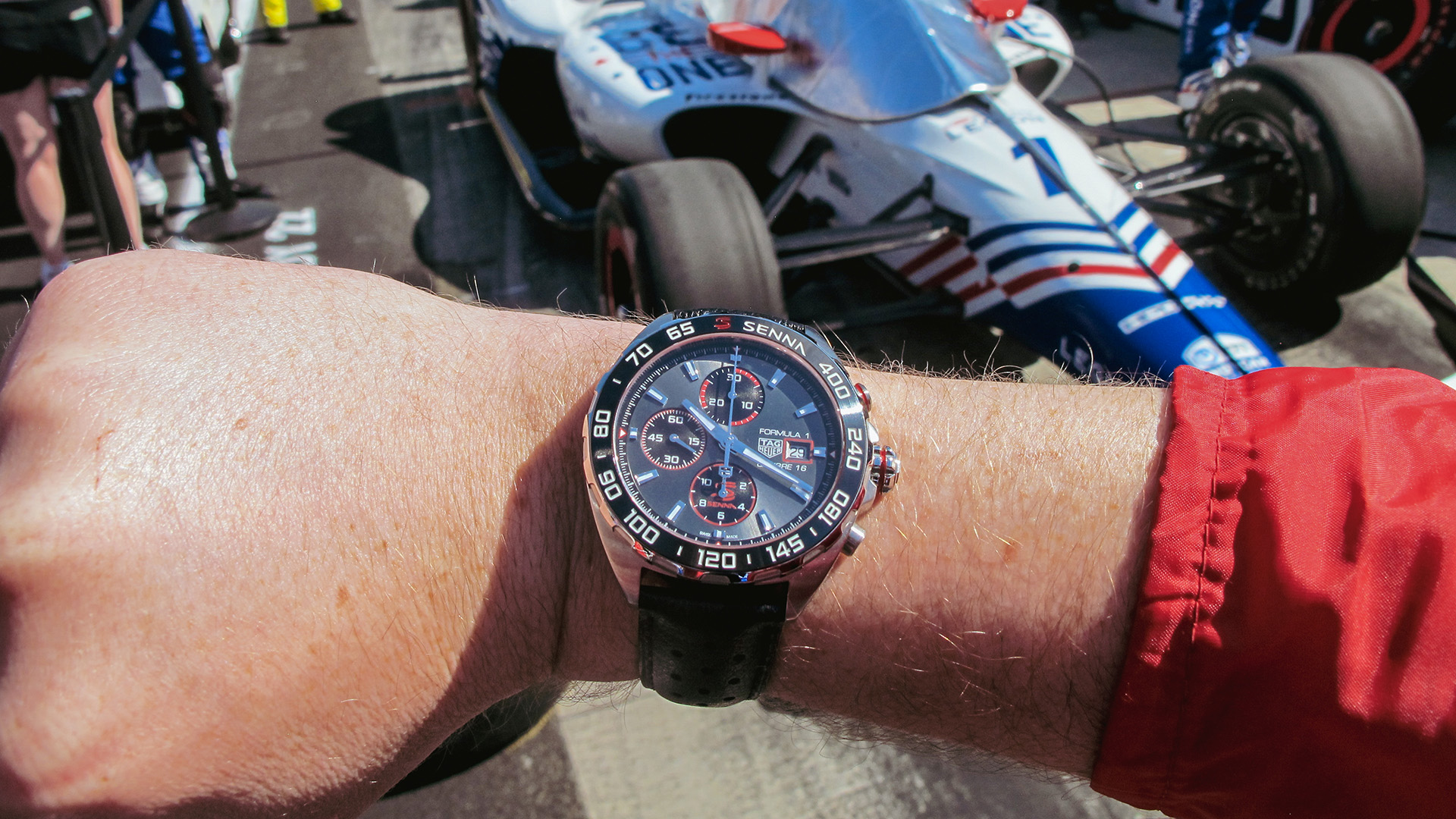 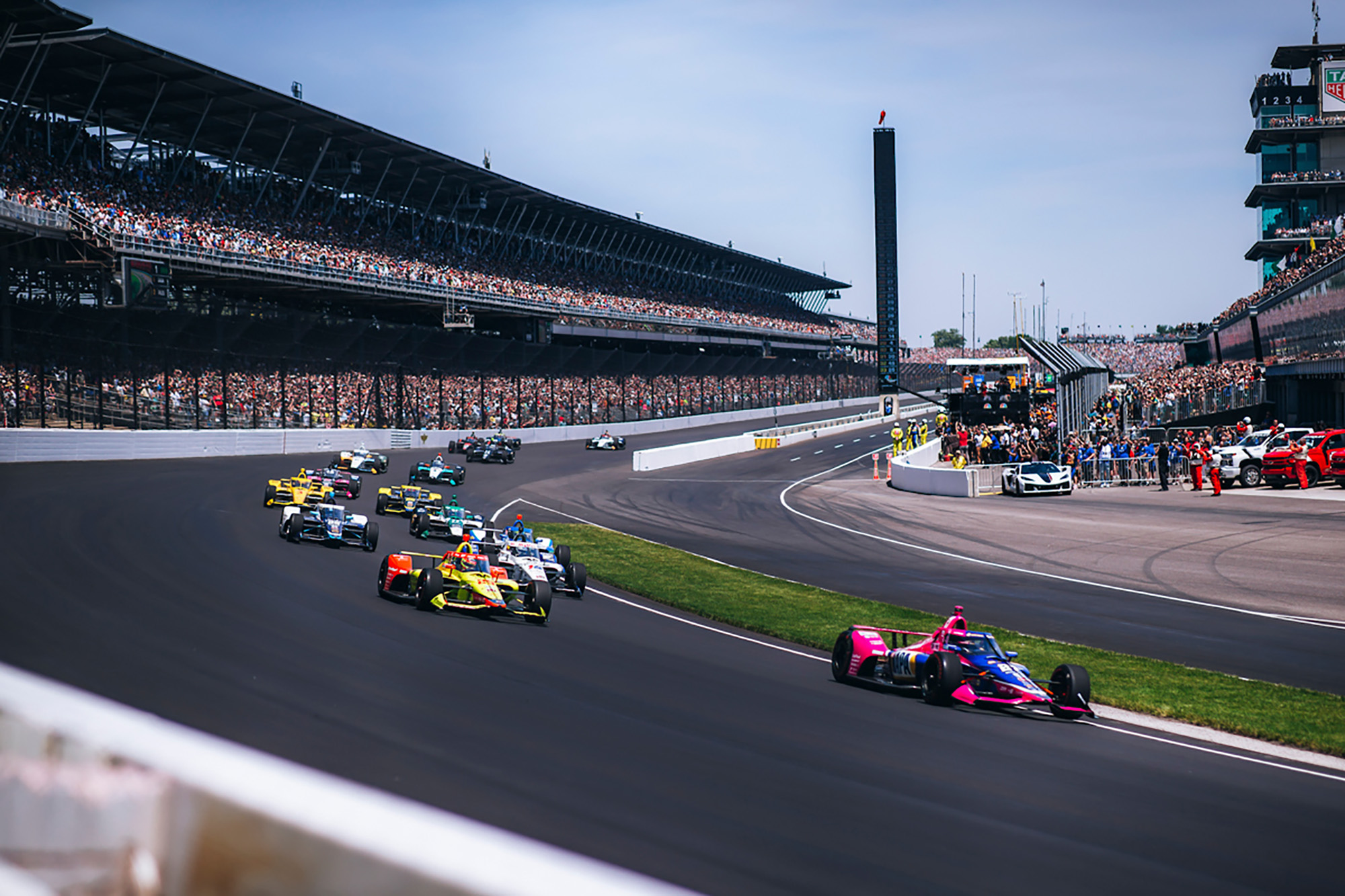 In the modern age of rapid brand refreshes and shifting sponsor deals, a long-standing relationship like the one between TAG Heuer and the Indianapolis 500 is a rarity in both motorsports and watchmaking. The Swiss brand has been a top-level sponsor at IndyCar’s crown jewel event since 2003, but the partnership between the race and the famously motorsport-obsessed watchmaker runs far deeper. There have been specialty Heuer models commemorating the Indy 500 dating back to the ‘60s, and with its high-profile influence in international motor racing TAG Heuer has always carried an outsize presence at the event. The 106th running of the Indy 500 on May 29, 2022 saw the return of the traditional massive crowds and elaborate pageantry of the race after two more somber pandemic-affected years, and TAG Heuer took full advantage of the more bombastic atmosphere to celebrate its deep legacy at the event with a variety of incredible timepieces. 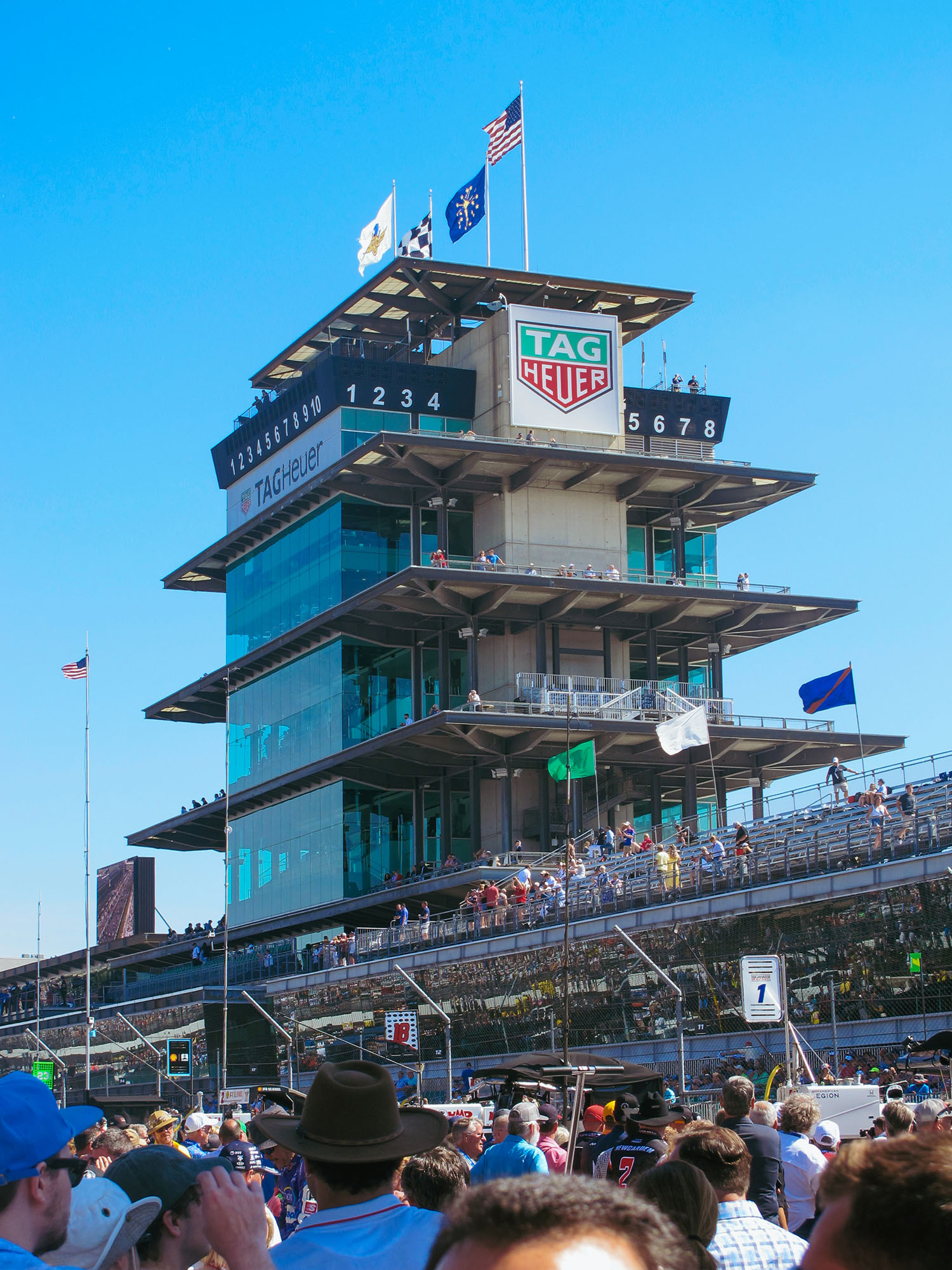 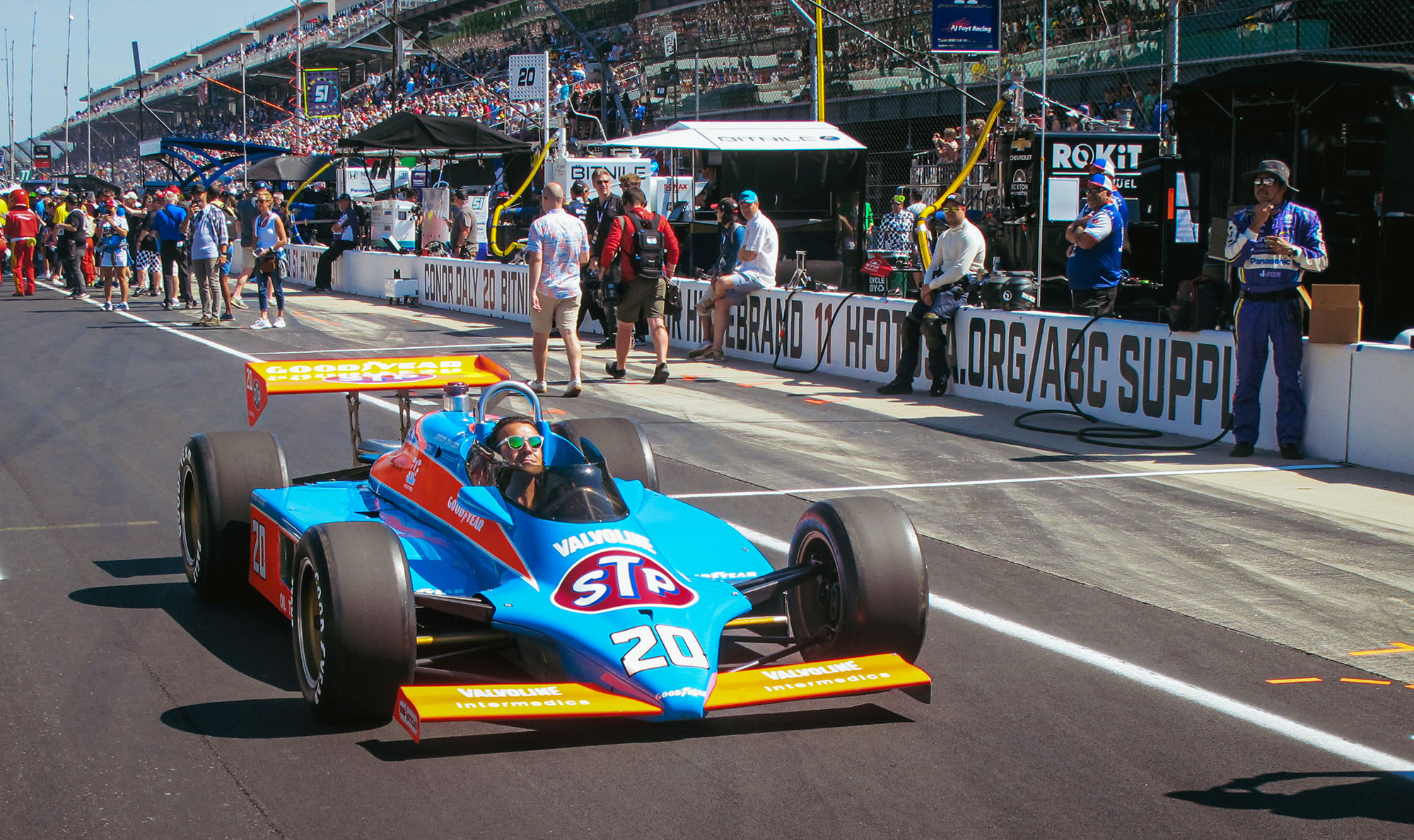 The Indy 500 is rightly billed as “The Greatest Spectacle in Racing,” and gazing out over a sea of 335,000 spectators around the 2.5-mile circuit, it’s easy to see why. This is the largest single-day sporting event on Earth — far larger than any Formula One grand prix, and nearly five times the attendance of this year’s Super Bowl. The sheer scale of the event simply does not translate in photos, or on television. Over the 200-lap race, average lap speeds at the front of the race exceeded 218 miles per hour, with 33 entrants screaming through the circuit’s four banked turns mere inches from one another. 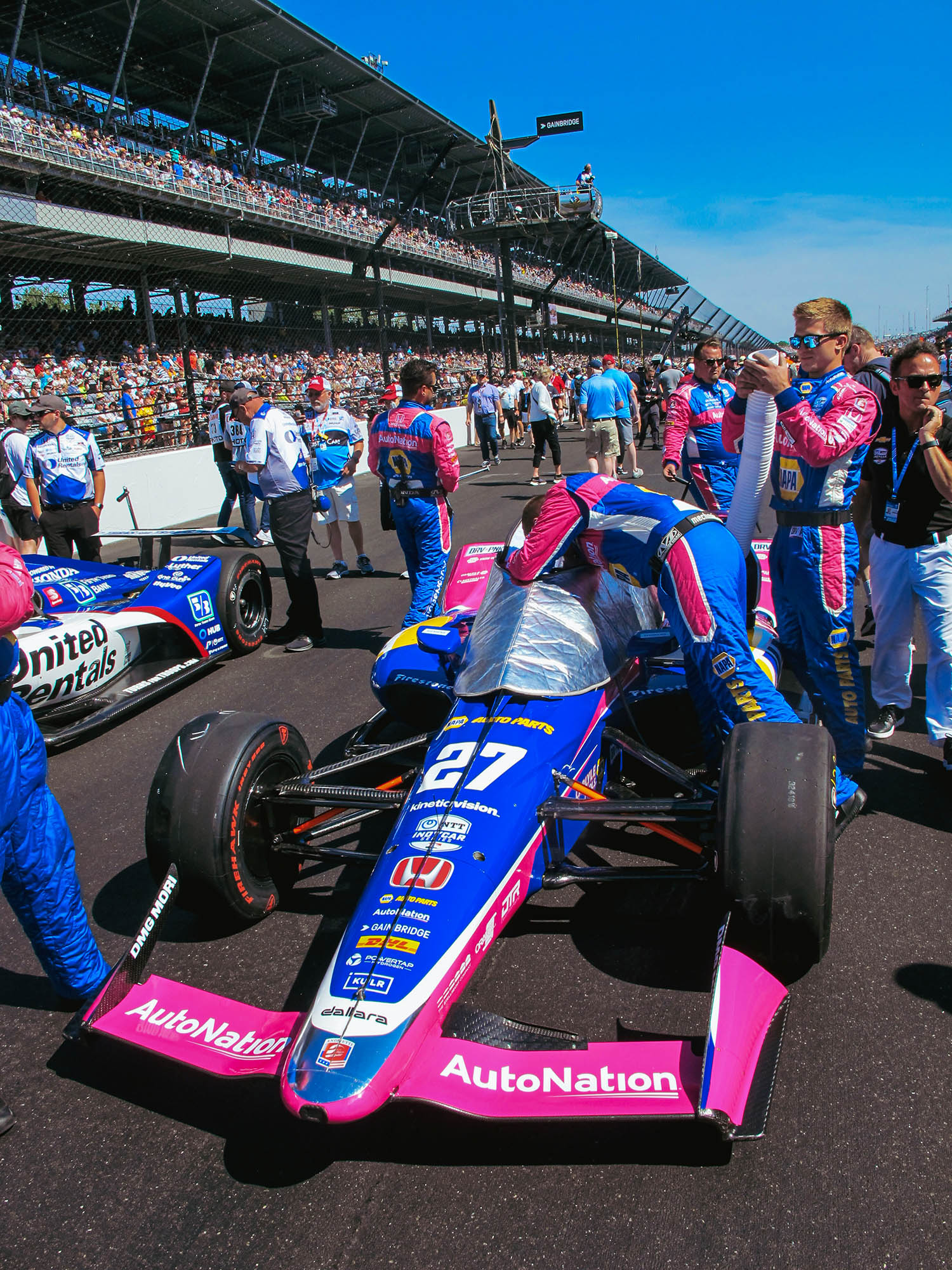 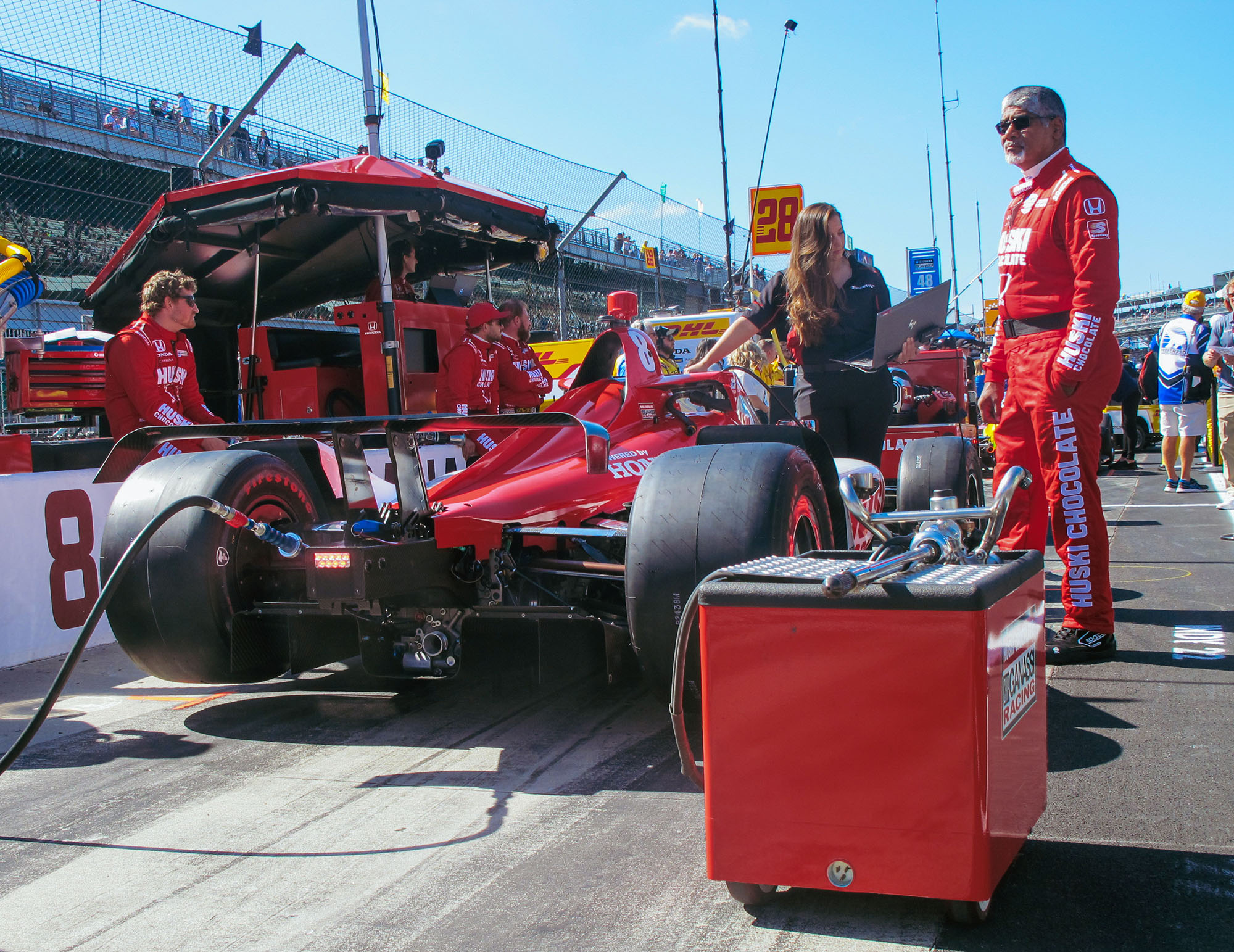 Simply put, this is racing’s greatest show on Earth, and this year’s event delivered drama in spades from the late-race penalty knocking front-runner Scott Dixon out of contention for the win to the final one-lap shootout between Arrow McLaren SP driver Pato O’Ward and eventual winner Marcus Ericsson. TAG Heuer’s ambassador at the event, Andretti Autosport driver Alexander Rossi, overcame a challenging qualifying position and charged through the field throughout the race, climbing from 20th place at the start to claim a hard-fought fifth-place finish. Despite the team’s qualifying woes, Rossi seemed confident ahead of the race, saying, “The whole month, the car’s been good… The general balance has been there. It’s a fuel mileage race, and the game plan for us is to extend each stint, because starting 20th, it’s a lot easier to save fuel than it is at the front.” 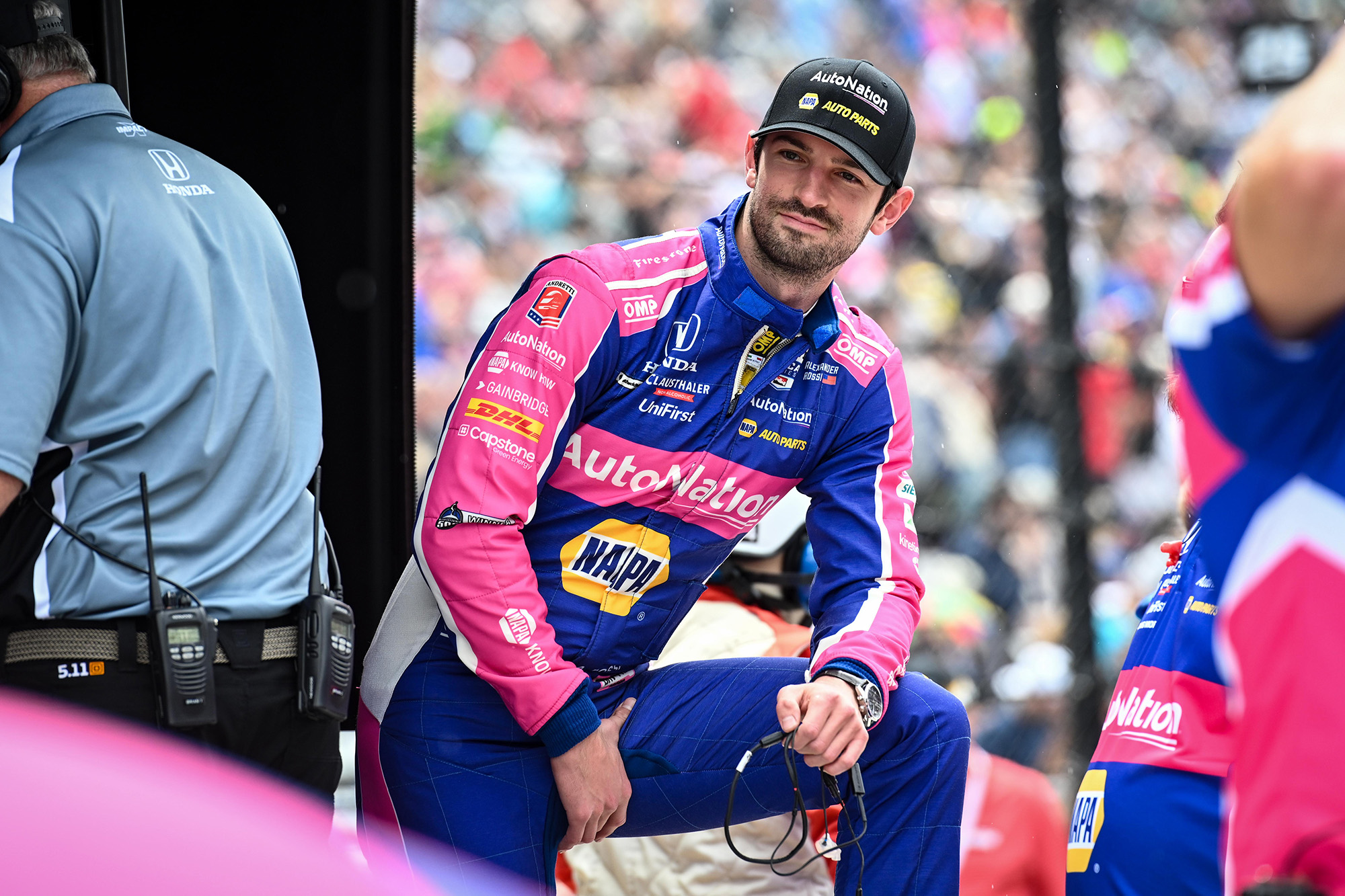 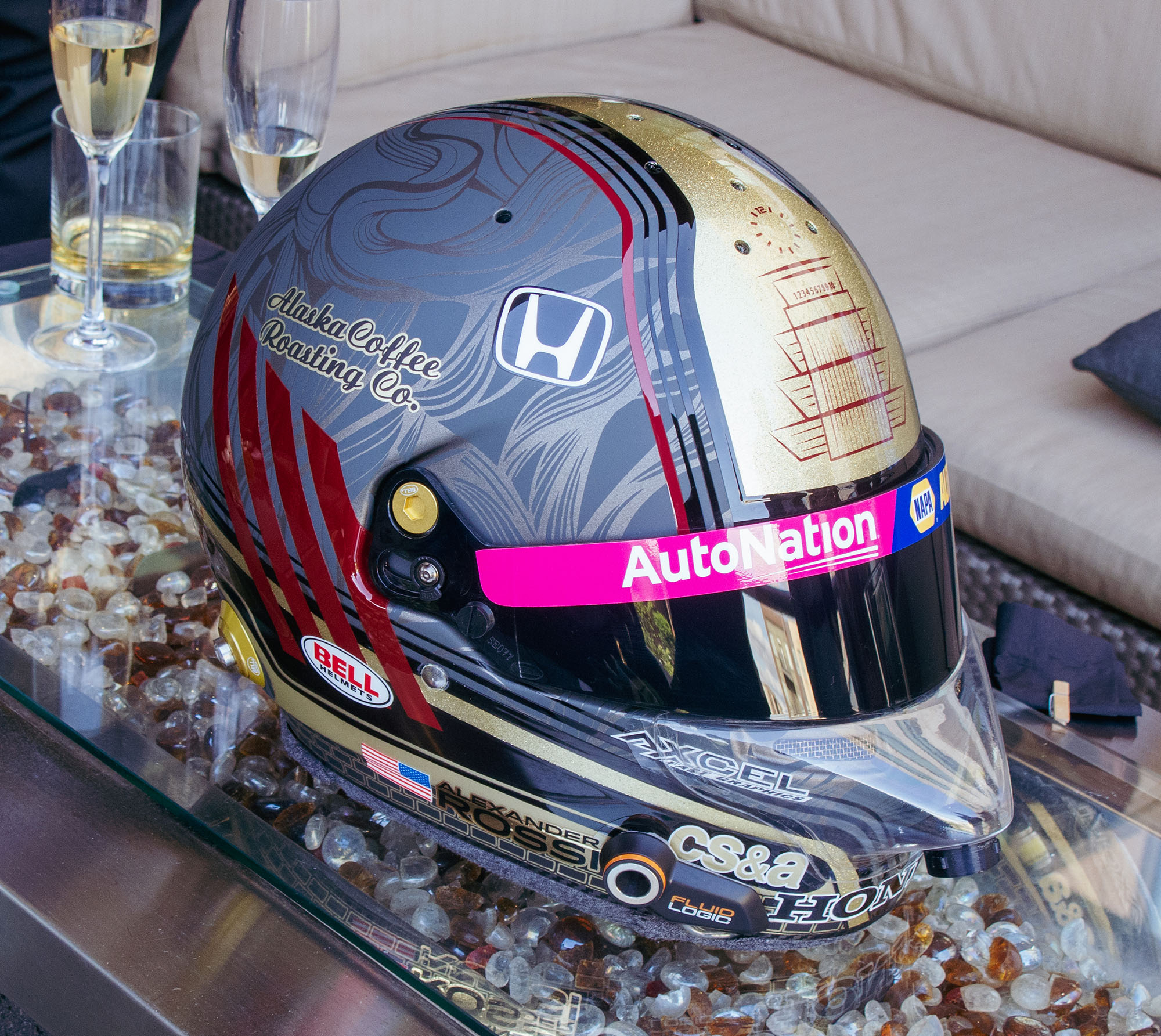 Outside the car, Rossi had plenty to celebrate, with the official announcement of this year’s commemorative TAG Heuer Formula 1 Indy 500 Limited Edition (sadly sold out by the time of the event). The American driver had an enthusiastic hand in the creation of this year’s design, which was styled to match his one-off custom helmet for the race. Beyond the official tie-in, however, TAG Heuer’s presence at this year’s Indy 500 was a deep and passionate celebration of the brand’s connection to motorsports. 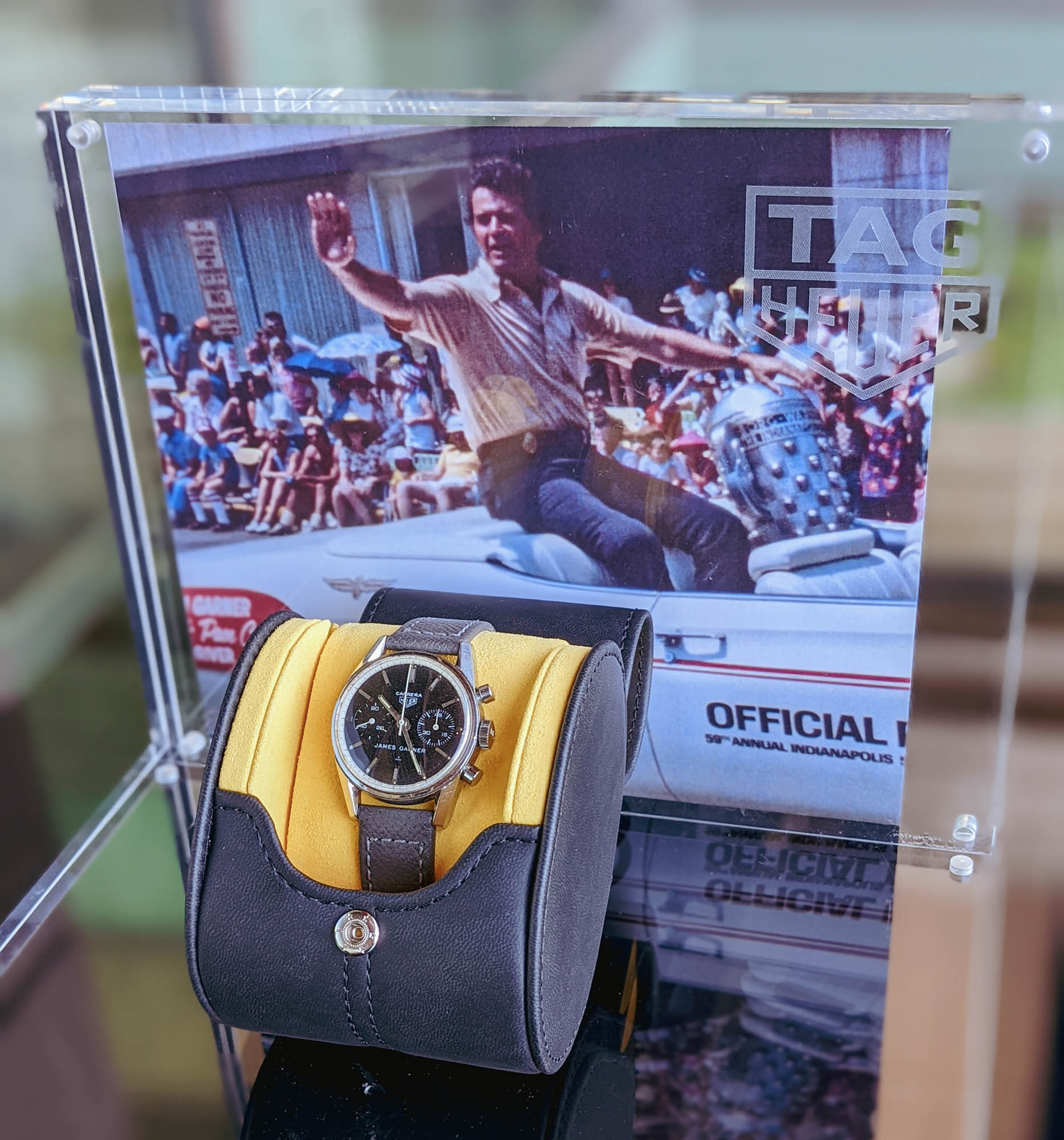 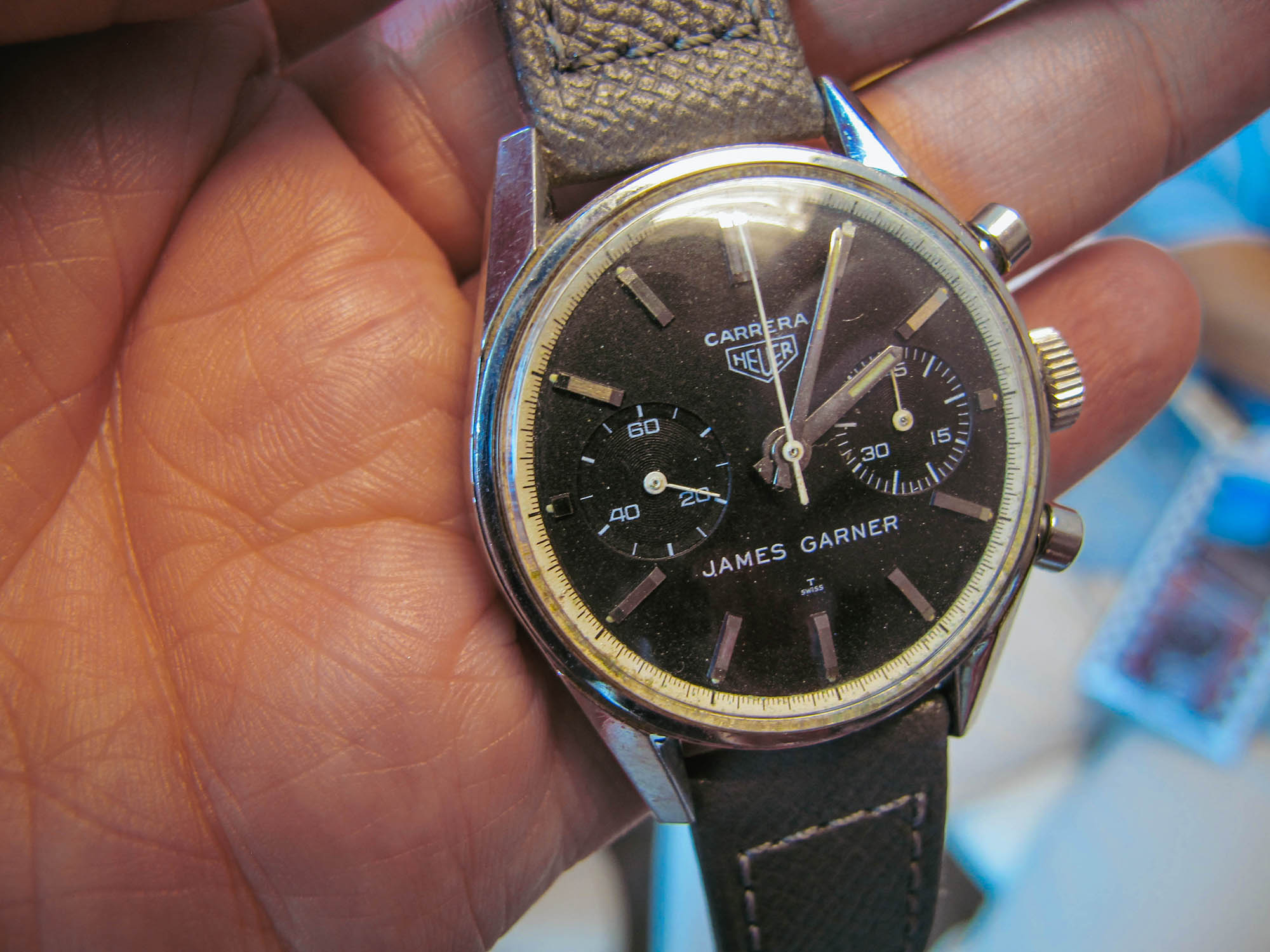 Brand representatives and guests turned out to the event with a spectacular array of racing-inspired TAG Heuer timepieces both old and new. Without a doubt, the star of the show was the one-of-one 1966 Heuer Carrera custom-made by the brand for legendary actor, amateur racer, philanthropist, and three-time Indy 500 pace car driver James Garner. Presented by Garner’s daughter, Gigi Garner, this pièce unique signed dial model proudly displays the hard-earned patina of years of regular wear, and stands as a dramatic part of both TAG Heuer and Indy 500 history. This watch is currently slated for auction during the Philips New York Watch Auction, scheduled for June 11 – 12, 2022. 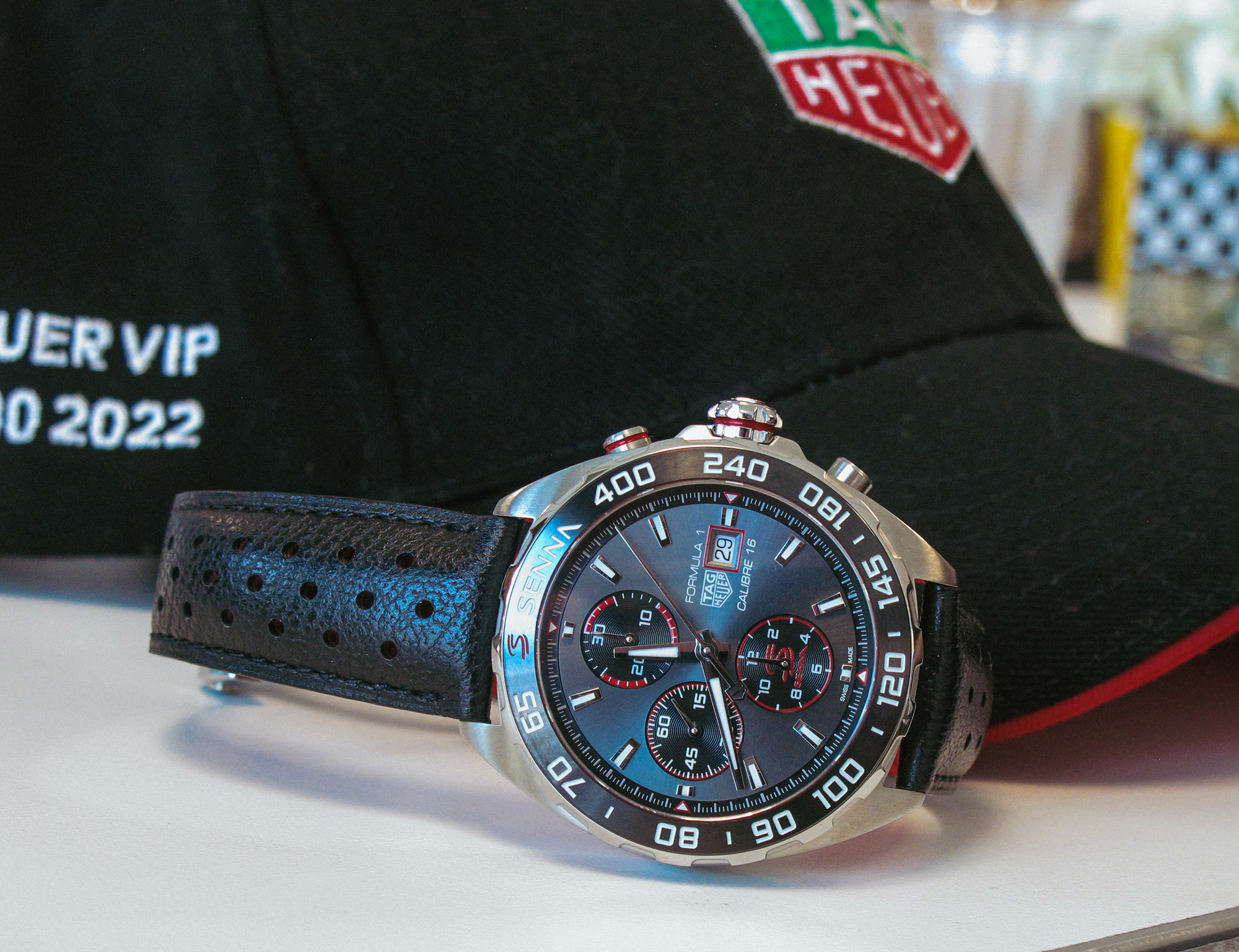 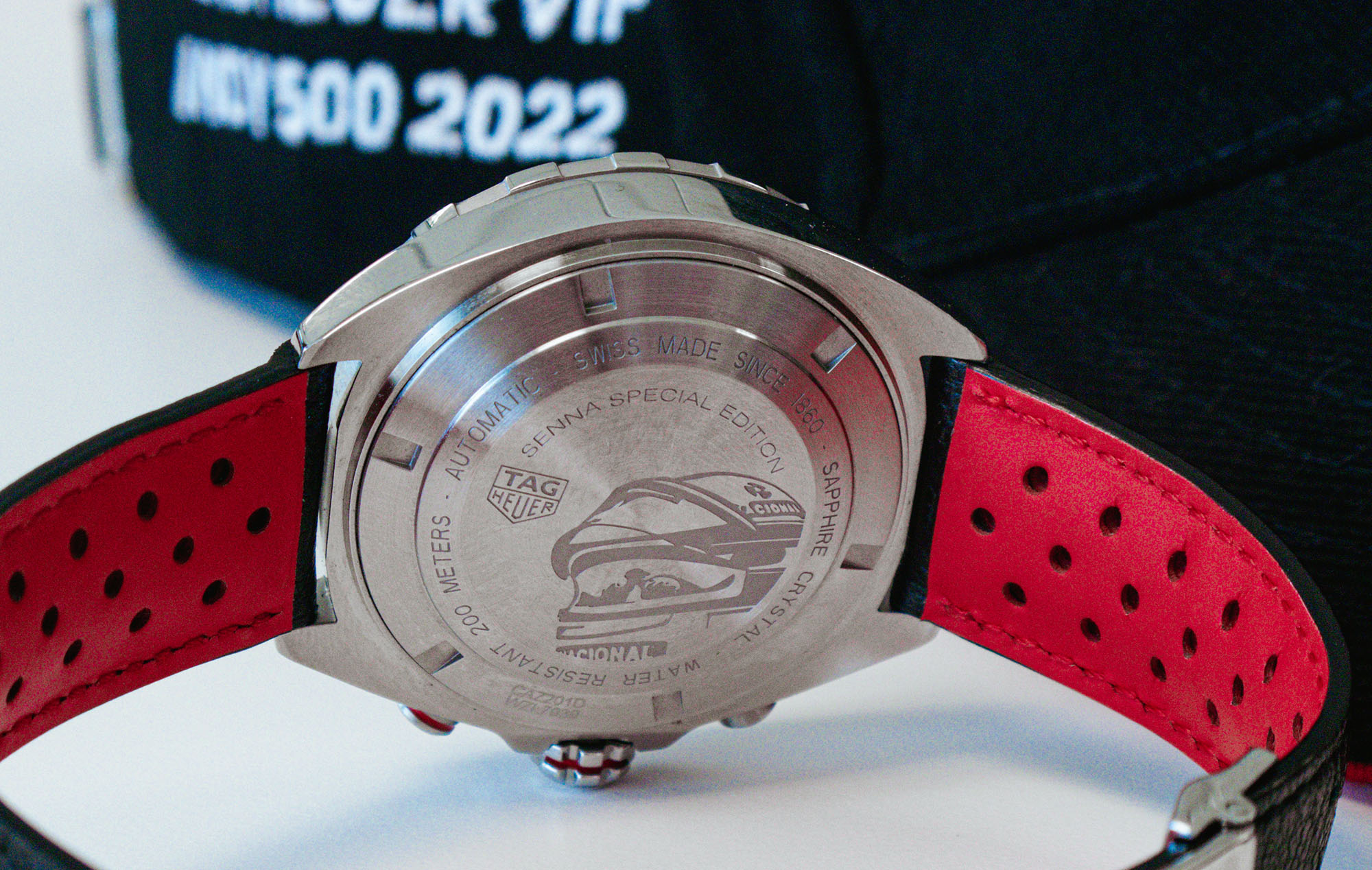 Beyond this one-of-a-kind vintage spectacle, there was a broad spectrum of other TAG Heuer standouts among the crowd. The brand lent us a sample of the new Formula 1 Senna Special Edition to wear during the race (first announced here on aBlogtoWatch), and this rugged and capable modern chronograph design delivered reliable performance and a bold racing style throughout the event. The vibrant red highlights give this already aggressive design a further track-inspired punch, while the visual nods to the late Brazilian Formula One great Ayrton Senna fit in surprisingly well at Indianapolis (while best known for his exploits in Formula One and to a lesser extent at Le Mans, Senna did test a PC-22 IndyCar for Penske in December 1992). The engraved caseback is particularly well-executed, with a rendition of Senna’s classic helmet that strikes an ideal balance between detail and style. 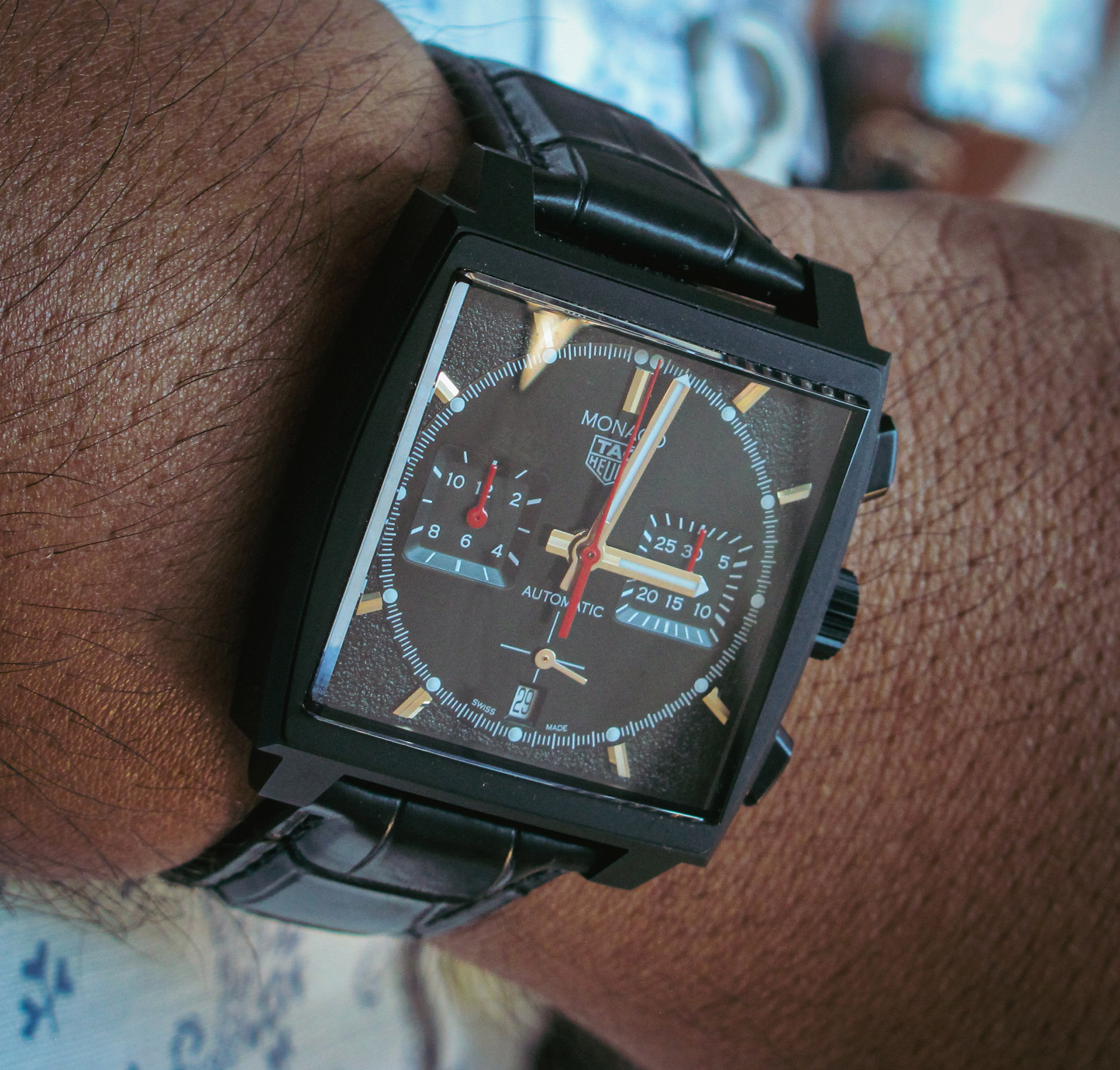 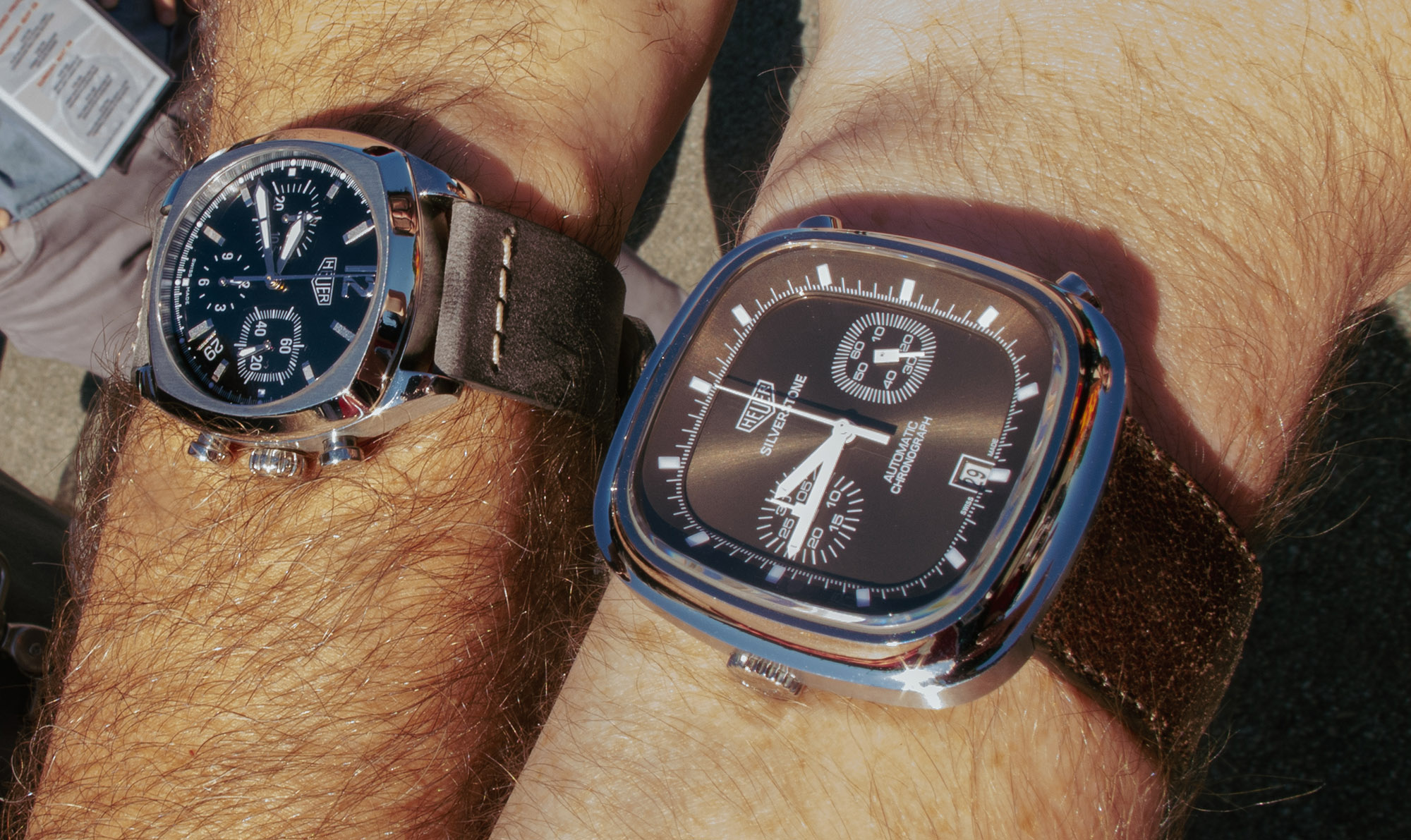 Other modern standouts included the Carrera x Porsche Limited Edition, the brand-new TAG Heuer Monaco “Dark Lord,” and 2021’s stellar Monaco Titan. On the less recent side, everything from the ’90s-era TAG Heuer Carrera Reissue, to the handsome TAG Heuer Monza Calibre 36, to James Garner’s personal late-‘80s TAG Heuer Professional 1000 two-tone quartz diver made an appearance. Even this writer couldn’t resist double-wristing with his own personal Heuer Silverstone reissue from 2010. 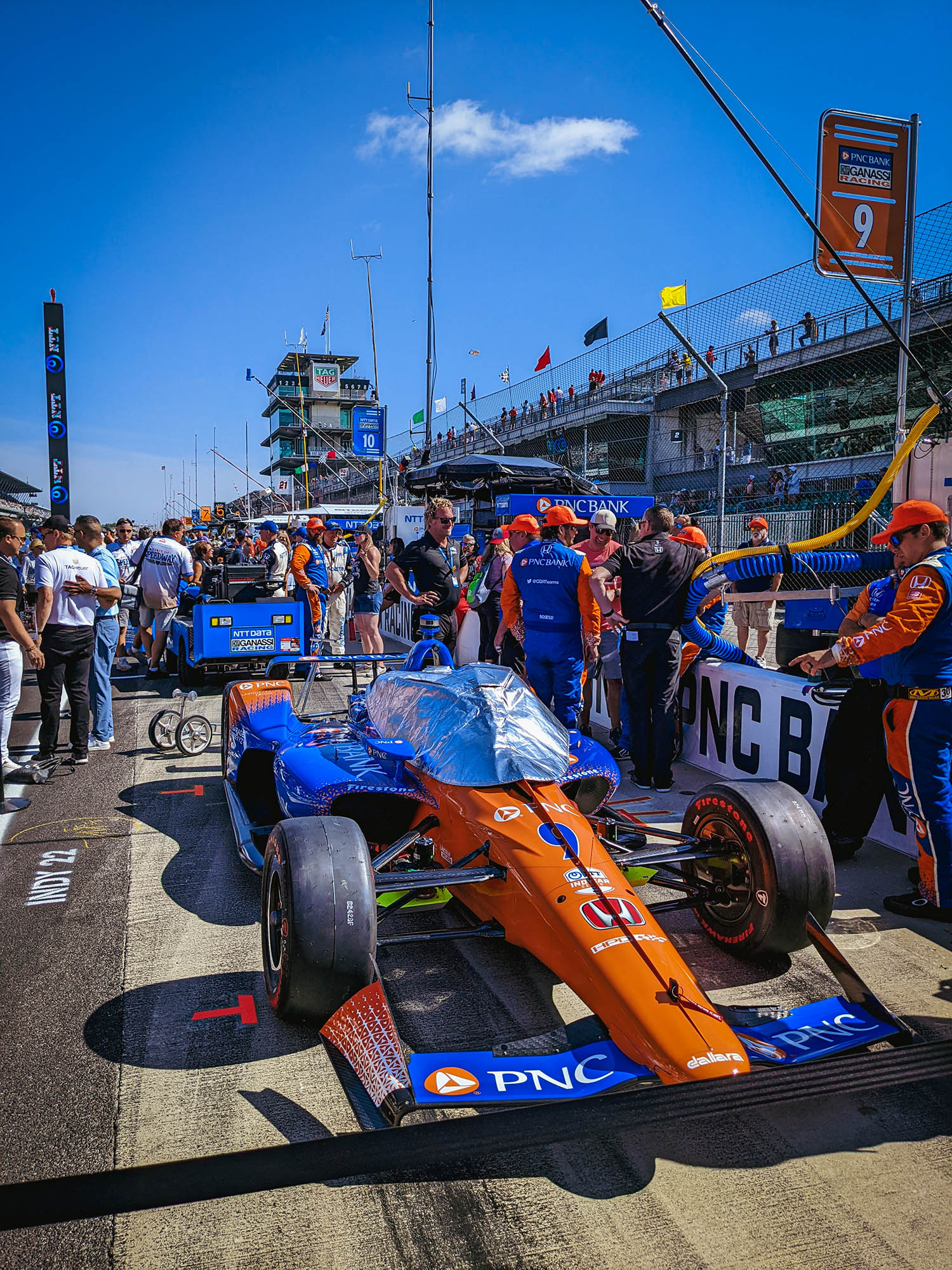 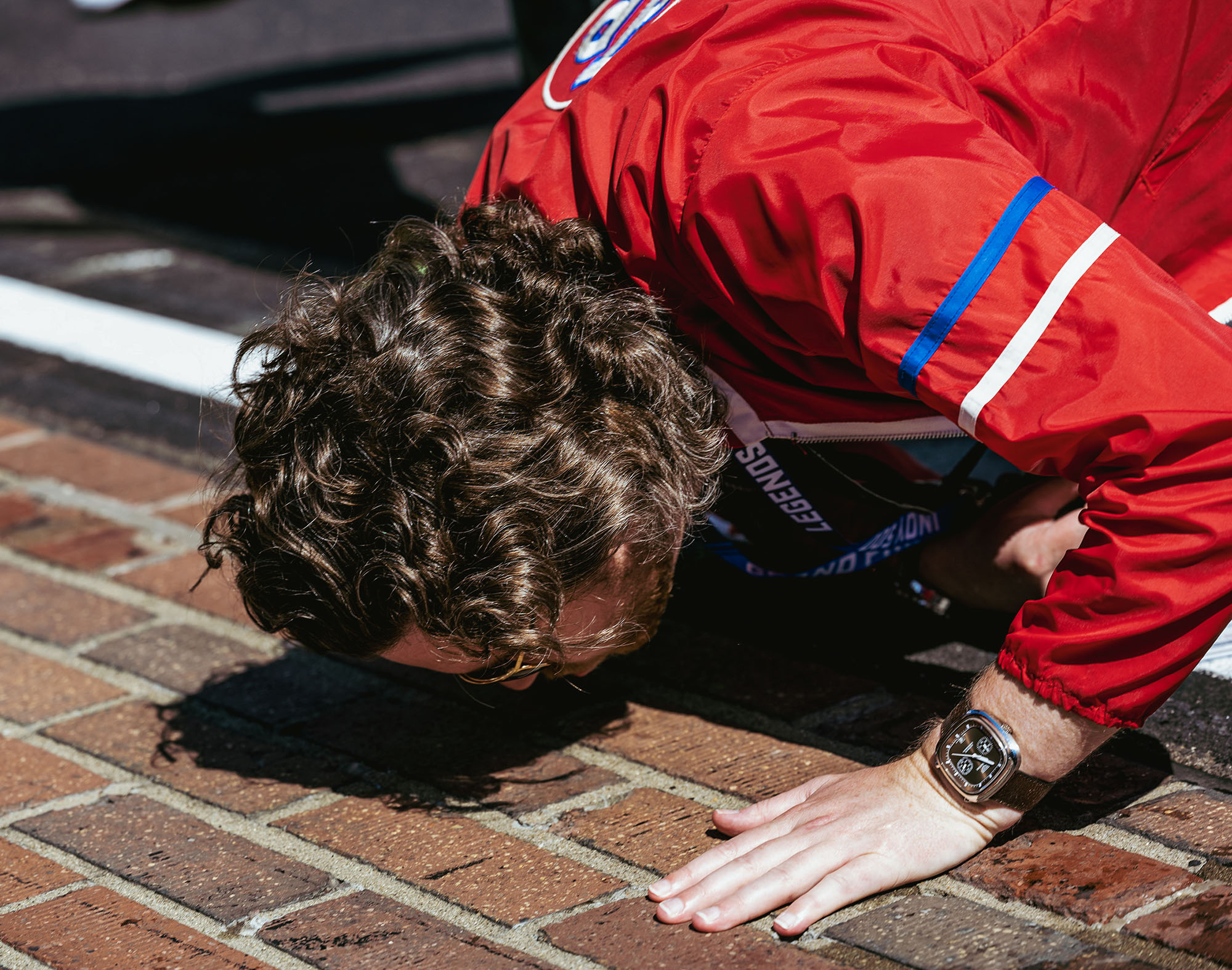 Yours truly, kissing the famous bricks at the start-finish line. Photo courtesy of Blake Buettner.

The Indianapolis Motor Speedway used a special advertising tagline for this 106th edition of the race – “Back Home Again.” Rendered on billboards, T-shirts, and signage throughout the event, this served as both a sly reference to the traditional sung rendition of “Back Home Again in Indiana” that begins the festivities at each year’s race (most famously by TV’s Gomer Pyle, Jim Nabors), as well as a clear signal that this year’s 500 would be back to the sense of scale, tradition, and spectacle that has made this one of the world’s greatest sporting events since 1911. While the race certainly delivered on this promise, this “Back Home Again” sentiment rings equally true for TAG Heuer itself. Arguably more than any other watch brand, this is a company whose legend was born on the race track, and its current strategy wholeheartedly embraces this unmatched racing heritage both at the 500 and around the globe. For a journalist who has followed racing since before he could walk, and whose earliest dream was to race in IndyCar, it felt a little like being “Back Home Again” for me, too. 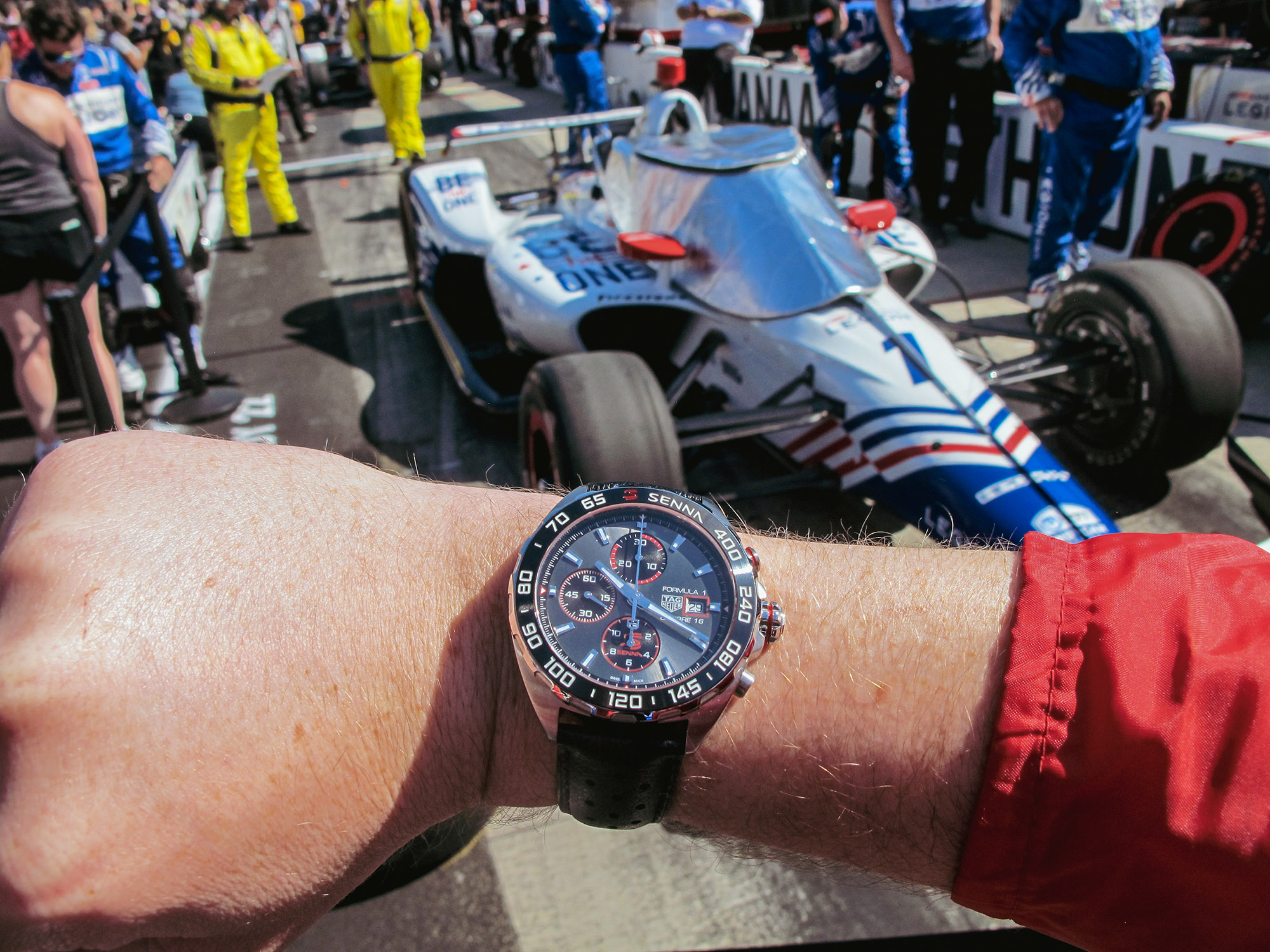 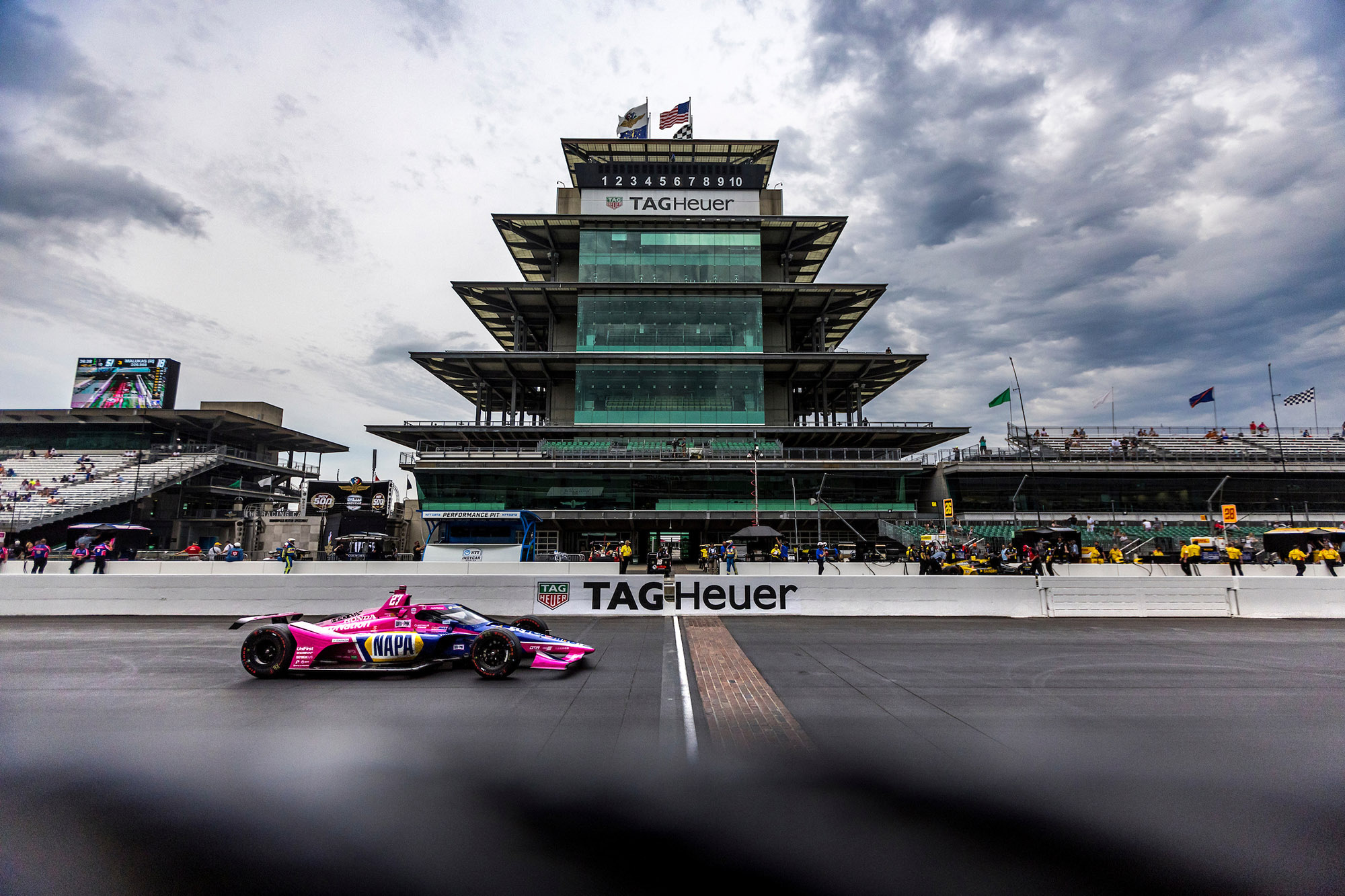 With an incredible mix of rare timepieces, spectacular racing, and a palpable sense of passion for the sport, TAG Heuer’s presence at the 2022 Indianapolis 500 was a moving celebration of the shared heritage between these two racing legends. To learn more about TAG Heuer’s current watch offerings and its long history in motorsports, please visit the brand’s website.