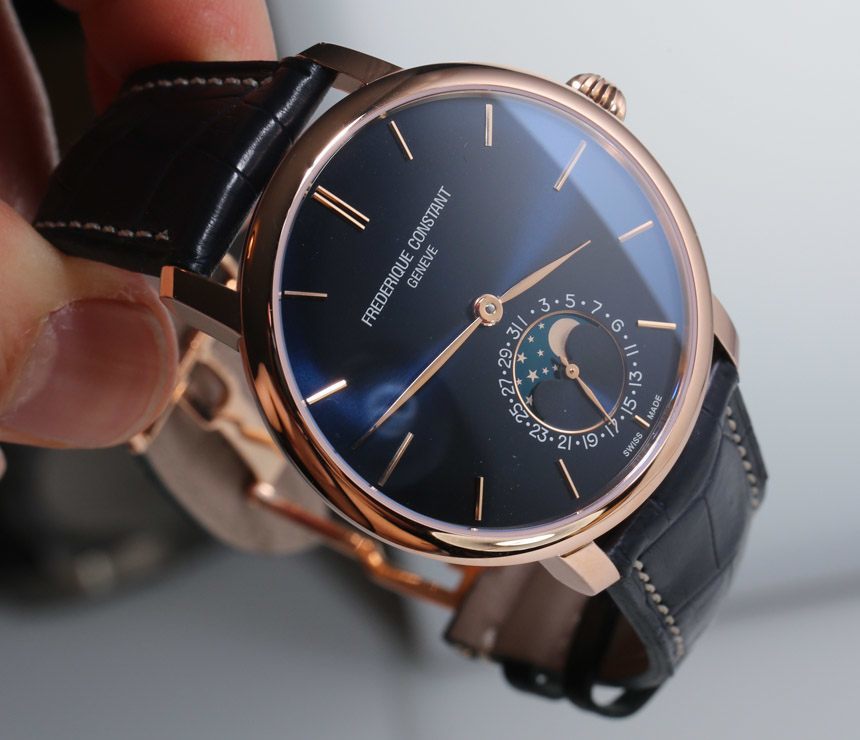 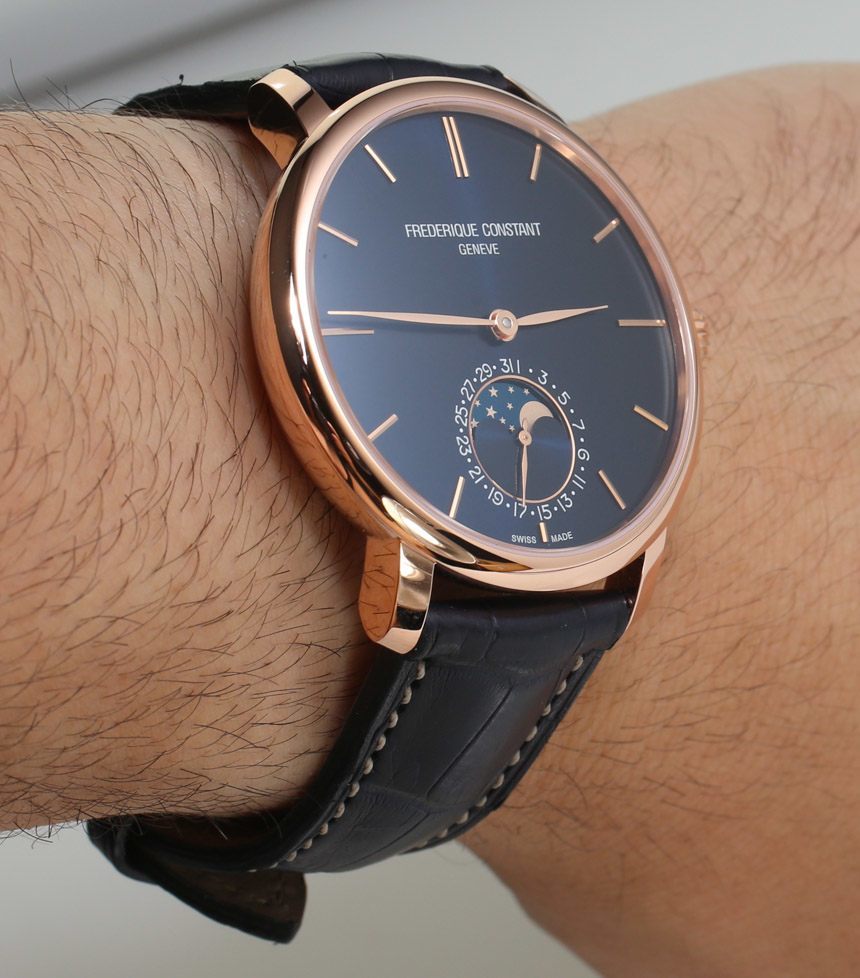 This isn’t going to be a typical aBlogtoWatch review, because this is a watch I made myself. Given that little fact, and some added personalization, I have special feelings toward this Frederique Constant Slimline Moonphase watch. So, what I will do in this review is discuss the timepiece itself and then some of the qualities that make it different from what you can buy. That more or less means you aren’t going to be able to make one yourself, unless you are really, really lucky.

In the late Spring of 2013, I traveled with an aBlogtoWatch audience member to Frederique Constant in Geneva in order to build a watch. This was the result of a giveaway we did in December of 2012, which promised that one lucky person would travel with me to Geneva to learn how to build a watch and take the result home with them. In fact, the winner Andrew even wrote an article here on his experience. So, with that in mind, let’s talk about the Manufacture Slimline Moonphase watch that I happen to know rather well inside and out. 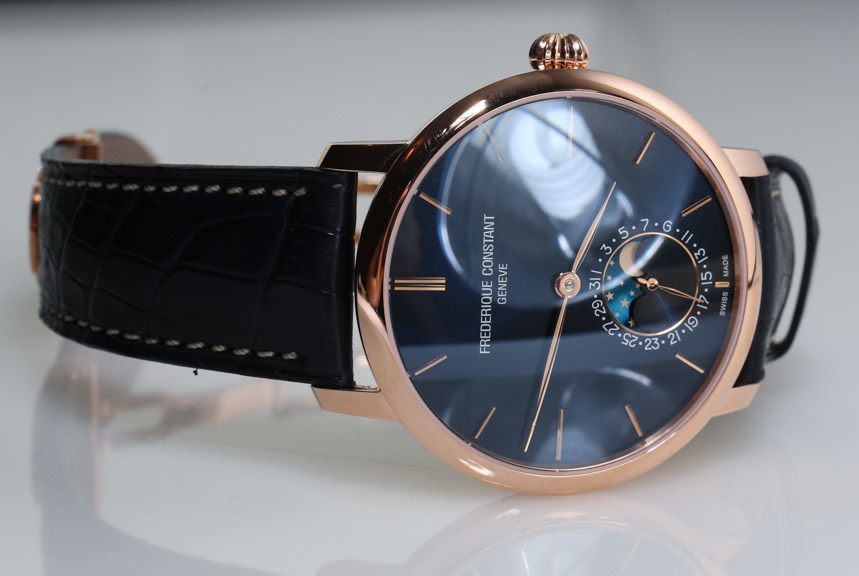 The Manufacture Slimline Moonphase combines a lot of great elements in one timepiece. First, it is elegant and dressy. Second, it is modern in its size. Third, it is relatively slim for an automatic watch. Fourth, it contains an in-house made automatic movement. And fifth, relatively speaking, it is quite affordably priced. Together, that makes for rather nice argument when posing a Manufacture Slimline watch (Moonphase version or otherwise) against the competition.

At 42mm wide, it can be said that the Slimline Moonphase wears large (which is a good thing in my opinion) due to the rather slim bezel. However, the more conservatively spaced lugs allow it to wear in traditional manner. So, all in all, it balances out to a solidly “42mm wide” looking case. I wouldn’t call Slimline Moonphase “ultra slim” because it is not. The case is 11.3mm thick, but it happens to wear very low on the wrist. Part of this is due to the bowl-like design of the case where it is thicker in the middle but slimmer toward the edges. 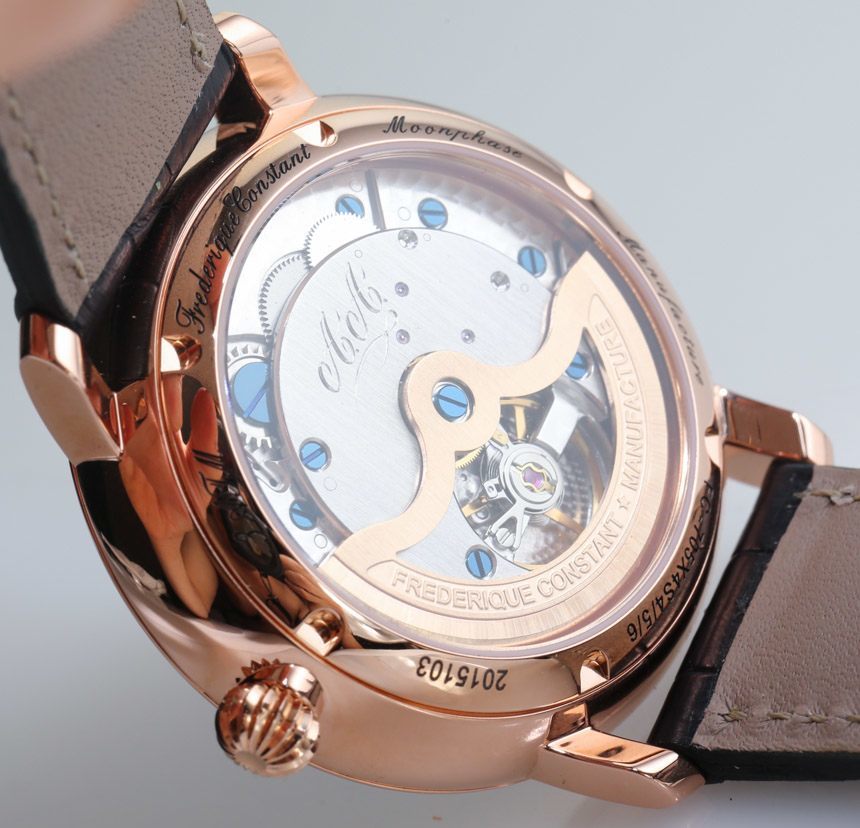 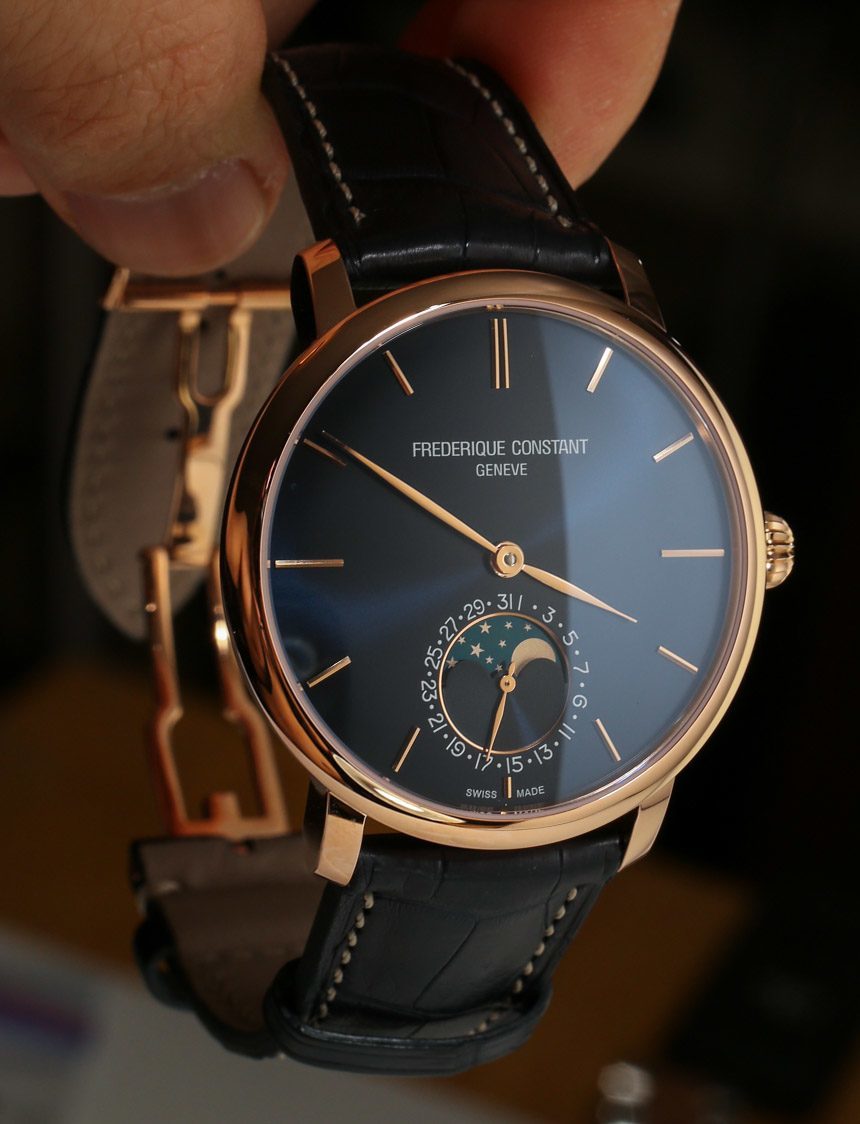 Design-wise, the slightly unique case is matched to an elegant dial, no doubt inspired by some of last century’s most iconic dress watches. While the dial feels familiar, it is also very approachable and familiar looking. A lot of that has to do with the thin needle-style hands and applied baton hour markers. They are legible, but create a great sense of open space on the dial due to their slim sizes. Breaking up the simplicity of the face is a date indicator subdial that includes a moonphase indicator. If there is anything else I could ask for on the dial, it would be a day of the week and month indicator via small windows under the Frederique Constant logo to make this a lovely triple date moonphase dial.

Inside the watch is Frederique Constant’s in-house made and designed caliber FC-705 automatic movement. The movement is essentially the Frederique Constant caliber FC-710 (inside the Classics Manufacture watch reviewed here) with a moonphase and without the central seconds hand. The movement operates at 4Hz (28,800 bph) with 42 hours of power reserve. In fact, this family of movements is perhaps the least expensive Swiss Made calibers produced within the area of Geneva. 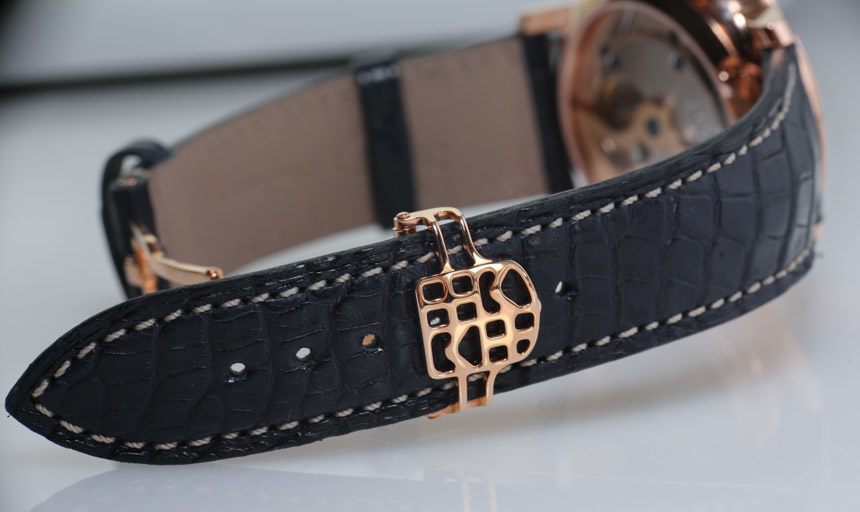