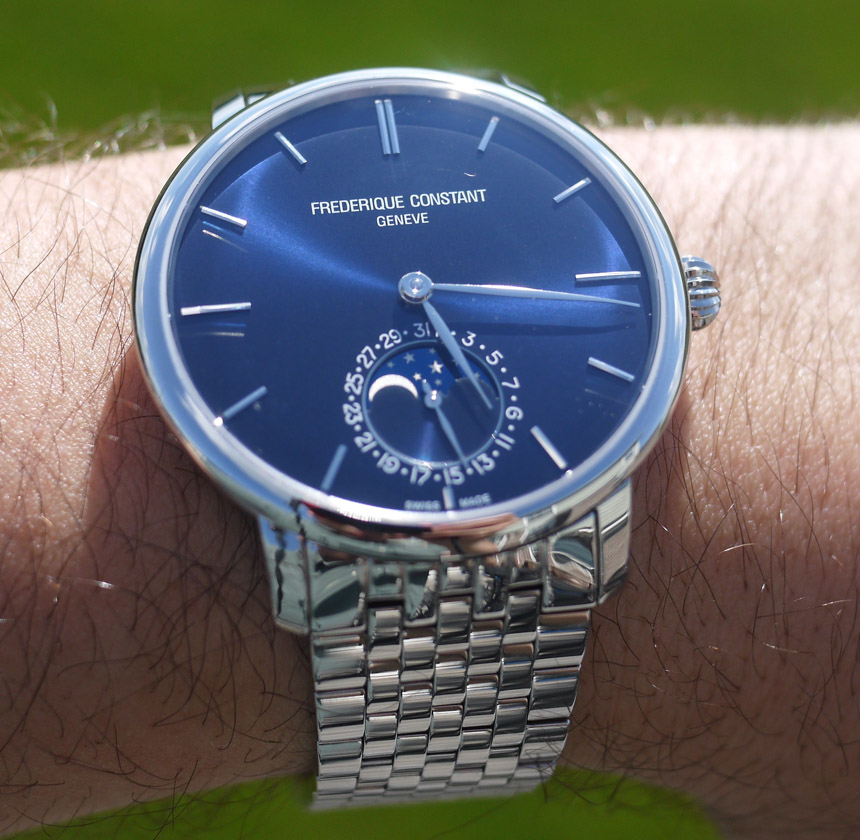 What I Learned Building A Watch With aBlogtoWatch At Frederique Constant 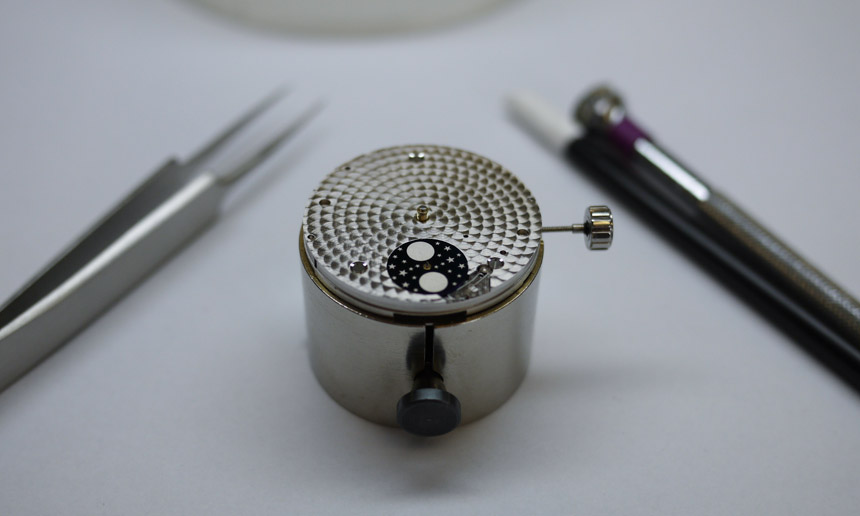 The following article was written by Andrew E. who accompanied aBlogtoWatch Founder Ariel Adams on a trip to Geneva to build a watch with Frederique Constant. This is his account of the experience and you can read Ariel Adams’ full account of “What It’s Like To Build A Watch” here. We thank Andrew for recounting his experience and sharing his mutual passions for watches:

When I first tried to describe what it was like to win the watch lover’s trip of a lifetime, I ended up writing a lengthy travelogue that while descriptive, failed to adequately put into words how it felt to win the aBlogtoWatch/Frédérique Constant Holiday 2012 giveaway. How can you write about something so insanely cool for a watch nerd? Even though the experience has come and gone, I still struggle to describe the mixture of elation, incredulity, excitement, and gratefulness that I feel about the whole thing. So in this article, I would like to paint a broad – and wholly inadequate – picture of what has happened to me since that fateful January day that Ariel Adams told me I was the winner.

So a little about me: my name is Andrew and I’m a surgeon from Indianapolis, Indiana. I’ve always liked watches, but only within the last few years have I really cultivated an appreciation of mechanical watches. Part of my fascination with timepieces is that they are such intricately designed and expertly assembled tiny machines that turn the unwinding of a spring into a useful device that accurately tells time. More personal to me, though, is that with a little maintenance, a watch can serve someone for a lifetime and then be handed down to the next generation for his or her enjoyment. I treasure my father’s and grandfather’s watches, and since I became a parent, I wanted something that I could pass down to my children. So when the opportunity arose on ABTW to travel to Geneva to build a watch at the headquarters of Frédérique Constant and Alpina, I jumped at the chance to enter the contest. Certainly I was comfortable working with my hands, and the chance to assemble something to pass down to my kids was very intriguing. I didn’t think I had a snowball’s chance in Hell of winning, but I figured I would give it a shot. 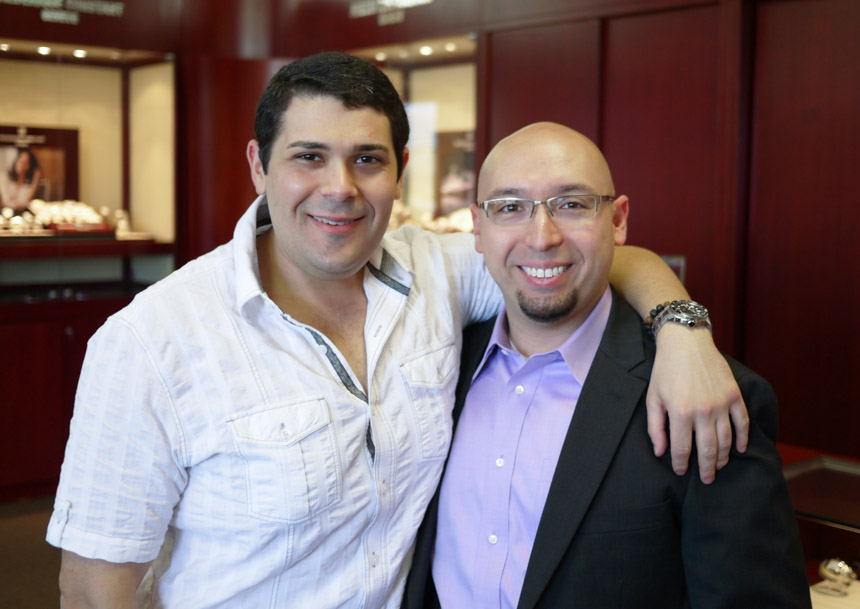 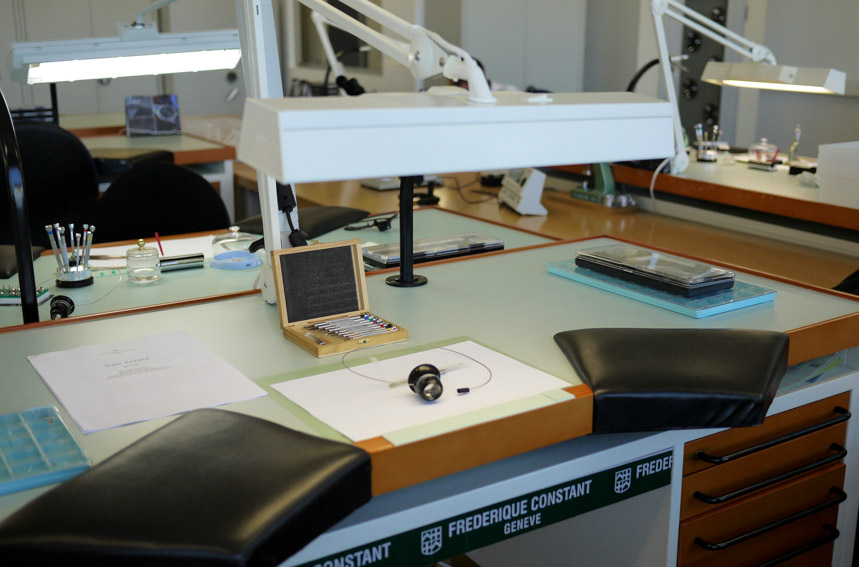 When Ariel emailed me on January 2nd to congratulate me on winning, I thought I was the victim of some cruel Internet hoax. Luckily it actually was Ariel and not a Nigerian diplomat or the UK Lottery, and he assured me that this was real. We made plans for the dates to visit the manufacture, and Frédérique Constant graciously allowed my wife to come for the coolest wedding anniversary trip ever. Sylvie at Frédérique Constant was a great help in arranging travel and preparing me for my first-ever visit to Europe. After the longest 4 1/2 months of my life and a red eye flight (and the accompanying jet lag), I was in Geneva!

We were able to schedule some time to see a little of the city, but obviously the big attraction for me was going to be my time at Frédérique Constant. The evening before the watchmaking program, I finally met Ariel. He’s a lot like he sounds on the HourTime podcasts: funny, extremely knowledgeable, and a veritable encyclopedia of the watch industry. He also seems to know everyone in the watch business, so he was a great resource in getting me familiar with the Swiss watch industry. I think he was as giddy as I was to get a chance to make his own watch. My overall impression of him was that he’s just a neat guy and fun to talk to, and we had a blast over the next few days. 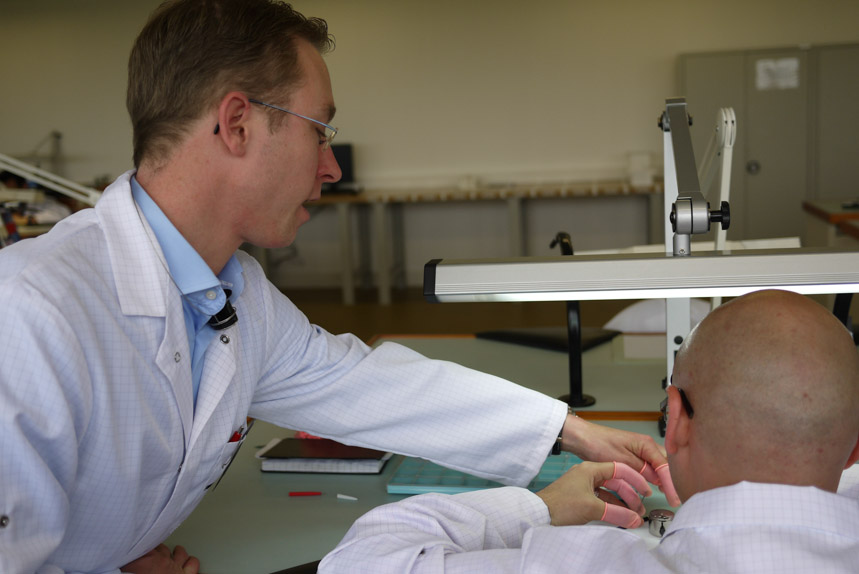