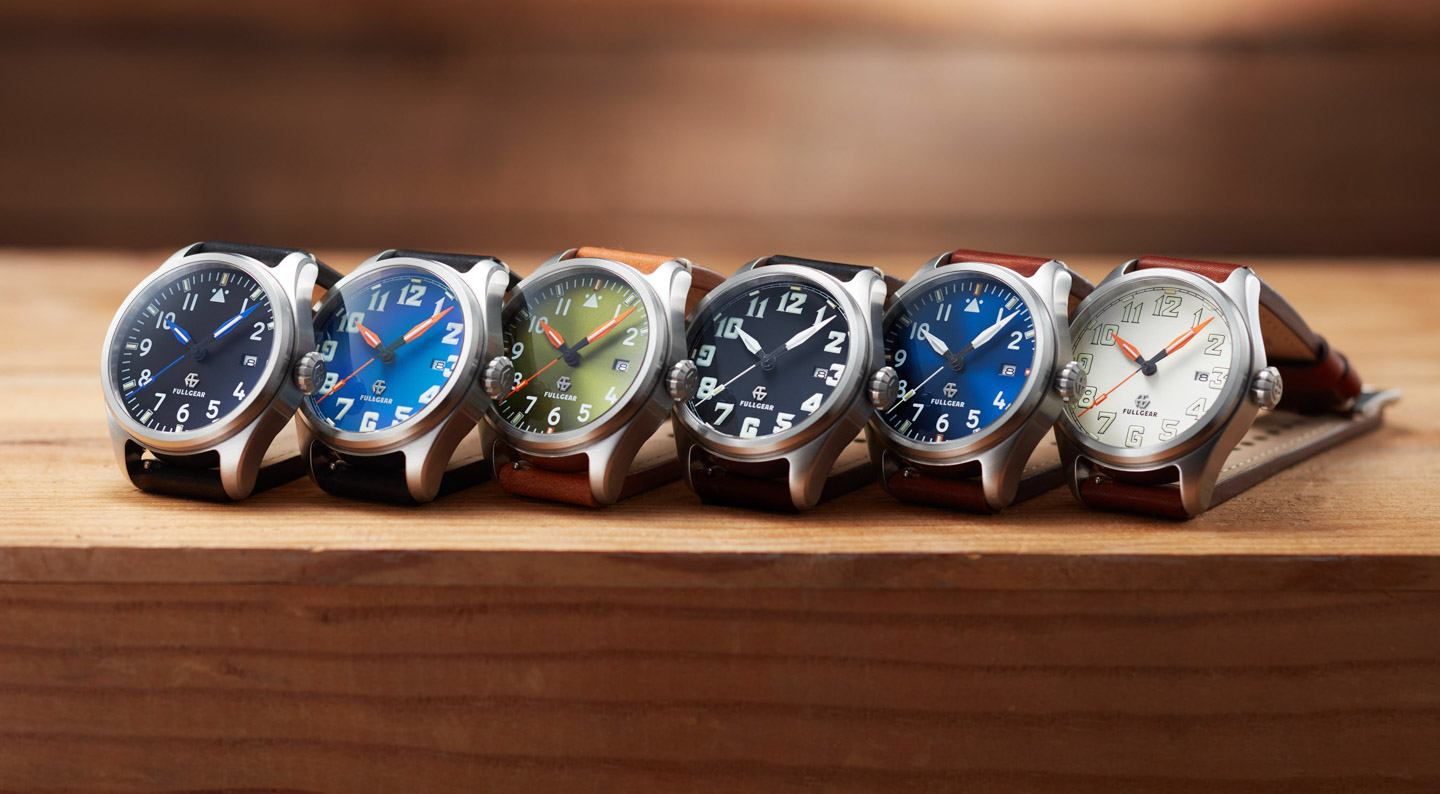 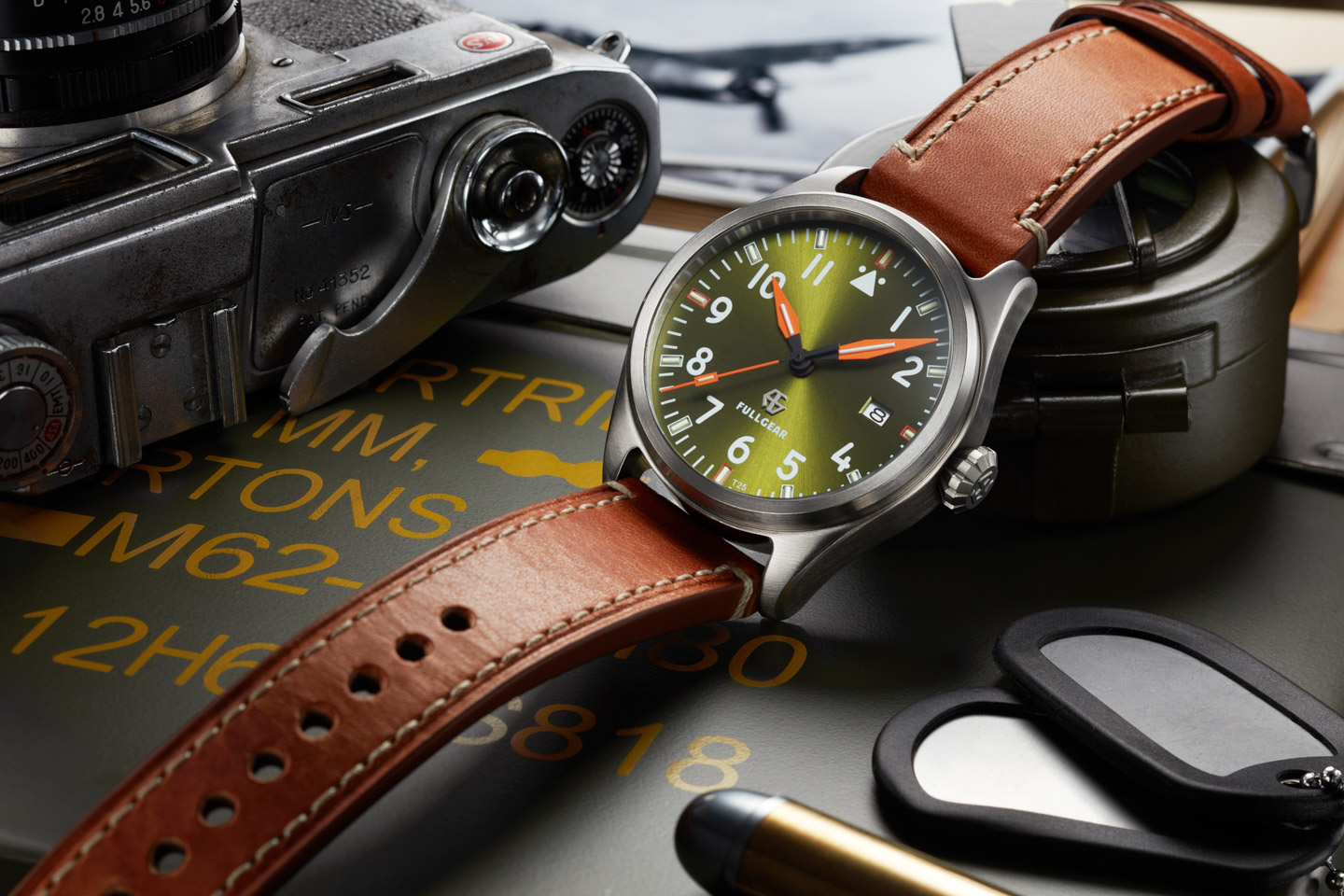 Now on Kickstarter, watch enthusiasts can order a FullGear Pioneer — the world’s first customizable timepiece to feature Swiss Made tritium gas tubes as the illumination system. FullGear, based in Hong Kong, launches with the Pioneer timepiece family that arrives in two major personalizable flavors including the FullGear Pioneer NightMaster and Pioneer Navigator. Each of the Pioneer watches is a traditional aviator in style but can be ordered with a variety of dials, hands, straps, and personalizable surfaces — all for an affordable price compared with much of the competition.

GTLS (gaseous tritium light system) watches are popular because of the small tubes filled with safe amounts of a slightly radioactive formula that self-illuminate without needing to be first charged by light. Traditional wristwatch luminant must first be exposed to light, and it dims appreciably not long after being exposed. Swiss Made MB Microtec tritium gas tubes glow all the time for more than 20 years. The gas tubes are used both in the FullGear Pioneer watch hands and at points around the Arabic numeral hour markers. One major difference between the Pioneer NightMaster and Navigator watches is that the NightMaster dials use both traditional luminant and tritium gas tubes, while the Pioneer Navigator watches are more “tactical” in design, featuring only tritium gas tubes as their illumination system. 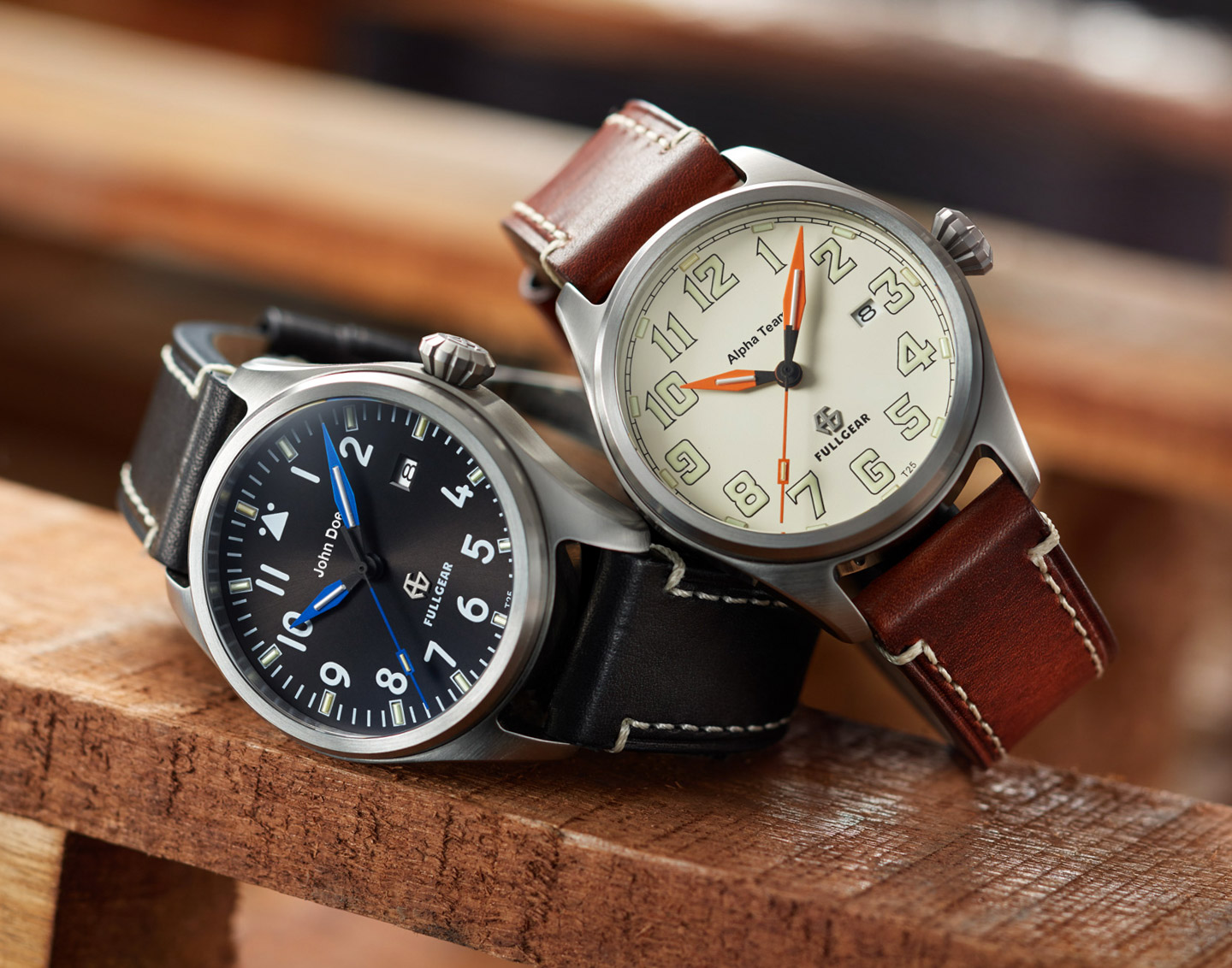 Each FullGear Pioneer watch comes in a 43mm-wide brushed stainless steel case that is 15mm-thick, with a 52mm lug-to-lug distance, and that is water-resistant to an impressive 200 meters with a screw-down crown. Over the dial is a sapphire crystal with two layers of anti-reflective coating.

FullGear Pioneer NightMaster and Navigator watches are powered by a Seiko Instrument (SII) caliber NH35A automatic movements that offer the time plus date. The movements operated at 3Hz offering approximately two days of power reserve. The Pioneer NightMaster cases are paired with a 22mm-wide USA-made oiled leather strap, which comes on quick-release spring bars and is available in a variety of colors. 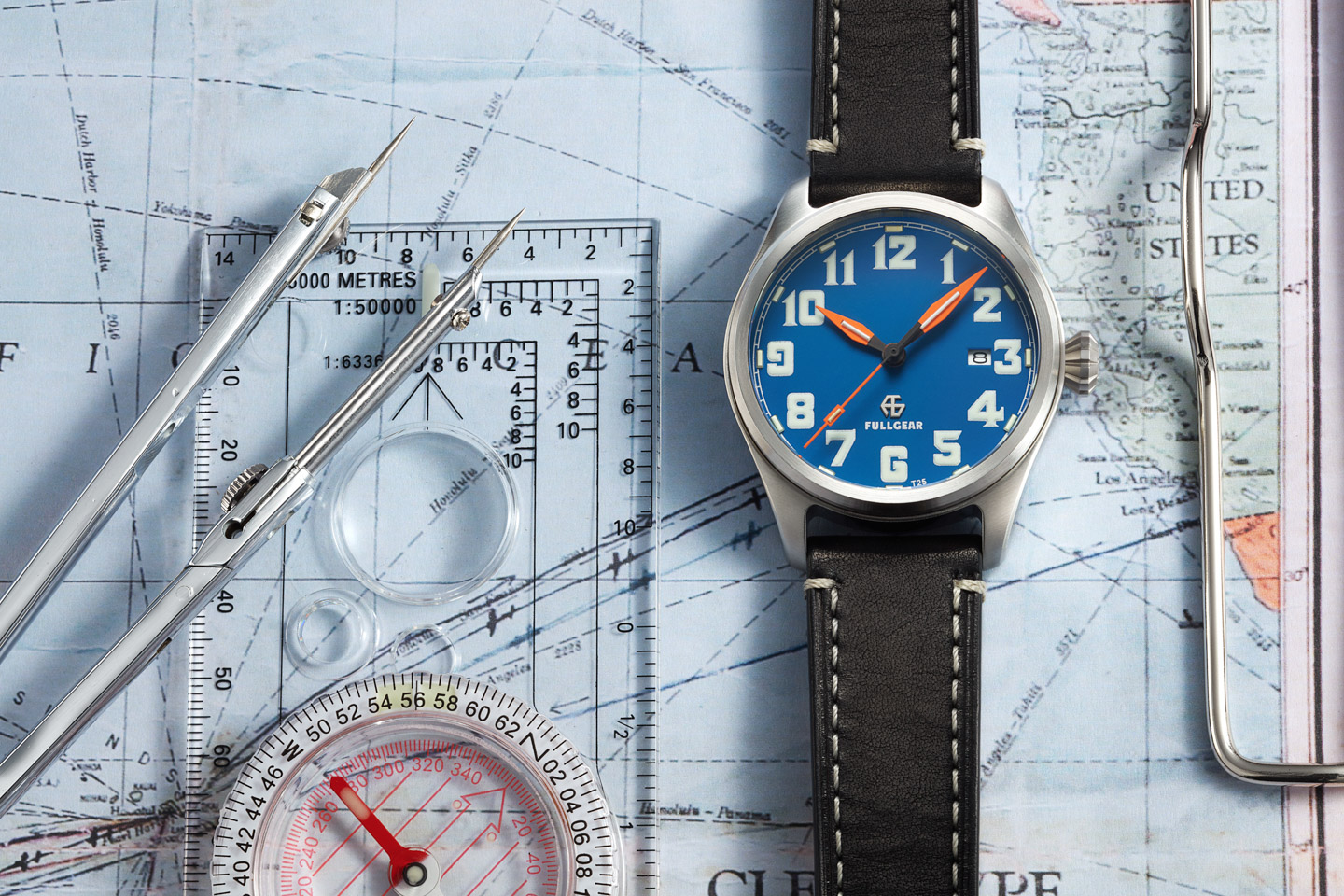 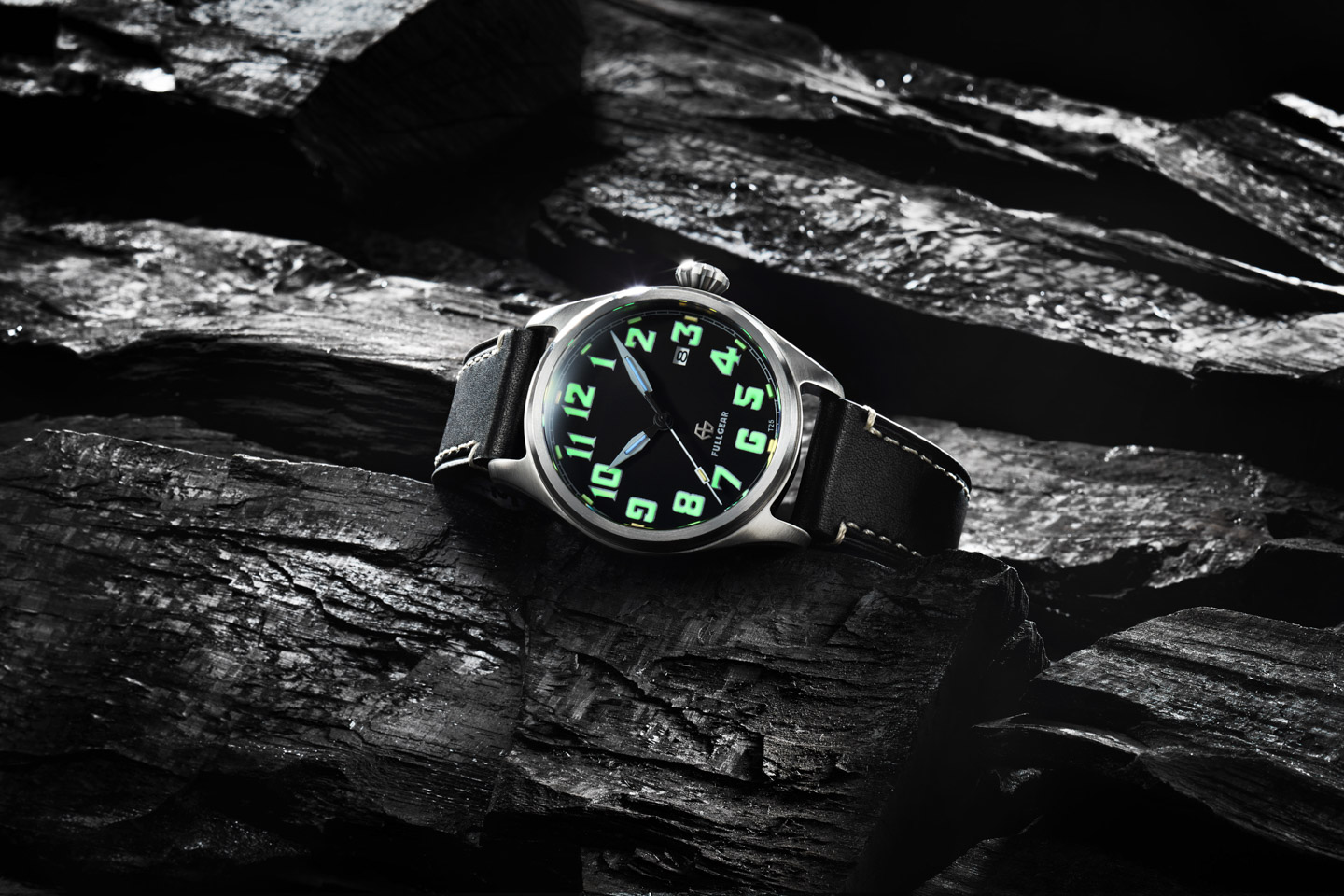 At launch, consumers have two options when it comes to getting a FullGear Pioneer timepiece. The Kickstarter campaign allows watch lovers to purchase a “grab & go” ready-made model (that just needs to be paired with your choice of strap), or the “forge your watch” option, which grants early access to the FullGear online configuration tool. Grab & go FullGear Pioneer watches will be made available with an even more handsome pre-order discount, but consumers wishing to customize their own Pioneer NightMaster and Navigator watches will be given an impressive level of personalization via the online configuration tool — including the ability to print their names on the watch dial. 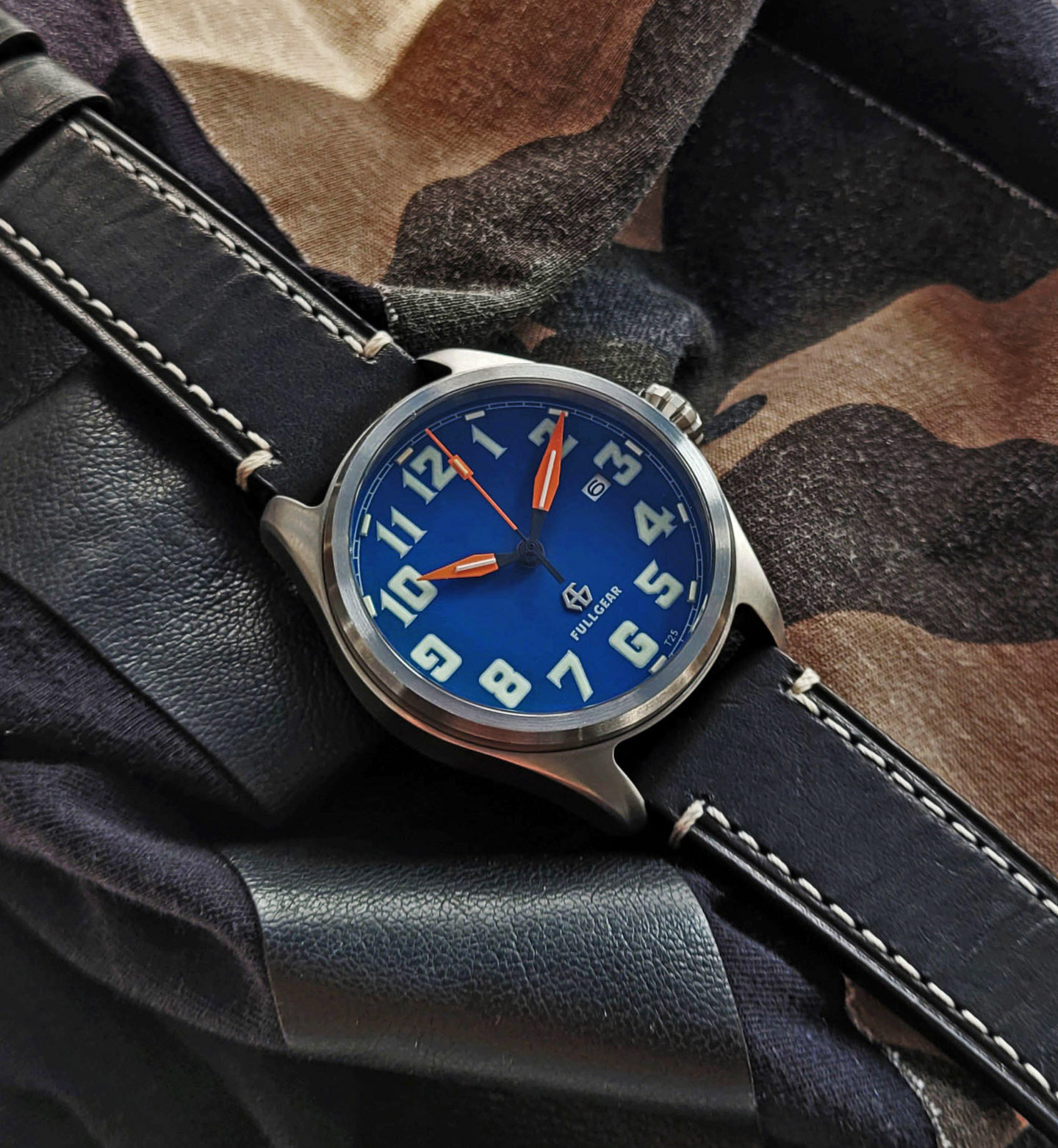 FullGear Pioneer Navigator and NightMaster “grab & go” watches are available in six different versions, with far more variety available via FullGear’s configurator tool. Finally, watch fans who appreciate the utility of tritium gas tube-based timepieces now also have an opportunity to enjoy a look that is all their own. Ordering during the Kickstarter campaign will result in a 15-20% discount off the upcoming retail prices and start at $293 USD for a grab & go FullGear Pioneer Navigator, and $312 USD for the Pioneer NightMaster. The “forge your watch” prices offering the ability to customize the watches on Kickstarter for the FullGear Pioneer models are $324 USD and $344 USD, respectively. Check out the FullGear Pioneer GTLS watches Kickstarter campaign here.