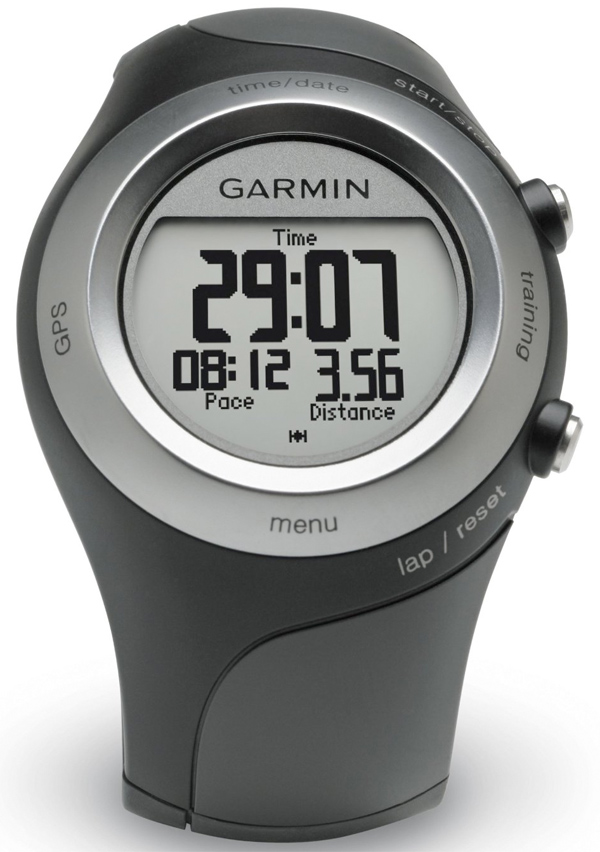 Garmin,maker of one of the best products coming out of America (design only, units are made abroad; sorry the US just isn’t making too much good stuff these days), has attempted to make a few GPS watches in the past. The idea was pretty well taken; use GPS location technology to calculate things like running speed, distance traveled, etc… Combine that with a heart rate monitor, and you have a great activity watch. The problem was that early models, such as the Garmin Forerunner 201 suffered from being impractical, too large, and god-awful ugly.

Recently Engadget covered the upcoming release of the new Garmin Forerunner 405 GPS watch, that finally takes the Forerunner line of watches into something you might consider wearing outside the solitude nature. Looks are a combination of Suunto, Casio, and a little bit of Polar. Nothing to wear in a tuxedo, but certainly simple enough that you wont get the gawks people received for wearing the original Garmin Forerunner that looked like you were wearing a breathalyser on your wrist.

The next step for the Garmin Forerunner series is obvious. Use the GPS for mapping. Because the screen is small, it should be able to connect via Bluetooth with a phone or other GPS device to transmit and receive data. Future Garmin Forerunners should act as way point device pointing you in the right direction, remembering where you have been, and tracking your location. Parents will love having their kids tracked as some mobile phones now do. Adventures will appreciate having a supplement to their GPS systems, that is not as bulky and can potentially work in conjunction with other Garmin GPS devices that already feature built in Bluetooth. Imagine going on a hike wearing your Garmin Forerunner watch and then having it wirelessly connect to your Garmin GPS device with a larger screen, which then can show you the route you took, how many miles you want, the things you just missed, all because the Garmin Forerunner watch was able to track this data. Keep watch Garmin to see what rolls out next. garmin.com