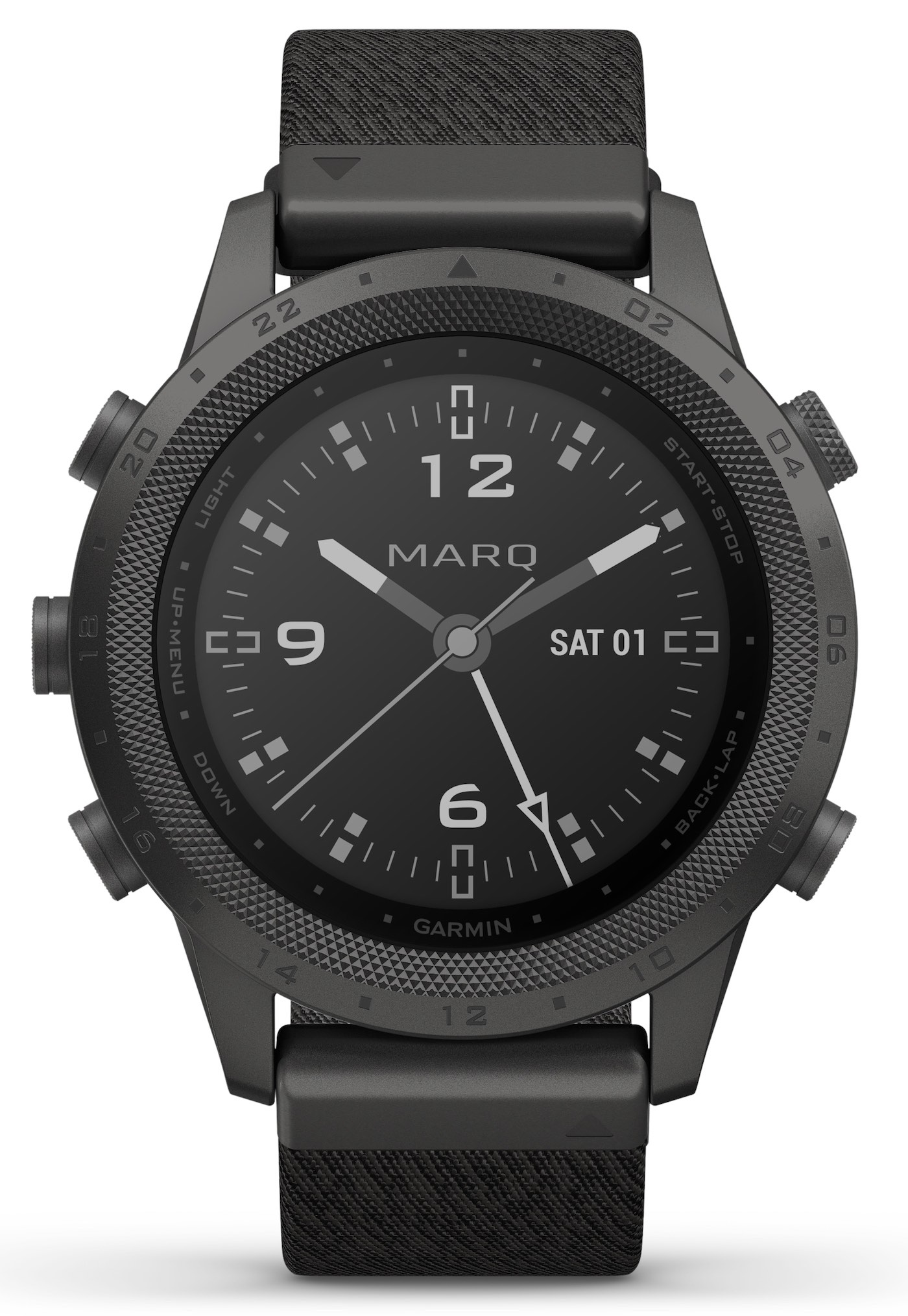 As smartwatches become more present in consumers’ lives, as well as those of processionals, we get to see loads of interesting innovations and features that, just a few years ago, we might not have anticipated would be coming. Take, for instance, a pusher on a watch that, when pressed, erases some sensitive personal data. That is exactly what Garmin has done and now introduced on a new version of this fresh MARQ smartwatch collection with the Garmin MARQ Commander.

The MARQ Commander is the latest version of the MARQ smartwatch collection that was commercially released around April 2019 (aBlogtoWatch review of the Garmin MARQ smartwatch here). The MARQ Commander fills in a gap in the premium smartwatch production collection for a “tactical product,” which more or less means Garmin has soldiers and weekend warriors in mind. In addition to offering a new aesthetic take on the Garmin MARQ, it introduces a hardware change with the presence of the “kill switch,” along with a new stealth mode which cuts “position exposing communication data.” Press the kill switch, and the MARQ’s software is told to immediately “clear the user memory.” The stealth mode “stops GPS position sharing, as well as disables wireless connectivity and communication.” The idea is somewhere between playing spy and soldier. 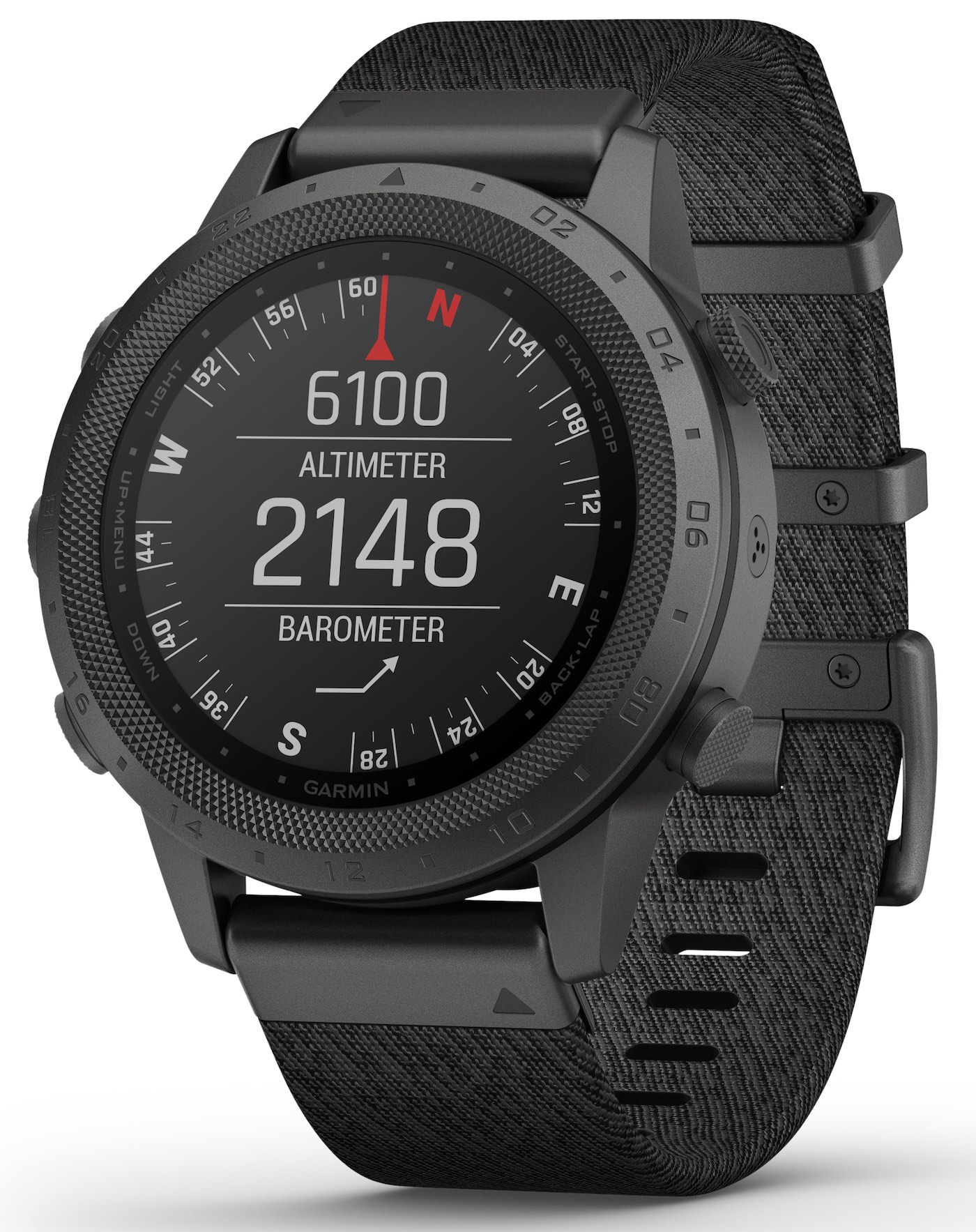 When asked, point-blank, if the MARQ Commander was intended for military applications, Garmin chose not to answer the question directly, though they did mention that the military “has used our products for many years to navigate and train.” It did remind me that it has produced prior tactical smartwatches and that the kill switch feature was being carried over for the new MARQ lineup so that a tactical version of the smartwatch was available to consumers. Garmin did not mention specific military applications, probably because it wasn’t supposed to, but it did agree that military personnel would find the stealth modes useful for a series of military-specific rules and regulations. It goes without saying that introducing a new piece of hardware with new functionality has a lot of R&D costs associated with it. Those are normally accepted when a company believes the investment costs will be recouped with sales (such as with large military or government orders).

The tactical smartwatch market is nascent, at best, so it begs the fun question of what purposes Garmin actually has in mind for the MARQ Commander. It is sort of cool to think of a special forces soldier being intercepted by the enemy, only to have their smartwatch be neutralized as a way or gaining valuable intelligence. More practically, armies are increasingly sensitive to the fact that smartwatches can give away valuable data even during training exercises — so, a series of regulations abound (or will abound) when it comes to soldiers being able to wear connected smartwatches. Given that such applications are rarely useful to civilians, Garmin is further correct in framing the physical kill switch as giving the MARQ Commander “stealth mode,” as opposed to “you’ve-been-captured-by-the-enemy mode.” 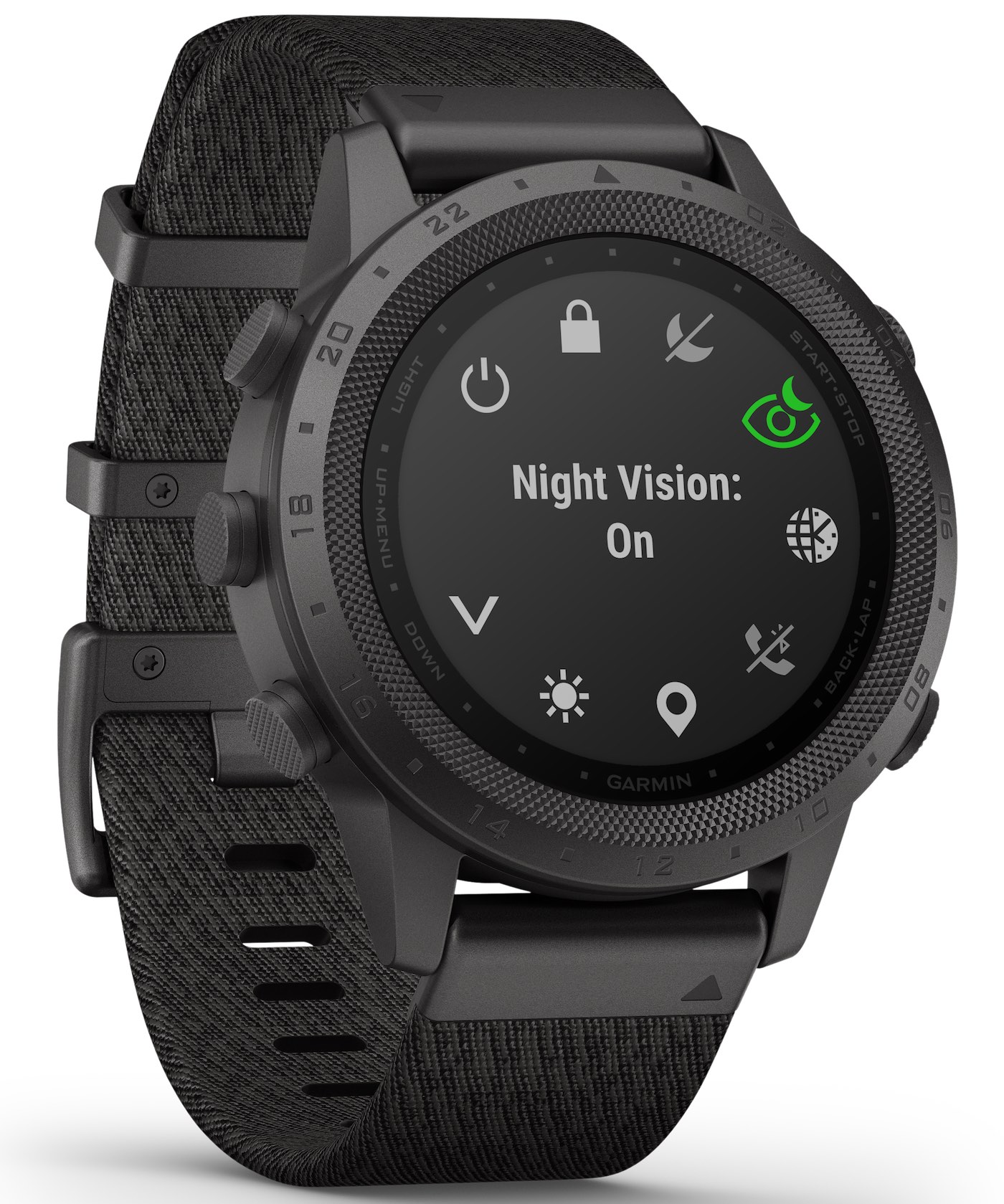 The watch itself is an attractive exercise in all-black. The 46mm-wide case is produced in black DLC-coated titanium and a sapphire crystal with a matching black nylon fabric strap (very comfortable, by the way). The MARQ bezel has 24 hour indicators, which is useful for GMT modes when the main dial has two time zones with one being in 24-hour format. Price for the Garmin MARQ Commander is $1,950 USD. Learn more at the Garmin website here.