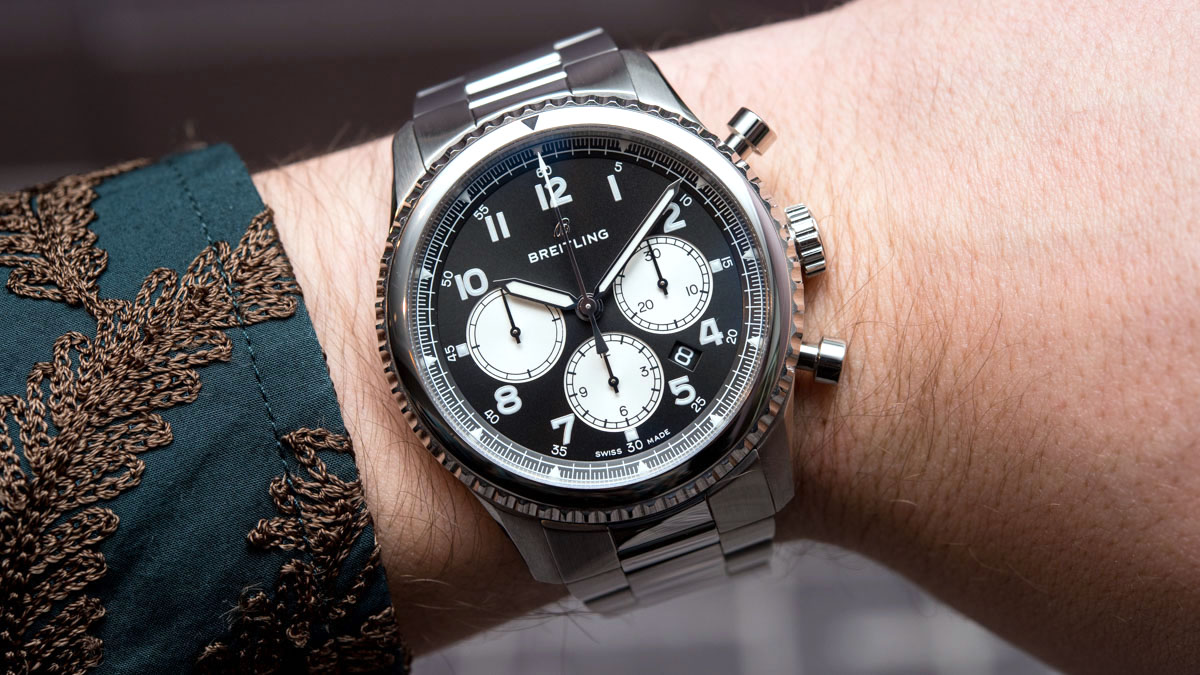 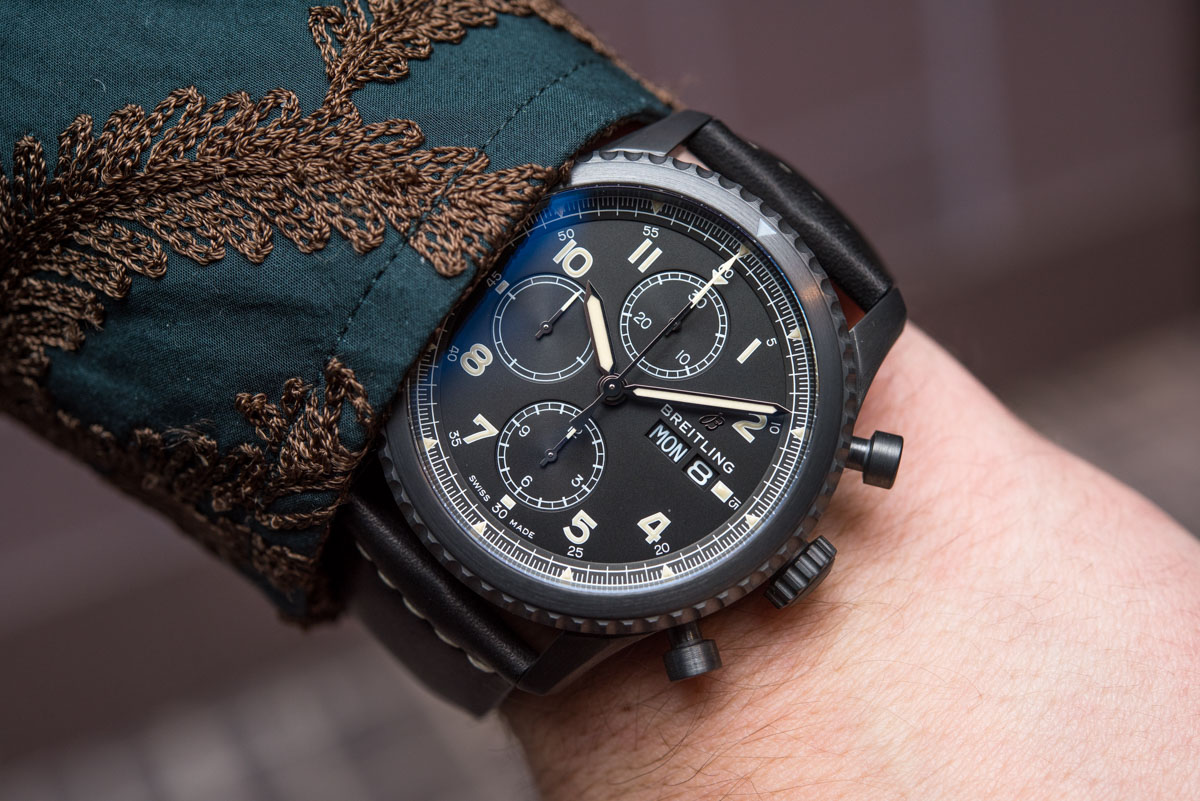 Kern has provided two anecdotes on change. First, he mentioned how Porsche got roasted by 911-fans for making the Cayenne many moons ago, and how they’d never succeed at making anything other than the 911 (and its little brother, the Boxster). The same thing happened when they announced the Panamera a few less moons ago. Today, Porsche is doing better than ever, the Cayenne is its best-selling model and the 911 has arguably suffered a lot more from the introduction of the electric power steering than from the launch of the Cayenne. The second analogy was largely the same, just with Range Rover going more mainstream with the Evoque. There clearly are many more examples that prove the same thing: if you listen to purists and purists only, you’ll likely end up perpetually making the same thing until your company dies a slow, albeit celebrated death (my words, not Kern’s).

In summary, moving forward Breitling will be looking into its archives a whole lot more than it has done recently, and I see two main reasons for this. First, vintage is where the markets are going right now and Breitling has more than enough to work with to hope it can get a big chunk of said new-found market. Second, Breitling wants to expand and diversify from its current “niche of the niche” setting. Here’s how that will go down.

The 12 Segments Of Breitling Watches…

Before that number gives you a heart-attack, let’s quickly look at what Breitling’s product segmentation (oh, such a sexy term that will keep you all reading!) will look like. The base plan, beyond the previously discussed expansion beyond pilot watches, is to make the different collections more focused, something that will affect not just how the four main collections are presented, but all the way down to how many variations and options there are within them.

The table above is self-explanatory for the most part. The twelve segments are made up by the differentiation of Air, Sea, Land, and general themed collections, whereas each of these four dedicated collections will, sooner or later, show more elegant, as well as “Supersports” variations. This chart is exactly how Breitling presented its plans and, although I’m not holding my breath (as there is so much to do at the brand), I’m hoping to see each of the four collections cover the full spectrum from elegant to Supersports. Surely, the Transocean will be easier to do in an elegant format in the same way the Chronomat will respond better to a Supersports approach – and that’s precisely why I want to see them move out of their comfort zone and also, at some point, make the inverse of these more obvious collection-style pairings.

…Which Actually Lead To A More Streamlined Breitling

Now, reading all this may have an alarm go off in the heads of concerned fans of the brand – at this part of the presentation the inside of my head actually looked and sounded like London during the Blitz. My mind was put at ease (somewhat) by Kern quickly adding: “Dilution of a brand doesn’t come from number of segments, it comes from multiplication of references in the same segment. We have to be strict about building up collections and remain readable for the customer when they stand in front of a window. Visual pollution, knocked out by visual complexity. It’s not a question of choice either: too much choice is no choice.” 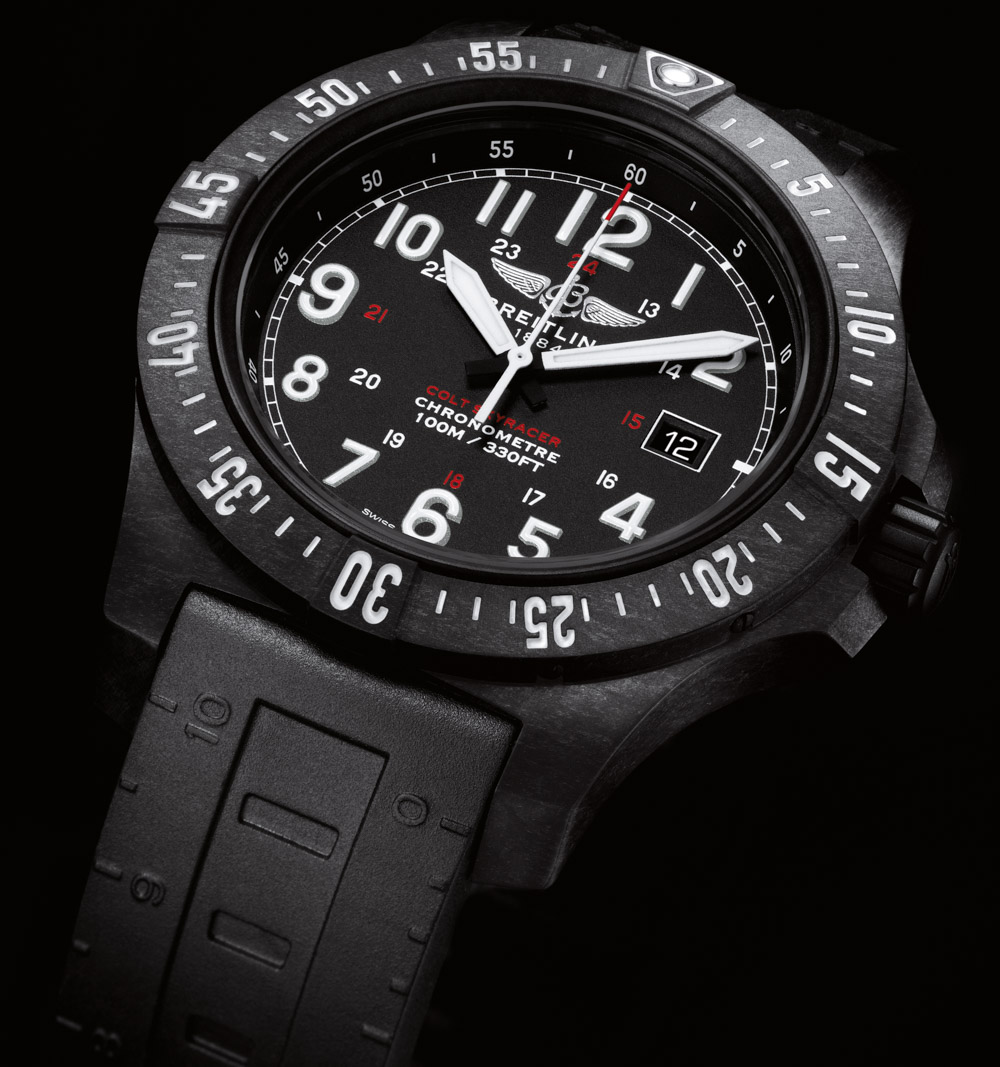 As such, Breitling is stopping everything under $3,500 as well as all quartz, including the Skyracer. This, however, does not mean a discontinuation of Breitling’s professional electronic watches – although those are quartz-based too, Kern consistently makes a distinction between simple quartz watches and these professional, Breitling-specific models that he refers to as “electronic watches.” Therefore, Emergency watches and the like will continue to very much remain a part of Breitling’s selection, whereas basic quartz watches will be gone entirely. On this note I might actually have to pick one of those Skyracers up. Gone will be all the Colt quartz models too, including the small ladies’ watches (these irrespective of the movement inside).

This does not mean however that Breitling wants to move upmarket. Kern specifically pointed out that Breitling will not move up to complications either – it will be a brand that focuses on automatic chronographs with small complications. They simply don’t wish to compete with those who are more comfortable in the high complications segment (meaning perpetual calendars and the like).

Kern is also planning on a clearer segmentation between price points, movements, and aesthetics. Probably the most immediately apparent indicator of this will be how the in-house movement-equipped models will all have a panda dial whereas all the non-in-house chronographs will have sub-dials that match the base color of the dial. So, once the collections have been refreshed (a lot of which will happen come Baselworld 2018), you’ll be able to tell an in-house Breitling from a 7750-powered one from afar – if the 3-6-9 layout of the B01/B04 manufacture calibers against the 6-9-12 layout of the “external chronograph” movements used by Breitling wasn’t enough of an indicator.

Sizing will come down and go up at the same time. How does that work? Well, the men’s collections will be expanded moving forward in a way so that smaller (by Breitling’s terms that means 42-43mm wide) models are also available – a key factor for the brand’s previously discussed plans on gaining traction in China. The way watches get bigger is in the women’s watch collections: the brand will drop the small Ladies’ Colts and will produce close-to-40mm versions for ladies. These will be less complex-looking compared to, say, a Navitimer and its sliding rules, but will nevertheless keep the tool watch vibe. 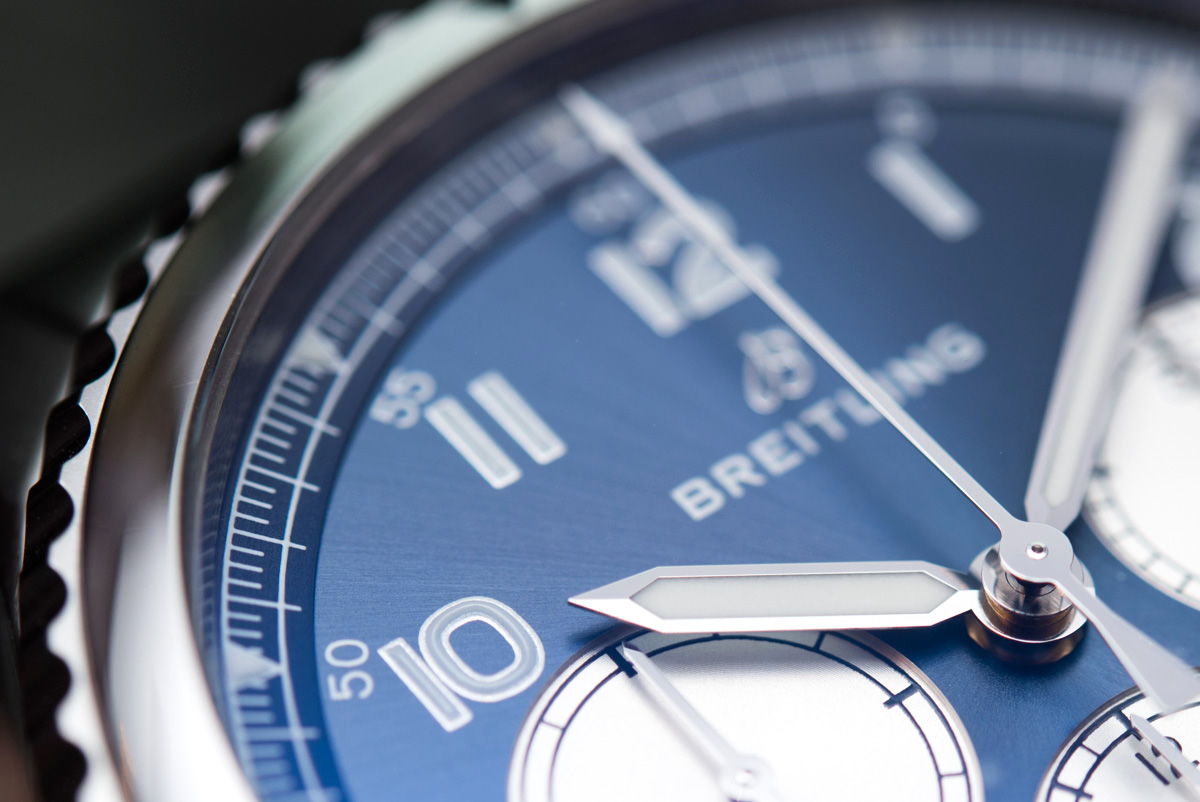 Breitling will also trim down its prices. In Georges Kern’s words: “We won’t cheapen the brand, but we will be more competitive.” Let’s face it, a B01-equipped chronograph for around $7,500 is indeed a lot of watch for the money – if quality in the final products actually remains high. More on this a bit later on…