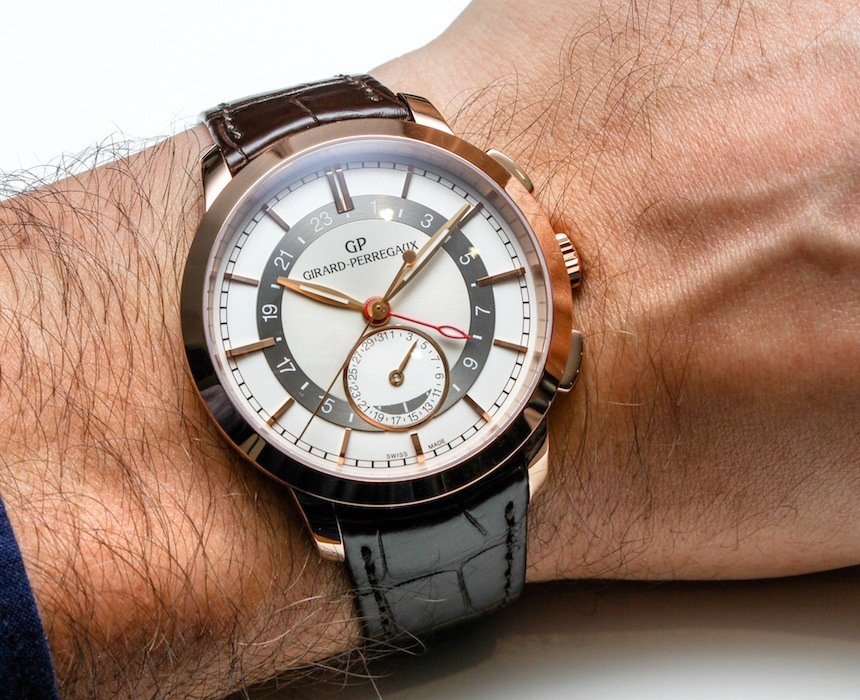 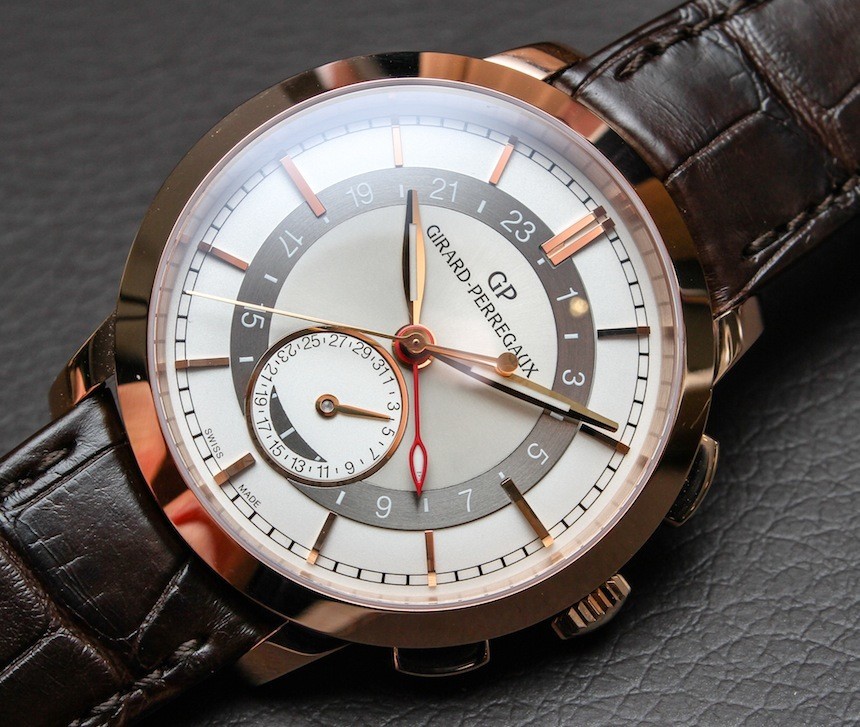 As the name suggests, this new dressy piece from Girard-Perregaux is part of their retro-classic 1966 line up, and it sports a dual time zone complication – ’cause who doesn’t want to look this good in two timezones? While the 1966 Dual Time was shown at Baselworld earlier this year, this new watch from Girard-Perregaux was not slated to be released to dealers until this fall. 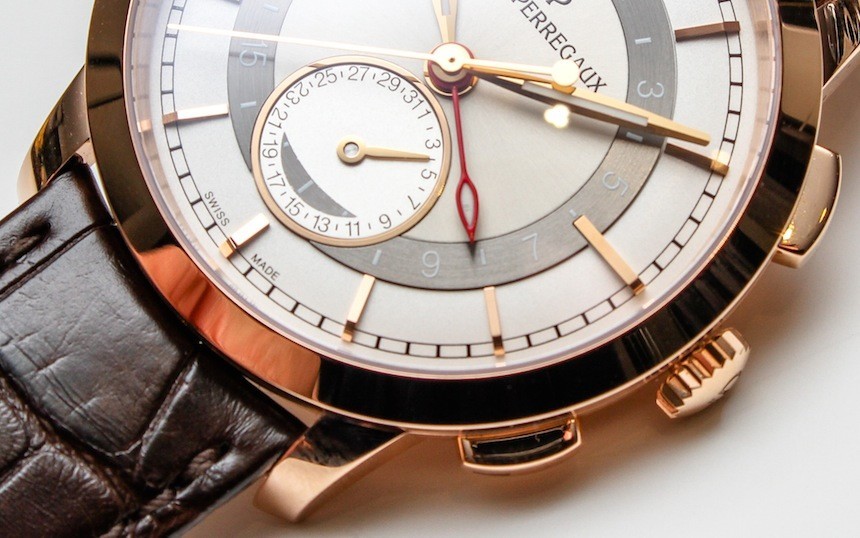 Local time is shown by the standard hour and minute hands and is set via the crown, while the second time zone is set using the dual pushers, allowing for a quick advance or retreat of the second zone hours (not unlike the dual timezone functions from Ulysses Nardin or Glashutte Original). There is a date display at six which can be corrected using a flush button in the left case side. This type of second timezone feature is generally most useful for those who need to track a second timezone from home, rather than those who are traveling and want to update the local time for their new location.

Dial legibility and proportions are excellent, with a long minute hand and many three-dimensional layered elements within the dial design. The case is almost completely polished and the Girard-Perregaux 1966 Dual Time can be had with a grey anthracite dial or the off-white shown here. 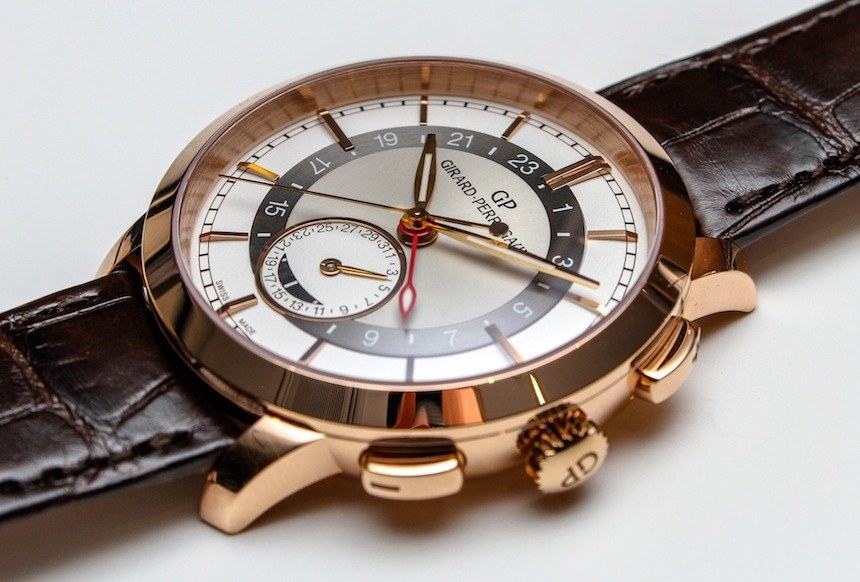 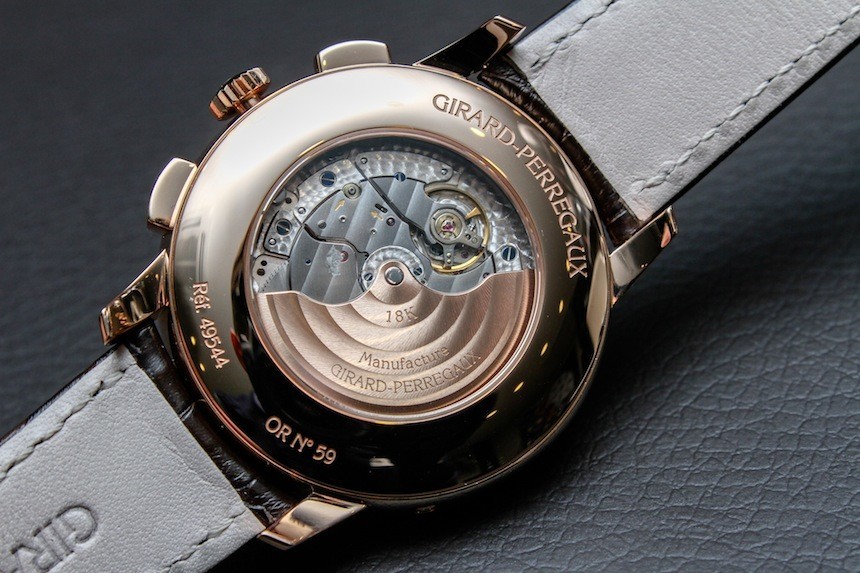 As the only dual timezone watch in the 1966 collection, the Girard-Perregaux 1966 Dual Time offers a slice of WW.TC functionality in a classier and more reserved package. Additionally, it is hard to overstate the novelty of a push button second timezone feature; no messing with the crown, no compromising accuracy by stopping the movement, just push and go. 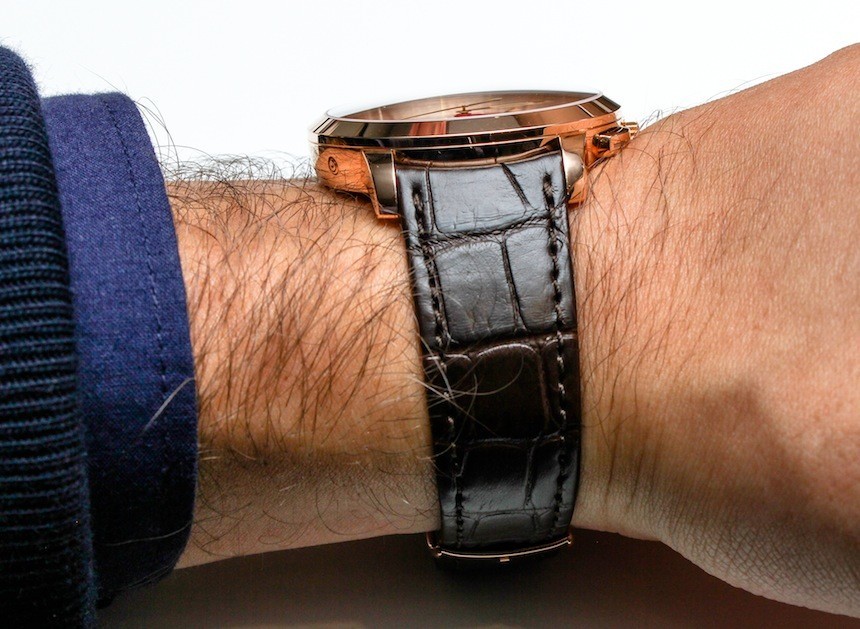 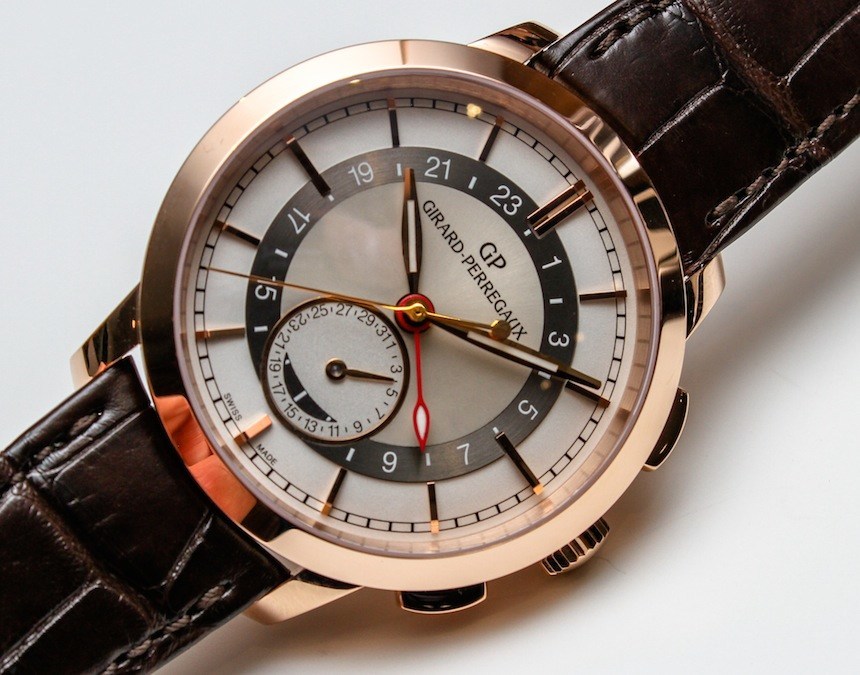 With no steel option, the Girard-Perregaux 1966 Dual Time price is decidedly upper-crust, at $26,300 USD. As I’ve said before, few features are as useful as being able to track a second timezone and this GP does so without sacrificing the balance and svelte style of the 1966 line up.  girard-perregaux.com