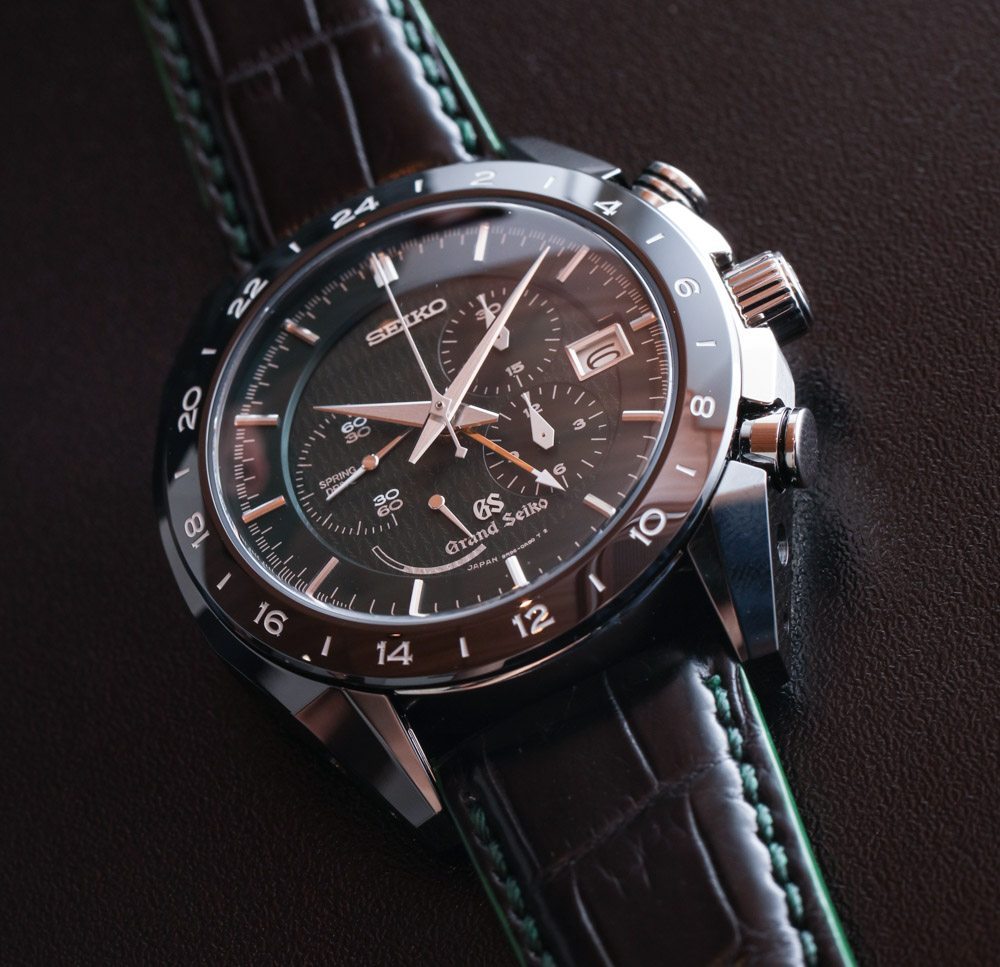 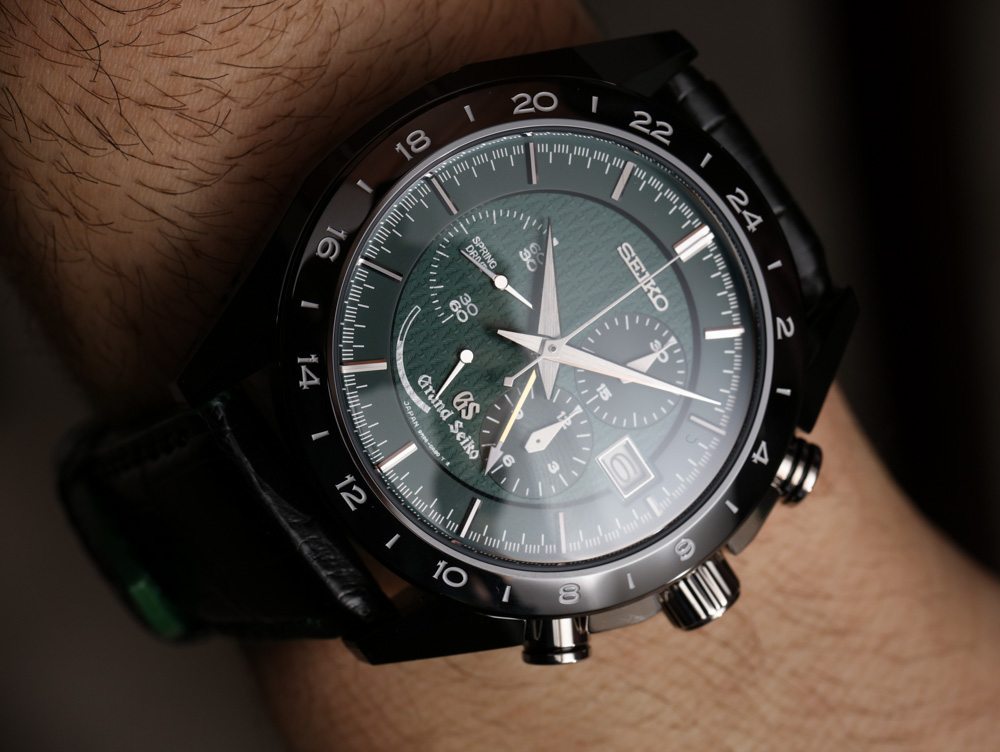 At Baselworld 2016, we got to play with one of the most esoterically “Japanese” new limited edition Seiko watches to come out in a while. It’s amazing, easy to joke about, and yet another reason we love Japan’s finest horology. This is the (utterly ambiguously named) Grand Seiko Black Ceramic Limited Edition reference SBGC017. I’d like to immediately suggest a few different names for this timepiece, actually, since this isn’t even the only limited edition black ceramic watch released by the brand this year! 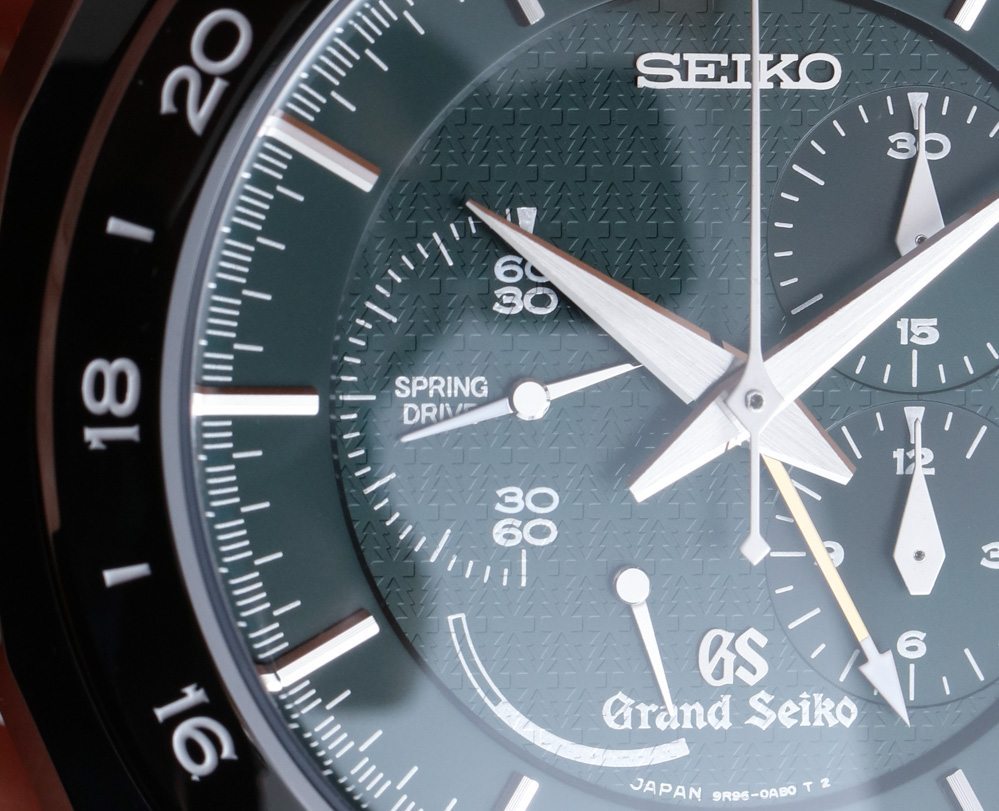 If you look closely at the dial of the SBGC017 you’ll notice a pattern of small repeating trees. Weird, right? The black ceramic case is matched with a green tree dial, so I’d like to propose calling this watch the Grand Seiko “Green Tree Chronograph.” Alternatively you could call this the Grand Seiko “Onbashira Limited Edition,” because that is the name of the festival in Nagano, Japan, that the design is meant to honor. 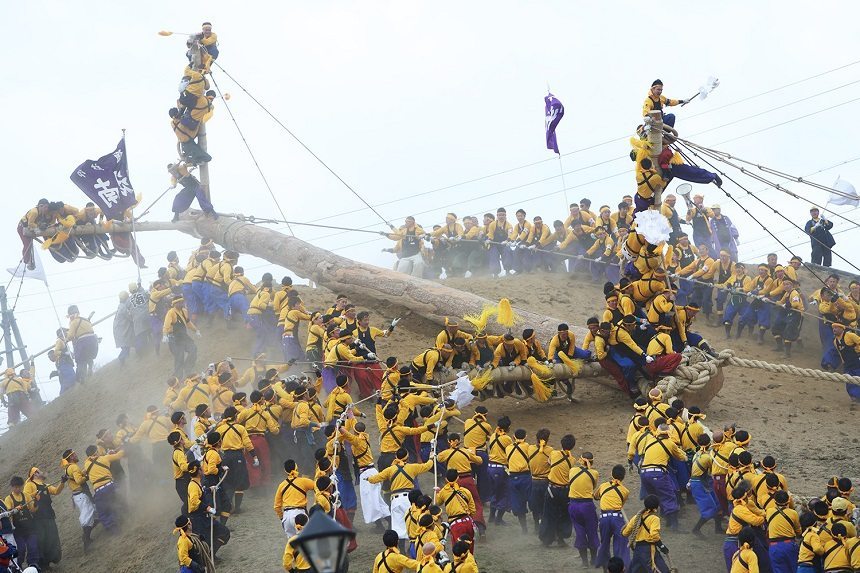 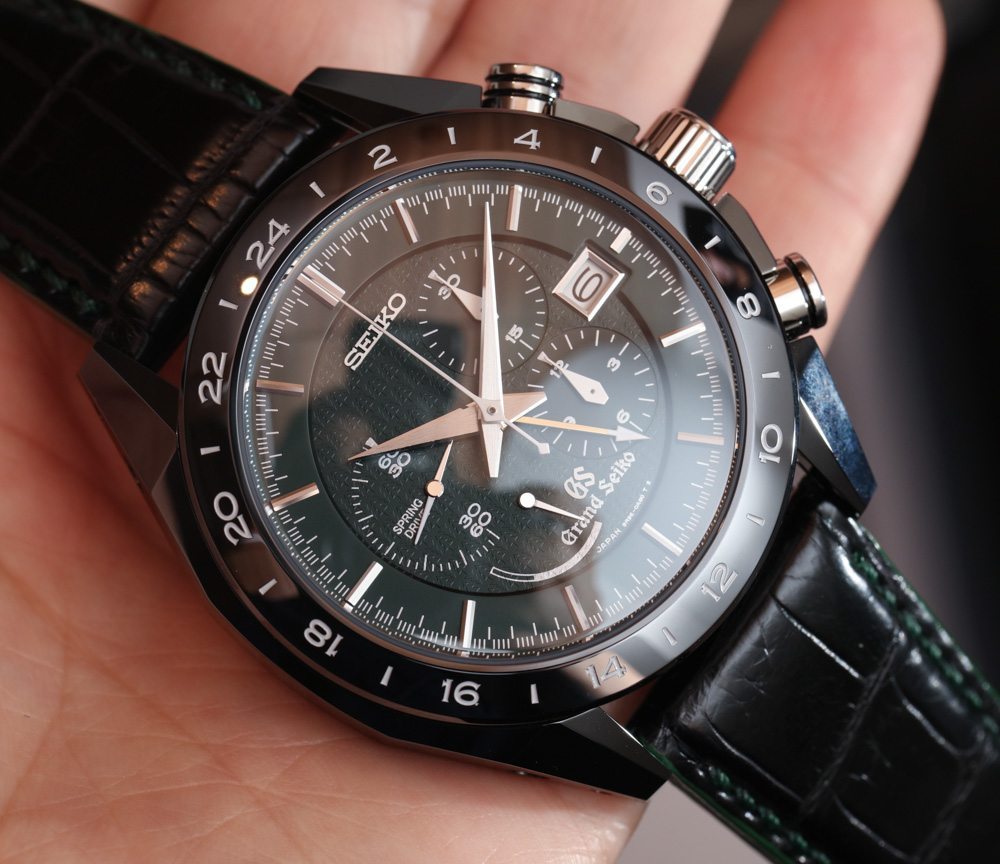 Onbashira is another one of those amazingly strange (to non-locals) Japanese events which involves teams of men riding cut logs down a hillside. It has been called “the most dangerous event” in Japan, and reportedly has been going on (uninterrupted) for 1,200 years. Most of the time, it seems that at least a small number of people die in the event (which may be people actually riding the logs or the people who are standing too close to the logs themselves). Onbashira (official Japanese site) takes place each six years in the Lake Suwa region of Nagano, which also happens to be where one of Seiko’s most prestigious watchmaking facilities is located. Hence why there is now a limited edition Grand Seiko chronograph to celebrate this interesting and amusing facet of Japanese culture. 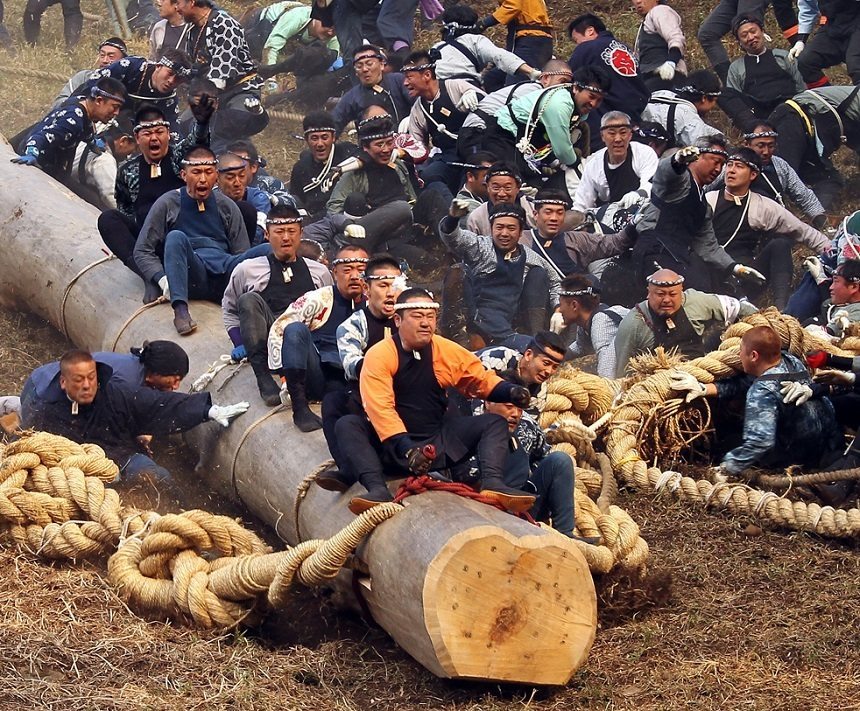 If Onbashira sounds merely quirky and tame, then you need to view some of the videos. This is everything a Japanese tradition should be, mixing hyper masculinity with costumes, singing, and lots of people running around waving funny banners. It’s total madness, and I wish I could see it in person some day. If only they did cool stuff like this at places like renaissance festivals in the USA… think of all the safety violations! 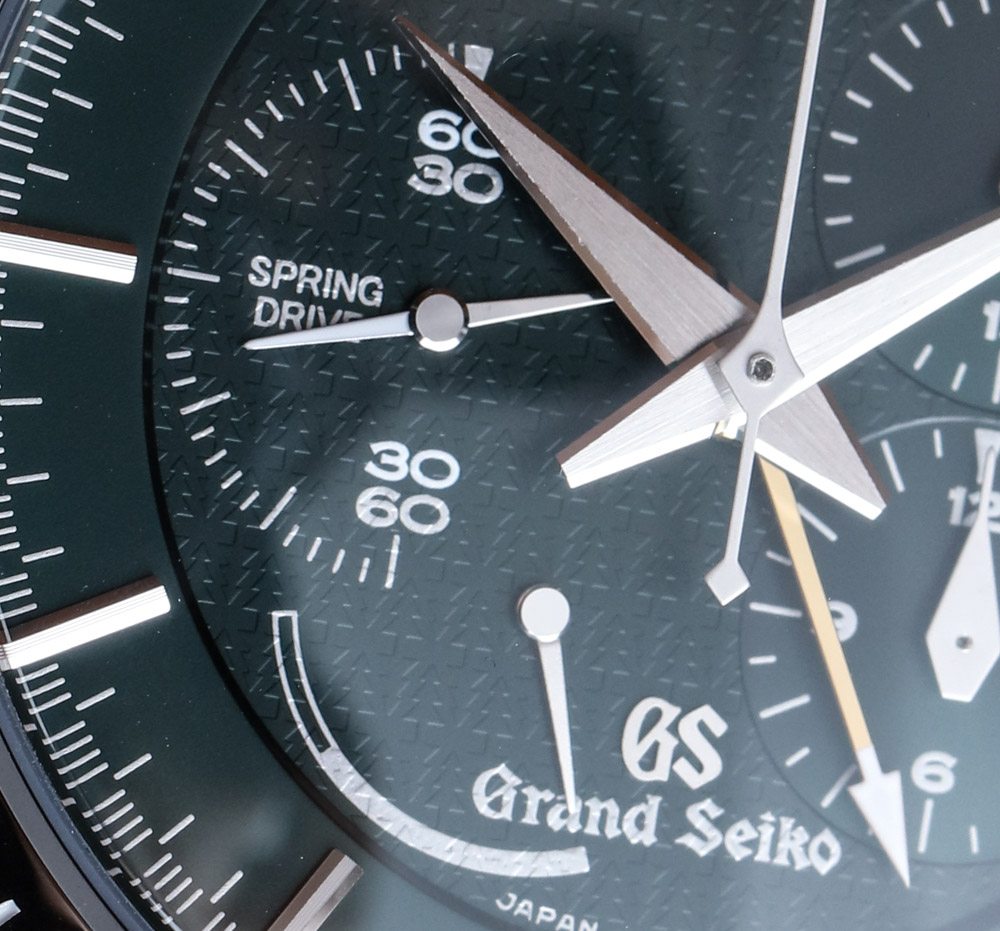 In quiet appreciation of this time-honored Lake Suwa festival, the Grand Seiko Black Ceramic Limited Edition SBGC017 doesn’t even go so far as to mention Onbashira anywhere on the watch. I and the people reading this article know of the connection, but think into the future. I always point this out, but few people in the watch industry seem to be listening to me. If you make a limited edition watch in honor of something, please mention that (even in a minor way) on the watch itself. Imagine someone in the future who picks up this watch and has no idea what to make of it. If it weren’t for articles such as this one on aBlogtoWatch, how on earth would they have any idea Seiko was inspired by a Japanese log-riding festival in the creation of a watch? 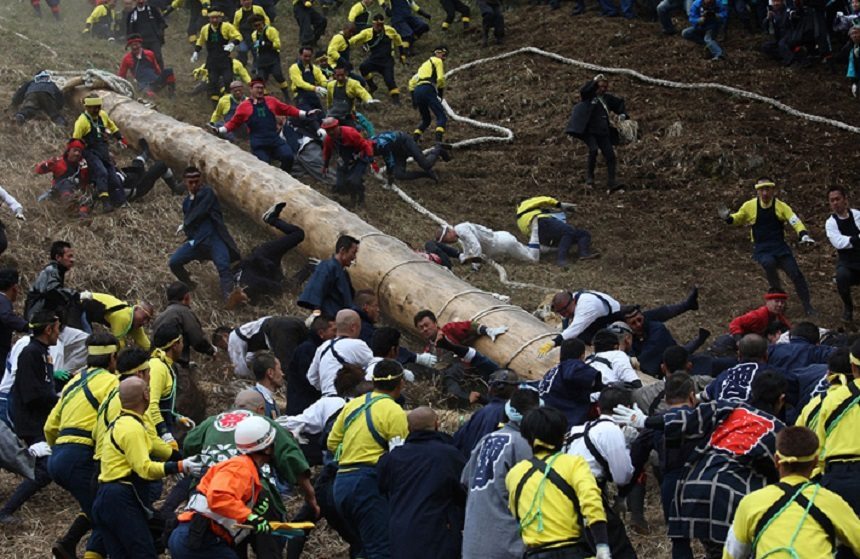 If you aren’t keen on the green tree dial, then you can opt for the similar Grand Seiko SBGC015, which has a more simple black dial to match the black ceramic case, and the same Spring Drive chronograph movement. Oddly enough, both are limited edition models, but the more simple SBGC015 is limited to 500 pieces while this arguably more niche-appeal SBGC017 is limited to 600 pieces. Both are really nice when it comes down to it. 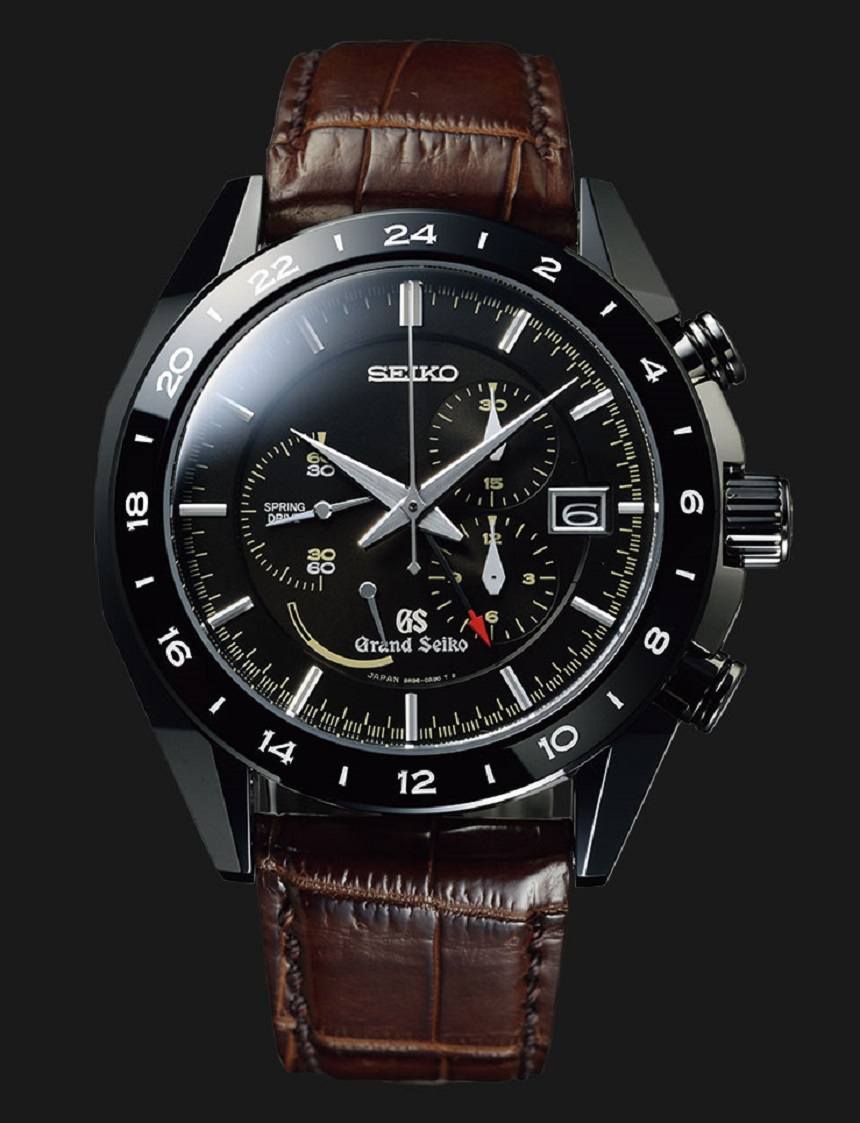 Now that you know about the green tree dial and what it means, let’s talk about the rest of the Grand Seiko Black Ceramic Limited Edition watch as it combines some existing things with some new things. Of course, the major “innovation” here is that this is the first time Grand Seiko has come out with a ceramic case. In fact, for 2016, Seiko has produced four limited edition Black Ceramic watches which include the GMT SBGE037 and SBGE039 models, as well as these Chronograph SBGC015 and SBGC017 watches. 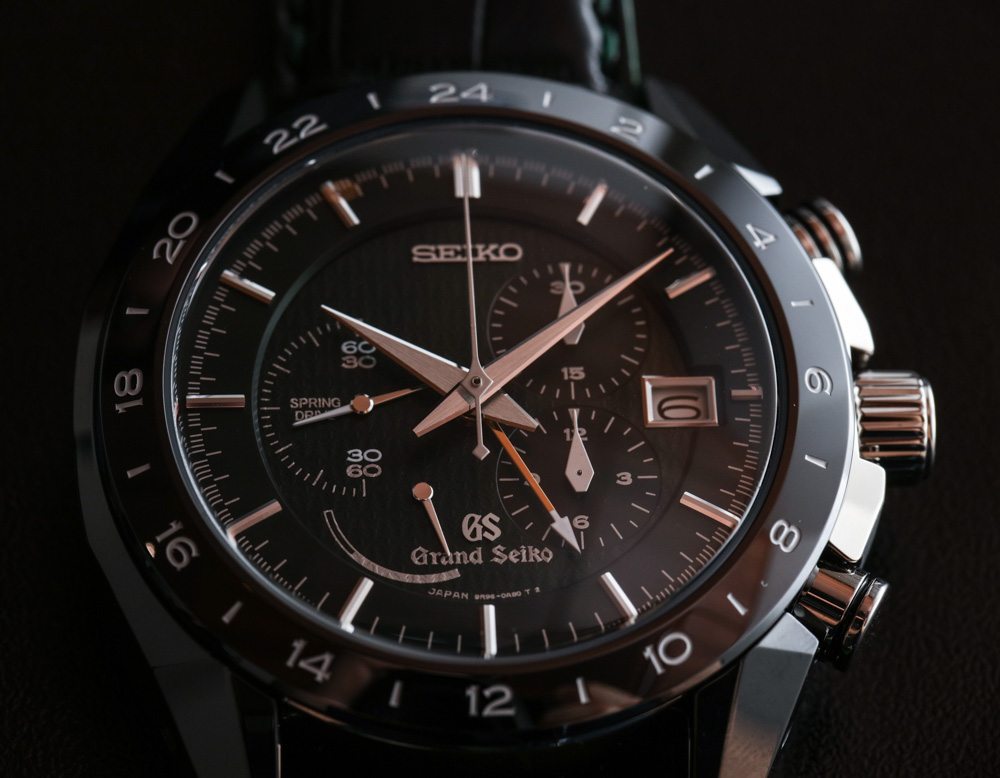 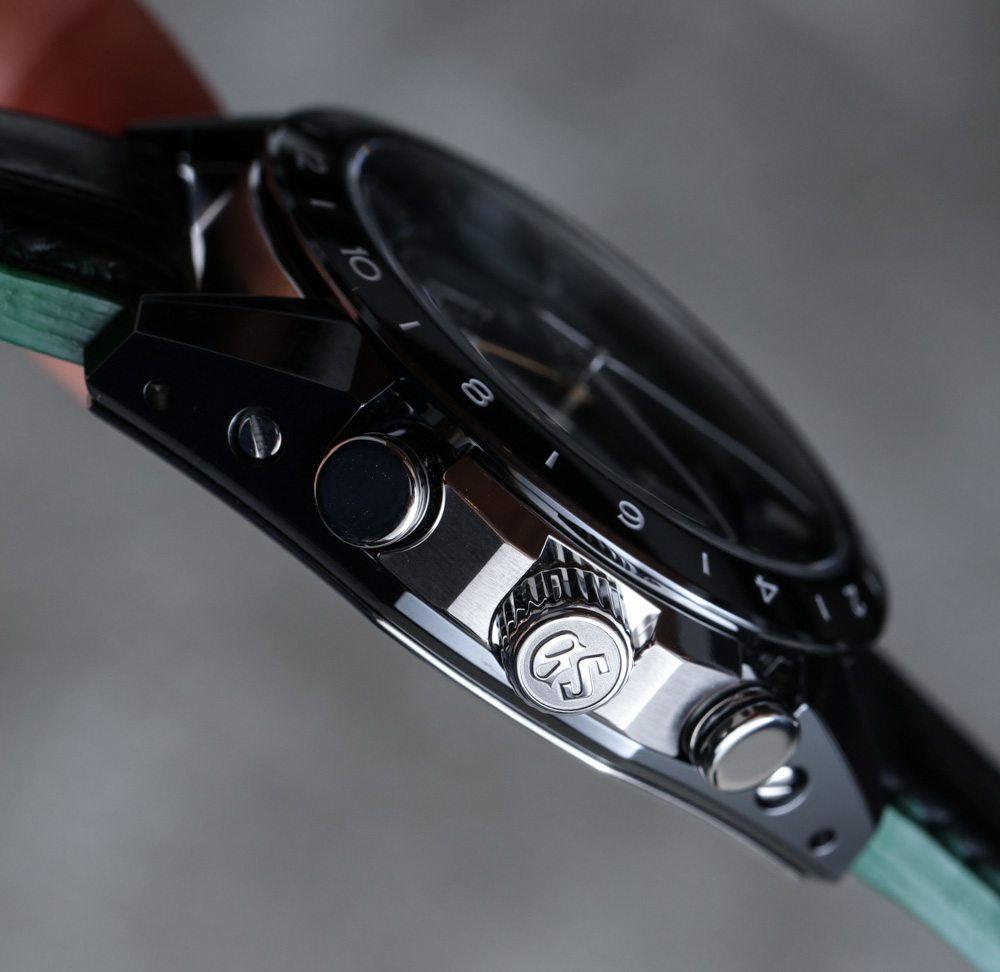 Ceramic cases aren’t per se new, but when Seiko decides to do something, they tend to do it very well – especially for these top-tier Grand Seiko collection models. The case reminds me of the cool but no-longer-produced Seiko Ananta collection, and it consists of five pieces. The all-polished surfaces are nicely done, and of course ceramic benefits from being very (very) scratch-resistant. Seiko did something a bit interesting, which is to make the outer case ceramic, while the inner case is titanium. Among other benefits, Seiko claims that this design decision helped make the watch 25% lighter.