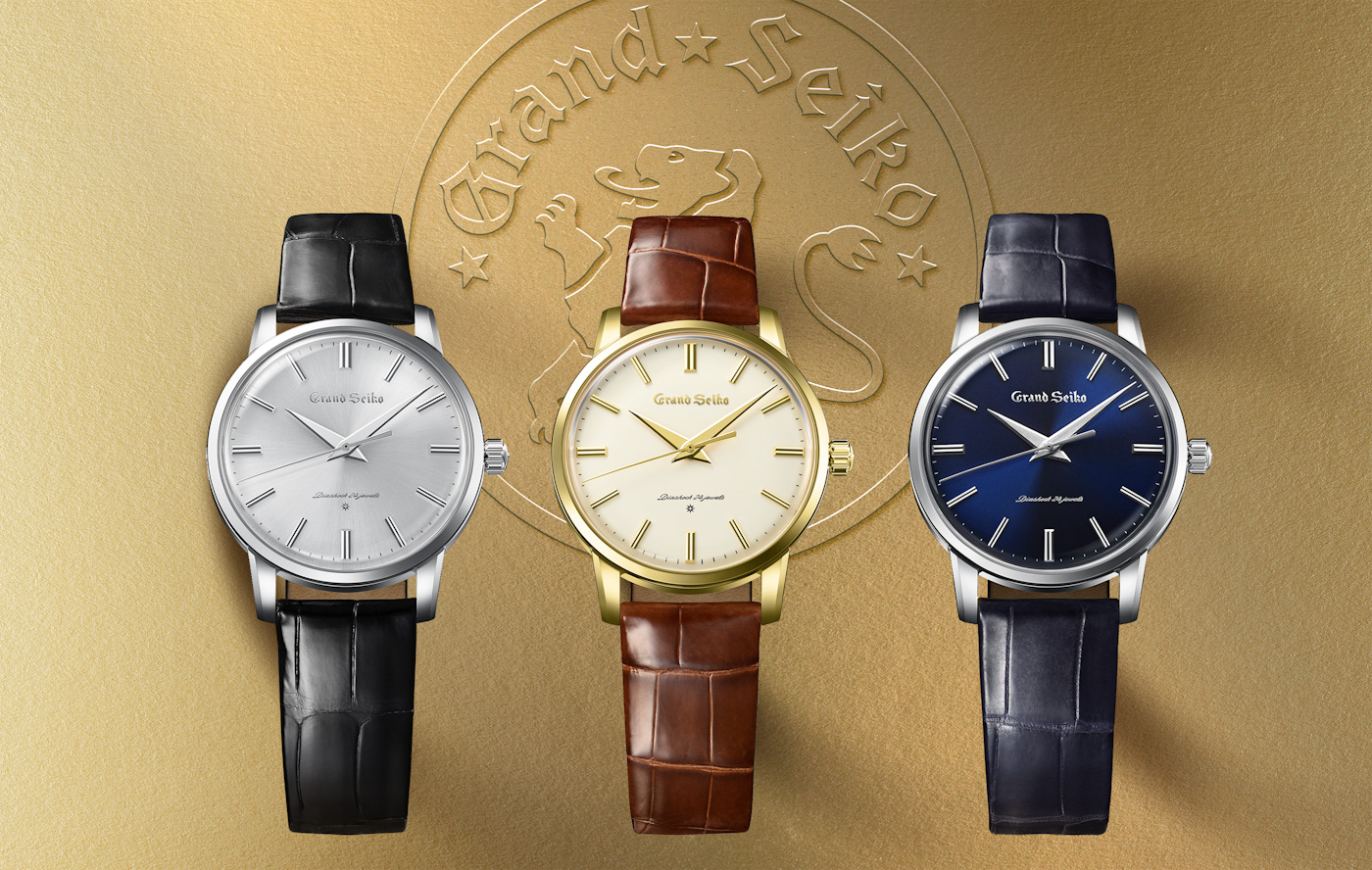 While the brand itself may not have such deep roots in the West, Japanese luxury brand Grand Seiko celebrates is 60th anniversary in 2020. While celebrations for the occasion started back in January, Grand Seiko has a full year of commemorative activity lined up, and two of the most exciting anniversary gifts have just been announced. First, the original Grand Seiko design from 1960 has been resurrected for three handsome new regular production models, while the brand itself moves to an all new mechanical manufacturing studio in Shizukuishi, Japan, in the shadow of scenic Mt. Iwate. 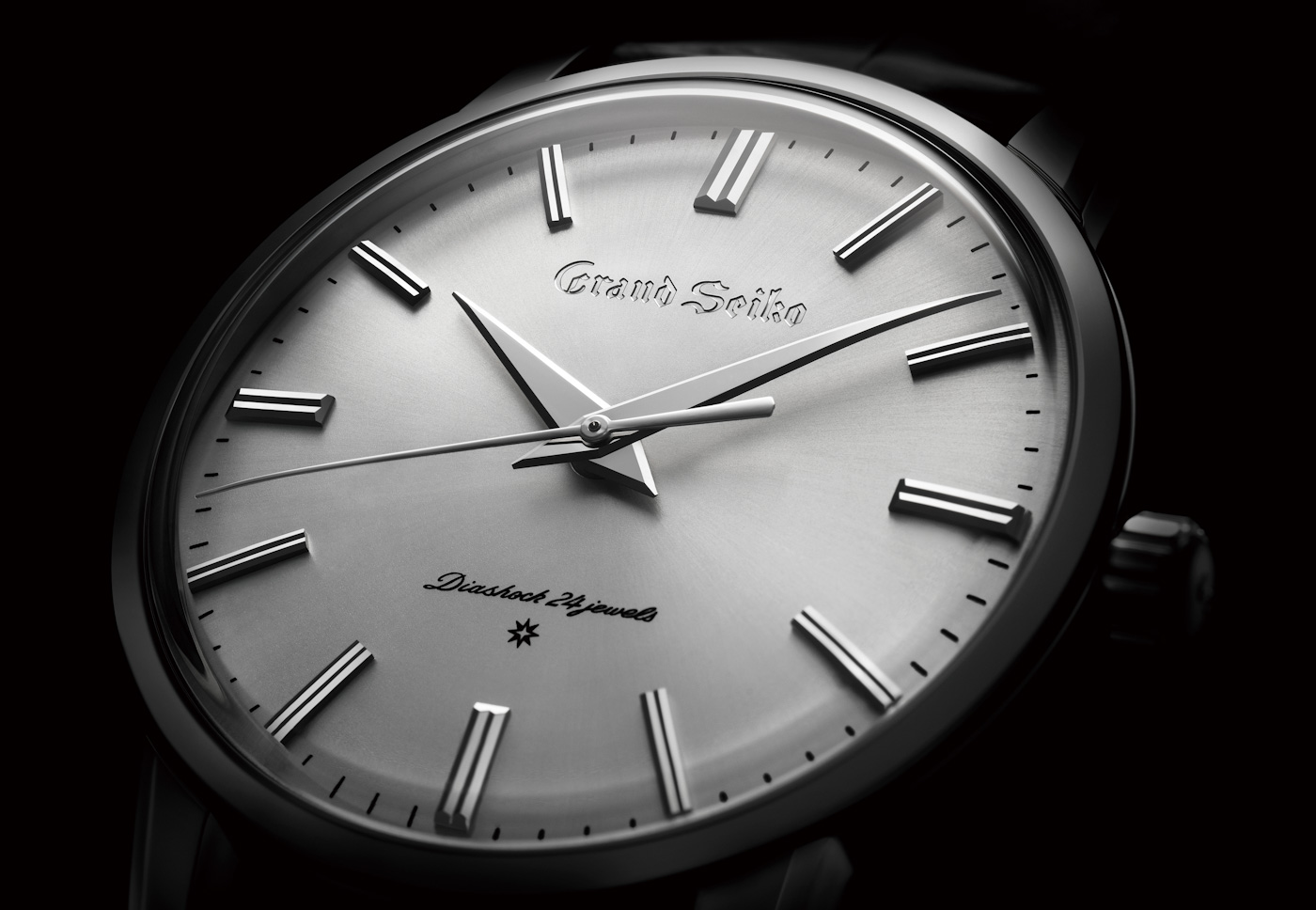 While Grand Seiko previously introduced a modern reinterpretation of the original 1960 Grand Seiko as part of the brand’s independent relaunch in 2017, that limited-edition series offered some key differences for these new iterations. The minimal, timeless case design of the 2017 version is nearly unchanged here, with both measuring in at 38mm in diameter, while the cases of the new versions are just a hair thicker at 10.9mm versus 10.7mm. Also like the 2017 limited editions, this new trio offers versions in both 18k yellow gold and platinum (although the 2017 version offered 999 platinum, as opposed to the 950 platinum of the new release). Where things begin to diverge, however, is in the third model. While the initial limited-edition run opted for a model in basic stainless steel, this time around, Grand Seiko has built a case from its proprietary Brilliant Hard Titanium, a unique alloy that combines the brightness and luster of stainless steel with the durability and light weight of titanium. The other major change to the case comes around back, where Seiko has diverged from both the 1960 original and the 2017 limited editions by opting for a sapphire display back. While this might upset purists, with the incredible finishing quality of modern Grand Seiko movements, it’s difficult to argue against this as anything but a visual treat. 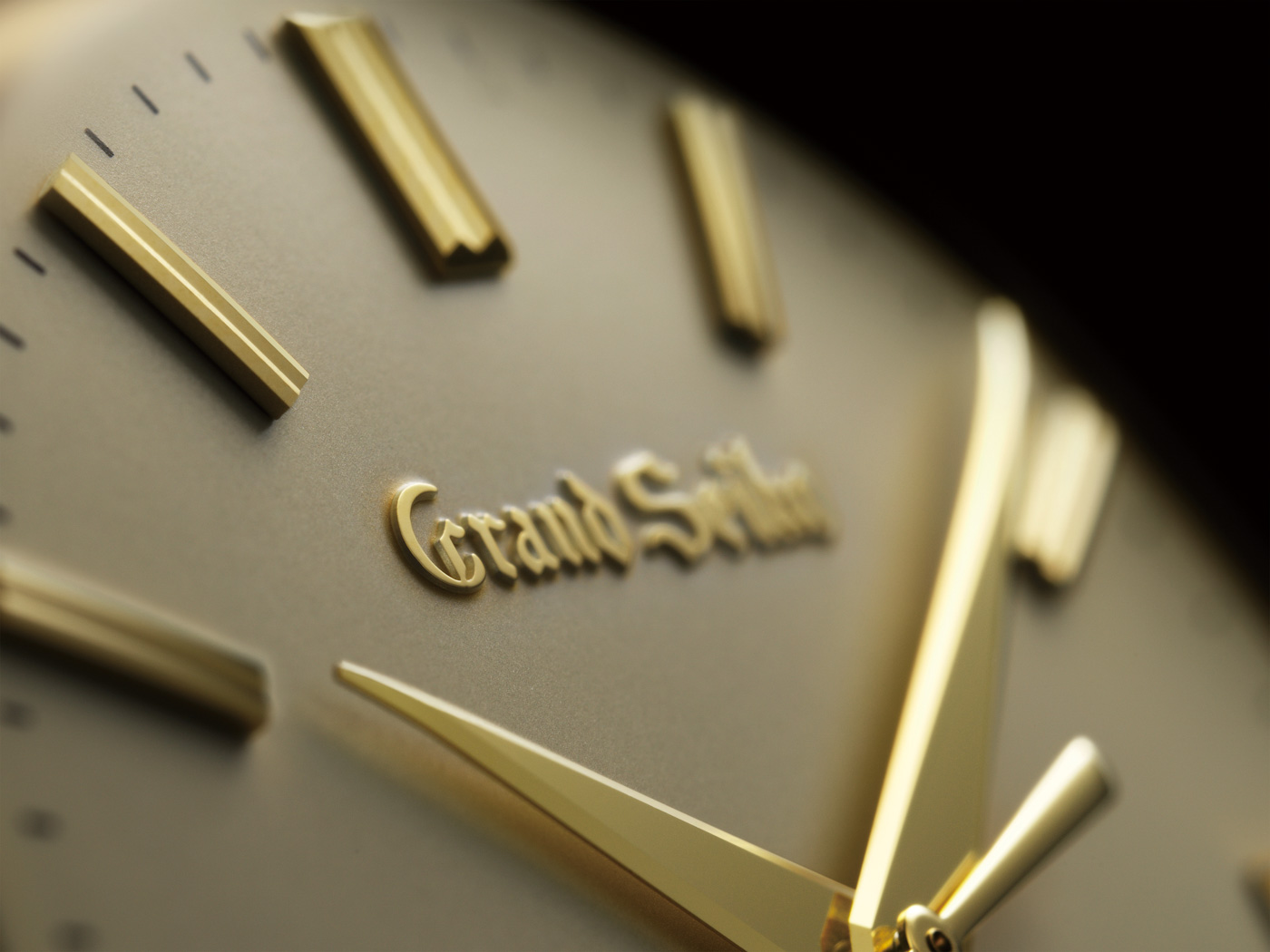 All three of the Grand Seiko 1960 Re-Creation series remain extremely faithful to the dial design of the 1960 original, with the same faceted edges on the dauphine hands, the same jewel-cut applied indices, and even the same dial text font above the tiny star emblem at 6 o’clock. Each version, however, interprets these classical elements in a slightly different way. The 18k gold model, for example, is nearly indistinguishable from its 1960 counterpart with its creamy white dial and gold accents. The platinum version, meanwhile, sets itself apart from the pack with a subtle sunburst dial pattern, a cooler overall color palette, and a change from an applied to a more dramatic etched Grand Seiko logo at 12 o’clock (a carryover from the 2017 platinum edition). The Brilliant Hard Titanium model, however, is the most visually arresting with a deep navy sunburst dial finish and silvery printed logo. 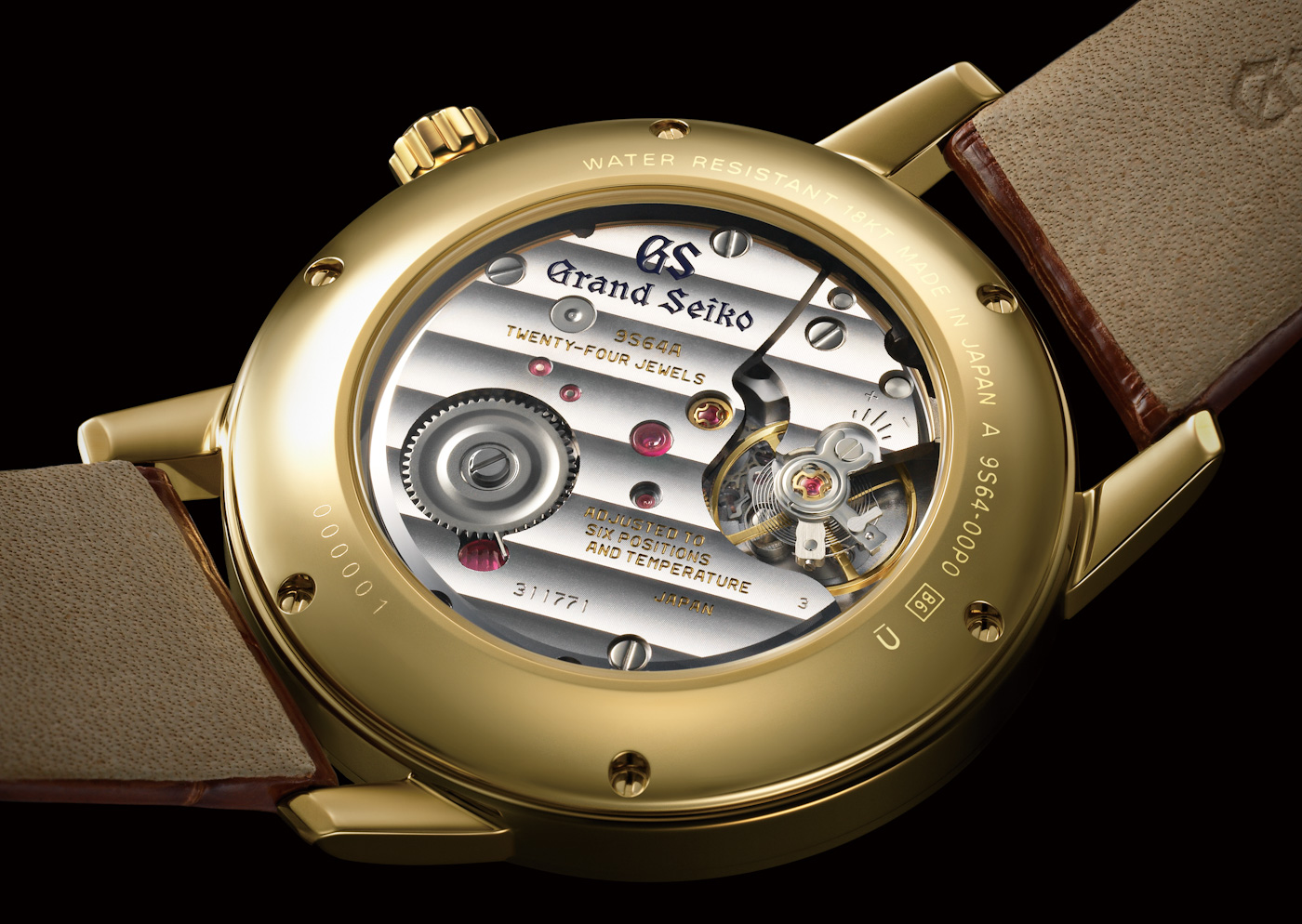 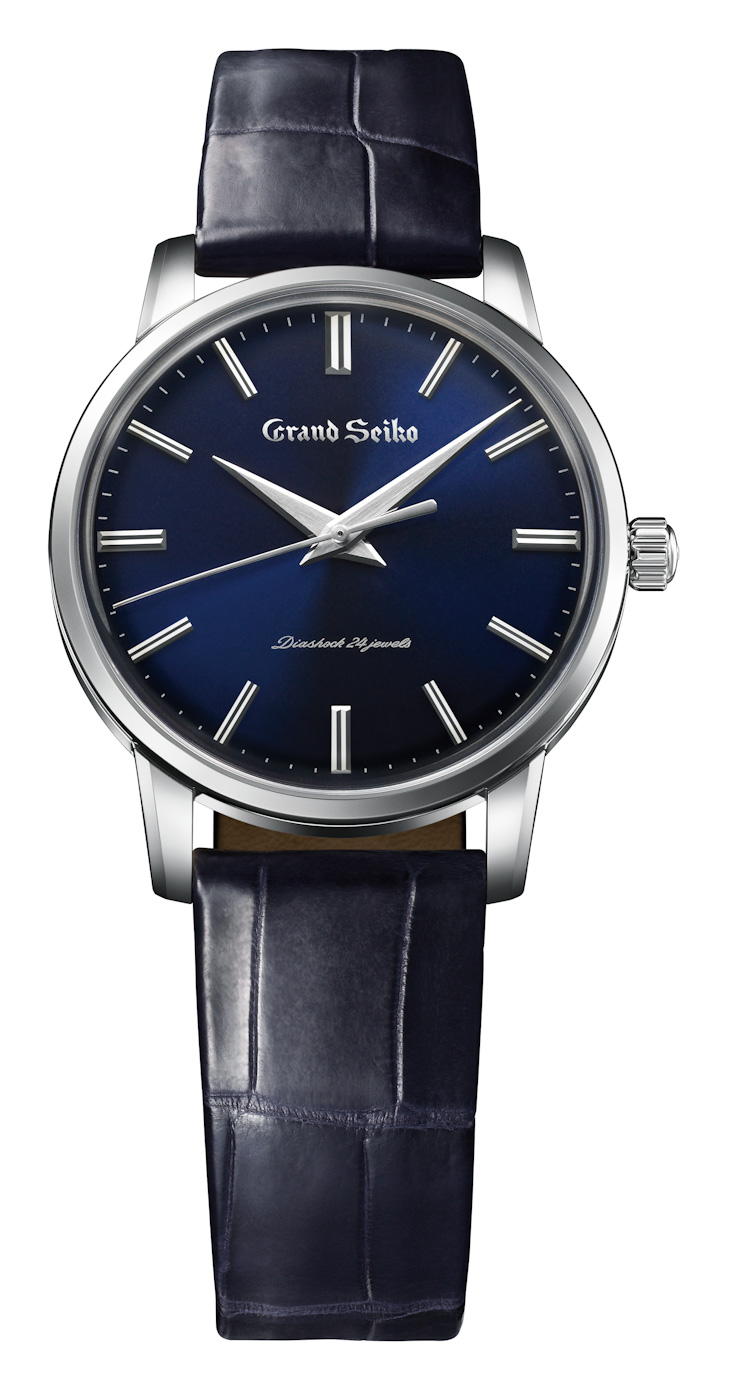 Each of the three Grand Seiko 1960 Re-Creation models is paired with a crocodile leather strap in a complementary hue (black for the platinum model, honey brown for gold, and midnight blue for titanium) finished with a signed butterfly clasp. All three models will be available through Grand Seiko authorized dealers beginning in June, with an MSRP of $38,000 for platinum, $26,000 for gold, and $8,000 for titanium. 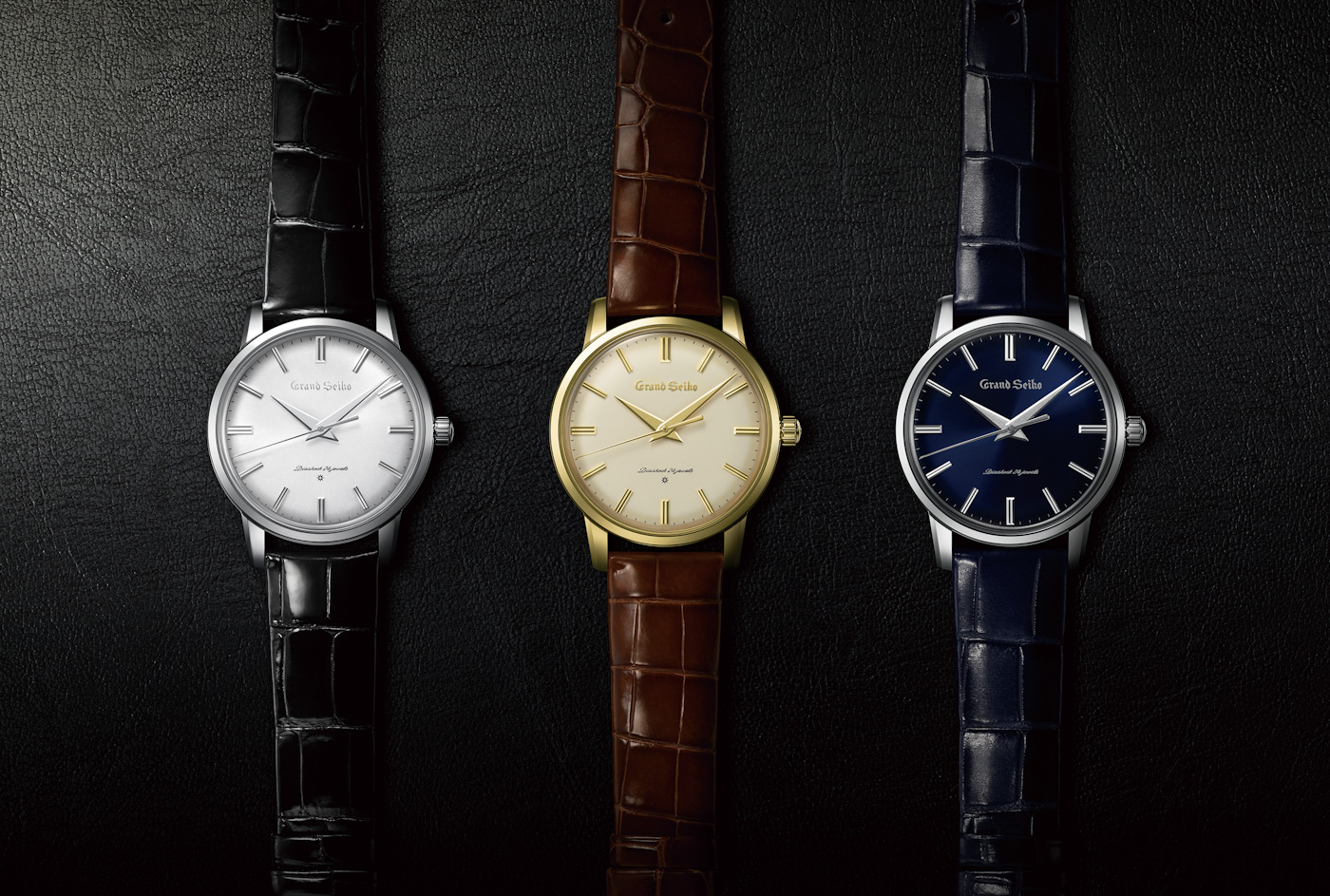 Also arriving in June is the all-new Grand Seiko Studio Shizukuishi, a new facility dedicated to assembling and adjusting Grand Seiko’s mechanical movements alongside the existing Morioka Seiko Instruments complex. This new studio will look directly upon the slopes of Mt. Iwate, long an inspiration for Grand Seiko’s design team, and will feature an exhibition and museum space for visitors to learn the six-decade history of the Grand Seiko brand. For more information, please visit the brand’s website.