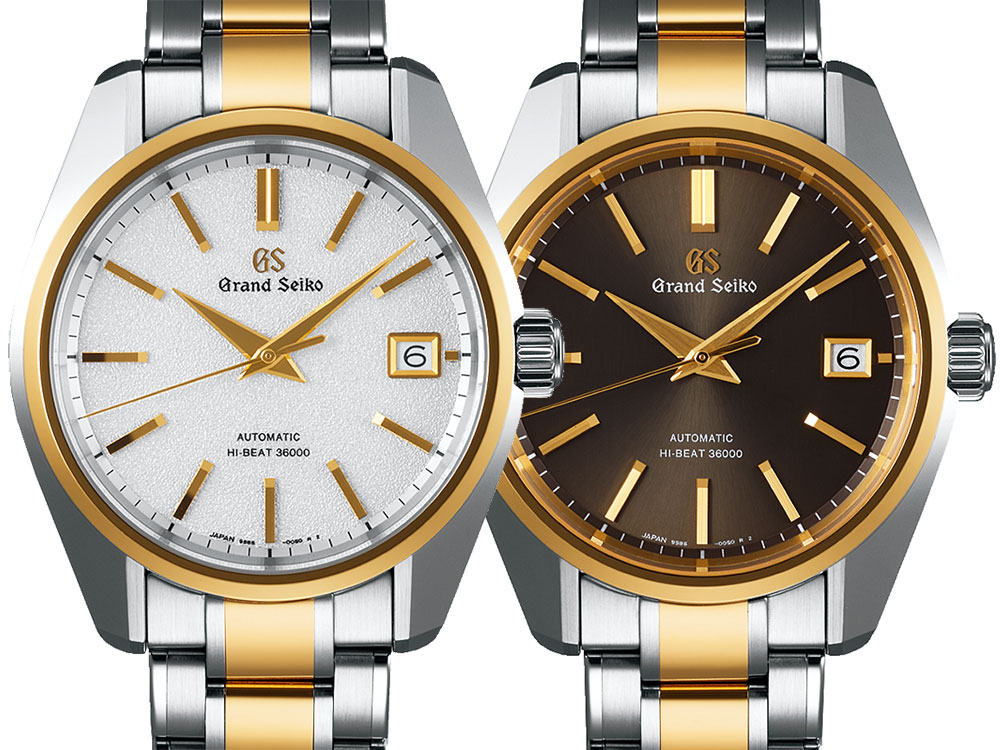 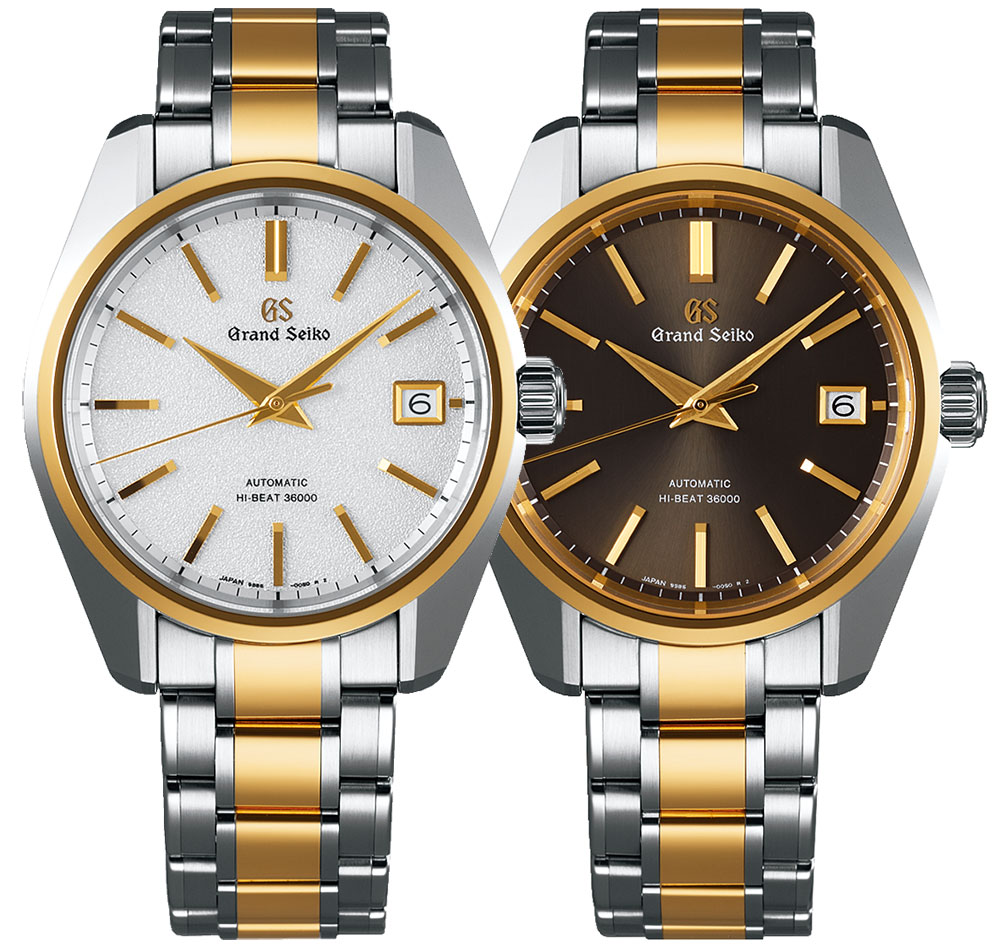 You have probably already read the important news here that, from 2017 onwards, Grand Seiko is being presented as a separate brand from Seiko. On that note, our editor David wanted to make a couple of points before Kenny gives you all the details on the watches. There are a bunch of things to be expected from Seiko’s news, but if there’s anything I think all aBlogtoWatch team members will agree on it is that we’d love for Seiko to become much, much more organized. As a case in point are these very attractive new Grand Seiko SBGH252 and SBGH254 two-tone watches, conveniently released less than 2 weeks after Baselworld and – you guessed it – totally not on show at the fair. 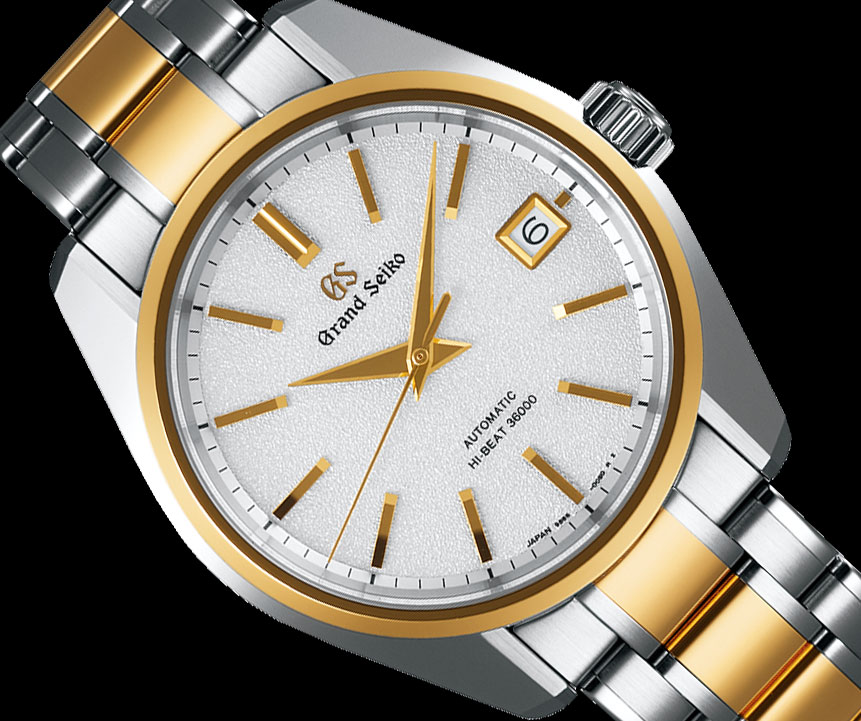 Onto the watches in a moment, but just one more brief paragraph’s worth of ranting because, Seiko, guess what: getting your products to your key audience and customer base is a more pressing issue than fine-tuning obscure details like how many times a dial says Seiko on it. Seiko has been remarkably difficult to get information from and that is true for quality official images, historical data, or specs on new products. The hilariously oddly timed release of the Grand Seiko SBGH252 and SBGH254 just further proves that Seiko has a lot to catch up on not in terms of actual product design and execution – which the majority of the team loves and definitely everyone appreciates – but in getting people to know all that they have to offer. Steep price increases (more of that here hands-on) are just one – and, arguably, not the best – way of improving brand image and perception. 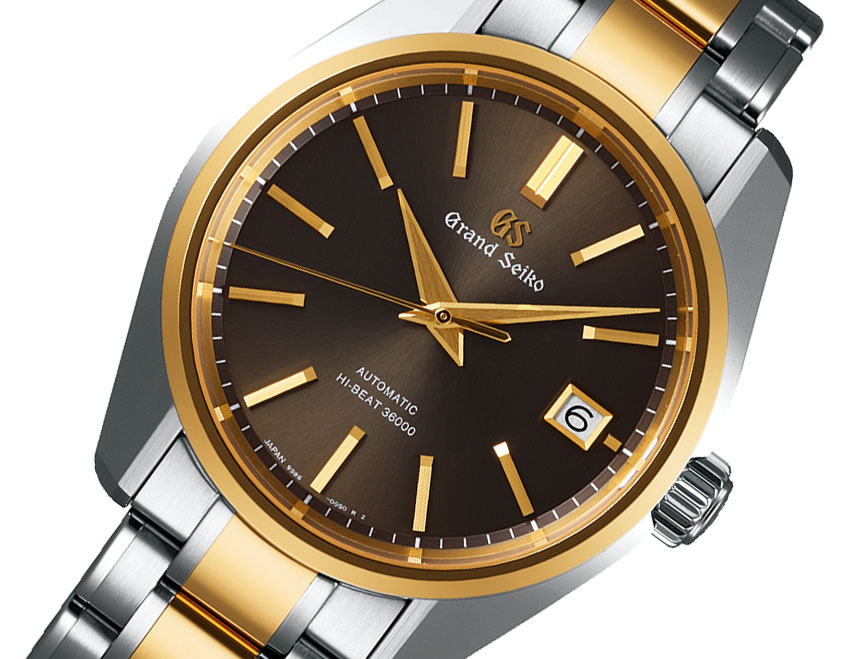 All that noted, onto these two quite terrific-looking two-tone watches. The new Grand Seiko SBGH252 and SBGH254 watches come in two-tone 18k yellow gold and stainless steel cases. If you are familiar with Grand Seiko, they don’t normally make two-tone watches, which makes these two quite refreshing. The Grand Seiko SBGH252 and SBGH254 are 40mm wide and 13.4mm thick, but because the case design is based on the legendary 44GS from 1967, these watches have muscular, angled lugs and flanks and wear larger than their case dimensions would suggest. The bezel is 18k yellow gold while the rest of the case is stainless steel. These watches will come on a three-link bracelet with the center-links featuring a band of 18k yellow gold. Water-resistance, like most Grand Seiko watches, is a very adequate 100 meters.

The first thing most Grand Seiko fans will notice is that the Seiko logo is gone, and at 12 o’clock we have the Grand Seiko logo sitting proudly. Personally, I’m indifferent to this change. It is a Seiko after all, and I don’t think that should be viewed as a bad thing – it’s not as if it doesn’t still have “Seiko” in its name… What I do have concerns about is the choice of font for the words “Automatic” and “Hi-Beat 36000” at 6 o’clock. It looks sterile and entirely mismatched with the Gothic font that the Grand Seiko logo has, though seeing it hands-on (which we couldn’t do at Basel) could possibly change that. 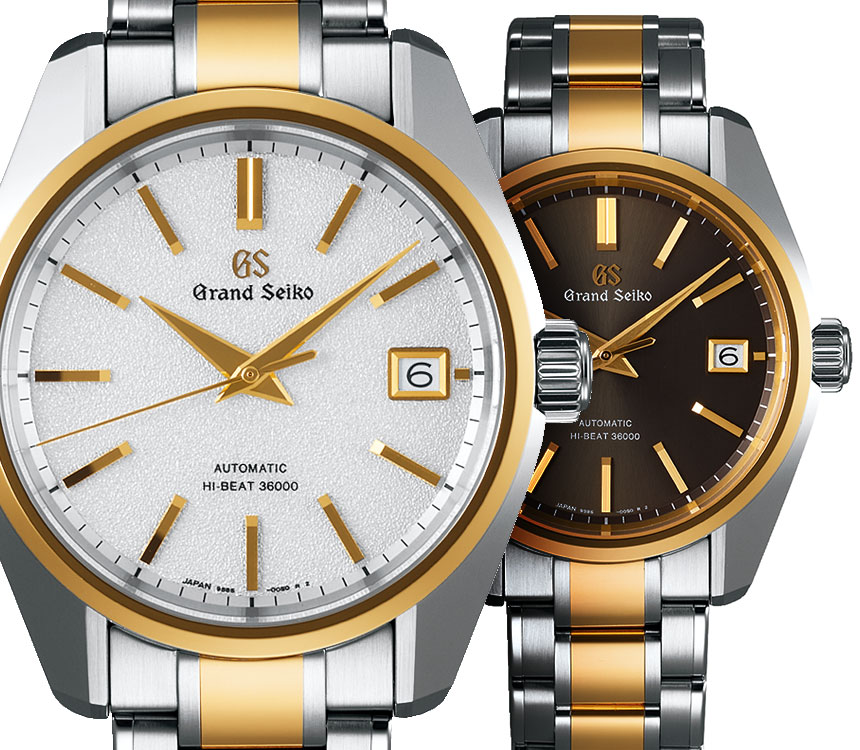 As always, a lot of the “Grand Seiko magic” lies in the dial and the new SBGH252 and SBGH254 aren’t any different. The Grand Seiko SBGH252 has a white dial that has a unique texture that resembles snow frost. With only press photos to go by, it is hard to say for sure, but the SBGH252 has a dial that reminds me of the earlier Spring Drive SBGA125. It provides a stunning backdrop for the gold hands, which really pop with contrast.

On the other hand, the Grand Seiko SBGH254 has a “mocha” dial with a sunburst finish. Again, mocha-colored dials are something that you don’t see on many watches, though it seems to be catching on as a trend lately. Here, on the Grand Seiko SBGH254, I must say that it complements the gold hands very well. My only criticism is that instead of white, the date wheel should come in a matching mocha color too, but that’s the typical GS focus on prioritizing function (in this case the date’s legibility) over form. 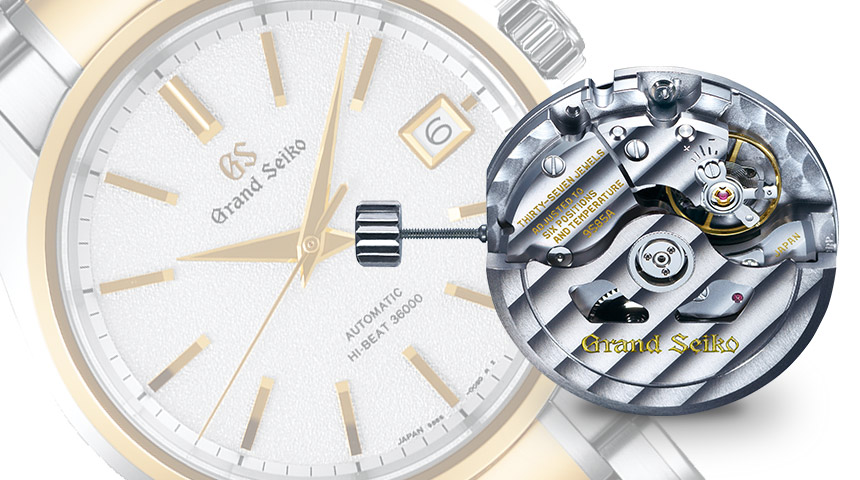 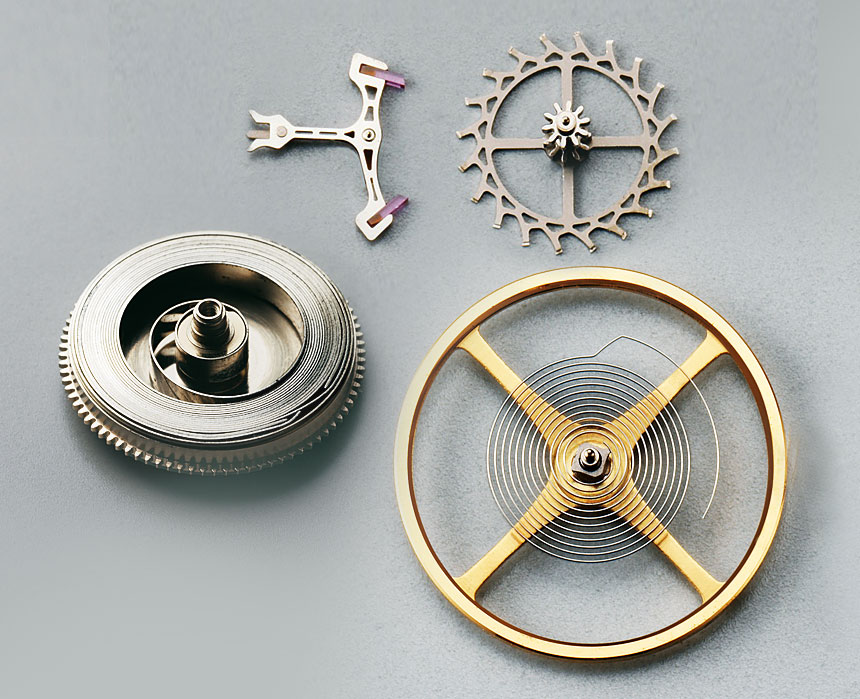 Both watches are powered by Grand Seiko’s 9S85 Hi-Beat movement. It beats at 36,000bph or 5Hz and is one of the few mass-produced movements to do so. It is a high-tech movement produced using Seiko’s MEMS technology and also proprietary alloys developed by Seiko such as Spron 610 for the balance spring and Spron 530 for the mainspring. The end result is a movement that meets Grand Seiko’s strict standards. This means an accuracy of -3/+5 seconds a day (stricter than COSC) and a power reserve of 55 hours.

I have no doubt that these two new Grand Seiko watches will be immaculately crafted and made. Add that to the rarity of two-tone Grand Seiko watches and what you have are watches that will be highly appealing to Grand Seiko fans and collectors – and anyone else with an eye for quality execution and an open mind to pick something carrying not one of your typical household luxury brand names. Notably, the Grand Seiko SBGH254 with its mocha dial will be limited to just 150 pieces while the white dial SBGH252 appears to be a non-limited variant – good move! The Grand Seiko SBGH252 and SBGH254 are both priced at 1,150,000 Japanese yen and to give you some context, that is currently equal to about $10,350 which is about $2,500 less than the new two-tone Rolex Datejust 41 reviewed here recently. grand-seiko.com