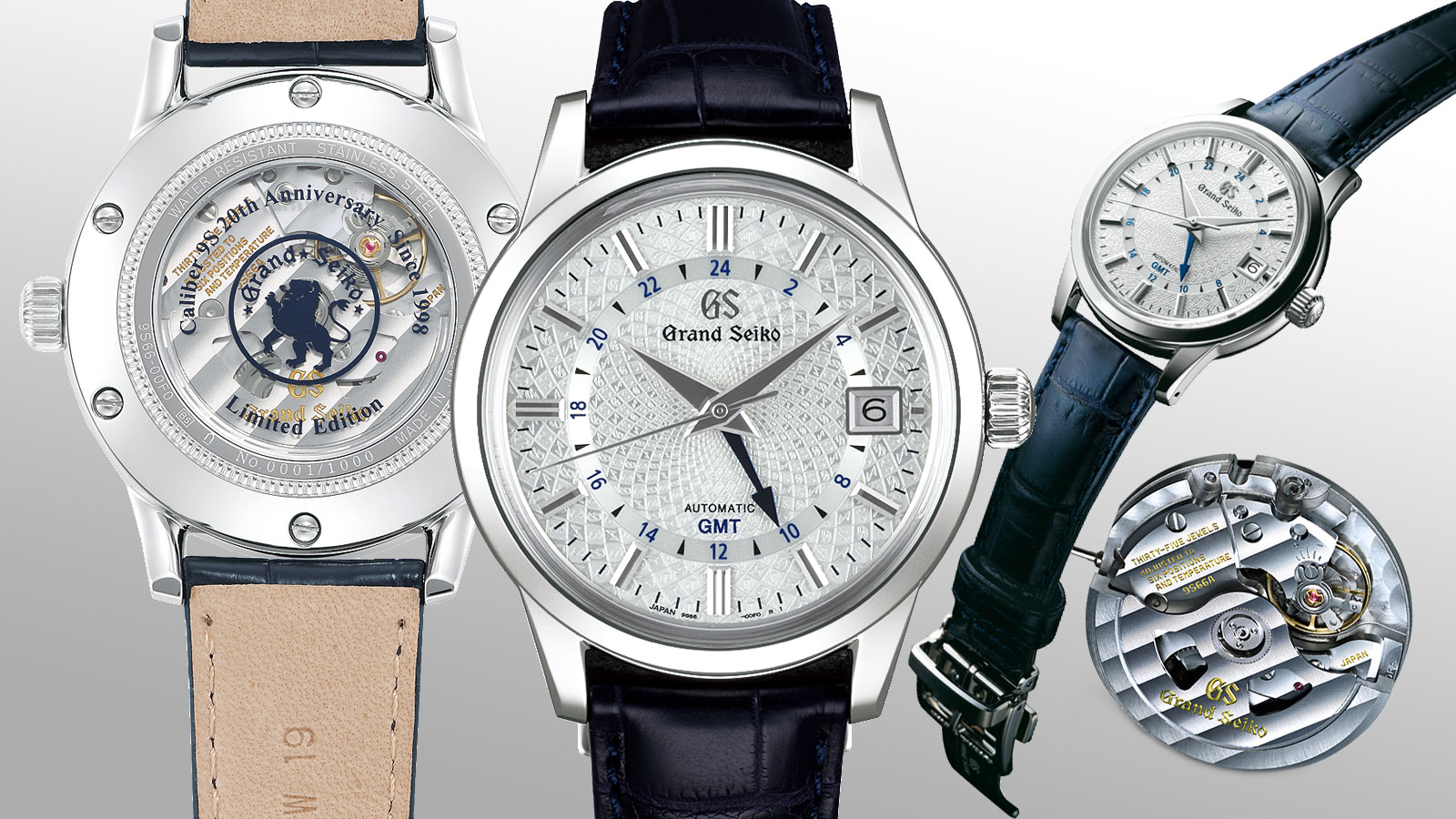 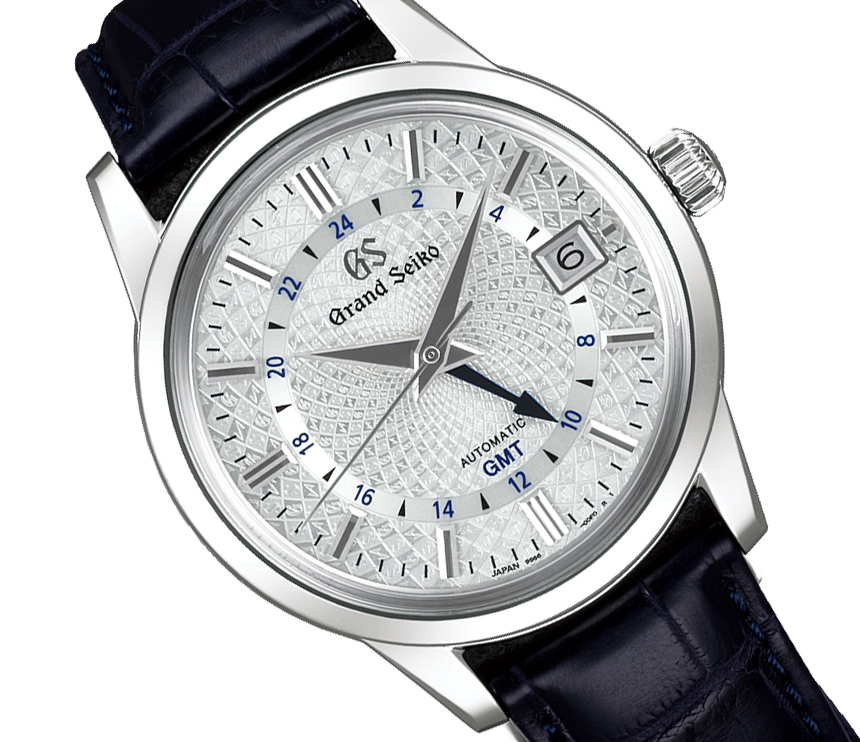 The 9S family of movements represents Grand Seiko‘s modern range of mechanical watches, and Seiko is celebrating its 20th anniversary this year. Following three-hand models introduced at Baselworld 2018, the newest 9S GMT limited edition watch has seemingly appeared out of nowhere. Seiko wants the new Grand Seiko GMT SBGM235G 9S Mechanical 20th Anniversary watch to remind everyone of its mechanical movement producing history, which of course goes further back than the 20-year-old 9S series. This is expressed through an intricate GS dial pattern, the choice of case and other styling that can be considered generally retro, and a 4Hz automatic 9S66 movement.

It is necessary to say 4Hz right away because “Grand Seiko GMT” may cause some people to think of the popular Hi-Beat 36,000 GMT watches such as those we initially saw hands-on here, of which Seiko has continued to produce limited-edition versions. I’m a big fan of those watches, but the Grand Seiko GMT SBGM235G has some charm of its own, if of a different variety. This limited edition is not the first “Grand Seiko Elegance Collection” SBGM model with its conservative case size, raised crystal, and 24-hour GMT (second time zone) track forming a ring at the inner portion of the dial.

That ring and the short, arrow-shaped GMT hand largely distinguish the SBGM dial’s general character among other Grand Seiko offerings. While the non-limited SBGM221G has a kind of cream-colored dial that gives it a vintage or faded look, in my opinion, the new Grand Seiko GMT SBGM235G’s white dial with its intricate pattern feels lavish and fresh to me. Grand Seiko is known for excellent finishing of important elements such as its hands, and here the GMT hand is prominent. I would not go so far as calling the main hands too short, but I feel making them a bit longer would have been a strong choice. 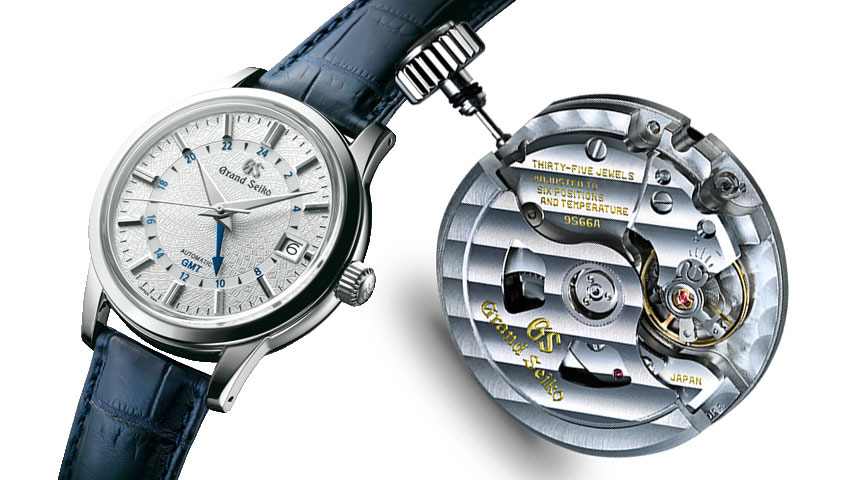 Textured and patterned dials tend to be good for legibility. This dial pattern is found on more of these anniversary editions, and it features lattice-like lines with the spaces filled in by G, S, and a retro Daini Seikosha (now called Seiko Instruments) insignia that kind of looks like a lightning bolt. In Seiko’s images, the effect appears quite striking – somewhat like a mosaic – but I think this will change based on the angle and lighting. See Revolution’s images here. Unfortunately, Seiko has not provided larger or better images or responded to a request for them.

The 39.5mm-wide, 13.7mm-thick steel case with its “box-shaped” sapphire crystal and narrowish lugs maintain a vintage vibe. This seems an appropriate choice for a watch intended to highlight the brand’s past. The water resistance stated as “splash resistant” sounds a bit wimpy, but I would interpret that as equivalent to 30m water resistant watches with a similar formal purpose. As so many Grand Seiko pieces, we can expect the fastidious approach the brand is known for in its details and finishing to extend from the case through the dial and its various elements. 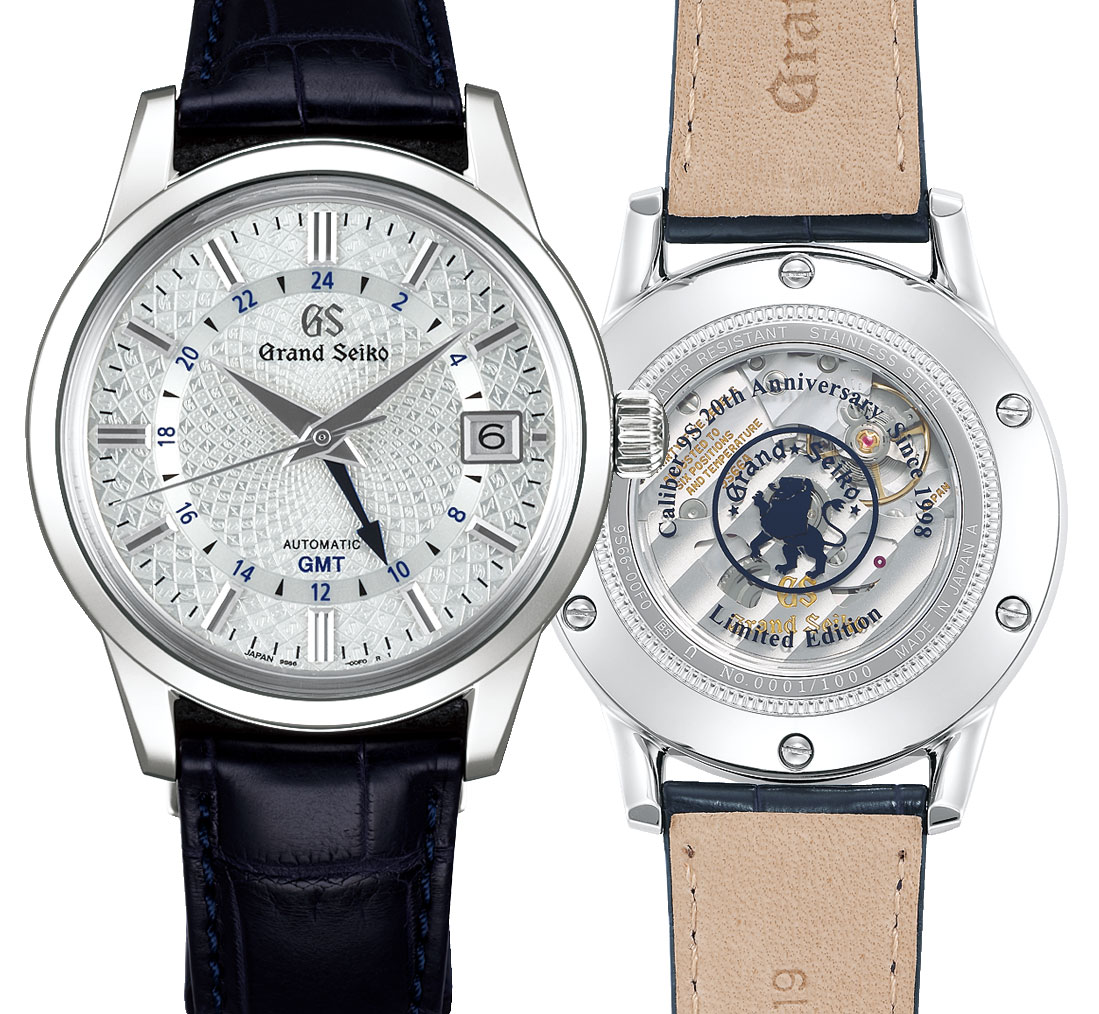 Don’t forget the movement, which is the stated reason behind this limited edition. The 9S66 is the GMT version of the 9S65, which is the most standard automatic movement in the 9S family and what a number of other movements are based on. It may not feel quite as exciting or modern as the Hi-Beat movements (9S85 being the standard and 9S86 being the GMT version), but it offers much of the same high standards of finishing and tech – learn more about Grand Seiko technology and 9S movement making here. Again comparing to the 5Hz Hi-Beat watches (I can’t help it), the 9S66 operates at 4Hz – the most standard, modern, and common frequency for mechanical movements across the industry.

While power reserve, frequency, and accuracy is a game of balancing and tradeoffs, Grand Seiko does pretty well in all respects. The 9S66 offers three days (about 72 hours) of power reserve compared to the Hi-Beat movements’ 55 hours (which is still not bad at all) and promises an accuracy of +10 to -1 seconds per day in normal daily use situations. The Grand Seiko GMT SBGM235G 9S Mechanical 20th Anniversary Limited Edition has a retail price of JPY 550,000 (at time of writing around USD 4,850) and is limited to 1,000 pieces. Learn more by visiting grand-seiko.com