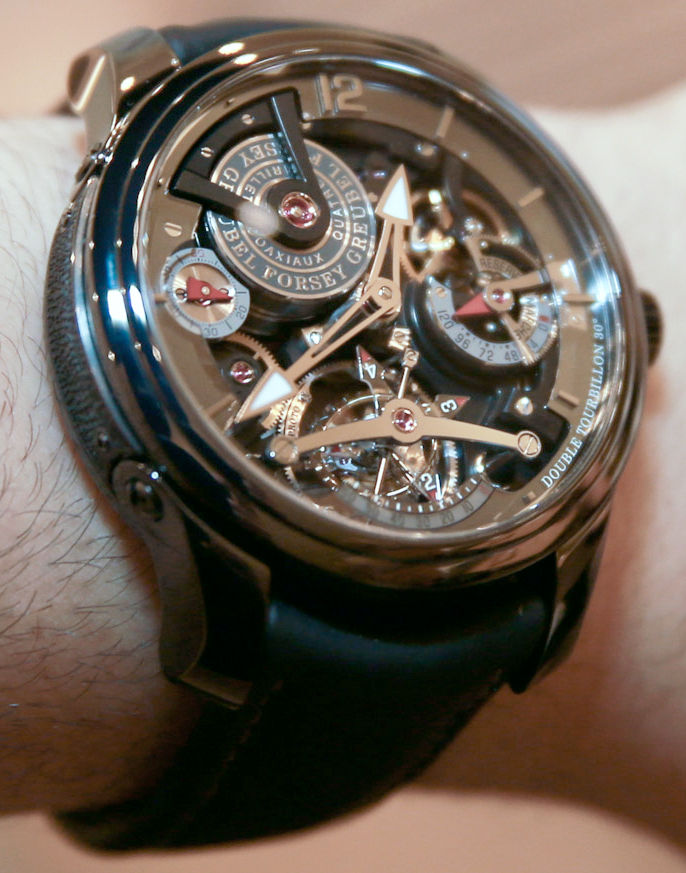 If there is anything that this industry has done to me, it is to give me an incredibly skewed perception of wealth. I’ve lately realized that I have a very poor notion of “affordable” and “normal.” When you notice that an entry level mechanical timepiece that you’d hesitantly give to your father hoping he wouldn’t think it is too simple can cost $2,000, you probably know what I am talking about. In the scheme of buying products, $2,000 is expensive, and this version of the Greubel Forsey Double Tourbillon is so many more times that in price. 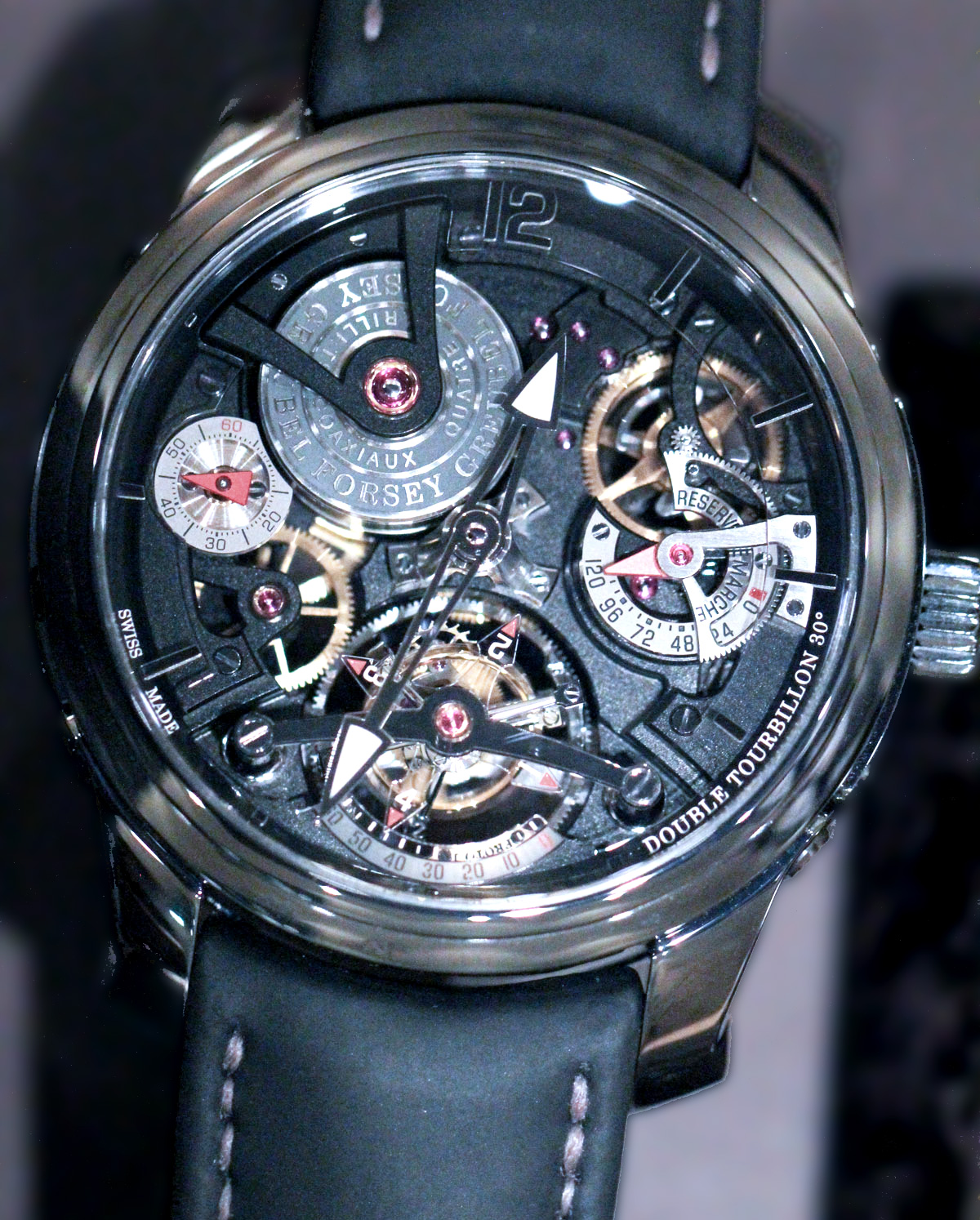 Greubel Forsey produces many watches that are a close neighbor to $1 million, proving themselves to be harsh mistresses. As unattainable as she is in this shiny black dress, this black titanium piece of horologia did steal my heart when spending just a few romantic moments together at SIHH 2013. Is it but a mere horological flirt? Perhaps my tastebuds should have never been exposed to this type of rich flavor? Am I doomed forever to see anything but the very top tier of timepieces as lust-worthy? I don’t know. I still have a sensible side that gets excited about a new cool Casio watch, but that doesn’t change the fact that nothing inside of me is absolutely repulsed at the idea that in some universes, spending the wealth required to purchase something like a Greubel Forsey watch, is acceptable. 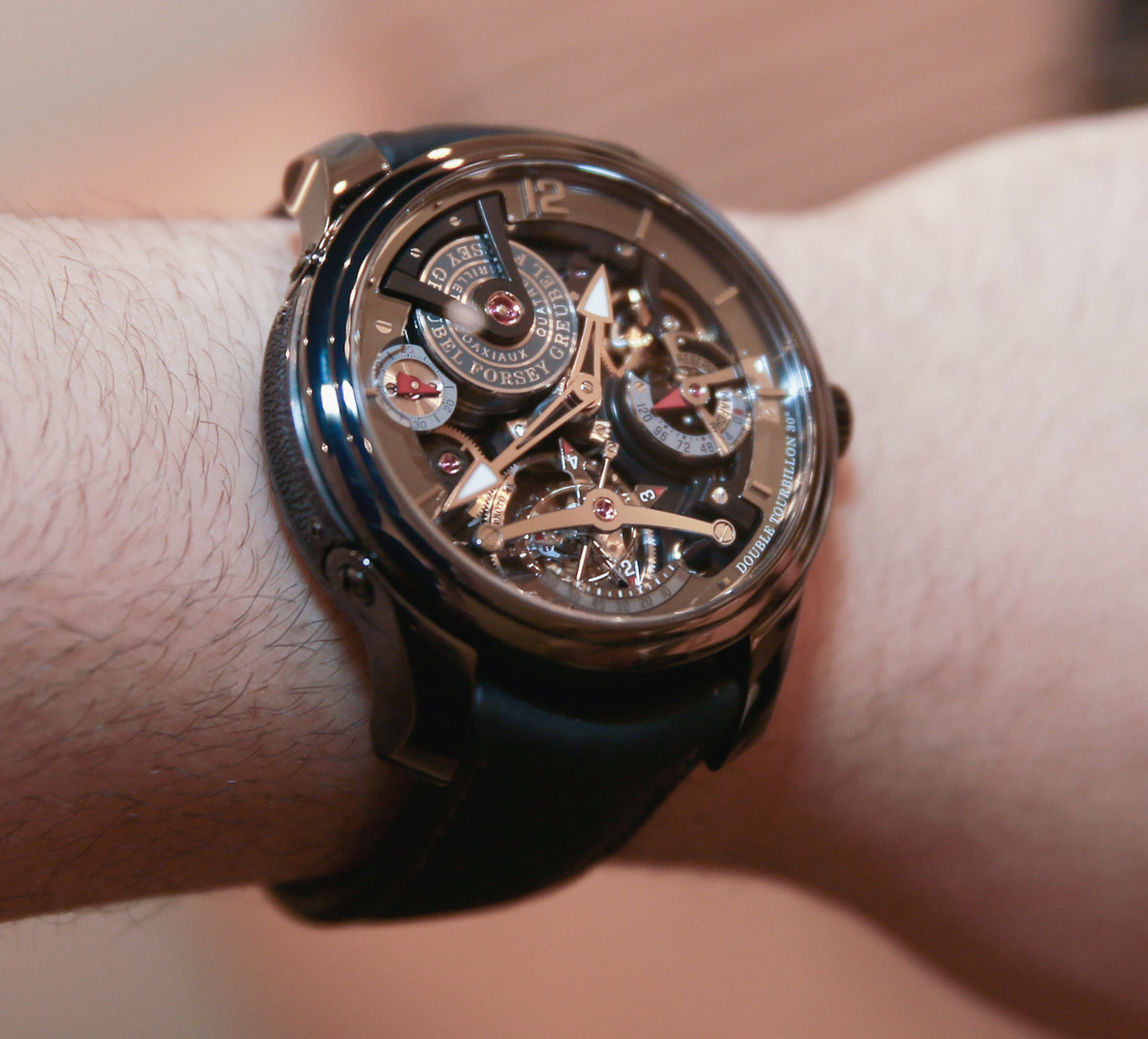 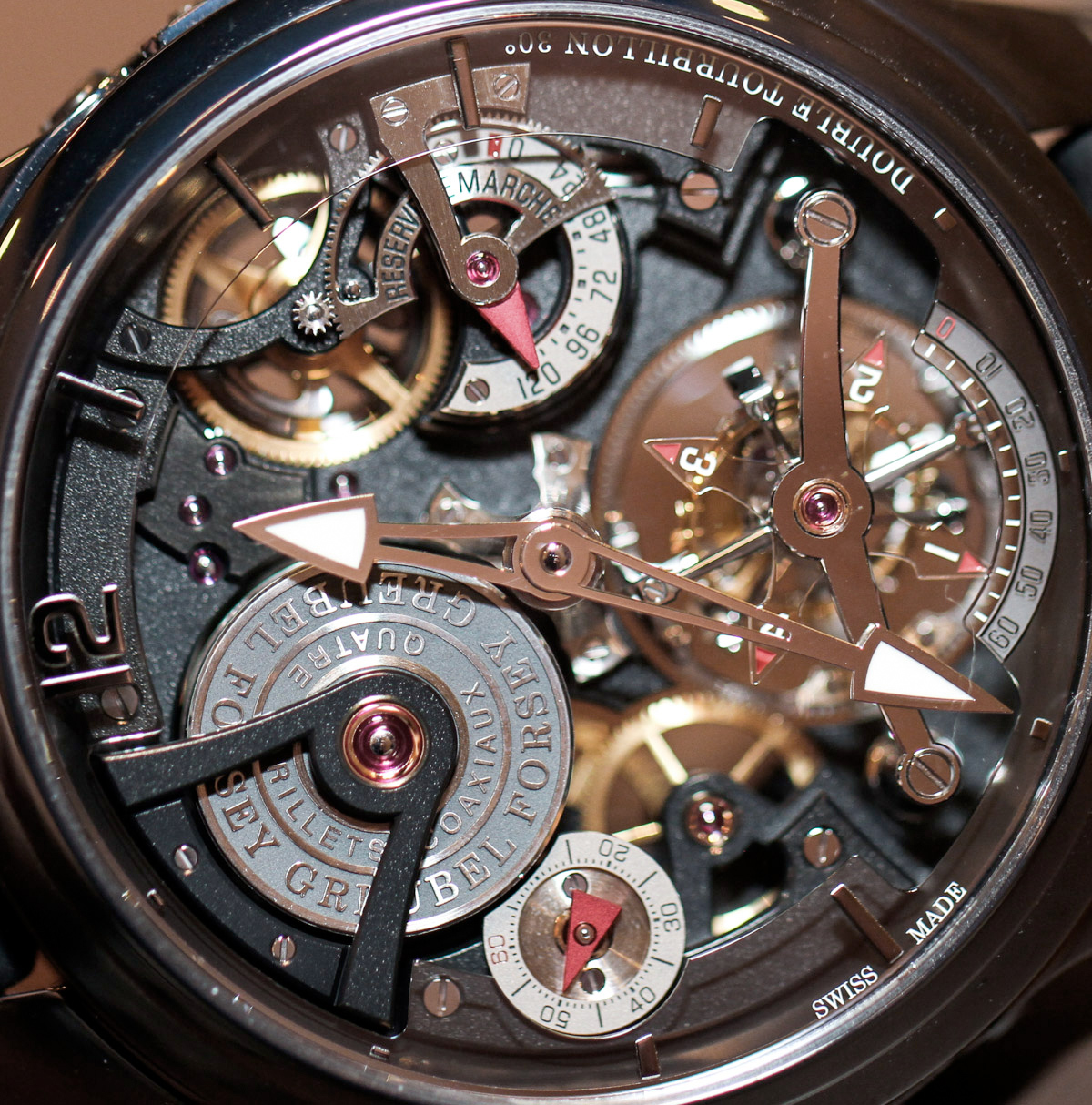 The Greubel Forsey Double Tourbillon Technique Black is the very first timepiece the brand has released with a titanium case, and here it is presented with a shiny black coating. At 47.5mm wide, the Double Tourbillon Technique Black case is surprisingly light. Perhaps that is because the last time around Greubel Forsey offered it in a gold case (hands-on here). So of course it is going to feel less weighty on the wrist in titanium. Each interpretation of the watch is a little bit different. At the least, the meticulous hand-decorated movement is perhaps finished differently, or polished in a slightly different way. Oodles of time on each facet of the watch is taken and the level of quality control is phenomenal when you take into consideration it is just a watch we are talking about.

While there are some close rivals, I think it is easy to say that Greubel Forsey produces some of the finest, if not the finest finished watch movements around. I’ve always loved the Double Tourbillon Technique because of its extremely three-dimensional dial. The in-house made caliber GF02S manually wound movement is designed in order to be very open and visually inviting. With the shiny, almost sand-blasted finishing of the black bridges in this piece, the contrast of the lighter elements of the movement further enhance the impressing depth of what you see when you look through the sapphire crystal. 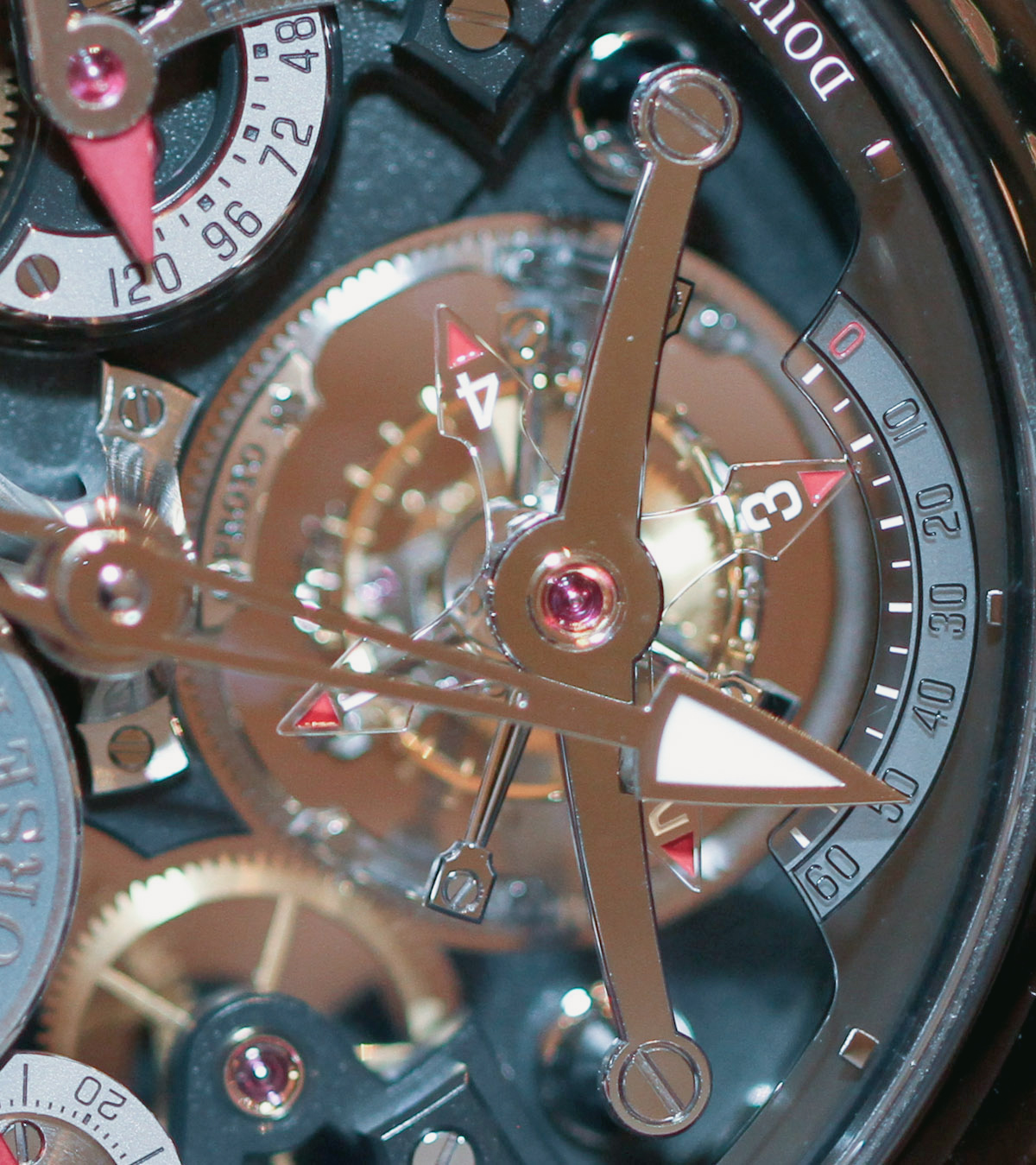