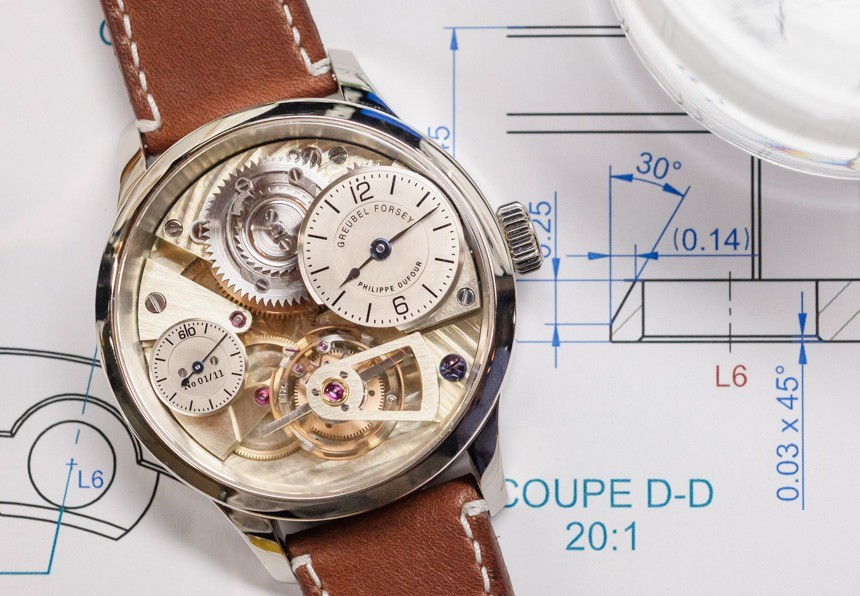 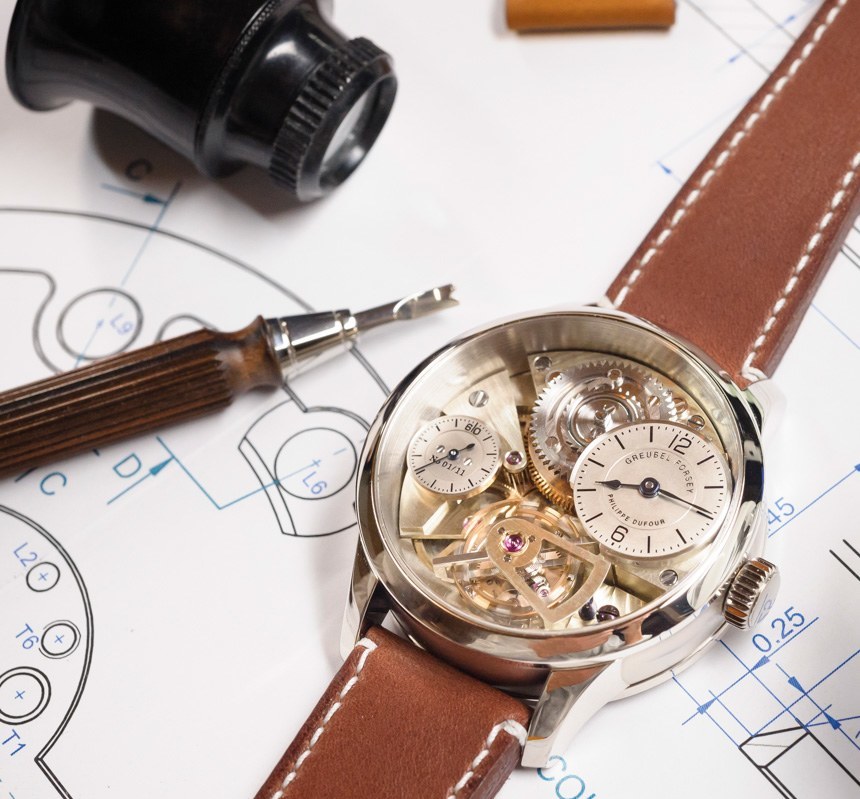 The centuries-old traditions and know-how in horology, as awe-inspiring, interesting, and technically unique as they may be, are feared to be soon forgotten, as the newer generation – the much needed “fresh blood” – is hardly motivated to consider taking the long road that leads to them understanding, practicing, and hence, preserving these invaluable assets. It is with this reason in mind that Greubel Forsey and Philippe Dufour conceived the Le Garde Temps Naissance d’Une Montre project that was officially launched in 2012 – the fruit of an “obsessional desire to research, record, and transmit the techniques involved in traditional handmade watchmaking.” 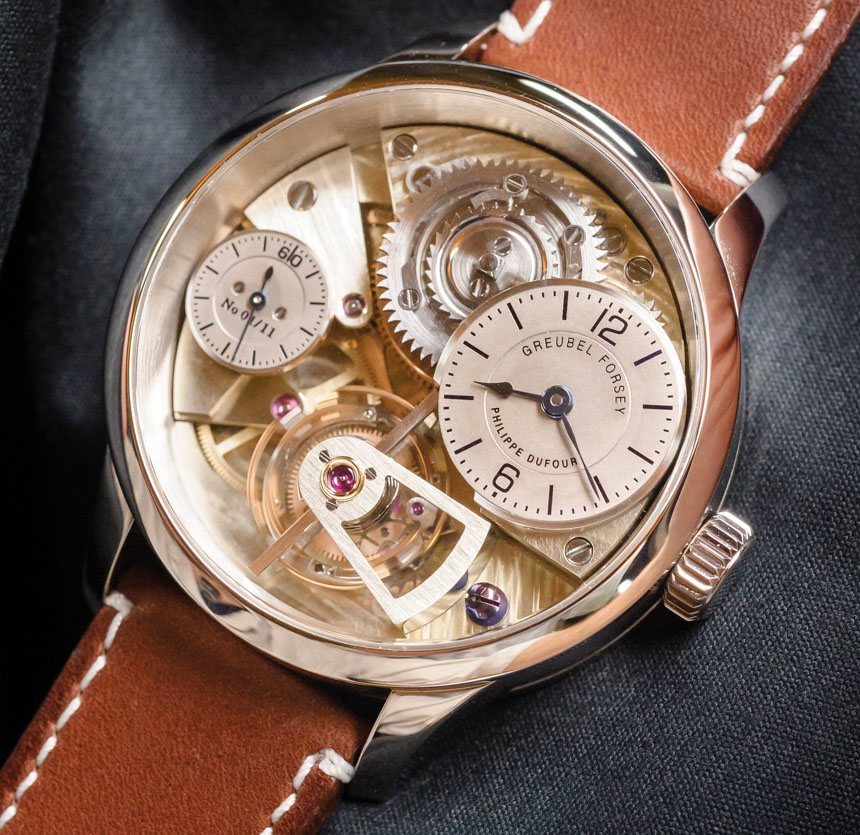 We may as well stop right here for a moment. Stephen Forsey, Robert Greubel, and Philippe Dufour: these three watchmakers surely need no introduction to most hardcore watch enthusiasts out there. The former two are primarily known for their unique, highly complicated and exceptionally finished creations under the name Greubel Forsey (see all we have written about them here), while the latter is known to be one of those handful of haute horlogerie watchmakers who work completely alone as they create some of the most traditionally beautiful – and of course, also staggeringly finished – timepieces. These three names represent some of the absolute best in modern horology. 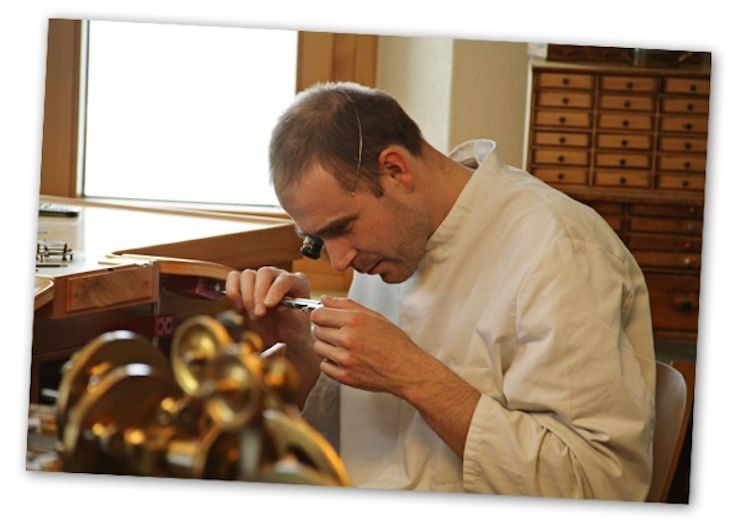 That implies the importance and delicacy of the know-how they (could) share and, with the aforementioned concerns of these traditions not being carried on by anyone, and hence, disappearing partly or entirely, the three decided to pick someone they deemed worthy and transmit their expertise to him or her. The chosen pupil was Michel Boulanger, a French watchmaking teacher at the Diderot vocational college. The idea was to have Boulanger build a relatively simple, three-hand watch with a tourbillon escapement in his workshop to the south-west of Paris, and while doing so, each month pay a visit to Robert Greubel, Stephen Forsey, and Philippe Dufour, as well as to learn from other specialists at the Greubel Forsey manufacture. 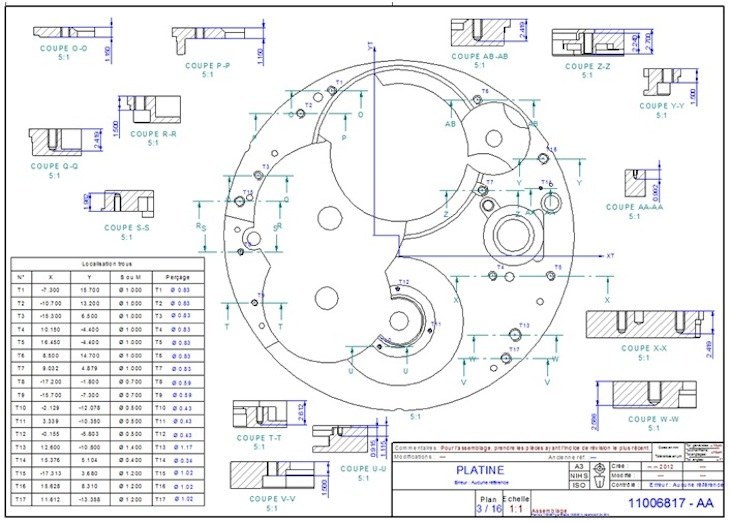 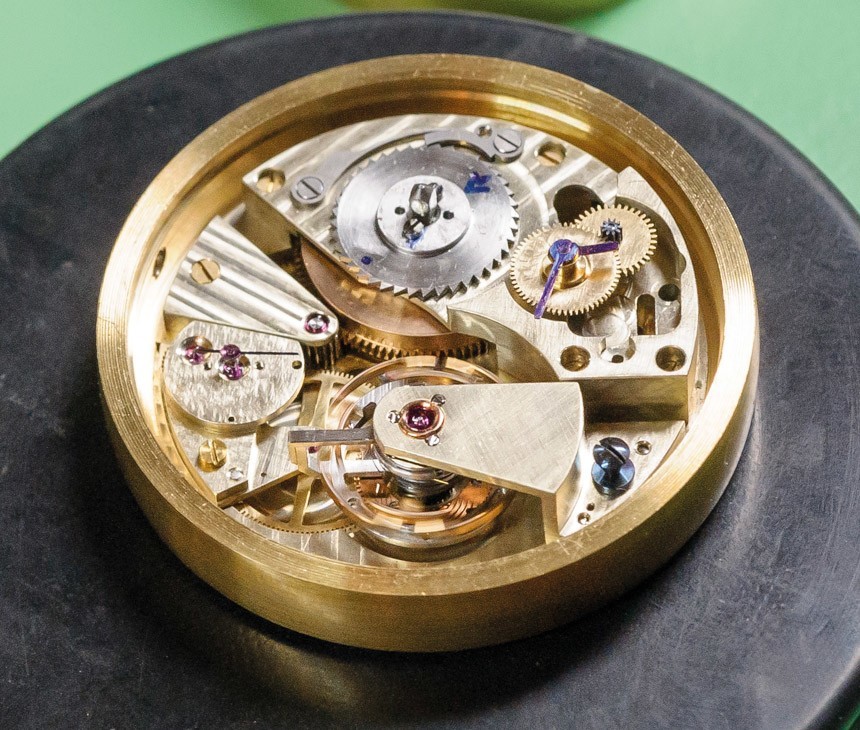 An interesting aspect to this co-operation is the fact that Michel Boulanger has been writing a blog that covered his experiences (see the link at the end of this article) and many important steps that led to the completion of the first timepiece under the aegis of the Le Garde Temps Naissance d’une Montre project. The thing is, that detailed information on these intricate processes are just about never made available by high-end manufacturers, and yet, in this case, Michel Boulanger discussed some that concerned him – and therefore, his mentors.

As mentioned above, the watch, conceived as a limited edition of 11 pieces, was to be a round timepiece with a hand-wound movement featuring hours, minutes, and seconds indications, and a one-minute tourbillon. While the approach is meant to be relatively pure, its result is nonetheless a complex-looking watch with a complicated dial that proudly showcases a variety of design elements and finishing techniques.

As different as the design language of Greubel Forsey and Philippe Dufour are, just as mixed is the Le Garde Temps Naissance d’Une Montre piece: the highly asymmetric dial reminds us of the former, while the clean, round case takes after the beautifully proportioned cases we have been seeing from the latter. 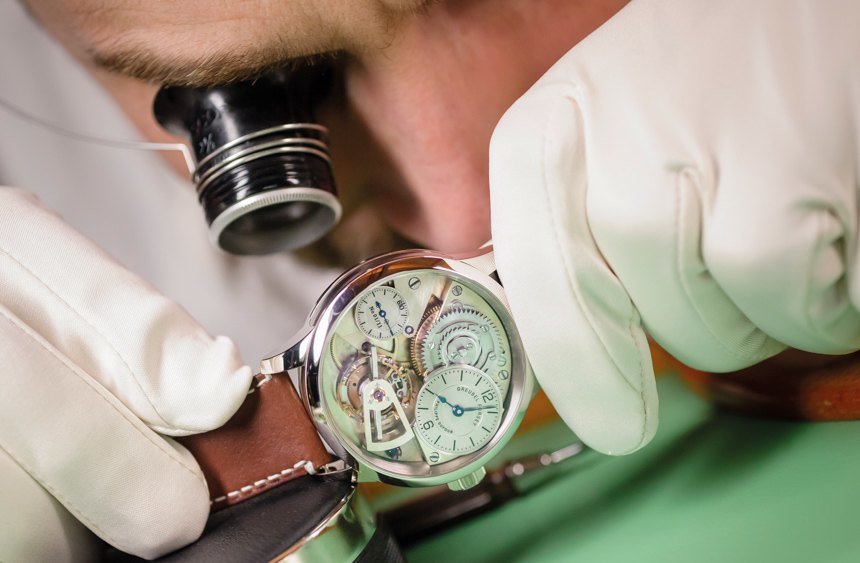 At 45mm wide and 15.1mm thick, the white gold case carries some 21st century heft, with the movement ticking away at a very traditional 2.5 Hertz or 18,000 vibrations per hour. The interesting bit is that while the construction started in 2012-2013, the only piece to have been made thus far still lacks most of the intricate decoration it absolutely has to showcase. Planning, designing, and then manufacturing the case as well as the movement components is, of course, a demanding task and one that allows for no mistakes. However, what really sets independent watchmaking – and more importantly, haute horlogerie – apart from other branches of the industry has to be the quality of finishing.

Michel Boulanger is, of course, in good hands, as Greubel Forsey and Mr. Dufour are widely acknowledged as some of the absolute best when it comes to decorating movements – and so, we are looking forward to seeing how far Michel Boulanger can take the resulting timepiece of this project. 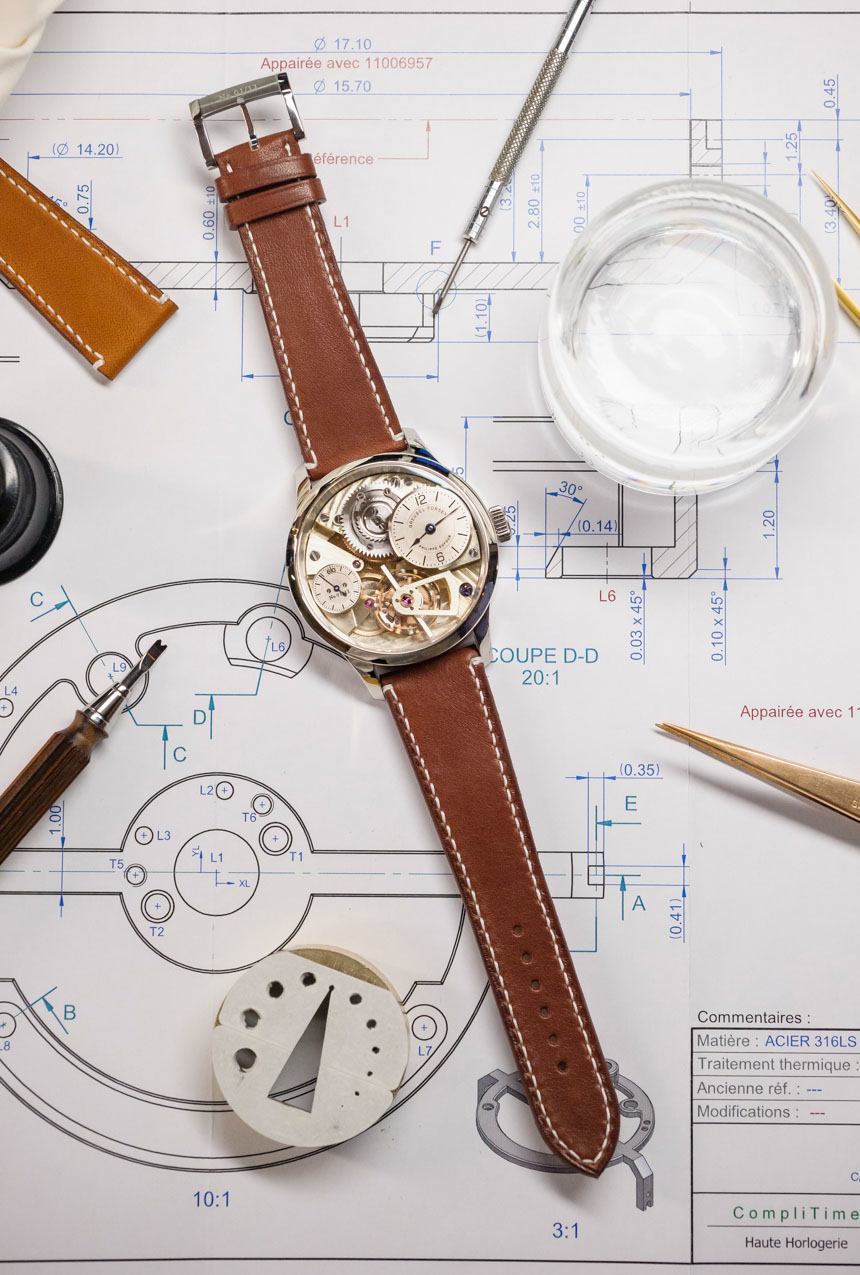 Since the first completed watch is expected to be ready for delivery by late 2016, there is plenty of time left to reach the final stages in component decoration and also to perhaps begin manufacturing the upcoming pieces in this limited series of just eleven watches – which will take several more years to complete.

What renders the Le Garde Temps Naissance d’Une Montre project genuinely interesting is not just the fact that a watchmaker – who happens to be also teaching watchmaking – gets to learn from some of today’s horological giants, but also that the steps (and of course, the final result) of this learning process is shared with the public, showing how time-consuming it is to learn and master the trades that render a watchmaker one of the best in his craft.

Speaking of the end result itself, it is a highly fascinating watch that tells us what it would be like to fuse the works of two distinctly different high-end watchmakers – and that has essentially happened with Philippe Dufour and the duo of Greubel Forsey in this project. The result is what you would expect it to be: a mixed bag of some trademark elements from both – and ultimately crafted by a third party. We look forward to seeing the first delivered watch sometime during 2016 and hope that Michel Boulanger will have the chance to convey all that he learned from this unique experience with watchmaking students for many years to come. We received an update of the price being 450,000 Swiss francs, that is about $471,000. legardetemps-nm.org