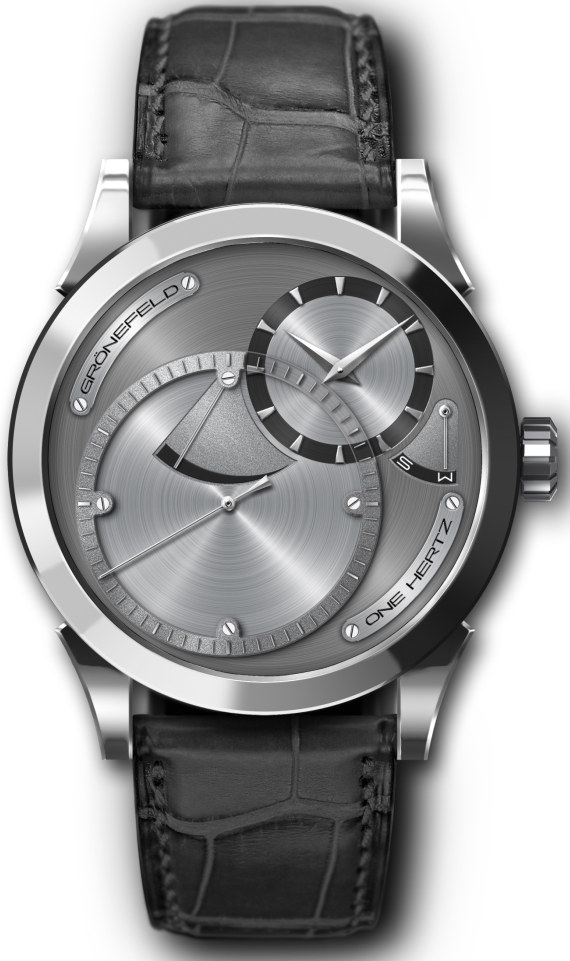 Tick tick tick… makes you think of a quartz watch right? WRONG! Well, at least in this case. This fancy little Dutchman is a dead-beat watch. No that the type of dead-beat that won’t pay child support, but rather a mechanical watch with a ticking seconds hand. The hell you say!? Yes, it is true, quartz watches didn’t invent the ticking hand. In fact, for a long time the dead-beat seconds hand has a unique use for certain watch owners, and was in itself a novel complication just like a regulator or anything else. I actually think it is very cool, and dead-beat second watches have the advantage of allowing you to know exactly when a second hits, as opposed to judging the progress of a sweeping seconds hand. However, (you know this however) dead-beat seconds watches are rare because no one watches them confused with a quartz timepiece! Trust me, you spend $10,000 and up on a dead-beat second watch, and you don’t want people thinking you have merely a very pretty quartz timepieces.

Though when you get into the watch lover mentality, a niche set of fans exist for complications such as this. Gronefeld, founded and run by watch maker brothers Tim and Bart out of the Netherlands will soon release the “One Hertz 1912” watch with a dead-beat seconds complication using a new in-house made movement. According to them, it is the first dead-beat seconds watch from an independently developed movement. They indicate the other dead-beat second watches are based on other, modified movements. The new Gronefeld G-02 manually wound movement will feature a large subsidiary dead-bead seconds complication, as well as have some other nice features. The movement provides for an off centered hour and minute dial, as well as a power reserve indicator, and a indication for whether the crown is in winding (W) or setting (S) mode. The Dutch seem to have pull out crowns. I have seen a number of watches from small brands there have have pushers to adjust the mode of the crown, or other interesting variations on the traditional style of watch crown operation. Here, you press in the crown to change its mode. 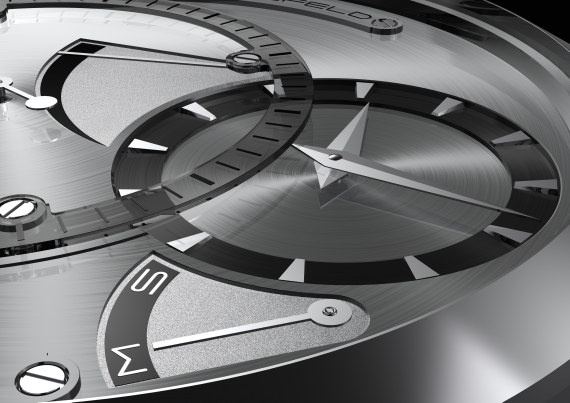 The G-02 movement performs “one operation per second,” which accounts for the watches’ One Hertz name. The watch actually runs at a 2.5 hertz rate which  I think is 21,600 bpm. So how does the second hand move only one place each second? Well it is really complex actually. Most watches like this have some type of constant force escapement, but the G-02 does not. It has a complex system of two mainspring barrels that work together to tell the time. Each mainspring barrel has its own gear train, but they are connected to work in unison. So one works to move the seconds hand, and another moves the hours and minutes. Not totally sure though how the seconds operate so slowly (most mechanical watches have the seconds hand tick rapidly at 5-10 times per seconds to make it look like it is sweeping), but here the seconds hand ticks just once per a second. The only true sweeping seconds hand is on a Seiko Spring Drive watch (as far as I know)  – though perhaps on a tuning fork movement (I just don’t know enough about those). Anyhow, Gronefeld worked to ensure that friction was really low in the movement to promote accuracy.

Thinking about dead-beat second watches is interesting. They really date back to old pendulum clocks that ticked once per a second as well. So you can consider the One Hertz to be just like that, a pendulum on your wrist. The G-02 movement is going to be pretty interesting, and I am amazed that Gronefeld put this much work in to developing it for a watch that is limited to just 12 pieces. Oh, and it will have a power reserve of 60 hours. If you are wondering, the “1912” part of the piece’s name comes from the date when Tim and Bart’s grandfather first became a qualified watch maker. I think just calling it One Hertz would have been enough, but you have to send a shout-out to family right?

As a watch, the One Hertz will have a 43mm wide steel case with a style that resembles the seminal Gronefeld watch. The classic looking lugs suddenly feel modern when combined with the very contemporary looking dial. I can’t wait to see what that circular grain polish on the dials looks like when the watch is done. It also looks like the marker ring for the seconds dial is smoked sapphire. This will be one interesting (and rare) timepiece from Gronefeld. Like I said, only 12 pieces will be available of the limited edition One Hertz 1912 watch. It is a risky move for the young brand, as dead-beat second mechanisms seemed to die with the quartz movement crisis/revolution. But then again, people today are always looking for something different, and I find it hard to imagine that there aren’t 12 loyal (and wealthy) watch lovers out there that are gonna get excited about this piece. Price is 29,500 euros (before taxes). 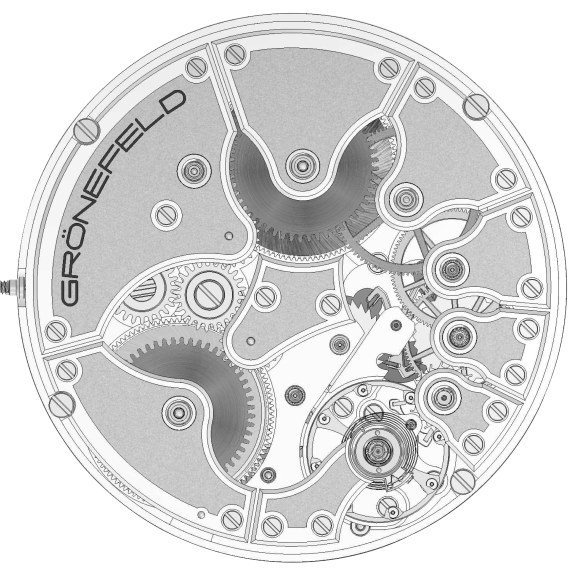 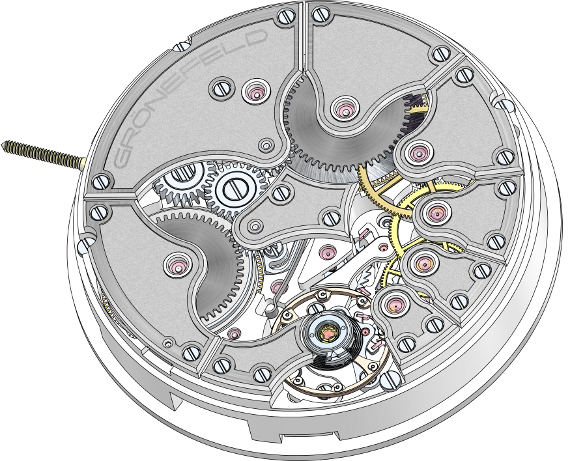 Winding-setting mechanism: Push function crown for winding or setting
Power reserve mechanism: Classic Breguet style by means of a cone moving up and down on the threaded barrel arbour
Indications: Hours and minutes in sub-dial at 2 o’clock, large seconds at 7 o’clock, power reserve, setting-winding indicator at 3 o’clock