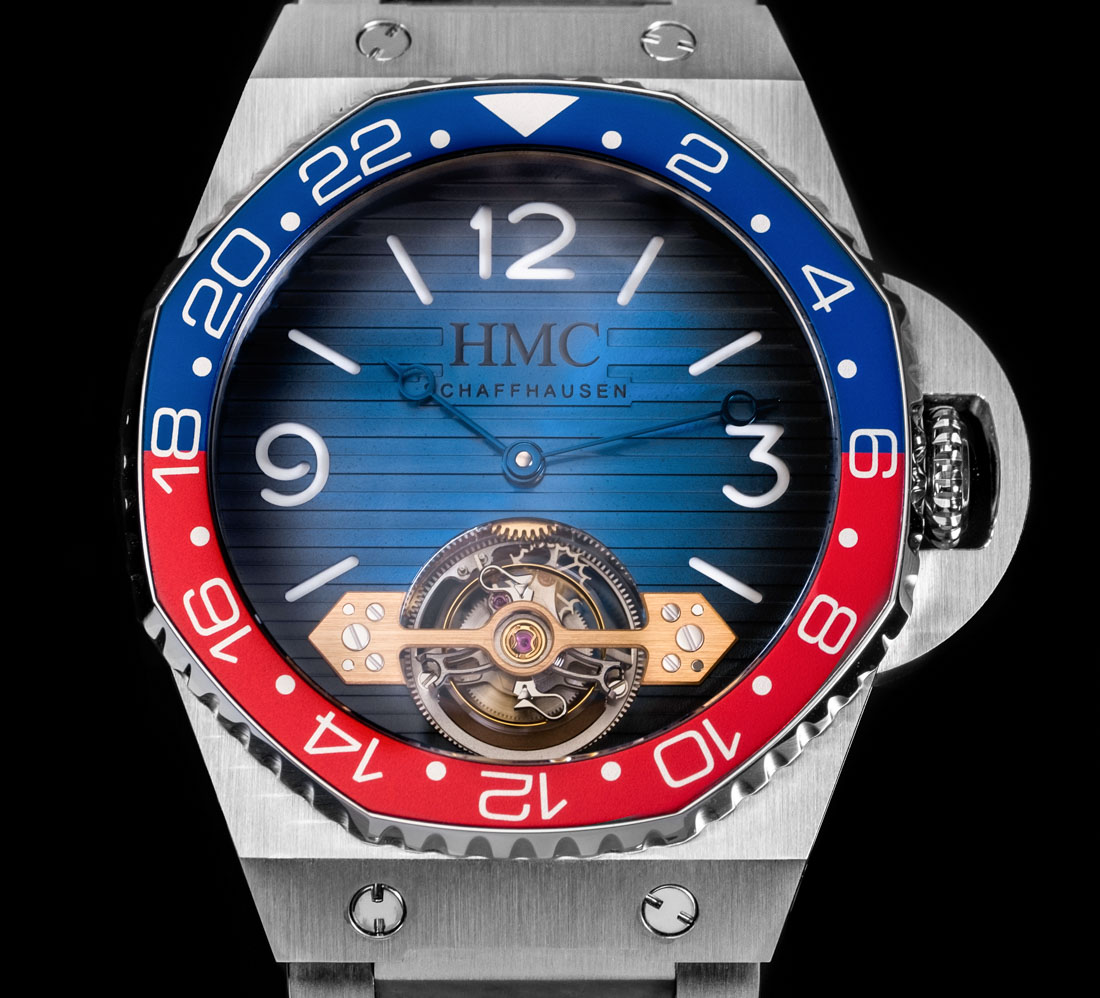 Update: We have received an official statement from H. Moser & Cie. regarding this watch, saying that “While our objective was to pay tribute to the great founders of our beautiful industry and warn against certain practices of others, the message was unfortunately sometimes misunderstood. As such, the Swiss Icons Watch will therefore no longer be presented and won’t be sold to raise funds to support education and training of young Swiss Watchmakers. But fear not, we still have a number of surprises to share with you next week at SIHH.” We also got on a call with Edouard Meylan, the brand’s CEO – though, for understandable reasons, he couldn’t tell us anything we could directly quote him other than that there have not been any legal actions proposed. At the end of the day, apparently they had no choice but to pull back with this release… And now, onto our original article.

I’ll hand it to H. Moser & Cie… they continue to do at least one thing a year that I would have never seen coming. The Schaffhausen, Switzerland-based watchmaker just announced a one-of-a-kind timepiece that is less an expression of their creative expertise, but rather an expression toward their fellow watch industry. The expression the watch makes is certainly open to interpretation. In addition to this unique product known as the H. Moser & Cie Frankenstein Homage (from the brand’s Swiss Icons Watch collection), H. Moser & Cie released a video – that includes a message to help explain the context of the watch. The production value alone is worth paying attention to.

The watch has no price associated with it because H. Moser & Cie plans to auction it off in the near future (though its plans may have changed due to an announcement the brand made a day or so after debuting this project). From the perspective of inherent value, everything about the watch is custom (although by definition, not original) and the in-house made mechanical movement features a tourbillon. The watch doesn’t look like anything else in the H. Moser & Cie product catalog – because it’s entire purpose isn’t to look like one of the brand’s existing watches. Rather, the Frankenstein Homage watch is designed to include design elements almost entirely borrowed from existing popular watches. This approach is where the Frankenstein (Dr. Frankenstein’s monster) part of the name comes from.

We’ve found that when approached from different perspectives, the H. Moser & Cie Frankenstein Homage can either be brilliant or come across like a prank conceived by someone with far too much budget. At its heart however is a sort of activist message from H. Moser & Cie, commenting on what they truly feel are injustices, ironies, and manipulation in the watch industry. They are willing to spend a fair bit of money to drive their point home – despite the risk that some people can easily interpret their actions and intents very differently. To truly understand the H. Moser & Cie Frankenstein Homage, you need to be a serious watch industry and watch industry marketing nerd.

The watch itself is known more specifically as the H. Moser & Cie Swiss Icons Watch reference 3804-1200. In steel, the watch is 43mm wide and 12.6mm thick. It contains an H. Moser & Cie caliber HMC 804 automatic tourbillon movement that operates at 3Hz with a power reserve of three days. You can see the tourbillon through the window on the dial, but the bridge looks like a part from another brand, which happens to be the “golden bridge” by Girard-Perregaux. Now begins the game of determining whether you can identify all the brands which H. Moser & Cie included in the… Swiss Icons Watch Frankenstein Homage design. 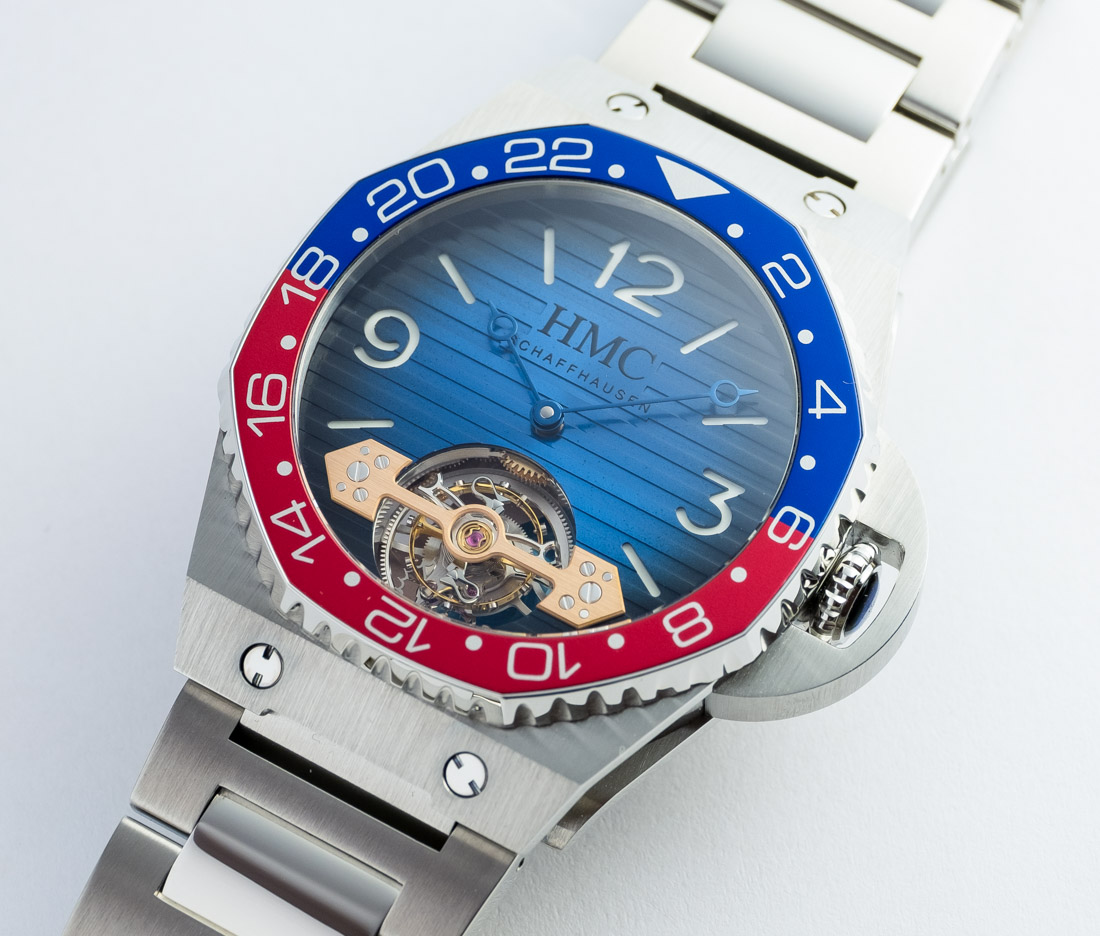 One of the ironies for me in this marketing move for Moser is that it seems to send contradictory messages. On the one hand the video that H. Moser & Cie released with the Frankenstein watch clearly attacks the marketing and pricing practices of some competitors – even though H. Moser & Cie isn’t considered a budget brand. At the same time, they produce a “design mosaic” that celebrates many of the brands they have just indirectly insulted. To me the Frankenstein Homage watch is like a very fancy practical joke – which is fun, but I’m not sure how it will come across to people who want to buy watches from “serious brands.”

David Bredan on our team feels another way about it and fully endorses the H. Moser & Cie Swiss Icons Watch Frankenstein Homage for his own reasons and for this article said: “To set off on a personal note, I was not particularly fond of previous H. Moser & Cie. Swiss Icons watches, namely the Swiss cheese and the Apple Watch iterations. Needless to say, the folks at the brand knew fully well that what they were doing was as divisive as watches can get – and I just fell into the crowd that didn’t really fancy them too much. The Apple Watch, I thought, was punching in the wrong direction and the cheese watch I just didn’t find terribly funny… 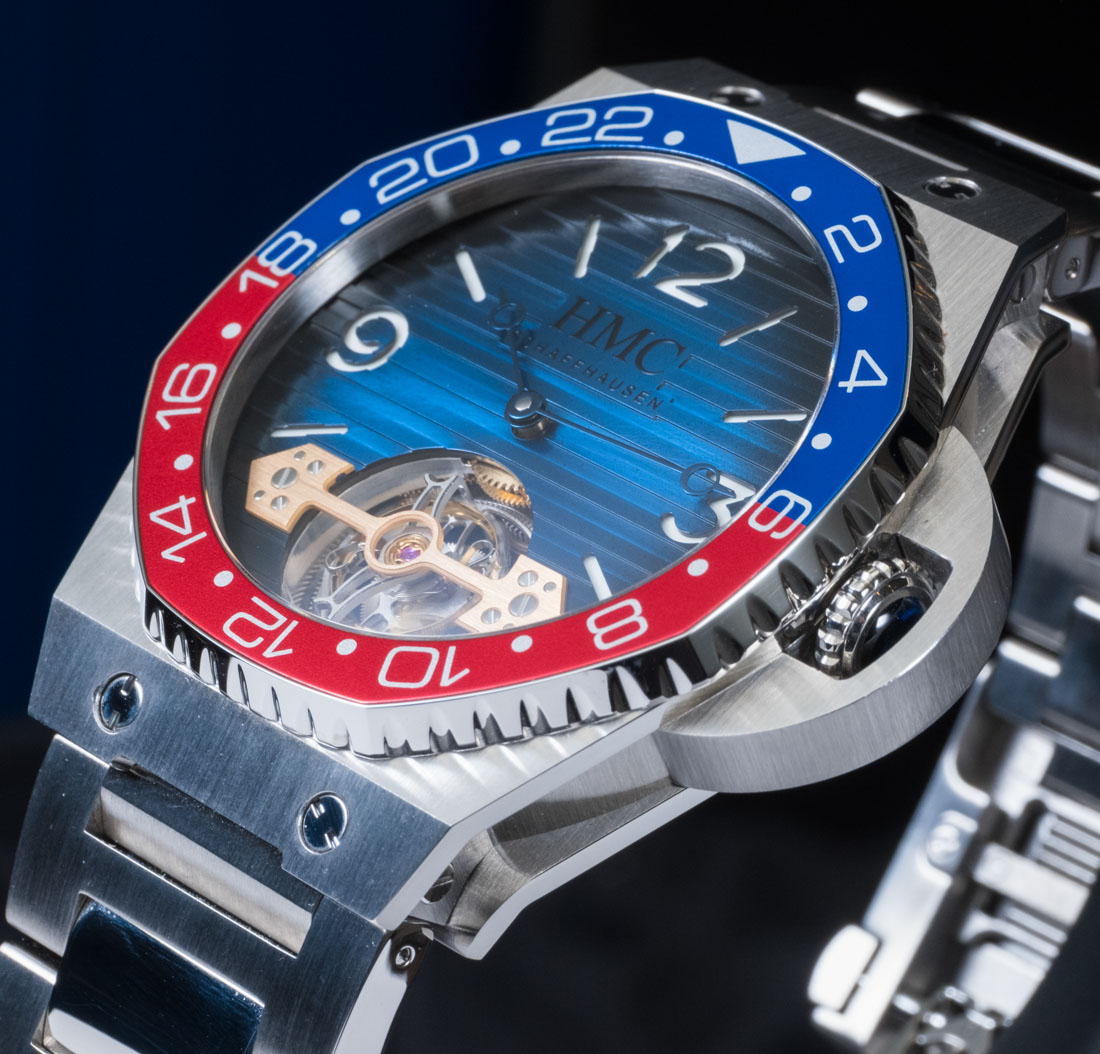 …This one though, this one is pure gold in my eyes. The end result is just as painful to look at as it is to endure time after time all the boring and safe re-releases and homages and anniversaries of mix and match watches from some of the brands whose “iconic” designs are melted into this Frankenwatch. The overall design – if we can call it that – is as stirringly bad as it needs to be for an exercise like this. It truly helps get the point across. When I met with Edouard back in mid-2017, he wouldn’t tell a single word about this project, other than the fact that his lawyers are freaking out over his next Swiss Icons idea. Now I can see why, and for this reason, this may very well be the only genuinely brave new mechanical watch from Switzerland that I’ve seen in a long time – and for that reason I respect it even more. It really is getting excessively tiring to see the egotistical big brands tip-toe around raping and regenerating their history, so something as ballsy as this is a breath of fresh air for me.”