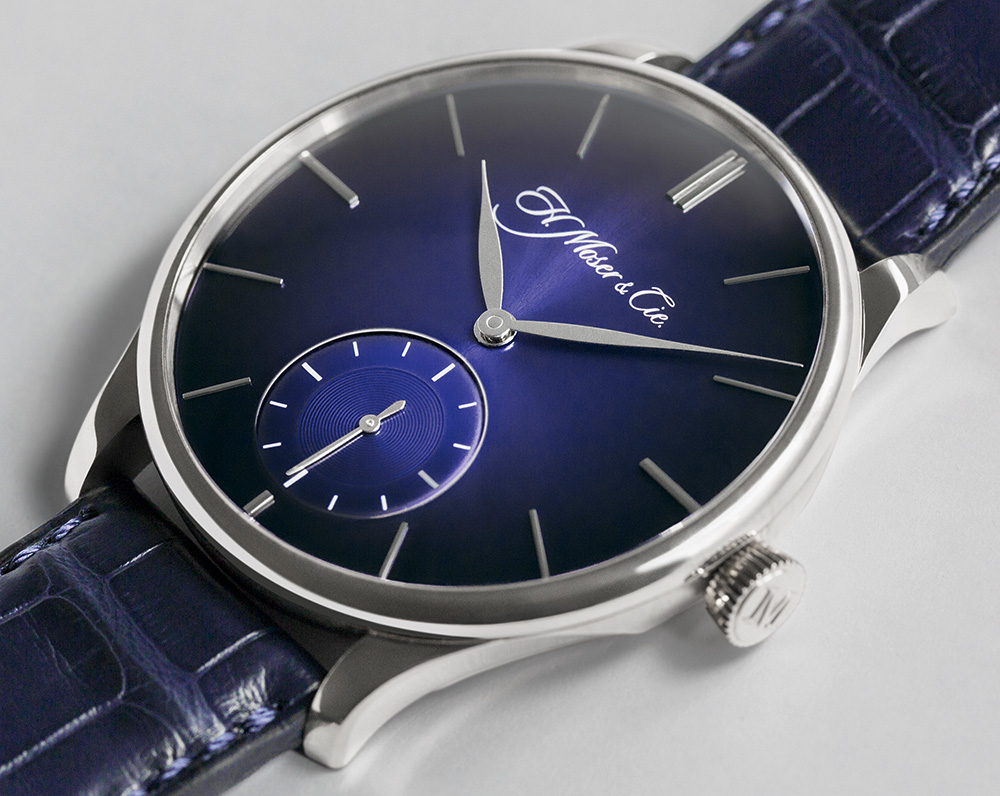 Perpetually surfing the fine line between ‘sublime’ and ‘spectacle’ is H. Moser & Cie. — one of those rare brands that we unabashedly love to follow, as you just never know what they’re going to do next. For those that prefer to associate the cheeky Swiss family watchmaker with sultry, jaw-dropping minimalism rather than jaw-dropping visual spectacles, you’re probably going to love the Venturer Small Seconds XL Paramagnetic Watch, inside which H. Moser & Cie. is debuting a brand new antimagnetic hairspring.

There’s a healthy dose of visual eye candy in every H. Moser watch, but the brand is always finding clever ways to innovate on traditional watchmaking executions, bringing new levels of practicality to what would otherwise be an extremely beautifully-made series of minimalist watches (this mind-blowingly clean perpetual calendar comes to mind). In the case of the new Venturer, that practicality manifests itself in the form of a new antimagnetic hairspring – made by Moser’s sister company (H. Moser & Cie. Precision Engineering AG) from a proprietary new alloy called PE5000. A critical part of what Moser is calling “the escapement of the future,” PE5000 is a special alloy of niobium (a chemical element that shares some properties with tantalum, but is more commonly used in alloys) and titanium that carries some invaluable capabilities with particular regard to watchmaking. In addition to its natural antimagnetic properties, the alloy is also subtly elastic, giving it a marked degree of impact resistance – both properties that present PE5000 as an intriguing alternative to silicon in similar applications. The watch itself is executed in classic H. Moser & Cie. form – its Venturer case is hewn from 18k white gold, and fitted with a spectacular blue “fumé” (or ‘smoke’) convex dial, that neatly complements the case’s refined curves and perfectly matches the specially blued balance bridge and balance wheel in the escapement. The ‘XL’ delineates the 43mm variant of the Venturer, which is not small by any means for a dress watch – particularly one in the Venturer collection with its absence of a bezel, but easily forgiven with a dial this beautiful. In addition to being equipped with the new hairspring, this Venturer is built around Moser’s hand-cranked calibre HMC 327, an in-house manufactured movement with over 3 days of reserve, due in part to its low 18’000 vib/h frequency. Fully visible through the Venturer’s sapphire caseback, the movement itself is a textbook example of Moser marrying classic watchmaking manufacturing and fine finishing traditions of the past, with a taste of a more practical future when it comes to mechanical movements – assuming that PE5000 is proven reliable enough to be more widely adopted by other names in the industry.

H. Moser & Cie. produces its watches in extremely small numbers, and the Venturer Small Seconds XL Paramagnetic is no exception. Only ten pieces of this watch will be manufactured, each carrying a price of $25,300 USD. h-moser.com