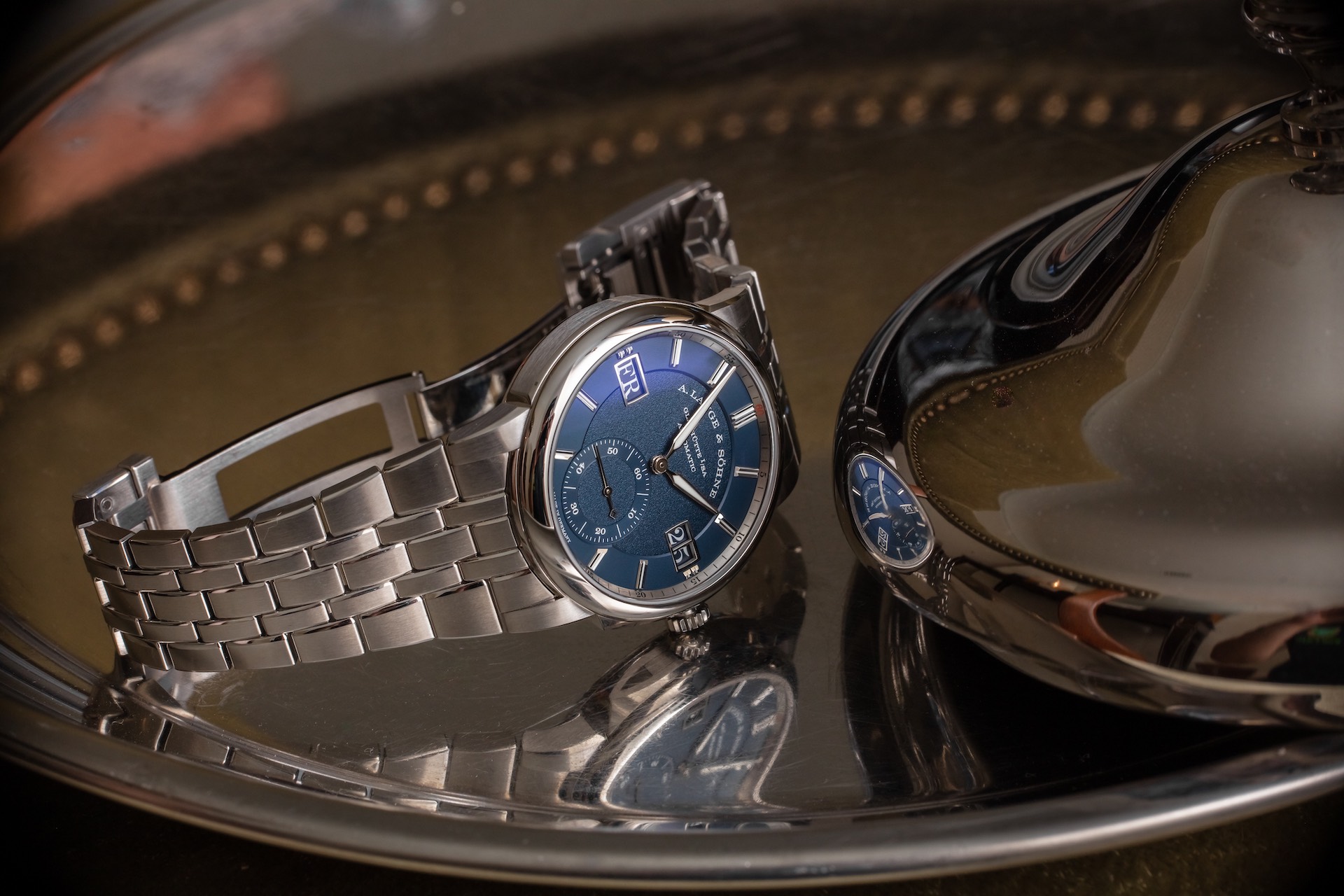 The release of the A. Lange & Söhne Odysseus was one of those moments in watch media and enthusiast circles that left me excited about the product and utterly exhausted by the din of reactions and hot takes. A month out from its release and I am finally able to put word to thought about what’s not just the first regular production steel Lange but one with an integrated bracelet and that idiosyncratically appealing case. While there were enough emojis and “what do you think?” Instagram story polls for a lifetime, the reality is that the Odysseus is a watch that a fraction of the people who want and can afford one will be able to have. You’ll also notice the peculiar term “leisure watch” in the headline of the article rather than the common parlance of “sports watch,” and that’s because it really isn’t a sports watch. We all know what a sports watch is, and the Odyssey isn’t one  — and neither is it presenting itself as one. With 120M of water resistance it can handle water, but while you’ll wear the Odysseus on the boat, you probably won’t wear it while fishing. 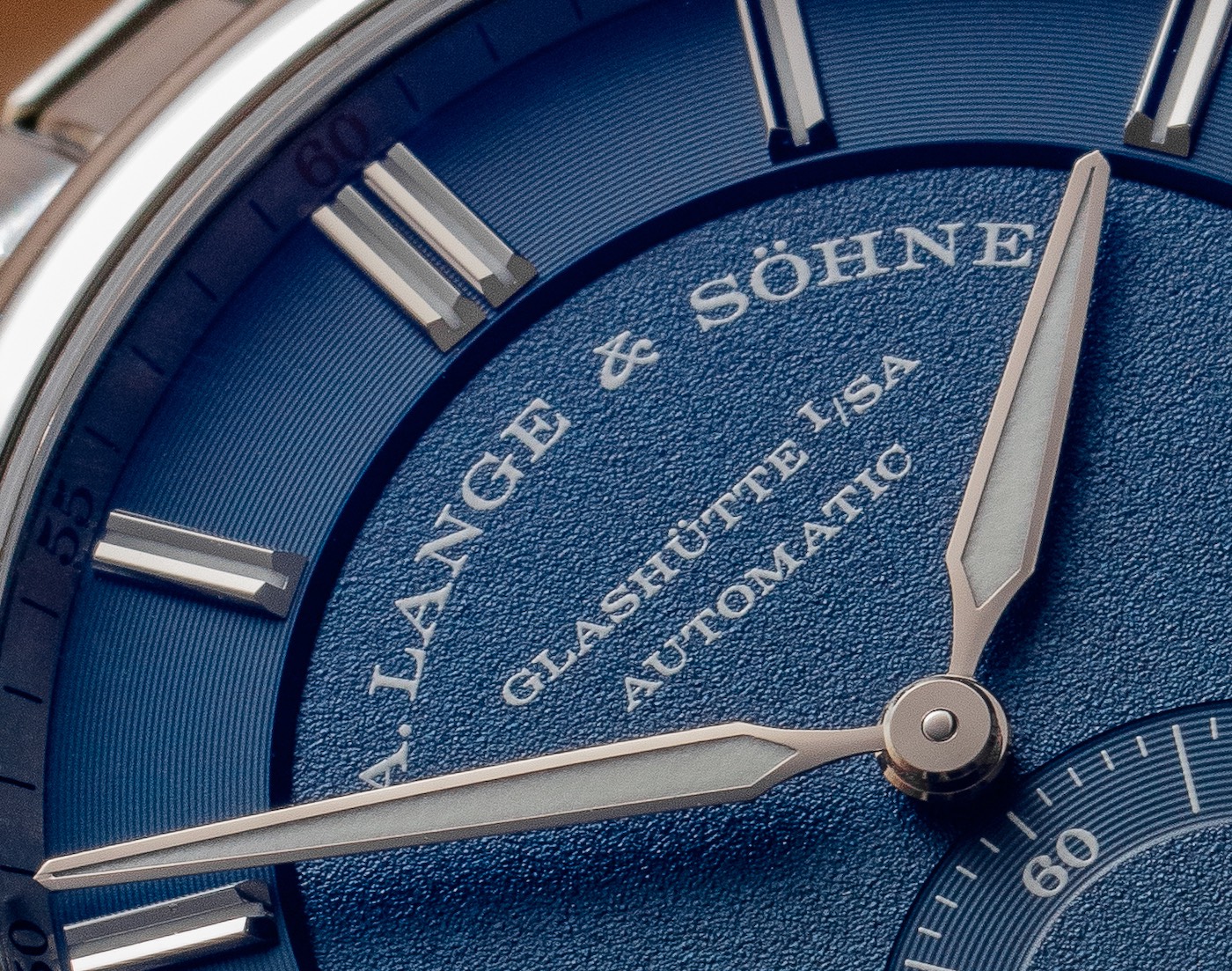 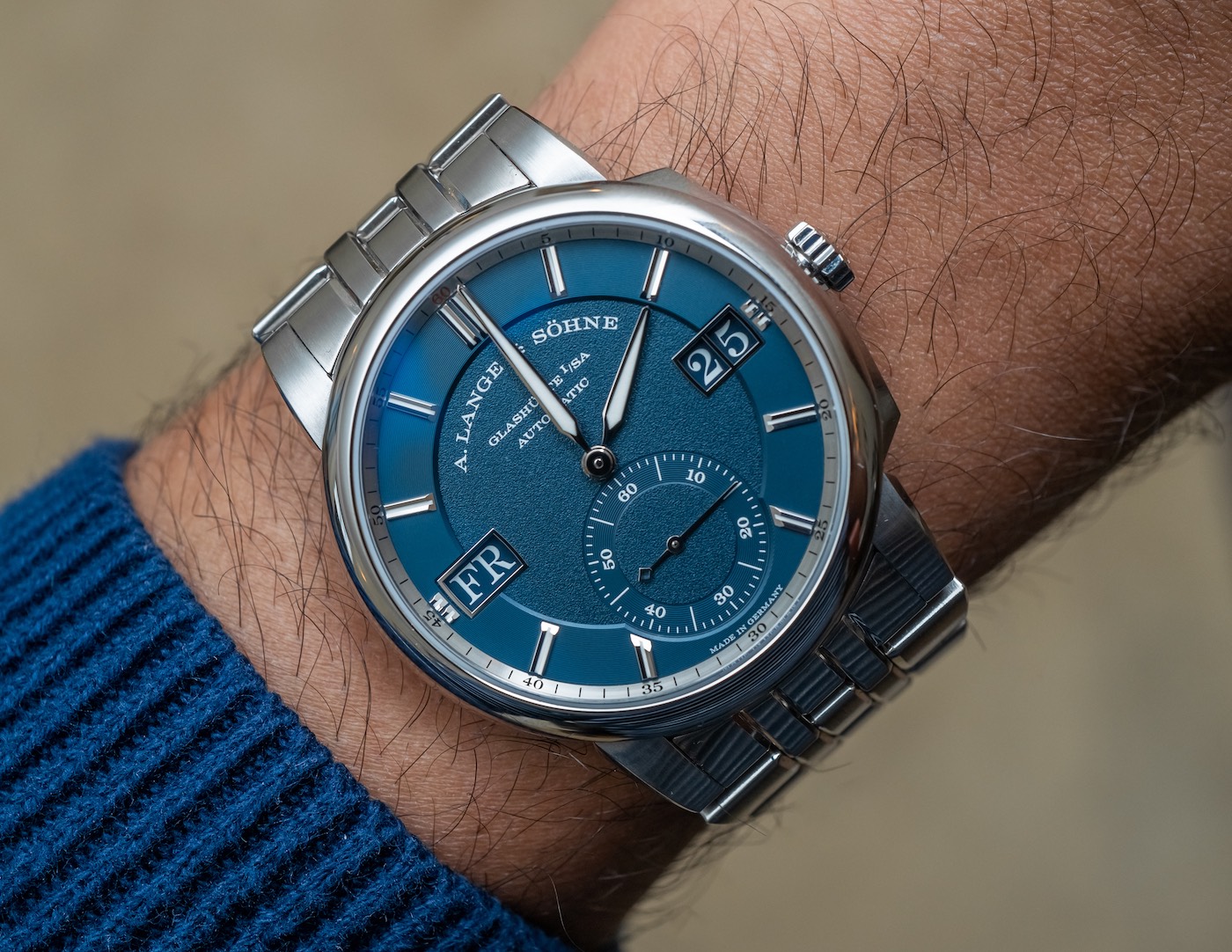 So, with all the chatter aside, how is the A. Lange & Söhne in the metal? In short, it’s a watch that is far more cohesive on the wrist than the sum of its individual parts would initially lead you to believe. It’s also finished to a level that many watches from the *shudder* “big three” (and beyond) are not at the Hertz-ian $28,800 price. 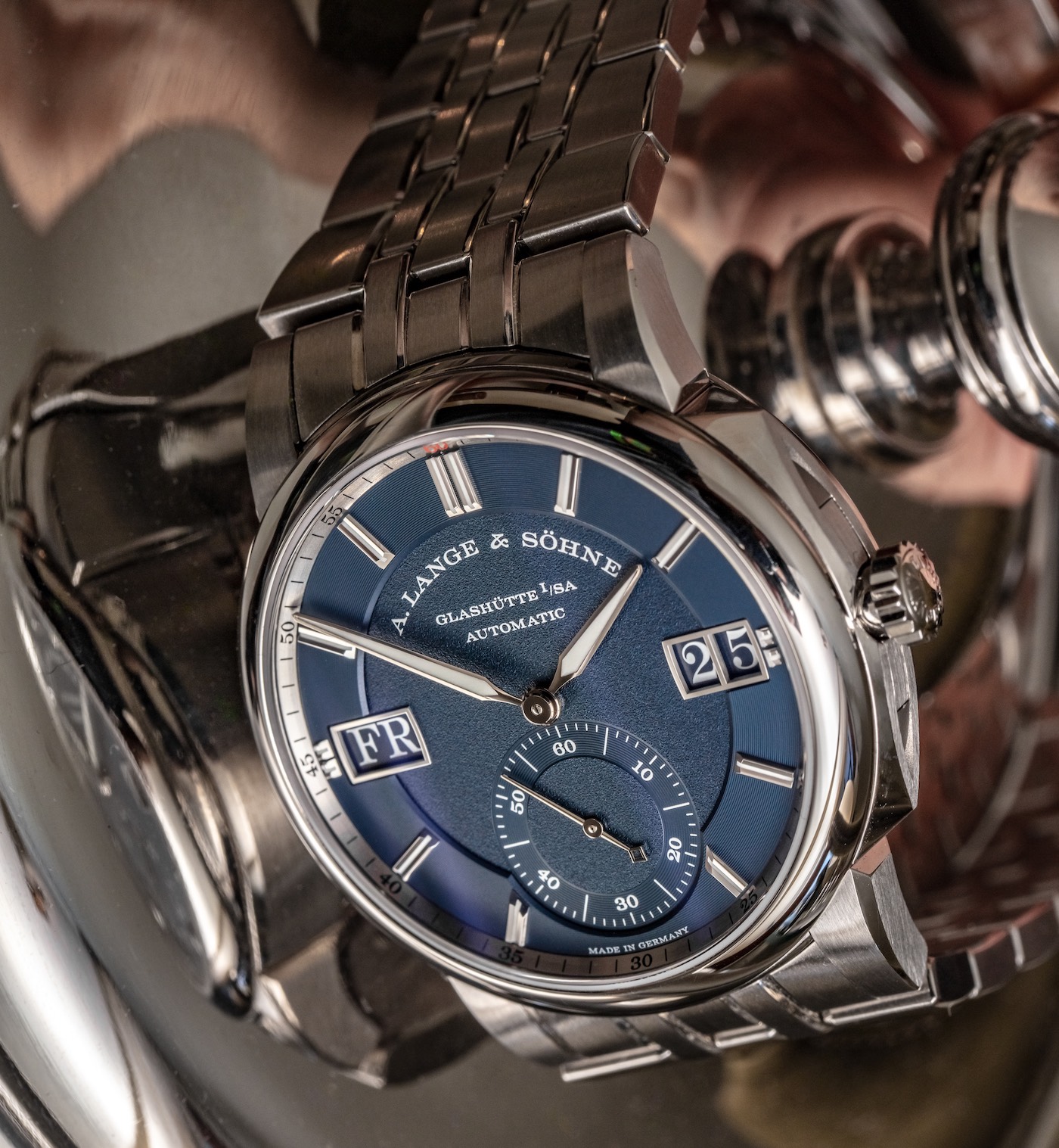 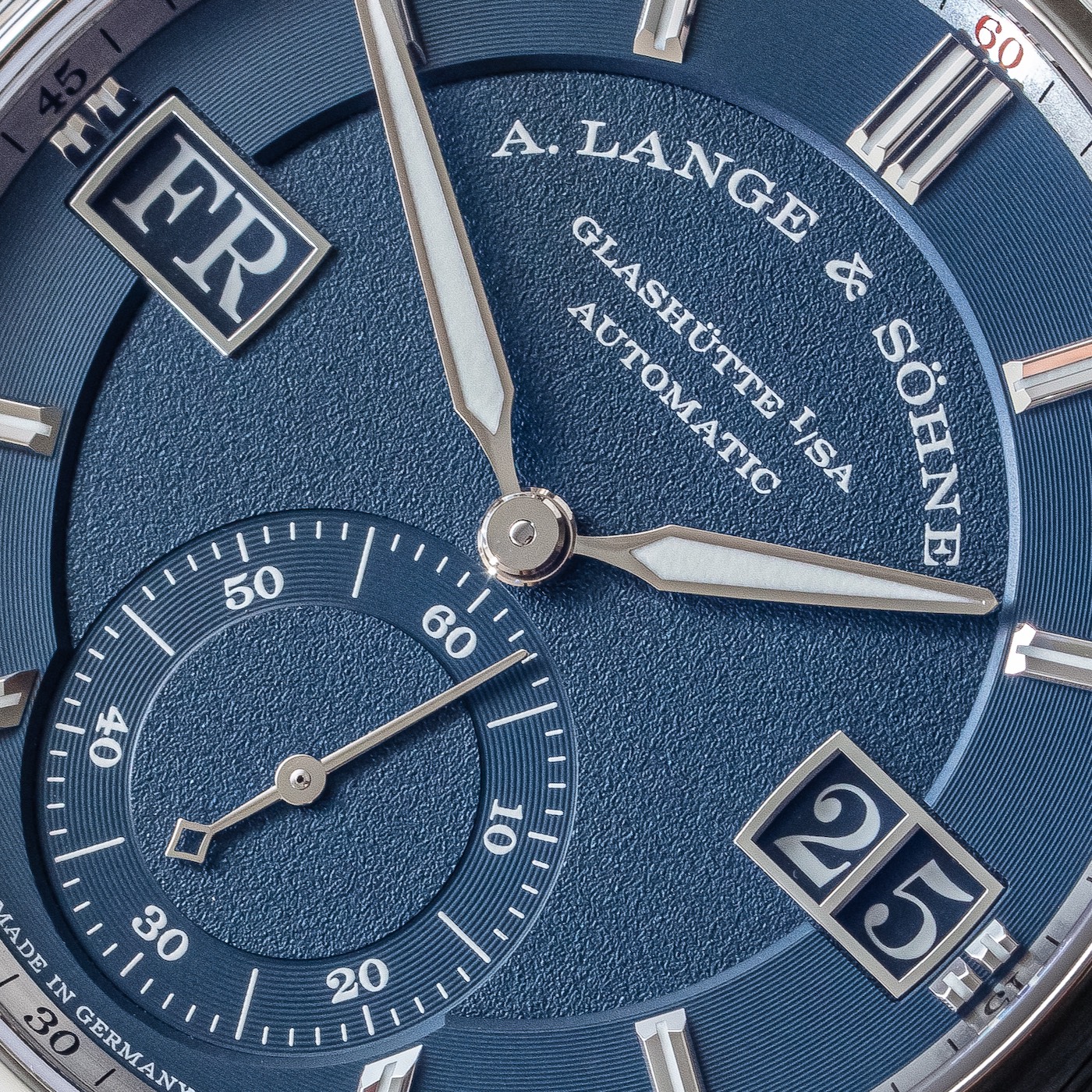 Something I realized while handling the Odysseus is that I truly appreciate when symmetry is respected but doled out inconsistently. I basically turn into the Tex Avery cartoon howling wolf when I see a really excellently done big date window on a watch, so you can only imagine my reaction to the Odysseus dial which, like the Zeitwerk, has day of the week display and big date display at 9 and 3 o’clock, respectively. Not only are they highly legible and just about ideally sized, they also add some symmetry to the dial, though their presence inherently takes that away from the 40.5mm-wide/11.1mm-thick case. 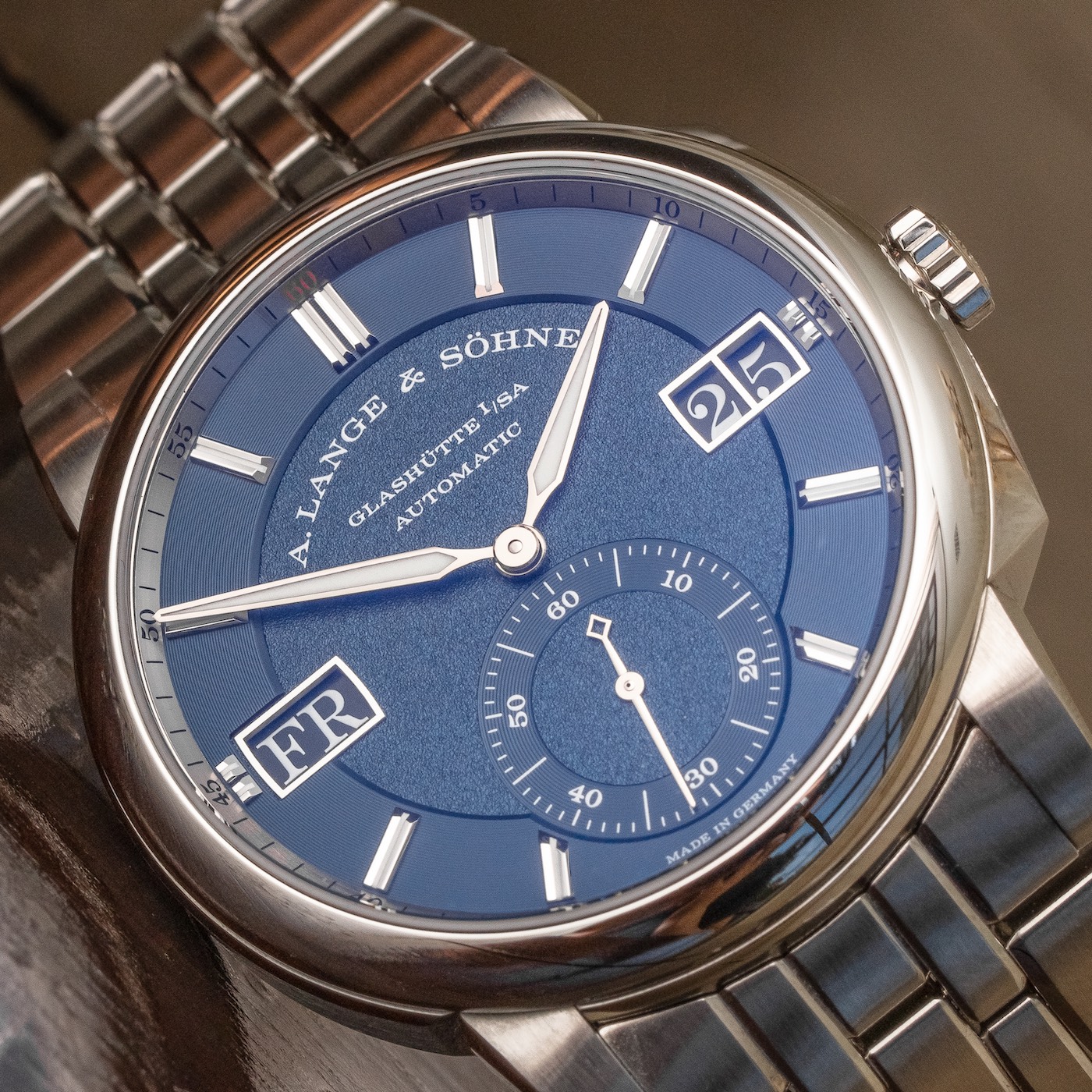 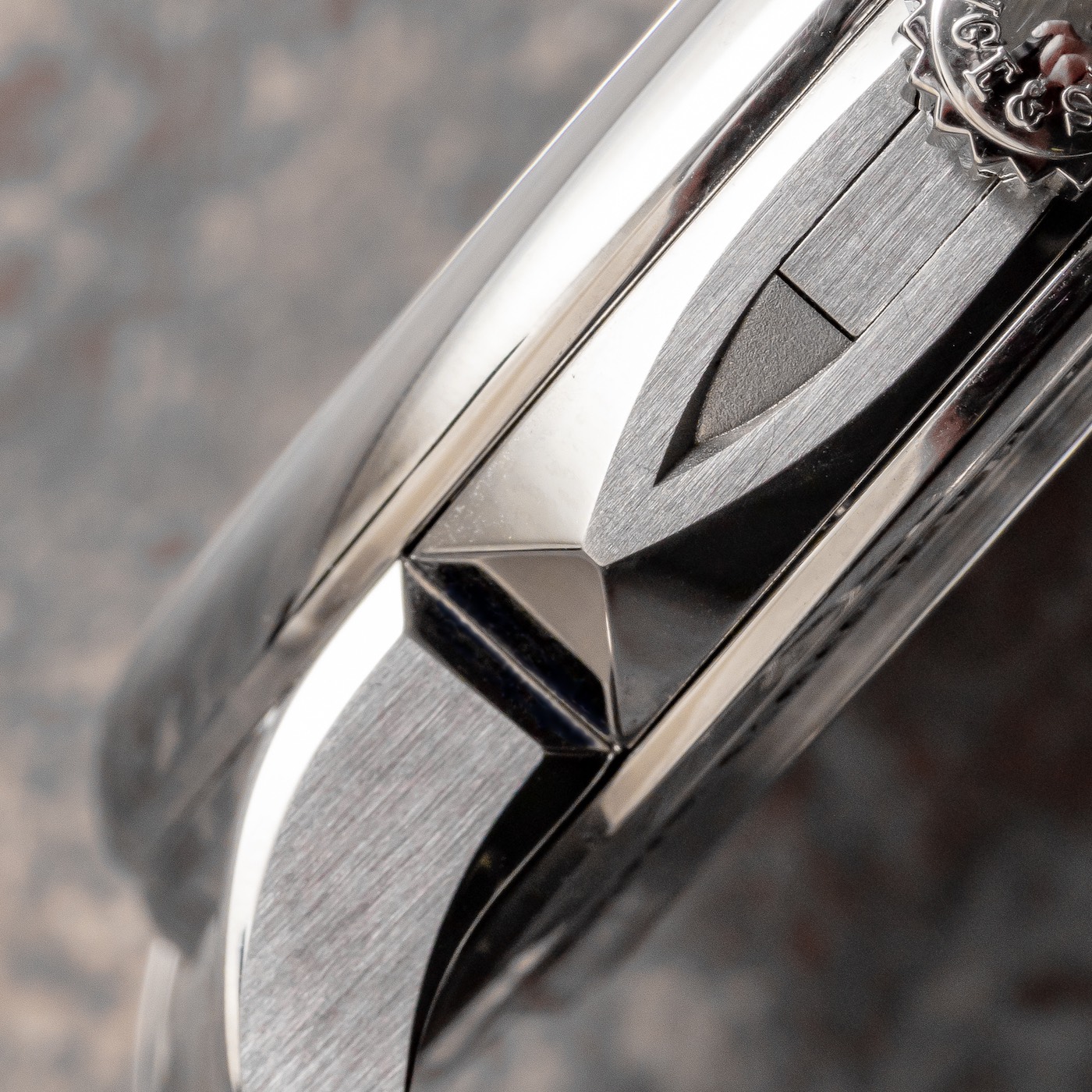 Of course, this is due to the pushers for each of those two displays that are on the side of the case. Like a beautiful house built into a hillside, the pushers aren’t “natural” to the case, but after one look they certainly enhance it and, after a few more, you can’t imagine them not being there. The integrated pushers are magnificently architectural when viewed from the side, with lines and curves that create such personality that is unique to the Odysseus. There is beveling and chamfering with brushed or polished surfaces that all work together to demonstrate that steel, as a material, can be as refined as any precious metal. 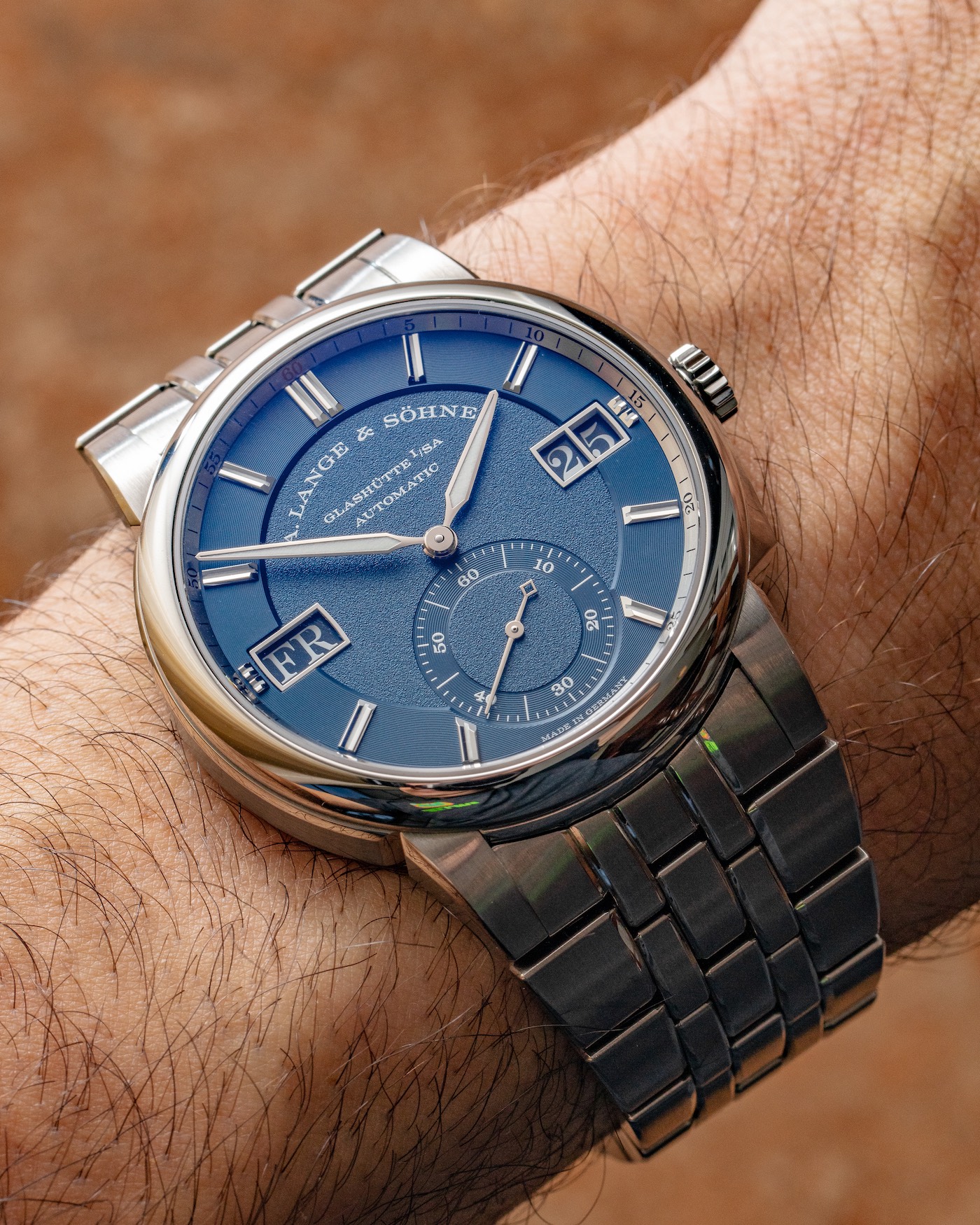 As with any dial, the critique really hinges on legibility, and Lange didn’t disappoint. The large, lumed, lancet-shaped hands are done in white gold along with the indices, all of which contrast against the blue dial with ease. Also simple yet clearly done with significant thought and attention is the dial, which varies between grained and concentric circles aka azurage. I’m a fan of the subsidiary seconds dial at 6 o’clock, though I know some people have griped that a sports watch should stick with a central seconds hand. To that I say, once again: leisure watch. 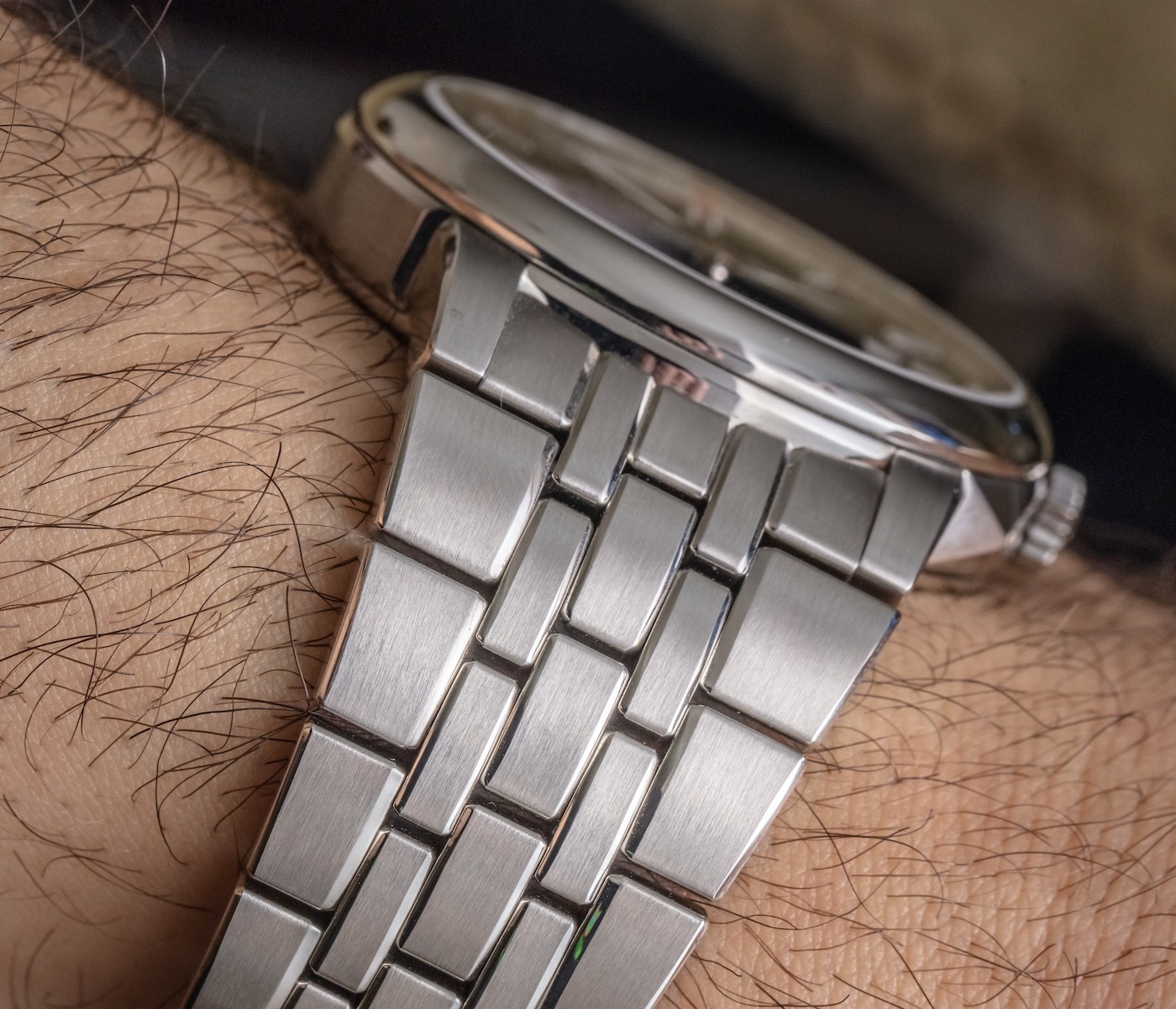 For all the attention the bracelet has gotten simply due to it being an integrated steel bracelet by Lange, the execution is very, well, German. The uniquely arranged and eclectically sized five-link design has brushed surfaces with polished bevels that result in a masculine, refined bracelet. Again, we are talking about a process that must have taken quite some time when you consider the detailed beveling, as well as the fact that there are three different styles of link and the outer links taper. 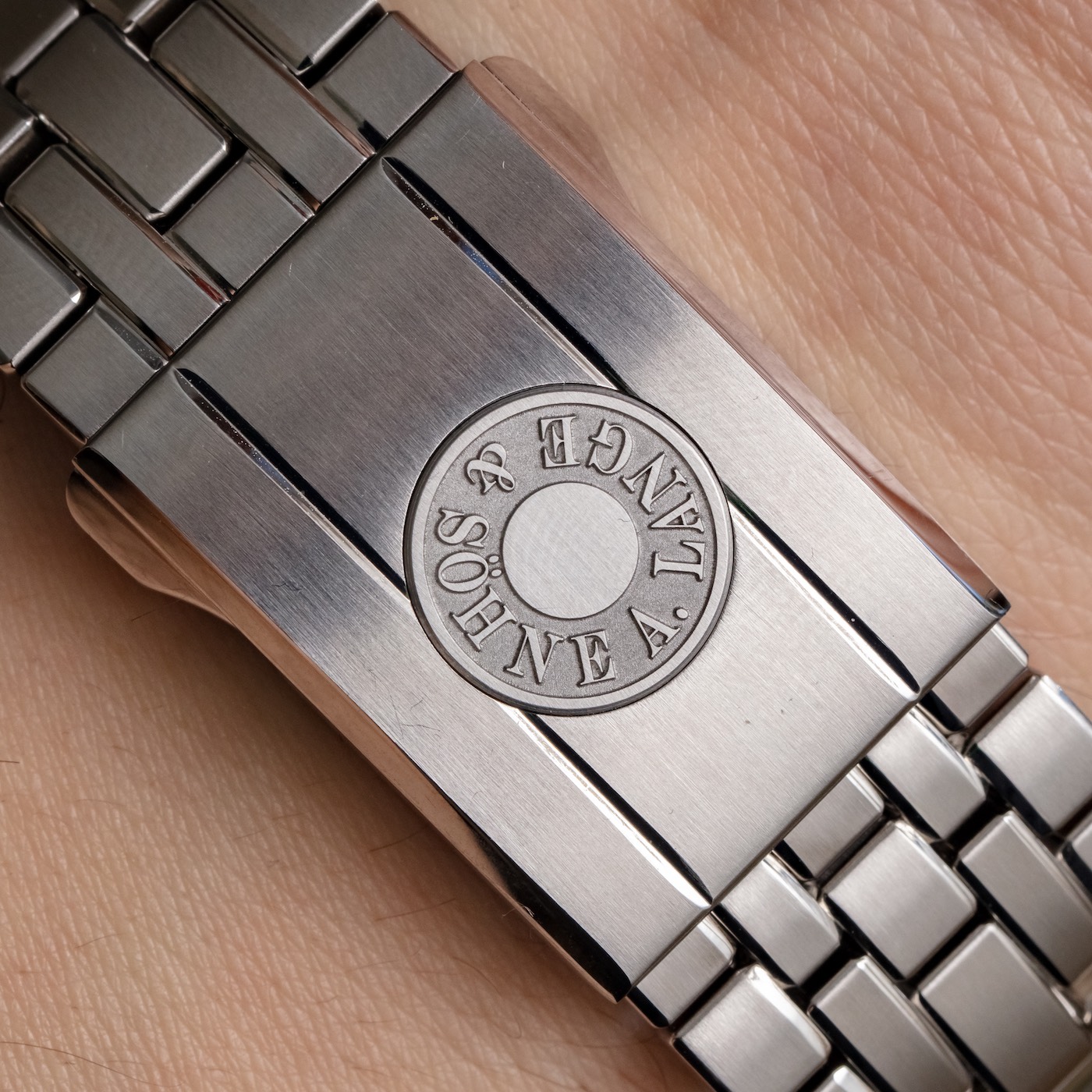 There’s something else about the bracelet that I appreciated as much as the design and crafting, and that is the fact that it didn’t tug on my arm hair. Seriously, it is why I avoid jubilee bracelets — but the Odysseus bracelet didn’t cause the agony that many of you readers are all too familiar with it. What is very cool and novel about the Odysseus is that the A. Lange & Söhne logo on the clasp can be pushed, allowing the wearer to adjust the length by up to 7mm without opening the buckle. 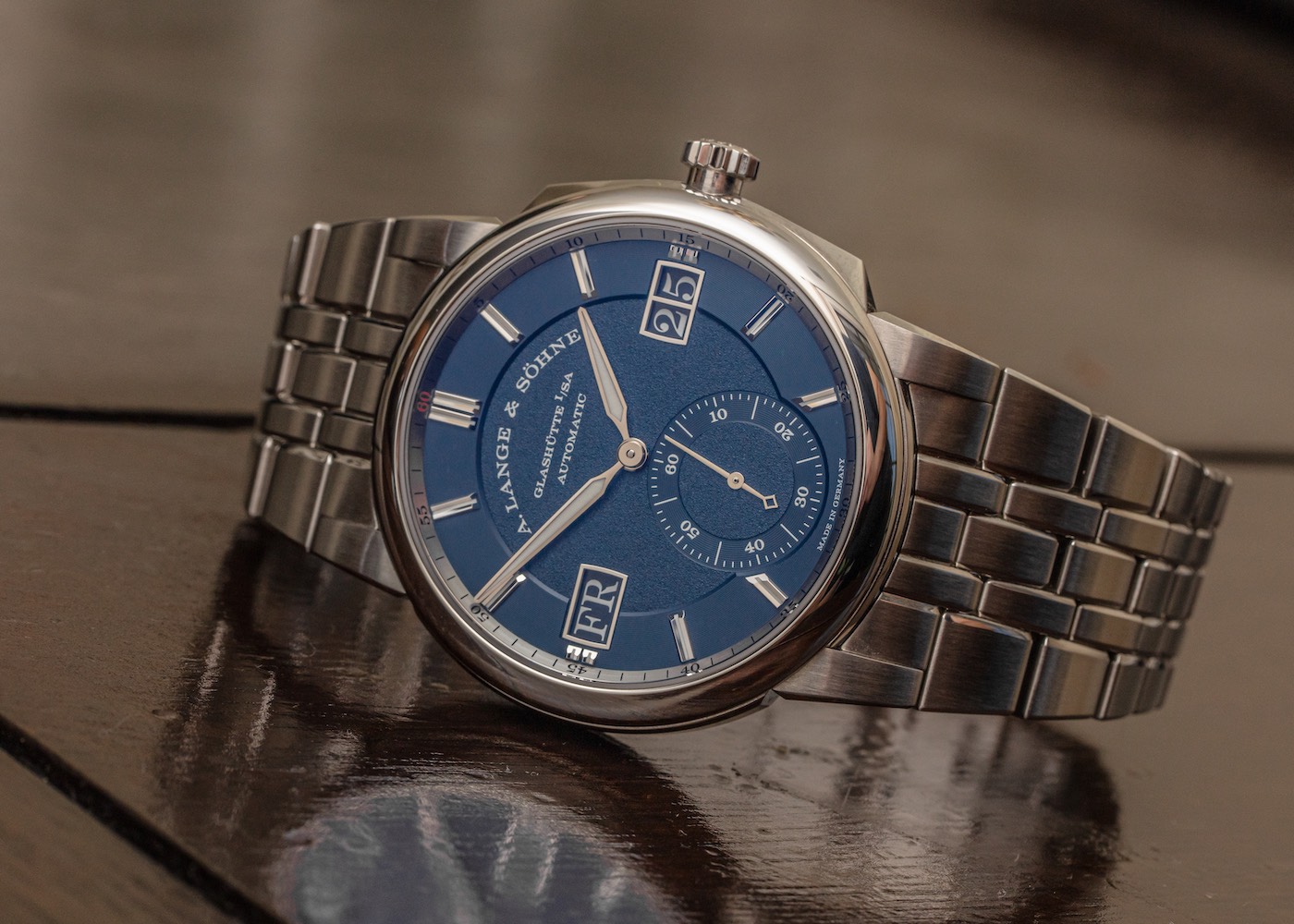 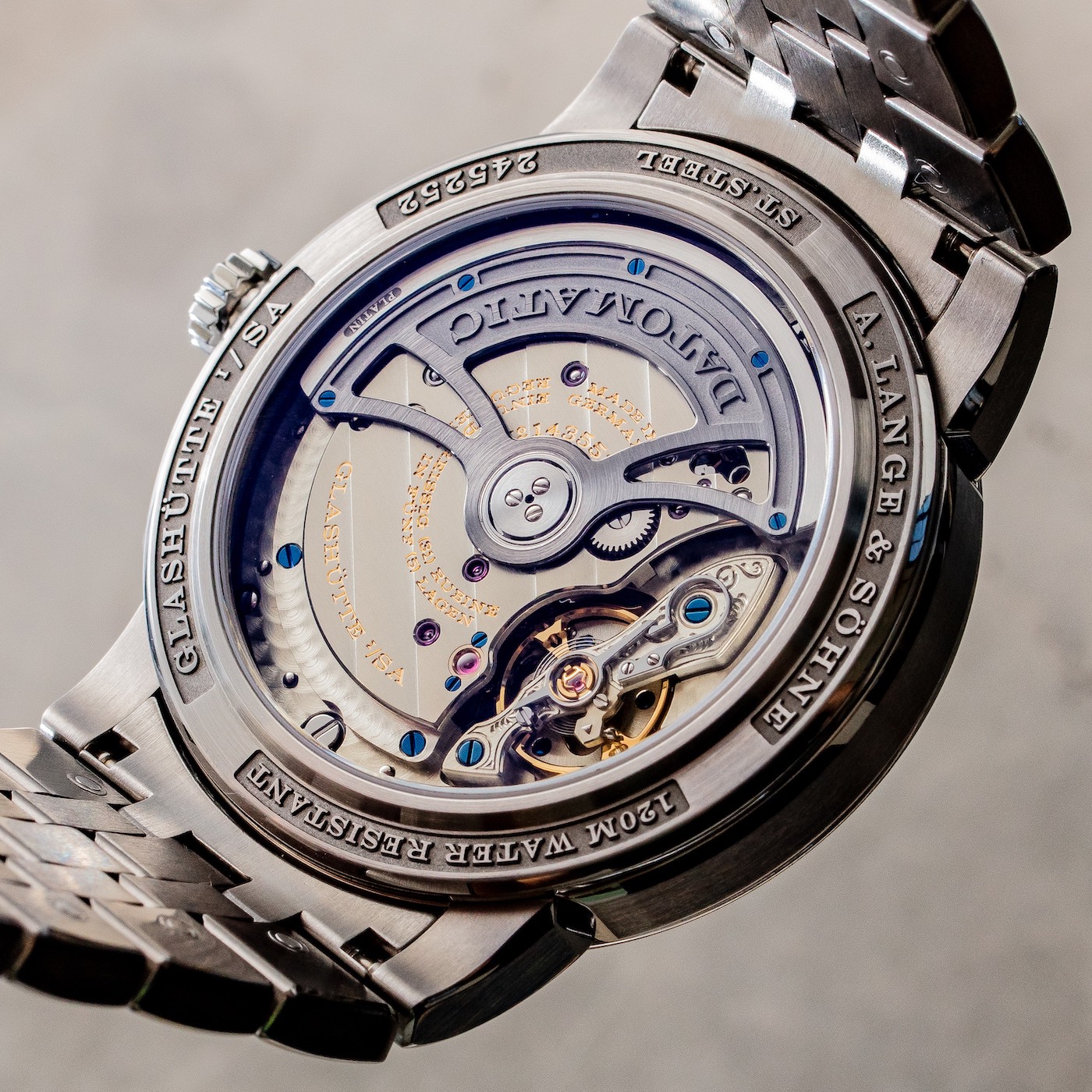 The brand new 50-hour power reserve L155.1 Datomatic caliber was covered quite exhaustively by our David Bredan when the Odysseus was released, so I will not get into too much detail about that here. The first Lange to operate at a smooth 4 Hertz (28,800 vph), the L.155.1 Datomatic also has a new and larger balance wheel that foregoes the standard balance cock for a bridge that’s secured at two ends rather than just one. The rotor is done in rhodium with a sleek thin platinum strip on the outer edge. Decorated and finished with perlage, Côtes de Genève, and that hand-engraved balance bridge, this movement is a wonder to look at, which is not at all surprising considering this is a Lange, through and through. Another point of note with the movement is how, at 32.9mm wide, the movement fits quite nicely in the 40.5mm wide case. 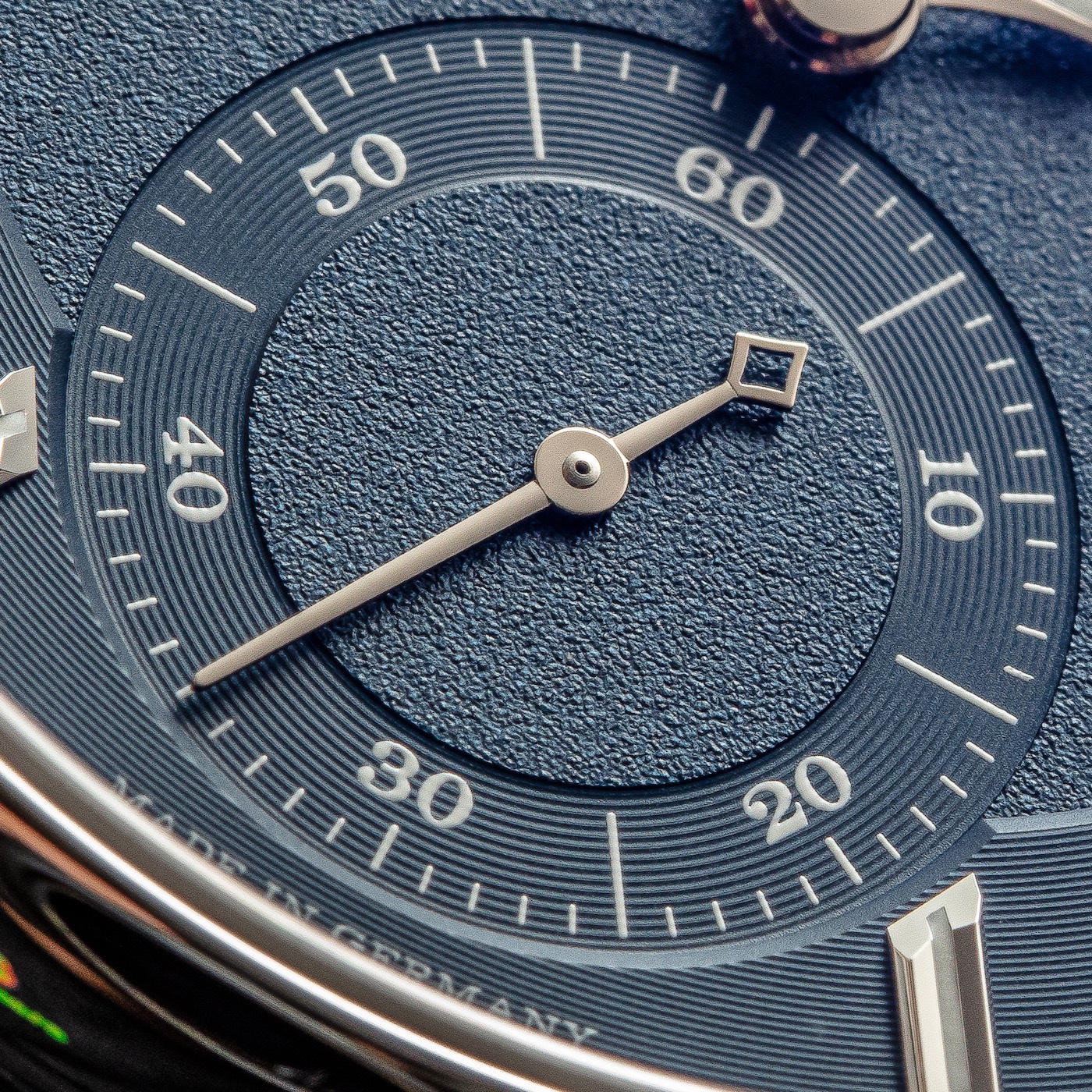 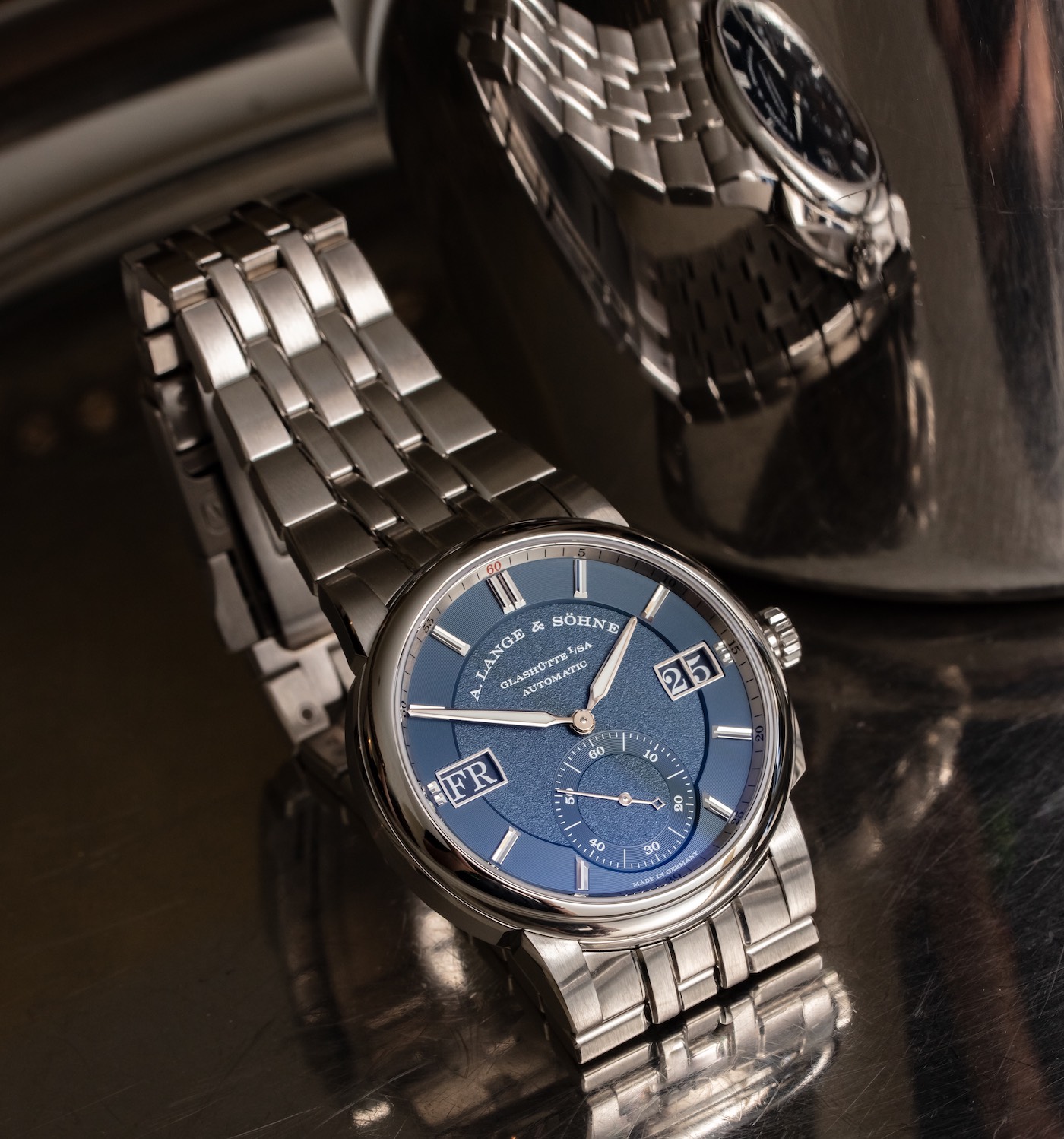 Finally, we get to the price. This is largely a moot point for two big reasons. The first point is that the watch is pretty difficult to get as it stands now, and waitlists are long even for collectors. The second point, of course, is that it’s nearly impossible to gauge the price against competition because we live in a world where a Nautilus, Aquanaut, or “Jumbo” Royal Oak are trading for multiples of retail price. That said, the Odysseus is priced at $28,800, which is a couple thousand dollars more than a Royal Oak Chronograph and just about the same as a Vacheron Constantin Overseas Chronograph (and substantially less than an Overseas World Time). All things considered, I think the A. Lange & Söhne Odysseus is one of the most compelling offerings from 2019 and the beginning of a collection that I’ll be watching and lusting after closely. You can learn more at alange-soehne.com.