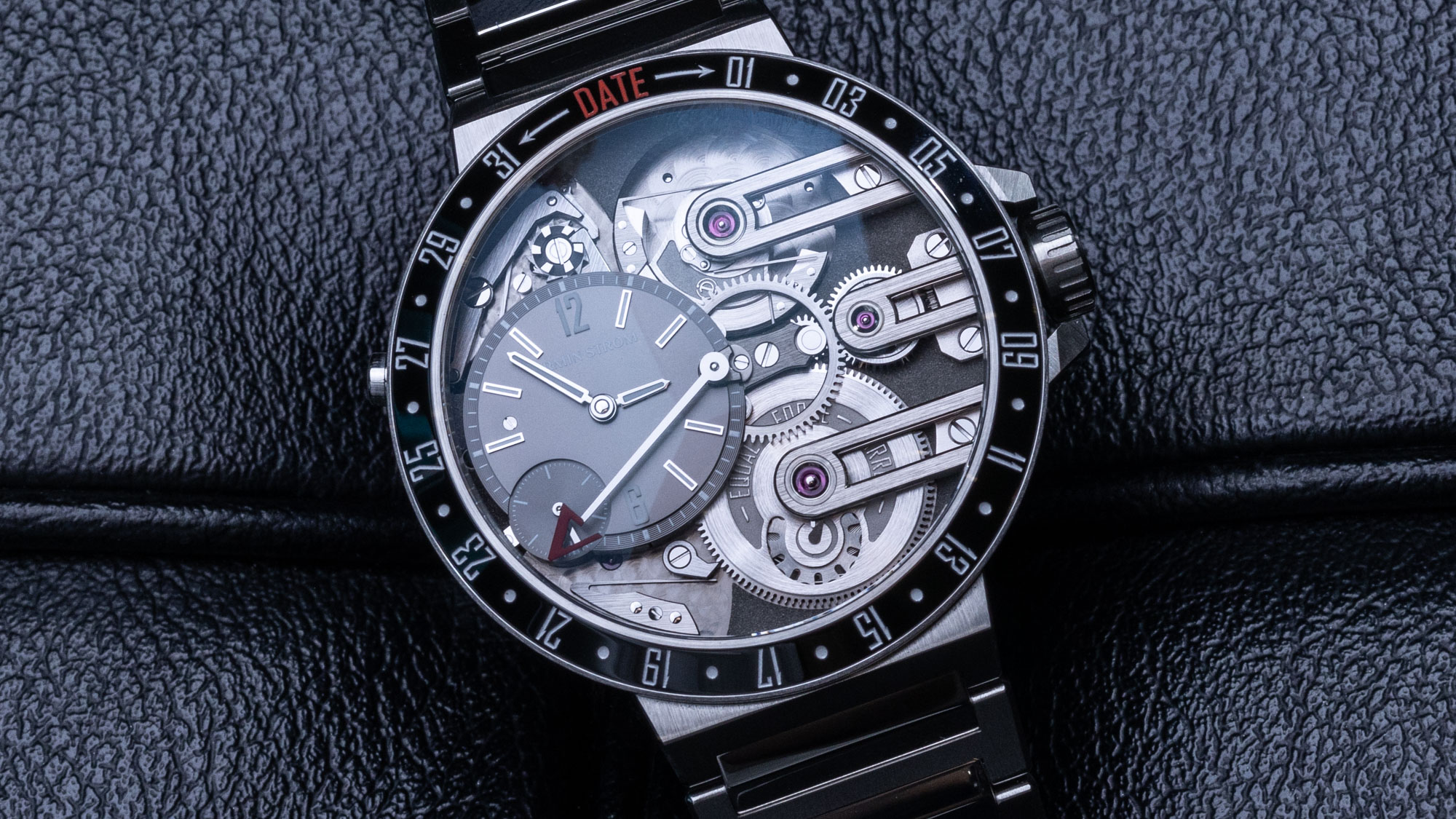 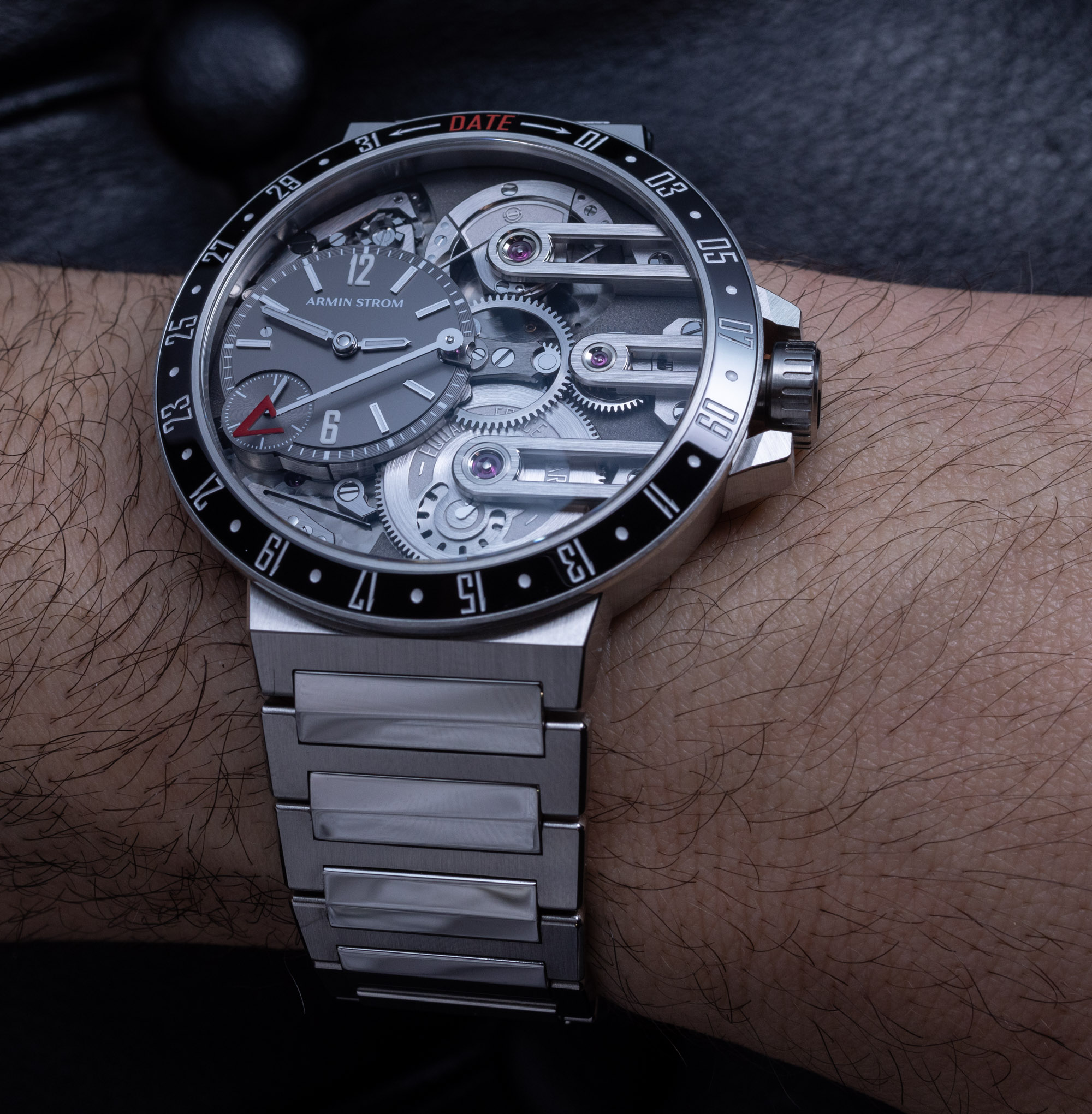 The Armin Strom Orbit is the high-end Swiss watch brand’s first serious entrant into the “case with integrated bracelet” timepiece, as well as the first watch I know about with an “on-demand date” system. In case you are wondering what that means, it goes something like this: In the default position, the pointer date hand isn’t pointing to the current date but rather dead-on at the 60-minute marker pointing to the word “Date” on the bezel. When you press the pusher located at the 10 o’clock position on the case, then the date hand moves to the current date position (the date scale is also written on the black ceramic bezel insert) and remains there unless you depress the pusher again. At about 11 o’clock on the face, you can see the column-wheel transmission system for on-demand pointer date complication. So, the concept is very similar to how a chronograph mechanism starts and stops.

Armin Strom came up with the idea really out of a desire to do something different. The brand is not alone. Relatively small manufacturers like Armin Strom that can produce its own movements typically don’t like to release products unless it’s possible to develop something original. The artistry inherent in watchmaking of this ilk lends itself poorly to emulation, so there is always a healthy search for novelty. Armin Strom isn’t trying to claim that it is offering a new piece of functionality here, but the Orbit does offer a fresh perspective on a complication that is pretty boring most of the time. Brands are probably wise in general to stop trying to invent new ways to indicate the time and reach for the more accessible feat of thinking of new ways to display classic secondary complications. So, in that regard, I am all about what Armin Strom is trying to do with the Orbit watch. 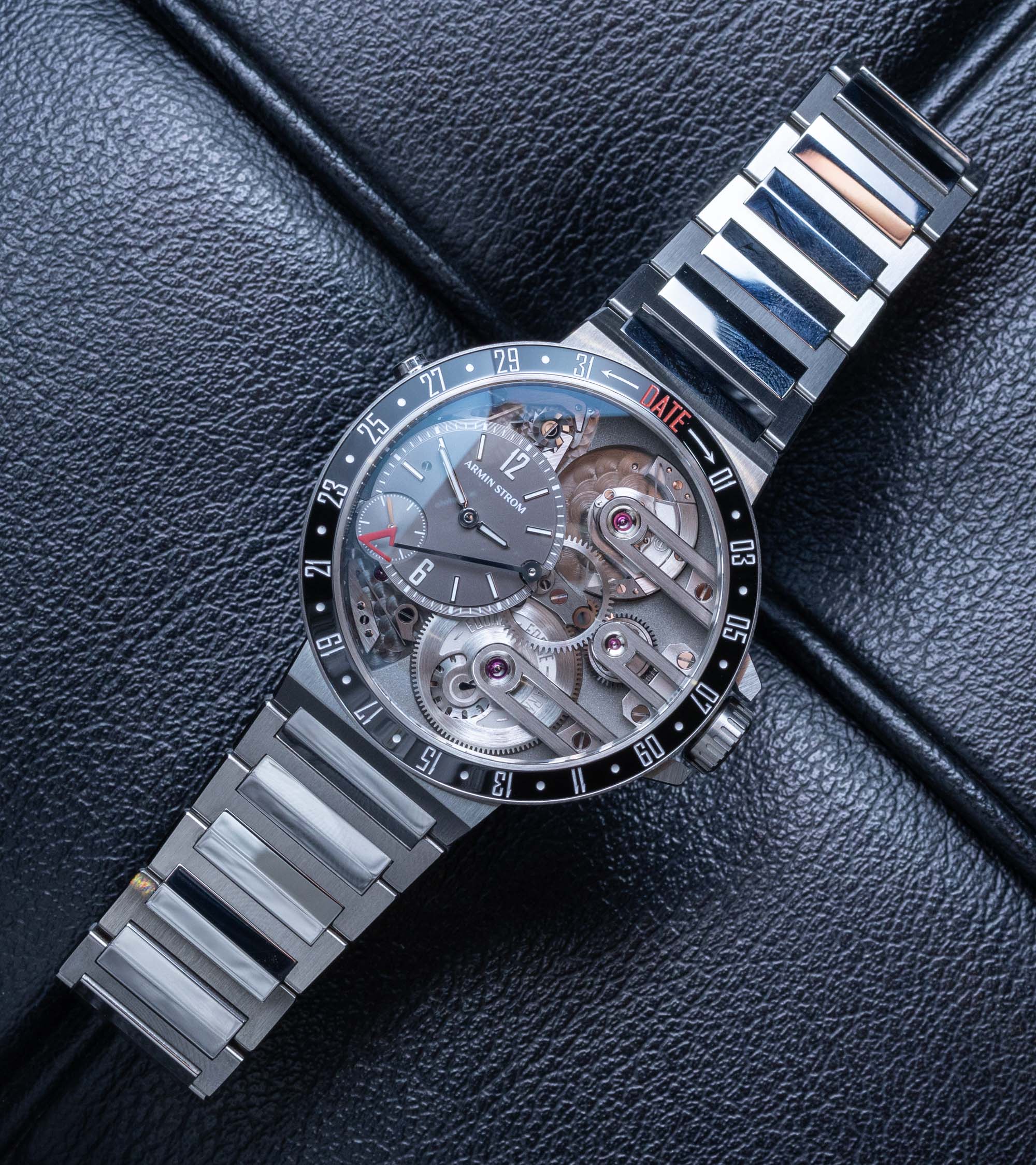 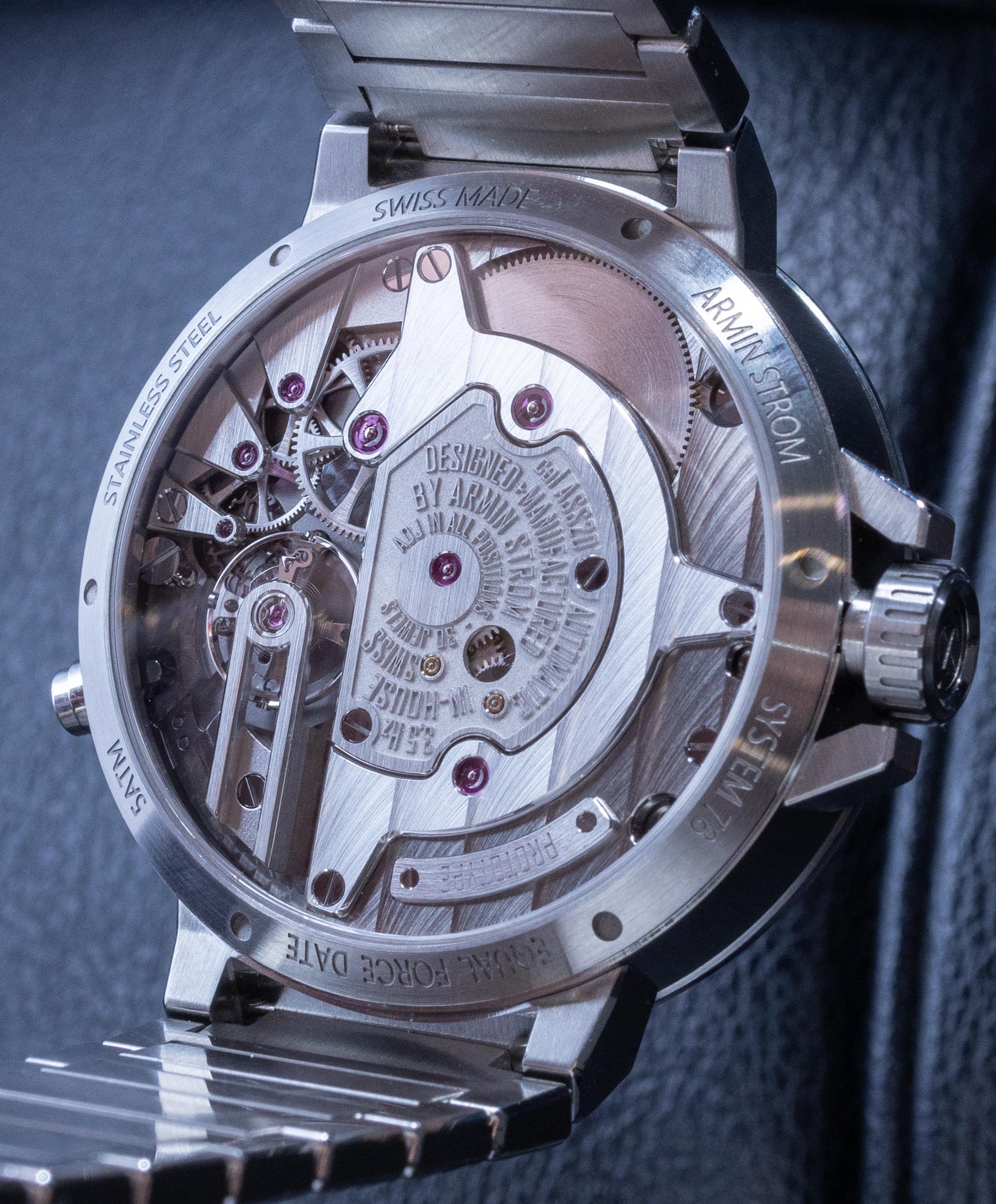 The movement inside the Orbit is the Armin Strom in-house caliber ASS20. It closely resembles the current aesthetics the brand has been building into its movements, which are more classic and a bit less futuristic than some of its (very cool, might I add) previous-generation products. I am very glad that the ASS20 is one of Armin Strom’s automatic movements, which uses a hard-to-see micro-rotor located on the dial side at around the 1 o’clock position on the case. The movement operates at the uncommon frequency of 3.5Hz (25,200 bph) and offers three days of power reserve. The movement is 8.42mm-thick (on the thicker side) but really designed as a visual spectacle more than to be thin. The three horizontal bridges on the dial side of the movement are a now common signature of many Armin Strom watches. The movement is also very nicely decorated, with a mixture of lavish yet industrial lines, as well as elements of hand-polishing and -beveling.

Armin Strom uses a system it calls “Equal Force Barrel,” which I believe is a form of constant force (for timing accuracy) mechanism that is based on solving for the fact that the mainspring does not release a consistent level of force during its winding cycle because it is tighter when fully wound, going to a state of being weaker when it is nearly unwound. I’ve not been briefed on how it works, but the idea is that the Equal Force Barrel system probably adjusts for this change in released energy by having some type of non-linear gearing associated with it. What I am most curious about is how systems like these actually have an effect on real-world performance. Most watch brands (Armin Strom included) typically don’t actually report on performance, so one can never really be sure how much these systems are mostly about emotional impact and concept, or rather impressive gains in performance. My suspicion is that most of these systems do help performance a little bit but not with numbers that might be impressive enough to shout about. In any event, I really do like stuff like this and feel that anyone who ends up wearing an Armin Strom Orbit is probably the type of timepiece enthusiast who would like nothing more than to tell strangers about the engineering of their mechanical wristwatch. For example, they can puzzle onlookers by also mentioning that their Armin Strom mechanical watch movement also comes with a 10-year warranty. 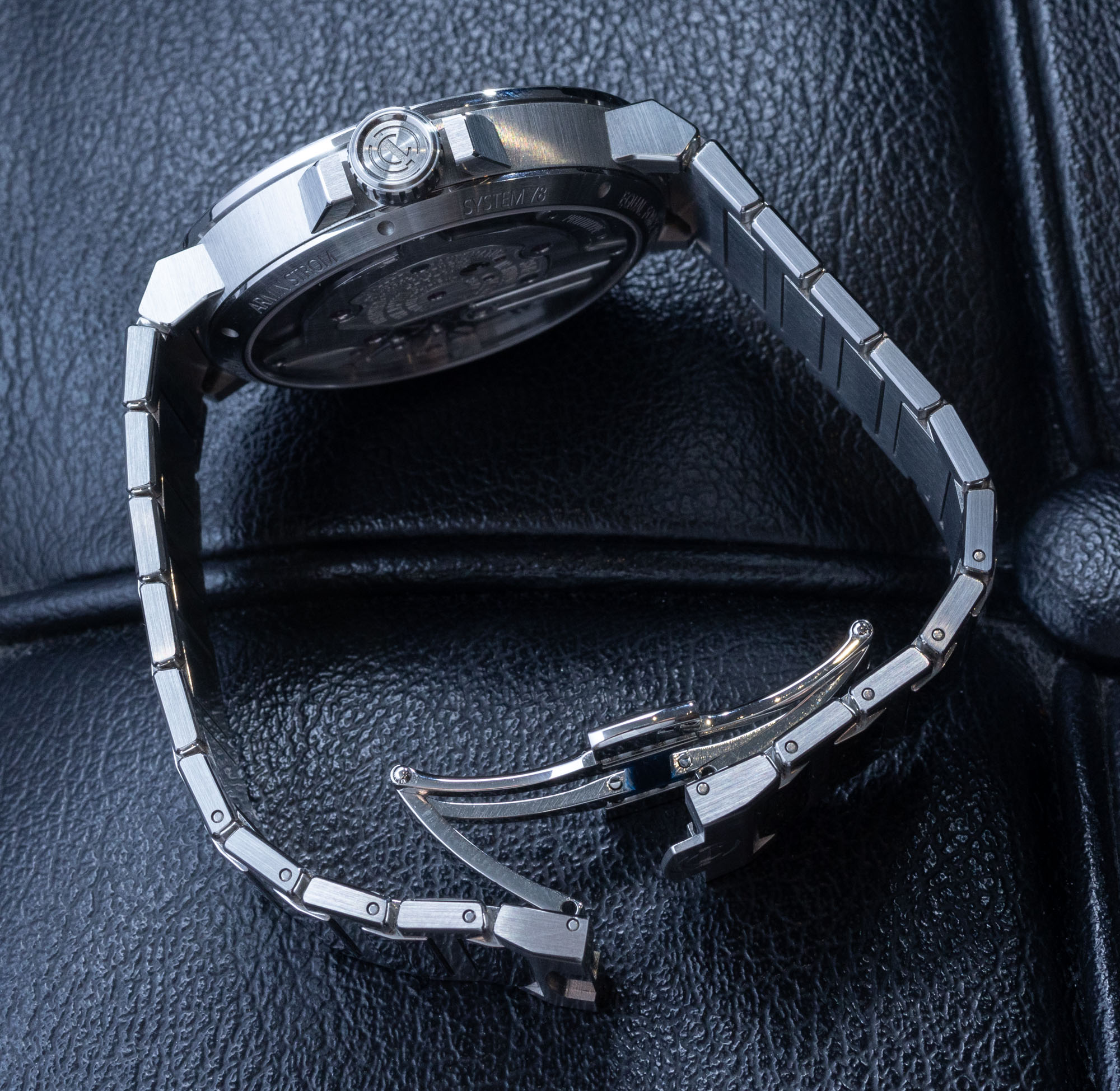 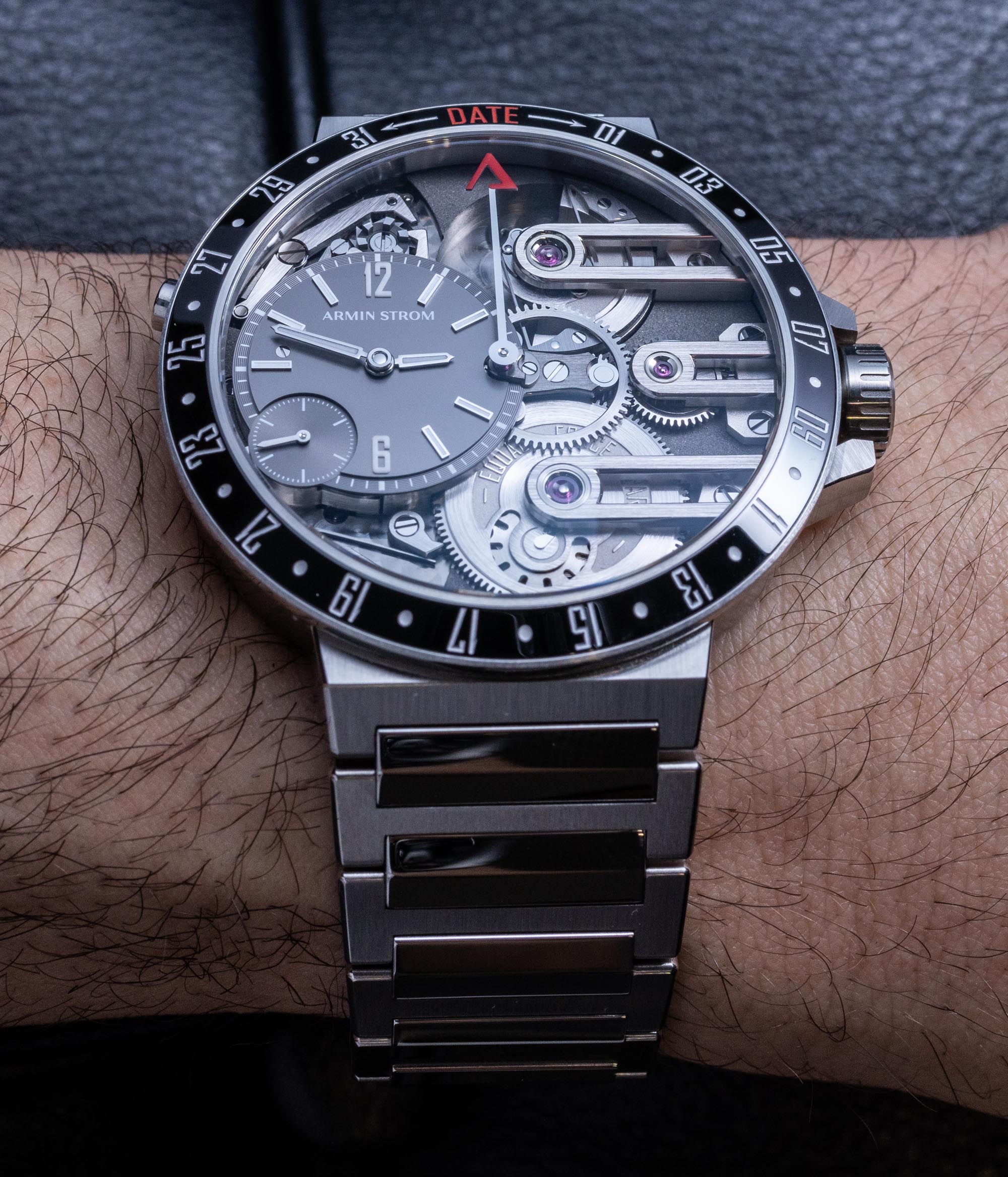 The Armin Strom Orbit case is 43mm-wide and 12.6mm-thick with a 49mm lug-to-lug distance. The case is in steel (water resistant to 50 meters) with attractive polishing and, of course, lugs that integrate into the bracelet, which tapers from about 22mm-wide to 20mm-wide at the claps. The bracelet is a version of the classic H-link with polished center links. It is a nice look, but it doesn’t feel as original in design as the rest of the Orbit watch. The case and bracelet make good use of contrast polishing and the case is otherwise mostly clean, save for the inset pusher to adjust the date. I do have to say that I would have preferred for this movement to not require an inset pusher to adjust the date. It just feels off in a product for which such a big focus is the date, meaning that, in my opinion, such a complication should have had its adjuster integrated into the crown.

Reading the time on the eccentric subdial for the time on the dial isn’t too bad, actually. Given that this is a sportier watch, Armin Strom decided to put luminant in the hands and hour markers, which is a welcome departure from similar dials the brand makes with hard-to-read skeletonized hands. Also nice is the integrated subsidiary seconds dial at the 8 o’clock position on the case. Yes, reading this dial requires good vision if you want to see it in detail, though with the bright red “A” arrow hand and the legible text in white ink on the contrasting black ceramic bezel insert, reading the date (when the system is activated) is easily the most readable thing on the Orbit watch. 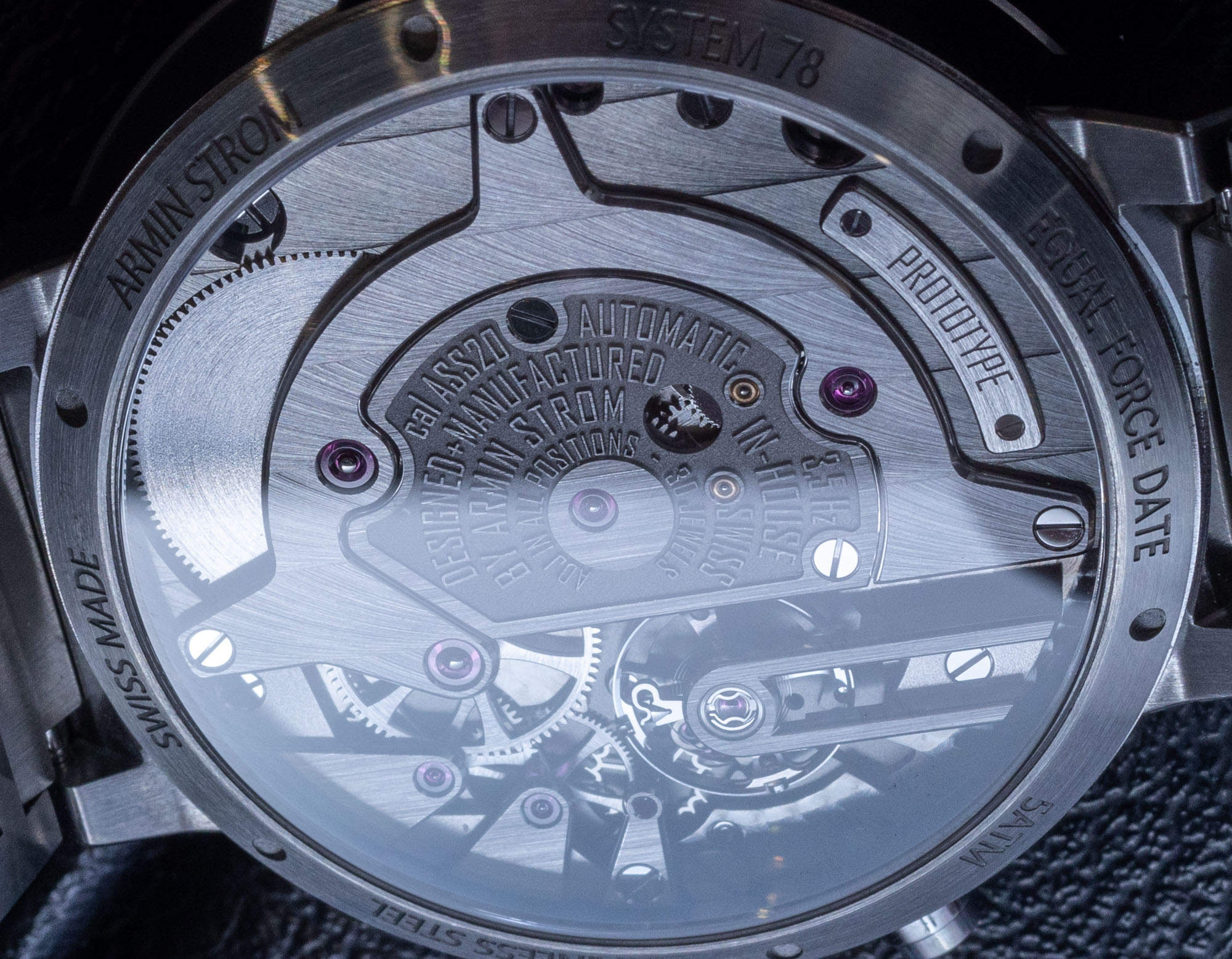 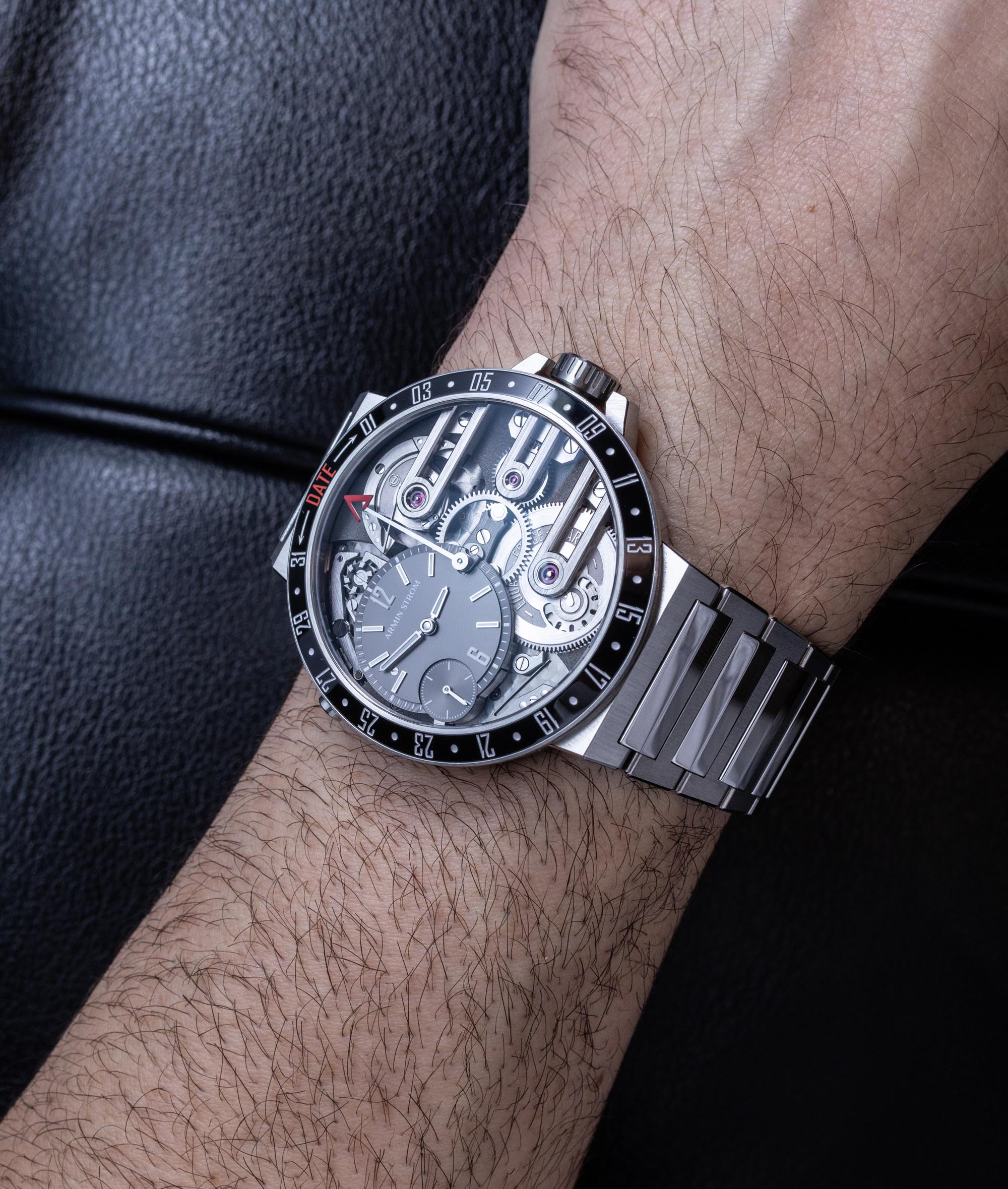 Armin Strom began the Orbit collection with the limited edition of 25 pieces reference ST22-OR.75 “Orbit First Edition,” which had a dark gray (the one I shot for you in this article) for the subdial that indicates the time. The watch currently for sale is the reference ST22-OR.90 Orbit Manufacture Edition with a black (versus gray) subdial, and it is a non-limited-edition piece, though Armin Strom pretty much only makes them on order, as I understand. Both the First Edition and Manufacture Edition watches have the same price. I think Armin Strom did a cool thing with the Orbit, but the concept still has a few refinements to make before we can consider this a new classic. The overall concept is still a bit too niche and, for now, appeals to the most serious enthusiasts who can admire the novelty and the spirited aesthetics of the competent Armin Strom brand. Price for the Armin Strom Orbit First Edition and Manufacture Edition watches is 29,500 Swiss Francs. Learn more at the Armin Strom website here.